For all of its misgivings, and as much as you probably don't want to admit it, social media plays a huge part in most of our lives. There's a very real chance you came across this very article while scrolling on social media. Since many games are trying to be as immersive, and in a lot of cases as true-to-life, as possible, it only makes sense that they would also include their own versions of social media sites, and players have been sharing their favorites from over the years.

The thread was started by Jintor on ResetEra who gets things started by shouting out Spider-Man's social media feed. The feature plays a big part in both of Insomniac's Spidey games as Miles Morales lets people who need his help use an app to get in touch. You can also keep an eye on what NYC citizens are saying about the web-slingers on social media, and a lot of it sounds just like what people might say if the games were real, minus the hate and profanity.

Spider-Man's social media offerings get a lot of love in the thread, but the series getting the most attention is deservedly Grand Theft Auto. Rockstar first introduced social media elements to its games in GTA 4 and really upped the ante in GTA 5. Your phone plays a major part in the game and references to its in-game websites and social media platforms can be heard on GTA's radion stations and throughout both maps. 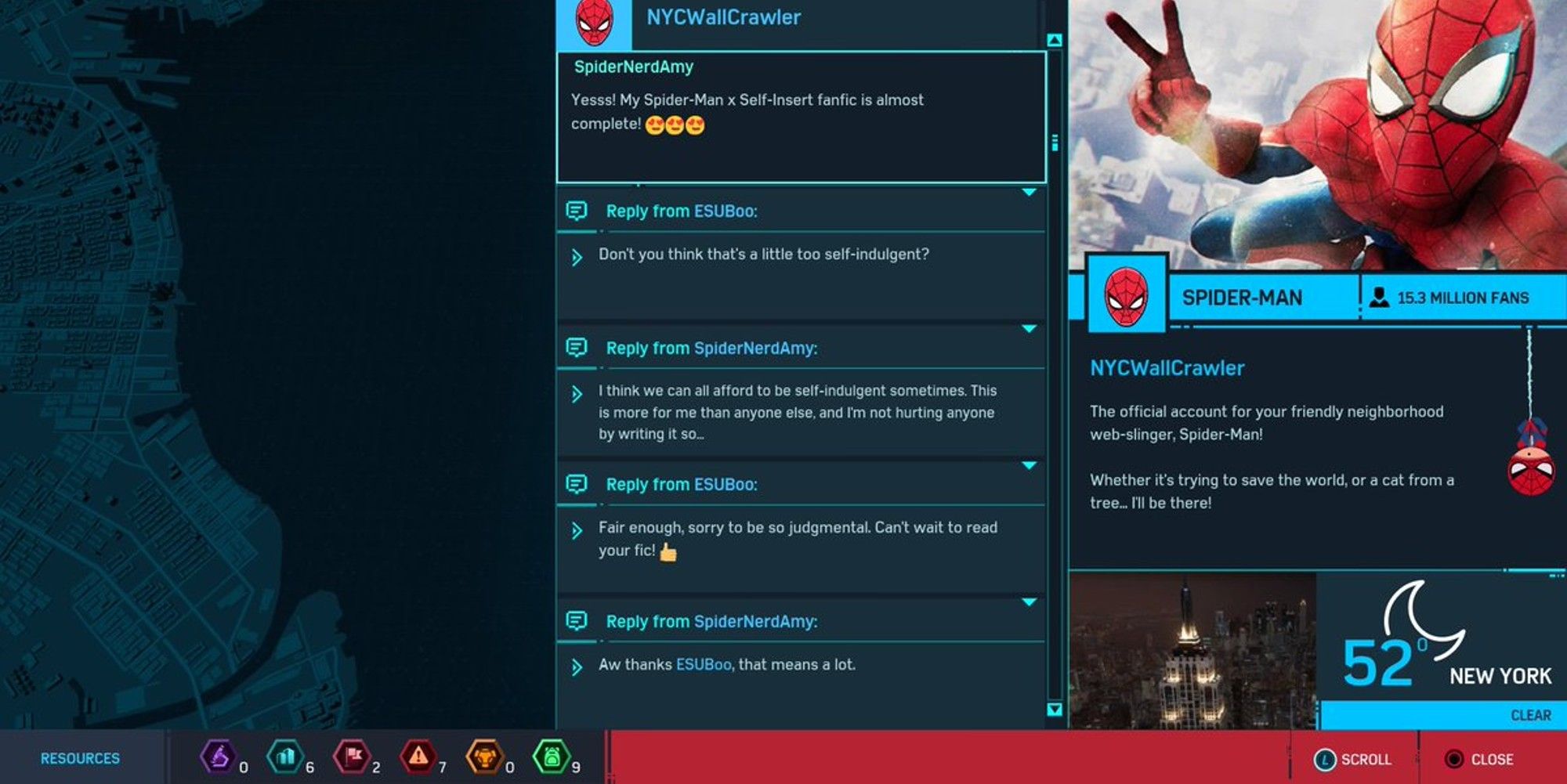 Whereas a number of you will have experienced what Spidey and GTA have to offer, some of the more obscure hat tips in the thread are the most fun. Things you might have missed even if you played the games in question. Kiryu microblogging on his phone in Yakuza 3, and Selphie's blog about the Garden Festival in Final Fantasy 8.. An example of in-game social media before the term had even been coined in Selphie's case.

Some of the examples serve as reminders that developers sometimes put so much detail into a game's fake social media platform, you might sometimes find yourself scrolling through it as if it's real. There isn't really much mention of social media feeds in sport sims in the thread, a genre in which they arguably play a bigger role than anything else mentioned above. In Football Manager and WWE 2K22's MyGM, what fans are saying about you and your work on Twitter can make or break your virtual career.