Heart is engine. Legs are power generators. You stop – you die. Strong opening words from Meatgrinder, the Duke Nukem and Clustertruck-inspired boomer shooter that's just launched a free demo on Steam. It has to be experienced to be believed. It's a frantic dash to the front of the queue, leaping over lorries, gas tankers, and murderous punks. It's like the highway scene from Matrix Reloaded distilled into a video game. It's Meatgrinder.

The premise is simple, you have to keep your BPM up or you start to lose health and eventually die. So, just keep moving, quickly. You can wall jump and dash to get around quickly. The problem is, everything is moving very bloody fast. Trucks continually race ahead as punks jump out of the trailers and shoot, kick, and swing crowbars at you.

I'm a console player, so I don't have a fancy gaming PC or even much ability with a mouse and keyboard, but my cummy laptop and frail fingers still got me through to the first boss after just a couple of tries. The boss was a hummer with spikes and a missile launcher. It was one of the coolest things I've ever seen. 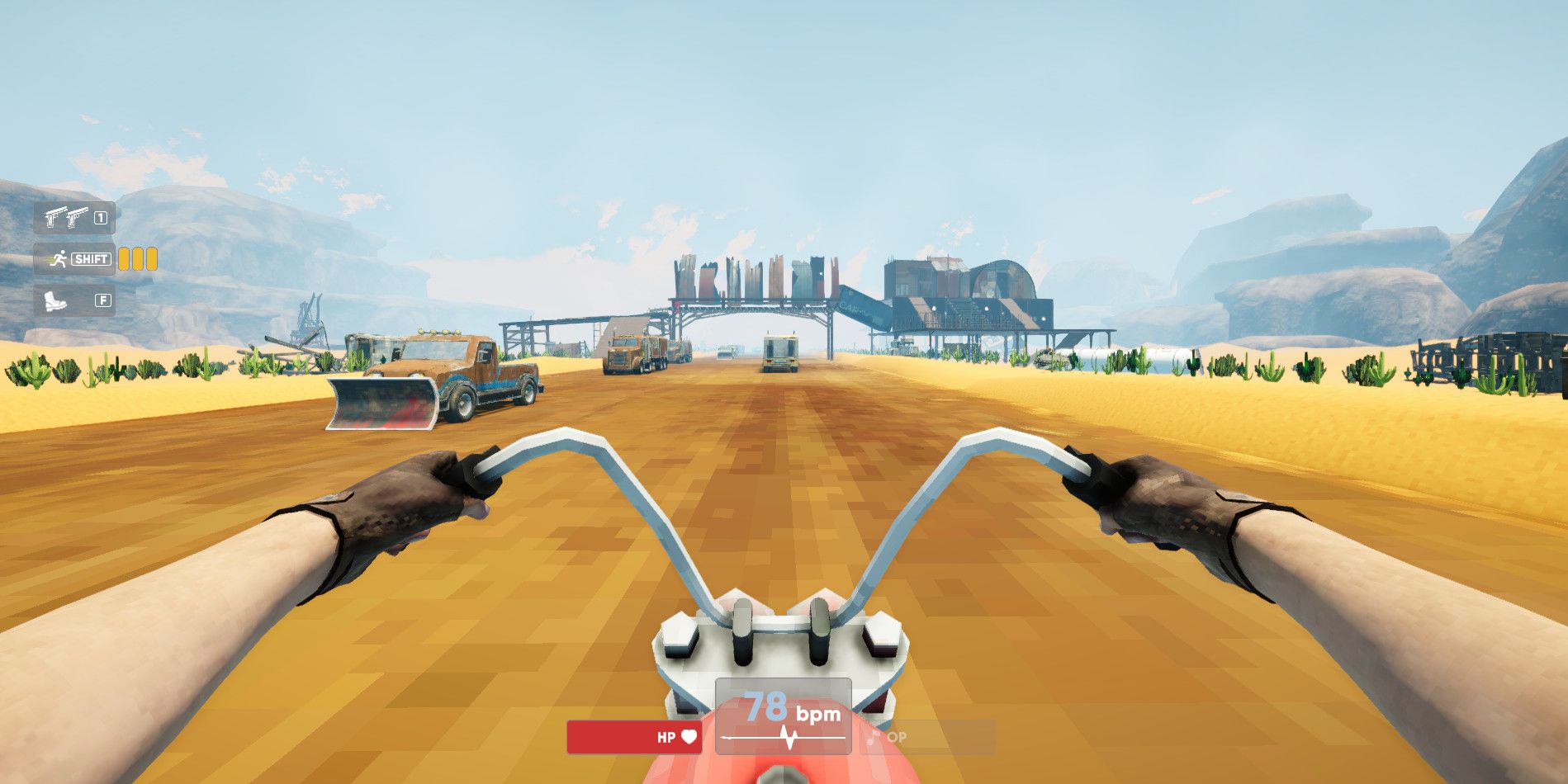 Despite Meatgrinder's retro look and inspirations, it's not dated. It runs smoothly – even on my hunk of junk – and all the controls are incredibly responsive. Sending a punk reeling off a truck as they leap towards me, crowbar in hand, is immensely satisfying, and blasting an enemy's head off as a stream of blood spurts out makes me feel like I'm in a Tarantino game.

Meatgrinder only took developer Vampire Squid a year to create, but the demo feels polished. The simple gameplay makes it easy to focus on killing and moving as quickly as possible. Handy considering you can only heal by hitting high BPM. Fortunately, spectacular kills like exploding a bunch of enemies on a tanker or slicing them in half with a plane propeller – don't ask me why a plane is on a flatbed surrounded by explosive barrels, game design or something idk – seem to give a nice BPM boost that can help get the health bar back up. 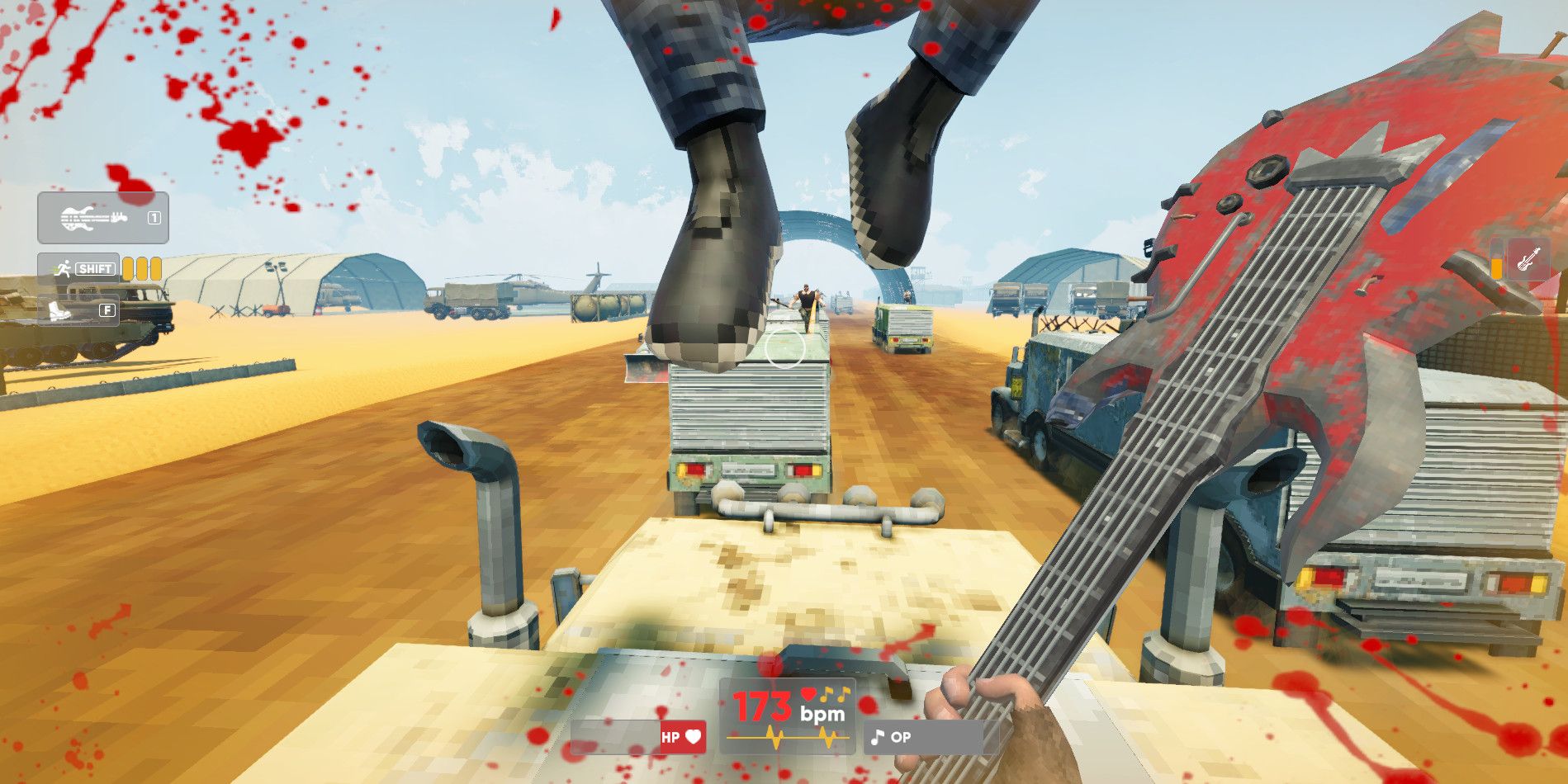 Next to the health bar and heartrate monitor, there's also an OP bar that filled as I chained kills together in quick succession. Once it was full, my character pulled an electric guitar from I know better than to ask and started smashing heads in while a sick as fuck riff played. It's like how the soundtrack for Doom gets more intense the better you play, but turned into a buff.

I'm not sure what the plot of Meatgrinder is, or if it even has one, but it doesn't matter either way. It's immensely fun, and the demo is completely free to play, so why wouldn't you get stuck in? 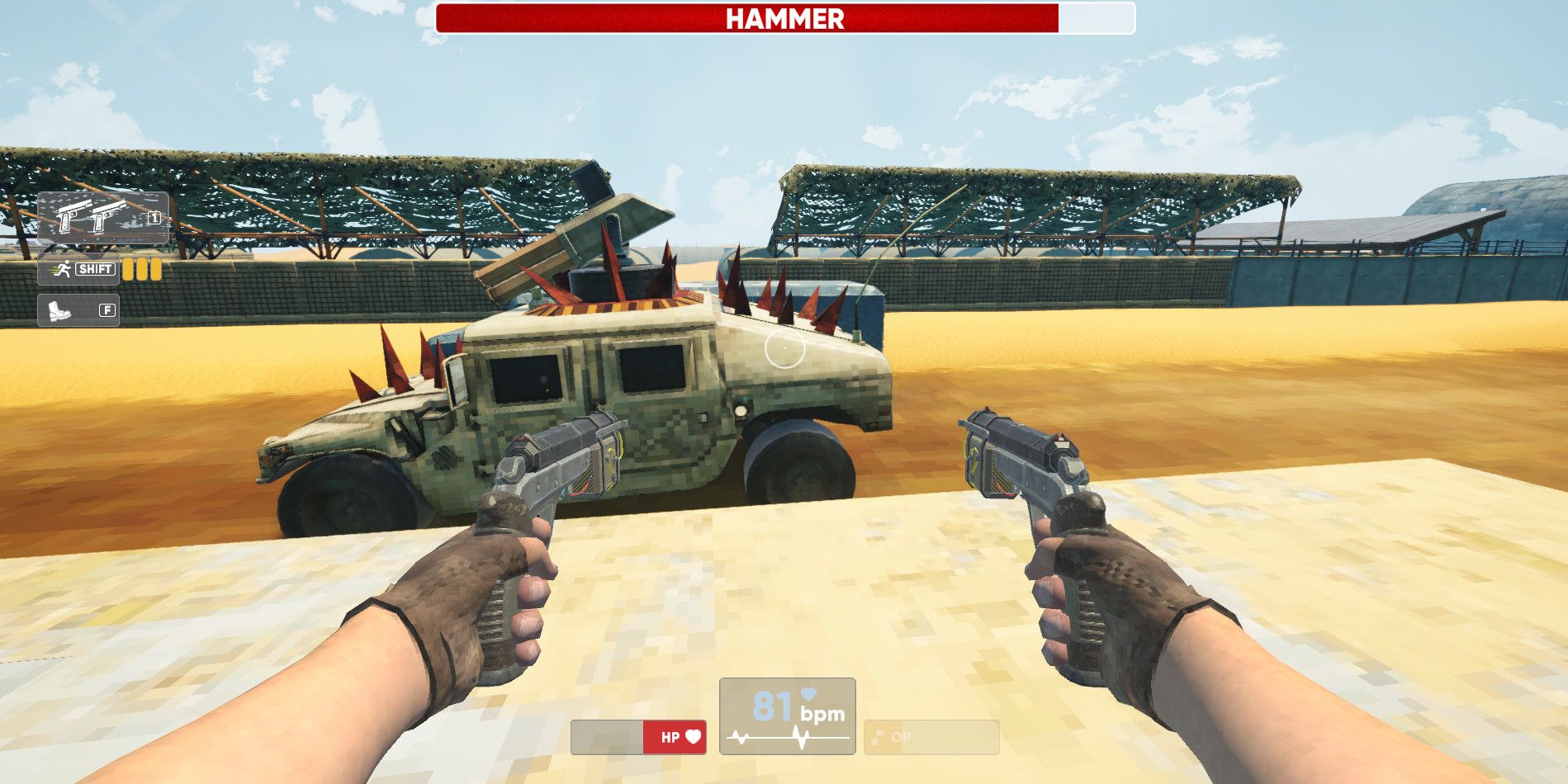 Meatgrinder is Mad Max but with a rockin' soundtrack. It's Doom on the move. It's awesome. As I desperately tried to avoid falling onto the road below, I lost myself in the groove, kicking, shooting, and dashing through the air from truck to truck. I can't believe this was made in just a year. I can't wait to see what next year's full release has in store.