You are here:
Home / Pickman’s Model, From Guillermo Del Toro’s Cabinet Of Curiosities, Highlights The Difficulty Of Showing Unseeable Horrors

Pickman’s Model, the fifth installment of Guillermo del Toro’s Cabinet of Curiosities, suffers from the same problems that H.P. Lovecraft adaptations often do.

The New England author was known for writing stories about protagonists being driven mad by unspeakable horrors beyond their comprehension, and the episode, which uses the Lovecraft story of the same name as its inspiration, is no different. Protagonist Will is an accomplished young artist studying at Miskatonic University. Will and his classmates are joined early on in the episode by a new student, Richard Upton Pickman, a pale man with a pea soup-thick New England accent. When Will glances at Pickman’s art during class, he sees that instead of straightforwardly representing the nude male subject before them, Pickman has sketched him as if his flesh was rotting. Will is compelled by the dark power of Pickman’s work and seeks him out in the cemetery where he frequently paints at night. When Will finds him, Pickman is, unsurprisingly, sketching a dead cat with spilled guts that he found on the grass.

Will soon agrees to visit Pickman’s home and see more of his work in person. Once they get there, Pickman shows him several disturbing pieces, including one depicting a witch presiding over her coven’s monstrous feast. Will is freaked out by the painting and runs into the street where he sees a man engaging in sex act with some kind of ghoul in a passing carriage. He approaches the carriage and another ghoul appears, sticking its sharp talon out and slashing Will’s chest. He wakes at home, but as he goes about his day he sees similar dark sights in his real life. 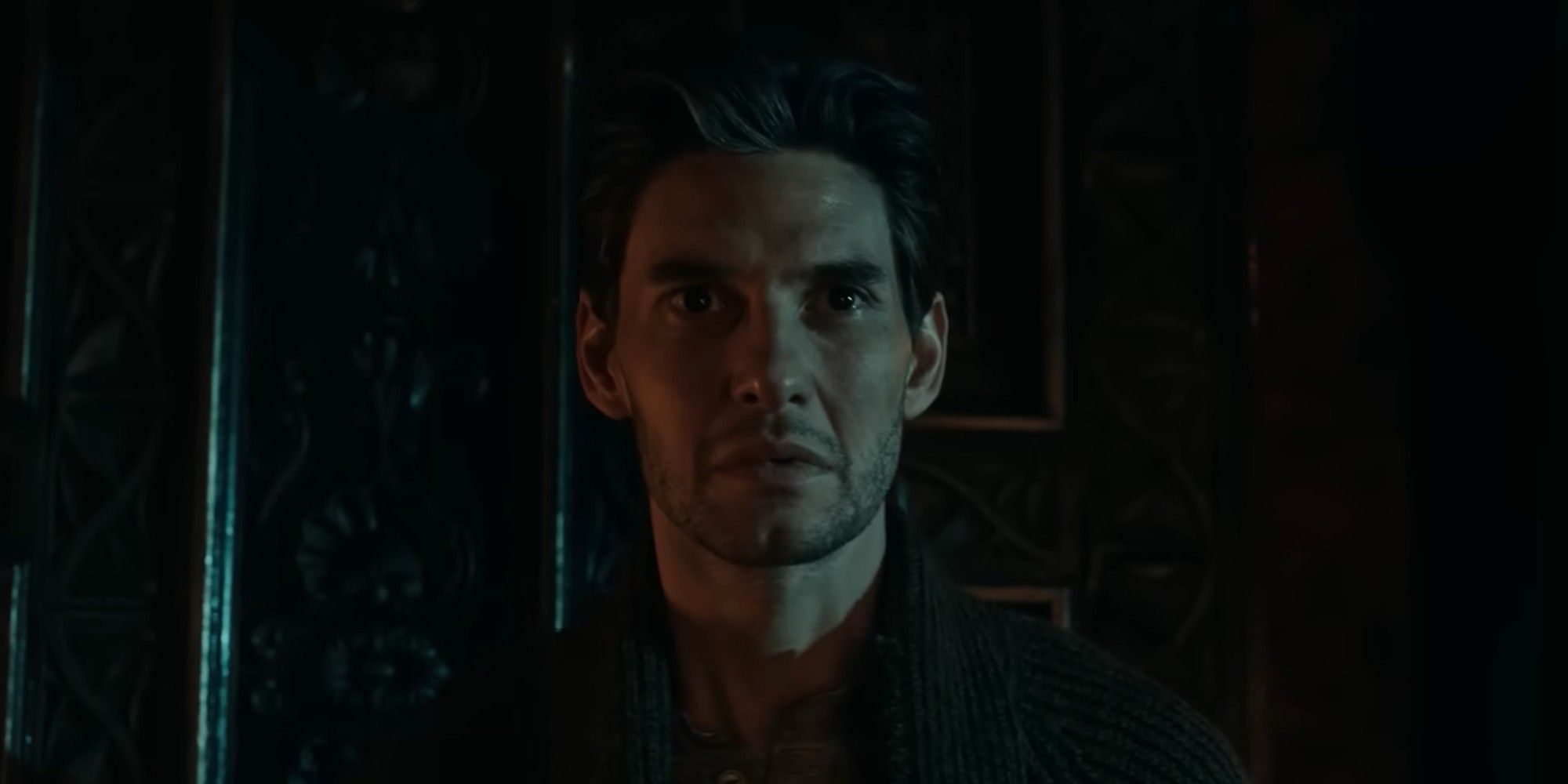 After Will ruins his girlfriend’s party by freaking out at apparitions no one else can see, the story skips forward to 17 years later when Will and Rebecca have married and have a young son together. Pickman soon reappears, as one of Will’s colleagues insists on hosting a gallery showing for him. From there, Will is pulled further into Pickman’s world and, once again, begins to see the dark creatures.

All of this seems like it would work pretty well on the page. The distance that the written word provides makes it possible to believe that the things described could be the most terrifying visions you could ever encounter. But, when they’re actually filmed, the reality of the series’ special effects renders them kind of goofy instead. Cabinet of Curiosities has pulled off some interesting effects in other episodes, like the lotion monster in The Outside and the organs in The Autopsy. But, the lotion monster is going for a very specific, campy thing. The organs just need to look like believable representations of the real things. Neither is trying to believably show you the most frightening visions you could imagine, visions that would drive you mad.

Adapting Lovecraft’s work always puts creators at a bit of a deficit for this reason (and because he was a virulent racist). The oldest truism in filmed horror is that the monster you can imagine will always be scarier than the one you can see. Lovecraft’s work only really works if the monsters themselves are left up to your imagination. Though he often describes the creatures in his work in great detail, you still must summon them in your brain. When they’re rendered on screen, that collaboration is exchanged for unilateral creation.