You are here:
Home / Picard Doesn’t Feel Like Picard In Star Trek: Picard

There are three Jean-Luc Picards. I'm not talking about clones, evil twins, robot doubles, or Picards from another dimension. I'm talking about the three very different versions of the character we've seen on our screens over the decades—most recently in Star Trek: Picard, which is currently halfway through its second season. Problem is, they're supposed to be the same person. It's just that the writers who have been tasked with creating new stories for this character can't seem to settle on who Picard actually is.

The first Picard was the Picard. The tough, capable captain of the Enterprise-D, who never let his emotions get the better of him. But he wasn't a monster. Far from it. He had depth, empathy, and a burning desire to do the right thing—even if it meant sacrificing his reputation, or himself, in the process. If someone acted in a way unbecoming of a member of Starfleet, he'd give them a stern talking to, even if they were a close friend. But he acknowledged the good in people too, softening his touch when needed. The perfect captain.

For this Picard, violence was always a last resort. Diplomacy was his weapon of choice, and he'd regularly risk his own safety to try and communicate with the space anomalies, warmongering aliens, universe-devouring gas clouds, and other cosmic oddities encountered by the Enterprise-D. He even resisted an opportunity to completely destroy the Borg—a severe existential threat to every living species in the galaxy—because it would have been akin to genocide. Starfleet gave him shit for it, but he stuck to his guns. 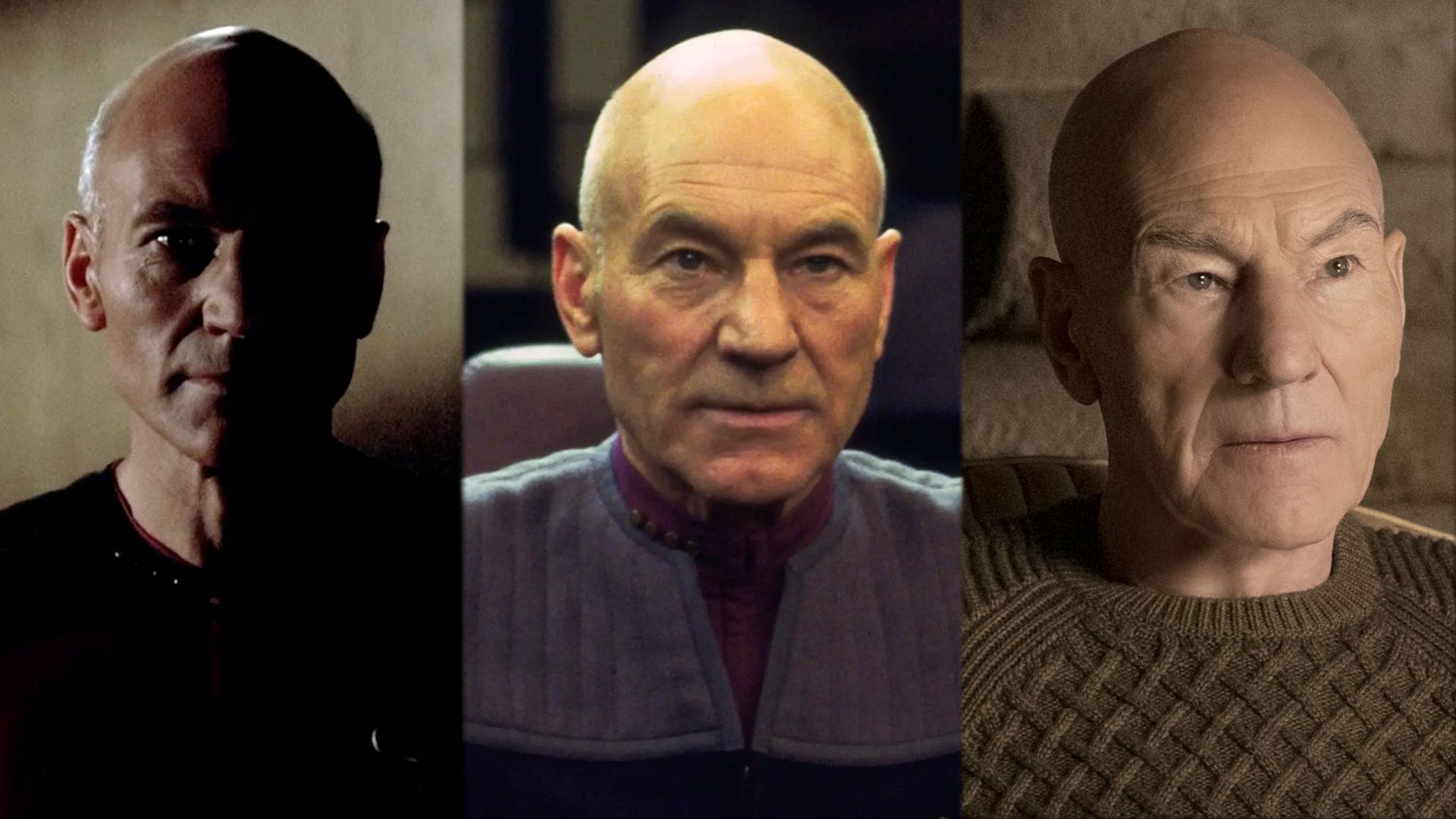 Then there's the Picard from the TNG movies. Gone is the enlightened, sophisticated, tea-sipping Picard of the series, replaced by a guy who runs around in a vest, swings on ropes, shoots people with phasers, drives sci-fi dune buggies, and cracks terrible one-liners. I get why the people making these movies wanted something less cerebral and more action-packed for the big screen, but they went so far down that road that the resulting flicks have almost nothing in common with the values, spirit, or tone of the TV show.

For years, these two contradictory Picards sat uneasily together. But in 2020 they were joined by another. Star Trek: Picard is set 30 years after TNG and introduces us to a Picard in his twilight years. Now a retired admiral, he's enjoying a peaceful, idyllic life on his family vineyard in France. But it's not long before the show drags him back into space for another adventure, because modern Star Trek can't help itself. Thoughtful, well-written character study? Nah, boring. Explosions! Marvel quips! Space monsters! Save the galaxy!

Yeah, it's safe to say I don't love Star Trek: Picard. It's entertaining enough that I'm continuing to watch it, but it really is spectacularly shallow. It thinks it's on the same level as TNG, but it's really no different from the movies with its focus on mindless action, its one-dimensional characters, and its complete misunderstanding of what makes (well, made) Star Trek great. But the worst thing about it is that the Picard it depicts, yet again, does not feel like the same guy we spent 187 episodes with aboard the Enterprise-D. 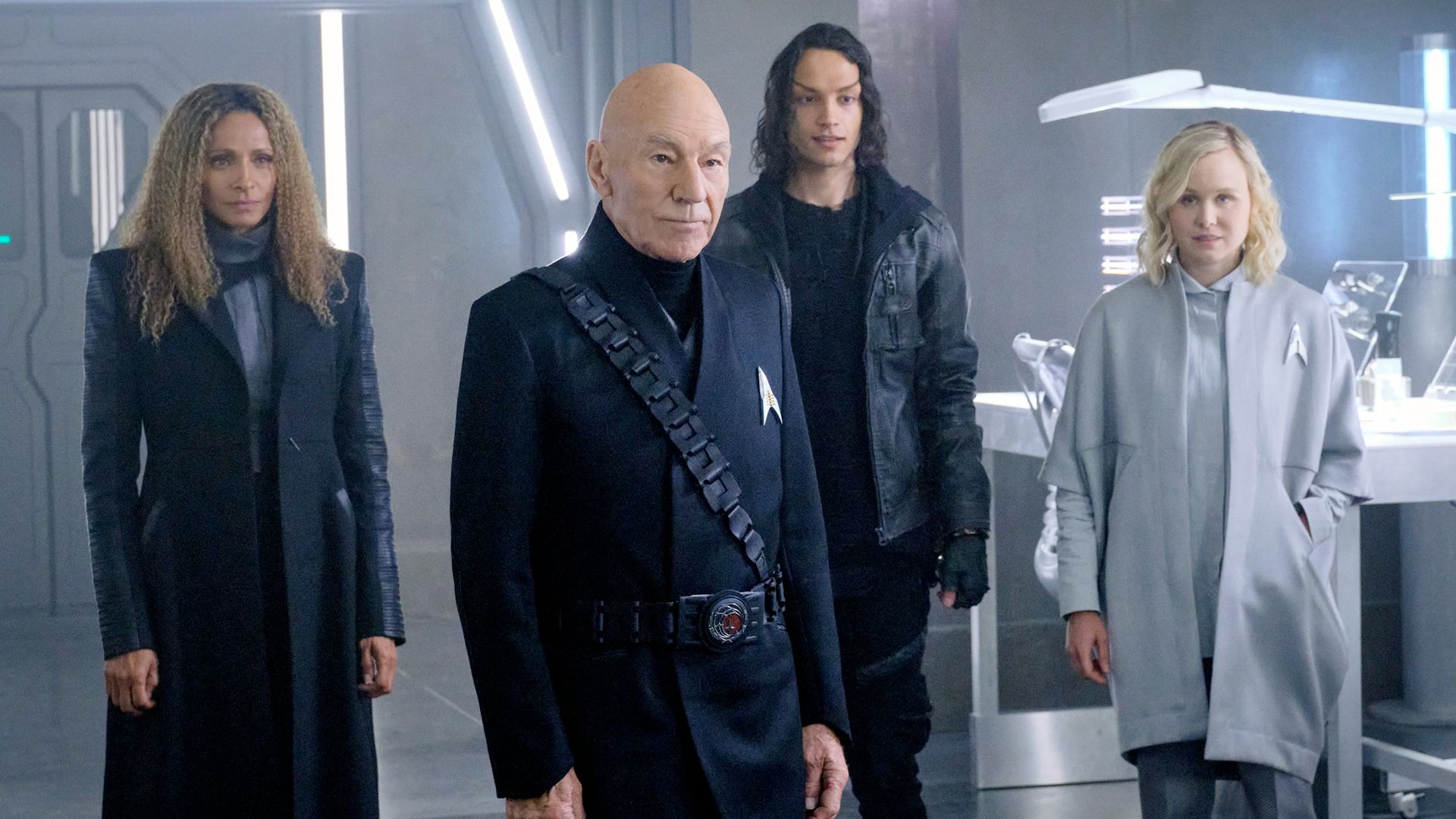 This Picard, the third Picard, has completely lost his hard edge. He's overly sentimental, spending a large part of both seasons wistfully reminiscing about his past, or dwelling on things he wishes he'd done differently. To me, that ain't Jean-Luc Picard. You could argue that this is a result of him being older and in a more reflective period in his life, but I don't buy it. His toughness and pragmatism were such defining characteristics that it doesn't feel right seeing a fragile Picard drifting hopelessly in a fog of nostalgia.

So again we have a version of Picard on our screens who bears only a passing resemblance to the ones that have come before. I mean, he looks and sounds like Picard. That's the benefit of having Patrick Stewart leading the cast. But as I watch the show, I don't feel like I'm spending time with the Picard I loved in TNG. The principled, intelligent hardass who sat at the helm of the Enterprise-D. He's a different person—but not in the way the passage of time makes you a different person. The essence of the character just isn't there.