You are here:
Home / Petition For Cyberpunk 2077’s Second Expansion Gets 10,000 Signatures In One Day

Petition For Cyberpunk 2077’s Second Expansion Gets 10,000 Signatures In One Day

Fans are eager for more Cyberpunk 2077 content, even before the game has received its only planned Phantom Liberty expansion. There is already a fan petition to release a second story DLC, with over 10,000 people signed in just one day.

No matter how rough Cyberpunk 2077's launch was, many believe this fascinating universe has the potential for many more stories, which has already been proved by Edgerunners' success. That is why fans of the game have been pretty active lately trying to reach the developers and make them reconsider their current plans for post-launch support — an opinion some of us share here as well.

CD Projekt Red has already made it clear that the title will receive only one expansion called Phantom Liberty sometime in 2023, yet the community seems to disagree. A new petition titled 'Cyberpunk 2077 Deserves A 2nd Expansion' was created just one day ago, only to receive over 10,000 signatures by now, and the number continues to grow. In the creator's words, the community deserves a second DLC, which "was originally promised" to them by CDPR. Players want "to enjoy Night City in the long term," which would be ensured by at least two big expansions with even more content and QoL enhancements. 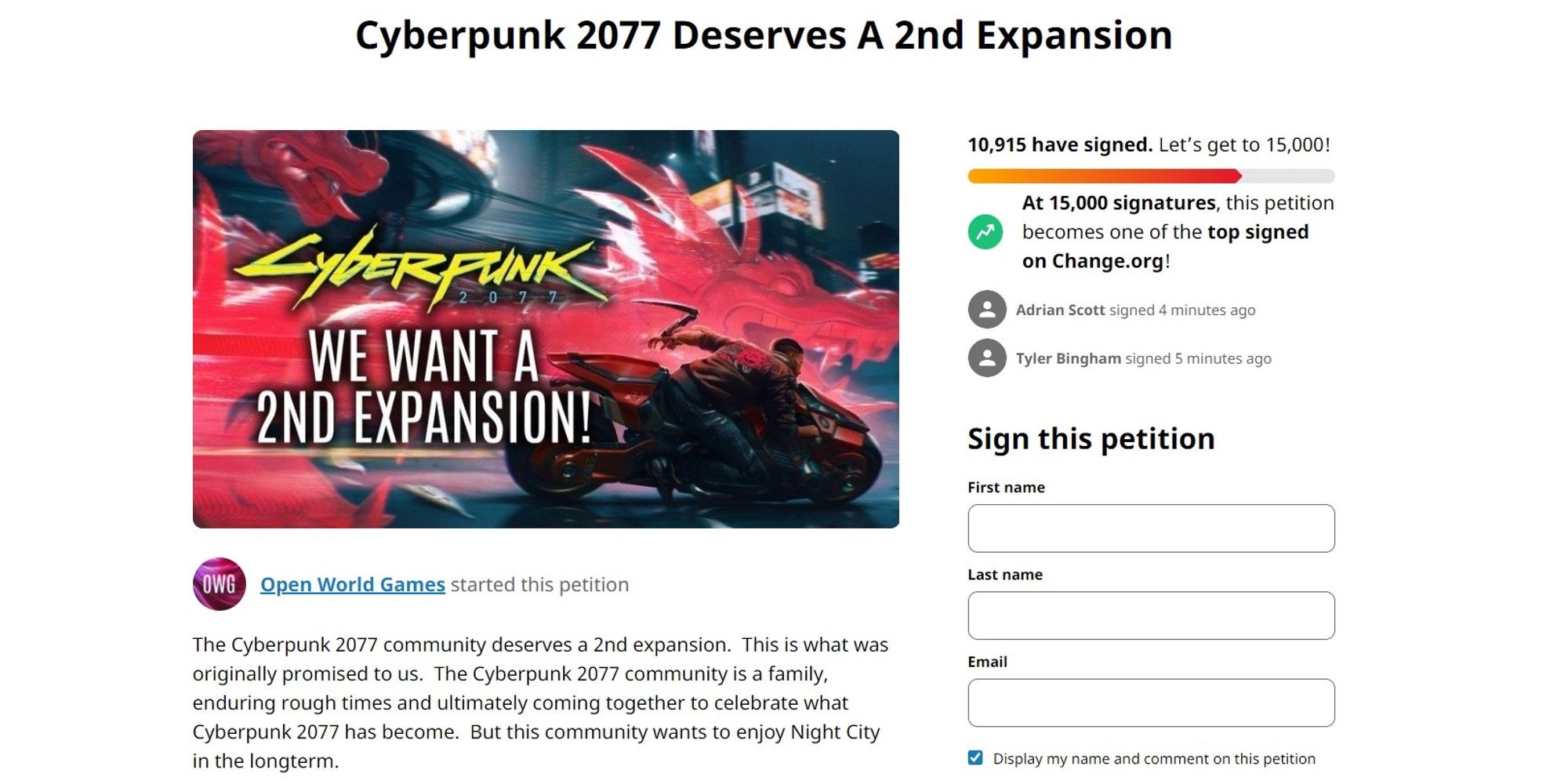 The petition also acknowledges that with the big success of Edgerunners anime the game got plenty of new players, which could impact the developer's plans to move on to other projects shortly after the Phantom Liberty release.

Discussions about the game's future are becoming quite popular these days. On Reddit, a recent post with a 'CyberpunkDeservesBetter' hashtag has received over 13,000 upvotes from fans, who want the team to resume the production of a second expansion. Naturally, it might be a good idea to wait until Phantom Liberty arrives to draw any conclusions, but the hype for as much Cyberpunk 2077 as possible is undeniably here again.

CDPR earlier said it'll "further develop Cyberpunk's IP," and make it clear the studio won't abandon the universe it invested so much time and effort to build. Hopefully, Phantom Liberty will deliver just what fans want to keep them busy.