Persona 5 Royal is the enhanced version of 2016's Persona 5 that added several new aspects to the game. One of them was your school counselor, Takuto Maruki. You spend the game getting to know him, only to have to fight your way through his palace in the end, but while you’re there, be on the lookout for another of Royal’s additions: Will Seeds.

These three collectibles fuse into a wearable accessory for your team. While they’re available for purchase from Jose if you miss any, it’s free to collect them in palaces. If you’re looking to find Maruki’s Will Seeds, check out our guide below.

Will Seeds will always be hidden behind an overgrown door. Morgana will tell you when you’re getting close to one. 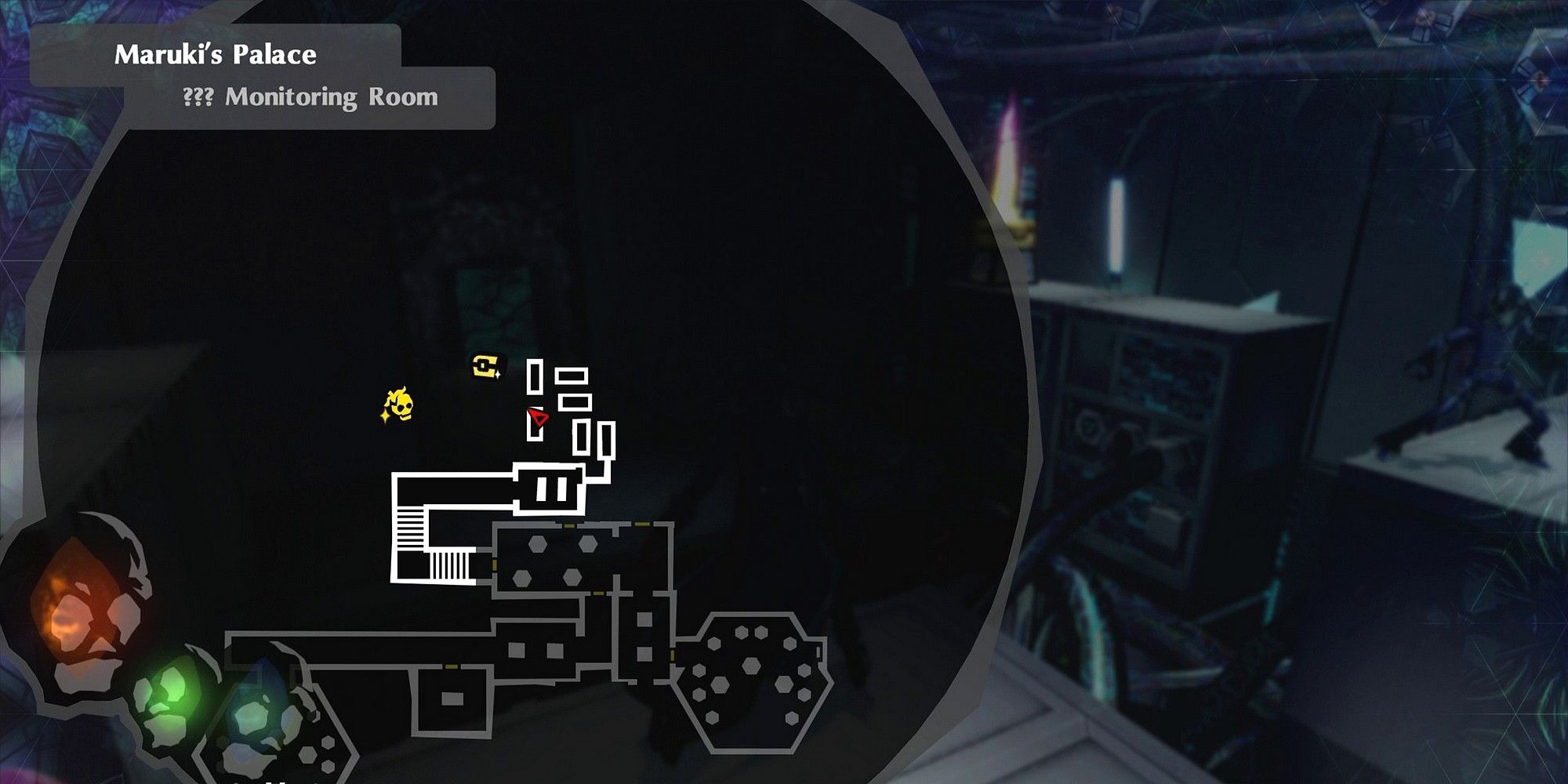 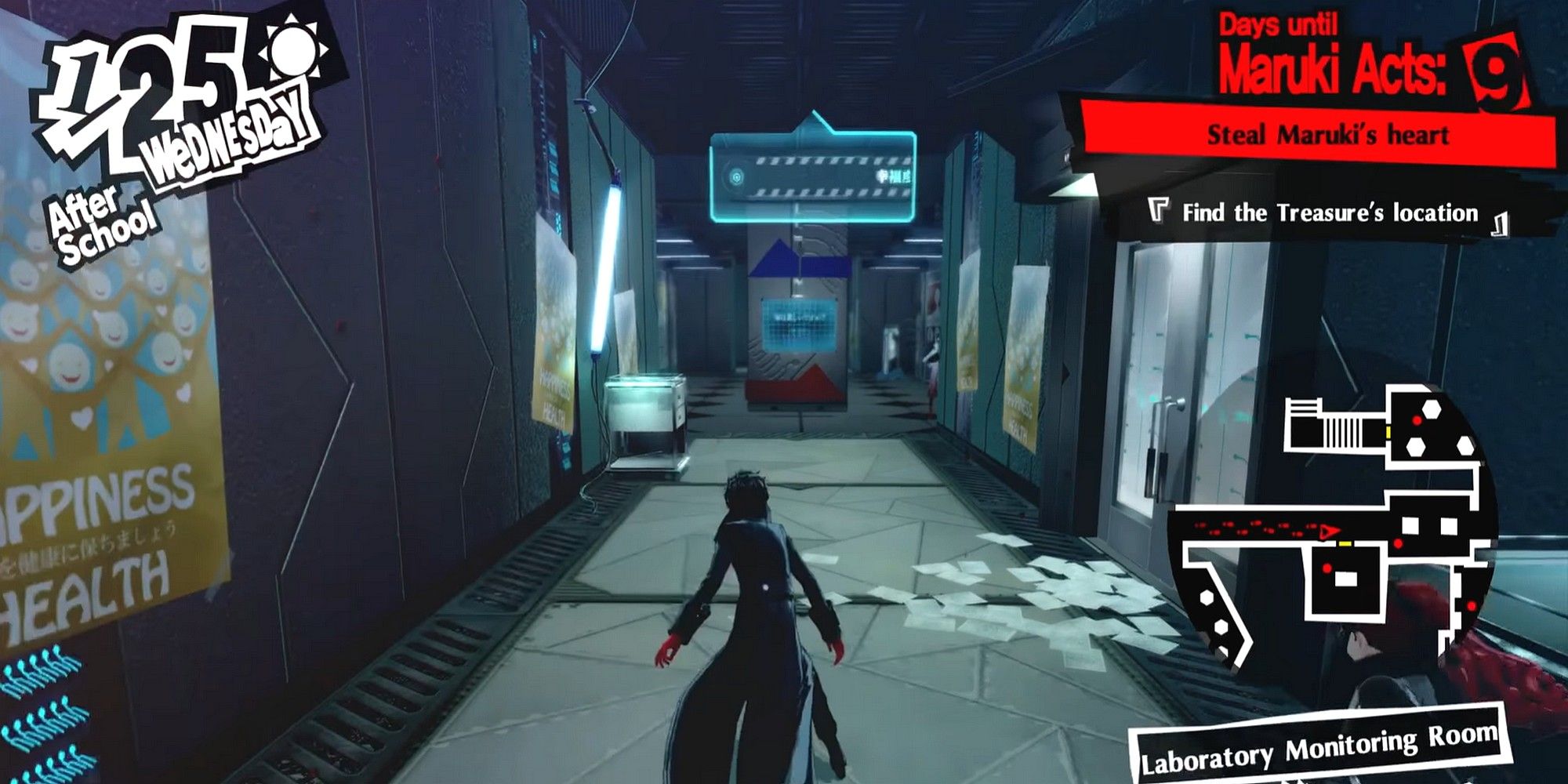 Go through the door to your left and go toward the stairs you can see on your map are on the left side of the room, and climb up them. There’ll be a room with a chest ahead, and to the left of the chest is an air vent for you to crawl through. 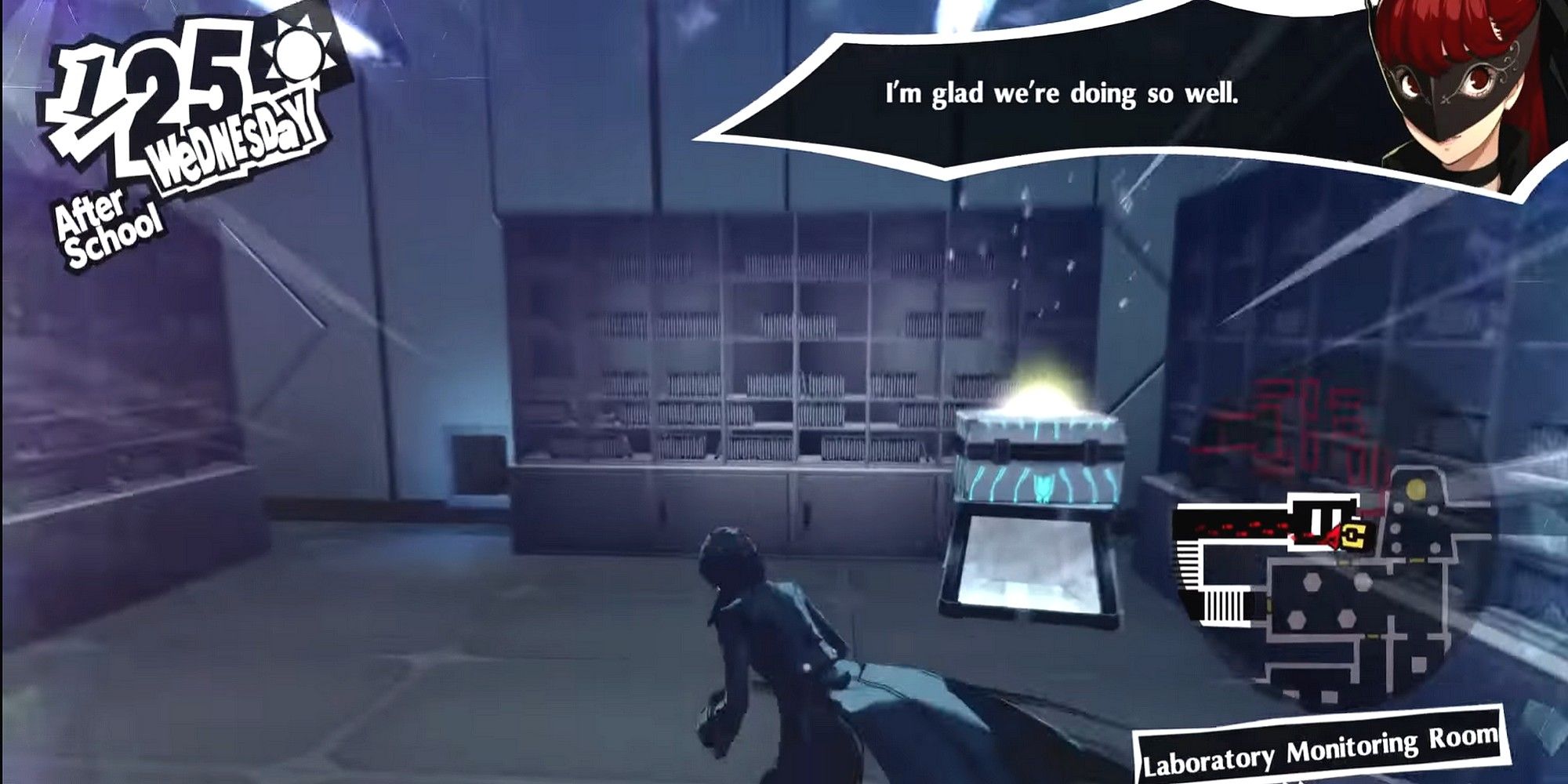 It spits you out on top of the machinery in the room, which now act like platforms. Hop onto the one to your left, jump to the last one in this row, and go one forward toward the chest (grabbing it if you’d like). Follow our arrows below to get to the chest. 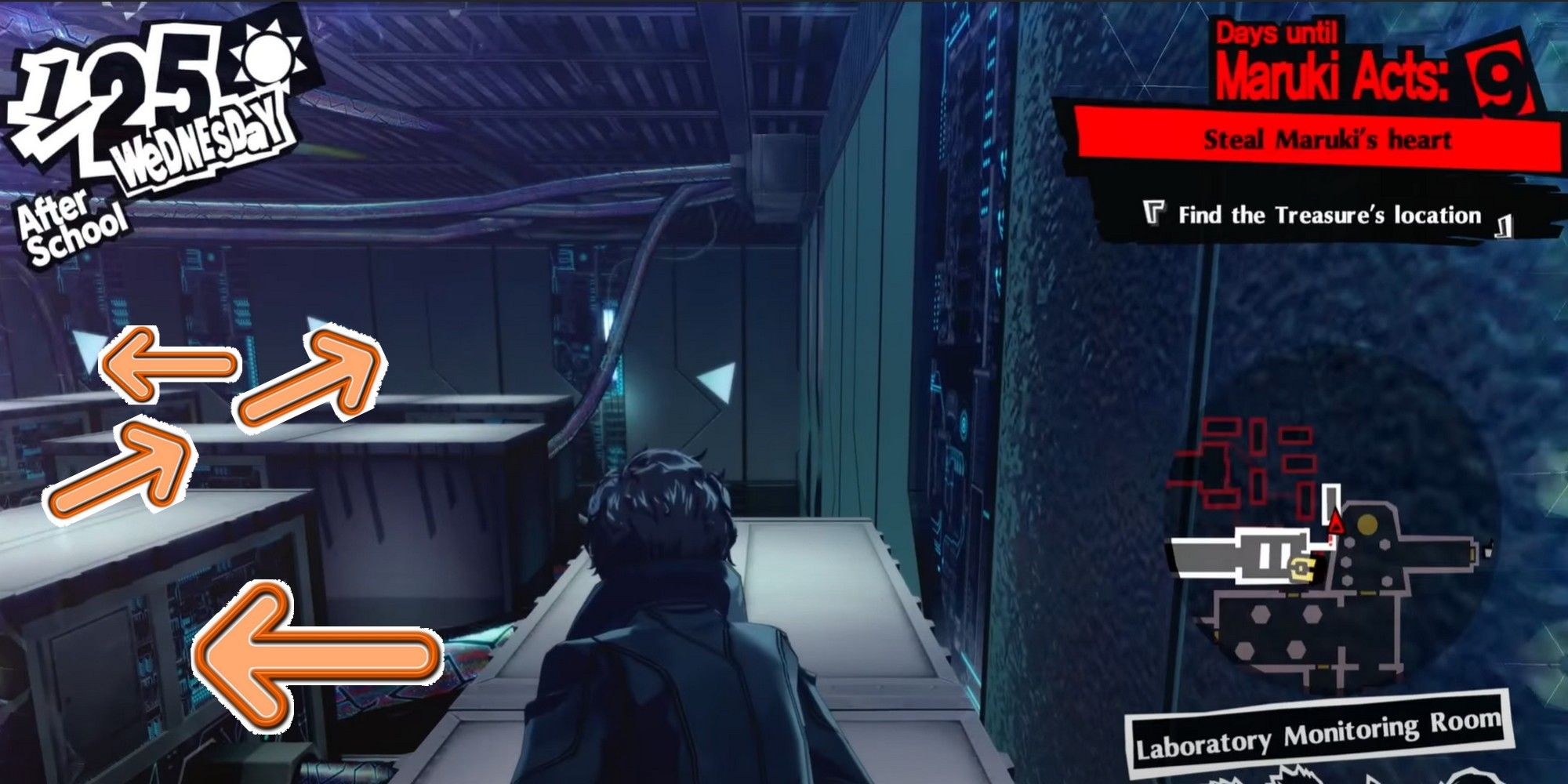 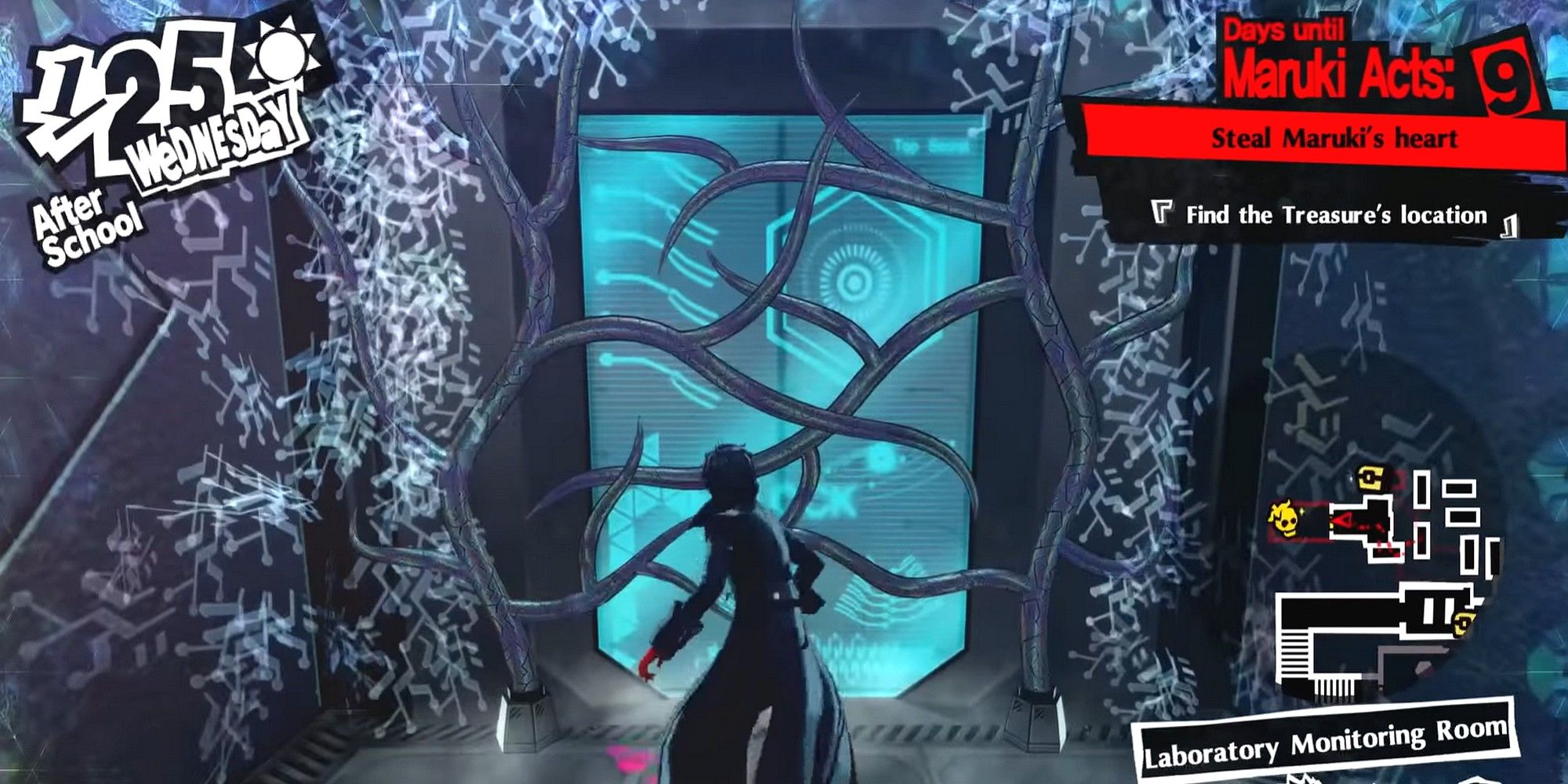 From there, jump forward to the next platform and then hop down from there, and you’ll find the Will Seed door on this platform. 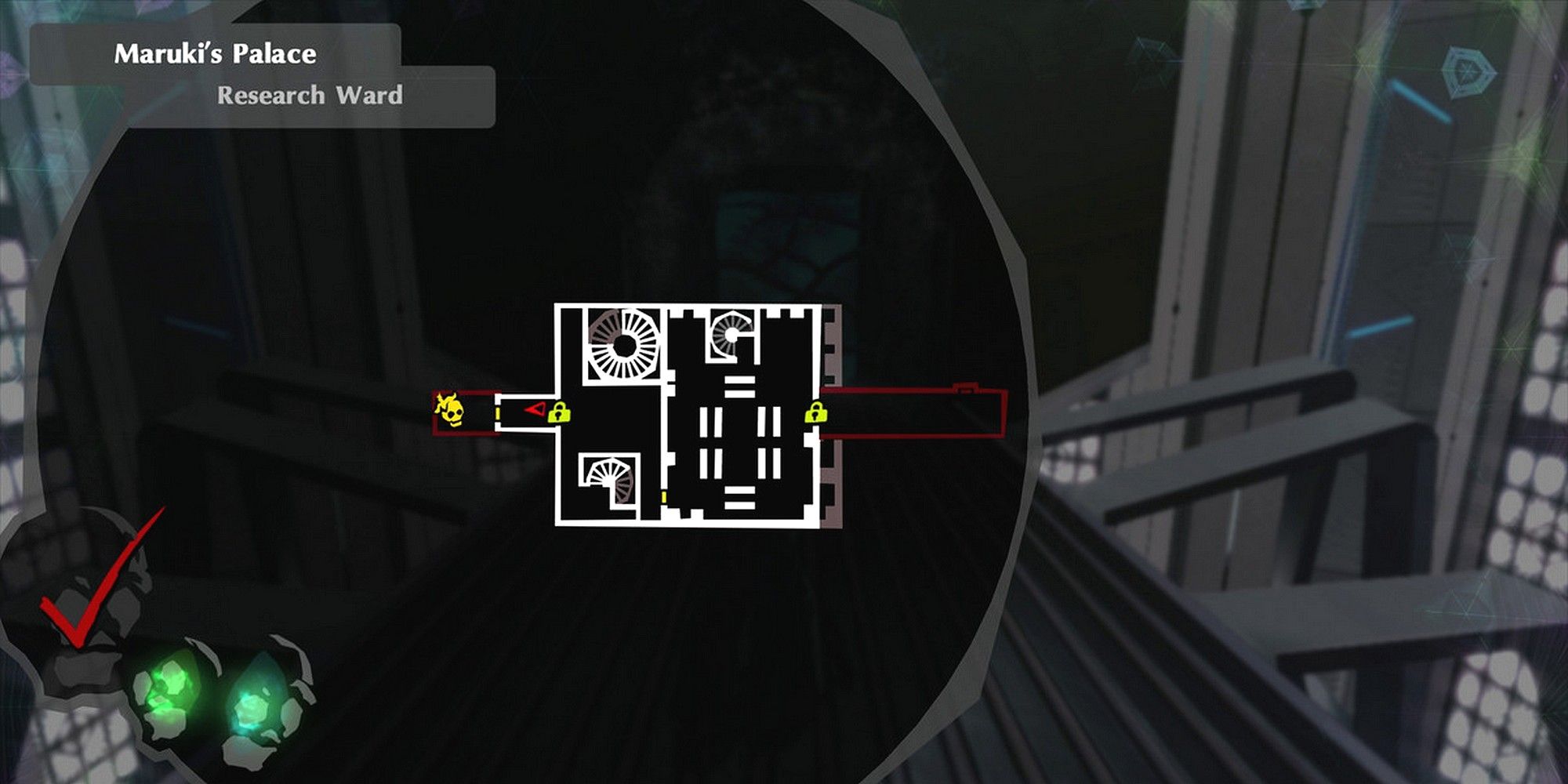 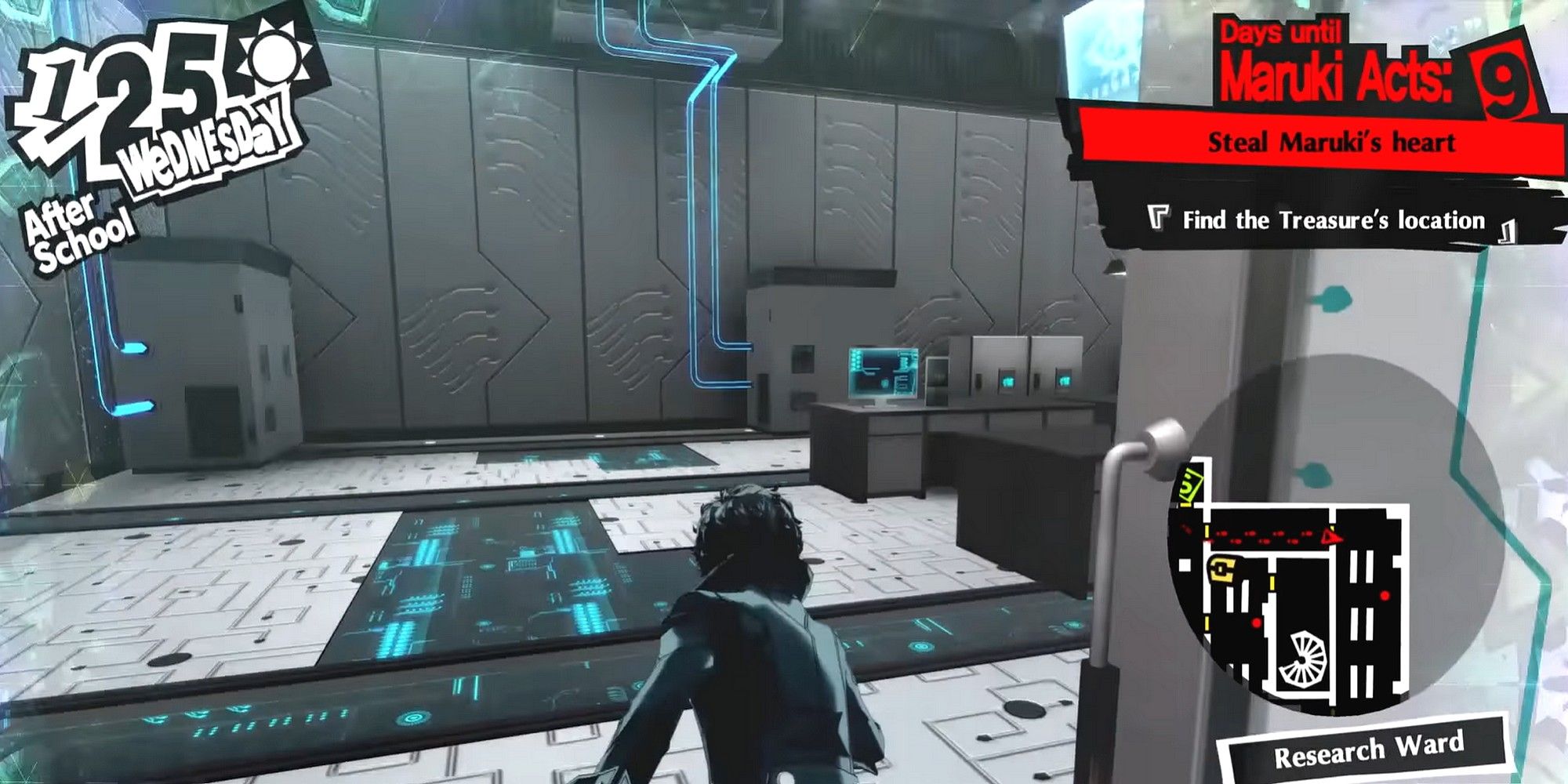 Go right, and then right again through the door at the end of the room along the same wall you came in from. 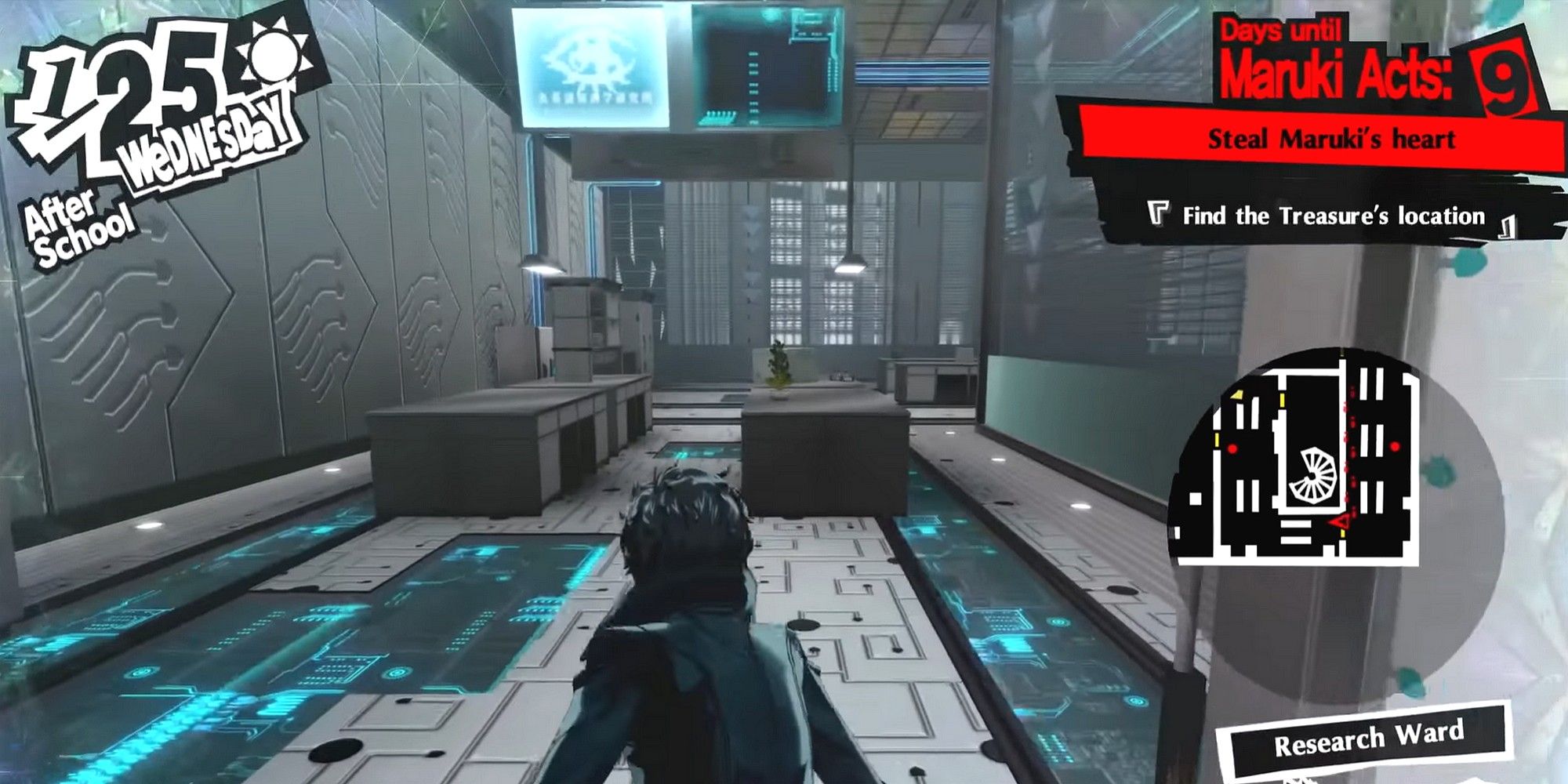 Head forward and then right, where you’ll access the spiral staircase in the centermost room. Go to the next floor, turn right, and then right again to enter a small hallway, and go through the door you see there. 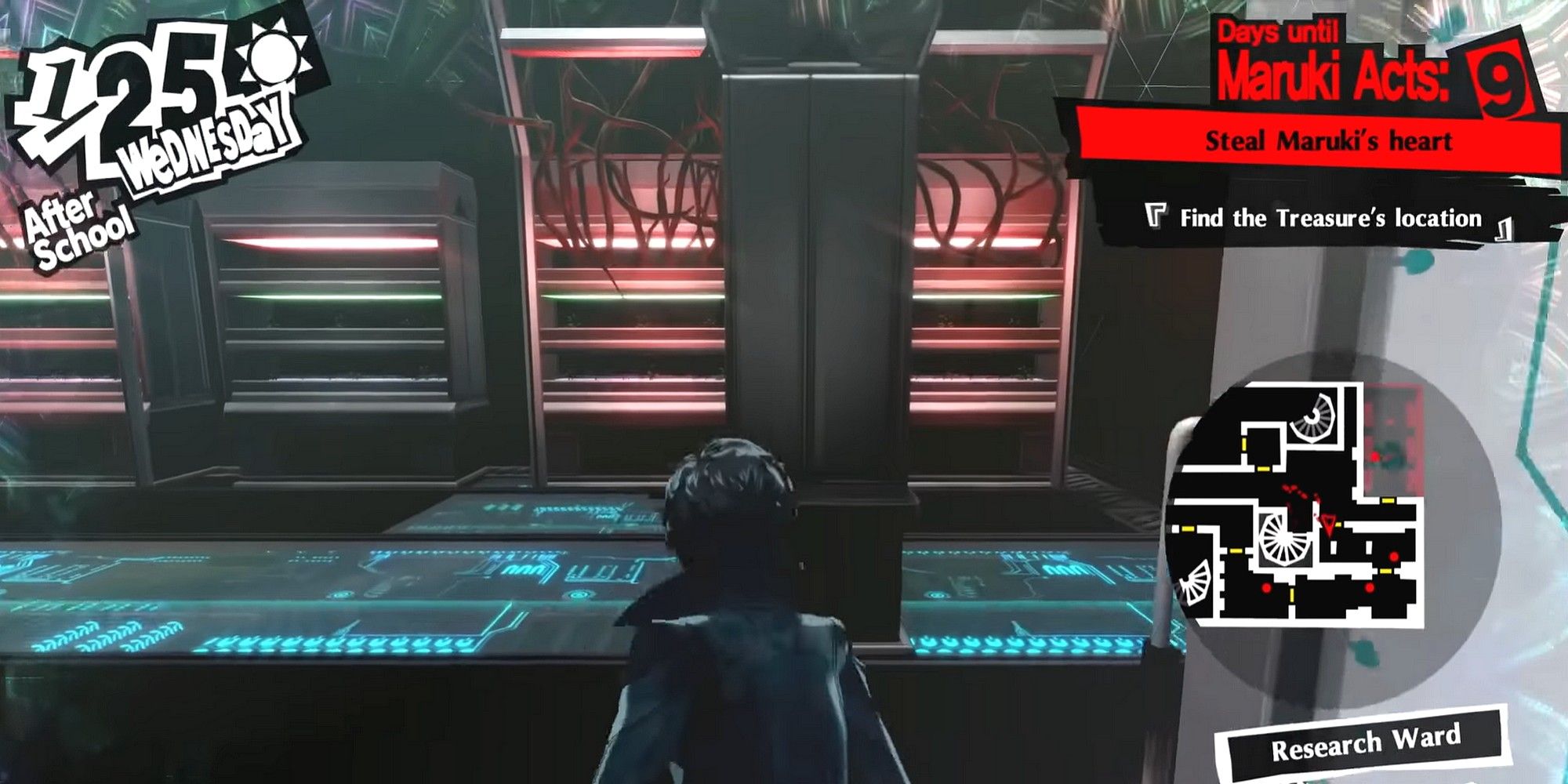 Make your way through the room to the other door and go in there, heading right and going through the door on the far end of this room. Go through this room and make a left to find another room housing a spiral staircase, and ascend that one as well. Mona will warn you about the Will Seed when you get to the top.

The minimap in the photo below shows the location of these stairs. 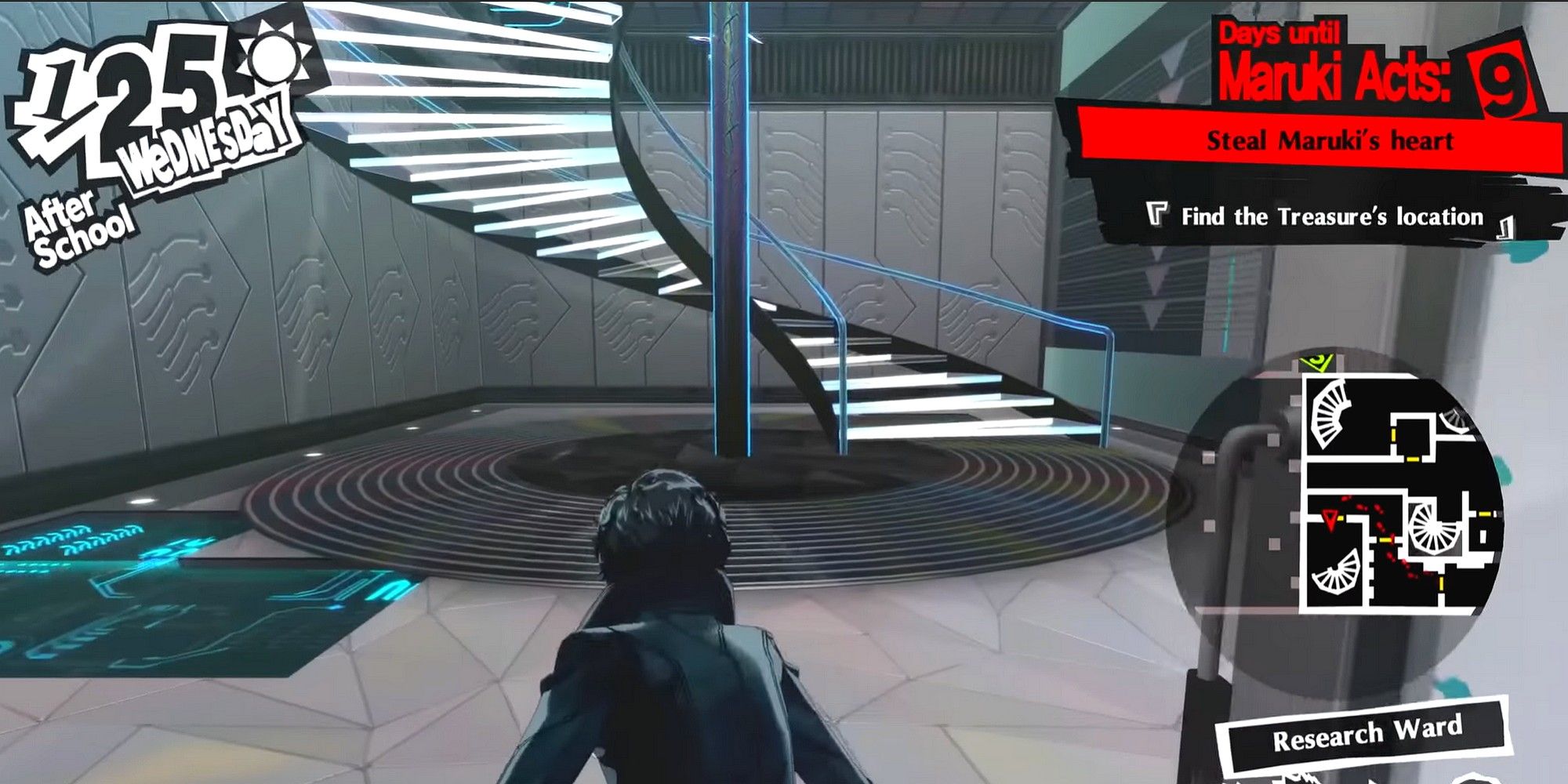 Turn right and go into the bigger lab room you can see on your map, avoiding or fighting the shadows. Head to the spiral staircase at the far side of the room. 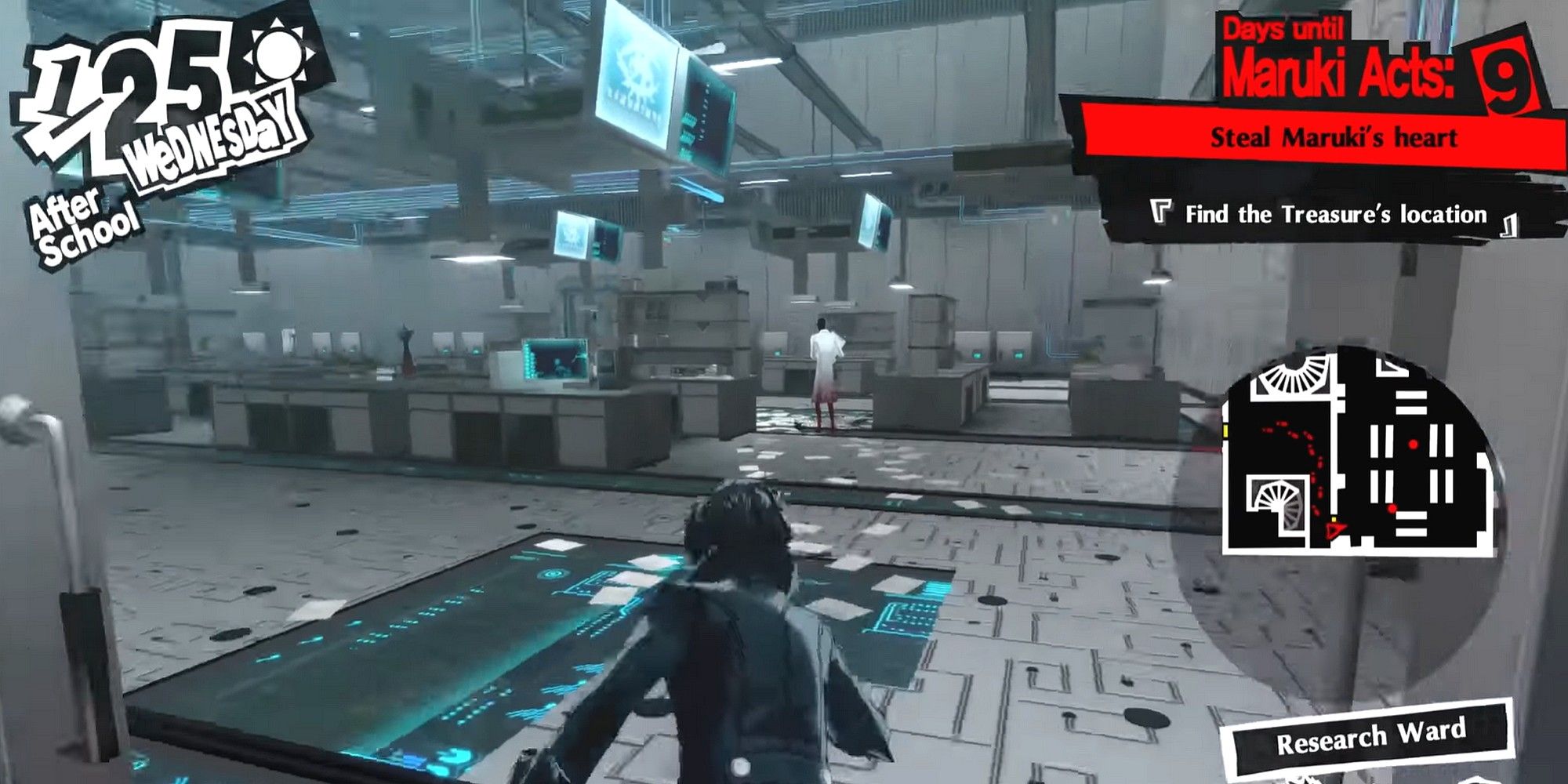 Head down these stairs and straight across to another spiral staircase, which brings you into another research room. Run past the locked door on your right, and when Joker's hand begins glowing, look up and left to find a grapple spot that brings you into the rafters. 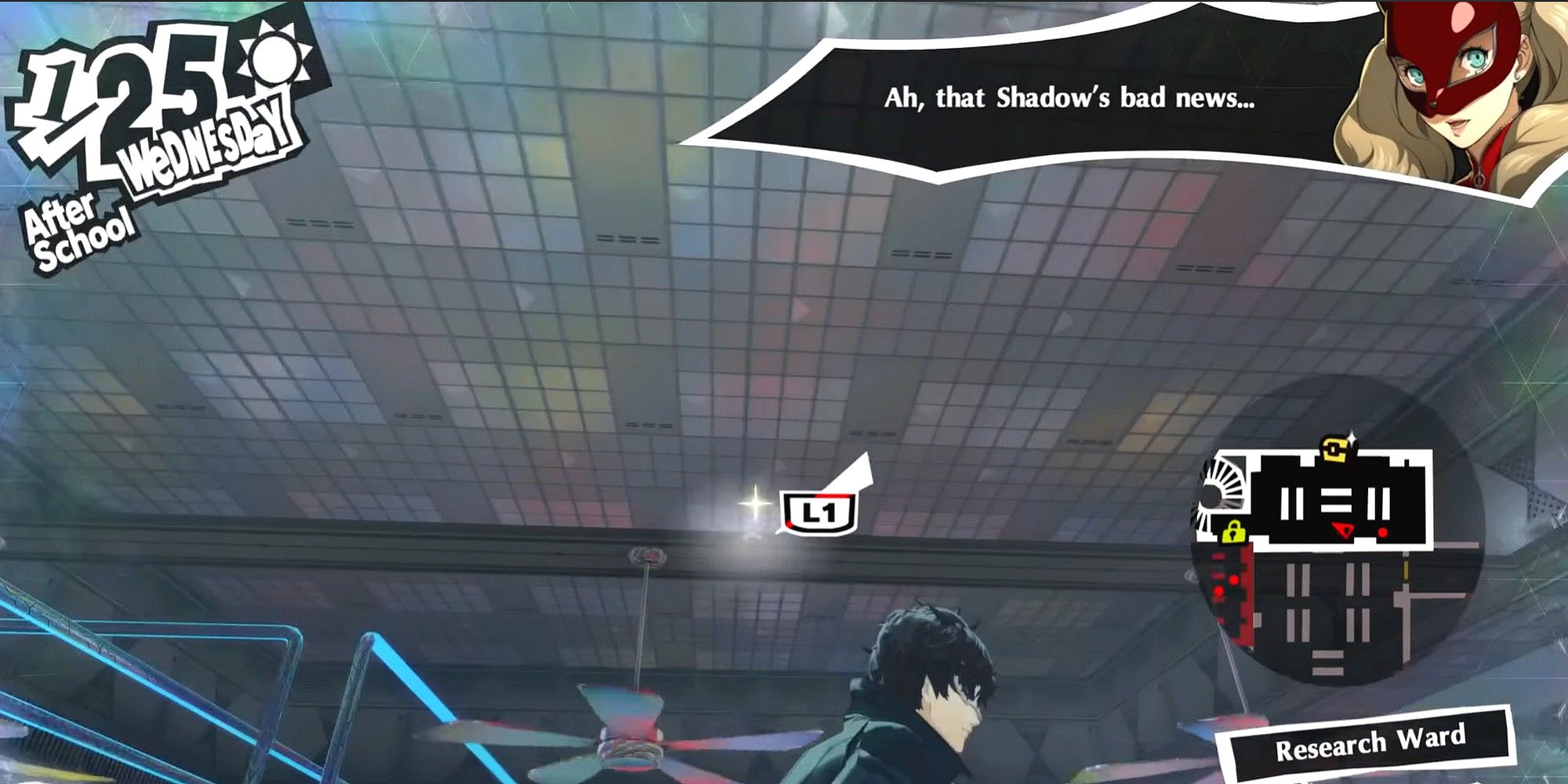 At the end of this beam is a vent for you to crawl through, which drops you into the locked room you ran past a moment ago. Enter, and head through the other door in the room. You’ll see a giant crack in the window in front of you, so have Joker kick it out to make a ledge. Jump down from there to see the door for the green Will Seed right ahead. 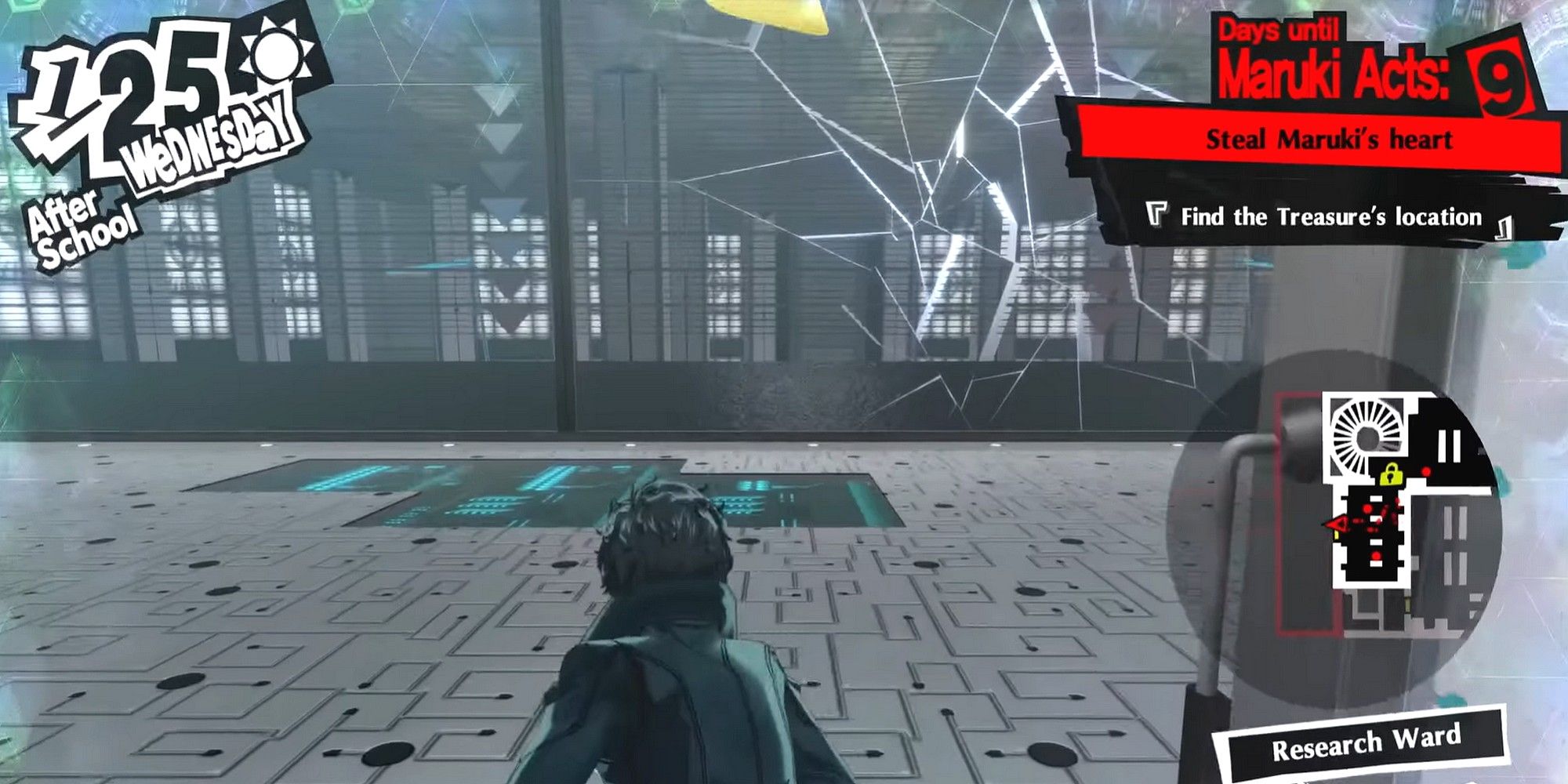 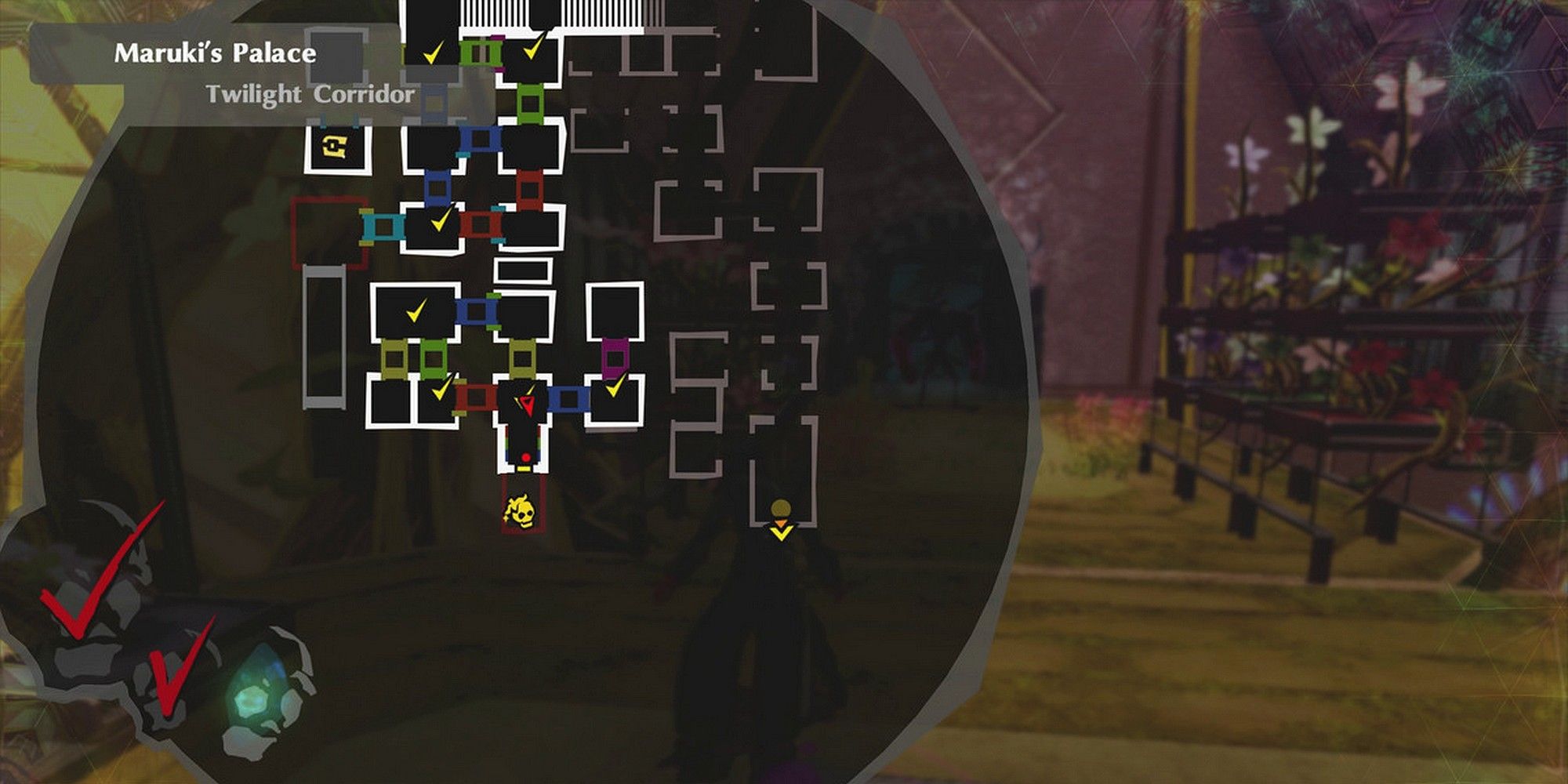 Maruki’s blue Will Seed is your third for his palace and the very last for the game, and it can be found in the Twilight Corridor, the area with the colored staircase light puzzles. This is a long and twisting section, so get ready for a color-based puzzle that is also long and twisting.

As soon as you arrive, you’ll see a terminal in front of you that has red, green, and blue color sliders, as well as information on how to mix these three colors to also make yellow, cyan, magenta, and white. 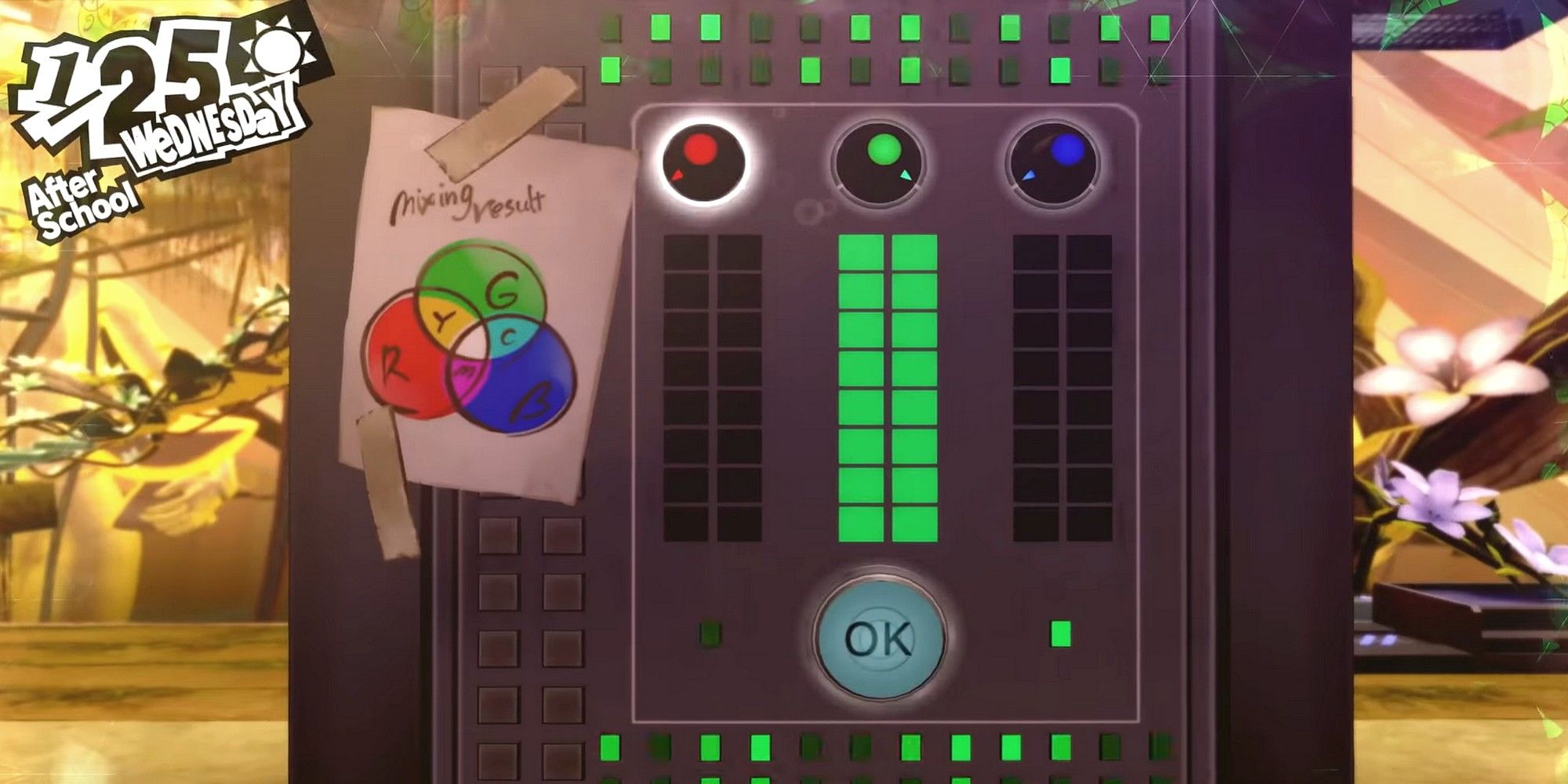 Keep this information in mind – you’ll need it a lot in this room, which is infamously confusing. It's extremely easy to get mixed up and have to double back in here, so keep the color combos in mind as you follow along.

Maruki’s final Will Seed is behind three layers of plant walls, and you’ll need to disable all three to access it. Changing the colors of the lights at the terminals throughout this puzzle is your key to disengaging the plant walls not only for the Will Seed, but also how you access or disable all the staircases around the oversized room.

At this first terminal, disengage the green light, and turn on the red and blue to make magenta before running up blue and red staircases past the terminal. 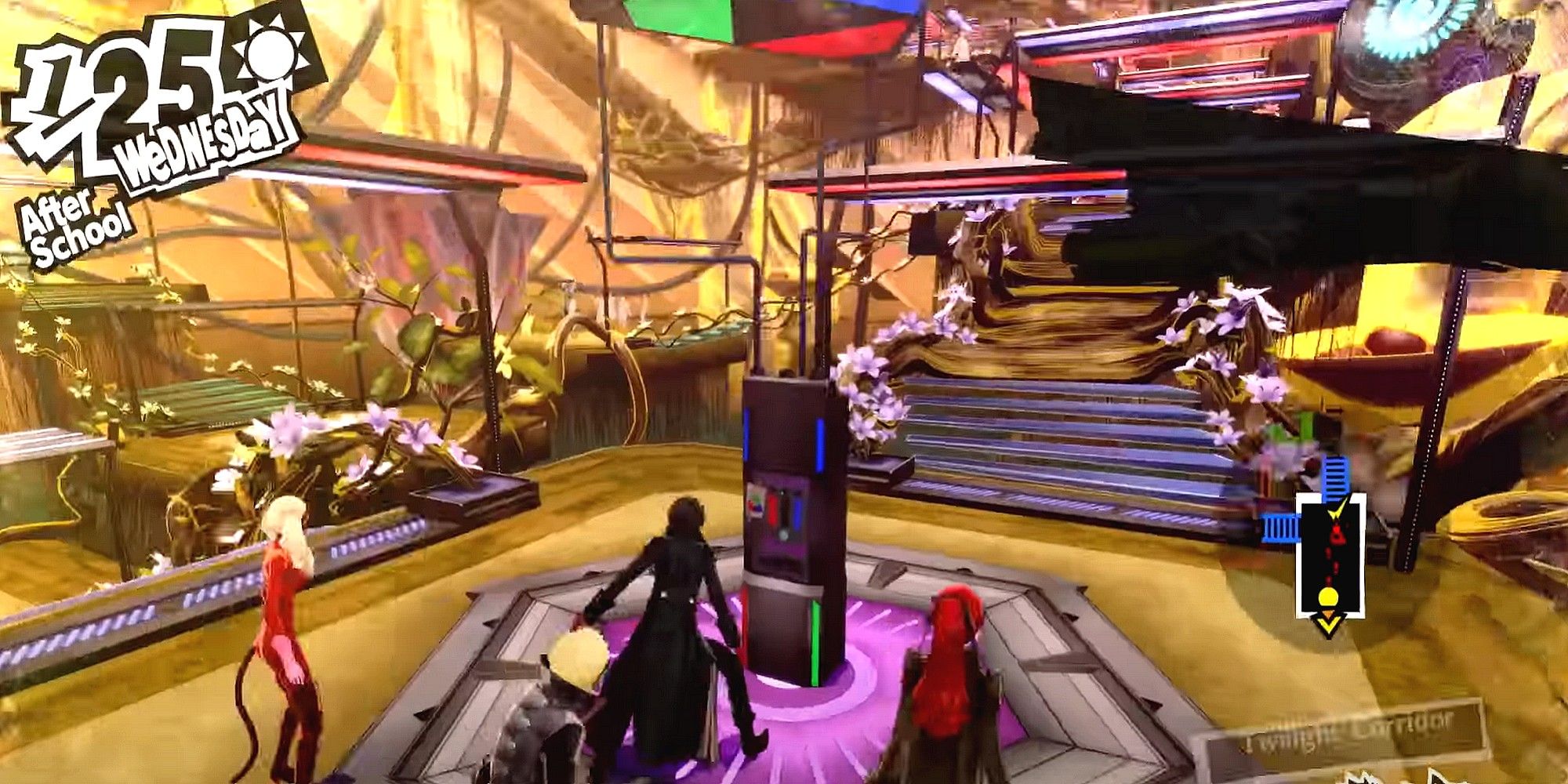 You’ll hit another plant wall with another terminal beside it, on which you’ll need to disengage red before running up the newly-opened stairs. 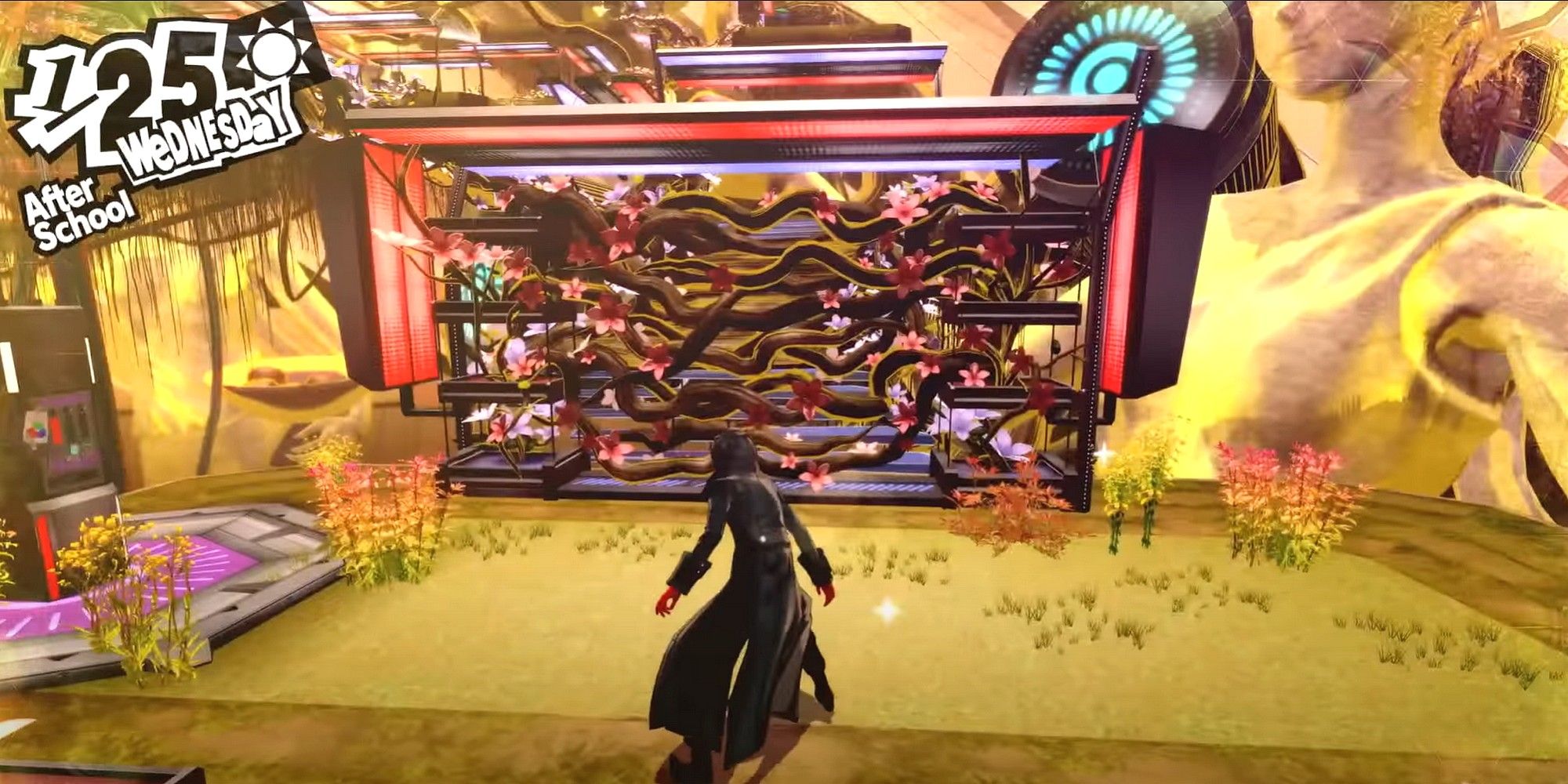 At the top of them, make a left, then a right to find another terminal. Turn on green and go up these stairs. 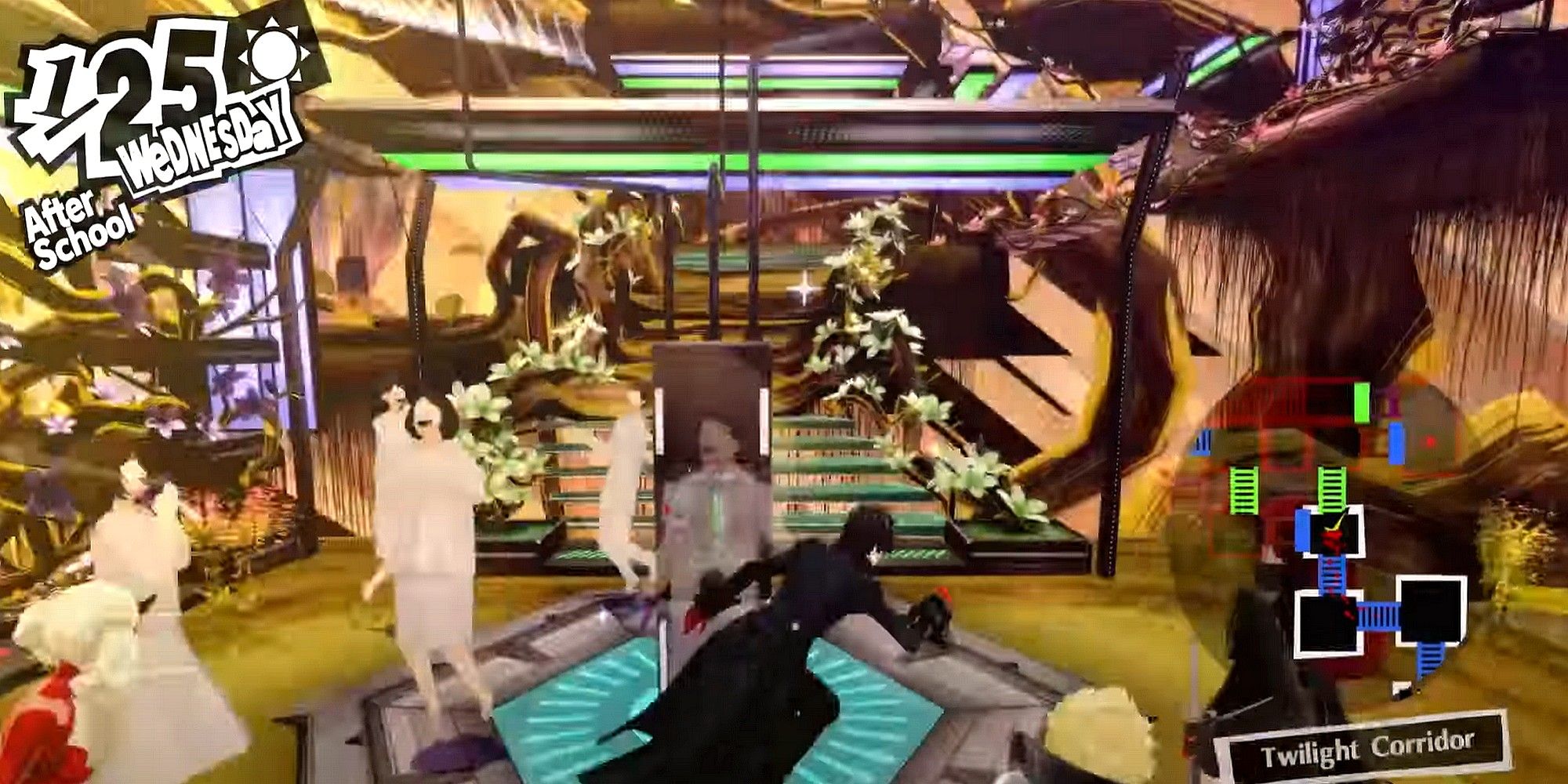 Turn left and hop down to a platform with another terminal, on which you need to turn off blue. You then hop off this platform behind where you’re standing to get to the one below it, and then climb the green stairs up a level. 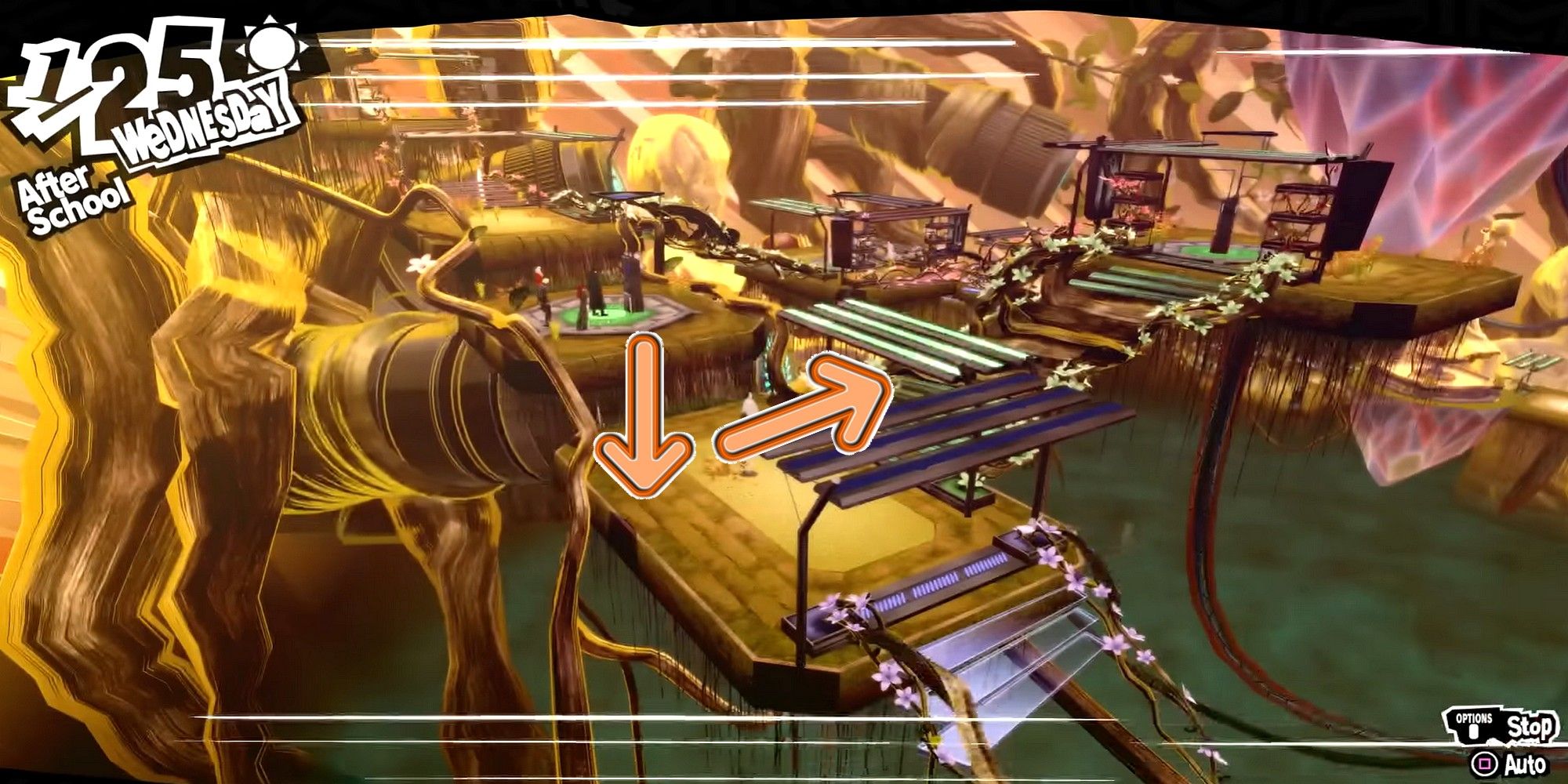 At the dimmer on this platform, turn on red and then head down the stairs, ignoring the dimmer here to take a left up the green stairs.

Take them up, then take the red stairs to the next terminal. You should be looking at two staircases now, which have a dimmer between them. 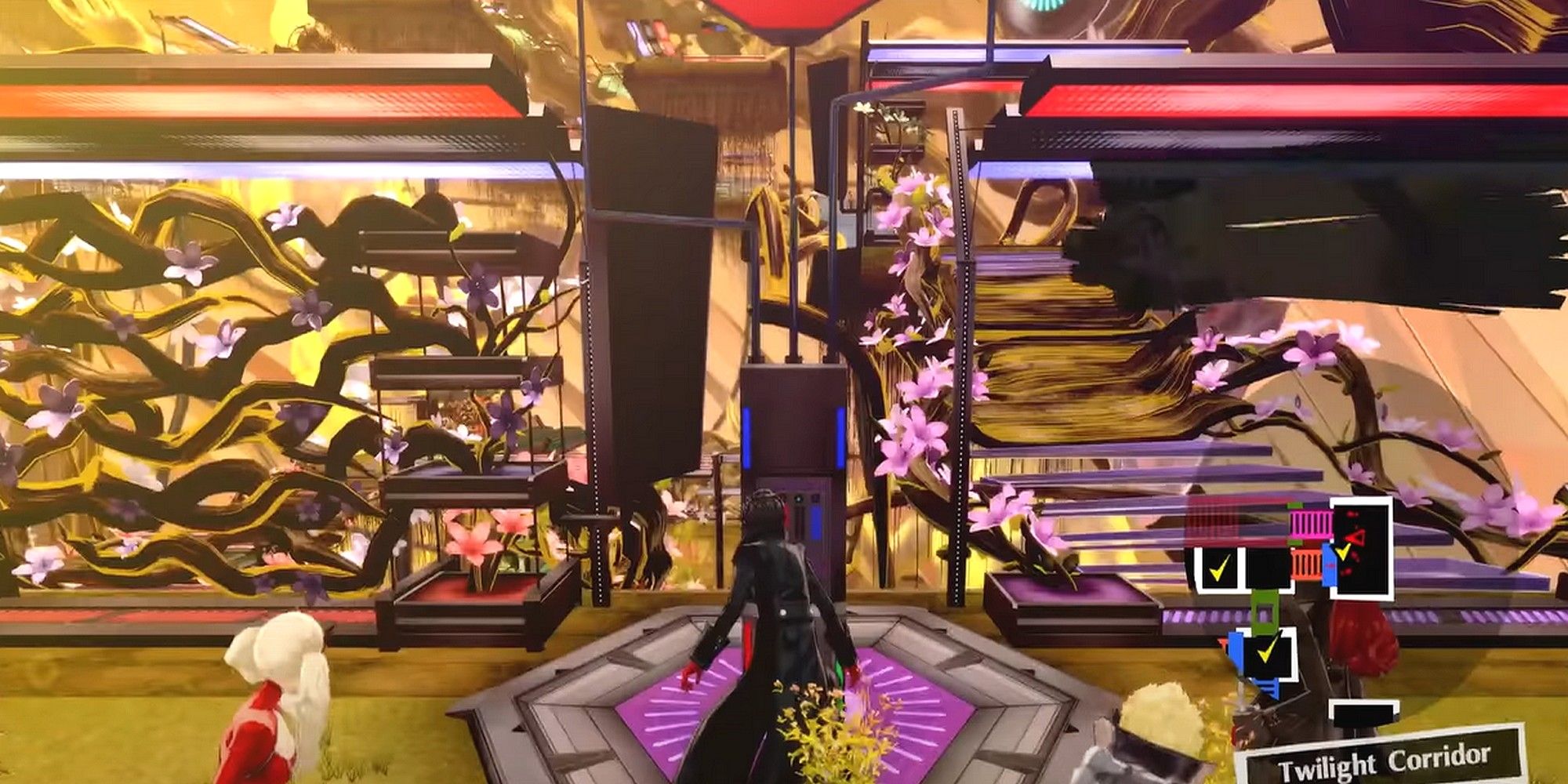 Access this terminal to disengage green and turn on the blue, which completes the magenta staircase that was previously disassembled to your right.

Climb the magenta stairs, then head up the different-looking red and blue stairs past the dimmer on the middle platform and all the way to the top of the second set of these stairs.

Hang a left, and at the magenta dimmer in front of you, turn on the green light. Take the blue stairs right past the dimmer to begin a cutscene with your group about the statue in the background. 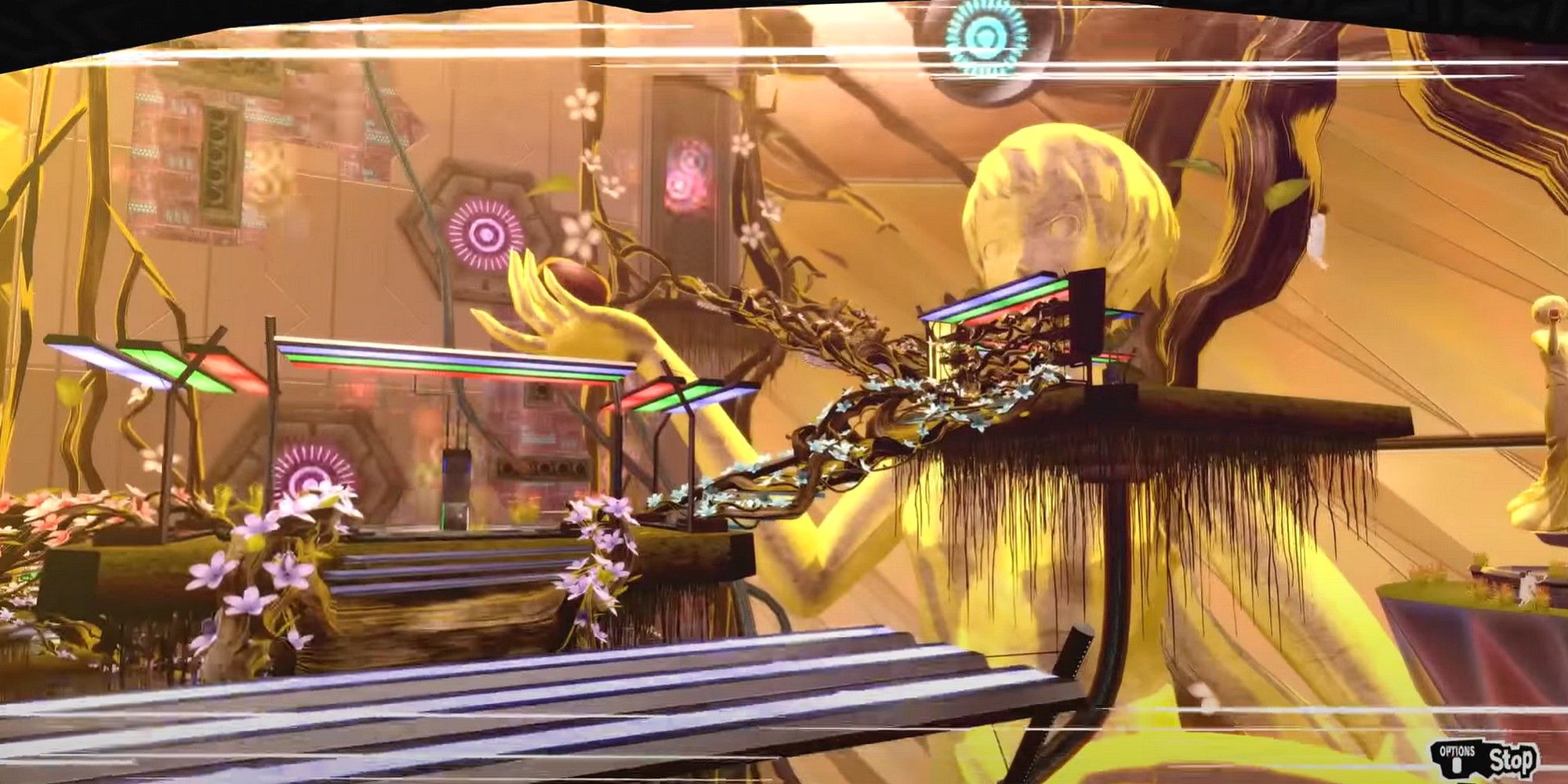 After the cutscene, go up the blue stairs in front of you to the next dimmer, where you’ll turn blue off.

Turning on the red light here will complete the staircase you need to reach the door to continue on with the dungeon, but if you want Maruki’s blue Will Seed in the dungeon, don't leave the area. 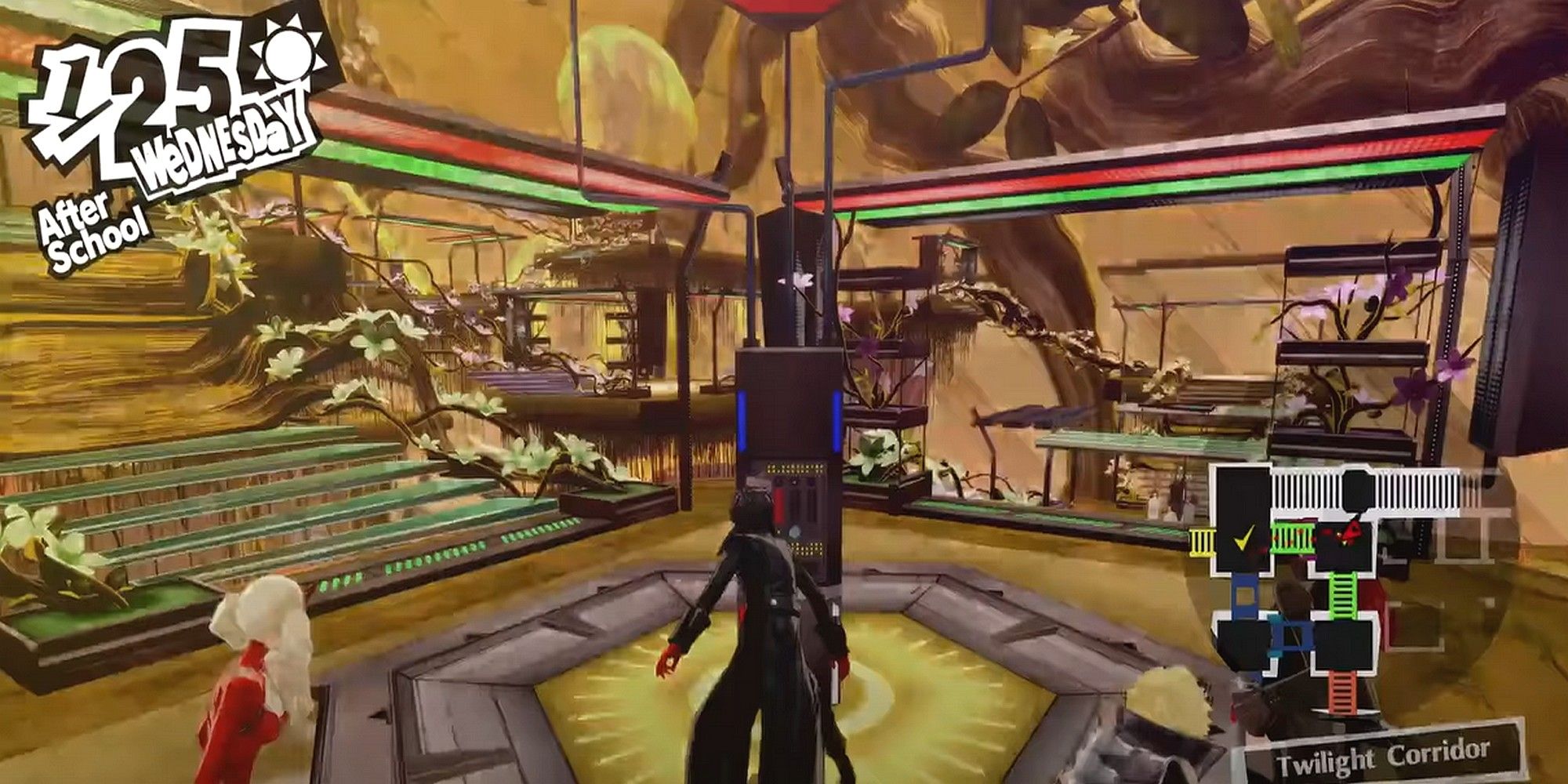 Turn on red and turn off blue here, then go up the green stairs to your left and down the red stairs past that.

At the dimmer here, turn off green and turn on blue before exiting, then take the red stairs down to some platforms you can jump across to your right. 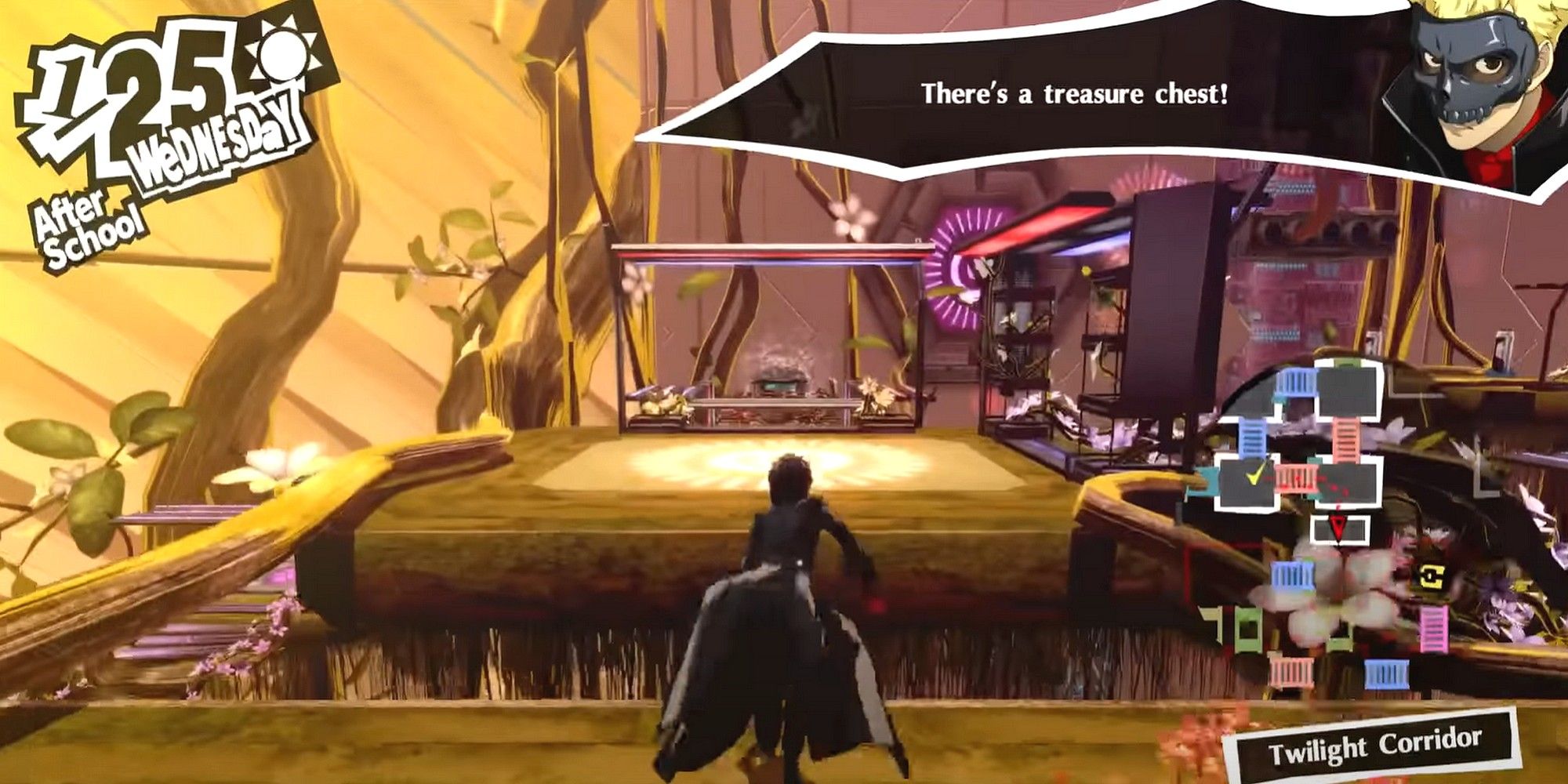 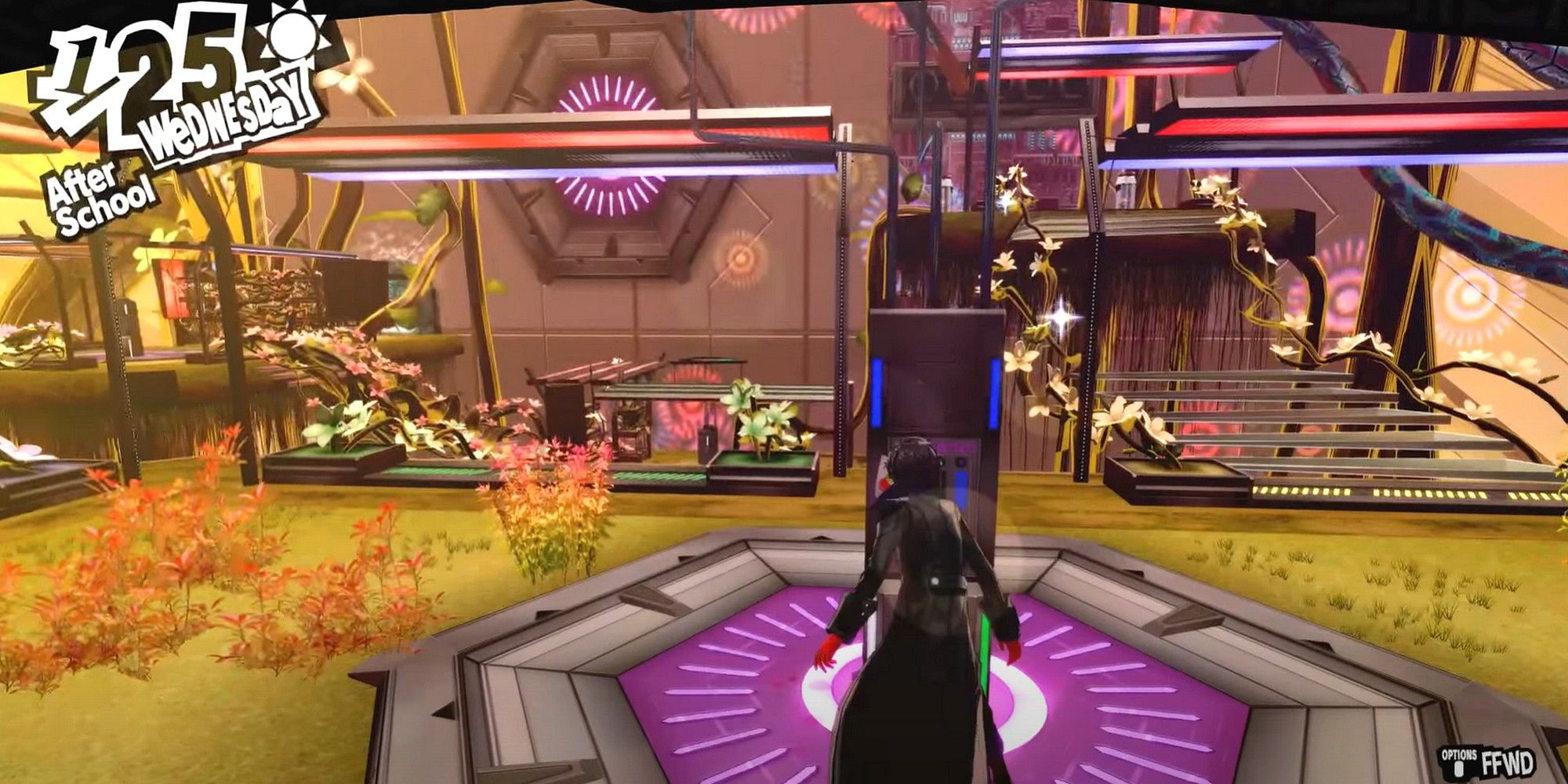 At this final terminal, shut off the red light. Now, all the lights are disengaged, which means you no longer have the plant walls in front of Maruki’s blue Will Seed door to worry about, but there is a strong Shadow, as there always is for blue Will Seeds. Your fight this time is against Evil Voracious Dragon, who, as you may expect for a final palace, is pretty strong. 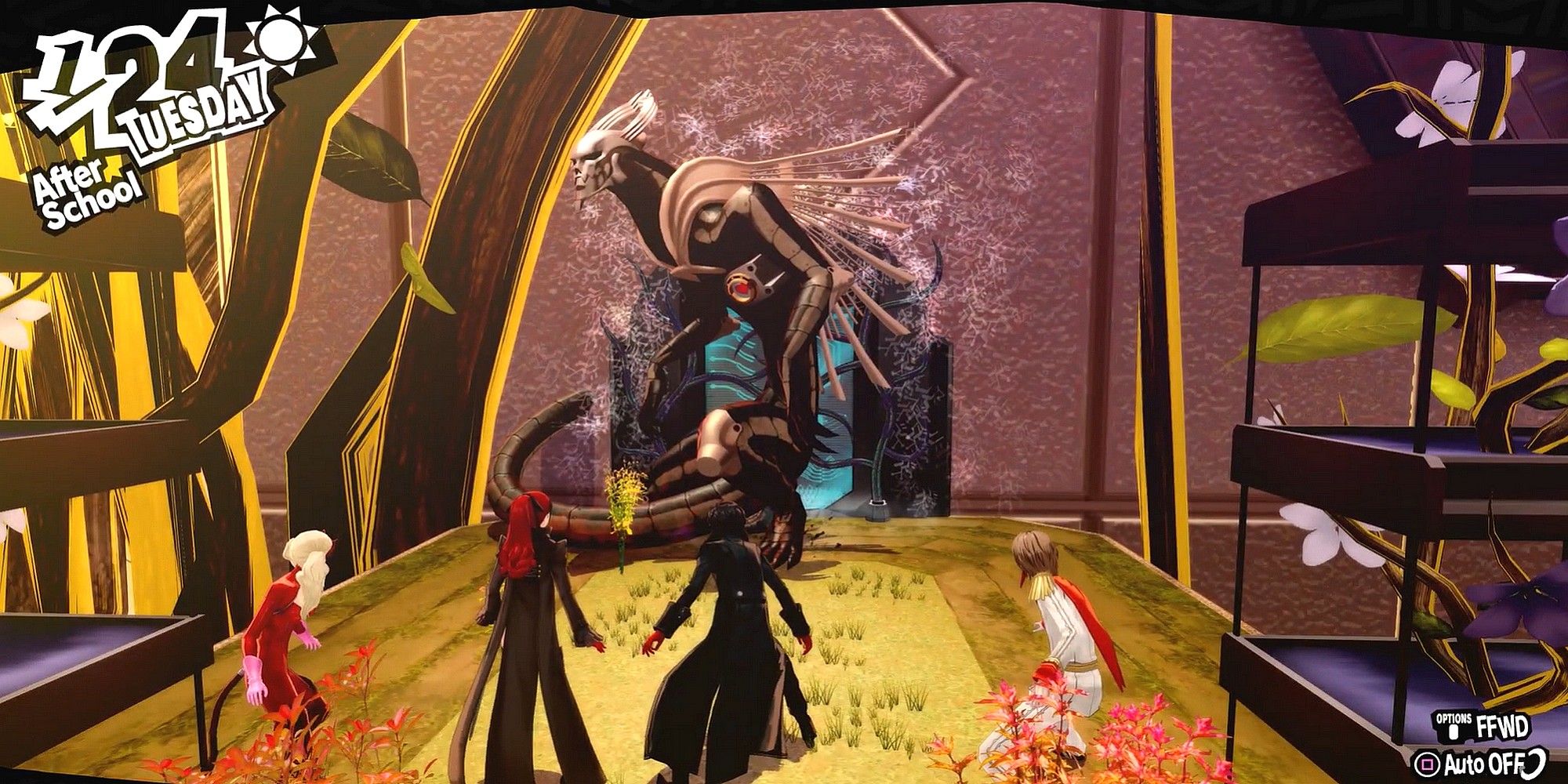 It has no weaknesses, repels physical and gun damage, drains fire and nuke damage, and is strong against electricity. This means you can only hit it with ice, wind, psio, bless, and curse to deal damage. It has a ton of HP, so chip away and hold your own to finish the fight. 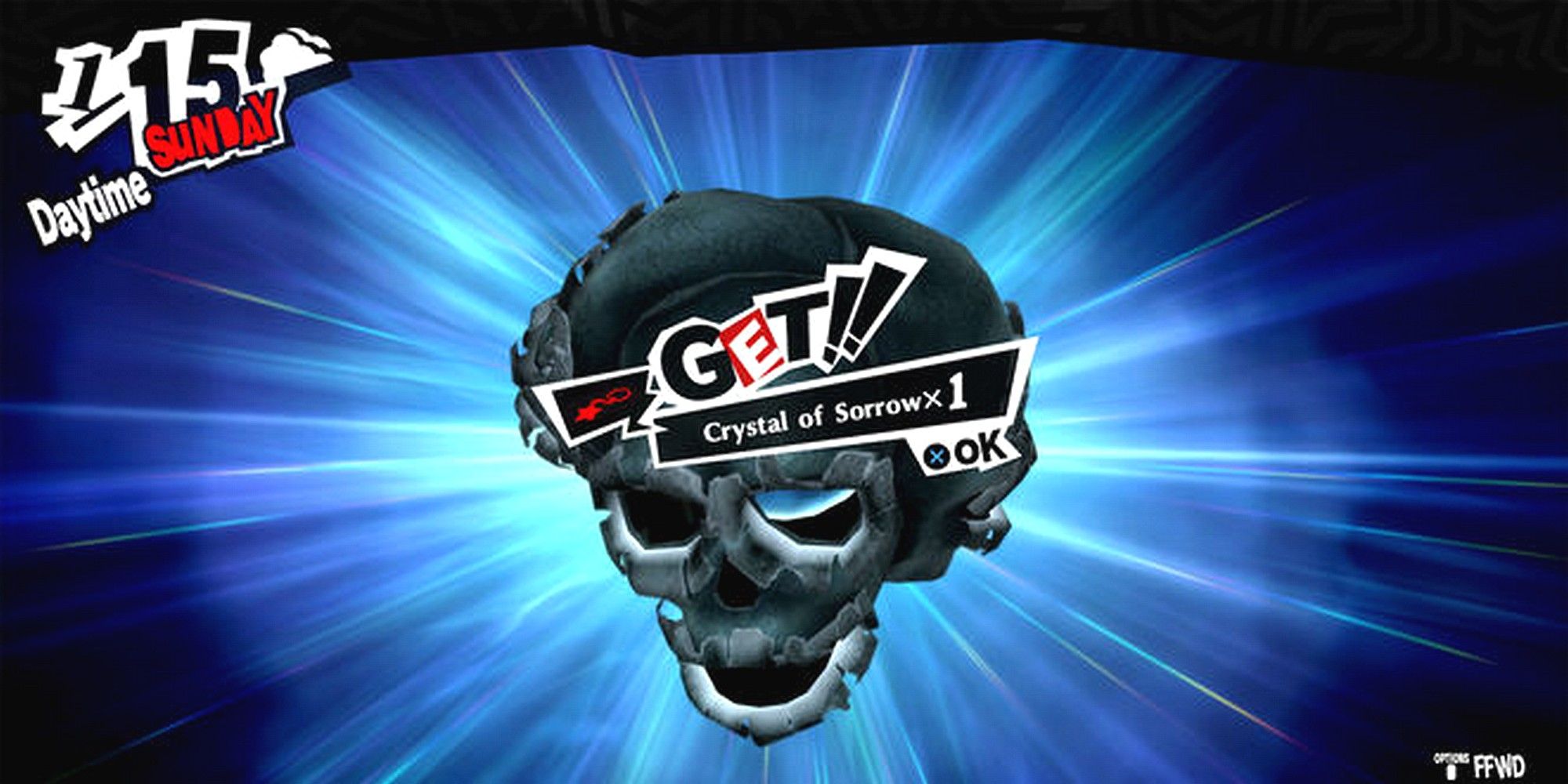 At long last, you can grab the blue Will Seed for Maruki’s palace. Taking it will fuse all three Will Seeds into the Crystal of Sorrow, a powerful item to have going into the end-game as it restores 8% of your SP, as well as 8% of your max HP after each battle.