Released in 2019, Persona 5 Royal served as the enhanced version of the base Persona 5 experience. The game brings a wealth of new content to the original story, including Will Seeds, a hidden collectible. In each palace, there are three Will Seeds for you to find, and doing so successfully will give you a new power-up item.

To make it even better, your team gets a small SP refill each time you collect one, making them beneficial to you immediately. Any missing Will Seeds can be purchased later for a non-negligible fee, so your best bet is to grab them while you’re dungeon-crawling. Here’s where to find each of the Will Seeds in Futaba’s palace.

Will Seeds will always be hidden behind an overgrown door. Morgana will tell you when you’re getting close to one. 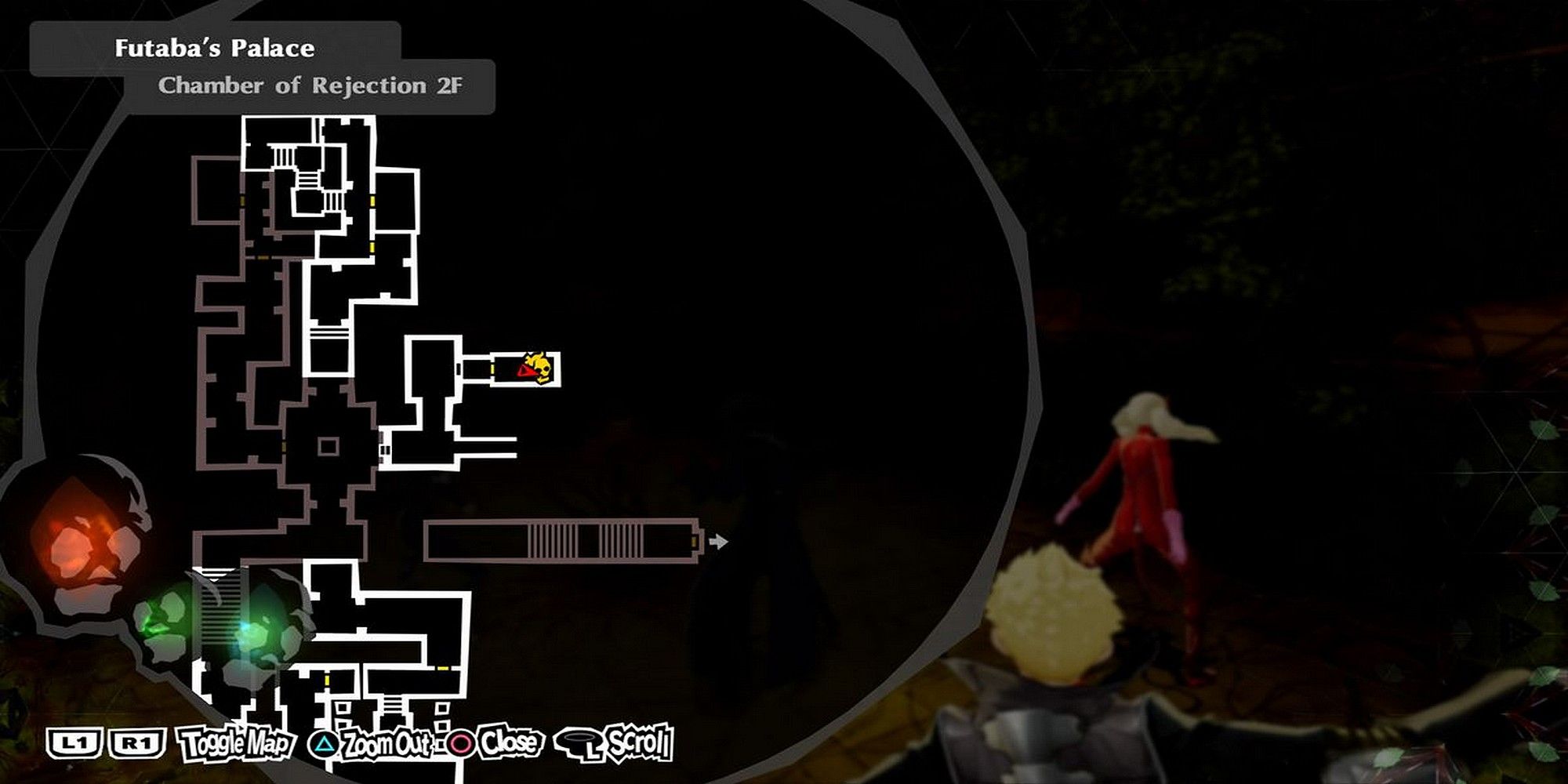 Futaba’s palace is broken into chambers. Her red Will Seed is found in the Chamber of Rejection.

From the Great Corridor, enter the Chamber of Rejection. Go up the stairs and use your grappling hook to get over the trap. Go into the room with the two pacing Shadows directly ahead once you enter the Chamber. You don't have to fight them. 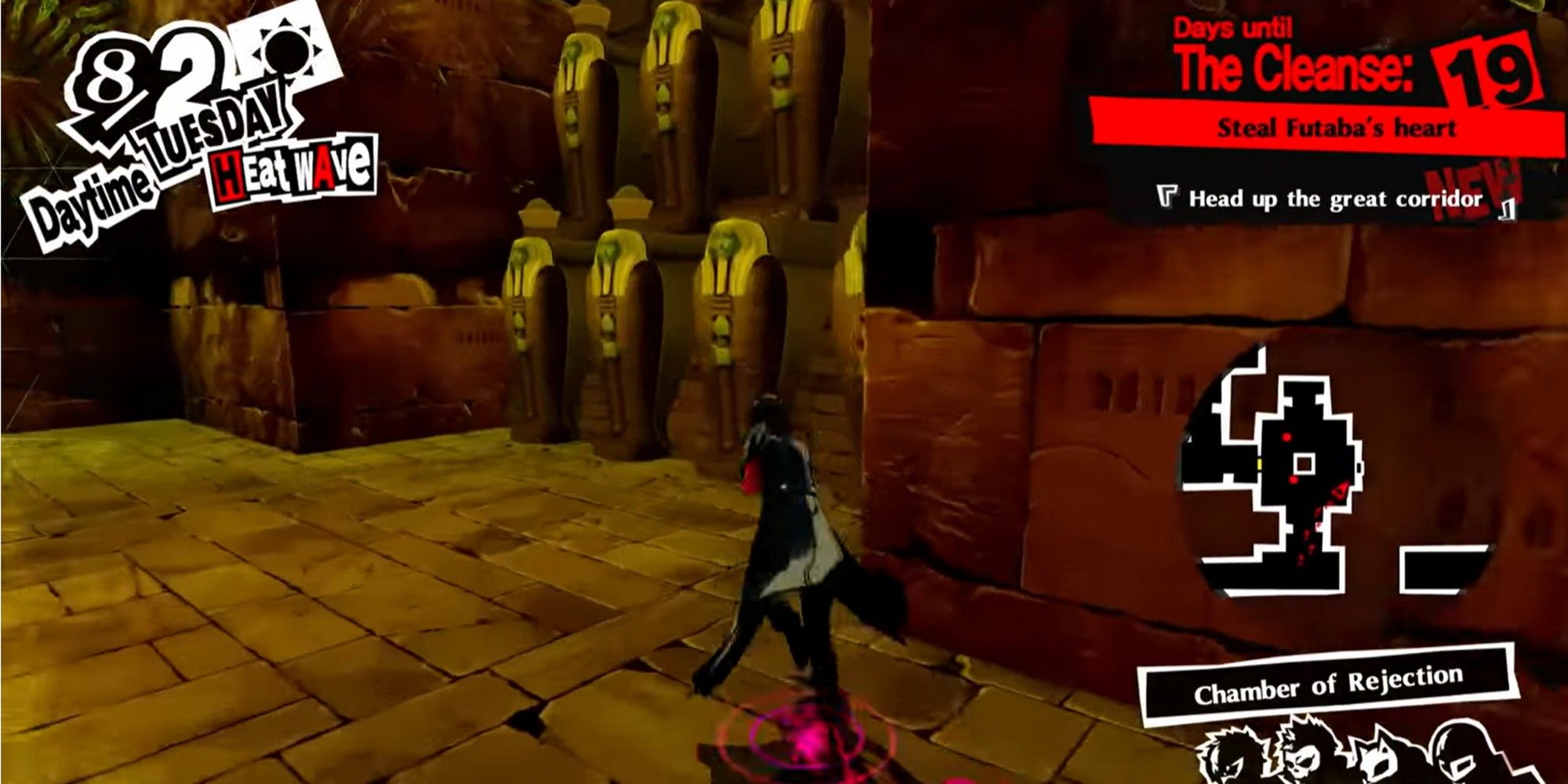 Head for the pathway on the right side of the room – climb the sarcophagi with the white "!" above their heads to ascend to the next floor. Mona will tell you he’s sensing something ahead. 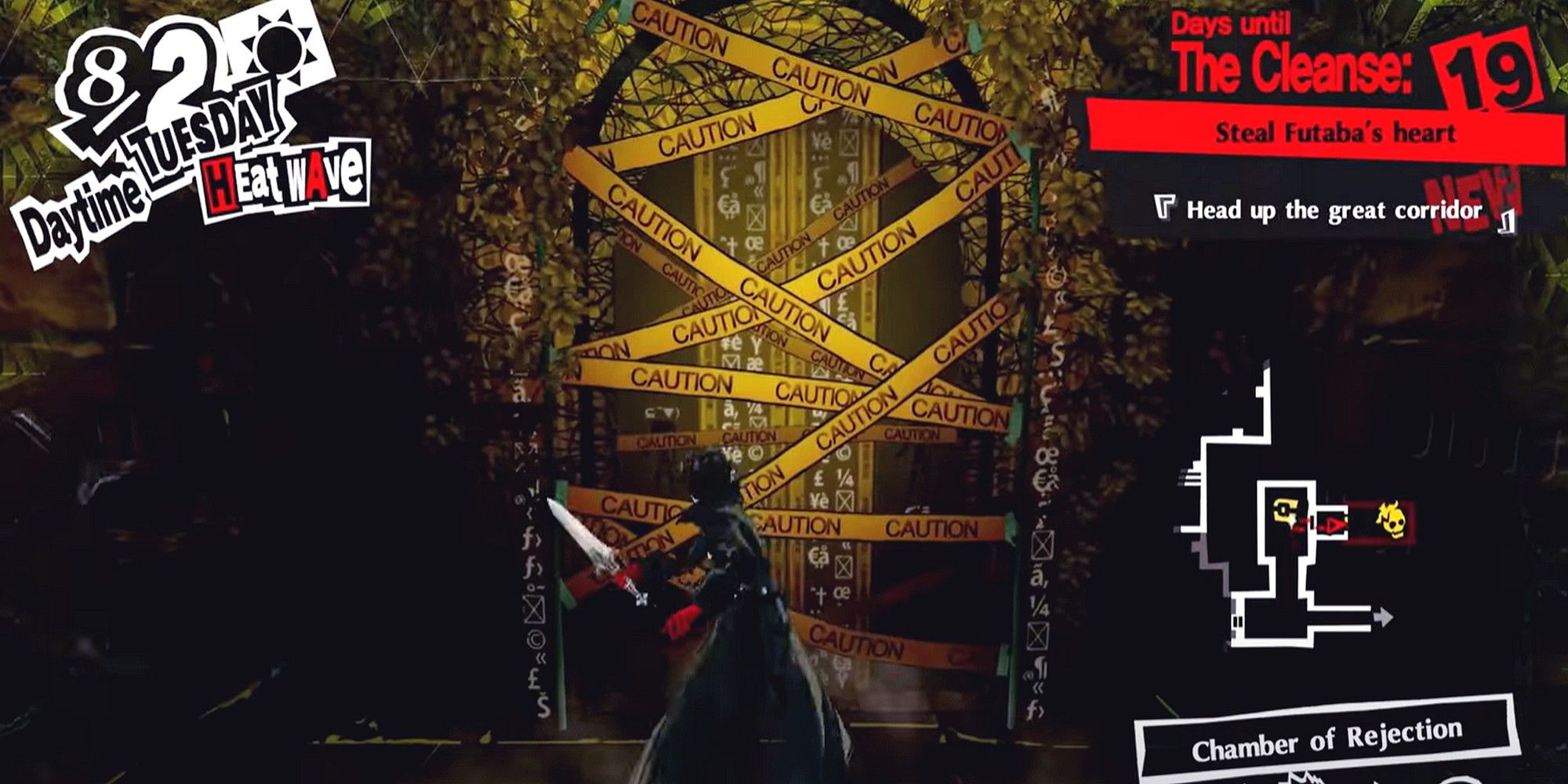 Turn left into the room with the chest, and climb the two sarcophagi to your right. You’ll see the door when you finish climbing, so head in and claim that Will Seed. 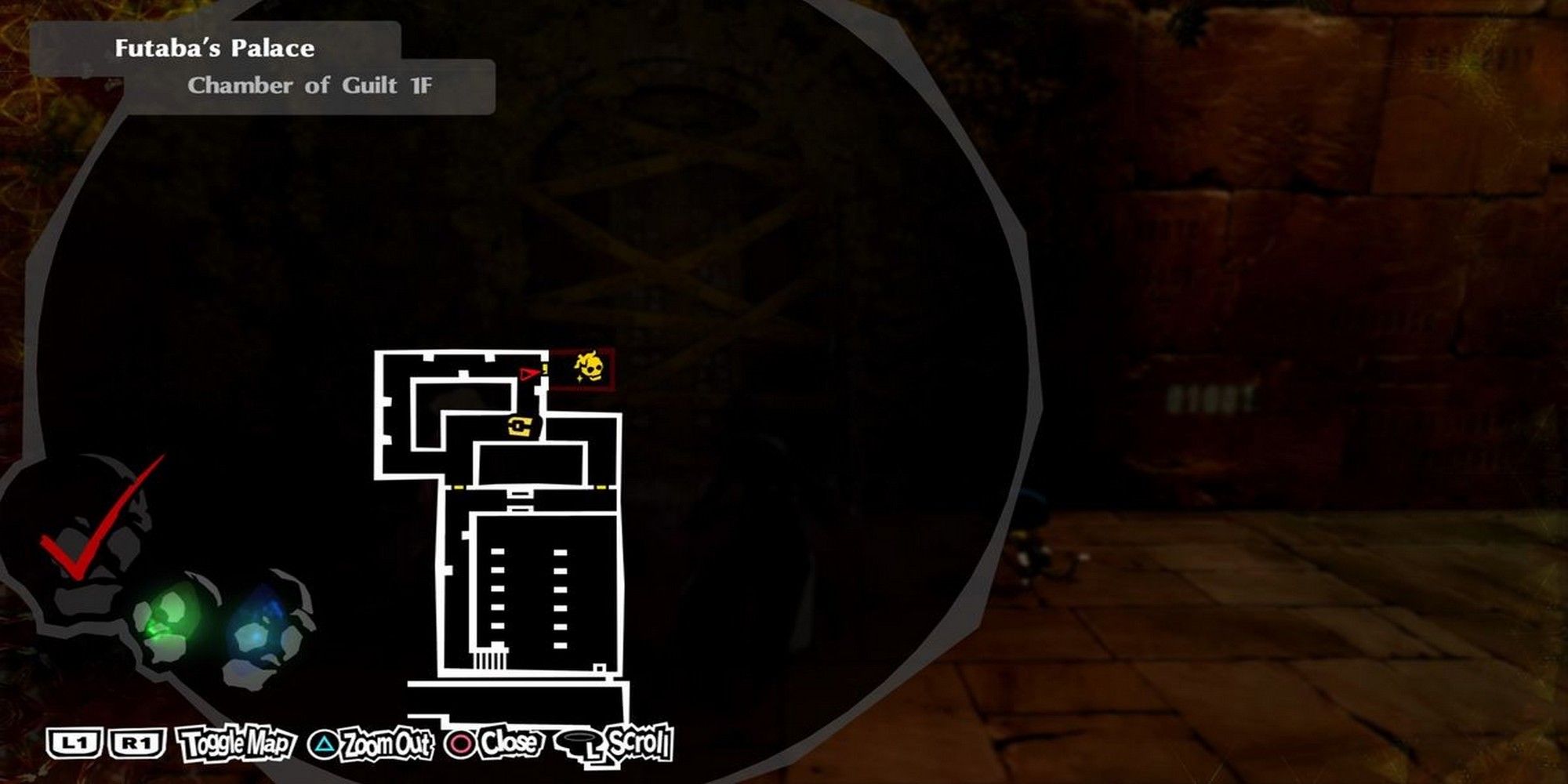 The green Will Seed is located in the Chamber of Guilt, also reachable through the Great Corridor. Do not jump down when you come to the end of the first hall. Instead, stay on this level, turn left to locate a small platform, and jump onto it. You should be facing the row of balls with neon green patterning. 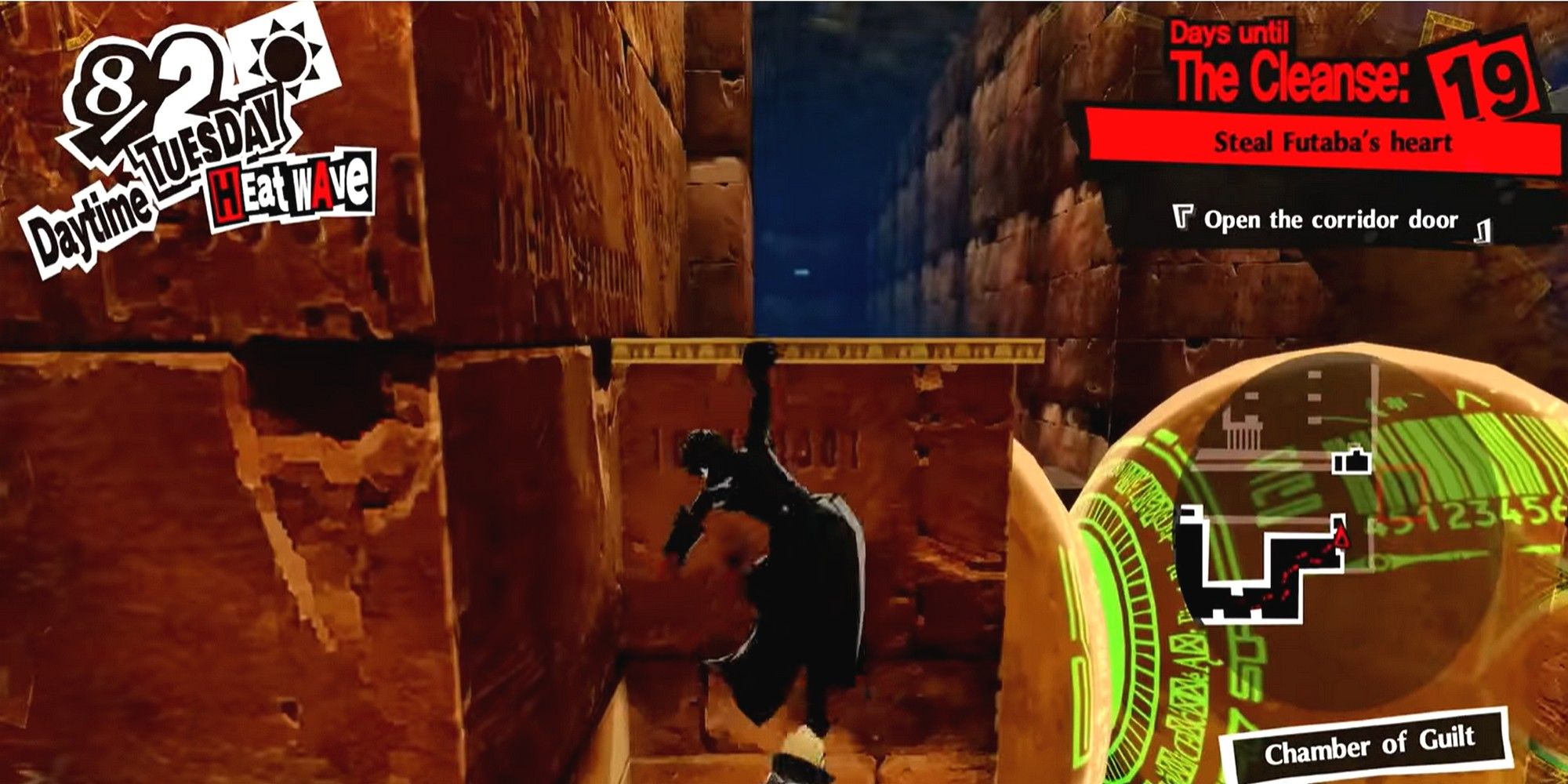 Jump onto the balls and move across them toward the small room to the right on your map. You’ll find another interactable stone slab up here – press to activate it. The inscriptions say R01100 and B10011, which are hints for the upcoming puzzle. 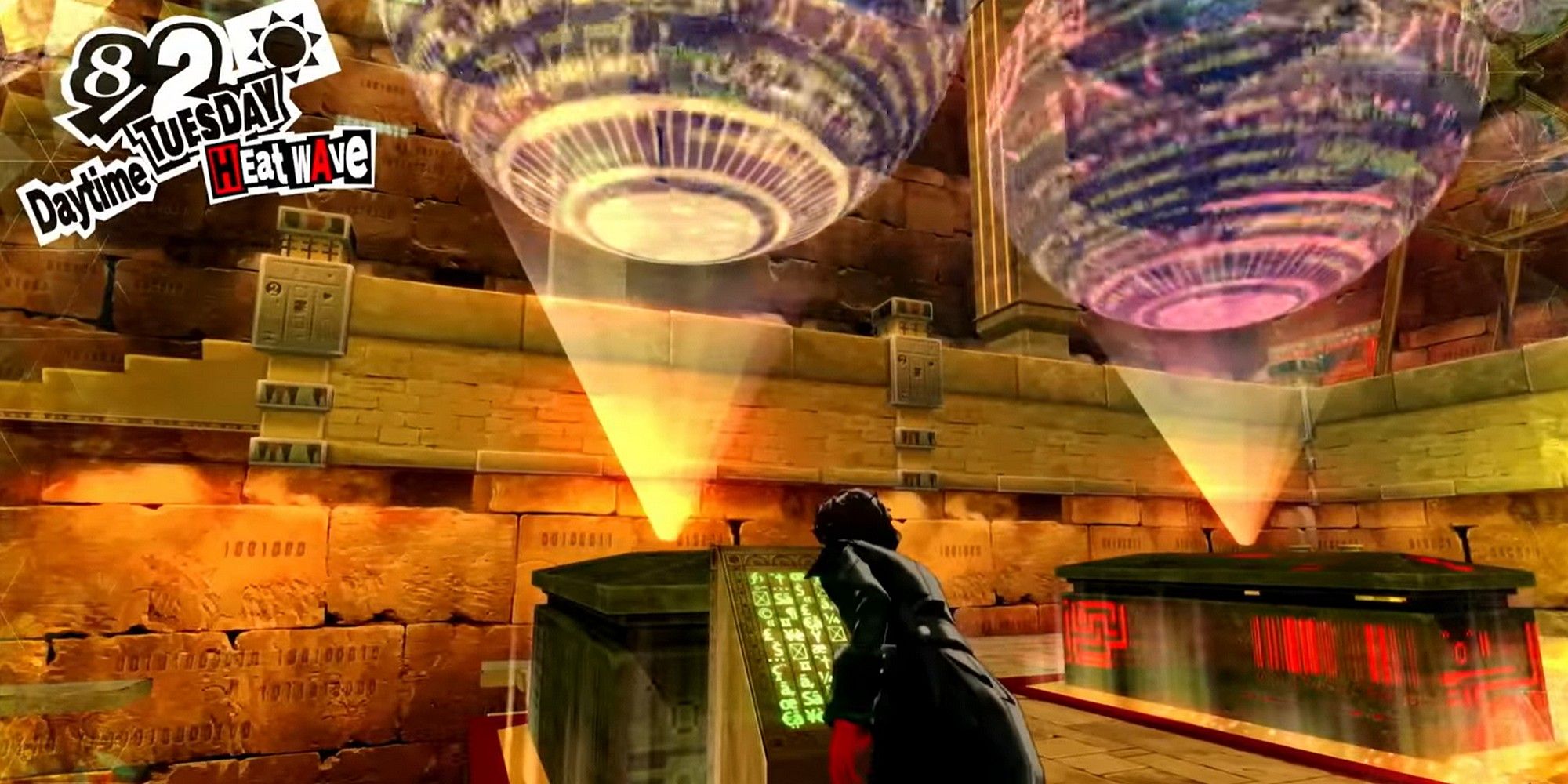 Jump down into the room with the illuminated caskets and light them up as you did in the previous section using the hint from the slab.

Once that's solved, either fight or sneak past the shadow in your way and continue through the newly-opened door ahead to trigger Mona telling you that you’re getting close. 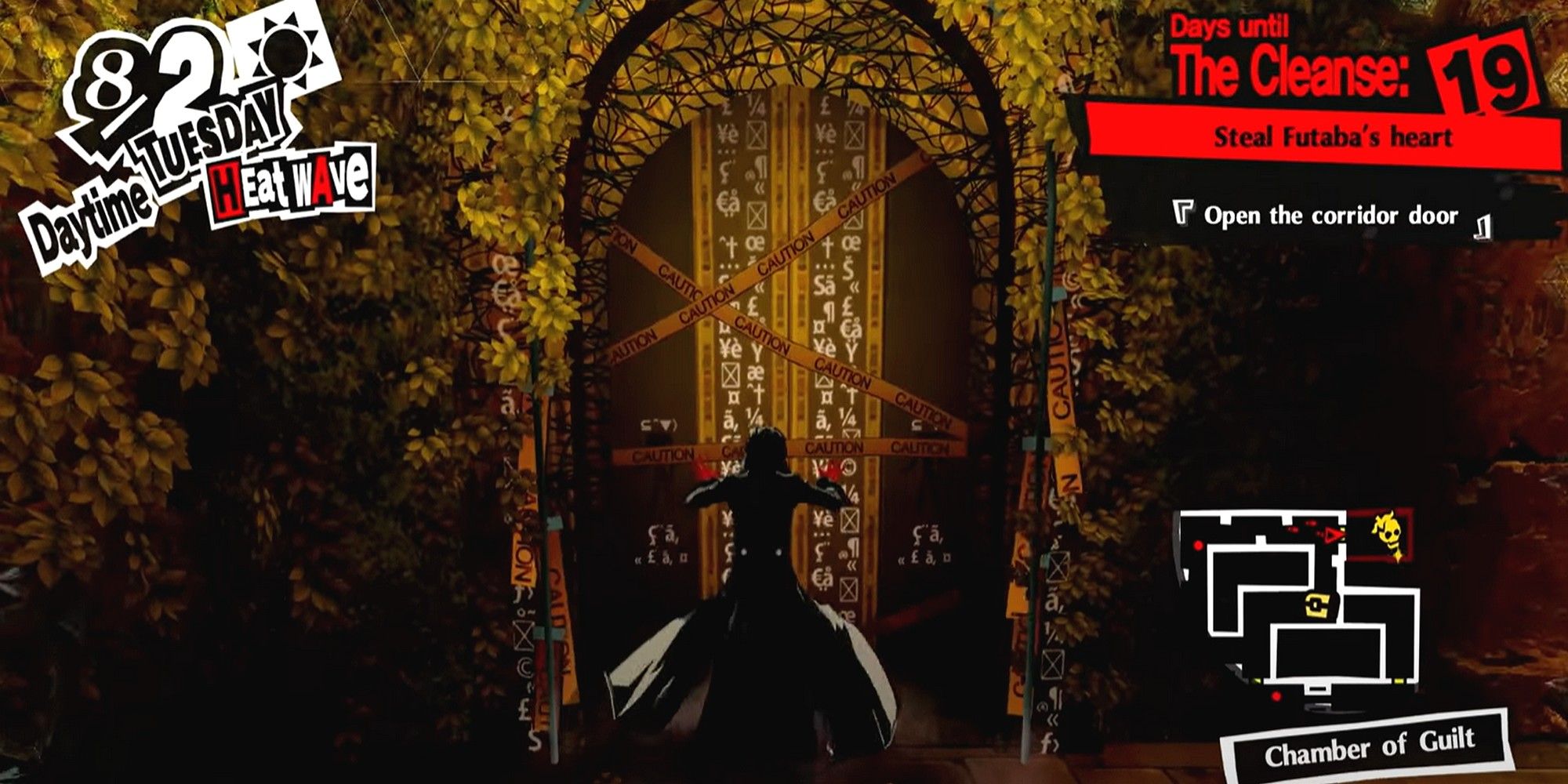 When you first enter this hallway, go left, then right, then all the way to the right again. The door for the Will Seed will be visible in the top-right corner of the hall. 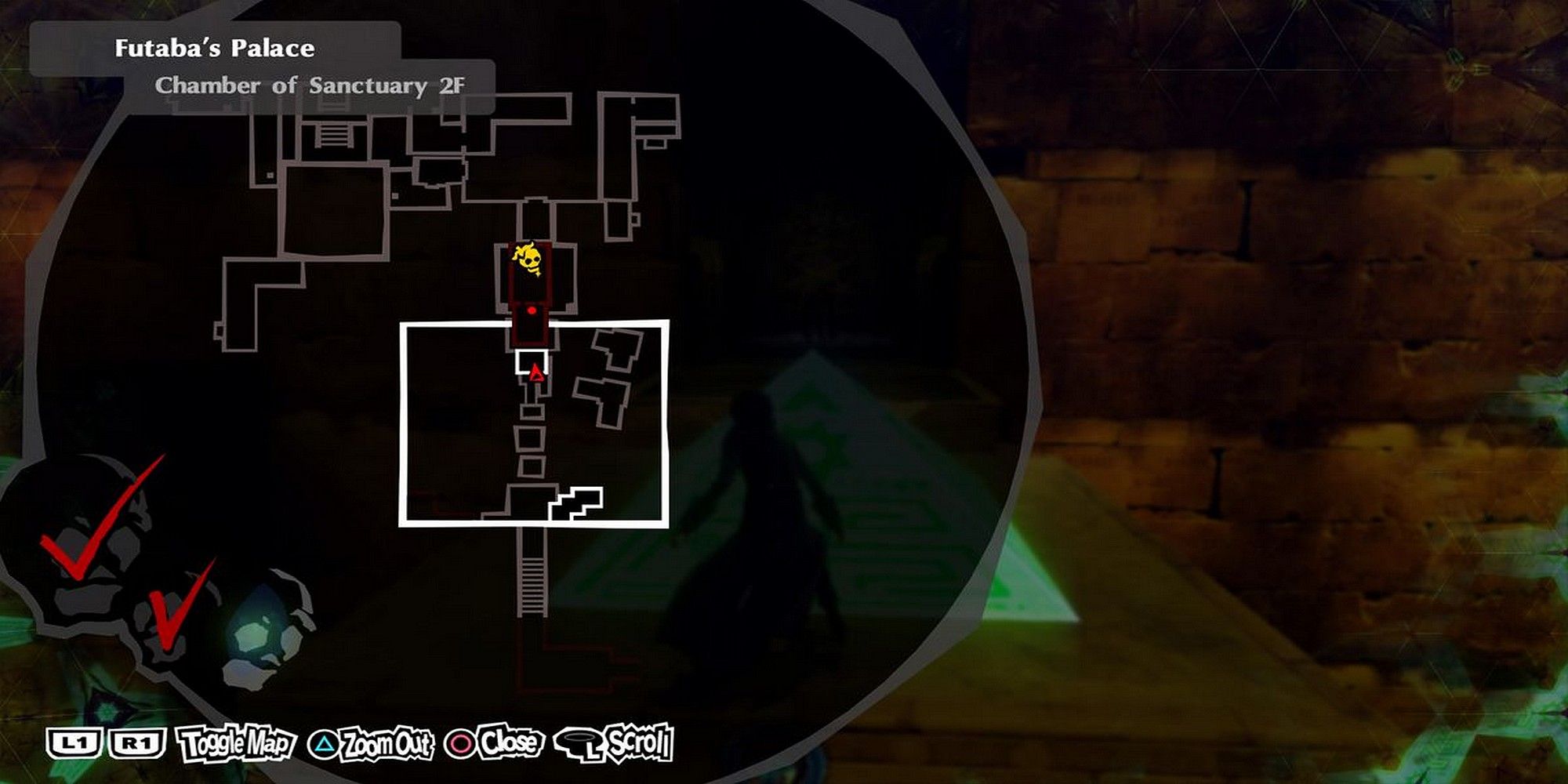 Turn right when you leave the room, then left into the room with the massive red coffin. Climb the coffin to access the next floor, then turn left, and left again, to find a platform overlooking the light pillars you’ve created in the room. Joker can hop onto them to navigate this area. 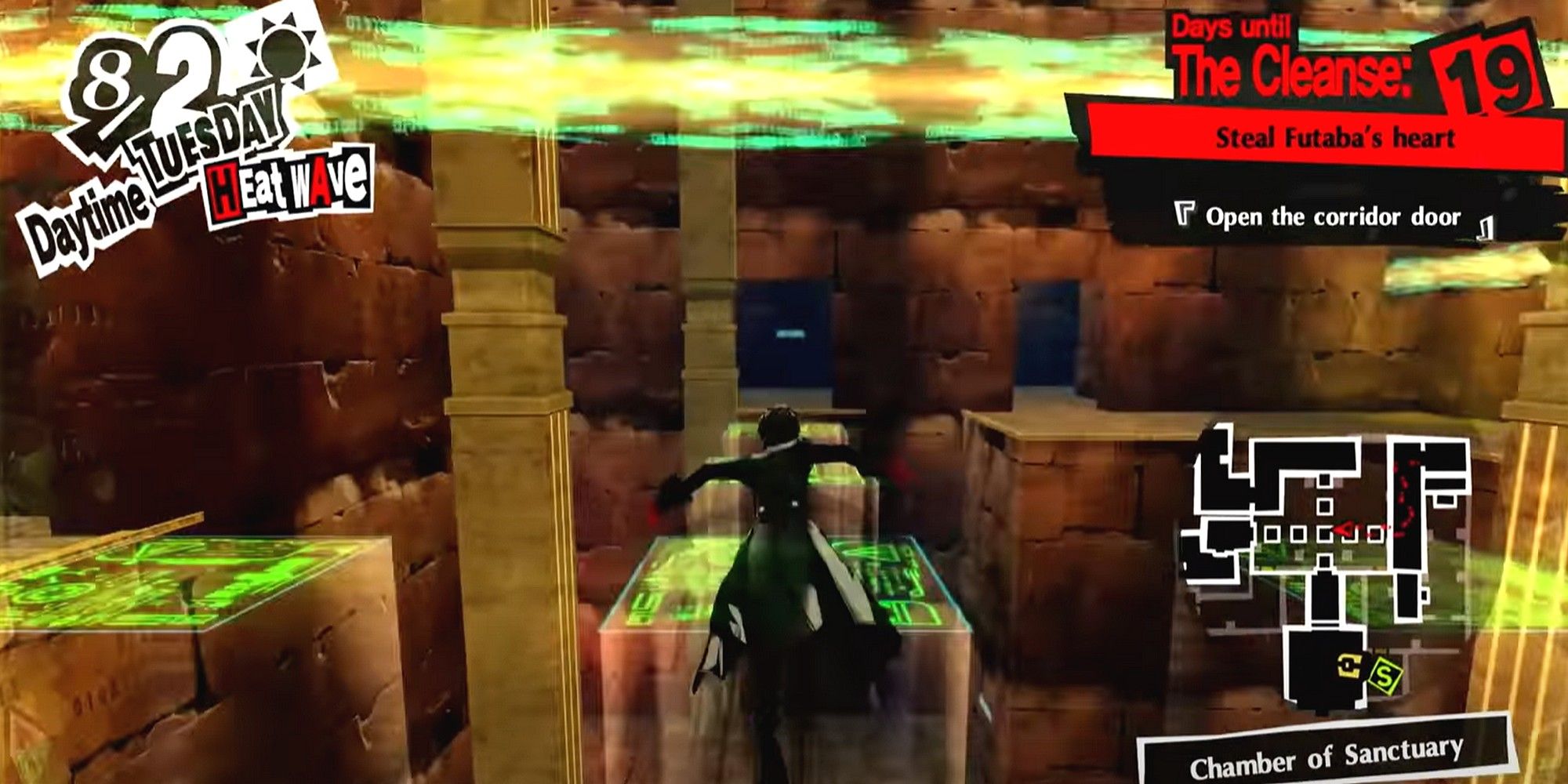 Advance to the third platform before turning left into the room to the side, and run into the illuminated door. You’ll see a large statue and Mona will warn you of a Will Seed nearby.

Jump to the platform by the statue’s neck and climb onto its head. Look to your left to find a grappling point, and get up to it. Head to the right section of this platform and grapple to the next point ahead. 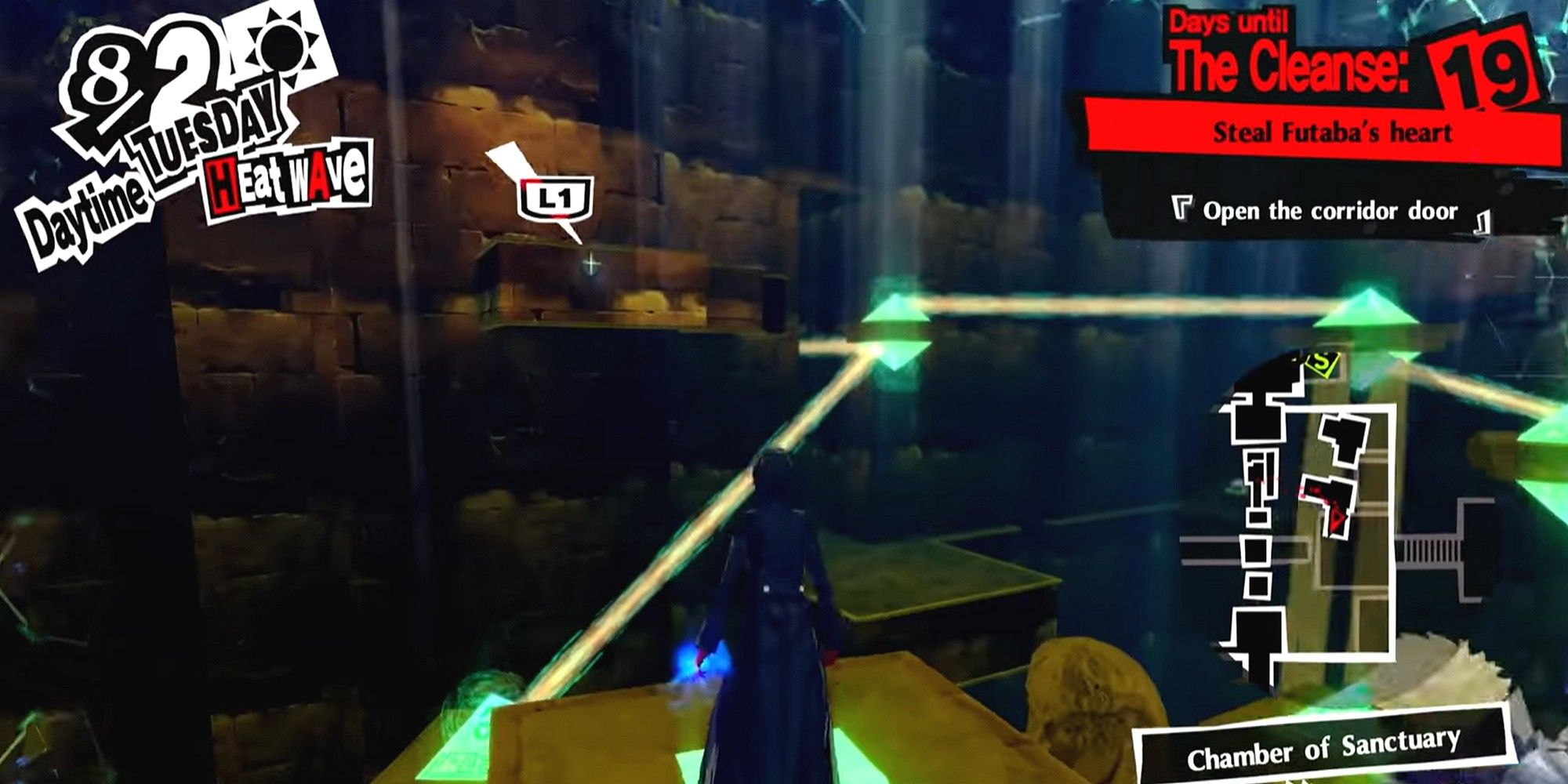 Hop down one level at the far right side of the platform, and go back across the statue’s head toward a platform with a pyramid. Jump to the next statue’s head and look up to find another grapple spot.

The door for the Will Seed is straight ahead, but, like all blue Will Seeds, it’s guarded by a strong Shadow, the Decadent False God. 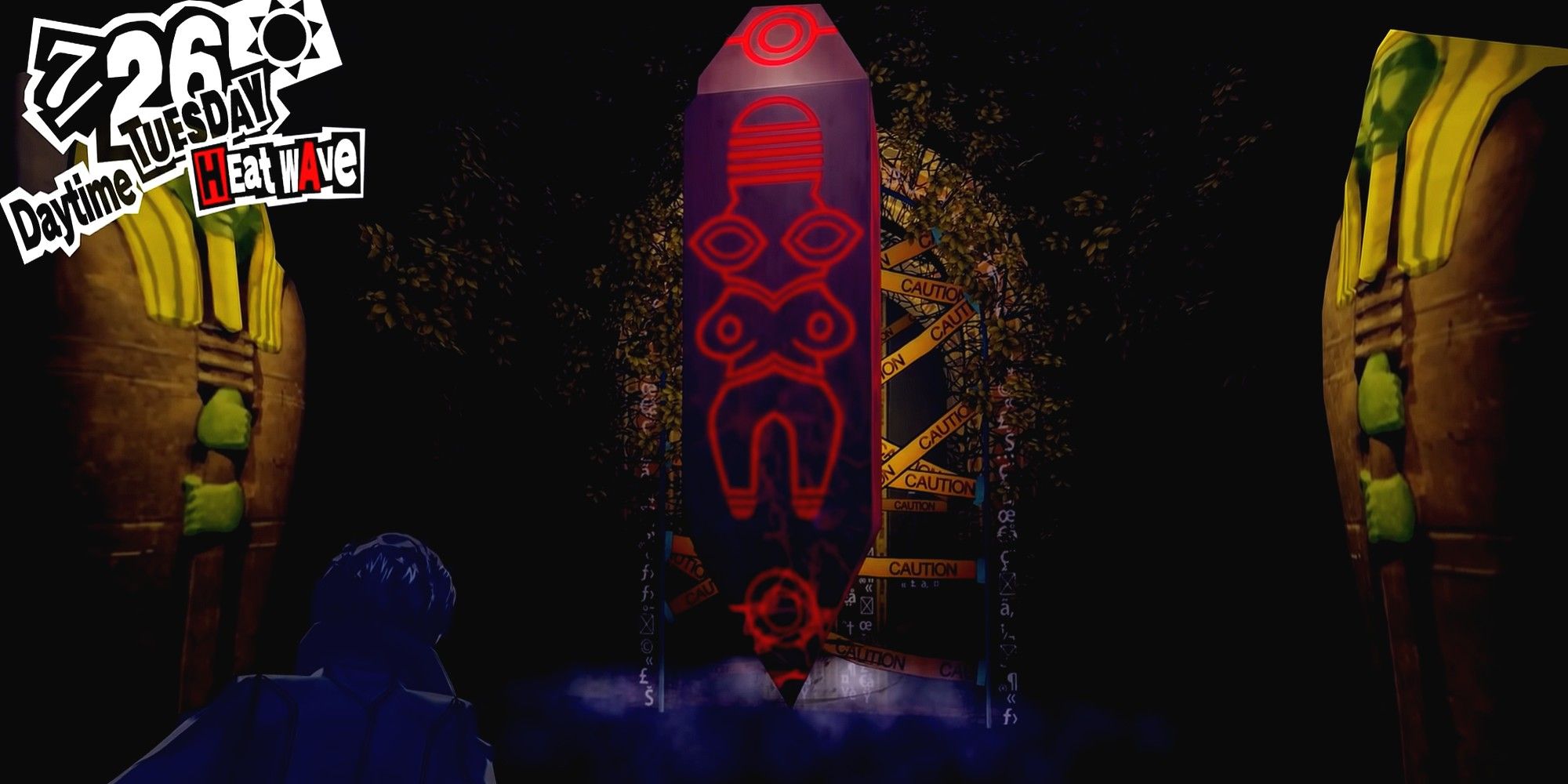 They’ll be throwing powerful ice attacks at you, which will be doubled by its Concentrate skill, but they’re weak to fire. Bringing a Persona that resists or repels the ice magic you’ll be up against is advised, but keep hitting it with fire attacks to bring it down. 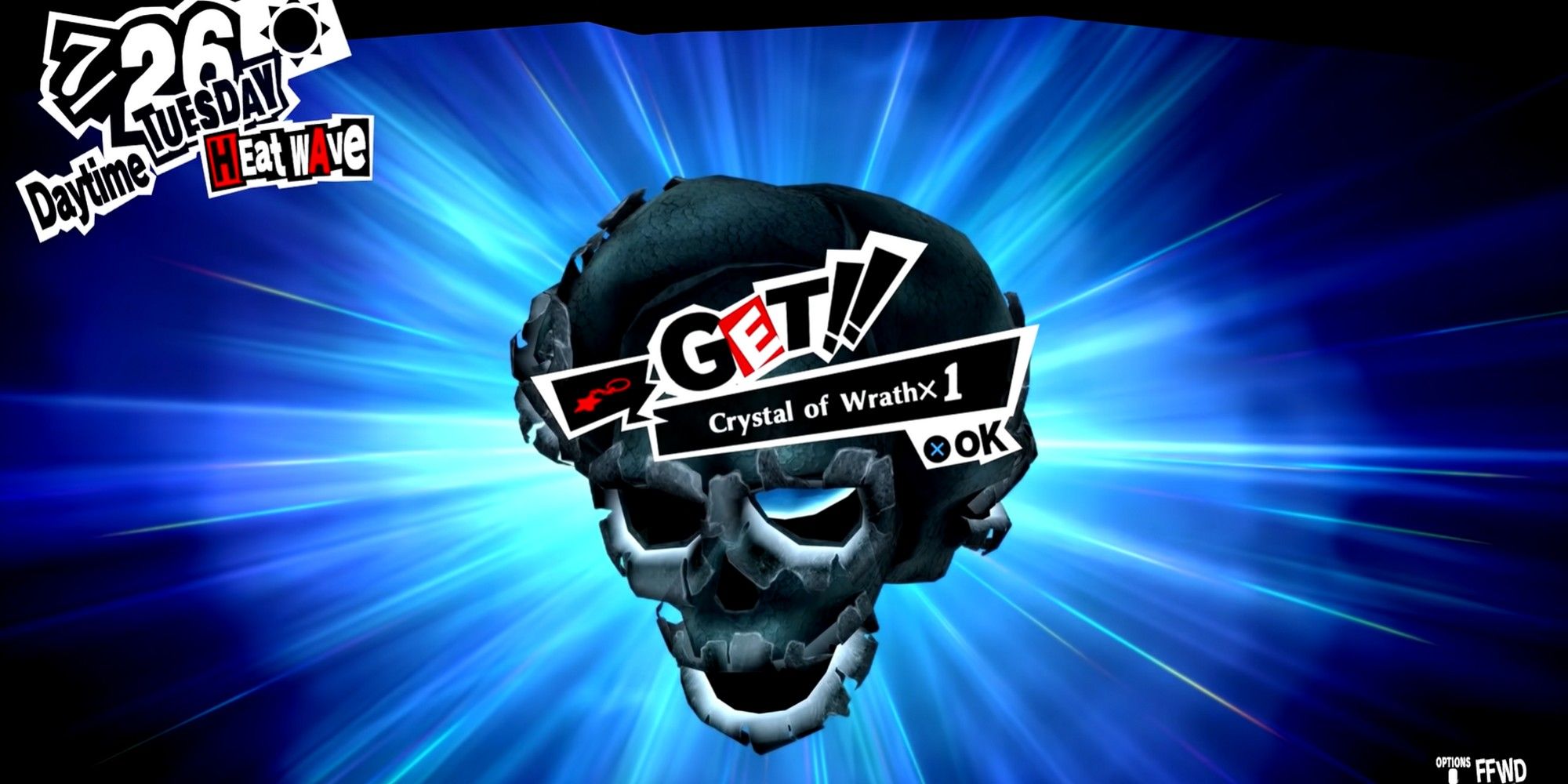 Once this fight is finished, head into the door to collect your final Will Seed. All three seeds will merge together and become the Crystal of Wrath, which upgrades the speed of whoever you give it to.