As bigger budget games become flashier and more complex with each new generation, it’s nice to go back to a simpler time with a charming little indie game. Often unrestricted from focus groups and marketing testing, one of the sub-genres that has cropped up in the wake of Braid’s release in 2008 is what I like to call the “indie puzzle platformer.” There are games that borrow ideas from popular franchises and take an approach that isn’t dissimilar to how Nintendo structures newer Mario games.

Such is the case of Strings Theory, a rather simple puzzle game that doesn’t bombard you with overproduced visuals or screen clutter. You’re simply controlling blobs of string as they attempt to navigate small mazes. It’s very much styled after games like Edge, Circles, and SiNKR in that everything you need to know is explained within seconds of starting a level.

I’m a sucker for games like this, so I was immediately drawn to the puzzle aspects here. In the demo available on Steam for PAX Online, Strings Theory presents a gradual difficulty curve that sees new concepts get piled on in test areas before mixing and matching everything you’ve learned, following the Nintendo blueprint to a tee.

The basic concept is that you’re tipping over squares to create bridges between different areas to collect non-colored blobs of strings. Once you do that, a central teleporter will open and you’ll step on it to proceed to the next level. In some ways, this is an evolution of the classic Windows 3.1 game Chip’s Challenge, just with an expanded playing field.

The demo doesn’t really present anything I’d call “challenging,” but it’s a mere slice of the potential that Strings Theory has. Despite me blowing through the puzzles on offer, I did get a little stumped by one of the final tests. In this, you controlled a specific string creature that was a twin. Using their twin bonding power, they can call platforms to each other across gaps. The puzzle then becomes figuring out how to maneuver them around the environment to reach that final goal. 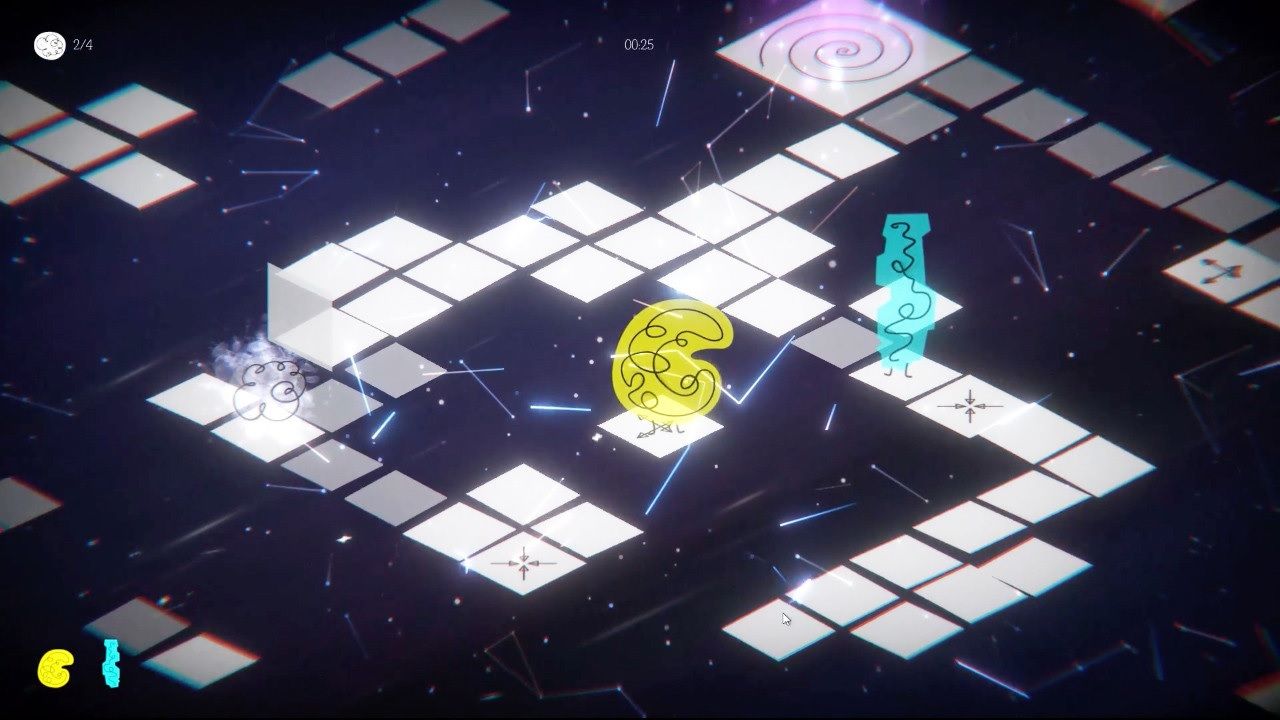 A few other rooms also introduced different string creatures that each had unique properties. The tall yellow guy, for example, couldn’t tip over squares to extend paths. That had to be done by the blue string dude. Placing each character across the grid from each other, it then became a task of figuring out which squares needed to be tipped to allow the yellow guy passage.

As an idea, it’s a golden blueprint to follow for making an objectively solid game. I’m not sure if everyone will gravitate towards Strings Theory, but you cannot fault its tried-and-true design. Whether or not it will be able to distinguish itself from the decade-plus of similar ideas remains to be seen, but I’m hopeful that developer BeautifulBee has something special in-store.

Currently, Strings Theory is on track for an Autumn 2020 release on PC, PS4, Xbox One, and Switch. It will feature co-op play and have around 50 different levels.