You are here:
Home / Pac-Man World Re-Pac review – ghosts from the past

Pac-Man World Re-Pac review – ghosts from the past 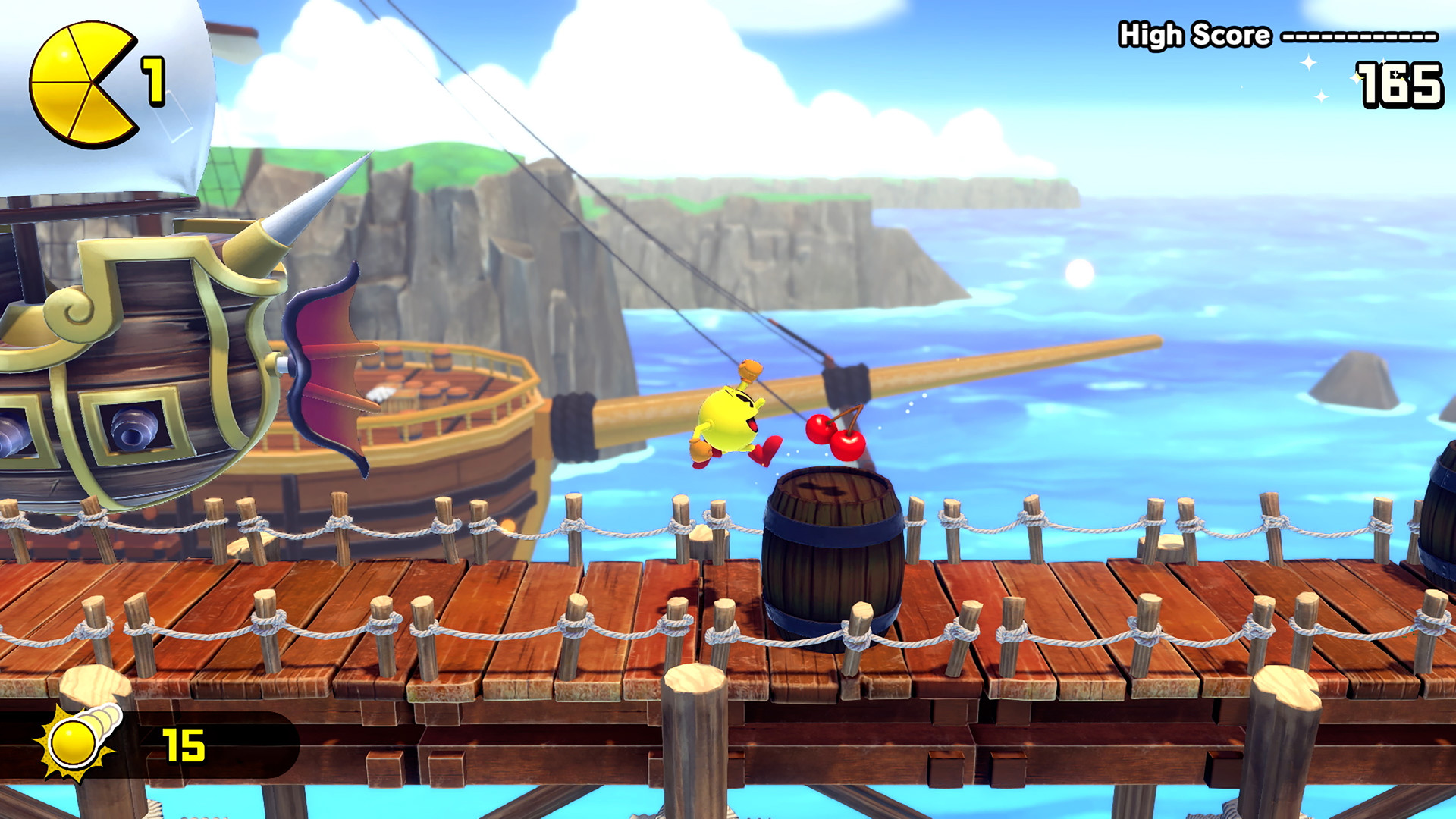 Yet another PS1 era 3D platformer is given the remake treatment, but does Namco’s Pac-Man World really deserve the attention?

We promised we’d give up acting surprised at how increasingly more obscure games were getting full-blown remakes, but consider our minds boggled that anyone remembers Pac-Man World, let alone decided to remake it. Initially released for the original PlayStation in 1999 (2000 in Europe) we’ve not known a single person to ever mention it, or its two sequels, in the last 23 years.

When Bandai Namco first announced the remake, it was as if it was the return of a much beloved classic, so we’ll give them the benefit of the doubt and assume it was popular at the time, at least somewhere in the world. Although the original plan for the game was to make it an open world title, no doubt inspired by Super Mario 64 and Spyro The Dragon, the final product is a mostly linear, mostly 2D adventure closer in pitch to the original Crash Bandicoot games.

Although Pac-Man himself spends most of the time in his humanoid form there are various attempts to anchor the game to the coin-op original, as you frequently turn back into a ghost-chomping yellow ball or take part in maze mini-games. Everything is very shallow and slowly paced but if you wanted to make a family friendly PlayStation era platformer based on Pac-Man it’s actually not a bad effort. Even if that still doesn’t explain why it’s been remade.

The simplest explanation for the remake’s existence is that Bandai Namco saw the success of the Crash Bandicoot and Spyro The Dragon remakes and wanted a slice of the same pie (while conveniently ignoring that both those remakes included all three games in their respective trilogies). You could also surmise that they’re considering making a new entry, but surely if they did make a new Pac-Man platformer it’d be a modern open world game and not something so conceptually limited as this.

In terms of story the game involves Pac-Man’s family being kidnapped by the minions of an evil robot Pac-Man. The only points of interest are that they choose to do this on his birthday, which almost turns the game into a gritty revenge saga, and that Ms. Pac-Man is now renamed Pac-Mom, as a result of the recent legal dispute. Although it’s also interesting that developer Nowpro went to the trouble of updating the original CGI intro, which back in 1999 was quite the technical achievement, and adding a few new ones throughout the rest of the game.

The game’s graphics in general were well above average for the time, with the sensibly restrained camera making the best of the PS1’s infamously insubstantial polygons. Remade for the modern day, that sense of battling the limitations of the hardware is lost and it’s much more obvious just how simplistic the level design is. This is technically a platformer, but there’s very little precision jumping going on and while you do get to move around in 3D to a limited degree this could easily have been a straight 2D platformer and little would have been lost.

The gameplay mechanics are more complex, to the point of being over-egged, with Pac-Man able to both ground pound enemies and shoot collected dots at them. For ghost enemies he has to collect a power pellet to eat them, but there are also metal enemies where you have to swallow a metal pill to defeat them (which also turns you metallic and allows you sink to the bottom of water areas). There’s also dash attack and, exclusively for the remake, a Yoshi style flutter move that allows you to hover briefly in mid-air. It’s all a bit bloated and unfocused but the game’s pacing is slow enough that you never get too overwhelmed.

There’s also a dizzying array of different collectibles – so much so that the on-screen interface doesn’t have enough room to display them all at once – but they’re mostly just different kinds of fruit used to unlock secret doors, that allow you to collect the letters of the word Pac-Man and access optional maze games. The collectibles are rarely more than a screen or so away from the door that needs them though, so it all seems very contrived.

Pac-Man World is and was aimed primarily at younger players and in that sense it works perfectly fine as an introduction to both Pac-Man and platforming gaming in general. The original could be very difficult at a times though, especially in terms of the boss battles, but there’s now a new easy mode that helps smooth over that issue.

The boss battles are a highlight though, with a number of surprisingly imaginative encounters, including a homage to Galaga and a bumper car race. Having to restart each one from scratch if you die is still a pain but they’re the best evidence that this isn’t just a generic platformer and that the original designers were genuinely trying to make something unique and fun.

Those behind the remake have put in a good effort too, but you still can’t shake the feeling that the whole thing is still rather pointless. It’s a good remake, in the sense that it recreates and improves the original as best as you could hope for, but despite all its positive features the game still doesn’t feel worth the effort.

While it does seem as if there should be some way to turn Pac-Man into a modern action game star he’s never had the breakthrough role necessary to prove it. Pac-Man World is arguably the closest he’s ever got but in terms of modern versions of the franchise, Pac-Man Championship Edition and its variants are far better games. They’re also additional proof that while the original 1980 coin-op will live forever nothing else Pac-Man related has had anything like the same longevity.

In Short: A competent, if unwarranted, remake of an amiable 90s platformer that most people have long since forgotten – if they’re even aware it existed in the first place.

Cons: The original design is not particularly memorable, with basic platforming, listless enemies, and uninteresting collectibles.