Overwatch 2 is a free-to-play shooter, which has picked up some popularity with its recent release. The characters that you can pick are called Heroes, and each one has its own abilities and weapons for you to utilise. When looking for a play mode you can do Quick Mode with a variety of maps, Competitive Mode to rank up, or Arcade and Practice modes that give you the option to choose the games you want to play.

With Overwatch, there are many heroes for you to choose from, all with different roles and abilities. It can be tough to know which hero to go for if you are unsure what they can do or how to main them, so this guide should help you to understand Widowmaker more and how you can use her for your team.

What Role Is Widowmaker? 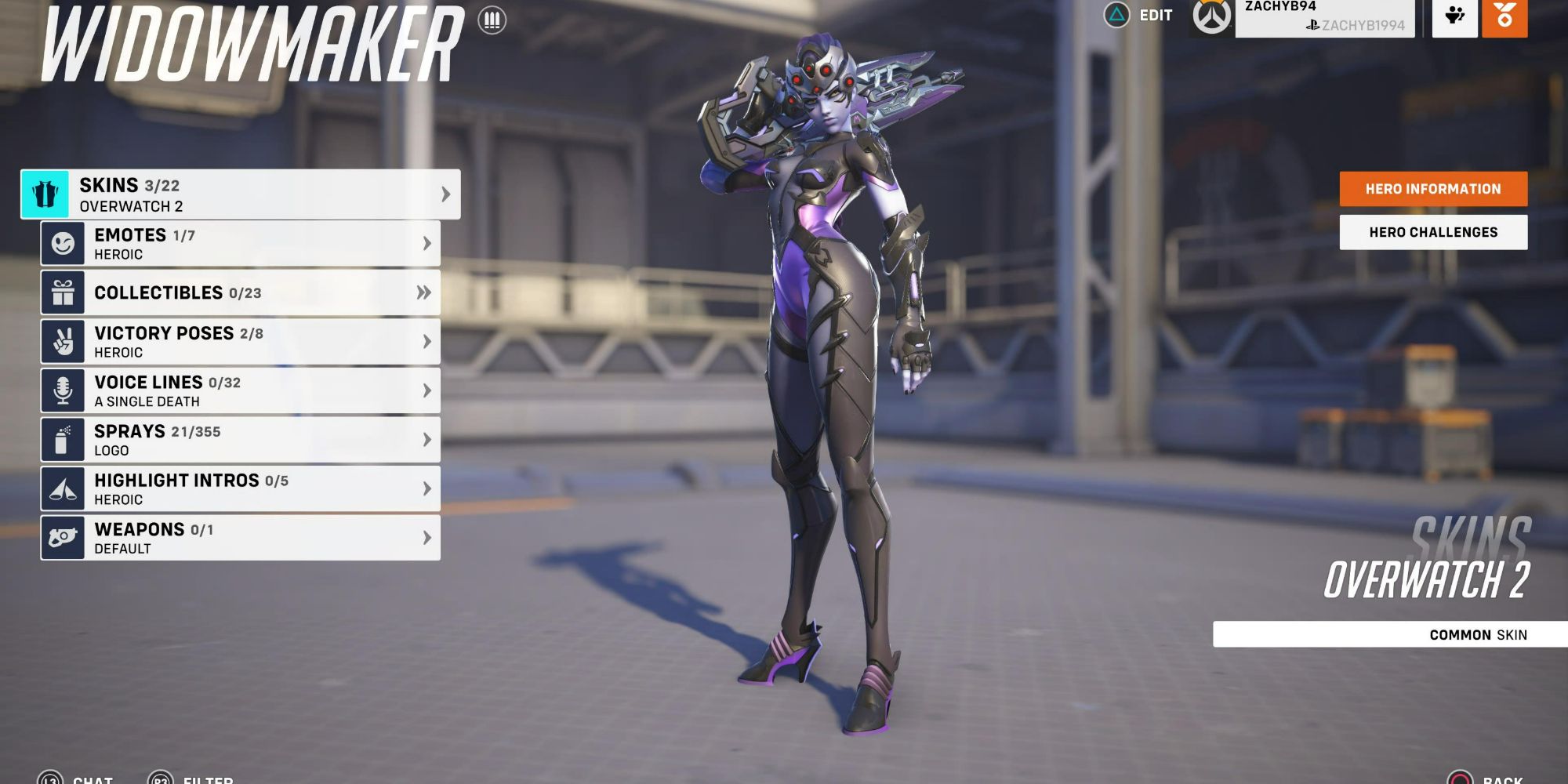 Widowmaker is in the damage role category. This means that the overall goal when playing as this hero is to cause as much damage to the enemy as possible. Now, this does not mean you have to have loads of kills come the end of the match, but being involved in kills is crucial. This means getting lots of assists by weakening the enemy as much as you can for your teammates to then finish off.

You can also sit back with your sniper and deal damage from range this can help to push enemies off of the objectives and take the pressure off your teammates, something that is especially effective in objective-based modes as the objective is stationary.

With the damage role, this gives Widowmaker a passive ability that all the damage heroes get. This passive gives her the ability to get an increase in speed and also increased reload speed with each kill she gets. 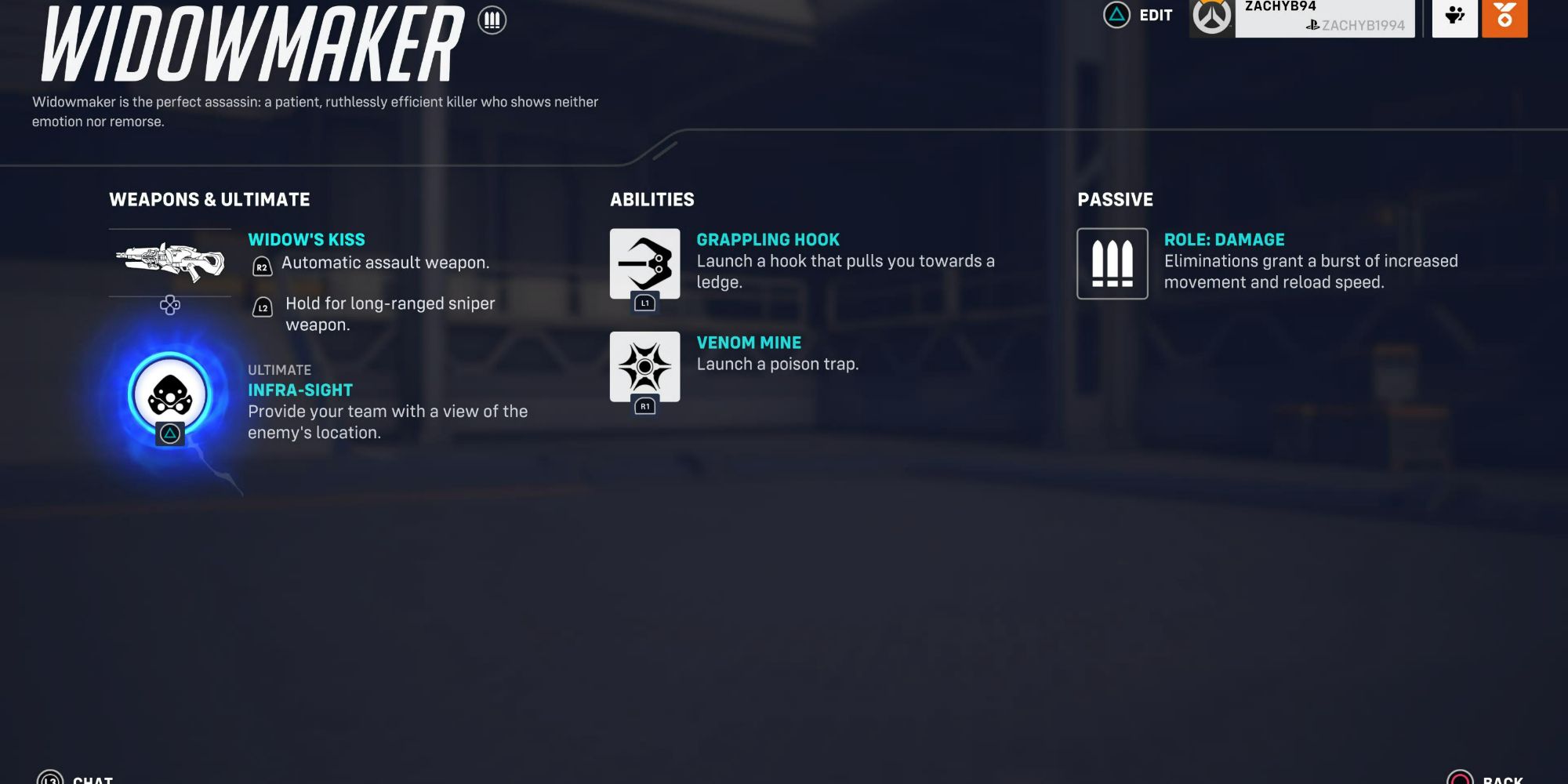 The weapon that Widowmaker uses is called the Widow's Kiss and has two modes you can use for this weapon. If you want to lay down fire at close to medium range then it can be fired as an assault rifle. If you are looking to pick enemies off from range and stay out of the close-range battles then it can also be turned into a Long-ranged sniper for you to use.

If you want to use the assault rifle then it is just the usual button you use to fire a weapon, and if you are looking to use the sniper rifle, then it would be the aim down sight button. Widowmaker also has two abilities to use the Grappling Hook, and Venom Mine, she also has an ultimate ability Infra-Sight.

The Grappling Hook ability launches out a hook that will pull you up to ledges. This ability is very good for using to get into high places or to pull yourself forward on walls to travel around the map faster. This can also be used to help get you out of situations where you may be under fire, and you need to get away quickly, especially against enemies that may not be able to traverse well vertically.

This is a poison trap that you can fire out to help defend against enemies. With this ability, you can protect objectives, and yourself from enemies that may be trying to sneak around the team or get to you while sniping. When you launch the mine you can see where it is on your screen even when it is behind walls.

After the mine is triggered, it will release a cloud of gas that damages any enemies within the gas and you will be notified it has been triggered, as well as lighting up the enemies that are damaged by it, so you can see them through walls.

One downside to the mine is that if it's seen from a long distance by the enemy, they can shoot and destroy it. Also, since you can only have one mine active at once, if you shoot another mine out this will remove the previous one.

The Ultimate ability Infra-Sight is a very useful Team ability. What this does is show every enemy location on the other team. It shows them through walls, and it shows their location not just for you but the whole team. This allows you to pop this ultimate as the enemy is approaching an objective or trying to push a certain location so you all can see where they are, and stop any sneak attacks to make sure you know where everyone is.

Although you cannot do damage with the actual ultimate like some heroes, you can help your whole team to locate the enemies and make sure you have the team advantage.

How To Play As Widowmaker 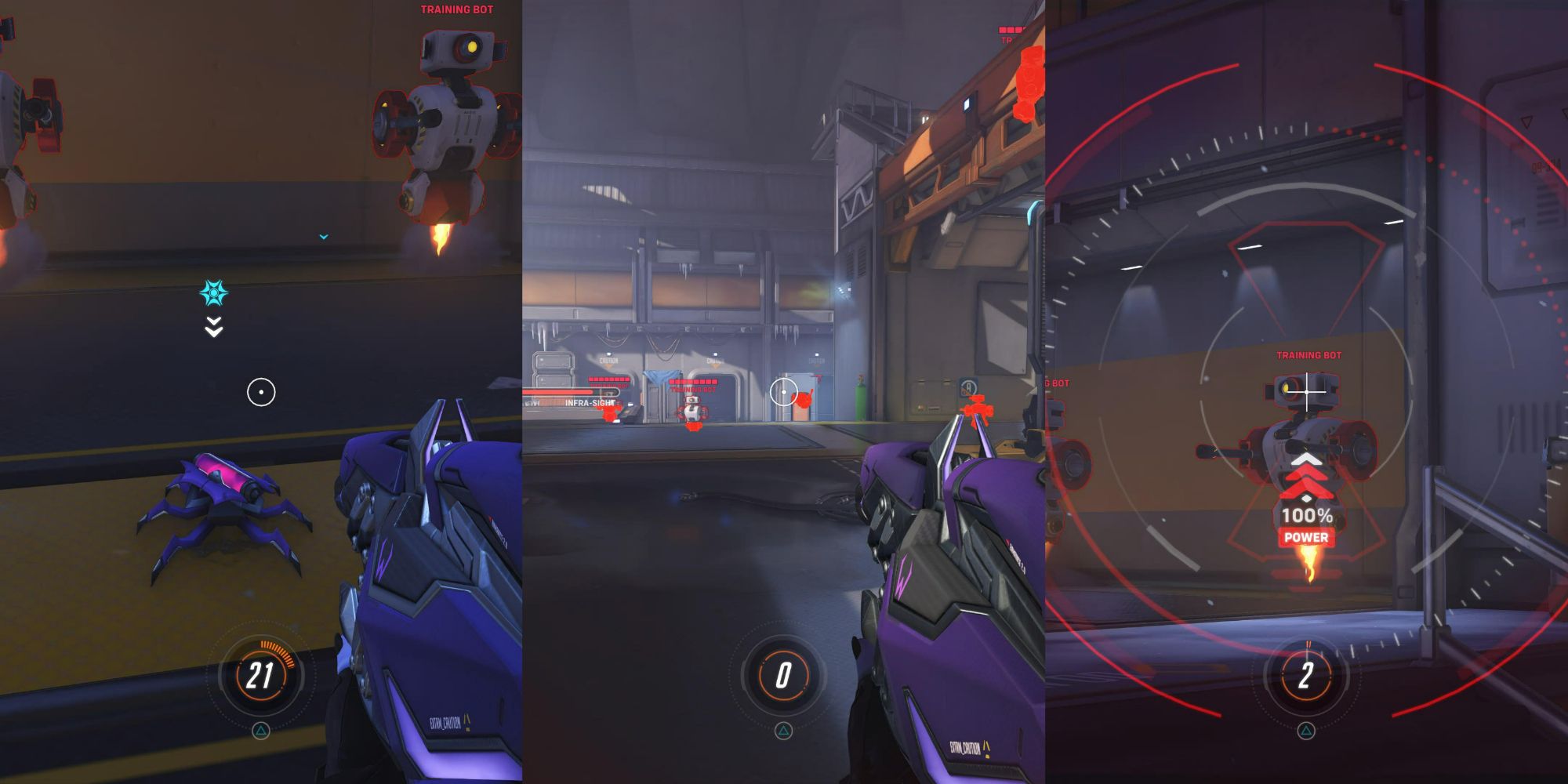 Playing as Widowmaker is all about laying down the damage. This is best done with the sniper rifle rather than the assault rifle, that is because the sniper does more damage. You can charge up the damage of the sniper rifle to help get one-shot kills for headshots, or just charge it up a fraction to fire quicker but do less damage.

Widowmaker is widely used more as a long-shot hero, so you are less likely to be right in there laying down fire. Her assault rifle is not that powerful and has a small magazine, so is best used to just defend yourself if someone gets to you while you're sniping.

With the use of the Grappling Hook, you can get to high ground to give you a good vantage point against the enemy, and pairing this with the Venom Mine will help you protect yourself from any enemies trying to sneak up on you while sniping.

You should also always try to snipe and move away fast, and staying mobile at all times will help you to survive because the enemy won't be sure where you are once you have moved your vantage point.

Make sure when you get the opportunity to use the Infra-Sight you do, as this will really help your team out when they are under pressure. The good thing about using this when playing as Widowmaker is that even if you are in spawn and miles away from the team you can pop the Ultimate, and it will show your team where the enemies are. This means even if you cannot do damage you can still help the team with the infrared to show up enemies.

When you are playing as Widowmaker you can use your Venom Mine to protect your team and objectives. As the mine does damage and shows enemies in infrared, you can set it up on objectives and stop enemies from pushing in. the Mine has a hook on it with the ability to stick to most surfaces, so with this in mind, you can stick it to walls to help keep it out of sight and stop it being destroyed.