After literal years of waiting, Overwatch 2 is finally here. Along with it comes some new features and game modes, but everyone knows the most important part of Overwatch is the skins. And there are quite a few brand-new skins launching with the game.

To an extent, these new skins were a necessity, since Overwatch 2 is introducing several new Heroes, and Blizzard wasn’t about to launch them with just a base skin. However, some Heroes from the original Overwatch are getting love as well. If you’re looking to upgrade your fashion for the release of Overwatch 2, here are ten skins you should consider picking up. 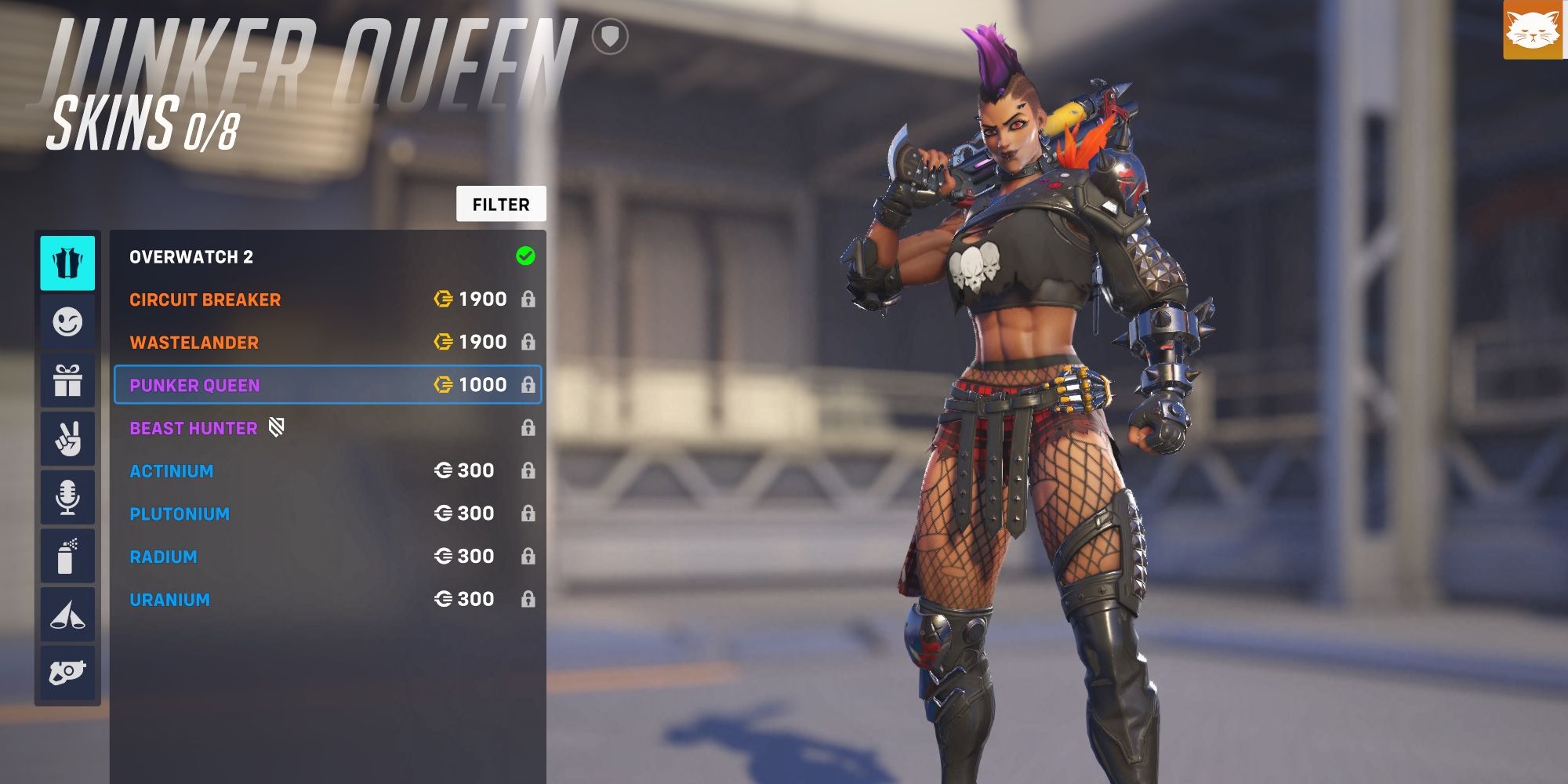 Most people can agree that Junker Queen has a phenomenal base design, but the skins she has at the launch of Overwatch 2 aren’t too impressive. Even her Legendary skins only make minor changes to her appearance.

Of these choices, though, the Epic skin Punker Queen is the best one. Junker Queen already gives off heavy punk vibes, and the Punker Queen skin leans into that theme even harder. With her purple mohawk, fishnets, and stylish plaid shorts, the Punker Queen is exactly as advertised: a badass punk ready to tear your opponents apart. 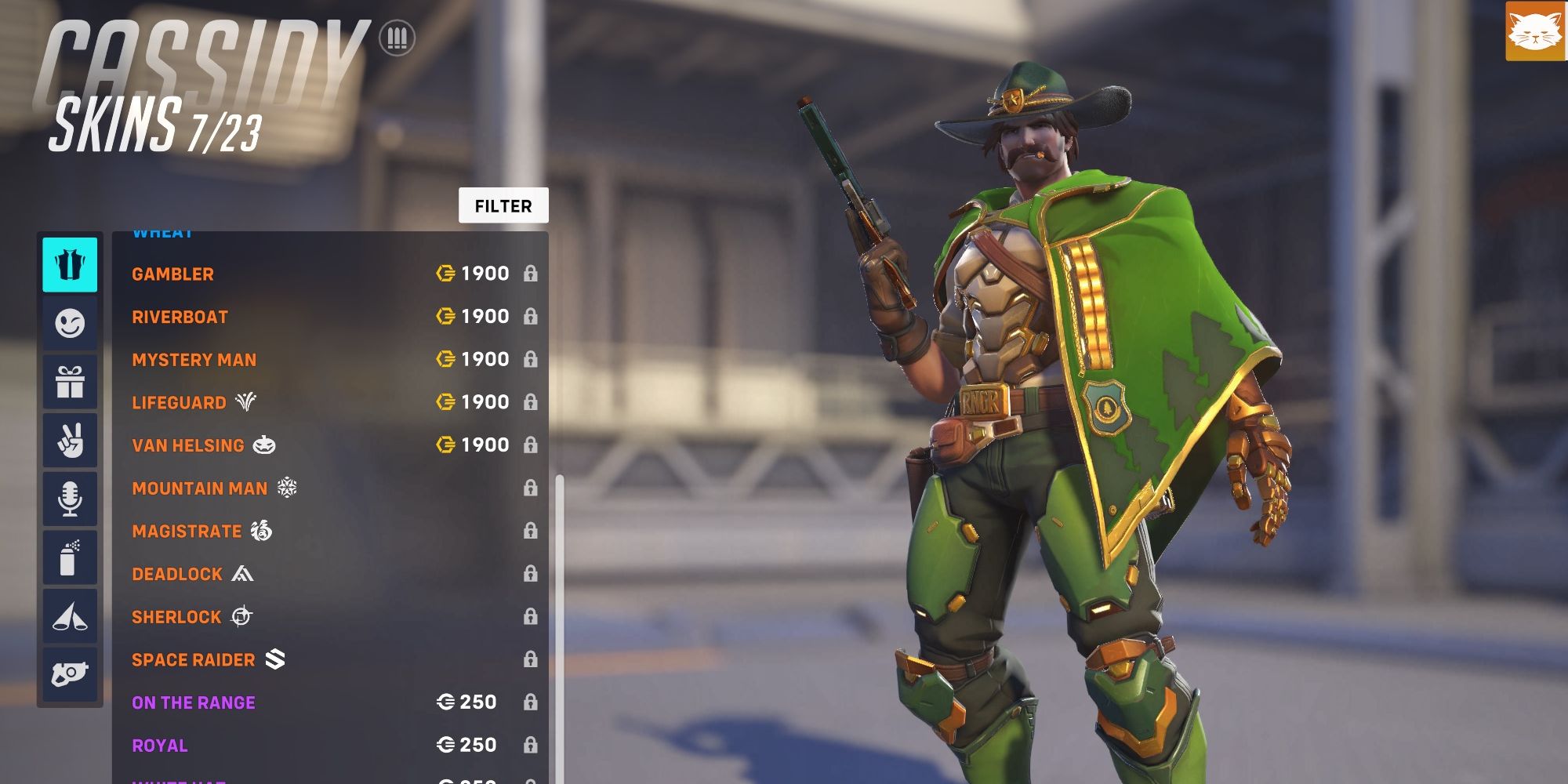 Another Epic skin, Forest Ranger Cassidy makes this list almost exclusively due to one feature: the little green trees on his cape. It’s not a massive change, but sometimes the best changes are small ones. The skin does come with some other additions as well, such as the word “RNGR” on Cassidy’s belt, but the trees are definitely the main reason to get this skin.

If becoming a gun-toting forest ranger sounds like fun, equip this skin and get into the mindset by imagining everyone on the enemy team is an arsonist. And remember: only YOU can prevent forest fires. 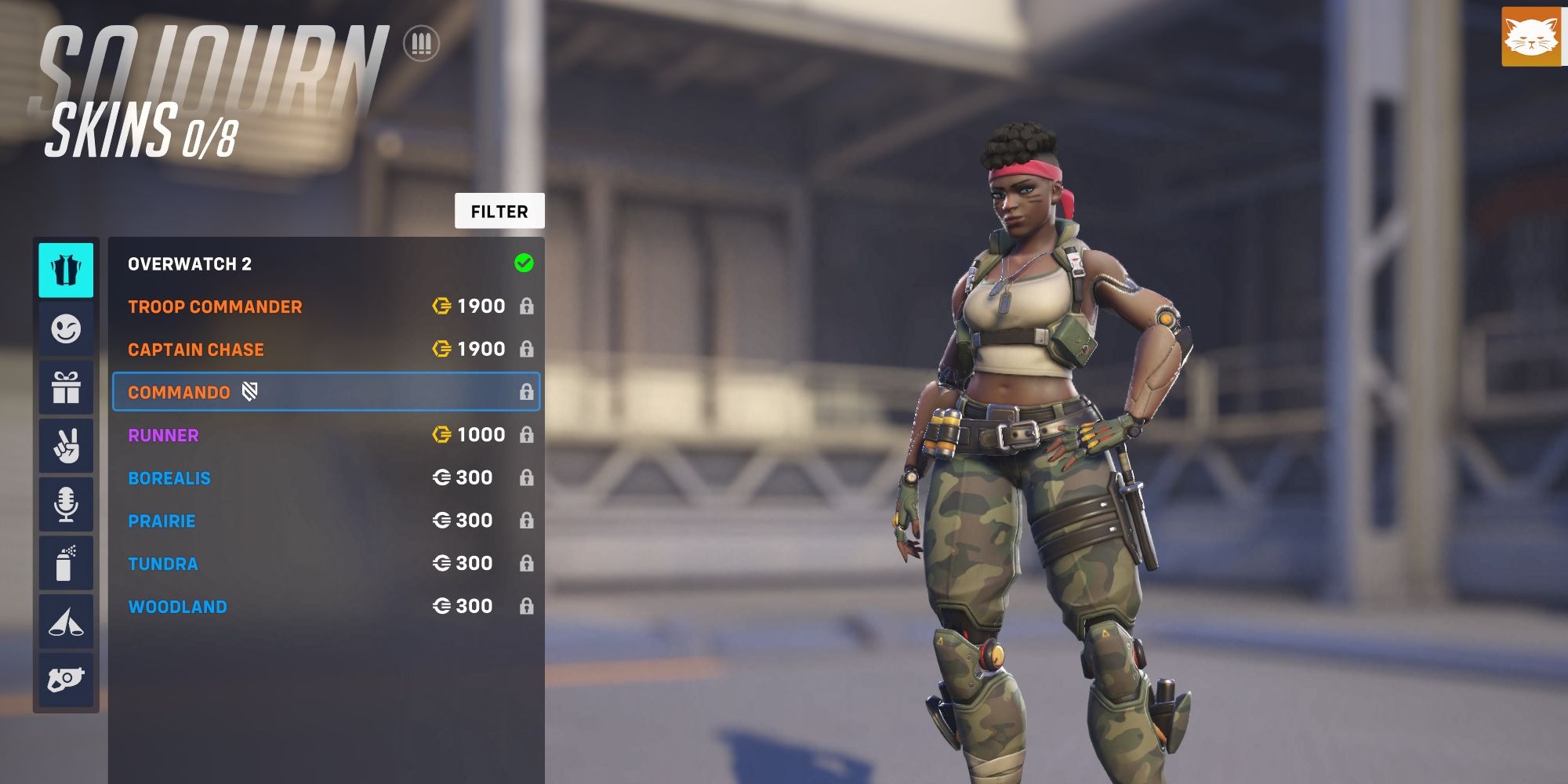 If you’ve seen the movie Rambo, or even seen any pictures of film’s main character, it should be plain where the designers of Commando Sojourn took their inspiration from. This version of the character is practically wearing a Rambo cosplay, complete with the iconic red headband.

As a former member of both the Canadian Special Forces and Overwatch, Sojourn already embodies a military specialist, but this Commando theme takes that to the next level. If that’s the vibe you’re going for, Commando Sojourn fits it perfectly. 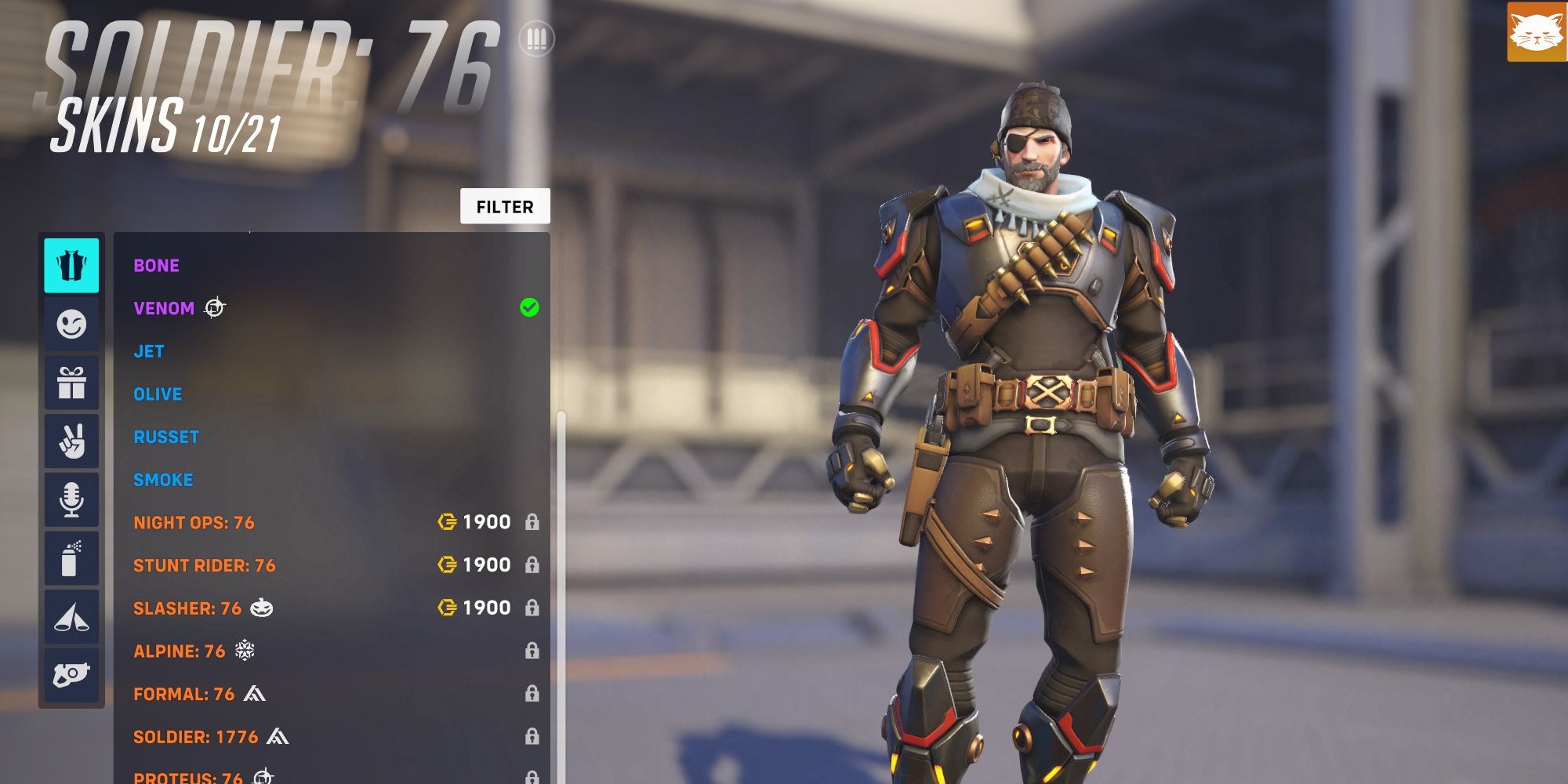 The Space Raider skins are a take on the space pirate trope (think Treasure Planet or Space Pirate Captain Harlock). Soldier: 76’s version is fully decked out in classic pirate apparel, complete with a bandana, an eye patch, a big “X” on his belt and a cape with crossed swords on his back.

It’s a faithful execution of the concept, if a bit on the nose. It also makes for an interesting departure from Soldier: 76's usual “ex-military dad” vibe, which can get a little dull after a few hundred hours. 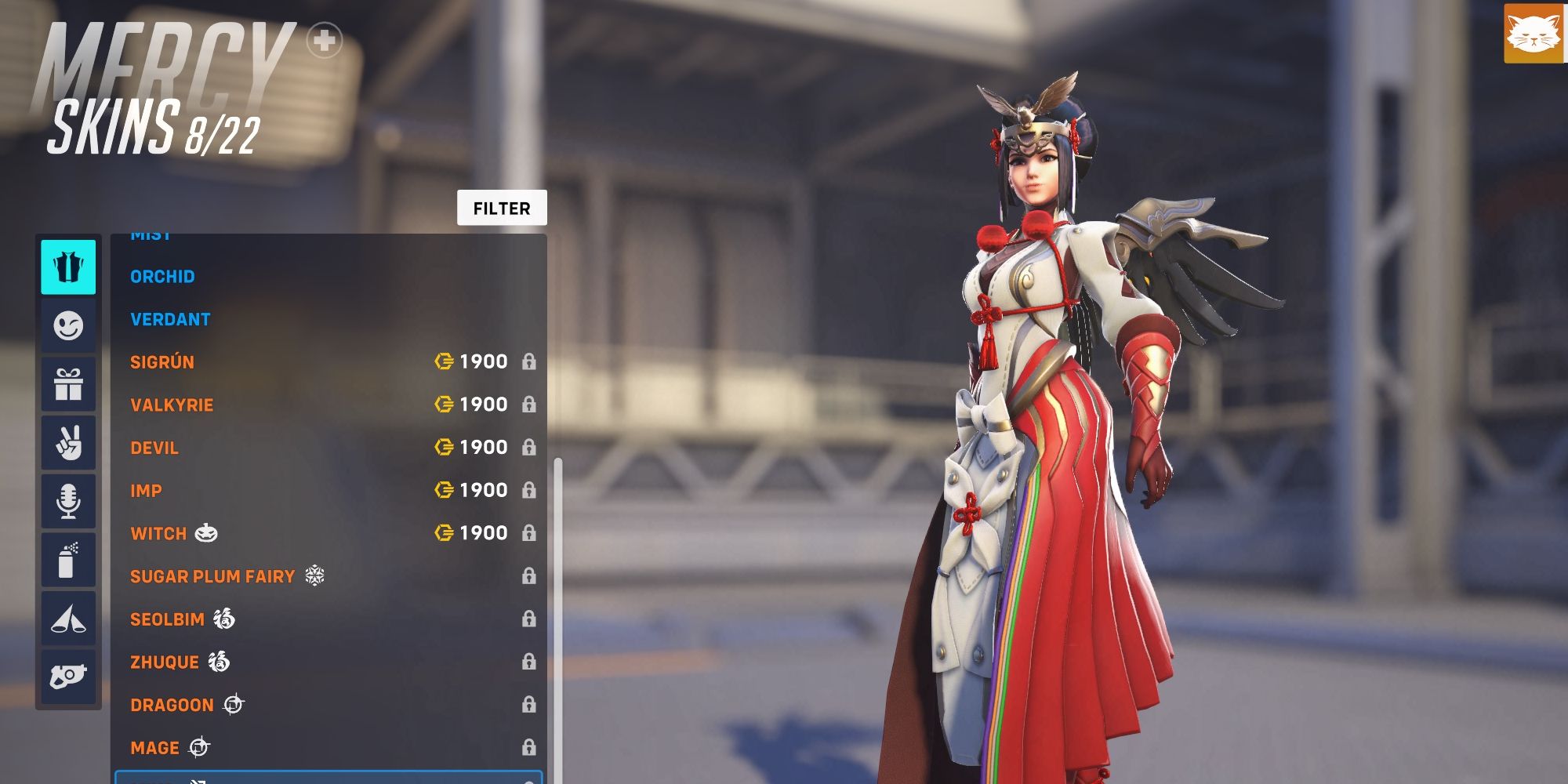 For those unaware, “Miko” is the Japanese word referring to the shrine maidens, young priestesses who help tend to Shinto shrines. Its red and white coloring certainly evokes the traditional attire of the shrine maidens.

Outside of any cultural significance, Miko Mercy is an extremely elegant skin, adding another great option to the already massive library of excellent options for the Hero. The only problem is choosing between them all. 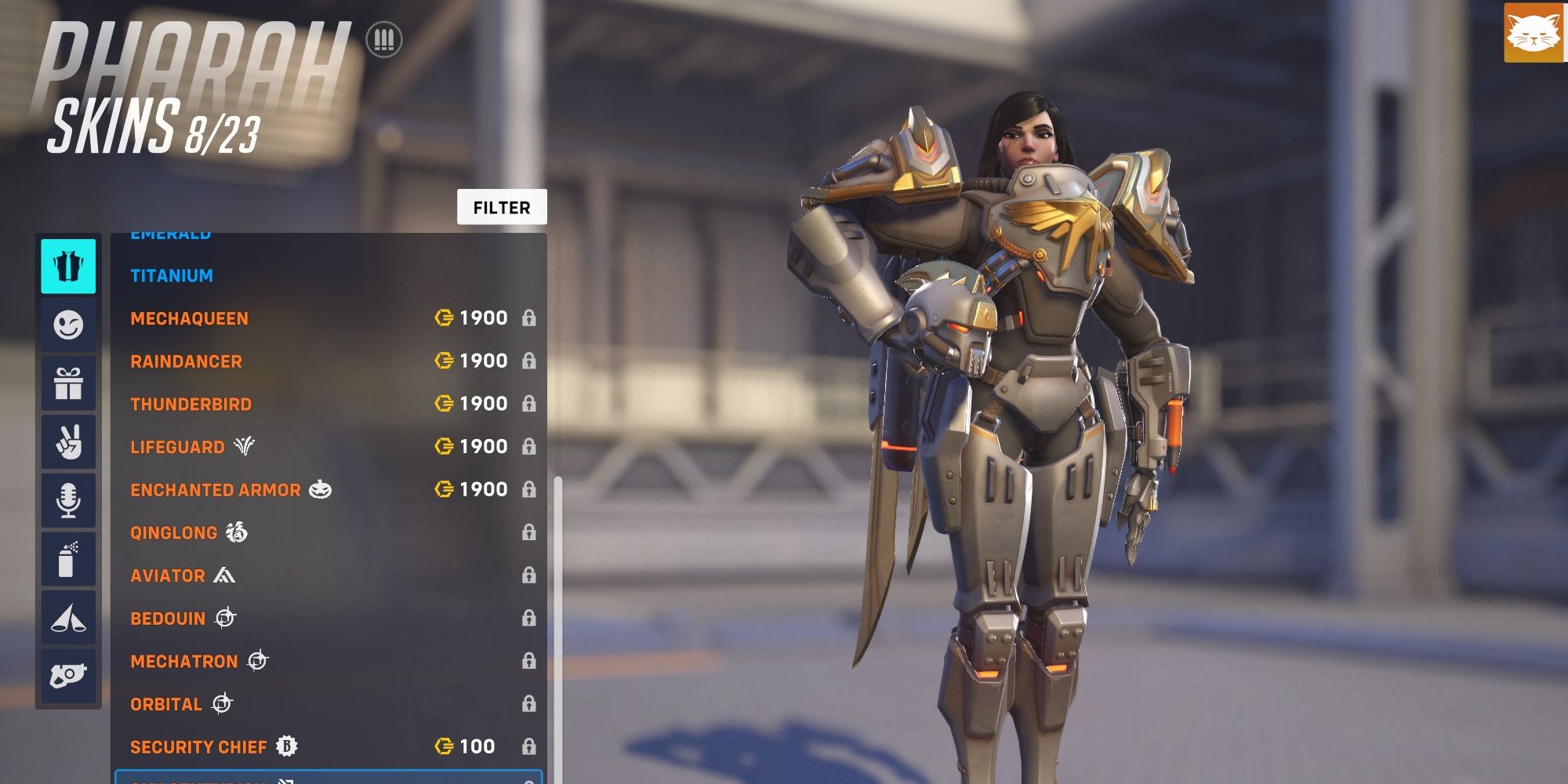 This comparison might not resonate with everyone, but Sky Centurion Pharah feels very Warhammer 40k. Pharah's armor really does give off that hyper-militaristic, I’m-not-evil-I-promise vibe, with its skull-evoking helmet and vaguely eagle-shaped symbology.

If you want a version of Pharah that departs from her usual, heroic self, but isn’t full-on evil like the Possessed or Enchanted Armor skins, the Sky Centurion skin could be exactly what you are looking for. Now get out there and rain down rockets, soldier! 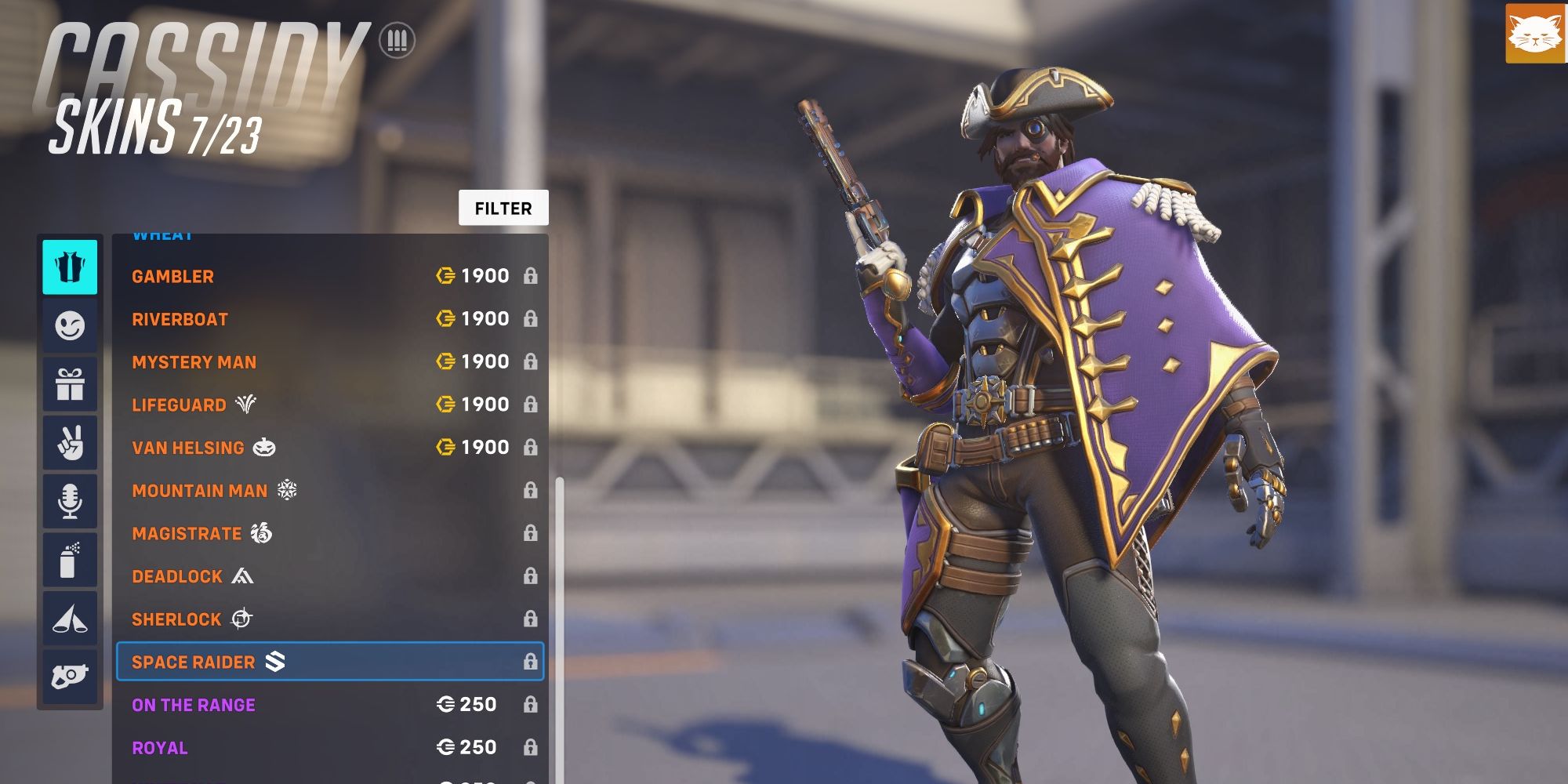 As you can guess from the name, this skin has the same space pirate theme as Space Raider Soldier: 76. Which of the two skins you prefer comes down to personal taste, but, as you might expect given each character’s personality, Cassidy’s version is much flashier. 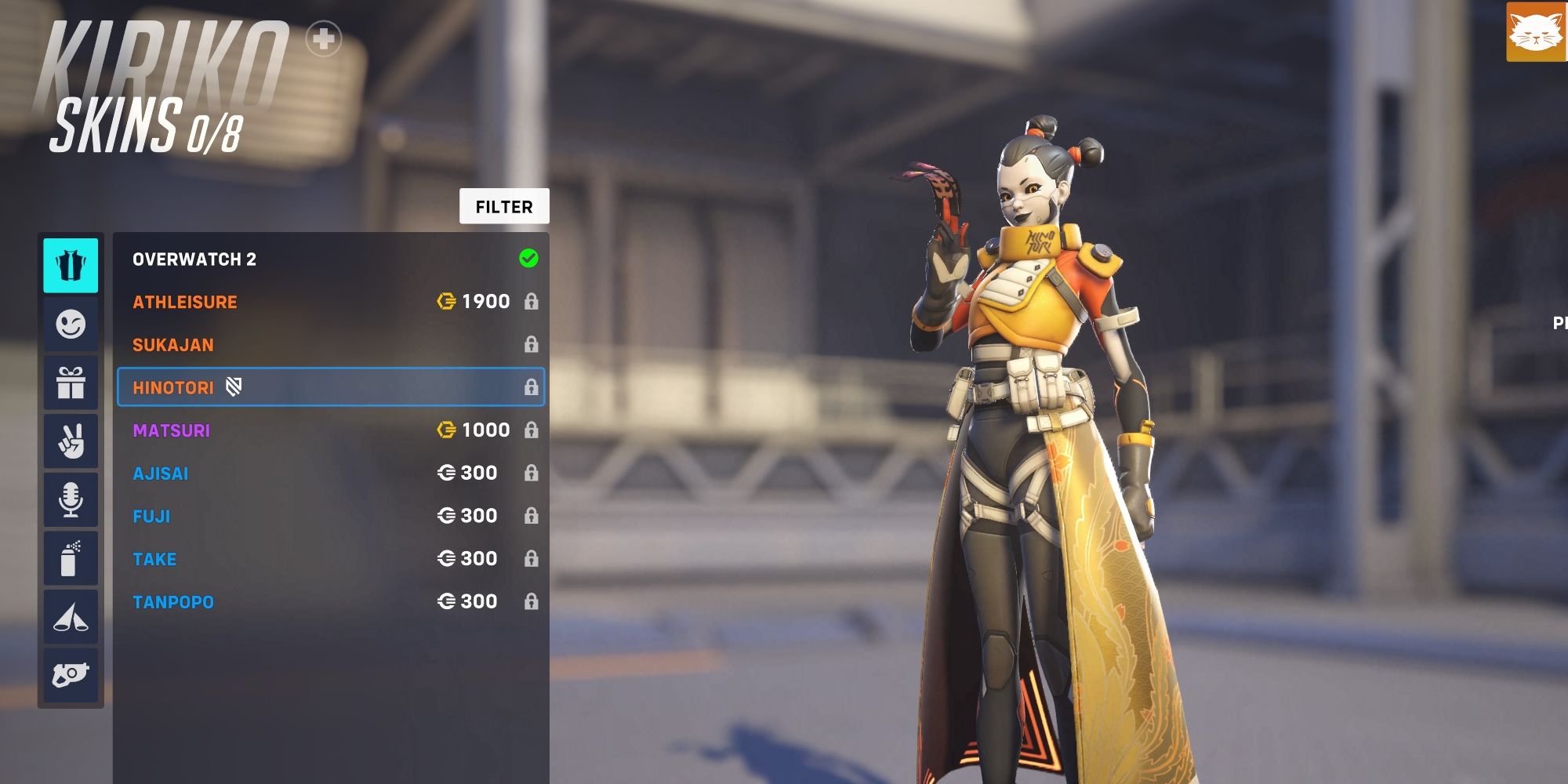 This list wouldn’t be complete without a skin for Overwatch’s newest Hero, Kiriko, and the Hinotori skin is easily her best one. According to Google Translate, Hinotori is Japanese for Phoenix. The resemblance between the legendary firebird and this skin isn’t super clear, other than the colors and some feather patterns, but it’s still a striking skin.

Kiriko as a character is all about balancing the old and the new, but this skin has her commit to the future, going fully cybernetic. Combine that with a new outfit and a great color scheme, and you get a definite winner of a skin. 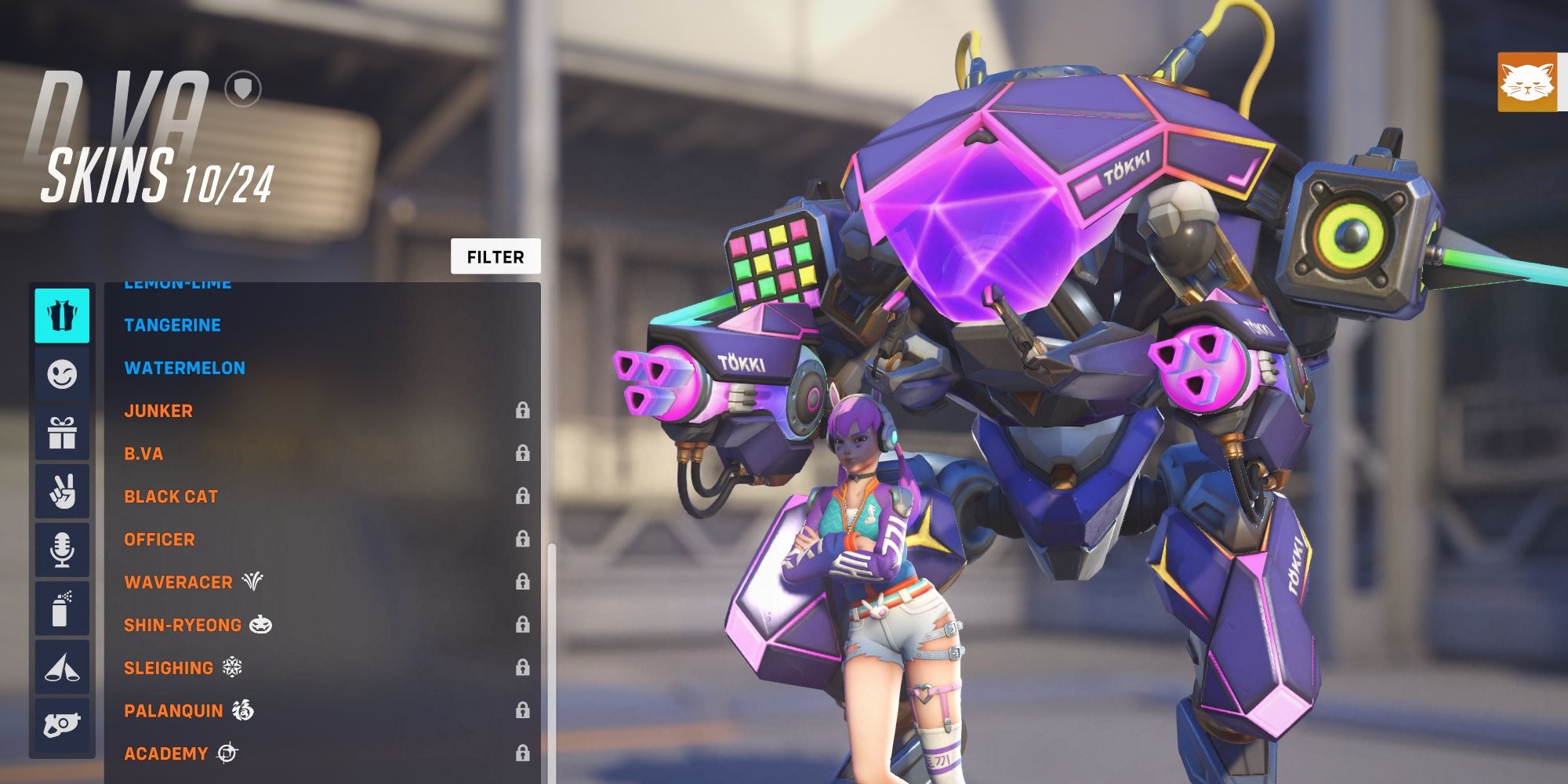 With the launch of Overwatch 2, one of the series' most popular Heroes, D.Va, gets a brand-new look. She’s got pink pigtails, headphones with animal ears, and a colorful outfit. And her mech has what appears to be a sampler (her gun has one as well) and a giant speaker, along with so much RGB lighting that it looks like a tricked-out gaming PC.

But the best part is the EDM music that plays when you activate certain abilities, including D.Va’s Ultimate. You can have a little dance party while sending your opponents back to their Spawn Room. 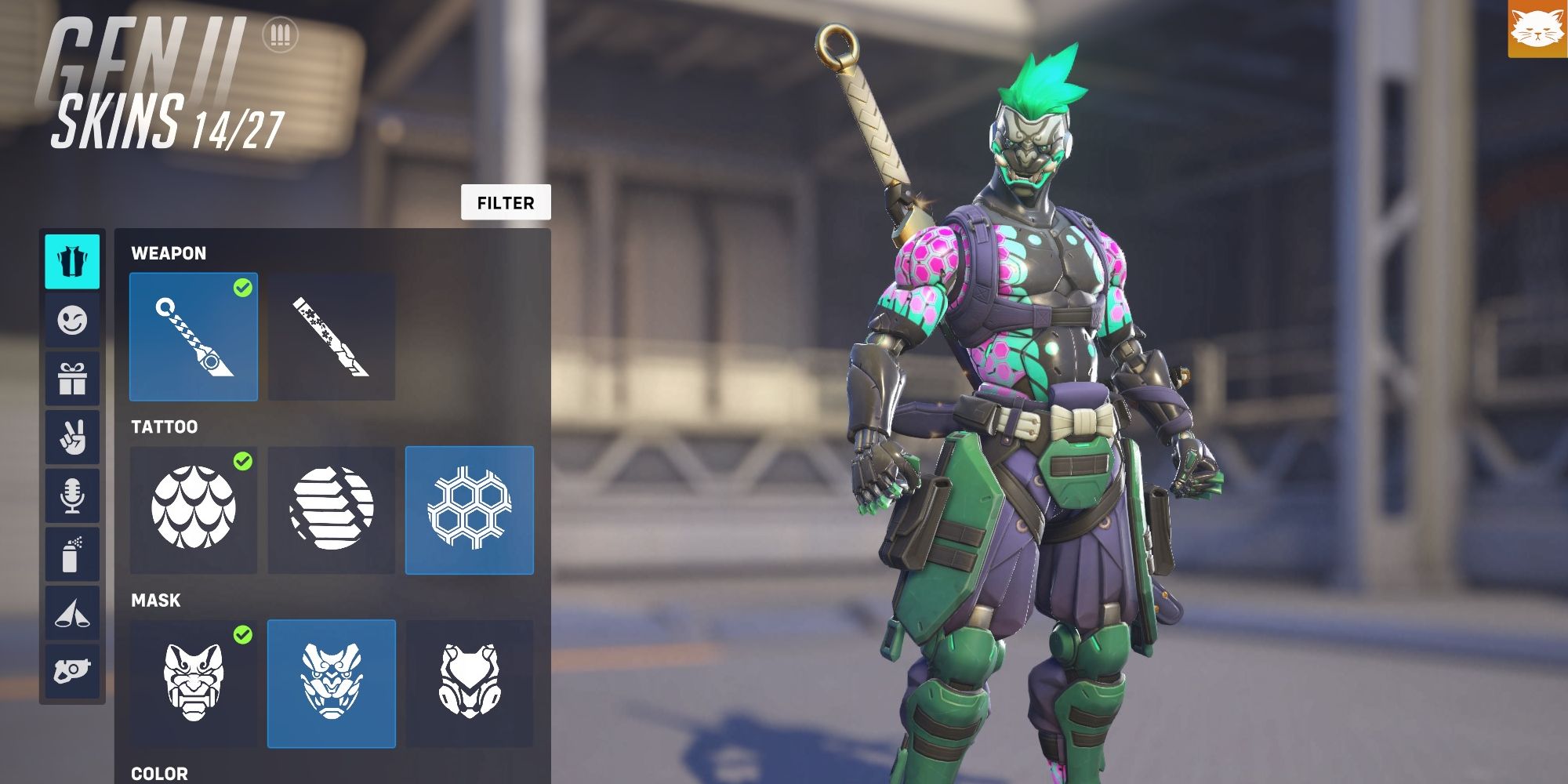 Launching along with Overwatch 2 is the series' first Mythic skin. What makes these skins special is that they are fully customizable. Cyber Demon Genji allows you to change Genji’s weapon, tattoos, mask, and overall color scheme.

Of course, all the new features wouldn’t help if the skin wasn’t any good. Fortunately, that isn’t the case. Cyber Demon Genji is essentially an upgraded version of his Oni skin from the original Overwatch, adding more flair and significantly more neon. And as everyone knows, adding neon to something automatically makes it better.