Onslaught is a fitting name for this Outriders quest. After uncovering the fate of Seth, you are tasked with taking his place in the upcoming Trench Town battle against the Insurgents. Expect to fight dozens of Insurgent enemies at once.

Besides the spectacle of fighting alongside allies, this fight also contains a rather tough boss in the form of Moloch, Seth’s rival. He gives a formidable fight that will annihilate you on higher World Tiers. Fortunately, there are a few ways to make the boss fight much easier. Let’s go over how you can capture the bunker for Trench Town and defeat this fire fanatic of a boss. 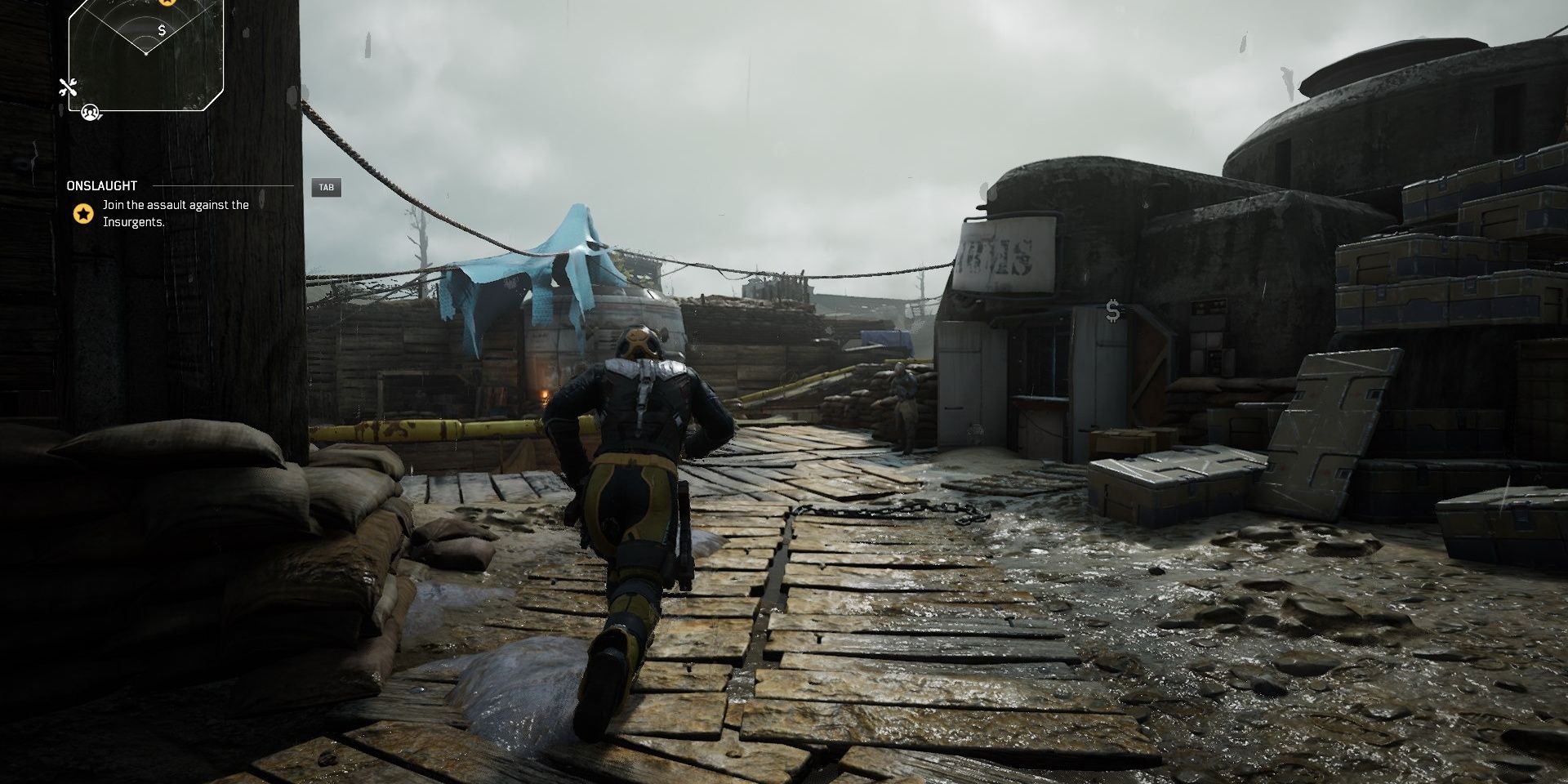 Head to the southwest part of Trench Town to join the assault. It’ll be a gate directly across from where you met Corrigan in the last quest.

Once you’re in the trenches, take a moment to restock your ammo and double-check your gear. Make sure you have your passives allocated as well, as you’ll be facing a boss at the end of this mission. When you’re ready, head to the end of the trench to start the assault. 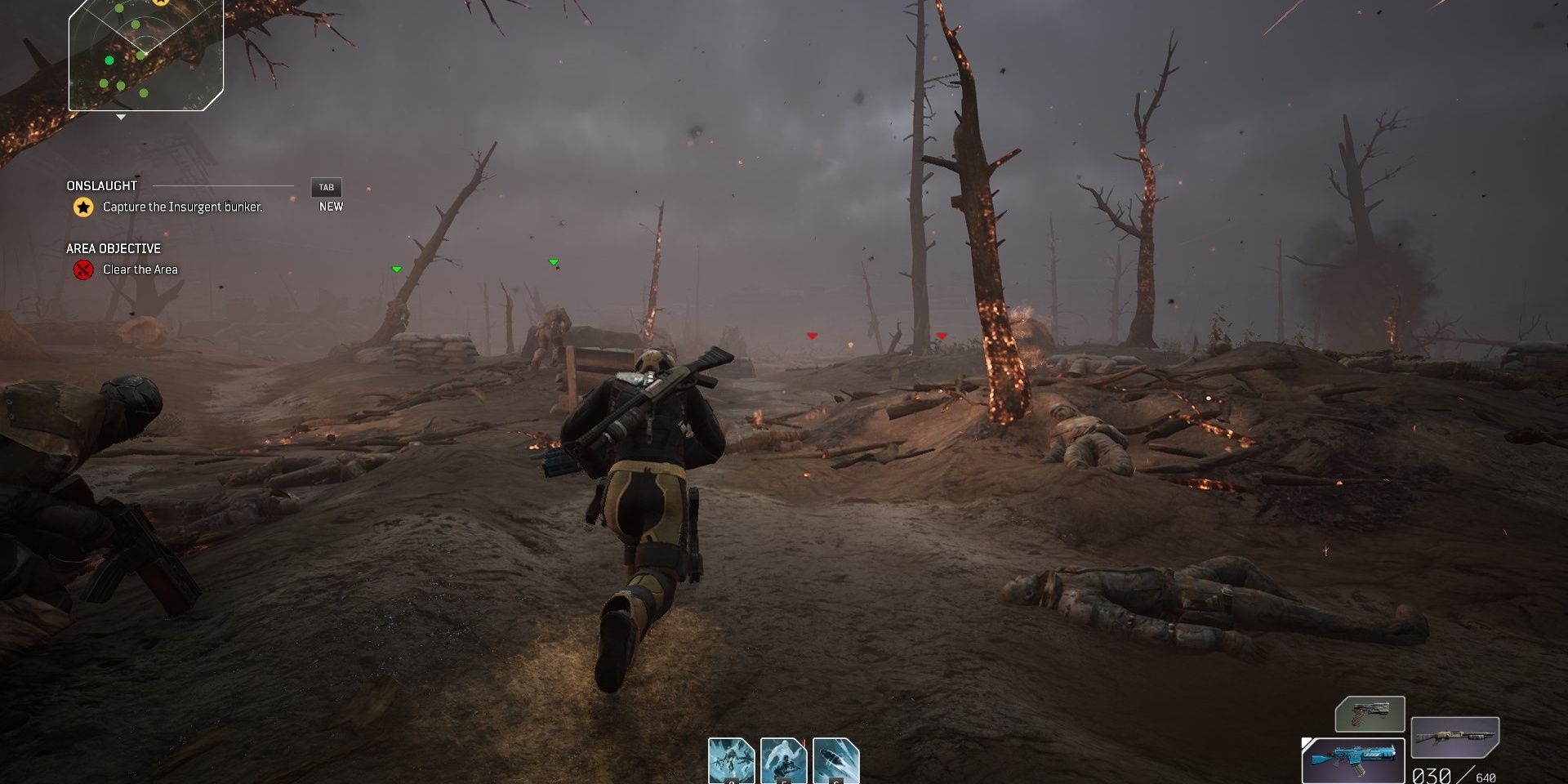 The bunker is directly ahead. There are no fancy mechanics or enemies here. Push through the onslaught of enemies to reach the other side of the bunker.

You’ll be facing against Riflemen and Breachers for most of this part, particularly at the start of the assault. AoE abilities are extremely powerful here, as these enemies tend to bunch up. 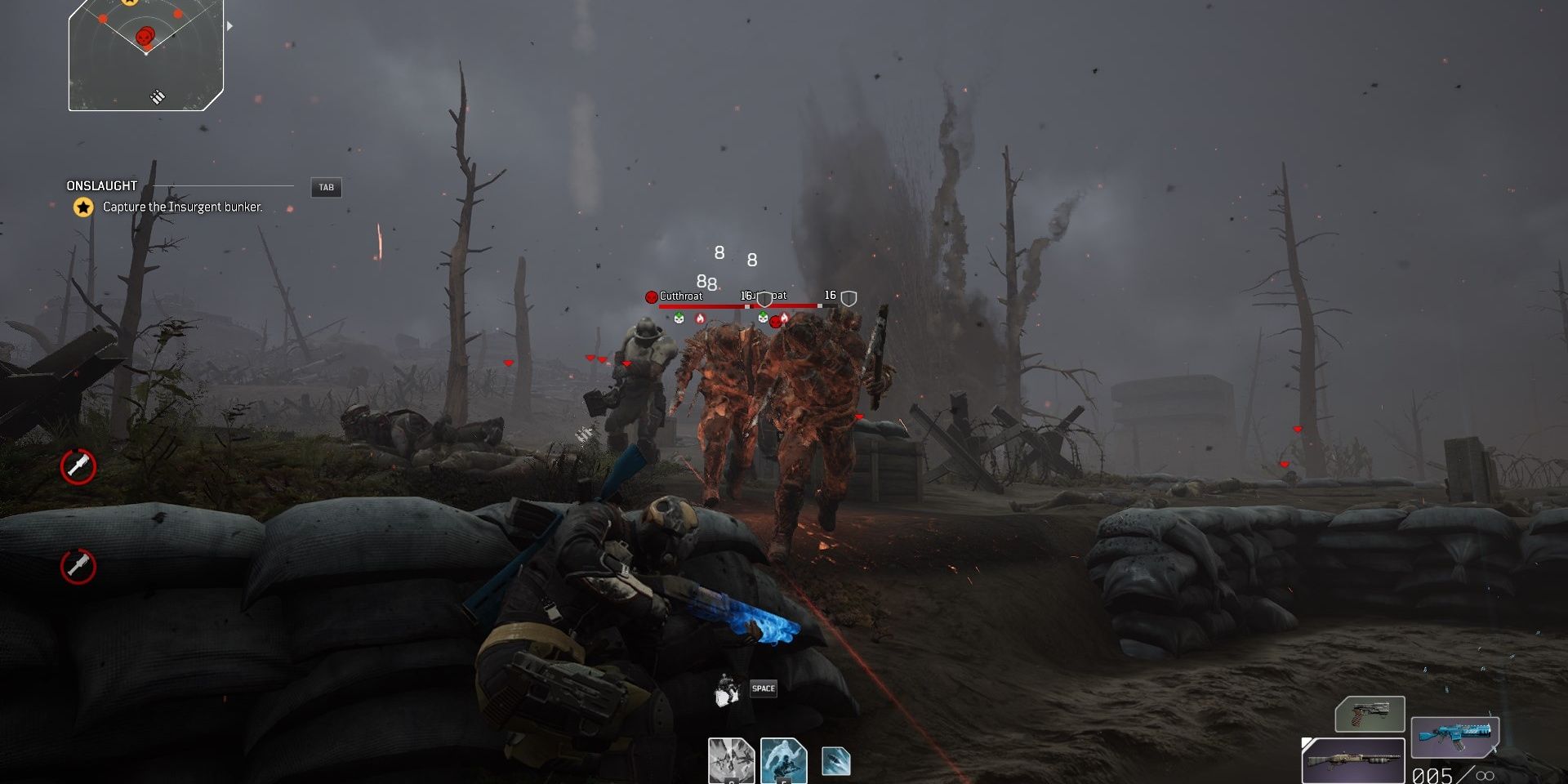 Further up the trenches will be Cutthroats, half a dozen Breachers, and two Ironclads leading the charge. The Cutthroats are the deadliest here since they can stun you. Take them out with an ability, then eliminate the Ironclads. For the Breachers, an AoE ability or any high-damage weapon will work. 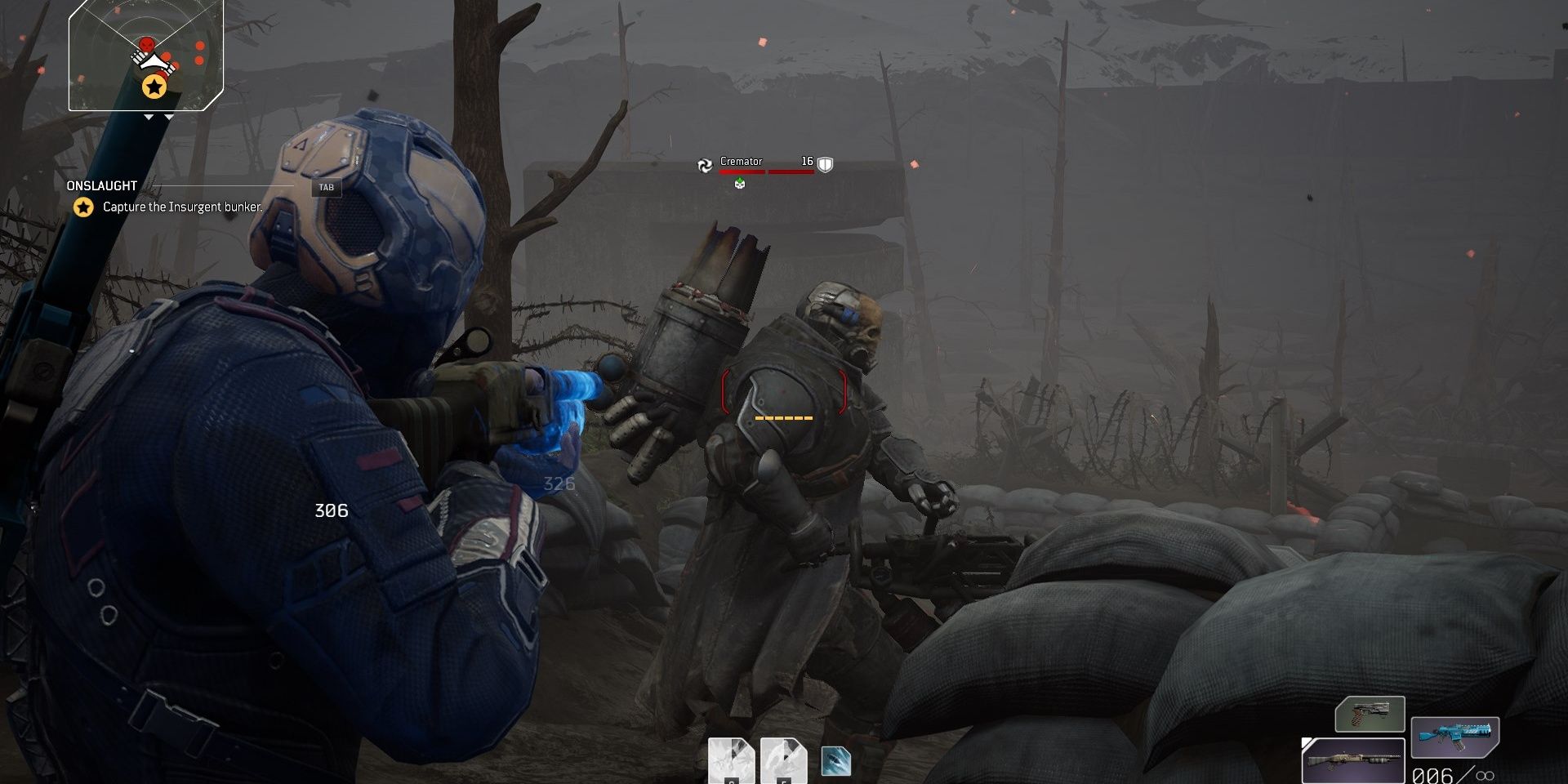 Towards the top of the hill are two Elite enemies. A Cremator will be laying down mortar fire as an Ironclad rushes you from the right side of the trench. Eliminate the Ironclad first, then redirect your attention to the Cremator. A few shots directed towards his canister will cause him to explode, instantly killing him. Kill the rest of the Insurgents, restock on ammo with a nearby ammo crate, then enter the bunker when you’re ready. 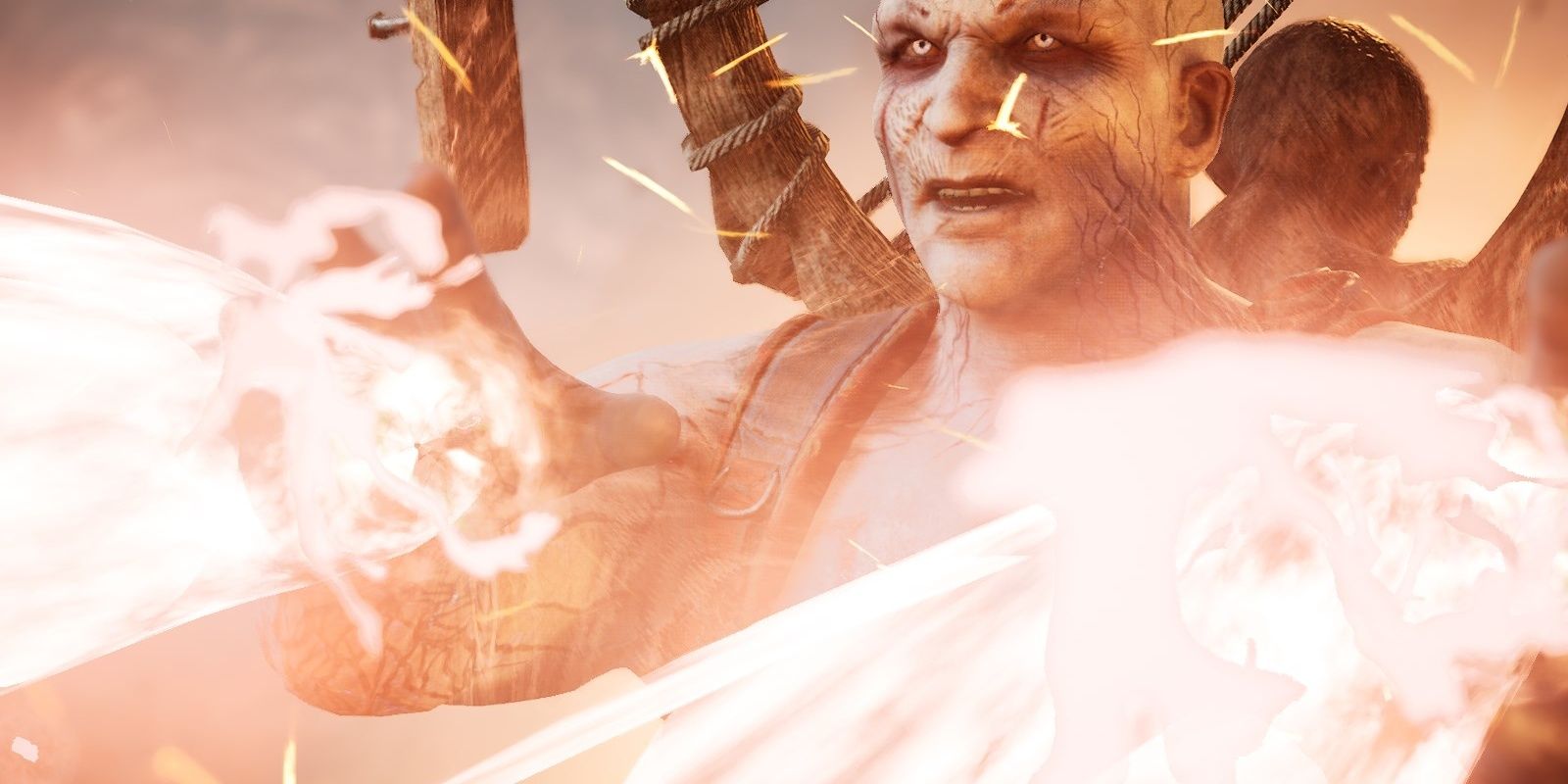 Seth’s rival finally made it to the battle, scorching most of your forces into ashes. Moloch is a pyromancer at heart, utilizing fire AoE attacks and flame dash teleports to pressure you. This fight demands that you master rolling. Thankfully, this boss fight only has one phase. Here’s what you’re up against:

There are no fodder enemies in this fight! It’s just you versus Moloch, similar to the Gauss encounter near the start of the game. You’ll have to rely on rolling to survive here.

Fortunately, Moloch telegraphs every attack he does. He only uses abilities, meaning you can potentially stunlock him into a harmless state. Since he’s an Elite enemy, this will only work for so long. If you deal a high amount of damage and can stun enemies, then use your abilities to stun Moloch before damaging him. 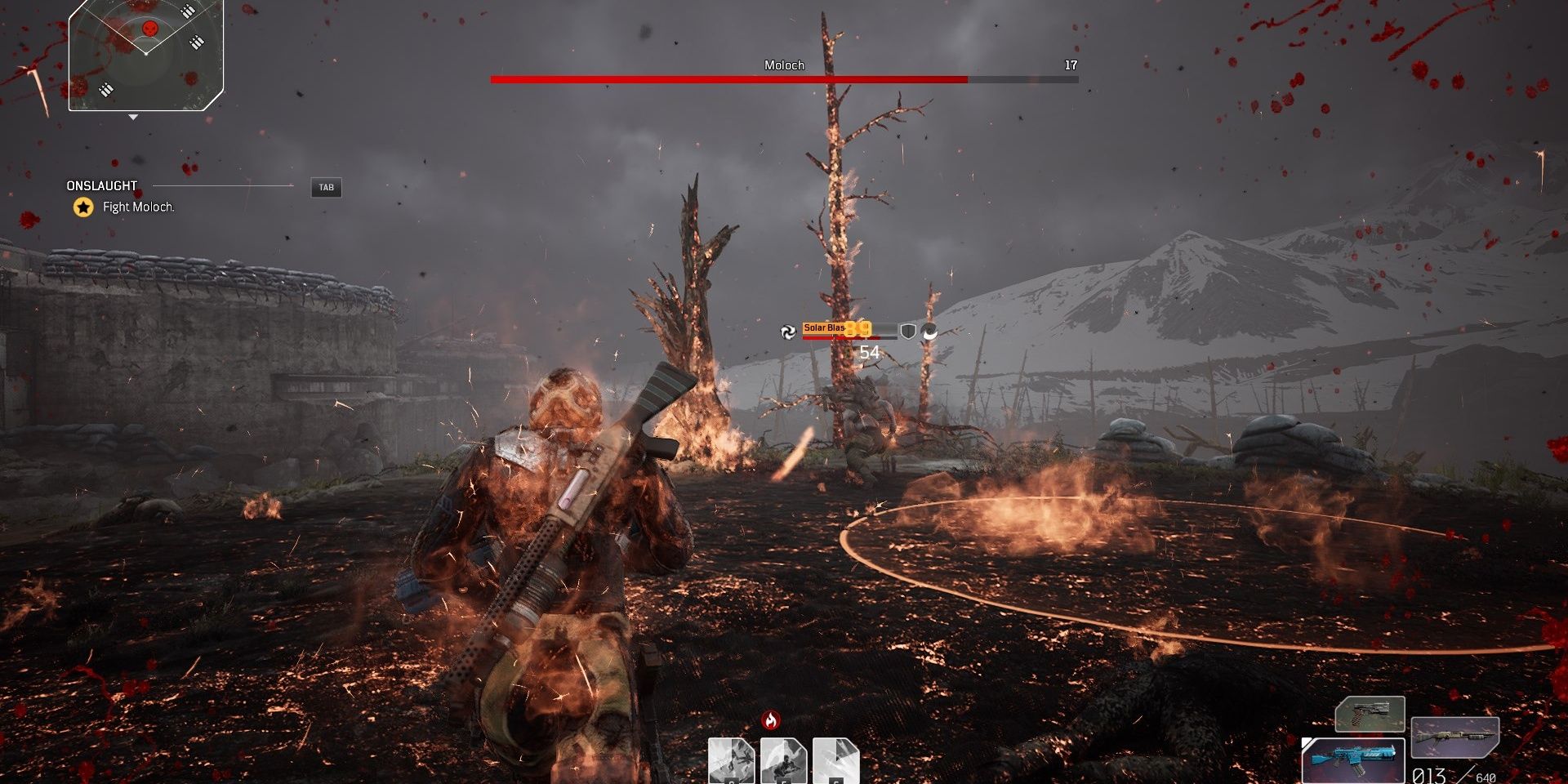 Most players will have to rely on rolling to stay alive. Rolling will remove any fire degens Moloch applies to you, and it’s required to get out of Moloch’s AoE casts. There’s a certain timing to each attack that you’ll need to practice. The timing for dodging each attack looks something like this:

Remember, you can melee Moloch to interrupt his casting animation. You can only do this so many times before he becomes temporarily immune, so only use this when he’s casting a deadly skill like Solar Blast. 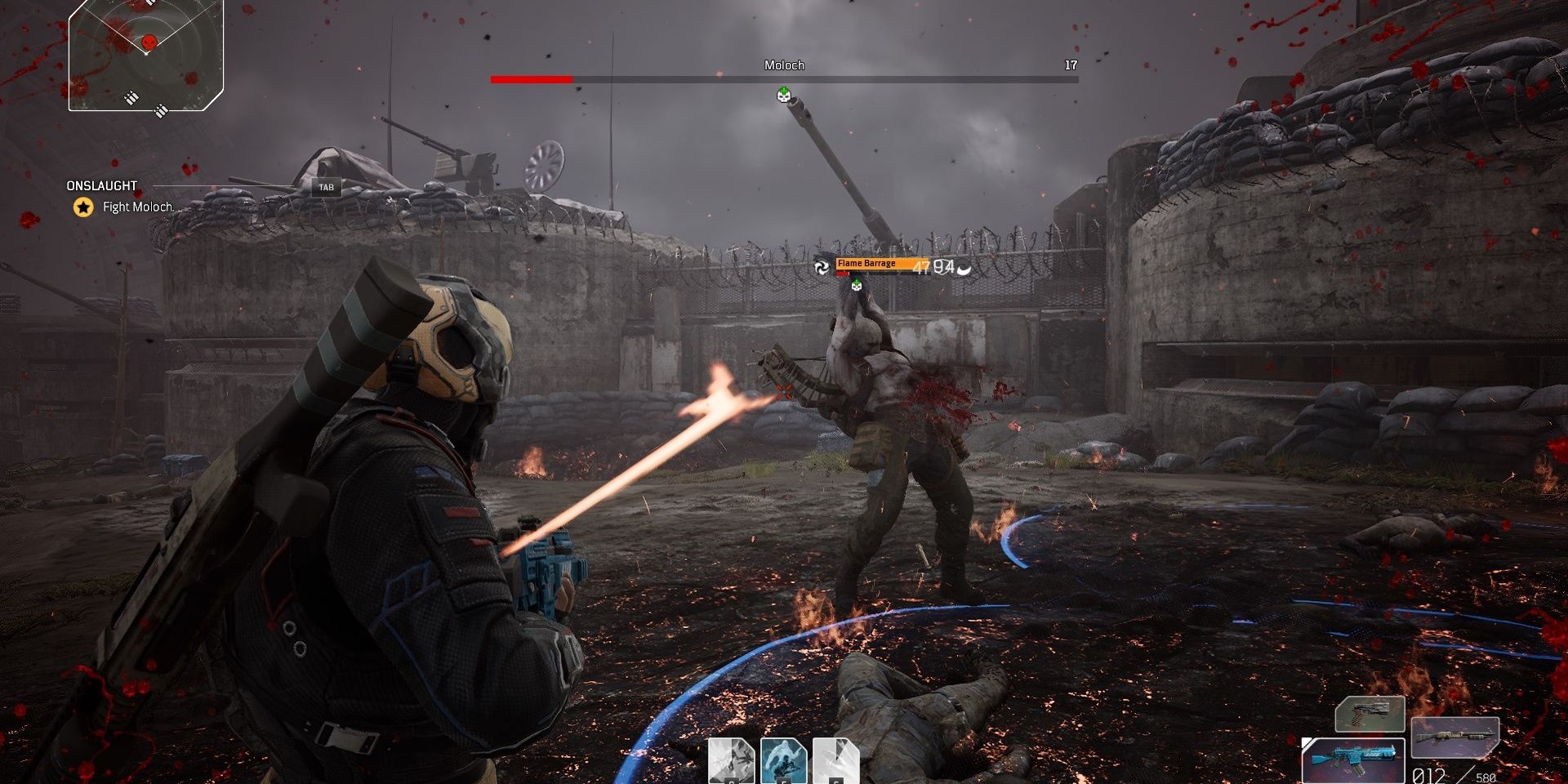 Moloch can’t do much if you stay at mid-range. His attacks encourage you to create some space, but creating too much will cause him to teleport. Assault rifles and snipers are great for this fight. Shotguns can also work if you use hit-and-run tactics. So long as you’ve mastered rolling, Moloch can’t harm you during this fight. 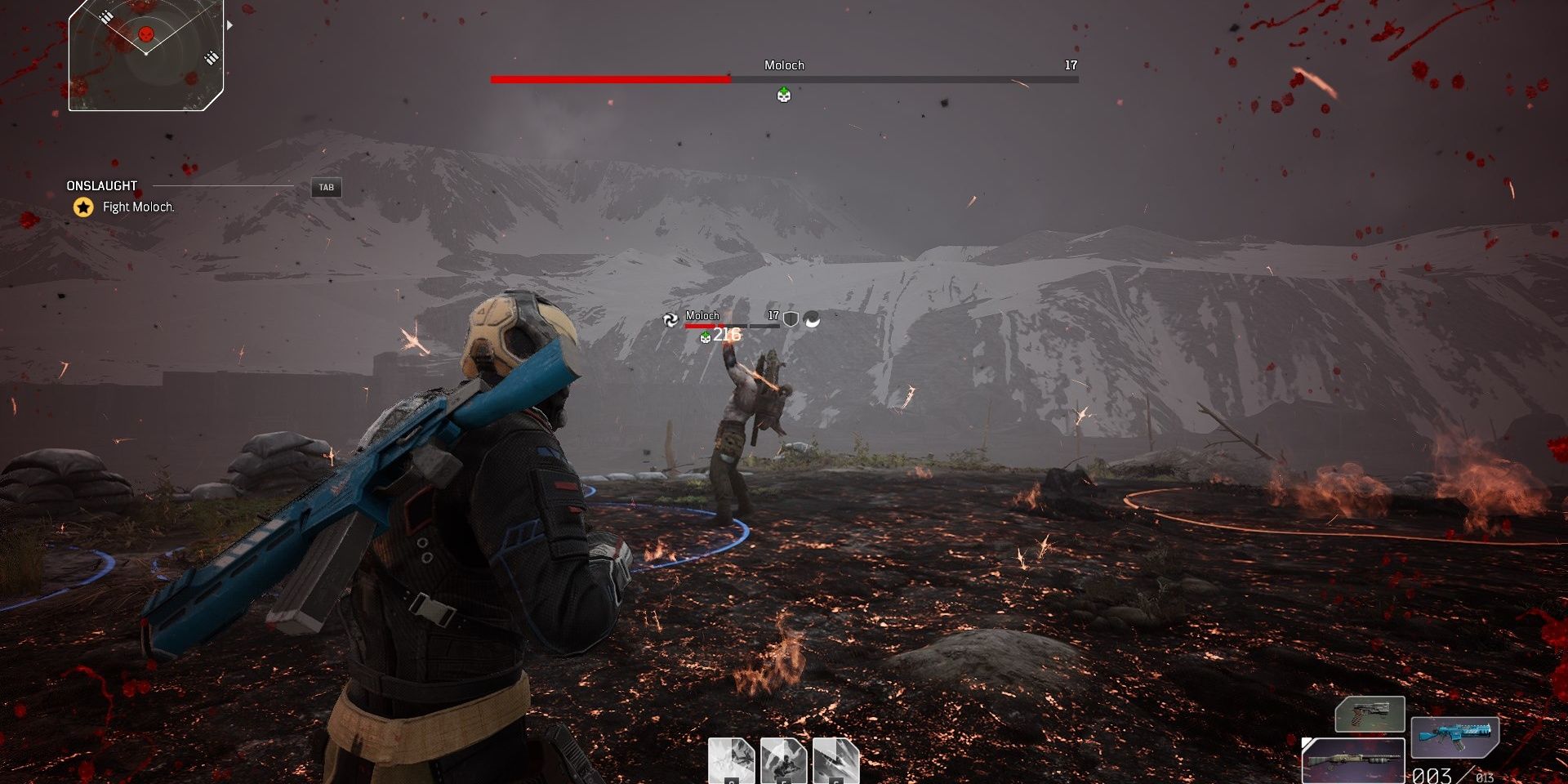 Whenever Moloch finishes an ability cast, he will recover for around a second before using another skill. Use this opportunity to land a few headshots. If you get close to him while he’s casting an ability, he will sometimes change his ability to Flame Shock or Fire Dash. Meleeing right as this happens can stun him for a moment, albeit this technique is extremely risky.

Should you run low on ammo, there are ammo crates near the edges of the arena you can use to stock up on ammo. Be sure to restock on ammo if you get low, or you’ll have a hard time defeating Moloch. Master rolling and headshots, and you should have no issue taking Moloch down.