You are here:
Home / Ooblets Has Gone Gold

Ooblets, the long-in-development indie title that blends monster collecting, farming, and dancing, has gone Gold. That means the game has completed certifications for release, signaling that its impending 1.0 launch is fast approaching.

Developer Glumberland shared the news on Twitter, stating that they’ll announce the release date of the game’s full launch in the near future. Pre-orders for the recently announced Switch version will begin soon as well.

We just found out that Ooblets has gone 🌟GOLD🌟!!

That means we passed our main certifications so we’ll be able to announce our 1.0 release date and open preorders on Switch soon ⏱️

We’re so excited for everyone to get to play! pic.twitter.com/LHdJtgKTHV

Ooblets was first announced in 2016 and has been playable in PC early access and Xbox Game Preview since 2020. The farming sim game tasks players with planting and growing lovable creatures called Ooblets, who can then perform tasks and battle other Ooblets in dance battles. You can decorate and expand your farm, plus complete side quests from the many residents of Badge Town. Ooblets has received numerous content updates over the years, such as new creatures, locations, decor, and even seasons. Glumberland announced in May that the game would go 1.0 this summer, so today’s news seems to reaffirm that release window.

We’ve enjoyed Ooblets whenever we’ve checked in on it over the years, so it’s exciting to see it approaching the finish line. Ooblets is slated to launch for Xbox One, Switch, and PC via The Epic Games Store. 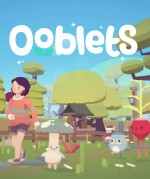