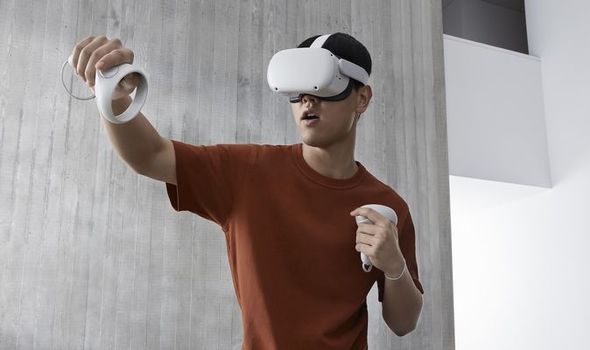 The Oculus Quest 2 has proven one of the more popular VR headsets on the market, and while it comes with plenty of its own content, it can also connect to PCs, providing additional compatibility options.

So it’s important to keep tabs on what other platforms could be preparing for virtual reality support, with Xbox Series X seemingly the next obvious choice. And it was interesting to see an Xbox error message provide some hope for those interested in further support.

First spotted by IGN Italy, an error message was seen which reads: “An update for the VR headset is available”.

This provided some hopes for gamers that Microsoft could be building towards Xbox VR support, perhaps by partnering with others.

And with Oculus Quest 2 already branching out to different platforms, it could be seen as a perfect team-up.

The only dampener is that Microsoft has moved to dispel rumours regarding Xbox VR support, telling The Verge that virtual reality is not a focus for the gaming brand right now.

This includes references to VR in the error message being a localisation issue, which means it shouldn’t be seen in the UK.

The statement shared with The Verge reads: “The copy in this error message is inaccurate due to a localization bug,” adding that: “VR for console is not a focus for us at this time.”

So for the moment, Microsoft is not preparing any virtual reality surprises for Xbox Series X owners.

But that doesn’t mean that they won’t in a few years, however much later, it might be after the PlayStation VR for PS5 is released.

We’re all starting to learn more about Sony’s next-gen VR plans, even if the new headset is not expected to arrive until 2022 at the earliest.

The latest news shared by Sony is regarding the new PSVR controllers and how they will work with the PS5.

The new controllers are completely different from the current versions available to buy and should make it easier to stay immersed, a key goal in virtual reality.

Each VR controller (Left and Right) includes an adaptive trigger button that adds palpable tension when pressed, similar to what’s found in the DualSense controller.

A message from Sony adds: “If you’ve played a PS5 game, you’ll be familiar with the tension in the L2 or R2 buttons when you press them, such as when you’re drawing your bow to fire an arrow. When you take that kind of mechanic and apply it to VR, the experience is amplified to the next level.

“SIE’s Product, Engineering, and Design teams have collaborated to build our new VR controller from the ground up with a goal of making a huge leap from current-gen VR gaming.

“We’re thrilled with the controller we developed, but what matters now is how game creators will take advantage of the features to design the next generation of VR experiences.

“Prototypes of our new VR controller will be in the hands of the development community soon, and we can’t wait to see what ideas they come up with and how the controller helps bring their imagination to life.”