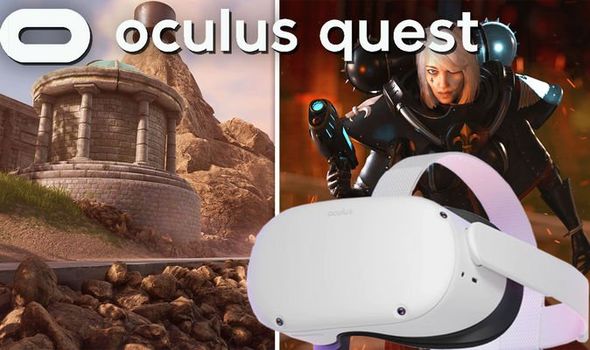 With all eyes on the PS5 and Xbox Series X this Christmas, the Oculus Quest 2 kind of went under the radar.

Easily one of my favourite gadgets of 2020, the excellent new VR headset is smaller and lighter than the original Oculus Quest, comes with a faster processor, and sports a higher resolution. This means games tend to look better and run faster than before.

But the thing I like most about the Oculus Quest 2 is that it’s completely wireless. The lack of wires considerably enhances the experience, giving you more freedom to flail your arms, move your body and generally become immersed within the Quest’s virtual worlds.

If you were lucky enough to bag an Oculus Quest 2 for Christmas, then check out my picks for the best games to buy for your new device.

You don’t have to be a regular at your local Games Workshop to appreciate Battle Sister, which is the latest in a long line of video games set in the Warhammer universe.

If you’re looking for a VR game with a lot of depth and complexity, then Battle Sister probably isn’t for you. Instead, this is a pure power fantasy, giving players an arsenal of meaty weapons to wield, and a boatload of monsters to slay.

It’s a satisfying run and gun experience with decent production values and some nice visuals. If VR is all about escapism, then Warhammer 40,000: Battle Sister is a good place to start.

A beloved and hugely influential puzzle adventure from the early 1990s, Myst is another title that feels like it was tailor-made for virtual reality.

The ability to physically interact with the game’s puzzles and fully explore your surroundings only enhances what is already a hugely atmospheric experience.

If you enjoy solving the mysteries of the titular island, you might also want to try The Room VR, which is another inventive puzzle game with a fantastic sense of place.

Whether you’re talking about PlayStation VR, Oculus Quest or HTC Vive, you can’t have a best-of VR article without mentioning the phenomenal Beat Saber.

A rhythm action game with an unofficial Star Wars twist, Beat Saber tasks players with destroying notes in time to the music. The twist is that you’re armed with a couple of lightsabers. It’s an addictive masterpiece that’s simple enough for anybody to pick up and play, but will give you nightmares when you attempt songs on the harder settings.

Richie’s Plank Experience is the first app I load up when demonstrating virtual reality to any newbies. Really more of an experience than an actual game – although there are a few additional activities and modifiers you can check out – players take a lift up to the 80th floor of a skyscraper, and then walk a plank to peer off the edge.

Despite not having much meat on the bone, there’s no other virtual reality app that’s anywhere near as thrilling or terrifying as Richie’s Plank Experience. I really hope they do a new one with even more environments, because the developers have absolutely nailed the sensation of being so high up with nowhere to go but down.

Vader Immortal is a three-part Star Wars game that feels a bit like a virtual reality theme park ride. It’s not a particularly deep game, and the story’s a bit short-lived, but it’s highly entertaining and hugely exciting while it lasts.

This is in part due to the excellent production values, which really make you feel like you’re a living, breathing character in the Star Wars universe.

The highlight of the game – other than coming face-to-face with Darth Vader himself – is getting your hands on a lightsaber, which is every bit as satisfying as you dreamed it would be. Just remember not to start dancing if you’re fresh out of a game of Beat Saber.

If you crave a meaty single-player VR adventure the same way zombies hunger for flesh, then the newly released Walking Dead Saints and Sinners is exactly what the doctor ordered.

Saints and Sinners is a VR-only Walking Dead spinoff that takes place a year after the zombie outbreak in New Orleans. The standalone story features warring factions vying for control, and with you stuck in the middle.

You can help survivors, side with factions, kill everyone you come across, or ignore the lot and use the inevitable chaos to sneak by distracted zombies and scavenge for items. It’s also got some of the most satisfying combat in a VR title to date, especially when you stick a zombie with an axe or screwdriver, and then try to pull it out. 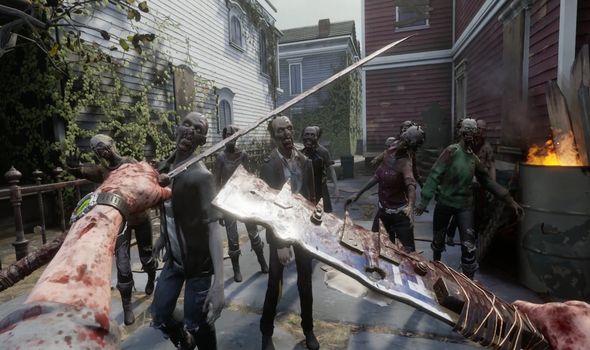 I’m lumping these two together because both releases are the brainchild of Tetsuya Mizuguchi, whose games successfully marry music with gameplay, while also sporting some seriously tripped out visuals.

It’s hard to pick one over the other because both games are excellent. Tetris Effect somehow makes the classic block-based puzzle game an almost spiritual experience, while Rez Infinite is a rhythm shooter that feels like it was made for virtual reality, despite launching nearly two decades earlier.

I would argue that while Tetris Effect is probably the better game, Rez Infinite is a more mind-blowing virtual reality experience – especially when you soar into Area X.

While neither game is quite on the same level as Everybody’s Golf on PSVR, Walkabout Mini Golf and Pro Putt by Topgolf provide pick up and play fun that’s about as close to the real thing as you’re going to get.

As the names suggest, both of these games focus exclusively on putting, making them the sort of games that anybody can get into. In fact, you can forget the date night, and just play a round of Walkabout Mini Golf instead. 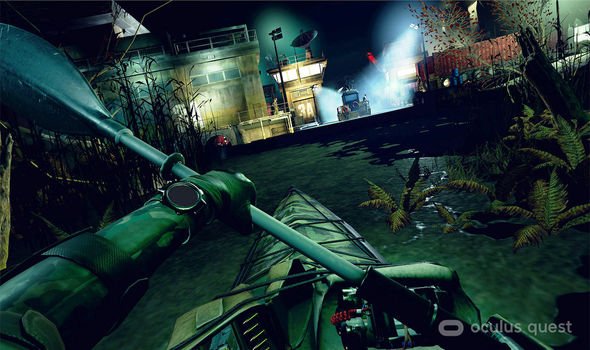 Phantom Covert Ops is proof that you shouldn’t judge a book by its cover. When I first caught a glimpse of Phantom Covert Ops in the Oculus store, I thought it was probably just another generic shooter with janky controls. Boy, was I wrong!

In Phantom Covert Ops you play as an elite agent tasked with infiltrating a secret military base with only a pair of binoculars, a couple of guns and a military-grade kayak at your disposal. Wait, what? That’s right, Phantom Covert Ops sees players stealthily move around a flooded base in a kayak, using weapons to silently dispatch enemies, and reeds to hide from large groups of soldiers.

The fact that Phantom Covert Ops manages to pull this off with a straight face is testament to the high production values, intuitive controls and overall gameplay quality. Apart from maybe Tokyo Jungle, this is one of the most unique and bizarre stealth games I’ve ever played, and should be top of your list when picking up an Oculus Quest 2. 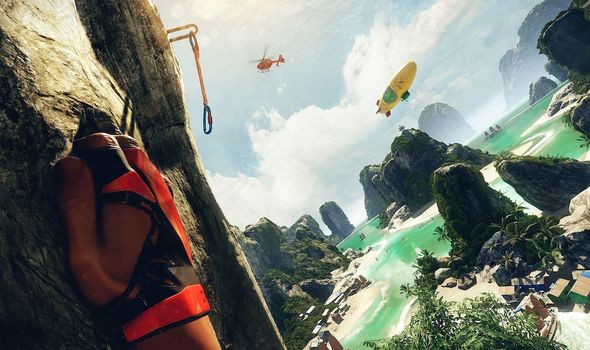 The Climb is one of those games that could only really work in virtual reality. As the name suggests, the aim of the game is to climb various peaks, only without any safety equipment to fall back on.

It’s not as wet-your-pants scary as Richie’s Plank Experience, but it’s still a pretty heart-pounding feeling when you find yourself near the top of a mountain and about to fall.

If you enjoy The Climb and are thirsty for more extreme mountaineering, then you’ll be happy to hear that The Climb 2 is making its way to Oculus Quest later this year.

Superhot may not have been conceived as a virtual reality game, but after experiencing the action untethered on Oculus Quest, I can’t imagine going back and playing it any other way.

Superhot’s gimmick is that time only moves when you do. This means you’ll spend half the game dodging bullets like you’re Neo from The Matrix, and the other half snatching guns out of mid-air and unleashing all hell on the game’s brittle enemies.

If Superhot is the virtual reality equivalent of The Matrix, then Pistol Whip is John Wick. It’s actually the world’s most violent rhythm game, and not a bad workout to boot.

The aim is to kill everything that moves, all the while dodging bullets, side-stepping walls and crouching under platforms. Both games make you feel like an action hero, so you can’t go wrong either way.

RELATED NEWS
Best new mobile games on iOS and Android – January 2021 round-up
Animal Crossing Tops Nintendo’s UK Charts Once Again
Things To Keep In Mind When Choosing An Event Date
Battlefield 6 out this year on PS4 and Xbox One says insider
Recent Posts
This website uses cookies to improve your user experience and to provide you with advertisements that are relevant to your interests. By continuing to browse the site you are agreeing to our use of cookies.Ok