You are here:
Home / Octopath Traveler: Champions Of The Continent – How To Get The Battle Tested Axe

Octopath Traveler: Champions Of The Continent – How To Get The Battle Tested Axe

Even after completing the main story quests of Octopath Traveler: Champions of the Continent, there are still plenty of things to do. If you're looking to upgrade your teams with the best equipment, you'll want to start working towards the Battle Tested weapons, which can be obtained by defeating powerful NPCs.

Where To Find The Great Architect 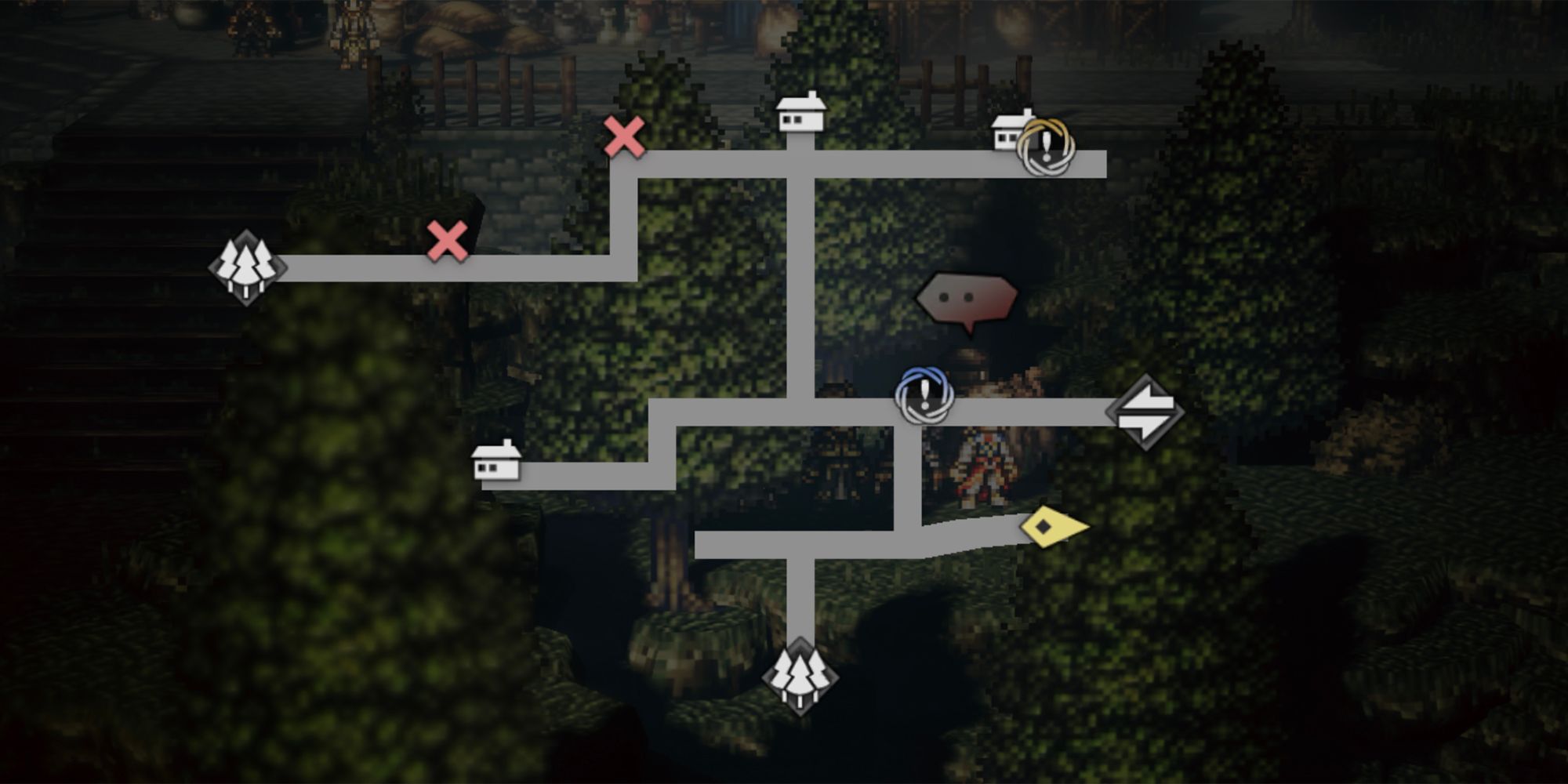 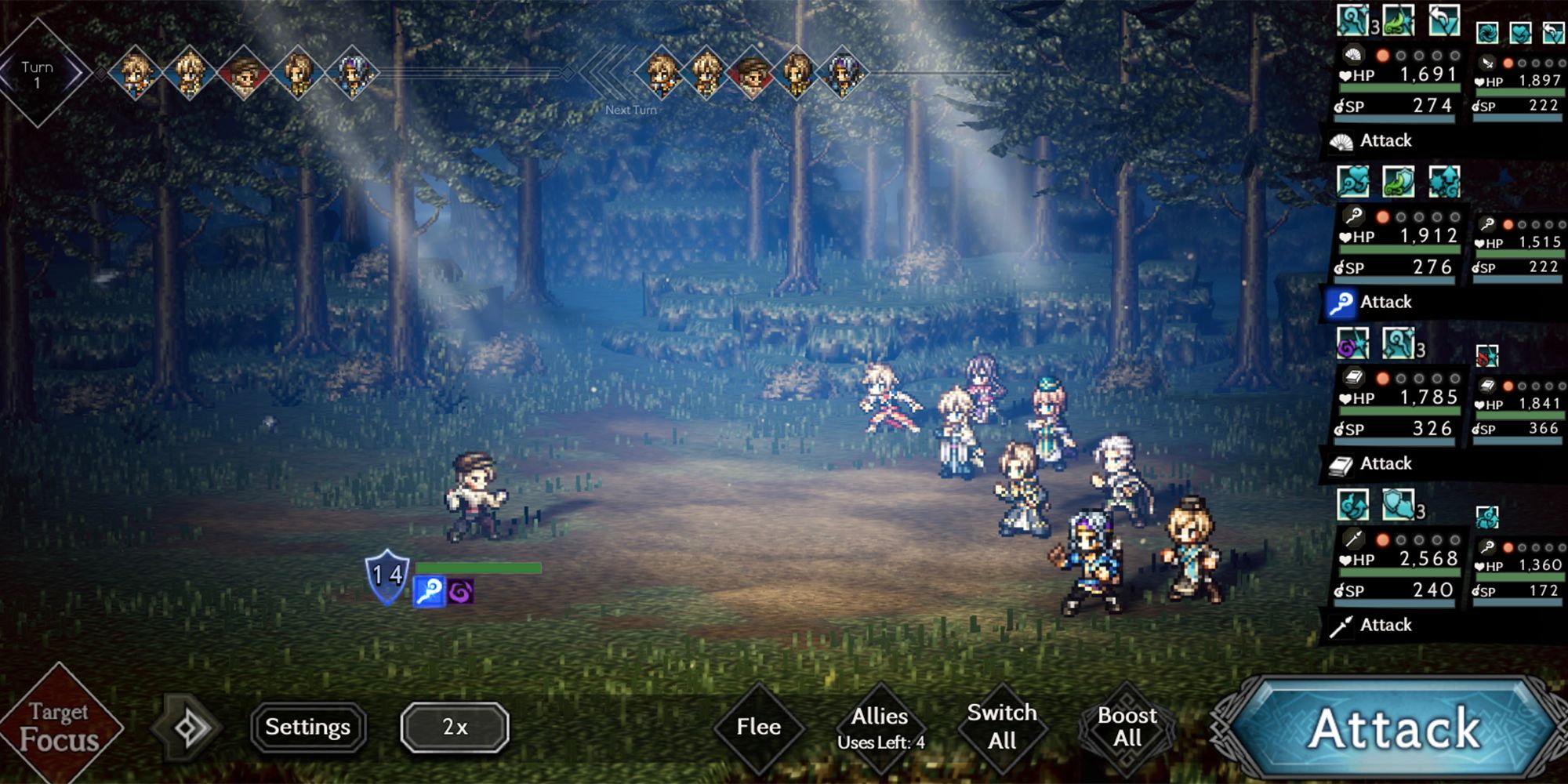 The Great Architect is weak to staff and dark attacks, making attacking his weak points tricky. Throughout the fight, the Great Architect will high-damage multi-hit attacks, and an attack that hits the front row for high damage, inflicting Bleeding.

Because of his high damage attacks, and his weak point to staves, we recommend bringing a few clerics to the fight. Some notable examples include Millard, who is a good all-around option for damage and healing, Menno, who can apply regeneration to the front row, and Madelaine, who has access to a 3-hit staff attack. 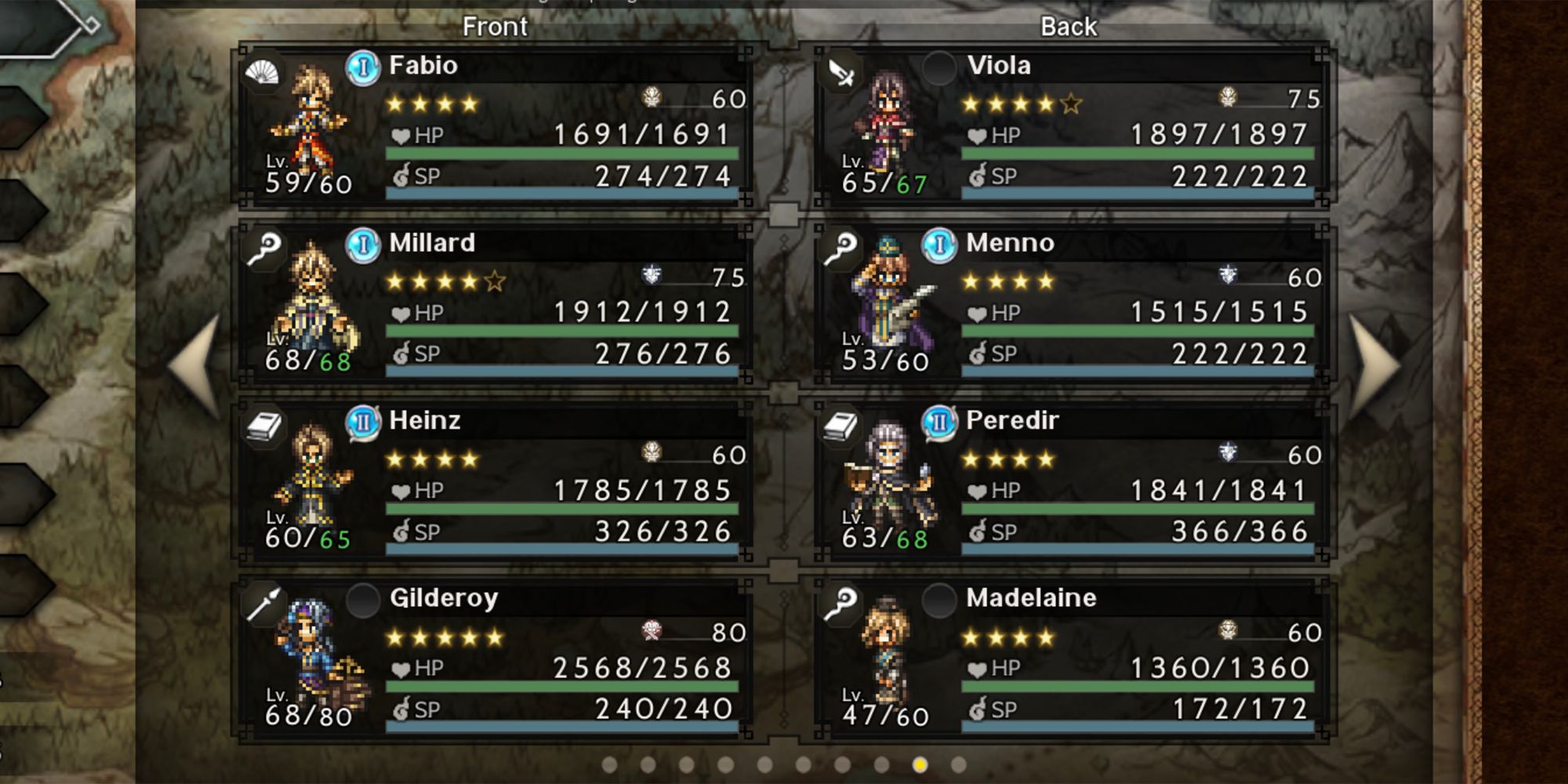 With at least three clerics, you should be set for healing and breaking the Great Architect's shield points. Next, we recommend using a tank unit like Tressa or Gilderoy, who can draw the attacks of the enemy.

For your main damage dealer, Heinz is a very good and cheap option, as he has very high dark damage, and his two single-target dark attacks have a low SP cost. To boost the damage output of Heinz, bring elemental damage buffers like Lynette or Fabio, and elemental defense debuffers like Viola.

In your last party slot, bring another strong damage dealer, if you have them, or a thief unit who can use universal shield-break attacks like Wingate or Heathcote.

Equip your party with the best gear you have available. Equip your tanks and damage dealers with Beastly and Dragon Scarfs to regenerate HP and SP throughout the fight, as these units will not be switching out as much as the rest of your party.

Throughout the fight, try to keep the Great Architect in the broken state as much as possible. Build up your BP and attack with multi-hit attacks to break his shield, then boost your buffs and Heinz's dark attacks to deal high damage. Use your tank's aggro-drawing ability, keep them alive with your clerics, reapply buffs when necessary, and repeat the break and boost process until the Great Architect is down. 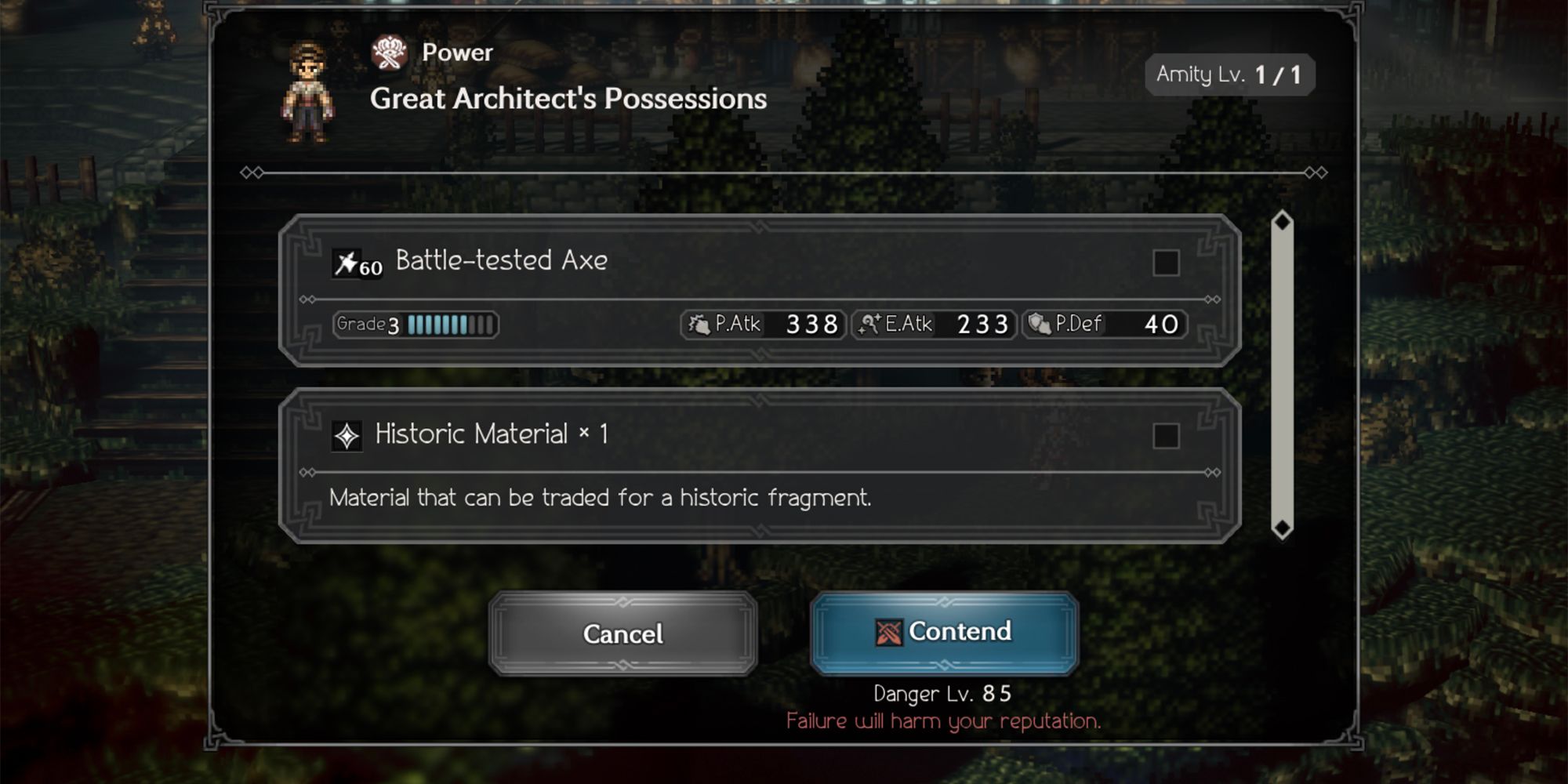 After defeating the Great Architect, you will have a chance to get the Battle Tested Axe. This weapon is not guaranteed to drop, but, by battling with Contend, you will be able to get a Historic Material each time you defeat the NPC. This item can be traded in for Battle Tested Weapons in the exchange later on.

Additionally, you can re-challenge the Great Architect as many times as you want through the Impress Path Action. Doing this, you can battle the NPC over and over to get the Battle Tested Axe to drop. Farming a few of these weapons will set up your apothecaries nicely for future content.