You are here:
Home / Norco: 10 Weird Secrets You Might Have Missed

From abandoned malls to the depths of the bayou, the world of Norco, the gothic pixel noir by Geography of Robots, is full of secrets. As you venture through the brooding narrative of the game, you'll encounter bizarre Easter Eggs that lend some much-needed levity to the oppressive atmosphere of Norco. That's not all you'll find hidden in the dark corners of the game's world, either. You'll also discover important documents and character interactions.

The game's beautiful pixel art is dense with detail, and you'll likely find yourself clicking on every single pixel in search of clues, puzzle solutions, and more. However, even eagle-eyed gamers may have missed some secrets lurking in the bayou.

Beware: Minor spoilers and hints to the game's secret ending ahead! 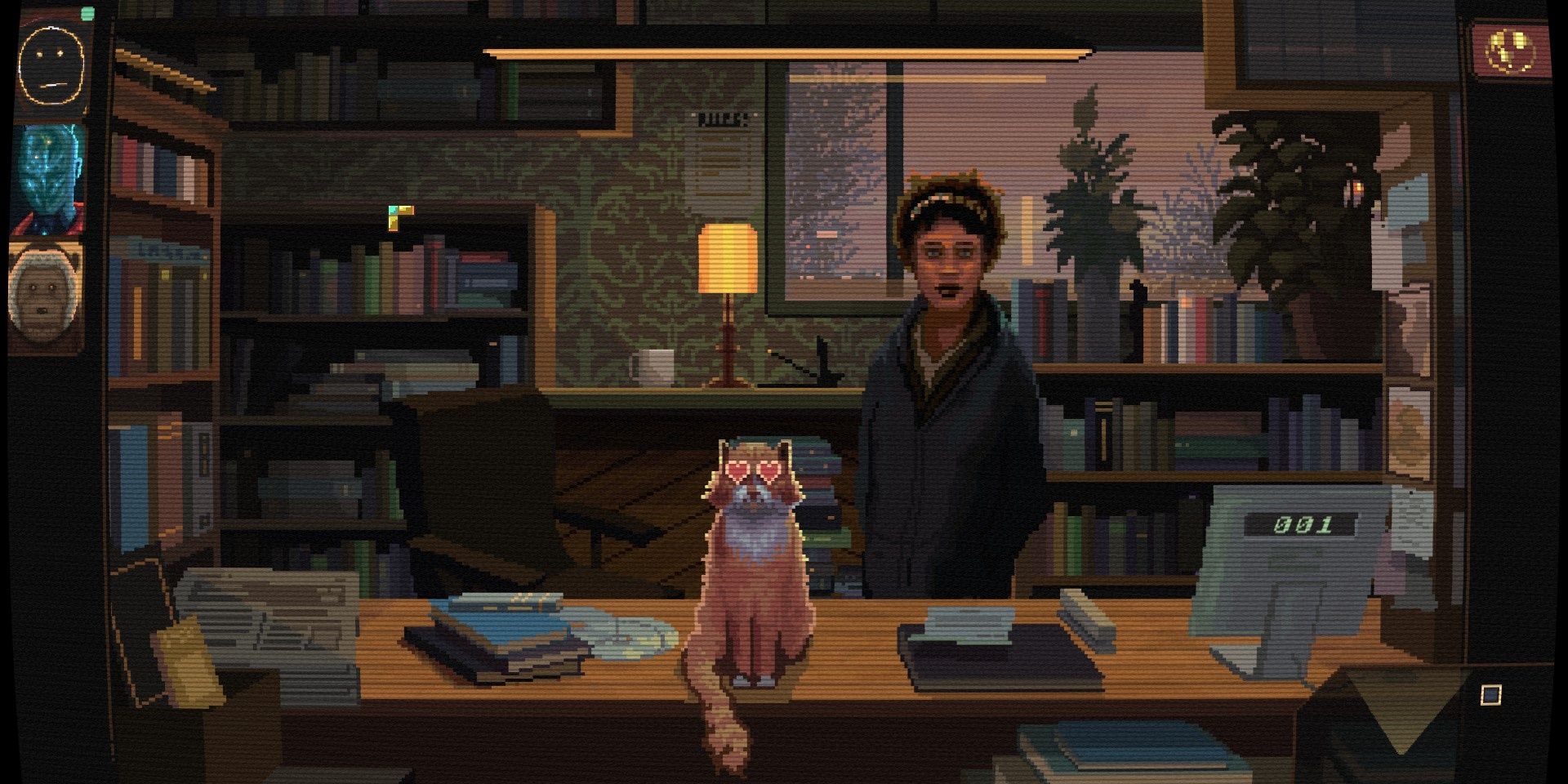 Early in the game, you'll encounter the local bookstore's resident cat, Crouton. You have the option to pet this legendary feline (of which there have been many in video games), through the store's owner warns against it as Crouton is usually prickly around strangers. Attempting to do so will launch you into a Simon Says style mini-game, in which you'll have to click tiles in the correct order. Upon succeeding, you'll get to give your feline friend a scratch behind the ears.

However, if you continue to pet Crouton, you'll begin to notice changes.The cat gets more excited and even begins vibrating unnaturally. On your fifth successful attempt, Crouton will launch through the roof of the store, and presumably into space. 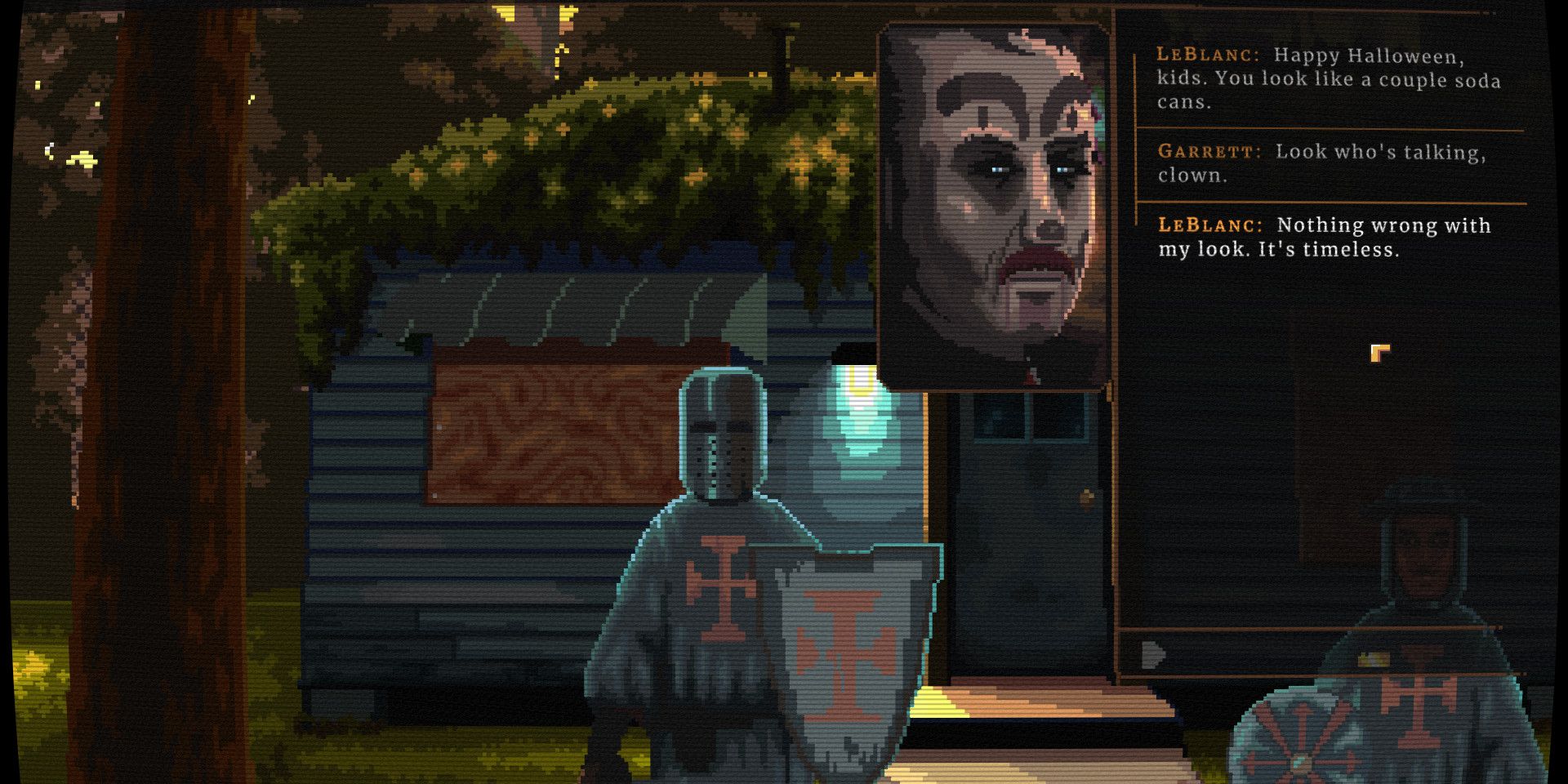 Detective LeBlanc stands out not only as one of the most interesting party members in Norco, but also as one of the funniest characters in gaming history. When you wake up in his office late in the game, you'll notice several eye-catching pieces of decor, including a toilet out in the open and a makeup kit laying on a table.

Clicking on the latter will elicit a response from LeBlanc and nothing more. Most players would leave it at that. However, if you interact with the makeup three times, LeBlanc will rise to the occasion and don a face full of clown makeup for the remainder of the game. Not only does this affect his character portrait, but it adds dozens of new lines of dialogue as various characters react. 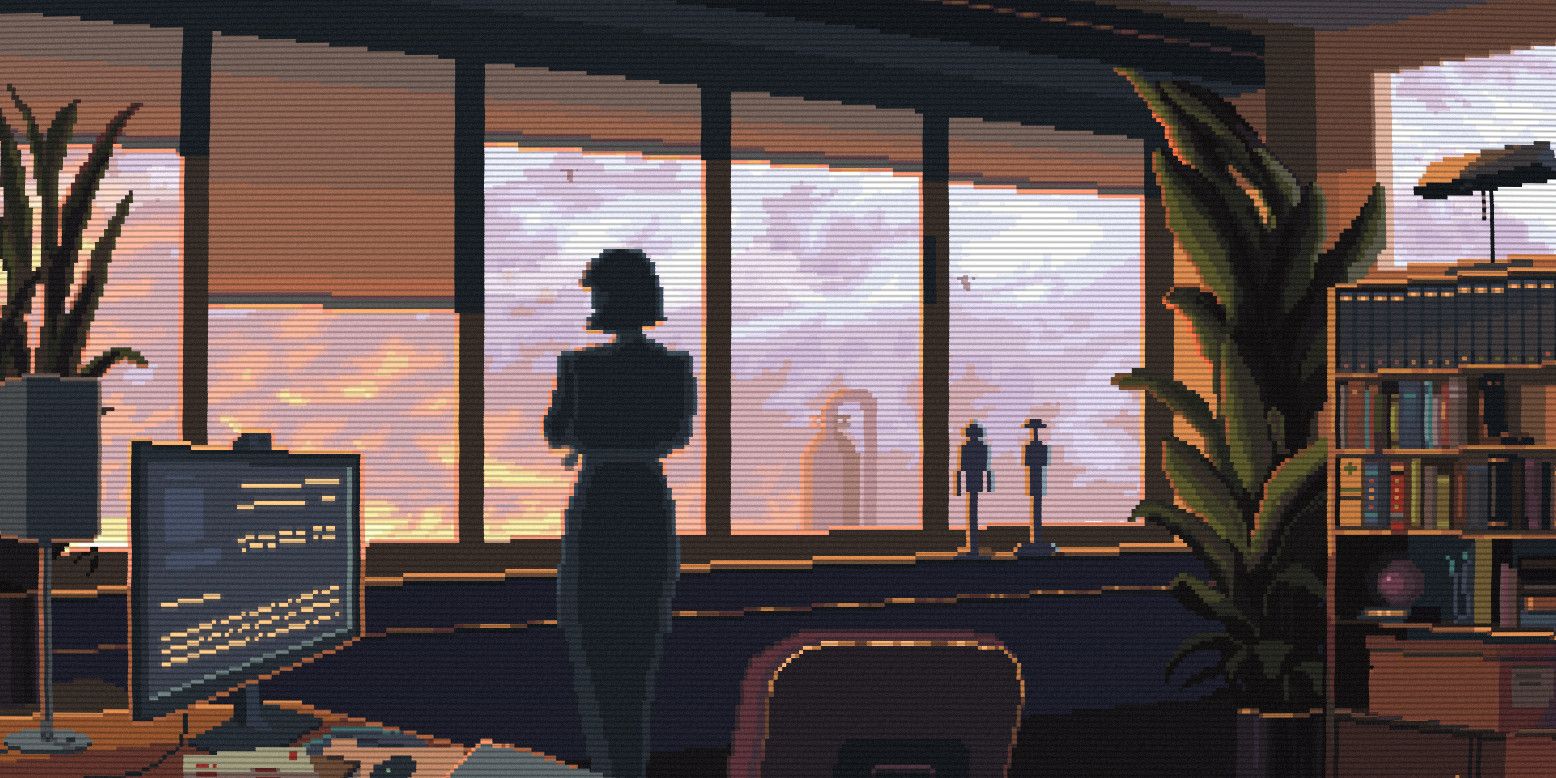 The first time you meet the enigmatic Laura St. Clair, you'll notice a letter on her desk you can interact with. Doing so will prompt a response from her in which she scolds you for looking through her things. Keep that letter in the back of your mind, though.

Later in the game, you'll have the opportunity to return to her office and read the letter. Do so and you'll gain some somber insight into St. Clair's relationship with her father, Shield Oil (the company she helms), and the realities of life in Norco Louisianna.

7 Finding The Pig Man Of The Bayou 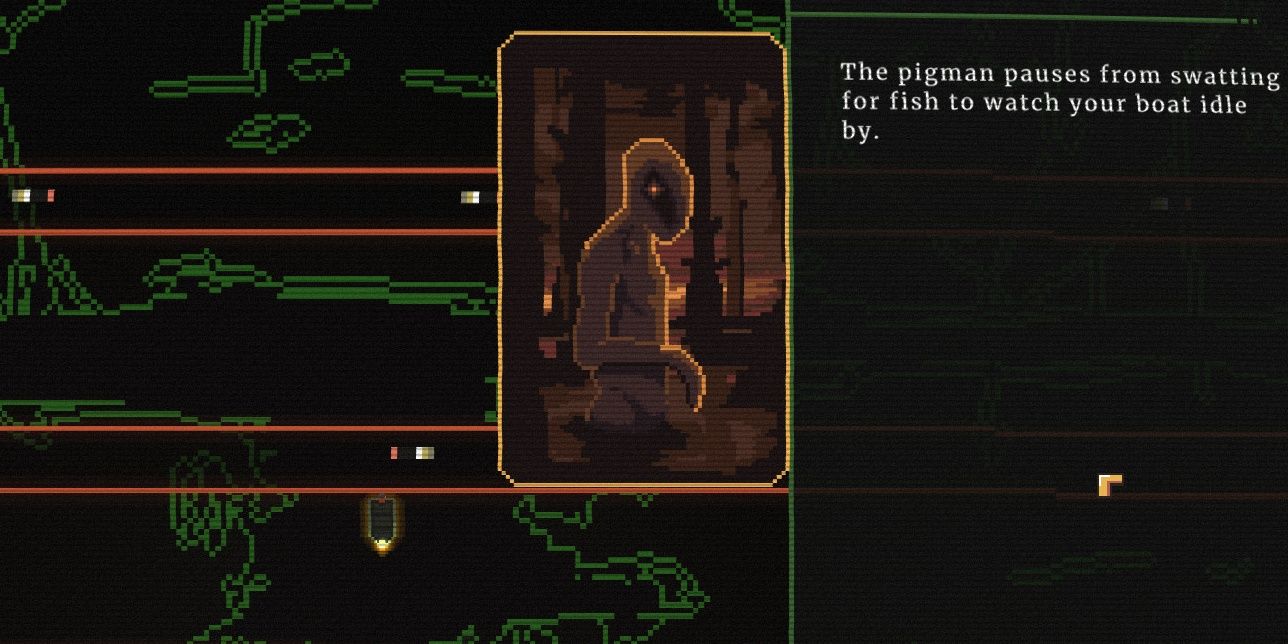 In the game's final act, you'll be steering a boat around the bayou tracking down specific beacons. However, if you venture off the beaten path you can observe some of the region's more surreal inhabitants. One of these is an otherwise unexplained and unmentioned Pig Man, who is squatting by the shore searching for fish to eat.

LeBlanc will mention an old fisherman's custom of tossing gifts to the Pig Man to ensure good luck while out on the water. If you happen to have found the set of Mardi Gras beads hidden in the murky depths of the bayou, you'll be allowed to toss them to the Pig Man for the "Carnival Pig" achievement. He may even have a gift for you in return.

6 Trick Out Your Phone, Gator Style 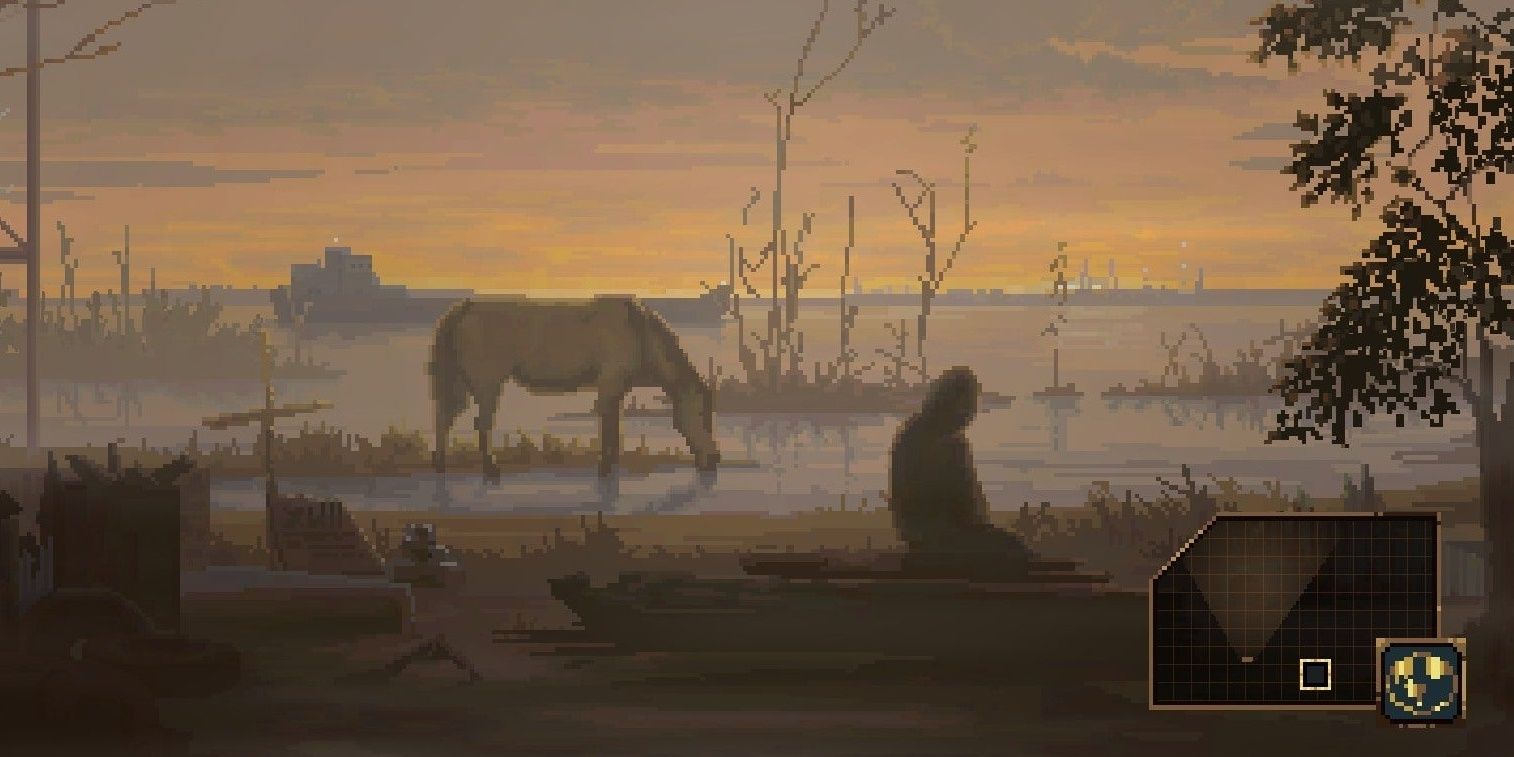 Like many games, Norco is rife with collectibles. During flashback sequences, you'll be able to use protagonist Kay's mother's smartphone in a variety of situations. One app on the phone will let you change its case, with only one alternative option available at the start. While others can be found and bought as the story progresses, one is particularly well hidden within a shadow puppet show.

Watching the shadow puppets will present the player with a minigame in which they can explore a bayou from a top-down perspective. With a bit of exploration, a secret item can be discovered: an alligator-themed case to decorate your smartphone with. 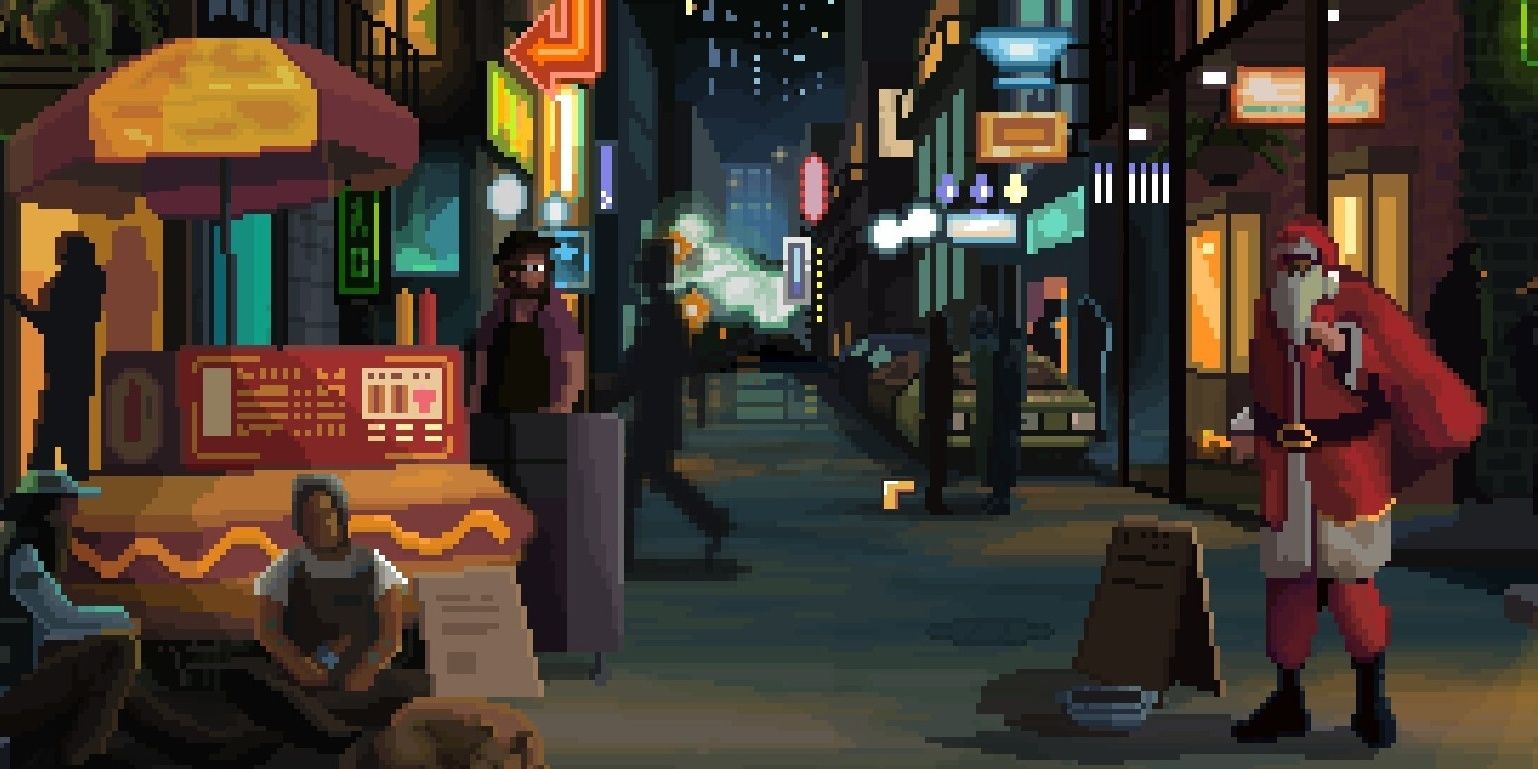 This one requires a bit of foresight. In the first flashback sequence, you'll be presented with a dilemma. You only have one dollar to your name, and there are three people (technically four) you can give it to: a hotdog vendor, a couple, or a very sketchy Santa Claus. Santa claims to be raising money for "charitable" causes (though he neglects to give specifics). Giving your dollar to anyone but Santa will turn him against you. He'll stubbornly refuse to interact with you for the rest of the game if you follow this route.

However, giving him your dollar will put you in his good graces. This leads to an alternate puzzle solution later, when searching for a way around a character blocking your path. Going to the local bar, you'll encounter Santa again and he'll remember your generosity. Thanks to your act of kindness earlier, you'll be able to score a very unusual 'gift' from him. 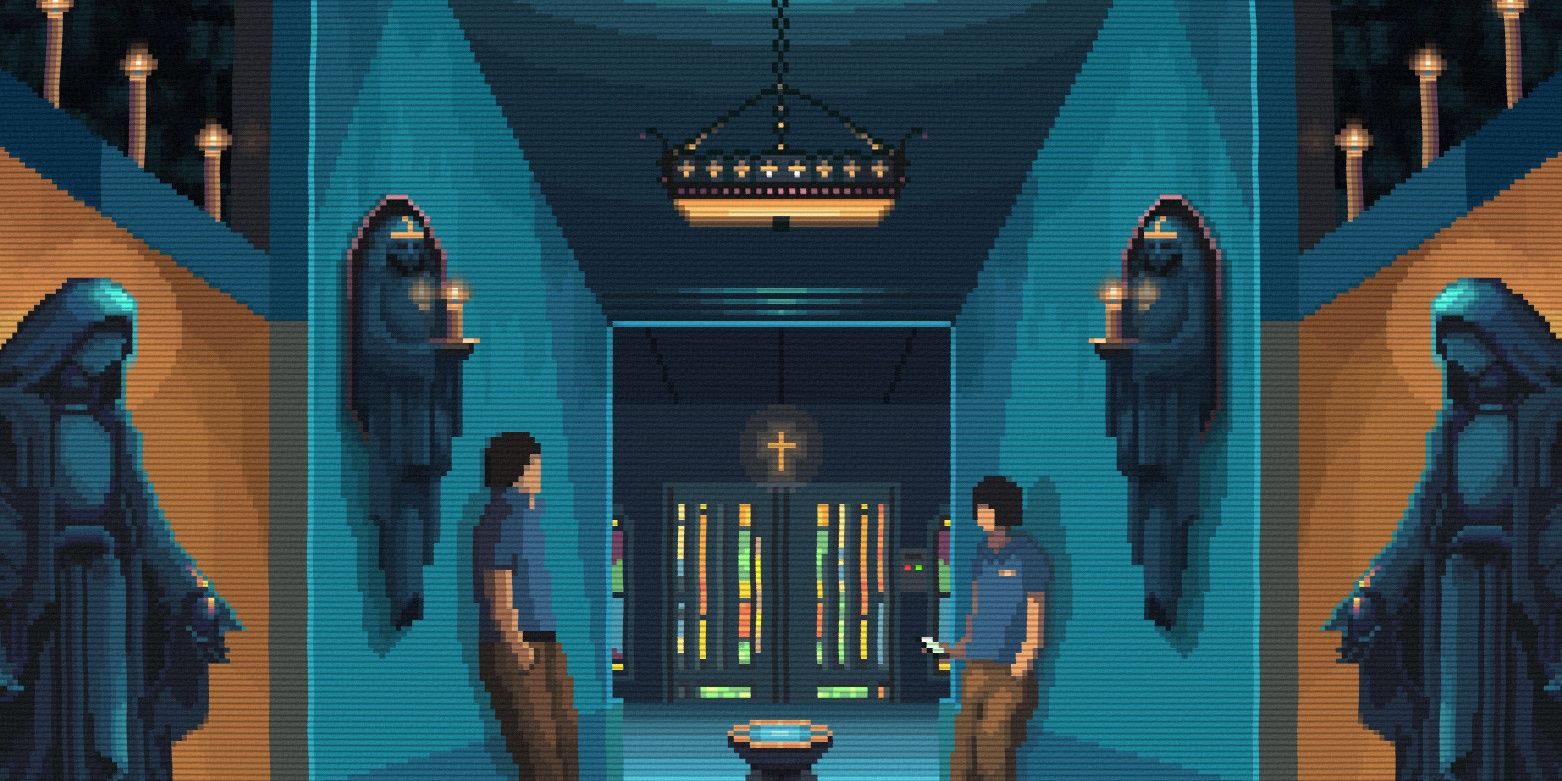 Another flashback sequence sees Catherine investigating a cult of young men who have taken over an abandoned mall nearby. Worshipping an e-celeb named Kenner John, these disciples have forgone their individuality, bearing identical haircuts and outfits as well as changing their names to Garret.

While exploring the mall, you might spot a blue polo shirt tucked away in a box. If you choose to interact with it, Catherine will proceed to put the shirt on. Congratulations! You're a Garret now. Those who are truly committed to their favorite Internet personalities won't want to miss this chance. 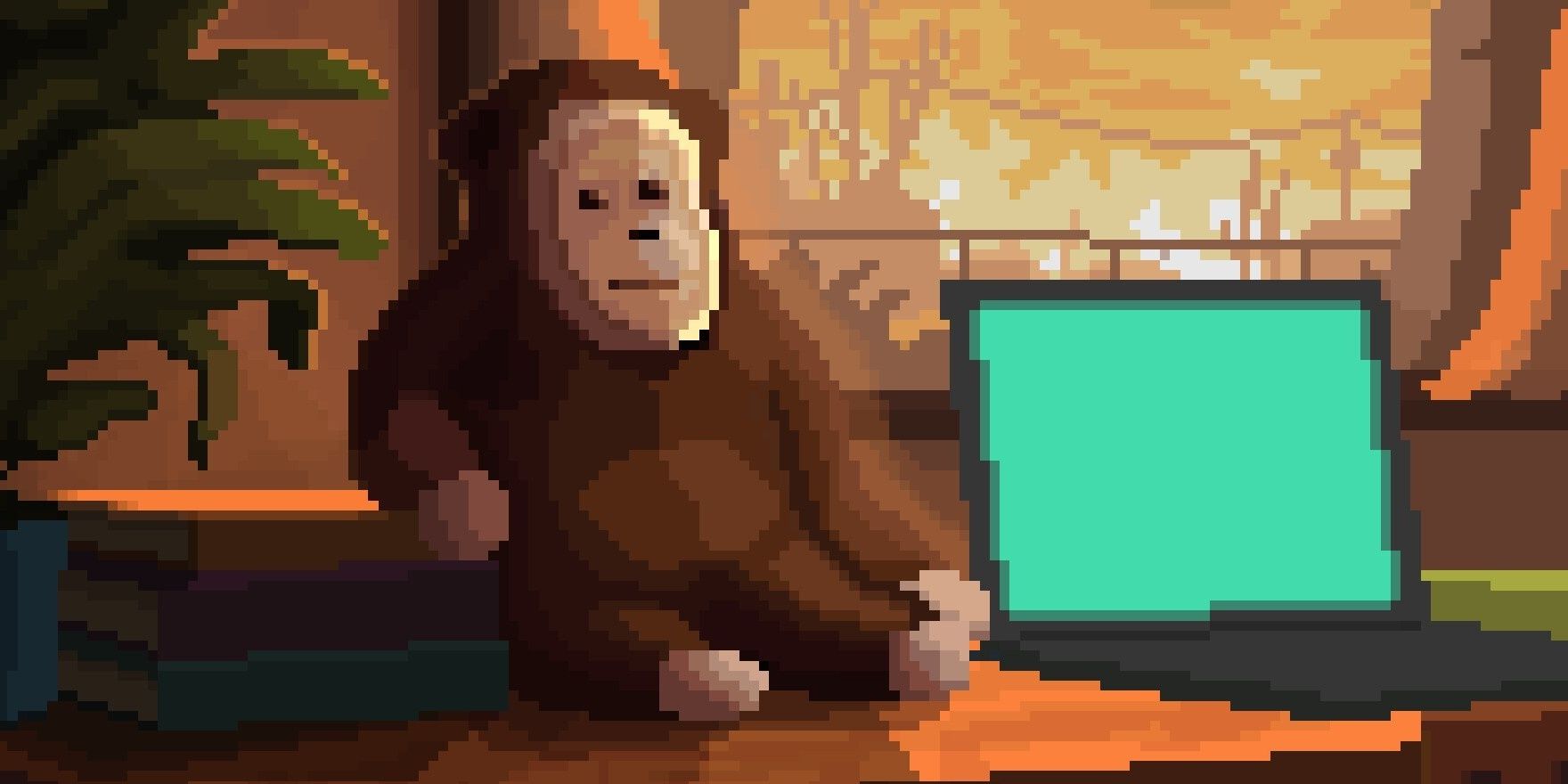 The first party member you'll likely find is Kay's childhood stuffed monkey, which she abandoned years ago when she left Norco. Monkey will accompany you through the early hours of the game, but while riding in a truck bed, he'll be caught by a gust of wind and blown off a highway overpass never to be seen again.

That is, unless you're extra careful as you comb through the bayou in the game's final act, where you can discover a very soggy Monkey deep within the murky water. Monkey may not be a powerhouse like Donkey Kong and co, but it's great to have them back in the party.

2 Give Monkey A New Home 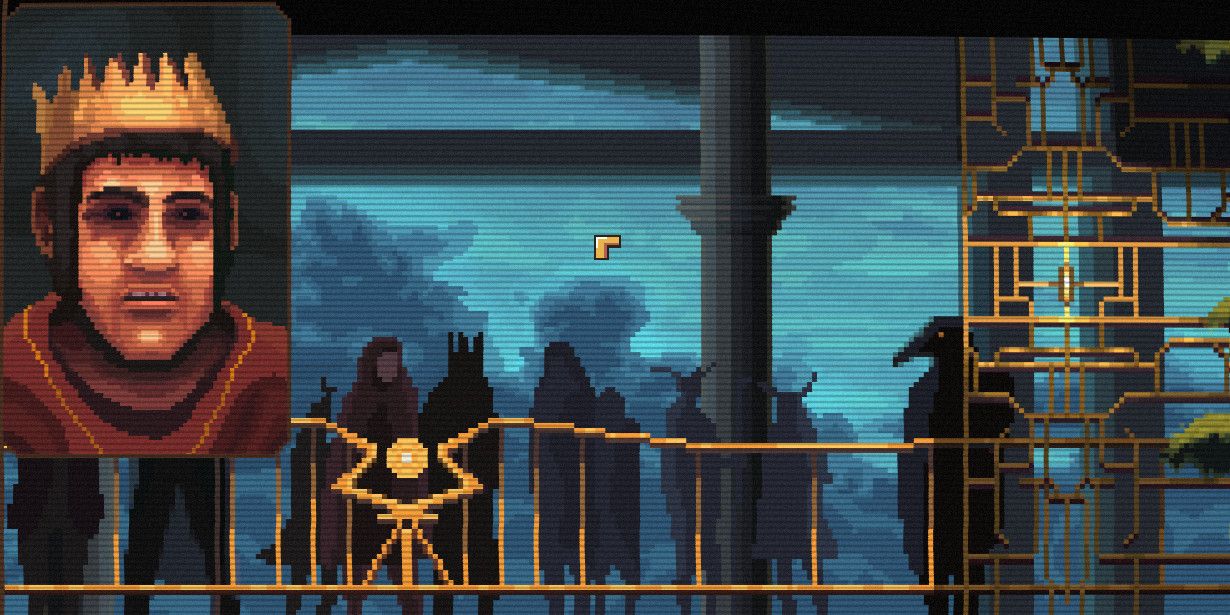 Parallel to the main story, you can discover the tale of a Garrett group member named Bruce (in both the flashback sequences and the present day). Towards the game's final moments you can discover Bruce in a shipping container, manning the launch controls for the group's spacecraft.

If you present him with your recently recovered stuffed monkey, you'll discover he owned a similar toy as a child. You'll then be able to leave Monkey with him, reuniting the pair after all these years. What a touching moment this is.

1 Father And Son Reunited, And A Secret Ending 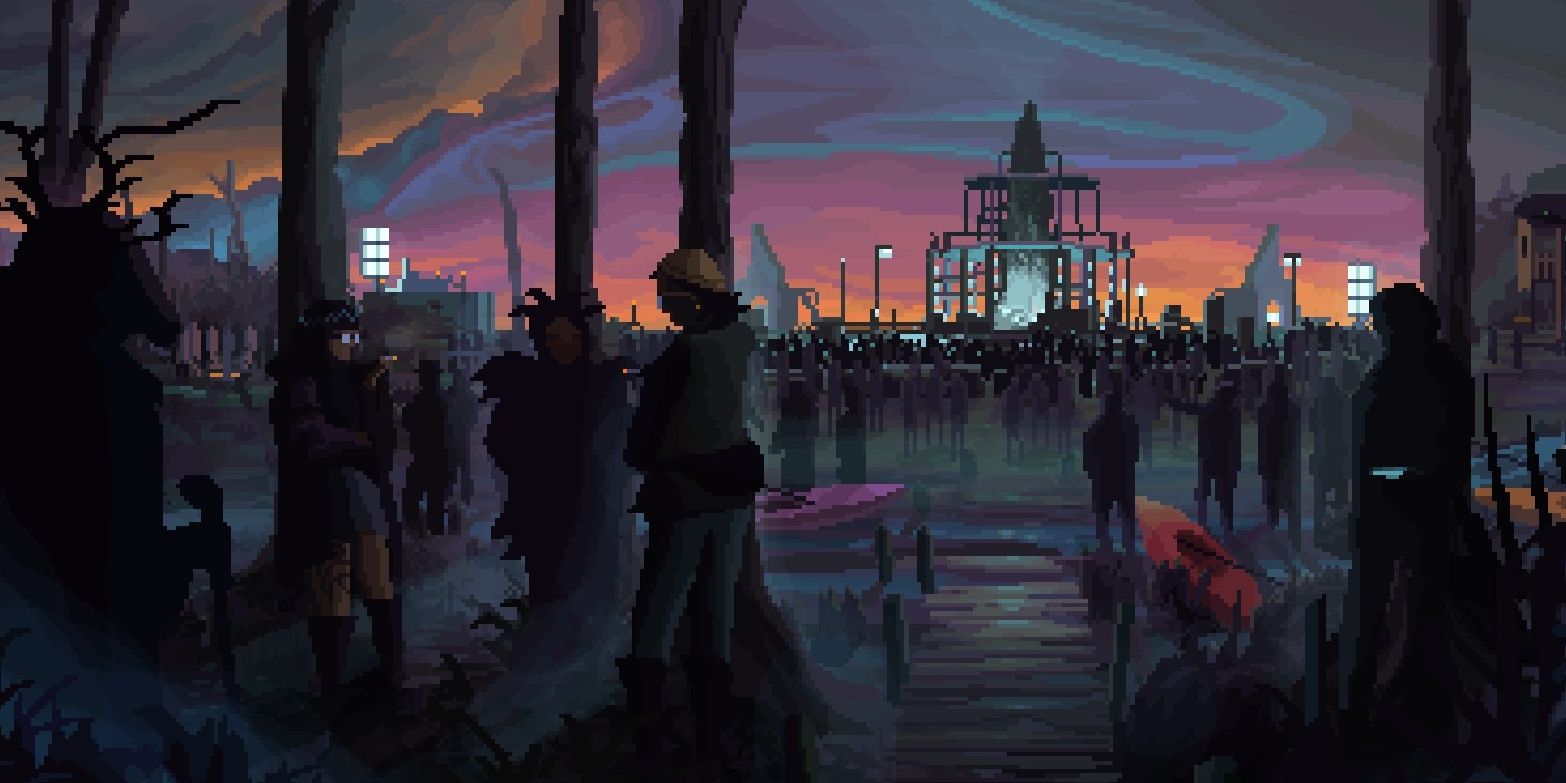 Monkey isn't the only one you can reunite Bruce with. Early on in the flashback sequences, Catherine can encounter a man sitting in his garage. He'll mention his son Bruce who joined the Garrets, wishing he could leave him a message asking him to come home. At the time, you have no way to interact with him further, but much later in the game, Catherine will install a voice memo app on her phone. This allows you to save snippets of dialogue and display them to other characters.

Returning to Bruce's father and grabbing the voice clip of him begging his son to return is the key to this secret. Later still, you'll receive Catherine's phone in the present day, with all the memos you've saved. If you kept the message from Bruce's father, you can show it to him during the game's final moments, prompting him to leave his station and return home. This secret triggers the game's hidden ending.

RELATED NEWS
Offline Mode Is Coming To V Rising "As Soon As Possible"
Test Drive Unlimited Solar Crown Delayed Into Next Year, Leaves Last-Gen Behind
Vampire: The Masquerade – Swansong: Scene 3 – Investigating Moore’s Apartment Walkthrough
The First Game You Should Play On PlayStation Plus Premium Is The One You’ve Never Heard Of
Recent Posts