Speaking to GamesRadar, North spoke about his return to the dark side in Dirt 5, which is available to play now on current-gen consoles. Known for using his natural speaking voice to bring the Uncharted series’ Nathan Drake to life, Nolan also enjoyed taking roles that were not quite as heroic. Nolan expressed his dedication to portraying Drake over the years, but admitted that there was “something really fun about playing the antagonist.”

During Dirt 5’s narrative-focused career mode, drivers will be introduced to rival Bruno Durand; a racing veteran who quickly assumes the role of the bad guy. Accompanying Bruno in the character roster is mentor Alex “AJ” Janiček, voiced by Troy Baker. AJ and Bruno become heavyweight rivals, which leaves space for you to make your mark in the game as an up-and-coming driver. 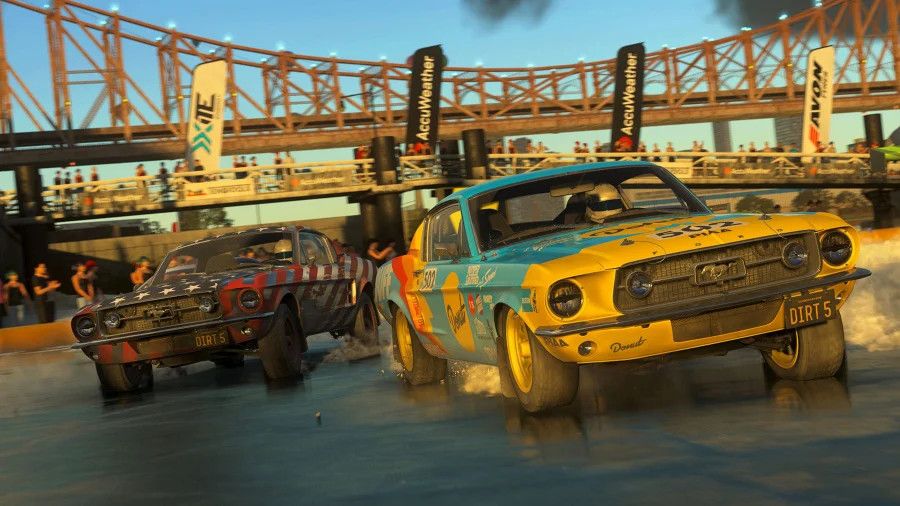 Before taking a deep dive into Bruno’s essence, Nolan North highlighted another antagonist he played and defended his questionable actions. Voiced and motion-captured by North, David from The Last of Us was the game’s antagonist during the winter chapter. North stated that the survival horror’s cannibal was “a great role to play,” but he always defended his motives. Despite the fact that David ate people, North emphasized the hardship that encompasses survivors in a post-apocalyptic world, and believed that David had to make some hard decisions along the way.

North also applied this logic to Bruno Durand, by reiterating how the “bad guy” of a game doesn’t always have to be a villain. Bruno is a character that’s designed to heighten competition, however, the game’s story arc will shine a different light on Bruno by the end, or at least North hopes so. “I want you to love to hate him, and then hate that you love him by the end,” North revealed, which may not be so difficult knowing he’s the guy behind the not-so bad guy.

TheGamer recently interviewed Nolan North for an inside look at his part in Dirt 5. From improvising his role to spilling his thoughts on the upcoming Uncharted movie, North also revealed the in-depth backstory he received about Bruno Durand, which may help bring the character into the light for Dirt 5 racers.