You are here:
Home / Nintendo News: Will the Switch Pro face off against the PS5 Portable in 2023?

Nintendo News: Will the Switch Pro face off against the PS5 Portable in 2023? 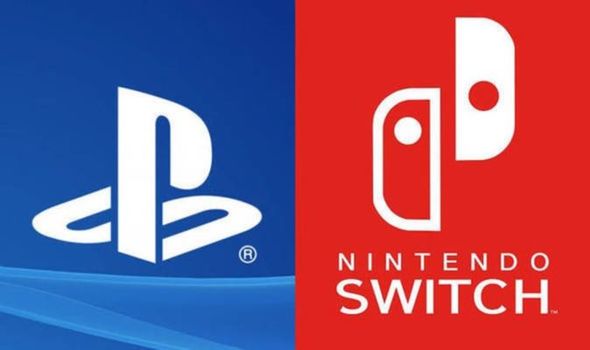 It seems unlikely right now but some analysts once believed that Sony would follow up its PlayStation 5 console with a PS5 Portable. It’s part of an older prediction which has proven correct on one other crucial piece of information, making a fun talking point leading up to the launch of the PS5 in 2020. And if that happened, it would likely mean Sony taking on whatever console is going to follow the current Nintendo Switch.

We’ve heard plenty about the Nintendo Switch Pro, an alleged device that would share the same games library as the current console range but boast a better screen and battery life.

Nintendo would eventually want to launch a new console to replace all of them, and it sounds like the famous company is happy to dominate the handheld market for some time.

A recent shareholders meeting saw senior executive officer Ko Shiota reveal just how important the design of the Nintendo Switch has proven, revealing during the event:

“In addition to the performance aspects (higher technical specifications), Nintendo’s dedicated video game platforms are developed with a focus on providing a comfortable environment for consumers to play fun software.

“From the perspective of playing with the image displayed on a TV, we believe that because consumers can play Nintendo Switch on a TV or the game console screen itself, it has greatly increased the opportunities for gameplay in various scenes in their lives, compared to previous consoles.

“Through Nintendo Switch, we’ve made many discoveries about where a dedicated video game platform can fit into a consumer’s daily life.

“We see scenes on social media of children and their families sitting around a game console to play, which gives us a renewed sense of the value of our dedicated video game platform.

“We will utilize these experiences in carefully considering the form our future game consoles will take.”

While Nintendo must share the handheld gaming space with Mobile Phones, there are no other big console makers to compete.

So it would make sense that Nintendo would want to keep the Switch as their flagship design for the foreseeable future.

So what about the idea of Sony choosing to jump in a few years and bring a PS5 Portable to the market?

This seems pretty unlikely right now, with Sony doing their best to distance themselves from earlier devices like the PS Vita.

And while no one is currently predicting that outcome in 2020, a quoted Goldman Sachs Report mentioned such a thing back in 2017.

What has been catching people’s eye this month is how bang on the predictions were, with Sachs predicting the PS5 launching in 2020.

It should be noted that streaming wasn’t such a big thing in 2017 and Sony hadn’t come out to say they were no longer interested in pursuing the handheld hardware market.

Sony Interactive Entertainment CEO Andrew House revealed at the time: “The Vita experience was that outside of Japan and Asia, there was not a huge demand. The Nintendo [Switch] is a hybrid device, and that’s a different approach and strategy. We have not seen that as being a huge market opportunity.”

While it remains unlikely that such a thing will happen, fans will always be interested in finding out what is being planned next by the leading video games hardware makers.