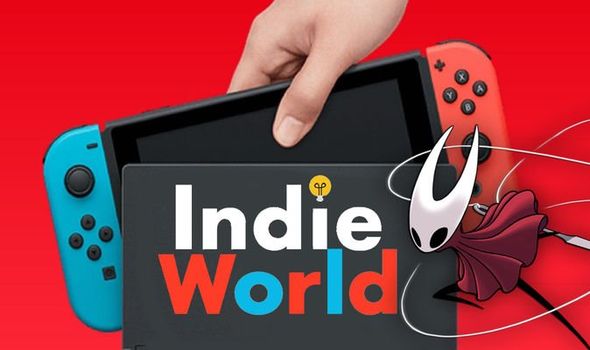 The upcoming Nintendo Direct event has an August 11 air date and a 5pm BST broadcast time.

Fans will be treated to roughly 20 minutes of new game reveals, release date announcements and other indie updates.

The news was announced by Nintendo on Twitter, although little is known about what exactly will be shown.

“A new Indie World showcase arrives on 11th August at 18:00 CEST,” reads a Nintendo post. “Tune in for roughly 20 minutes of information on upcoming indie games heading to Nintendo Switch.”

If you want to watch the action unfold live and in person, you can do so by clicking play on the YouTube embed below.

With the game pencilled in for a 2021 launch, now seems like the ideal time for developer Team Cherry to post an update.

One of the most popular games on Switch, the original Hollow Knight launched all the way back in February 2017, while the sequel was announced in February 2019.

Unfortunately, however, little has been seen of the game since it was announced, barring a previous feature in UK publication Edge.

In case you missed out on the original, Hollow Knight is a Metroidvania-style platformer that shares a little in common with Dark Souls.

The sequel appears to be more of the same, although it takes place in the kingdom of Pharloom and shifts the focus to the character of Hornet.

“Play as Hornet, princess-protector of Hallownest, and adventure through a whole new kingdom ruled by silk and song!” reads the official Hollow Knight Silksong description.

“Captured and brought to this unfamiliar world, Hornet must battle foes and solve mysteries as she ascends on a deadly pilgrimage to the kingdom’s peak.

“Hollow Knight: Silksong is the epic sequel to Hollow Knight, the award winning action-adventure. As the lethal hunter Hornet, journey to all-new lands, discover new powers, battle vast hordes of bugs and beasts and uncover ancient secrets tied to your nature and your past.”

Hollow Knight Silksong is currently in development for Nintendo Switch and PC, although more platforms could follow.