You are here:
Home / Nintendo Censored Sensitive Material From Ocarina Of Time For Its 3DS Remake

The Legend of Zelda: Ocarina of Time is a critically-acclaimed adventure that the gaming community still swears by. From its unforgiving Water Temple – dubbed as the best dungeon – to its gift of baby Epona, Ocarina of Time is timeless. However, its progress through console generations was not without difficulty.

When Nintendo was developing the game for the 3DS handheld, a few changes were made, differing from its Nintendo 64 counterpart. Ocarina of Time was the fifth title in the Zelda franchise, but the first to receive 3D treatment. During this transition, Nintendo modified specific details of the game for the 3DS port, predominantly to remove aspects that referred to religion. One change that was made, however, became detrimental to the game’s gumption, in some respect.

Related: Rumor: The Legend of Zelda: Ocarina of Time May Come To Nintendo Switch

In the original Nintendo 64 title, Link’s final stand against Ganon – at the top of his castle – caused a considerable amount of blood to be shed from the villain upon his defeat. One instance featured the game’s main antagonist vomiting blood, subsequently followed by blood dropping from his head after Link stabs him. The color of Ganon’s blood was changed from red to green for the 3DS version, as well as the removal of blood stains from the floor and walls. This change was presumably to make the game more child-friendly, however, older fans thought it removed some of the game’s boldness. 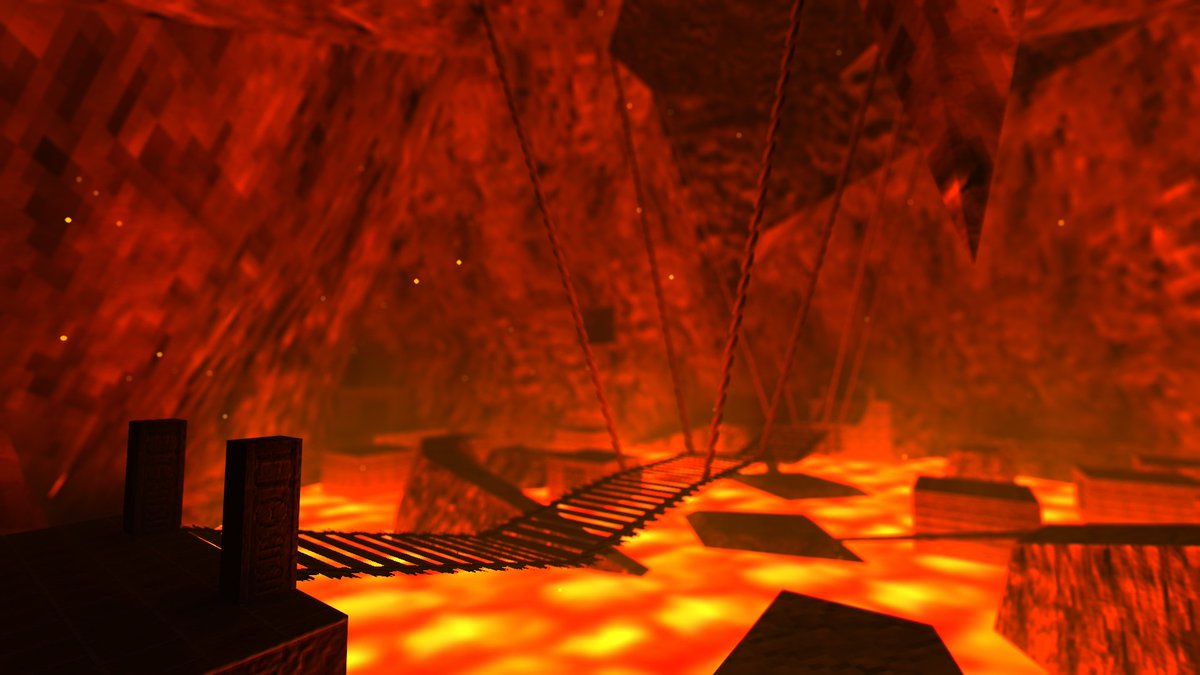 Other changes included the replacement of the Fire Temple’s original music. The Nintendo 64 version features a sample from an Islamic prayer, where the name “Allah” can clearly be heard at one point. The game’s Crest of the Gerudo was also criticized as being too similar to the star and crescent symbol that represents Islam and the Muslim community. Due to the religious connotations that resided in both of these examples, Nintendo decided to replace them. Some of these changes – including Ganon’s change of blood color – can also be found in the 1.2 cartridges of Ocarina of Time on the Nintendo 64.

While Nintendo has the power to make any altercations to its property, the Japanese company still frowns upon others taking the liberty of doing the same. Just last month, Nintendo sued modder Kaze Emanuar for creating “The Missing Link”; a mod for Ocarina of Time.