There are a couple of quests that are often missed by players of Nier Replicant because they are hidden away in Emil’s Manor and only become available after you have taken care of all storyline business there. (Though you should visit this area after this point as the Underground Facility is a great place to farm weapon upgrade materials.)

Prerequisite Quest — A Tale of the Study 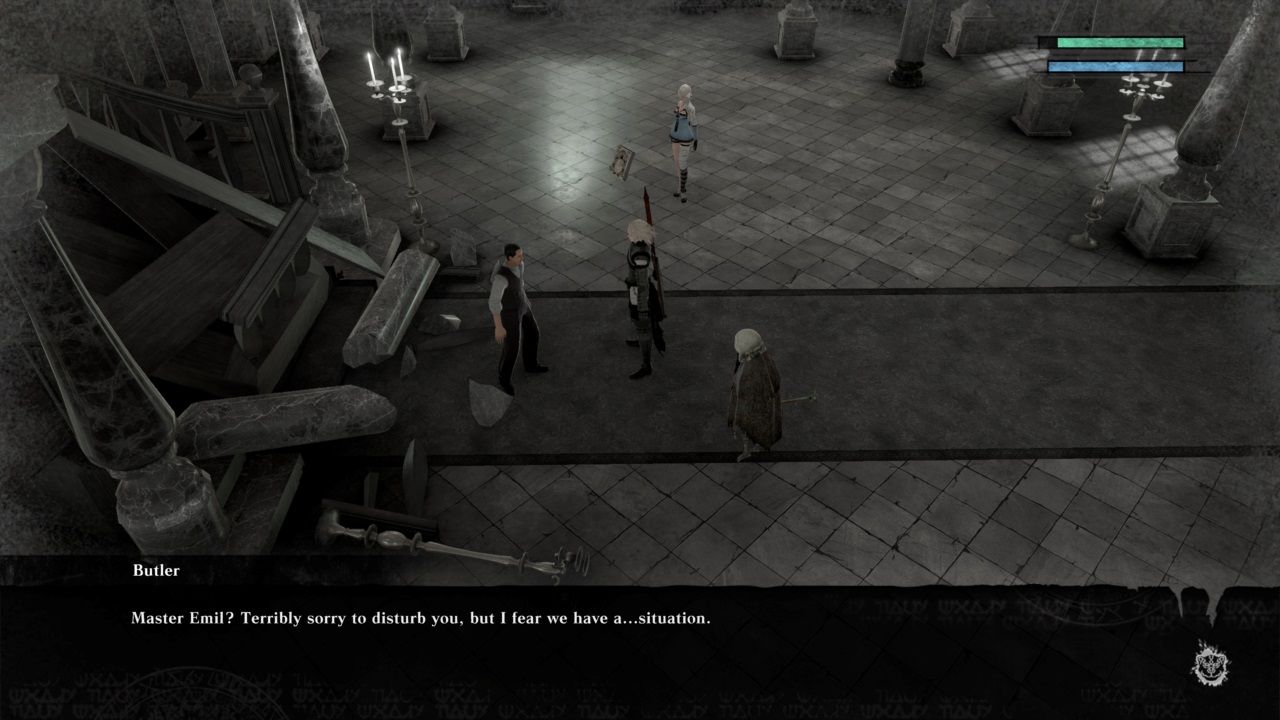 Before you can take on the “Research Project” quest for Sebastian, you’ll first have to do another quest for him. This quest becomes available after you have visited either the Forest of Myth or the Junk Heap in search of a key fragment.

Sebastian will tell you that there is a shade that has taken up residence in the manor study, and although it doesn’t seem to be hostile, Nier is determined to take care of it. Head to the study area (where you previously fought Grimoire Rubrum) and you will find the shade in question. 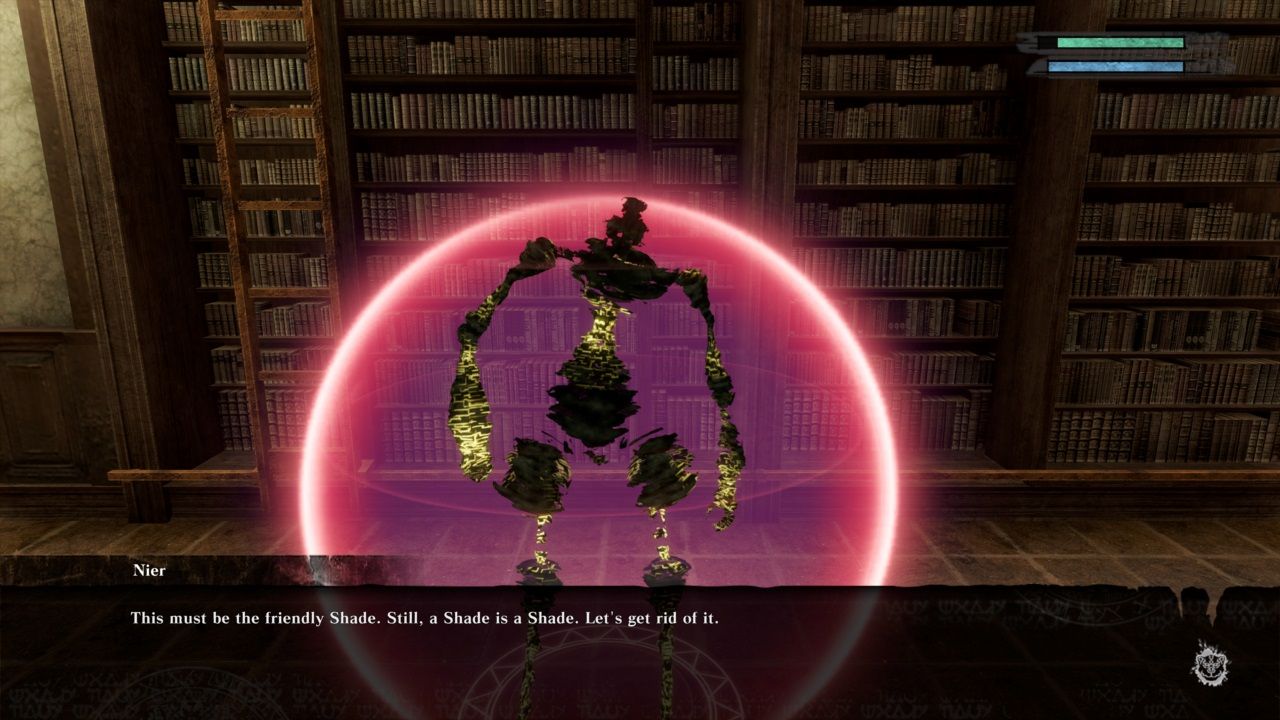 The most annoying thing about this fight is that it will keep throwing up a barrier, but overall, you shouldn’t find this too difficult to take care of. Once you’ve spoken to Sebastian again and handed in the quest, you will earn 15,000 gold as a reward.

You will then need to leave the manor and re-enter in order to prompt Sebastian to give you the next quest. 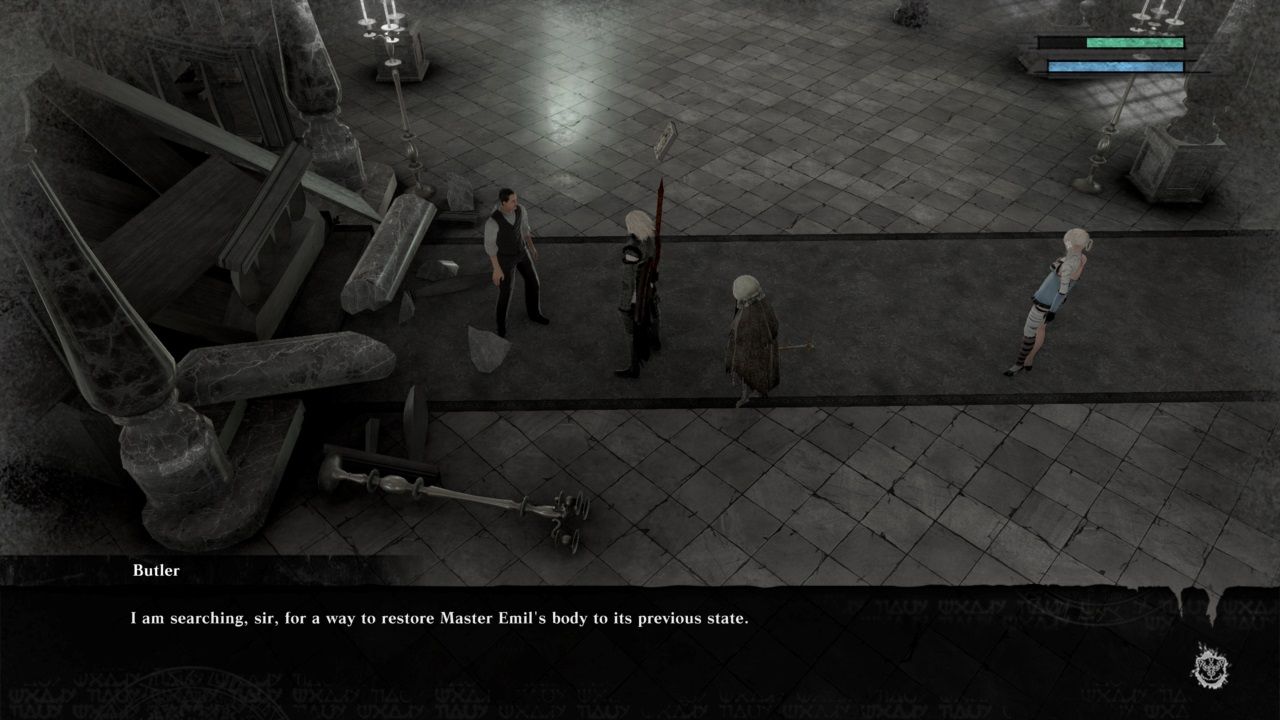 Once you have completed “A Tale of the Study”, return to Sebastian to begin the next quest.

Sebastian tells you that he is trying to find a way to restore Emil’s body to human form, but unfortunately, the clues to achieving this are likely held in the shade-infested Unground Facility.

Head to the courtyard and interact with the glowing spot by the fountain to open the way to the Underground Facility. (You would have previously done this as part of the storyline.)

We recommend grabbing the map for the Underground Facility just before the KA keycard doors if you haven’t done so already. 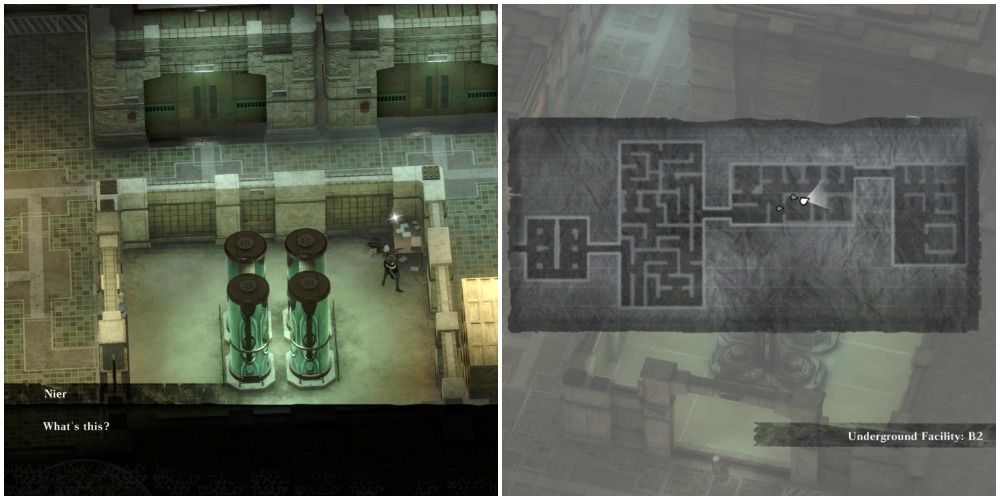 You want to travel down to the B2 level of the Underground Facility and head towards the location shown on the map above. Head into the little room (which is obscured until you enter it) and in the top right corner, there is a glowing spot you can interact with.

The information you find tells you that one of the researchers lived in a coastal town, so naturally, Seafront is your next destination. When you enter Seafront, you have to take a left and double-back on yourself while climbing some stairs and houses in order to reach the house above the entrance to the town. The location you need to visit is shown below. 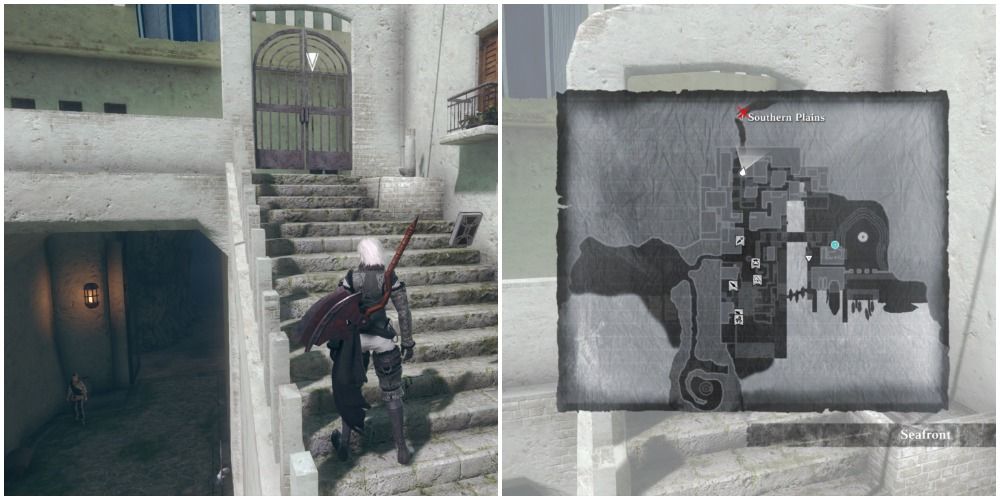 After interacting with the house, a man will come out and he will confirm that one of his relatives used to work in research. He will give you the only bit of documentation he has left, but it’s encrypted.

Fortunately, Sebastian is more than capable of decrypting the letter and it turns out to be a letter to Emil from one of the researchers who experimented on him, which leads to a touching conclusion of the quest. 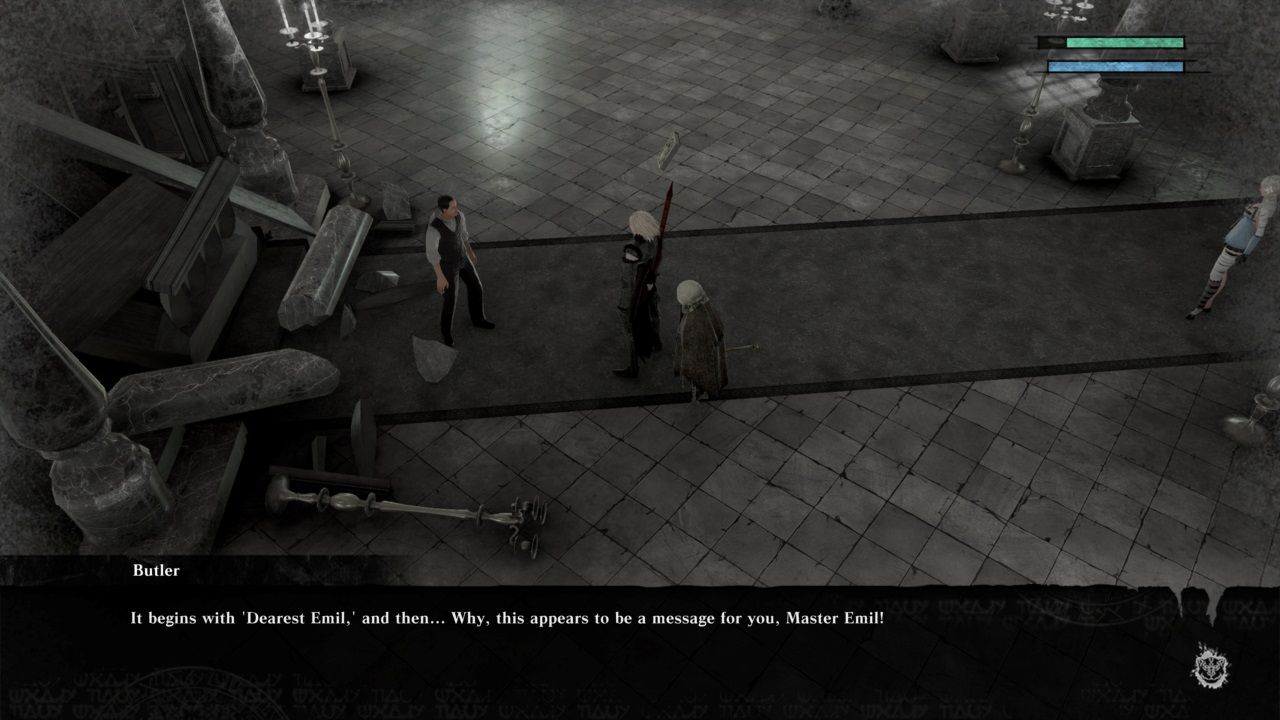