While playing Nier: Automata, there are a variety of sidequests that you can undertake, with more and more unlocking as you hit story milestones or play through different story routes. Sidequests are well worth checking out, with many offering great rewards, unlocking special endings, adding some humor, and some will even hit you right in the feels.

One of the sidequests that you can accept in the game is “11B’s Memento”. This quest is unlocked once you have access to the Desert Zone and can be started by speaking to 16D in the Bunker. For a walkthrough on how to complete this quest, we’ve got everything listed right here. 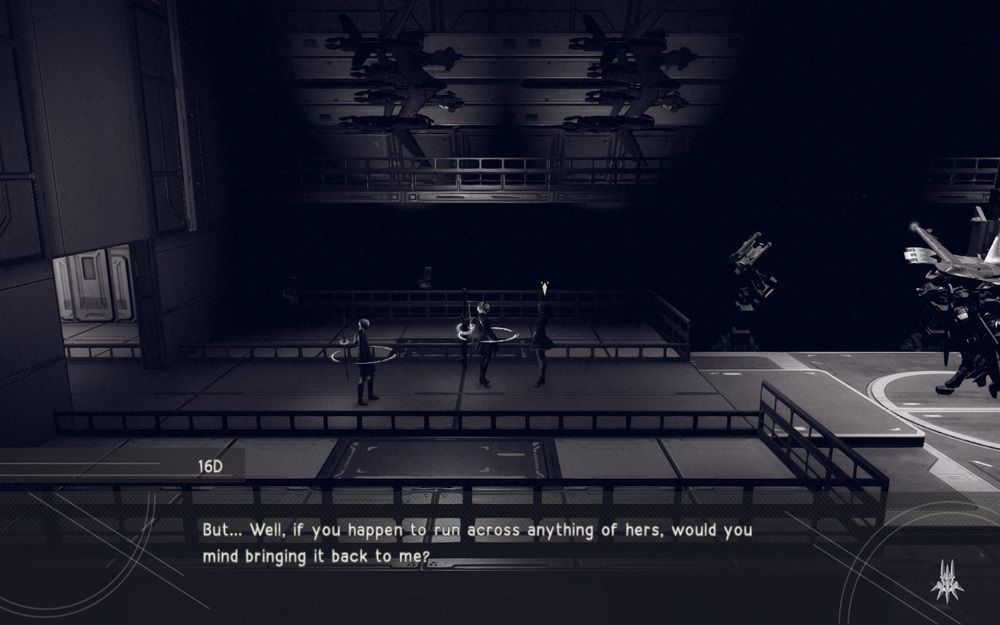 Speak with 16D in the hangar area of the Bunker to initiate the “11B’s Memento” sidequest. 16D will ask you to find the body of her instructor 11B, who unfortunately died in battle in the Abandoned Factory, and 16D also requests that you return any of 11B’s belongings that you might find to her as well.

Head to the Abandoned Factory and travel to where you first started at the very beginning of the game (where you fought the chainsaw boss). There are a couple of shortcuts that you are able to take if you have opened those routes up during your first visit ( by interacting with the bridge and the crane). In that first boss area, you can find a pile of rocks, next to which is the body of 11B, as shown below. 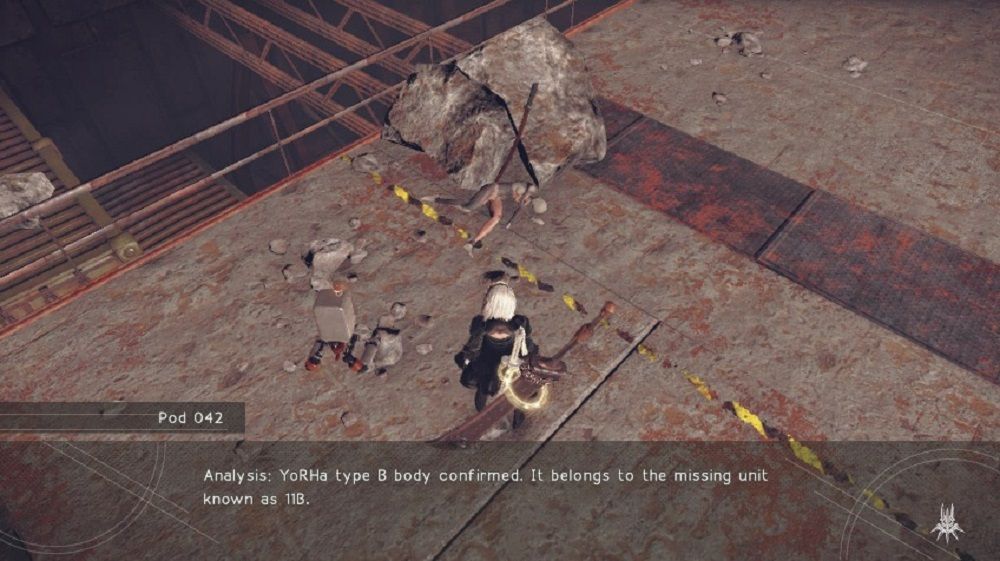 On the body, you will find the 11B’s Escape Plan archive, which reveals that she was planning to desert YoRHa. When you return to the bunker to tell 16D that you found the body, you have the choice of telling her about 11B’s desertion plans.

Whichever option you decide does not change the reward for the quest, but will simply change the information/response given by 16D.

If You Tell the Truth… 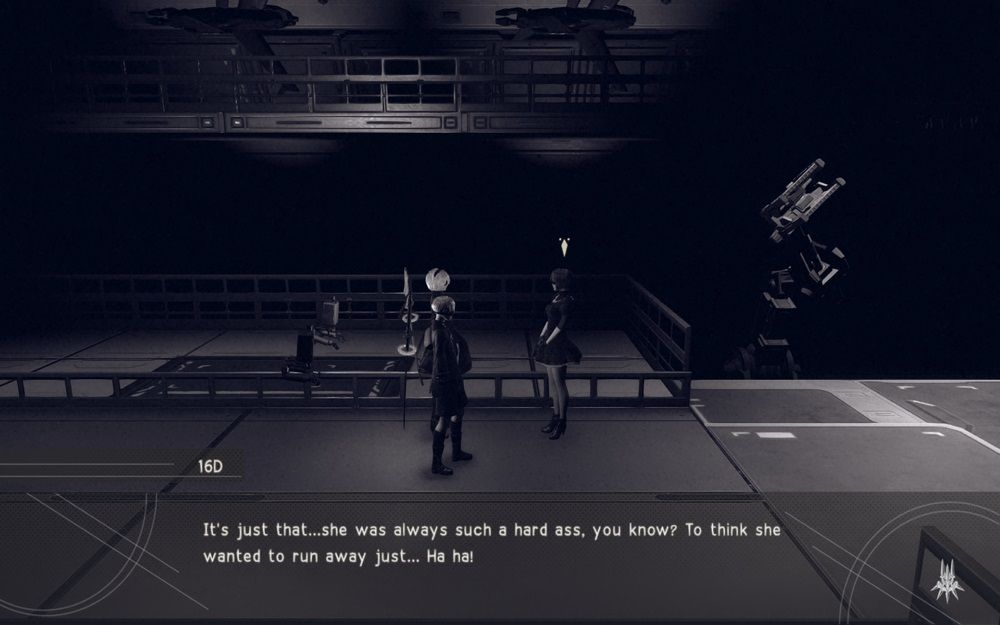 If you tell 16D that 11B was planning to desert, 16D seems rather callous and recalls how strict 11B had been on her and mocks 11B for running away. Strangely, she seems happy by your answer, but in a rather unsettling way.

If You Keep the Truth to Yourself… 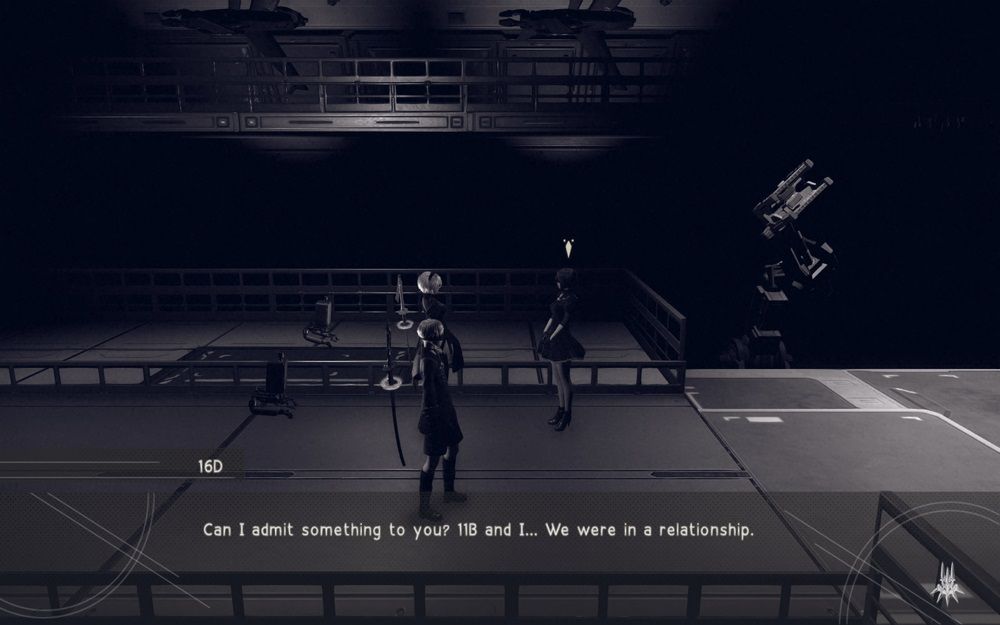 If you keep the truth to yourself, 16D will admit to you that she was in a relationship with 11B and that she now plans to convert to a combat model in order to avenge 11B’s death.

This is definitely one of those quests where neither result seems like the “good ending”, so pick whichever one you feel is right. 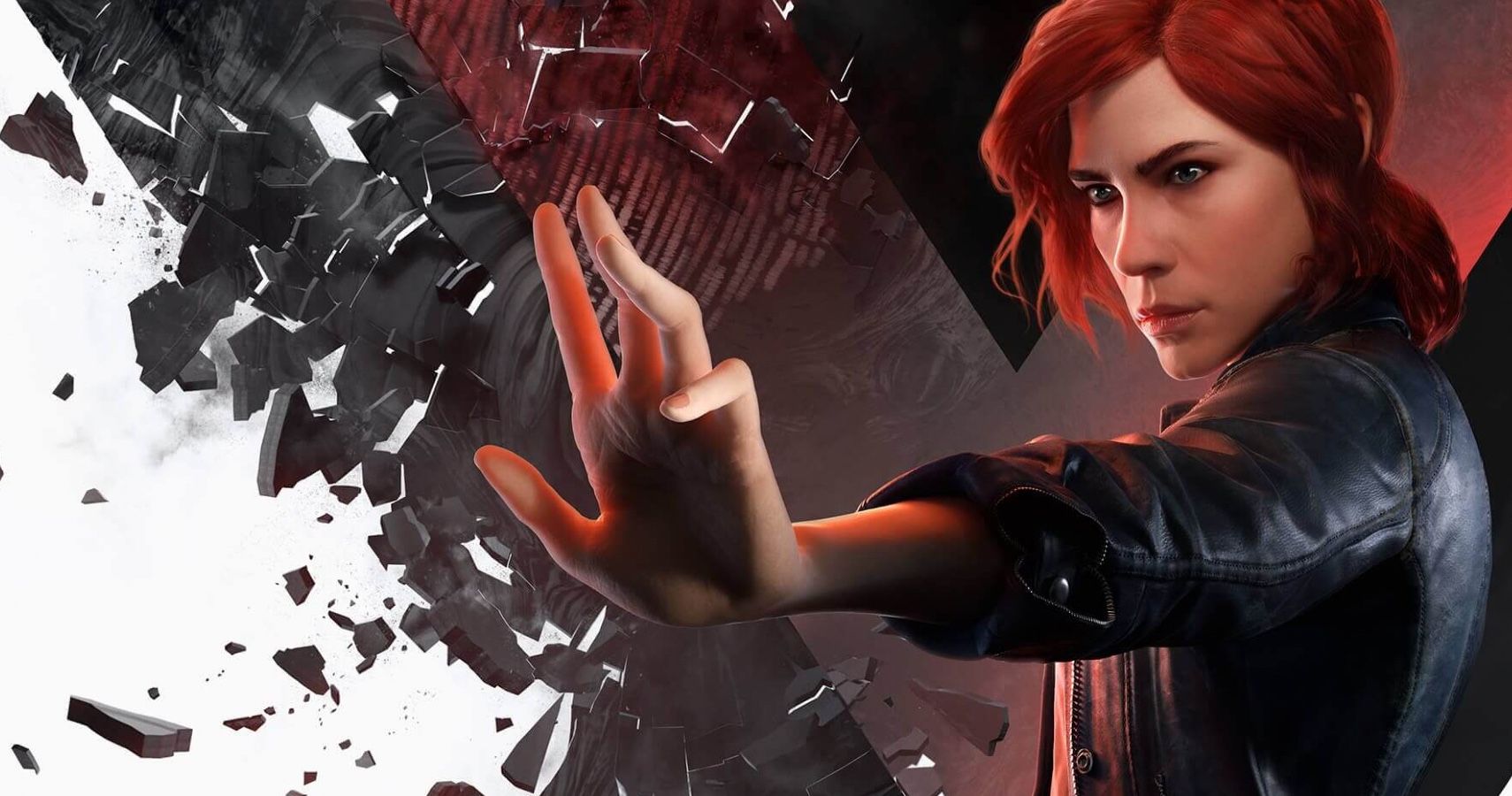