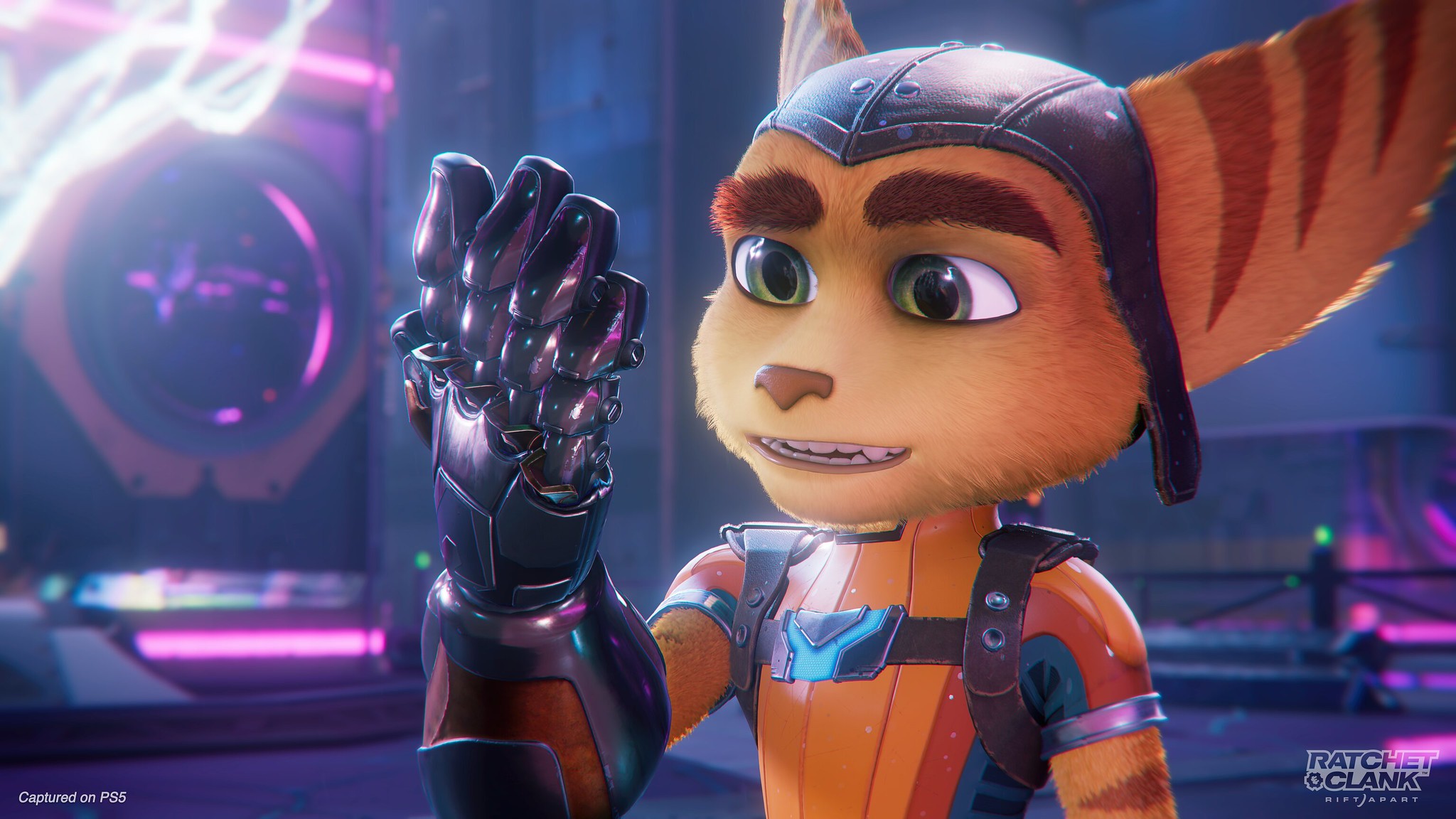 15 minutes of new Ratchet & Clank: Rift Apart gameplay shows off what may be the best looking game on PS5 – or any console.

Following on from this week’s new trailer for Ratchet & Clank: Rift Apart (which finally confirmed the name for its new lady Lombax heroine), Insomniac and Sony have shared the first proper look at the game since its initial reveal last summer.

From the looks of it, both Ratchet and new character Rivet play identically to each other and are even able to share the same weapon inventory, as well as the new abilities introduced in the game.

In Rift Apart, you’ll be able to parkour along certain walls (in a manner similar to the wall-running in last year’s Crash Bandicoot 4) and dash through the air. Dashes can also be used for platforming and in combat, acting as a means of dodging enemy attacks.

We also get to see more of the new Rift Tether gadget. It was already established that it can be used to traverse through the environment, essentially teleporting Ratchet/Rivet from one location to another.

But during the section with Rivet, she uses it to enter a pocket dimension, which looks to be a self-contained level within another level. While the one shown in the gameplay is mandatory to advance the story, there will be optional ones that can be explored at your discretion.

These inter-dimensional portals can apparently also pop up in the middle of gameplay. During a boss fight, both Ratchet and the boss are sucked through one and end up on another planet entirely. Not only is the transition near instantaneous, but it apparently loads up the whole planet, not just an enclosed arena.

Insomniac teased some other features towards the very end, which include returning arena battles, aerial combat sections, new Clank puzzles, open world locations that can be freely explored, and the Gold Bolts, a series staple.

All in all, while it may only have been about 15 minutes of gameplay, Rift Apart bears all the hallmarks of a classic Ratchet & Clank game and is taking full advantage of the PlayStation 5’s power. Its ability to send you to entirely new locations with minimal loading is possibly one of the best demonstrations of the console’s hardware so far.

It wasn’t the only game to be shown during the presentation, however. Subnautica: Below Zero, a sequel to the 2018 survival game, was announced for PlayStation 4 and 5.

It’s already scheduled to release on May 14 and will have you exploring a new icy planet and its underwater depths, while creating tools and vehicles to help you survive the harsh conditions and dangerous wildlife. More details can be found on the PlayStation Blog.

Finally, Among Us is finally releasing for PlayStation consoles too, meaning the hit indie game will soon be available on every major console, as well as PC and mobile.

Ratchet & Clank: Rift Apart will release for PlayStation 5 on June 11.