Just on the heels of a leak confirming a new Dragon Ball Super movie’s existence, Toei Animation has officially revealed its plans for a new movie coming in 2022.

Dragon Ball Super: Broly launched back in 2018, and details on Toei Animation’s next projects for the series have been slim. However, just last week, Toei Animation’s European branch posted the news early before its official reveal, but quickly took the announcement down. 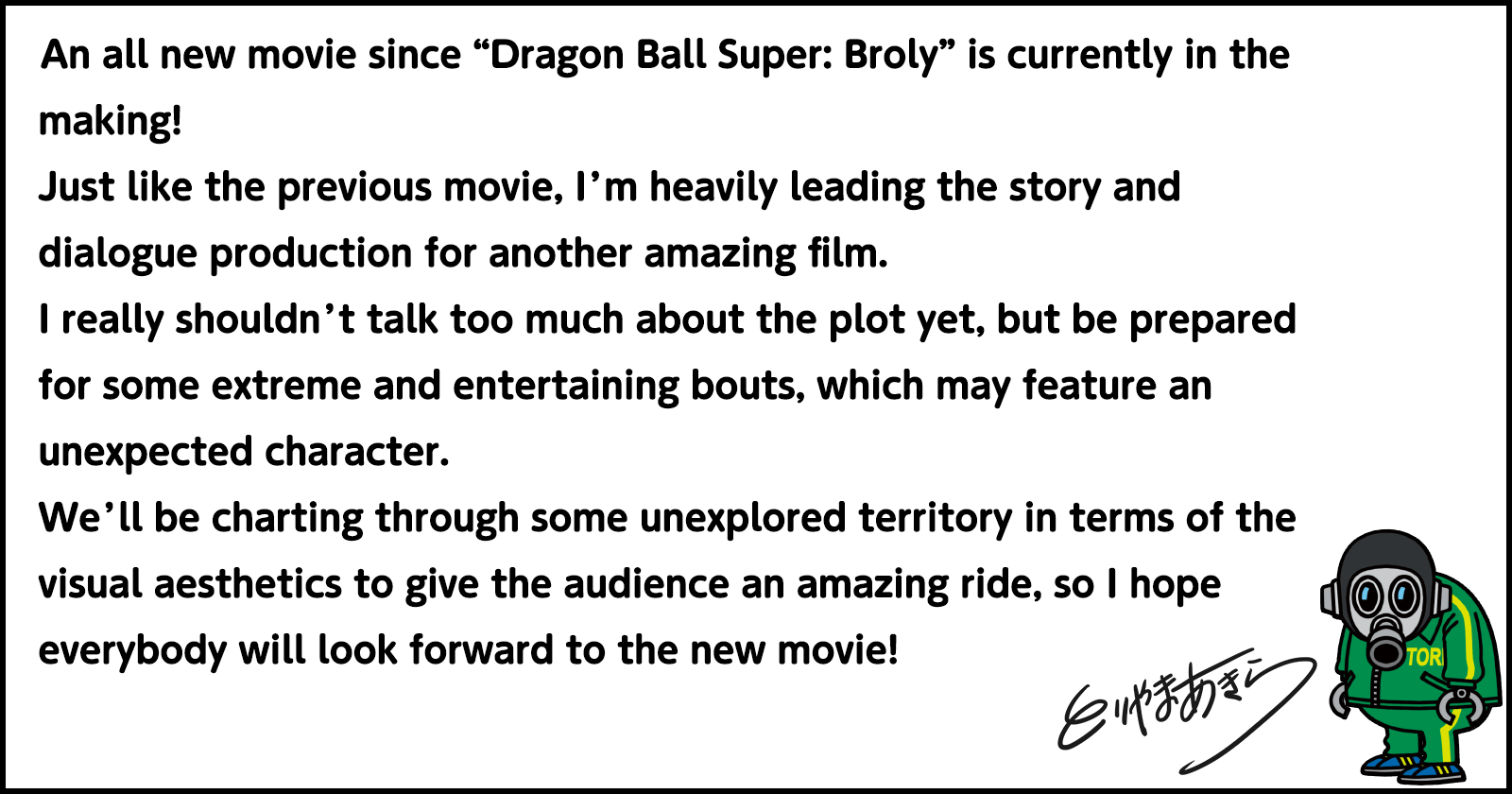 As for more details, there aren’t many. Toei Animation has only confirmed the movie’s theatrical release in Japan for next year, and Toriyama’s lips are sealed for now after confirming his official involvement with the project.

The announcement comes just on the eve of the celebratory Goku Day, an unofficial holiday turned official and now recognized by Toei. While we haven’t seen official movie news in years, Dragon Ball’s gaming titles continue to receive a string of updates.

Recently, Dragon Ball Z Kakarot added its final DLC pack, showing off Future Gohan. And at the beginning of the year, Dragon Ball Super’s Toppo joined Xenoverse 2 as a DLC character via a free update. Prior to both of those, Dragon Ball FighterZ added one of GT’s biggest baddies, Super Baby 2.