Everyone seems to hate Solas. And no one hates him more than the people that love him. Whether he's your enemy or your romantic partner, Solas' betrayal at the end of Dragon Age: Inquisition is pretty brutal. It's not every day someone nicks your arm and runs off to destroy the world.

However, despite literally conspiring to destroy Thedas as we know it, it looks like he's not a total lost cause after all. A new piece of Dragon Age merch refers to the elf as a "redeemer". In fairness, it also calls him a "heretic, a betrayer of clans, or a destroyer", but it suggests that Solas won't have to be our enemy in Dragon Age 4 if we don't want him to be, and isn't beyond saving.

"A heretic, a betrayer of clans, a destroyer, or a redeemer; whatever you want to call Solas, you cannot deny his relentless resolve to bring back all of Elven land to its past glory", reads the description for a new Solas canvas print that's just been added to the BioWare store.

"A companion to the inquisitor, he whispered words of wisdom and his endearing embrace (at least to his female companion). But times have changed and with the events not turning out the way they should have, the humble elf has had to reveal himself as the elven god Fen'Harel, The Dread Wolf." 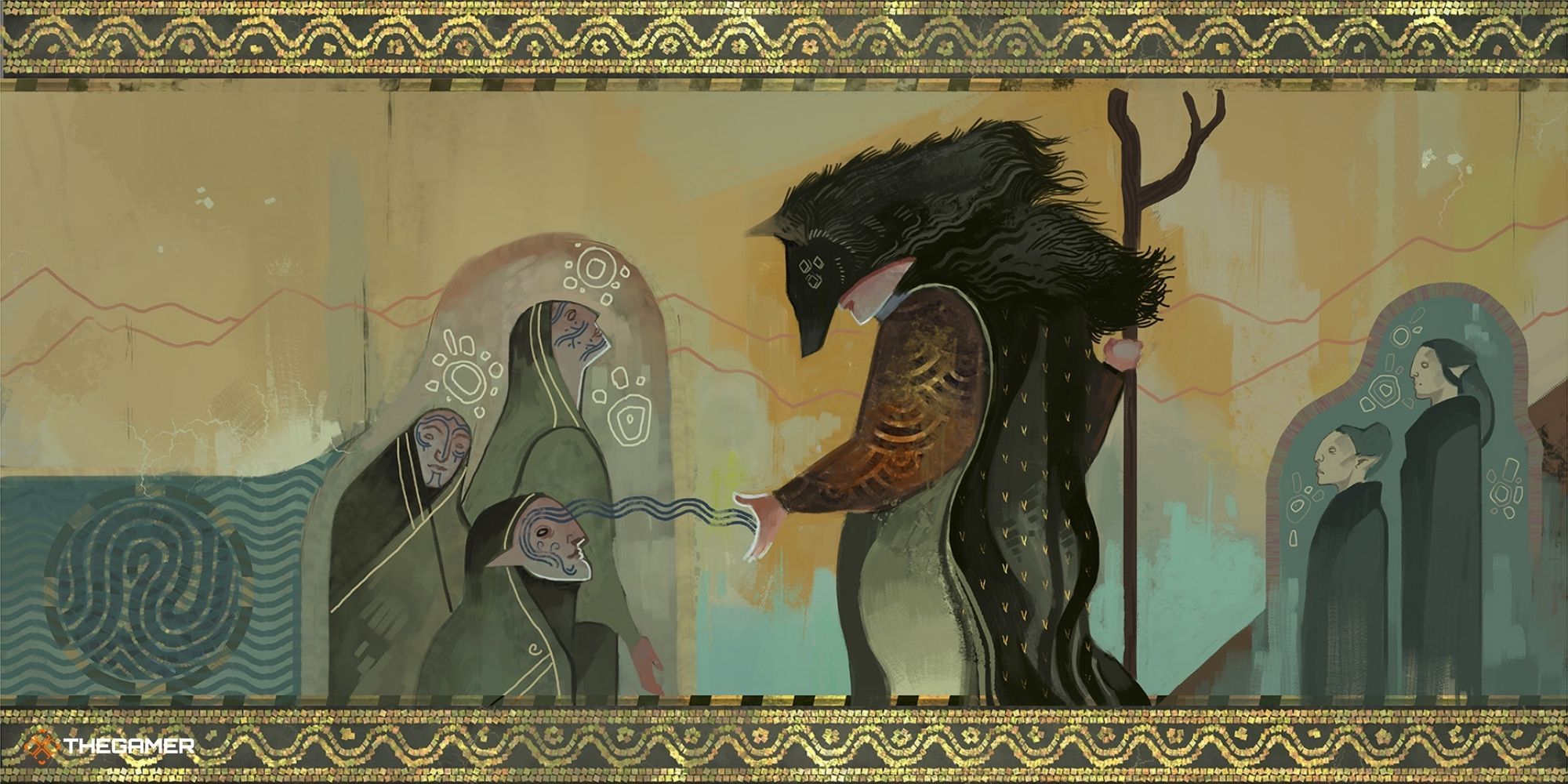 There's a lot of ways to interpret this. The most simple explanation is that he sees himself as a redeemer, and is redeeming the world for its wrongs committed against the elves. However, considering the doesn't really want to redeem those who have wronged the elves, this doesn't seem that likely.

A second theory stems from how "redeemer" is included in the list of names you could give him – a heretic, a betrayer, etc – possibly hinting towards a nuanced role for Solas in Dragon Age 4. He's already featured heavily in the promotional material, but it sounds like we won't have to fight him. Hell, maybe the Inquisitior or the new protagonist will even join him? You'd have to be down pretty bad to do that, though.

Either way, the Solas simps among you can pick up the new print for $85. There's been a whole lot a new merch added to the store recently too, so it's looking likely that we'll get a new Dragon Age 4 trailer soon.