You are here:
Home / Neon White – Every Episode 2: Killer Inside Gift Location

With the second episode of Neon White, we are treated to another batch of levels containing fiendishly concealed gifts. In this set of stages, you will obtain a new ability: the God Speed dash. You will be discarding sniper rifles to access this dash frequently. Suddenly, you will have access to buildings and platforms that seem impossibly far away.

But, of course, as your repertoire of abilities grows, so does the game’s sadistic concealment of gifts. Some of these gifts are hidden under surfaces that you would only ever see if you were in the process of falling to your death. Thankfully, we have located every last one and are happy to report their locations back to you. 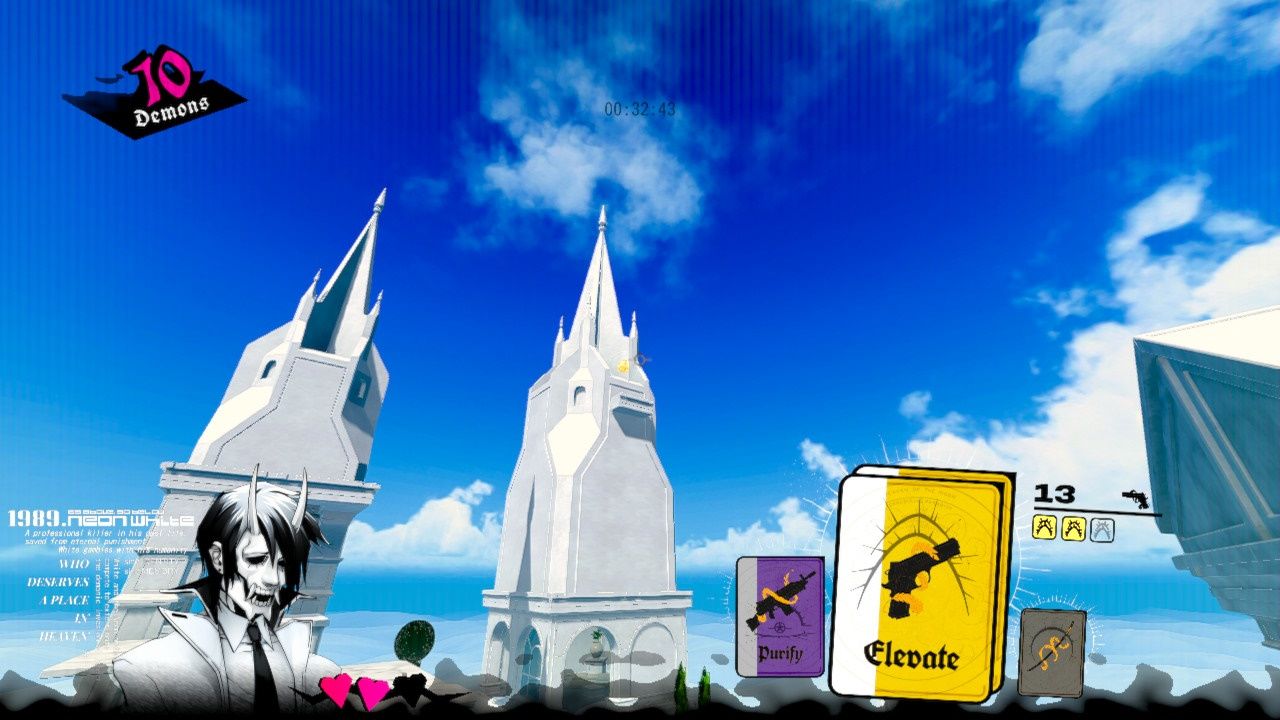 Complete the stage as you typically would (you can take the shortcut if you like). Then, once you hit the section where you take out two yellow demons, acquiring two handguns in the process, do not continue toward the stretch of balloon demons. Instead, turn around, and you will see a gift sitting on the ledge of a tower to your left. 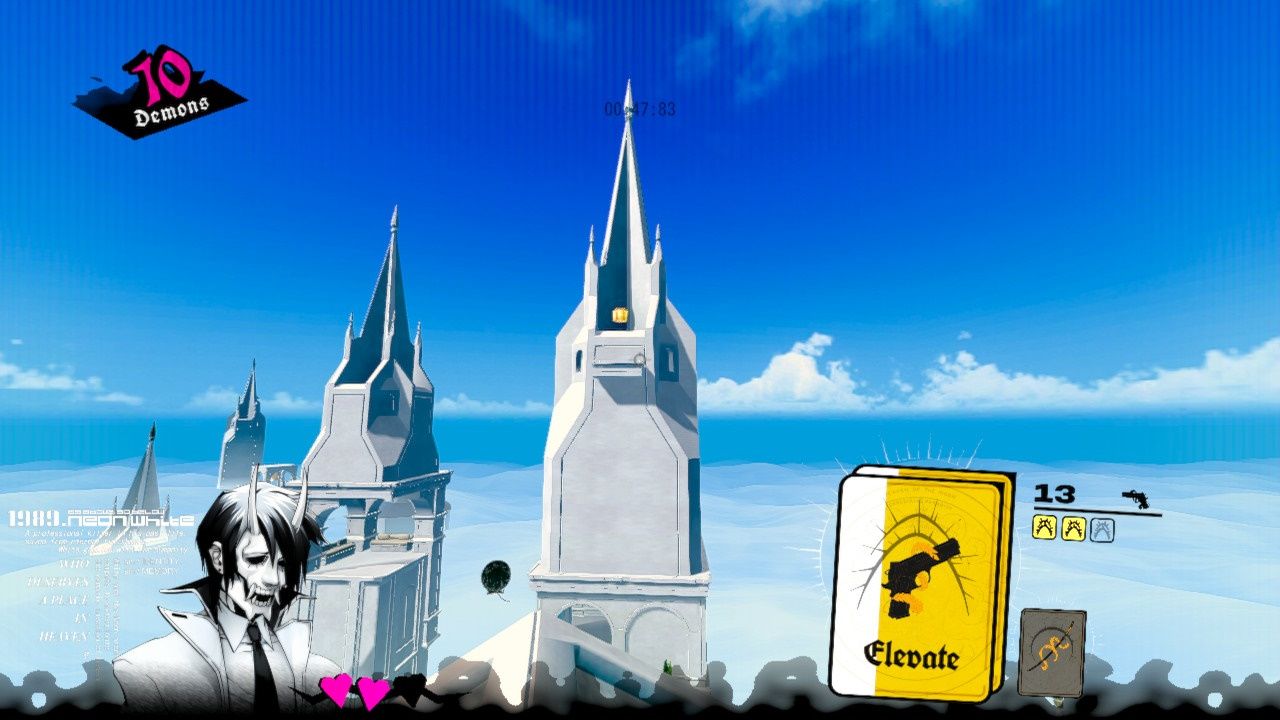 The first thing you will need to do is hop over to the roof of the nearby building. Discard one of your pistols to double jump over. Then, from that roof, perform a bomb jump and discard your final handgun to double jump to the present. Presto, you have now claimed the Six Pack. 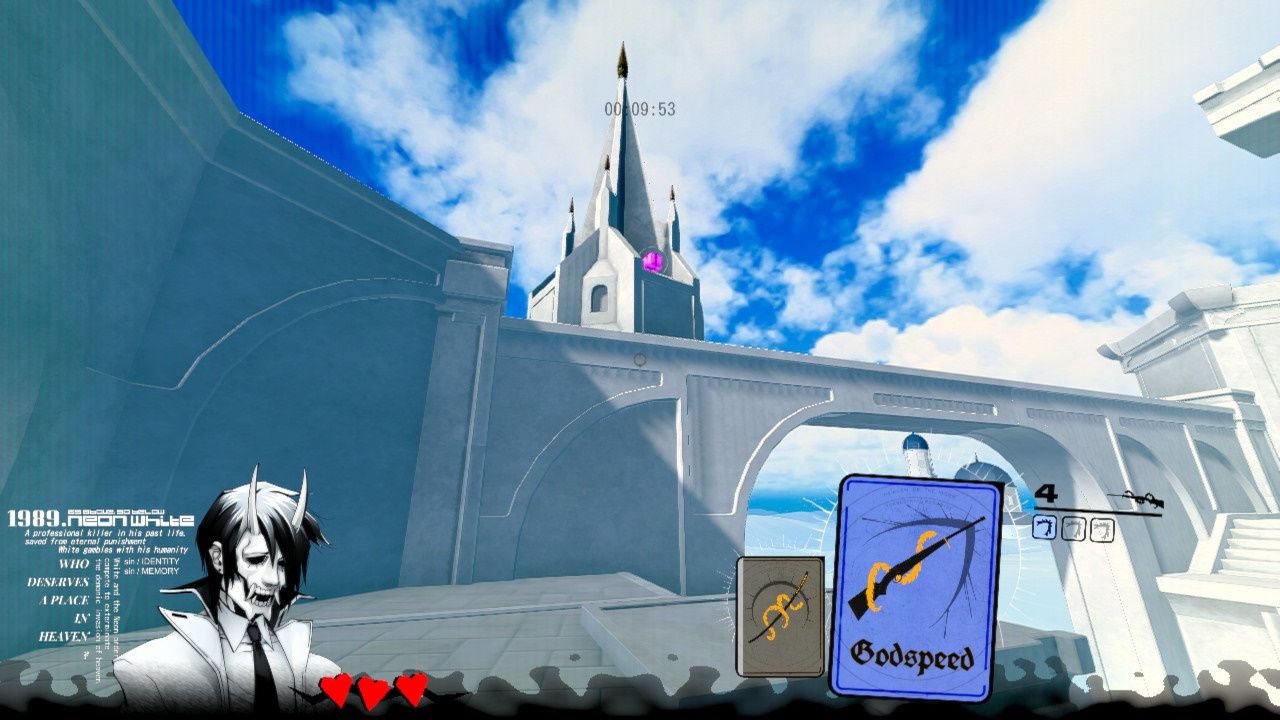 After you have broken through the wall in this stage, and cleared your second gap, this present will be sitting on the ledge of the tower to your left. You will need one sniper rifle card to reach this present. From here, you are going to want to scale the wall and climb the surrounding buildings. 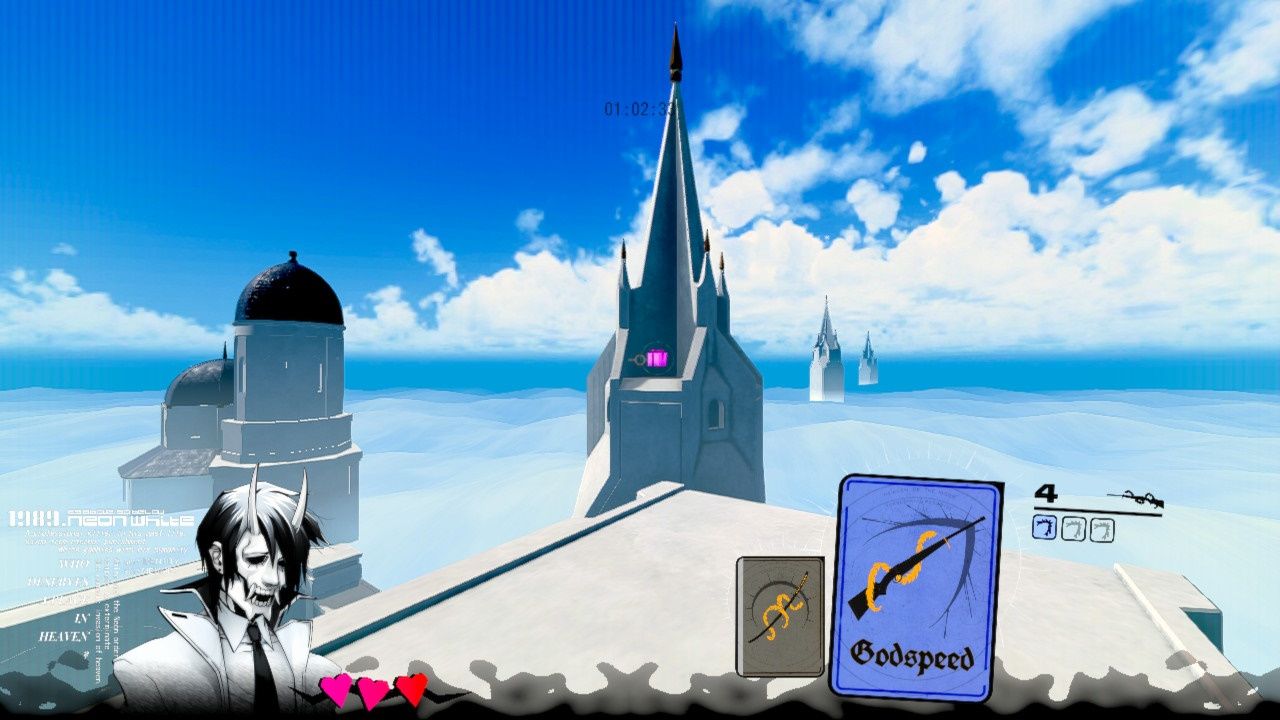 Eventually, after having scaled the roofs of the surrounding buildings, you will make your way to a tall tower. Jump toward the present in the distance (you will need a little extra height) and use the sniper rifle's discard ability to dash across the gap. With this, you will easily claim the Tattletail Toy. 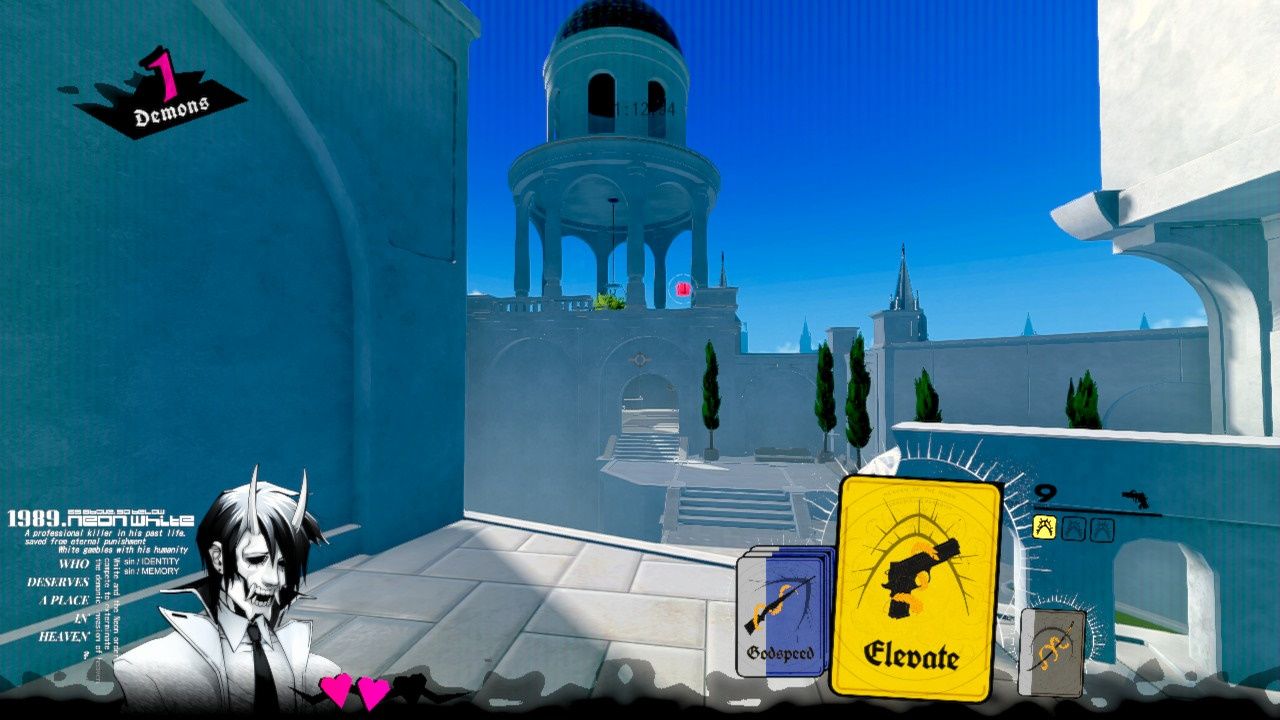 At the beginning of this stage, you will encounter a blue demon, two lower demons, and lastly, a second blue demon. From the spot where you defeat the second blue demon, you will be able to see a red gift in the distance. You will need one pistol card and two sniper rifle cards to acquire this present. 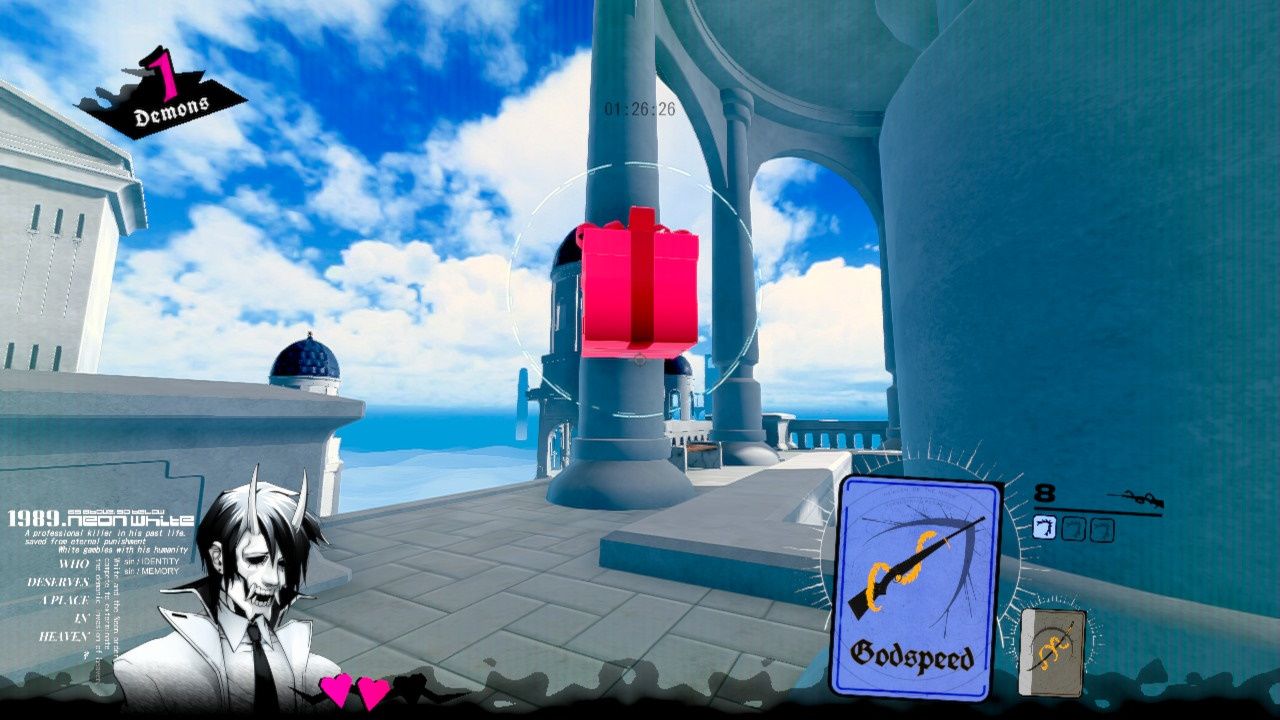 Now, switch to your handgun, jump toward the distant present, use the discard ability to get the double jump, and proceed to use your sniper rifle’s ability to dash forward twice. With that, you should now have your clammy hands on the Perfume gift. 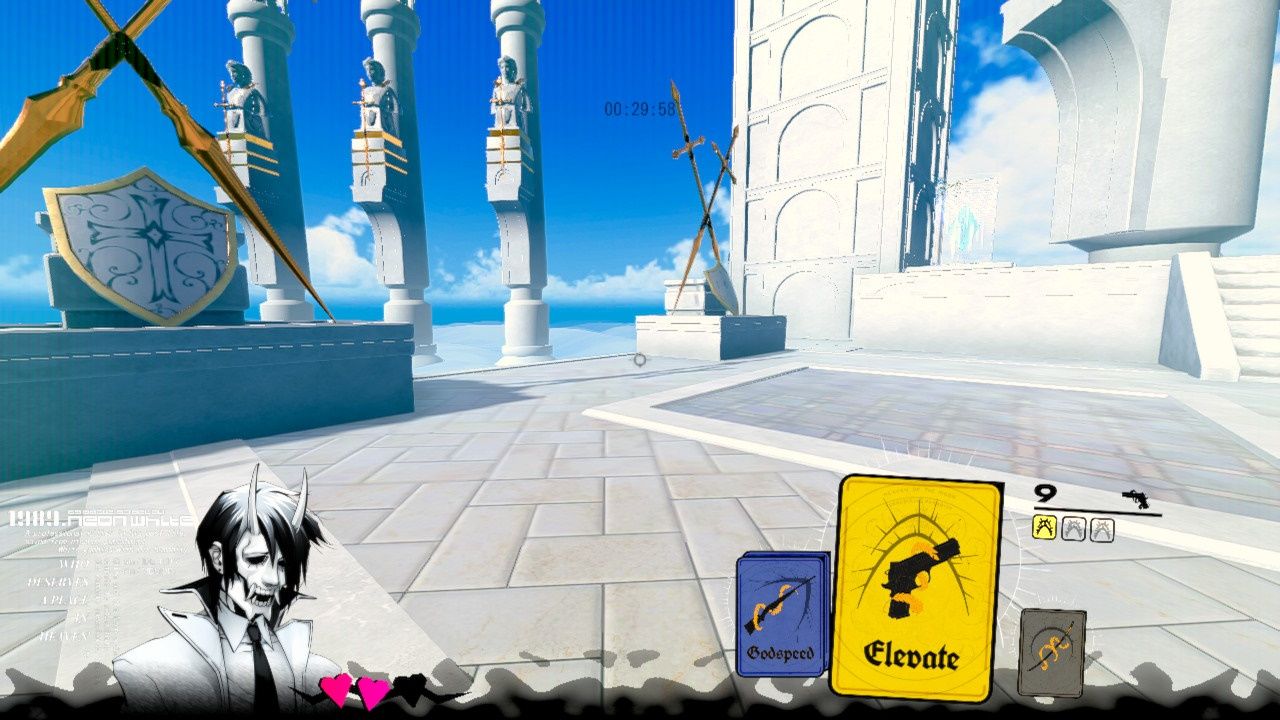 This is a super tricky one. Basically, just complete the entire level. Once you are in the final area, right where the level’s exit is, you are going to want to drop over the edge. You will need to have a handgun card as well as two sniper rifle cards. Thankfully, there are multiple blue demons and a yellow demon right in the final section, so they will drop everything you need. 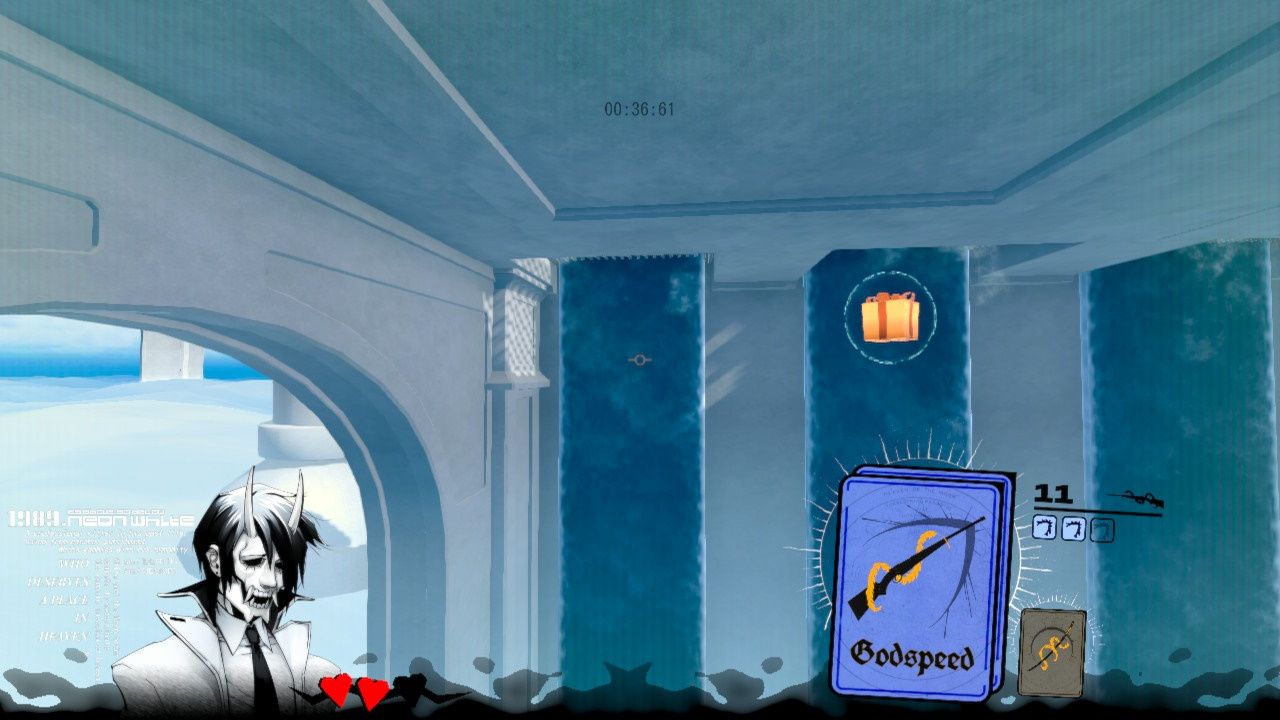 Switch to the handgun, jump over the edge, and once you have dropped below the platform, use a double jump to get some height. Now, use the sniper rifle discard abilities to lunge toward the gift. You should grab hold of the Cigars with (relative) ease. 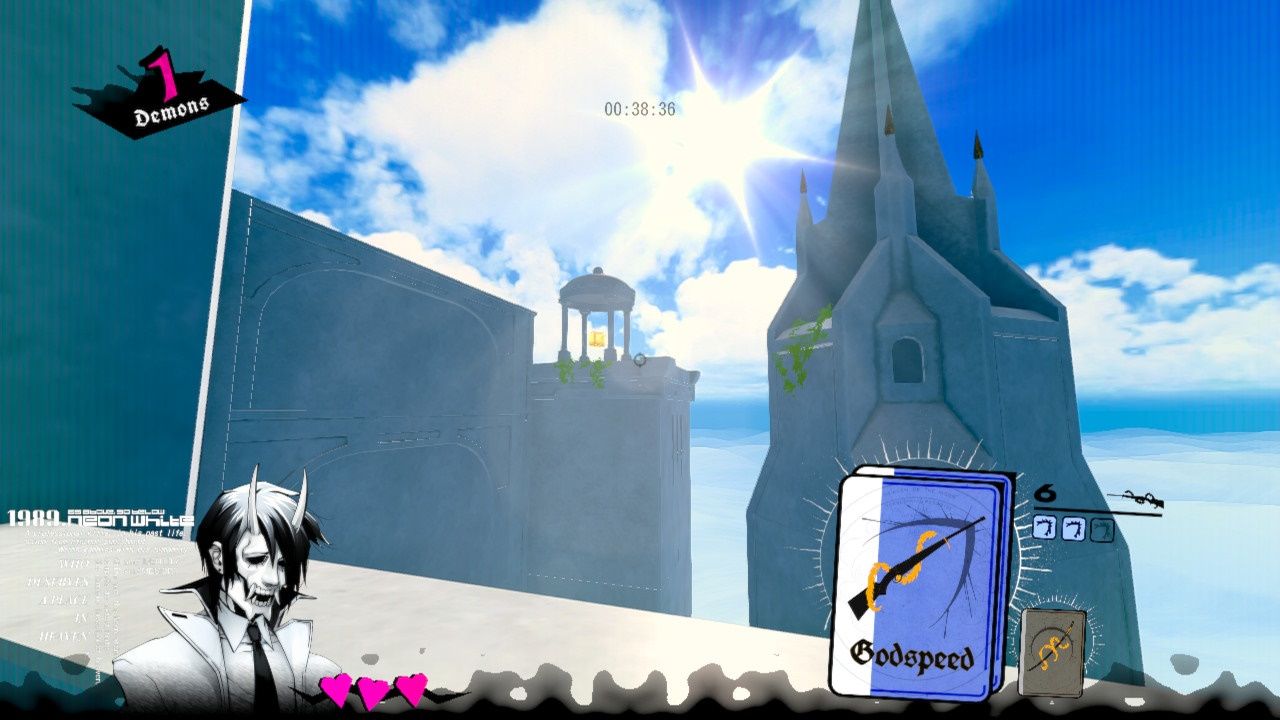 Complete the stage as you normally would. However, once you reach the section with the blue demon on the ledge, don’t dash through them. Instead, shoot them, double jump up (by discarding your handgun) and get onto that ledge. From here you will be able to see the present in the distance. 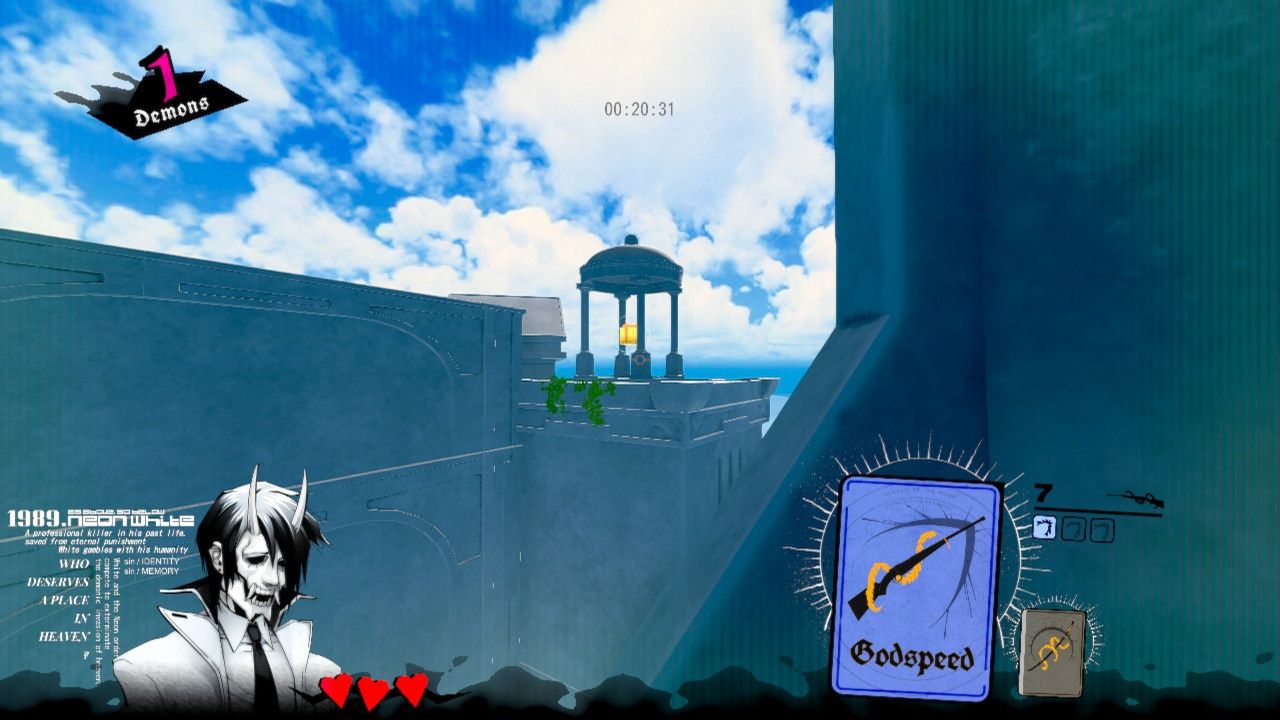 You will want to first get to the tower in between the ledge and the present. You can make this jump without the sniper rifle discard dash, but if you have two sniper rifles it is certainly a lot easier to make it across the gap by discarding one of them. Once you have reached the building in between, jump toward the gift and discard a sniper rifle to dash across the gap. 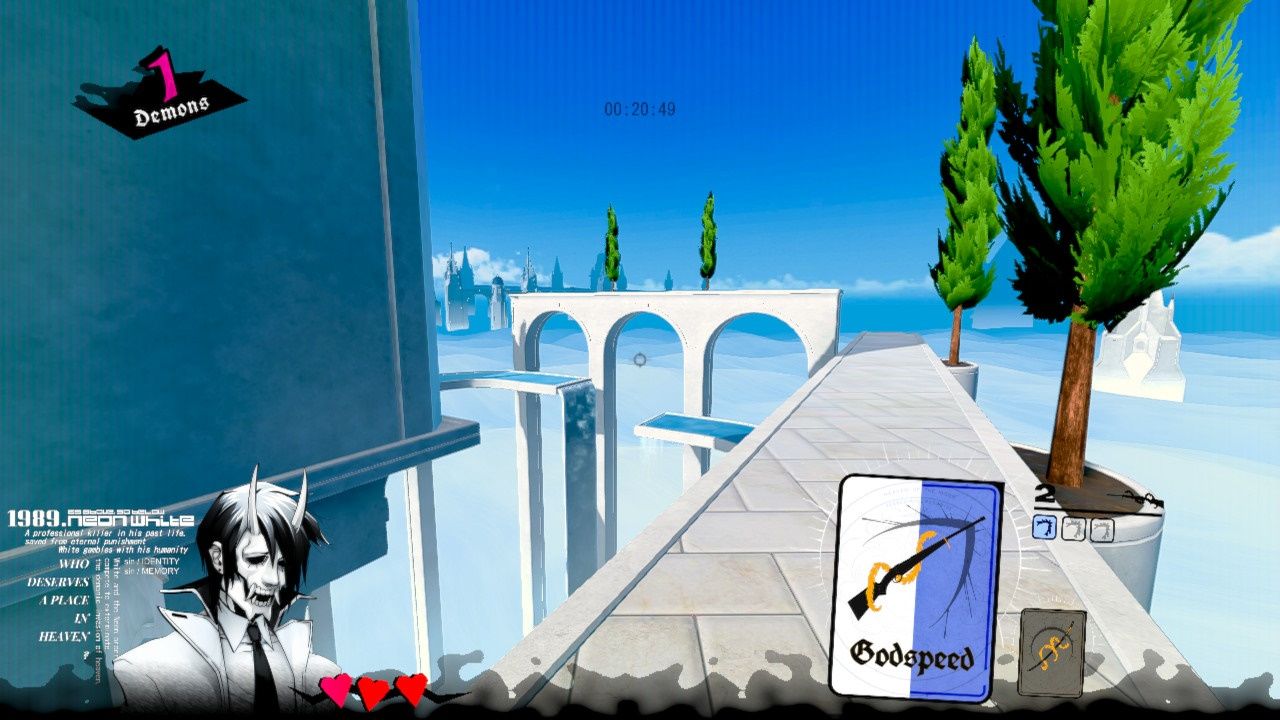 At the end of the stage you will encounter two yellow demons. There is also a vending machine nearby. Take out the demons, and grab the handgun from the vending machine. Now, complete the stage as you normally would until you get to the stage’s exit. At this point, you should have one sniper rifle and two handguns. Walk past the exit, and you should see a series of bridges that circle the building you are standing next to. 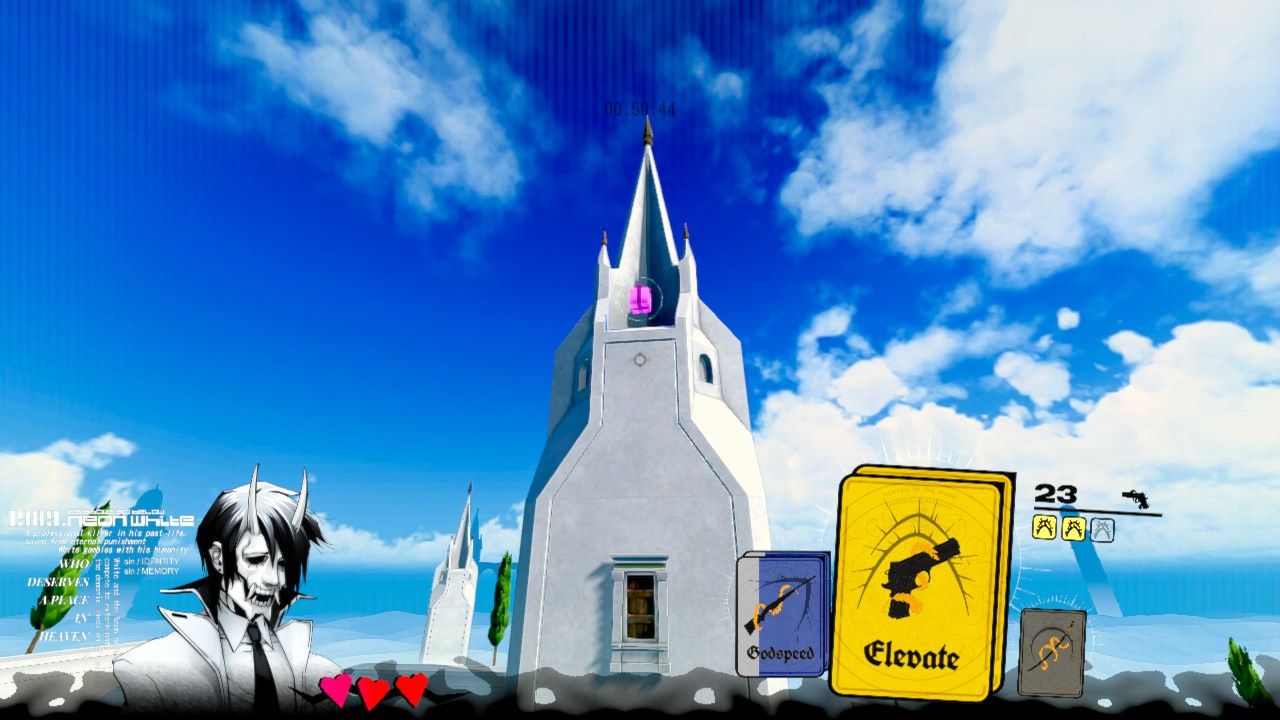 Hop from bridge to bridge (do not use any of your discard abilities) until you are overlooking the stage’s exit. If you look up you will see this stage’s gift. Jump toward it and use both handgun discards to get enough height so that you are lined up with it. Once you are lined up, use the sniper rifle dash to claim the Tattletail Toy. 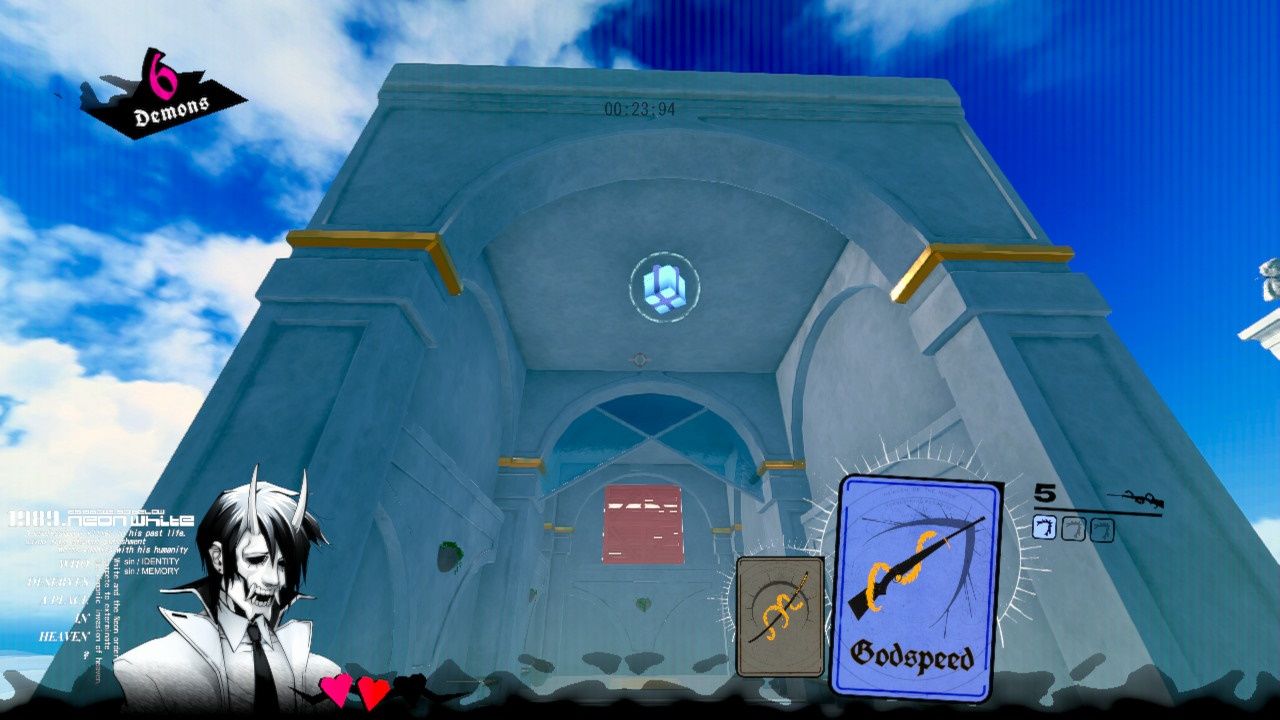 The gift here is hovering below the ceiling in the building with the barricaded red door. In order to get it, you are going to want to go around to the back, jump on the balloon demon, and use your sniper rifle’s discard ability to dash into it when you are at the apex of your jump. This can be done with one sniper rifle, but it is even easier if you have two (so just avoid dashing through the first blue demon in this stage). Do this and you will acquire the Cat Statue. 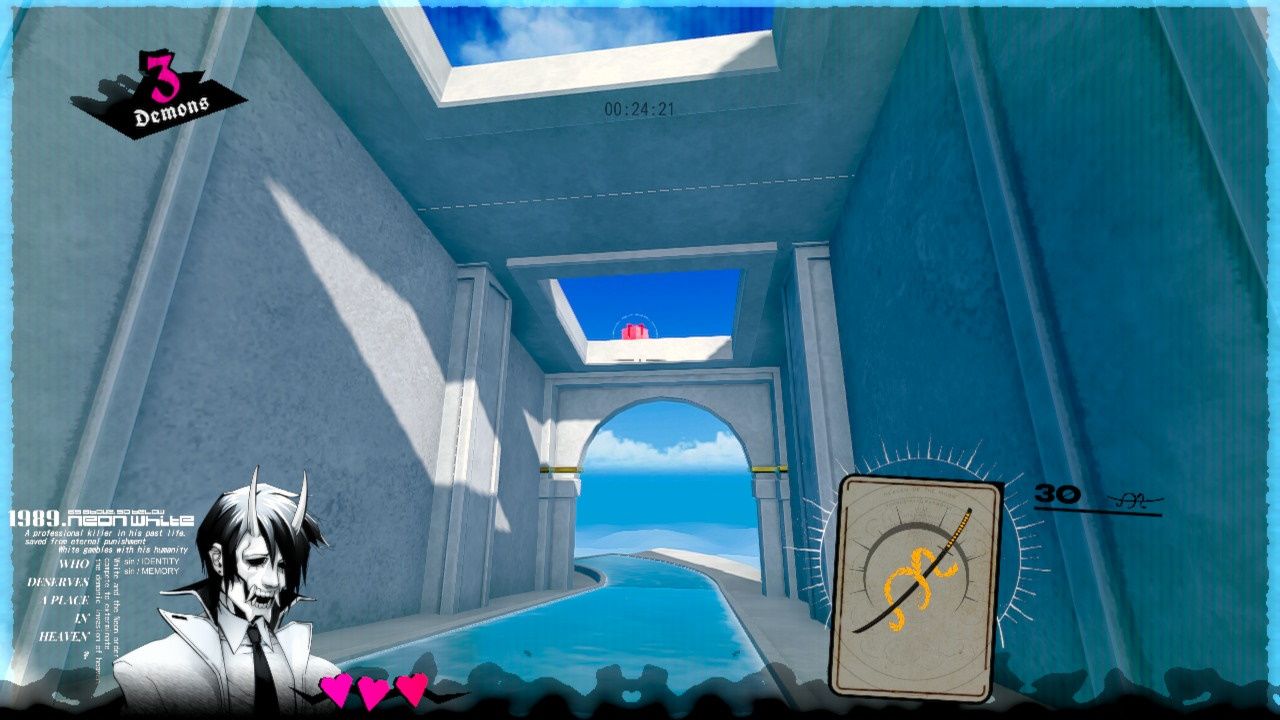 Complete the stage as you typically would. However, during the final section of balloon demon platforming that would typically lead you to the level’s exit, bounce off of the second balloon demon and use them to get on top of the roof of the tunnel you just came from. The perfume gift is up here. 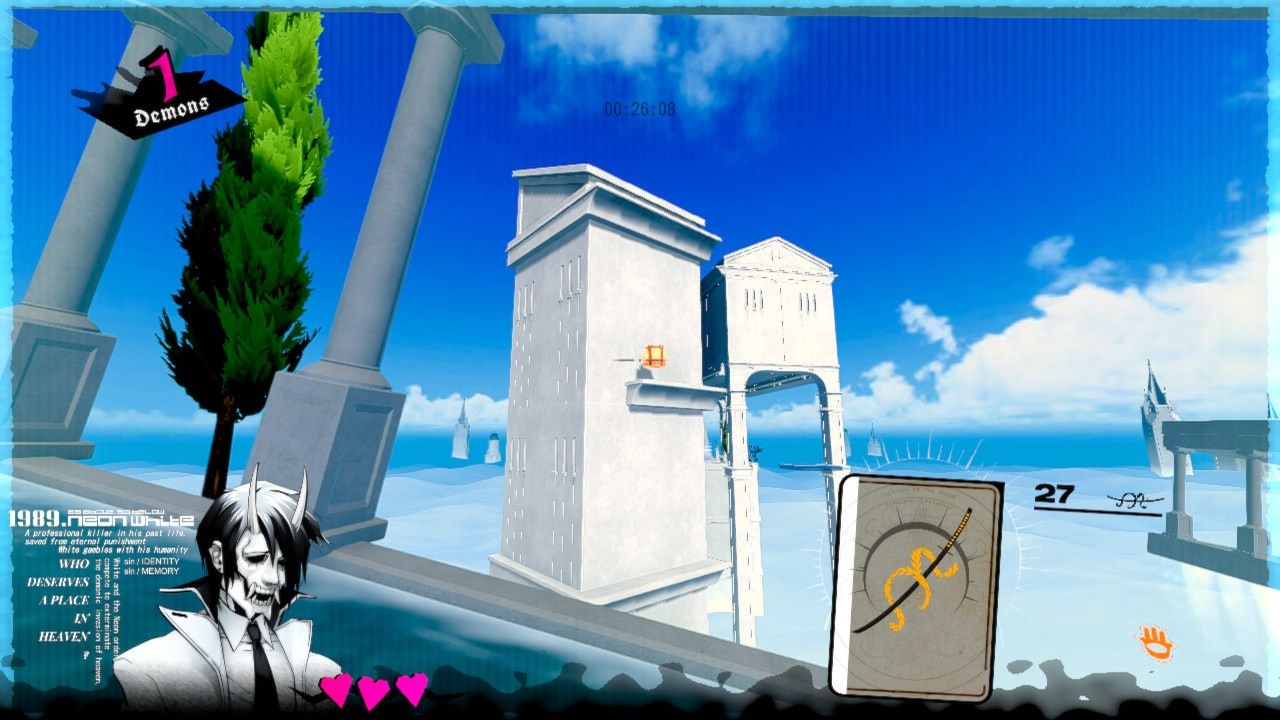 This is a quick and easy one. During the final stretch (when the exit is in sight), there will be a tower to your left. The gift is sitting on a ledge on that tower. Simply go to the beginning of the river track that takes you around said tower, jump toward the gift, and discard your sniper rifle to dash across the gap. You will now be a proud owner of a box of cigars. 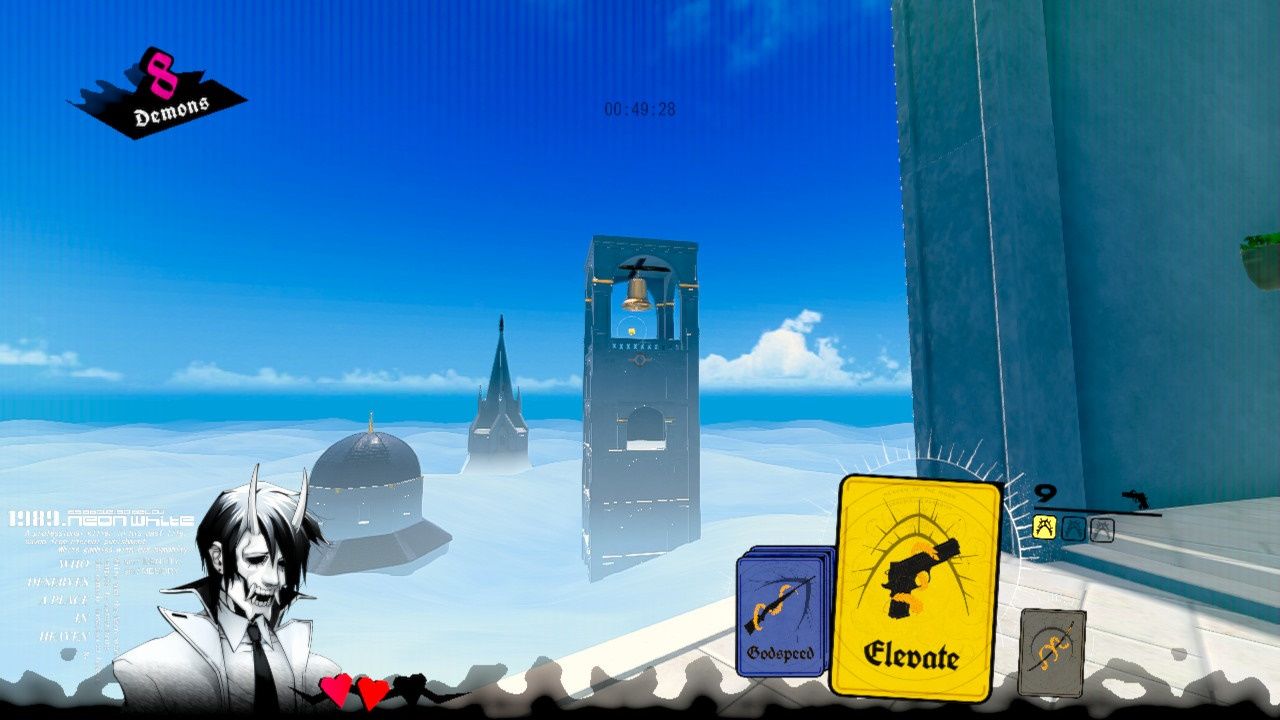 Right at the beginning of the stage, you will be able to see the gift on your right. However, it is in a bell tower far off in the distance. So, proceed through the stage until you reach the yellow demon at the end of the watery path. When possible, shoot enemies instead of using discard abilities along the way. 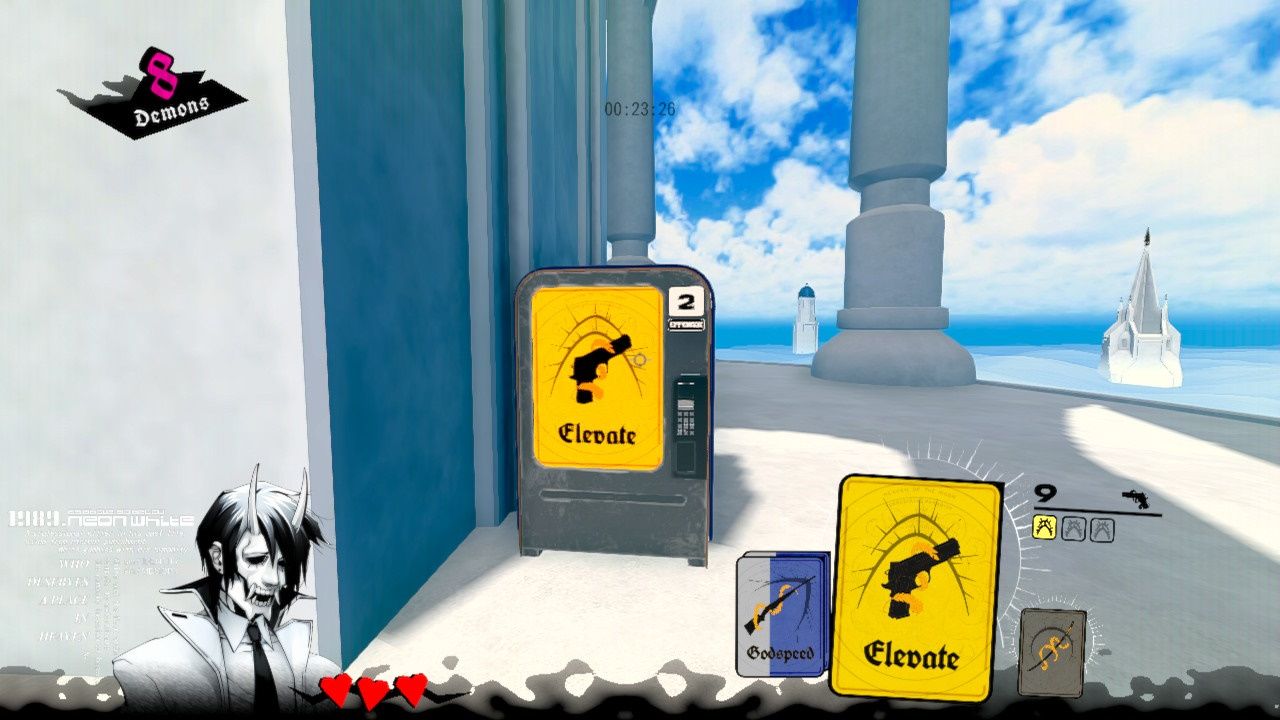 Once you take out that yellow demon, walk straight ahead. You will drop down into an area with a vending machine that will give you two handgun cards (this isn’t a mandatory step, but it gets you an extra double jump which can be useful). 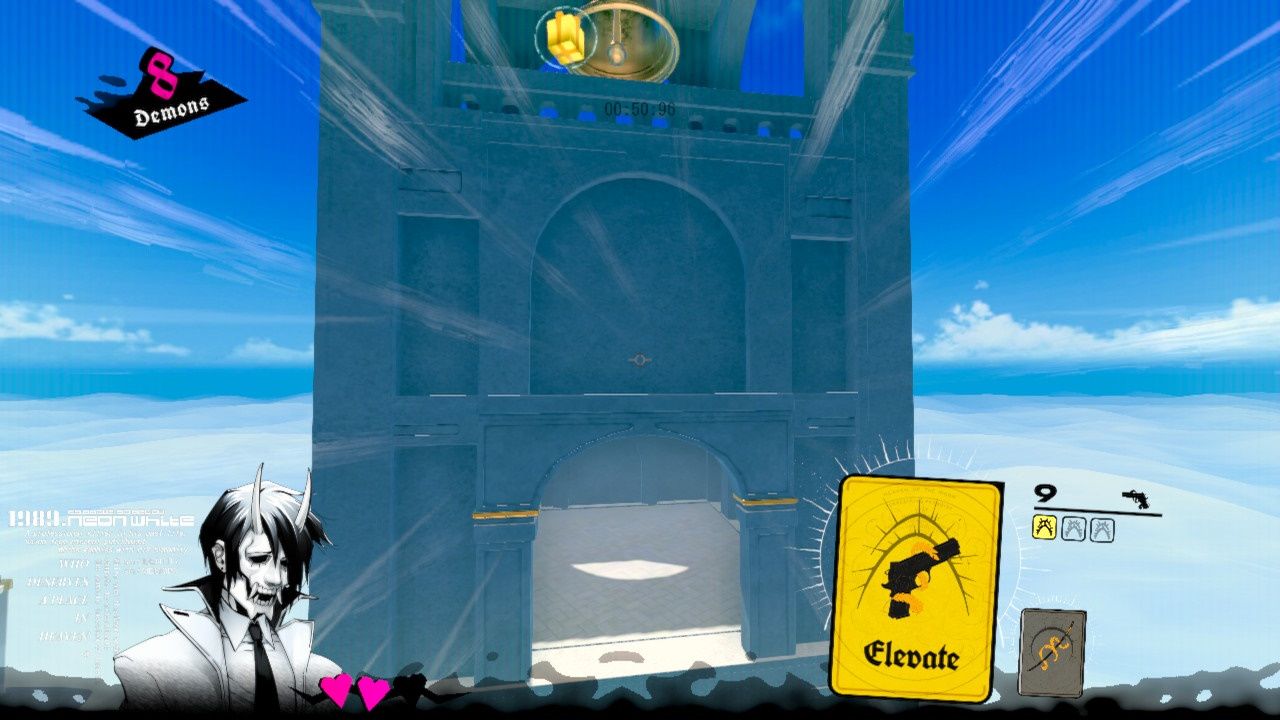 Now, head back to the beginning of the stage (or at least as close to it as you can get). Aim yourself at that distant bell tower and switch to your sniper rifle (you should have three of them). Jump toward the tower and use the discard ability on your sniper rifle to dash across the gap. Now, discard a handgun card to double jump up to the stairs. Climb the stairs and you will claim the Perfume.