Rebounding, playing defense, and dribbling are all essential skills that are, more or less, required to succeed in the NBA. But above all else, knowing how to shoot with high efficiency will separate you from the rest of the pack. Developer Visual Concepts adjusted the shooting mechanics in NBA 2K23, which might make shooting more difficult.

Unless your player is a center, you will want to invest heavily in your jump shoot. Even if you want to settle for mid-range jumpers like cover athlete Devin Booker instead of three-pointers, you’ll still need to equip the proper Shooting badges. Equipping and upgrading these badges will soon take you from shooting like Reggie Jackson to Stephen Curry in NBA 2K23. 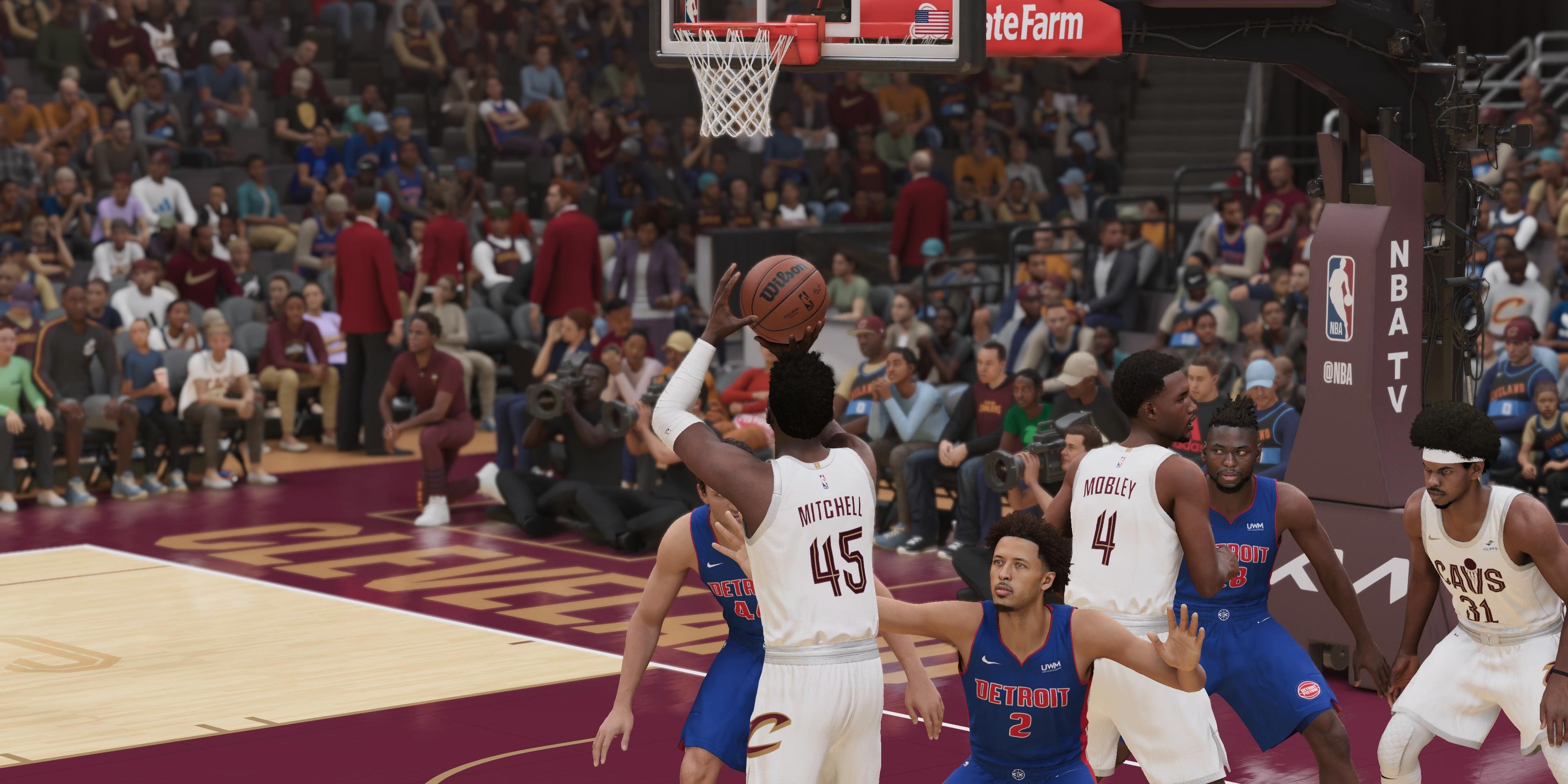 Running up and down the court, setting screens, performing dribble moves, and shooting the ball takes a lot of energy. You can’t spam sprint throughout the entire game because you will feel the consequences in the second half. And that’s why you need the Amped badge.

Equipping Amped will improve your ability to knock down shots despite your fatigue level. You’ll notice when you try to shoot while fatigued, the shot meter will be considerably slower, sluggish, and nearly impossible to achieve an excellent release. So when you’re gasping for air, and your legs are tired in crutch time, it’ll be wise to have Amped to have your back. 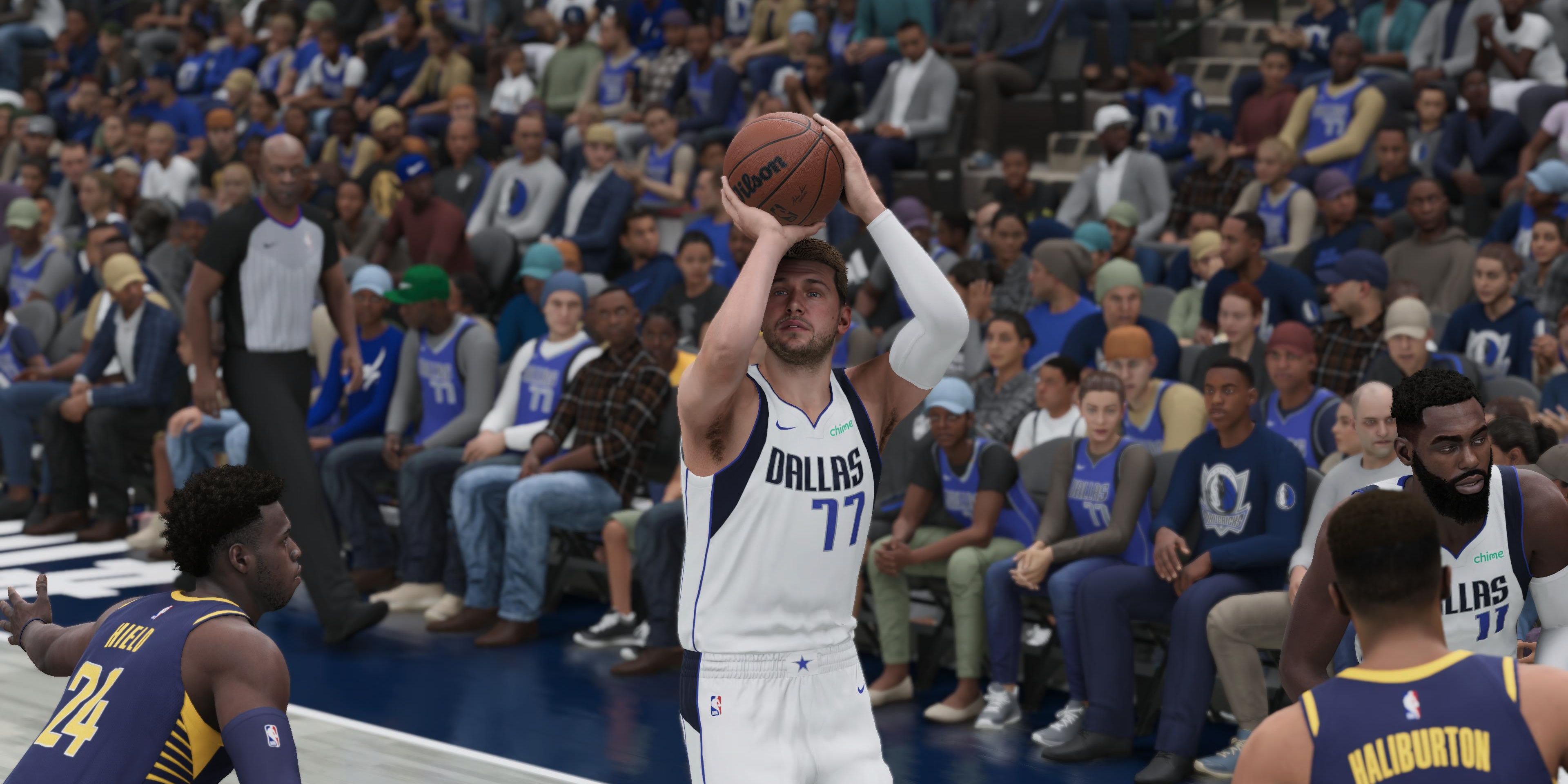 When a game is under five minutes remaining, and the scoring margin is within five points, it’s officially clutch time. Some players tend to tense up in these moments, as every little mistake is magnified. Other players, especially the ones with the Clutch Shooter badge, relish these high-pressured moments and almost always rise to the occasion.

Clutch Shooter will boost your overall shot-making skills during clutch moments. This badge is valuable because it doesn’t restrict the improvement bonus to one specific type of offense, like three-pointers or layups. A lot can happen during the closing minutes of a game, especially when the score is close, so don’t take any chances by not having the Clutch Shooter badge. 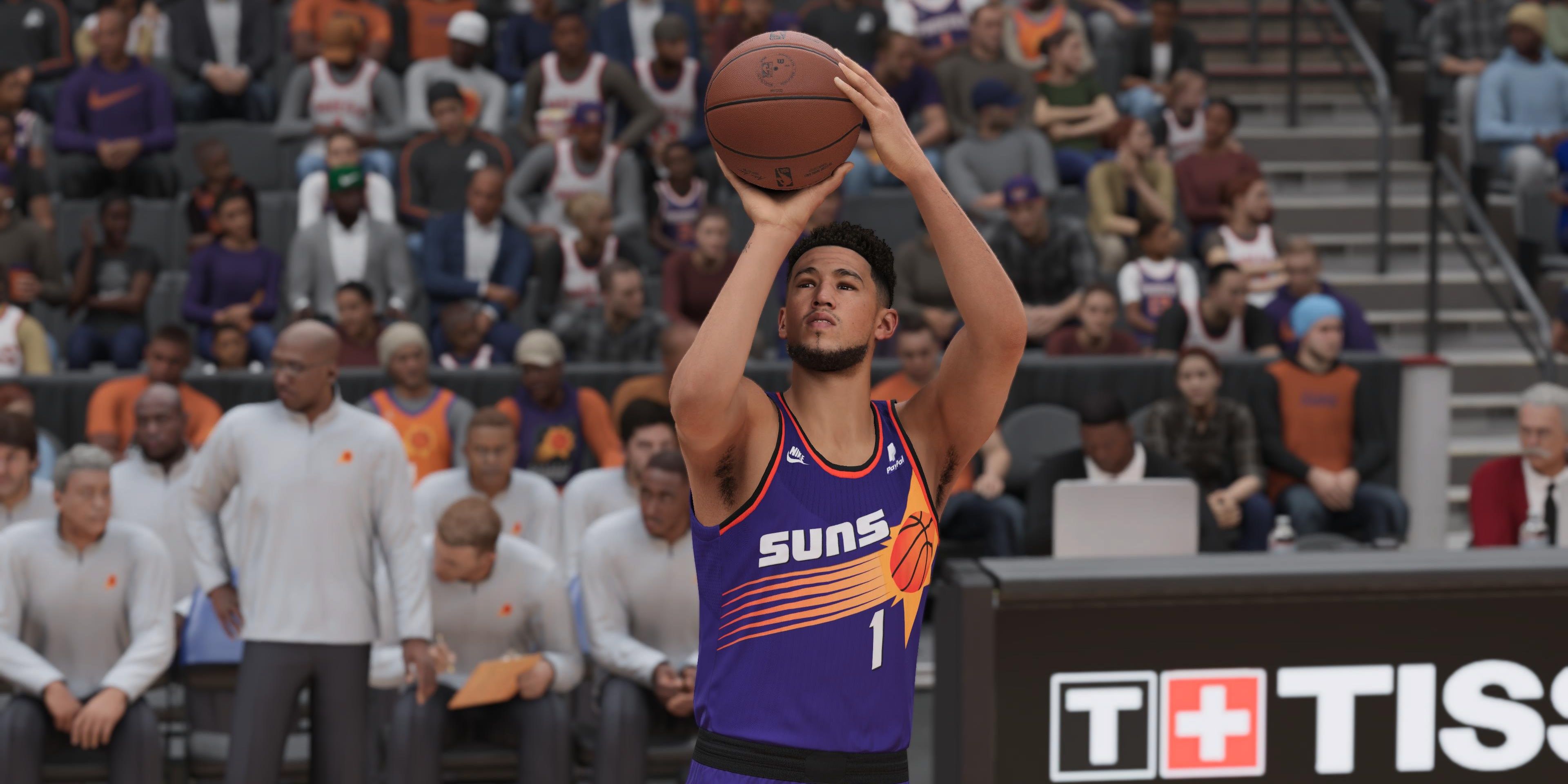 In the modern NBA, shooting three-pointers is crucial for a team’s success. More and more players are developing an outside shot to spread out defenses and trying to run up the scoreboard. However, that doesn’t mean the mid-range shot has gone extinct. Two seasons ago, Devin Booker and Chris Paul almost exclusively shot from the mid-range area and carried the Phoenix Suns to the NBA Finals that way.

You can be like Paul and Booker with the Middy Magician badge. Whether it’s a fadeaway, spot-up, or moving jump shot from mid-range, this badge will boost their effectiveness. Mid-range shots are most effective when setting screens, and instead of rolling to the basket, you can pull up for a quick shot. 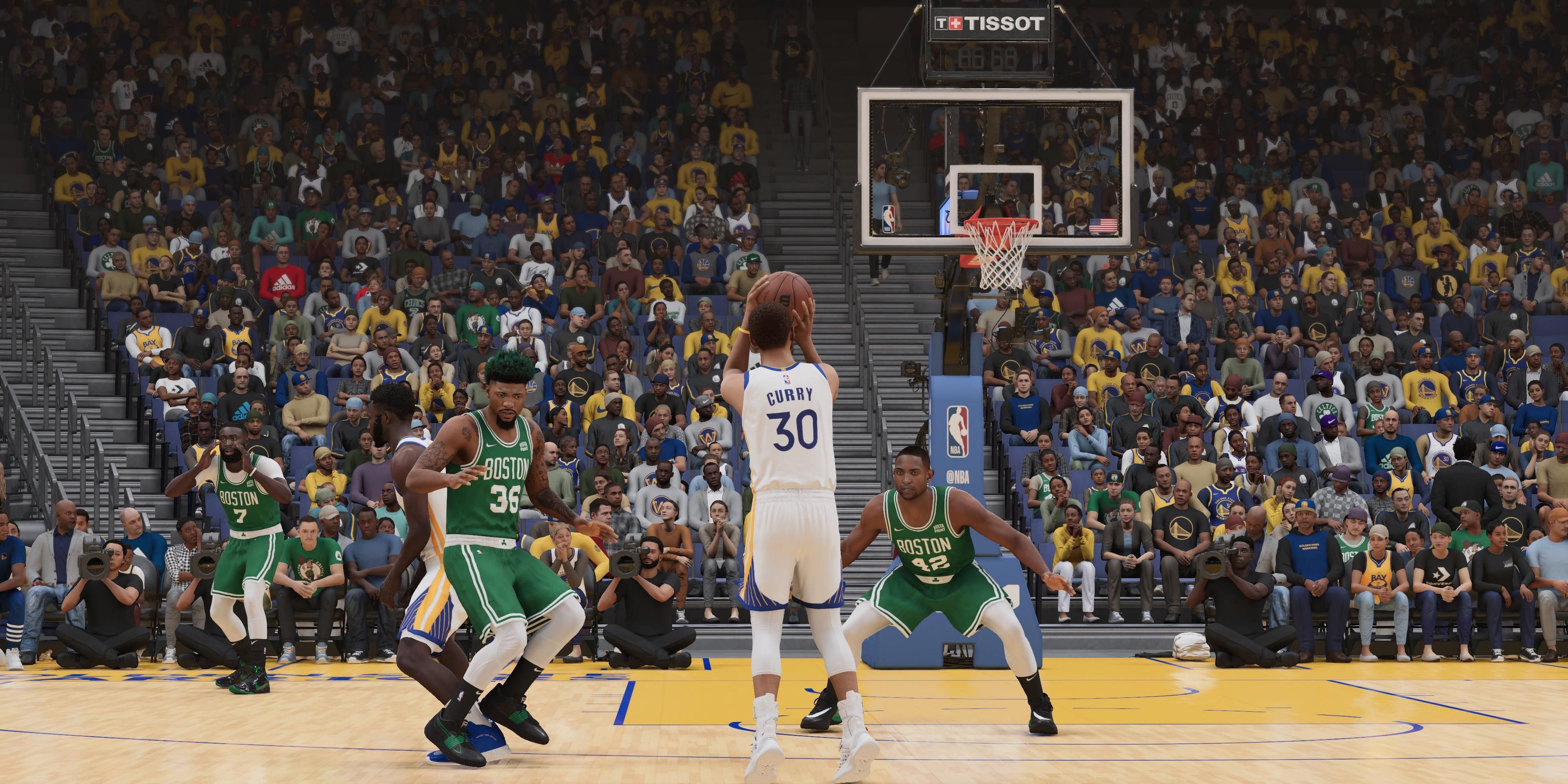 Three-point shooting has quickly engulfed the league, as several players aim to develop an effective outside jump shot above anything else. Making it rain from downtown is the flashy jump shot, equivalent to dunking the ball instead of a layup. Younger players are idolizing Stephen Curry’s ability to make shots as far away as the center logo, and soon, you can too with the Limitless Range badge.

Achieving an excellent release from a normal three-point range should always find its way into the hoop, but once you start taking a few steps back, even an excellent release doesn’t guarantee anything. Limitless Range extends that three-point range for players, so they’re more capable of nailing shots from deep. Unless you’re a post-dominant center, this is a badge that you’ll want to equip. 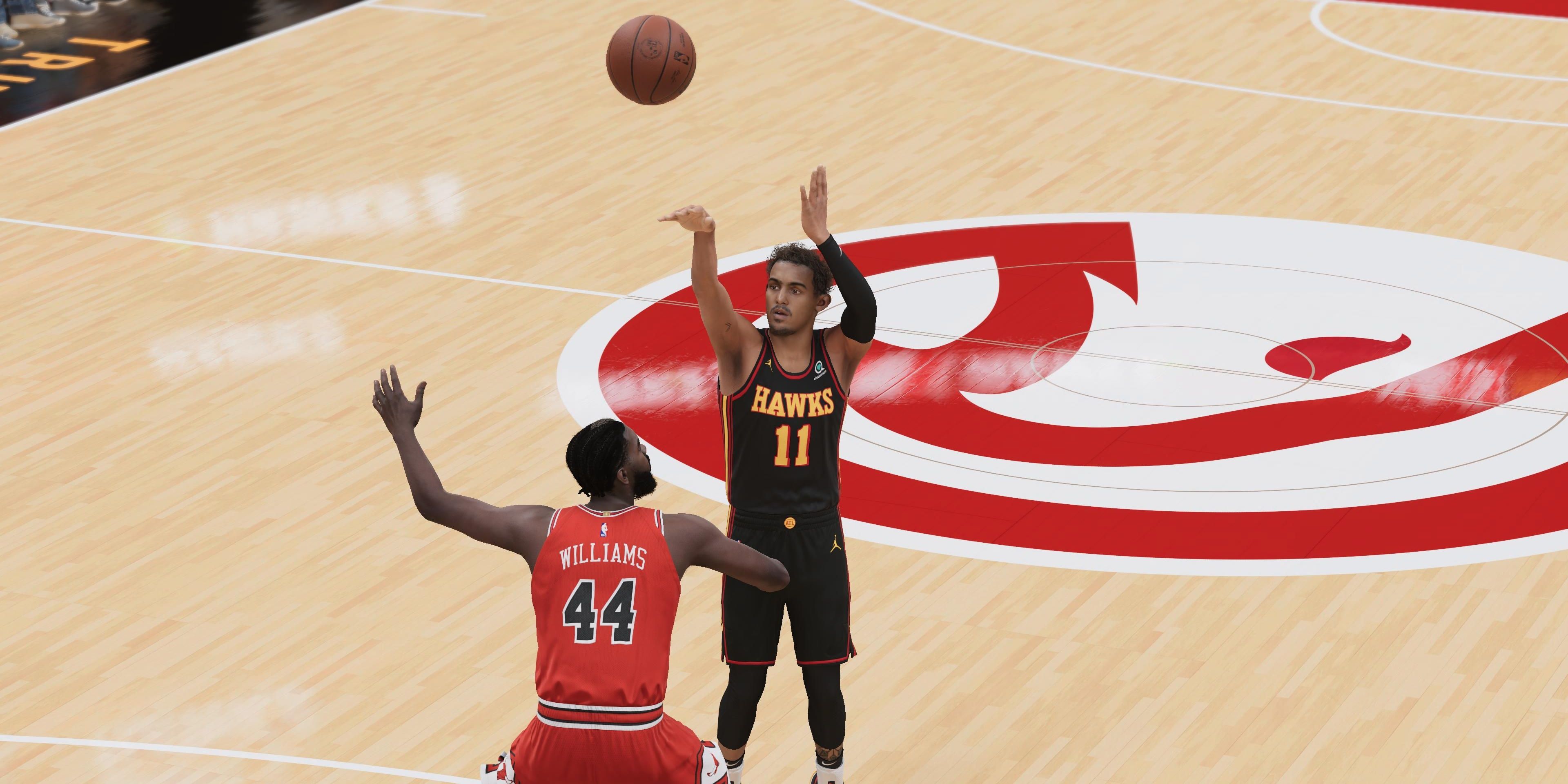 Defenses in NBA 2K23 are smart; if you think shooting over a defender is going to result in points, then prepare to be disappointed. You need to incorporate dribbling moves to free yourself of aggressive defenders and create ample space to get a quality shot off.

Equipping Space Creator will increase your ability to make shots after you’ve created space from a defender. Whether it’s after you’ve crossed up a defender or decided to spin around for a fadeaway, this badge will activate and give your shot-making a boost. This badge's effectiveness can depend on your ballhandling skills, so if you equip this badge, be sure those skills are up to snuff. 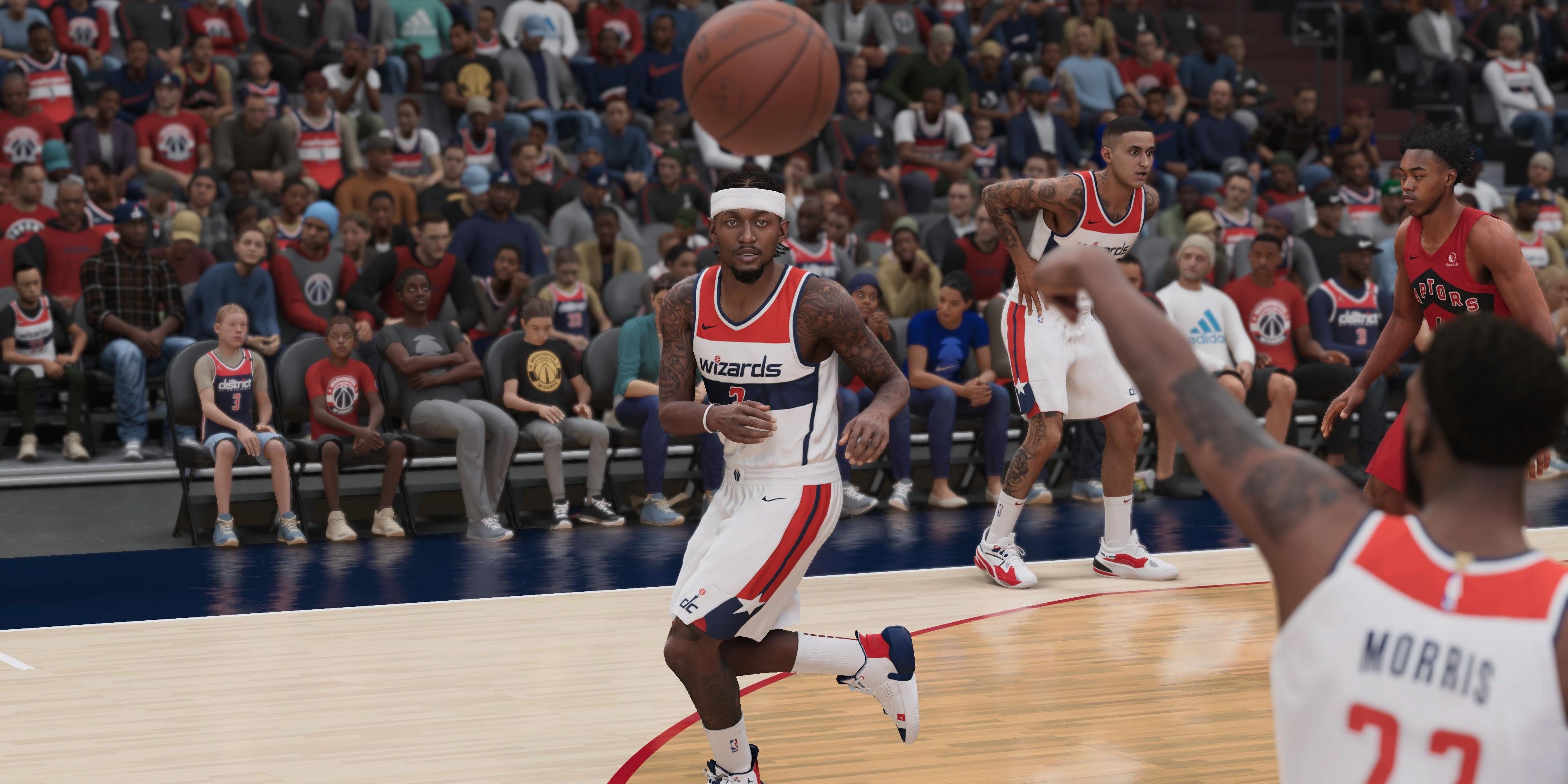 Running around the half-court on offense won’t guarantee you being open for a pass. Defenders will follow you everywhere and try to prevent you from getting any open opportunities. Slipper Off-Ball boosts your overall ability to maneuver through defenses to get open.

Similar to the Pick Dodger badge for Defense, Slipper Off-Ball makes it easier to avoid getting stuck on players when trying to escape your defender. Your teammates will often pass you the ball when you call for it, regardless if you’re open, but that can create more problems on offense. At least with this badge, the chances are higher that you will find yourself open for an uncontested shot. 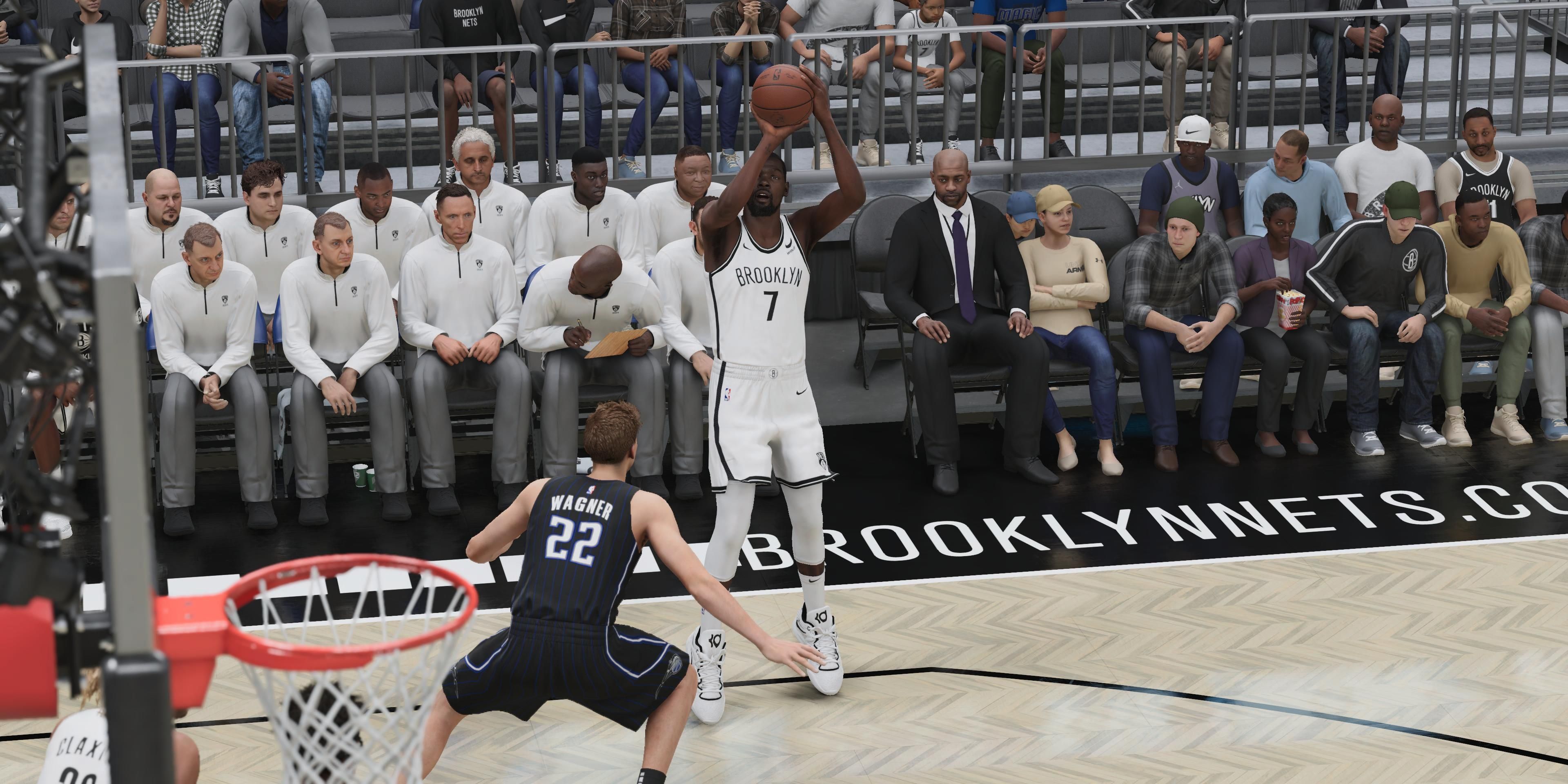 Defenders with quick reflexes and a high basketball IQ is a nightmare for every offensive player. These premium defenders can usually recover quickly on a blown play to close out fast on an open shooter. Even if you get open for a shot, close-outs have the potential to diminish your shot-making ability. 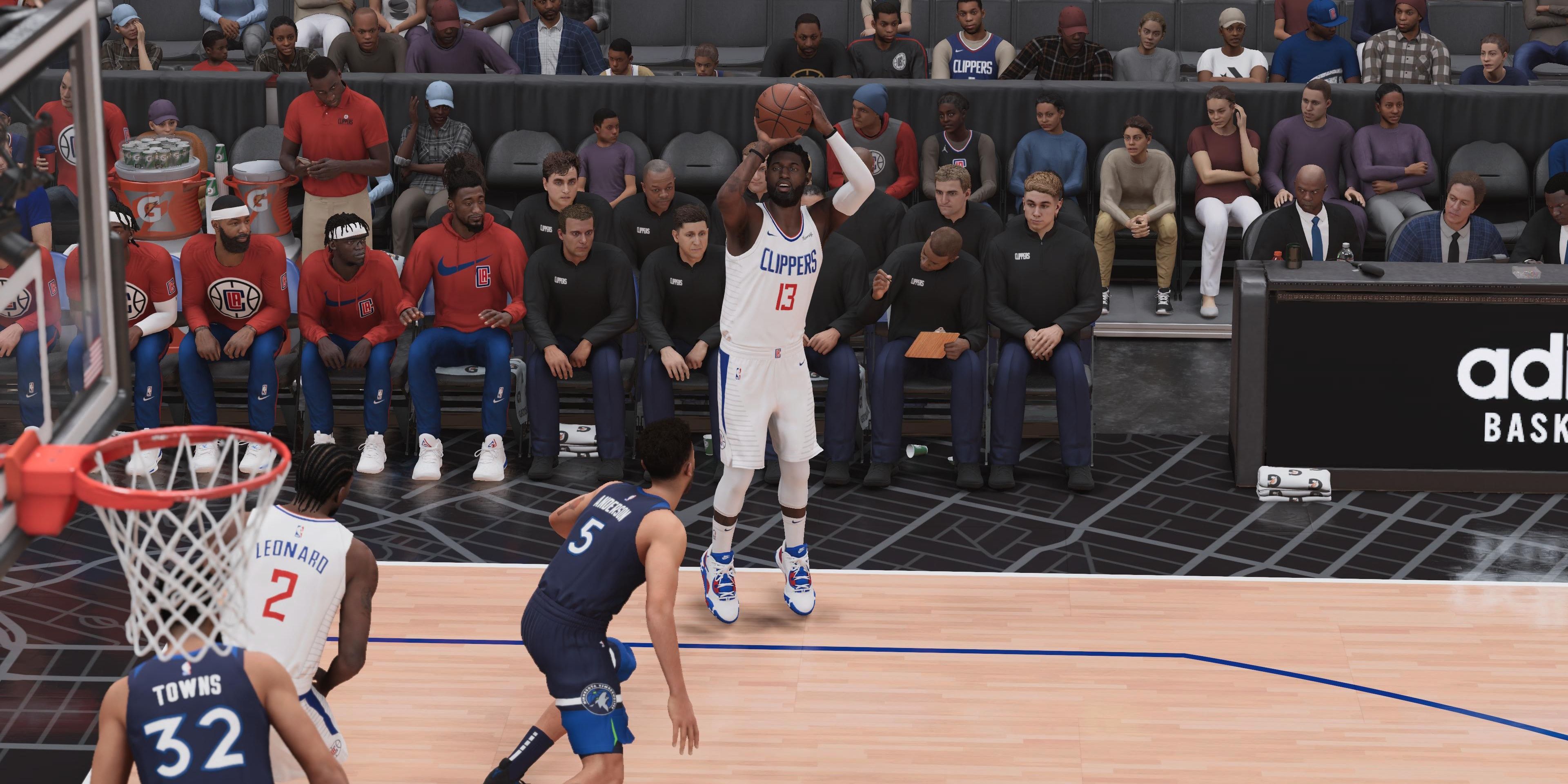 NBA offenses function more efficiently with multiple players constantly moving around the court. When too many players stand still, an offense can become stagnant, and defenses can focus more on key individuals. But that doesn’t mean you can never stand still on offense and the Claymore badge proves it.

Patient players who set their feet will receive a boost in knocking down perimeter shots with the Claymore badge. And don’t think you have to literally stand in one spot for an entire possession; if you set a screen and receive the pass on the three-point line instead of rolling to the basket, the effect of Claymore will impact your shot. 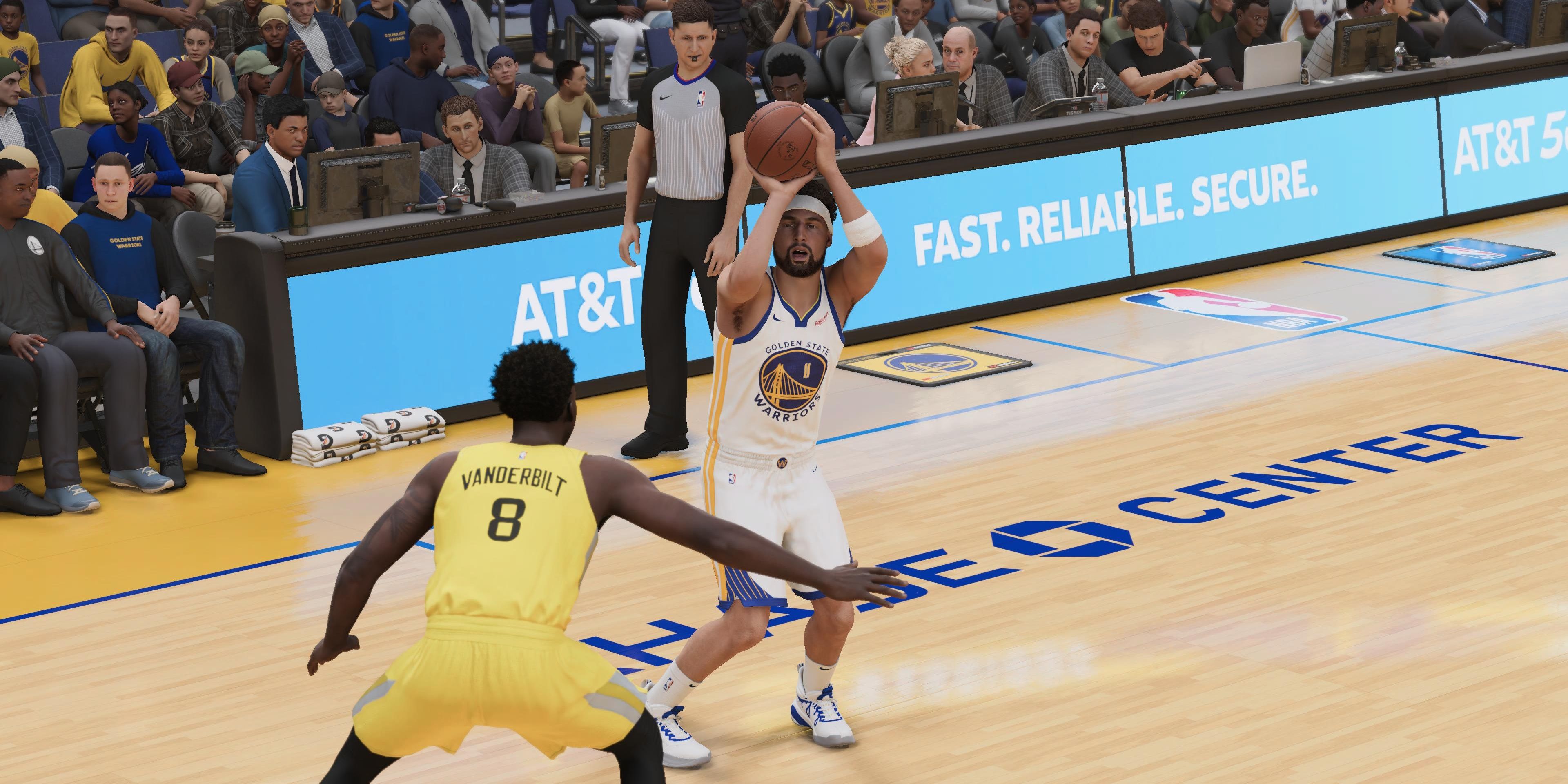 Players like Ray Allen and Klay Thompson excelled in their NBA careers by being premier spot-up shooters. Sure, they’d move around and occasionally take it to the rack, but more times than not, they would remain on the outside and drill three-pointers. 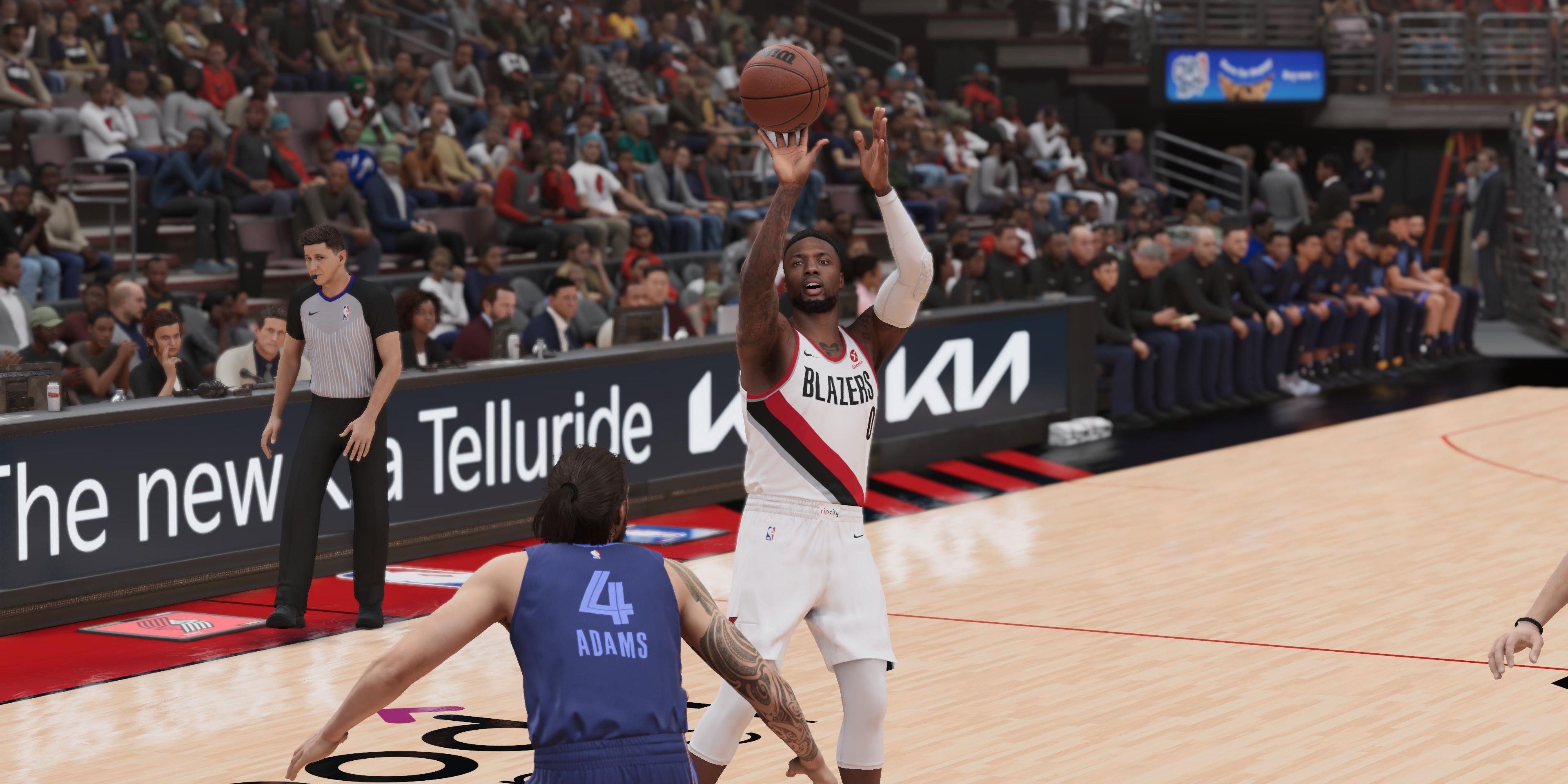 You know what they say, shooters gotta shoot. Even though players can hit a shooting slump by shooting too much, you always want to attempt a shot if you can. The only way you can get better at something is by constantly doing it, and the Volume Shooter badge is here to help.

The Volume Shooter badge will boost the percentages on all shot attempts the more you shoot the ball throughout the game. This impacts layups, mid-range shots, and three-point shots, so don’t be afraid to let it fly when given the opportunity. The fact that Volume Shooter can positively impact your offensive performance simply by shooting the ball more frequently, regardless if you make the shots or not, makes it the best badge to have in the Shooting section in NBA 2K23.