You are here:
Home / Nascent Dawn 1/5 – How To Complete All Steps In The Destiny 2 Quest

Taking place over the course of five weeks, the recent chain of quests added in Destiny 2’s Warmind expansion has left many players scratching their heads when trying to complete it. The quest chain in question is the five part Nascent Dawn, which doesn’t go out of its way to make it any easier to figure out what the steps you need to take to complete these quests are. Fear not, guardians, because we will show you how to complete all steps and claim your shiny rewards.

How To Complete All Steps In Nascent Dawn

Before you get started with these quests, know that they will reset every week, and only one step can be completed during that period. Each new part of the quest will be given by Ana Bray, occasionally requiring rewards earned from the previous week’s quest. If you accidentally break down a gun you need for the quest, they can be purchased from Ana again. 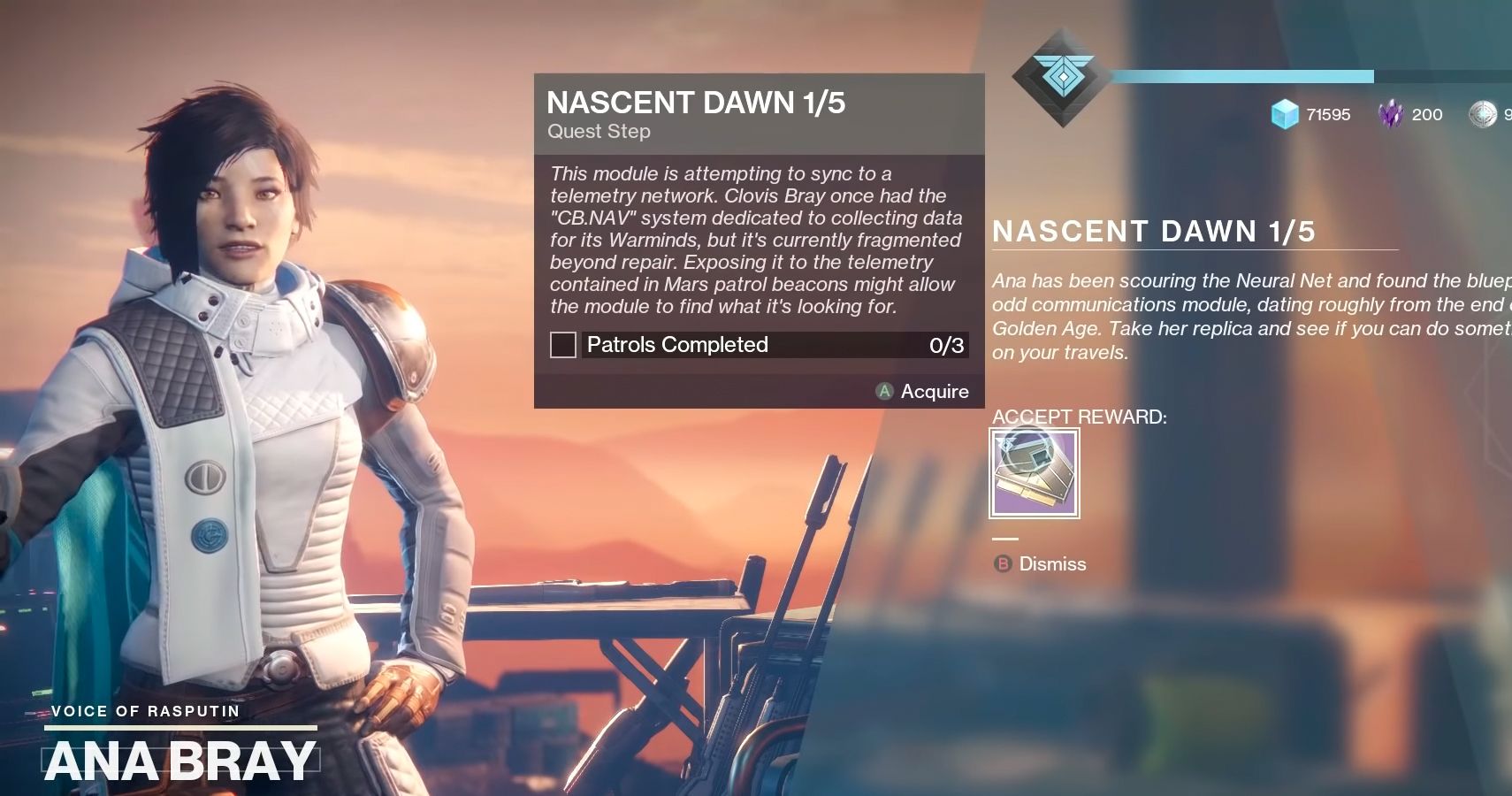 Your first Nascent Dawn quest sends you to do various activities and tasks on Mars, and should be no problem for most players. Here are all the objectives you need to complete:

The first part of this stage of Nascent Dawn will require you to get javelin kills in either Public Events or Escalation Protocols. The second step, completing the Heroic Adventure, can only be done after you have completed all the other adventures on mars. Otherwise, complete these four objectives to earn the Braytech RWP MK II Scout Rifle. 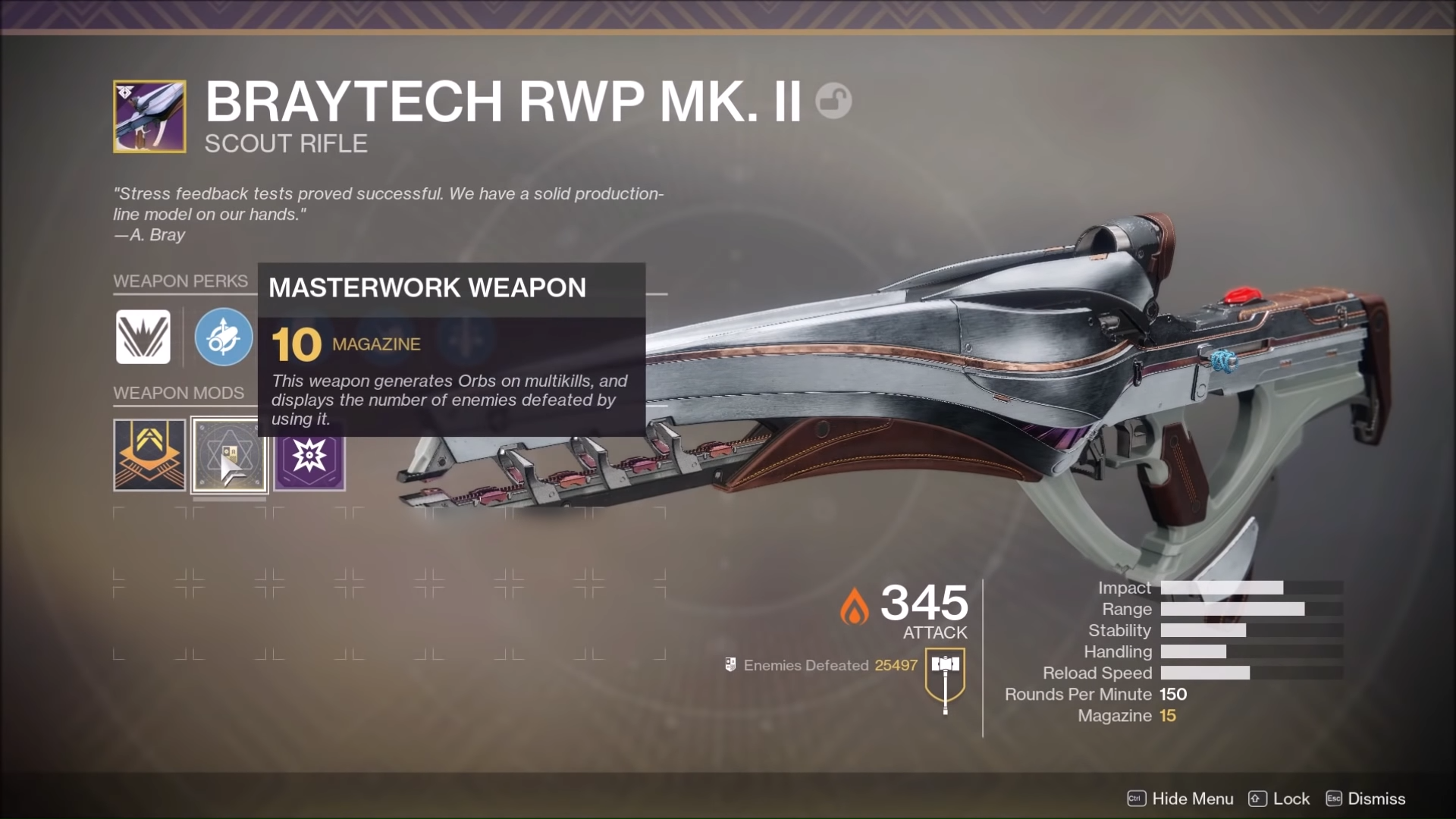 This is another fairly simple set of objectives. For the Escalation Protocols, it doesn’t matter if you do the same level or any variation of them as long as you do enough. Get through them all to acquire the Masterwork version of the Braytech RWP MK II Scout Rifle.

Hopefully, you haven’t trashed that new rifle yet because you’ll need it to complete the first two parts of this quest. Otherwise, it’s business as usual with a Polaris Lance Exotic Scout Rifle waiting for you at the end. 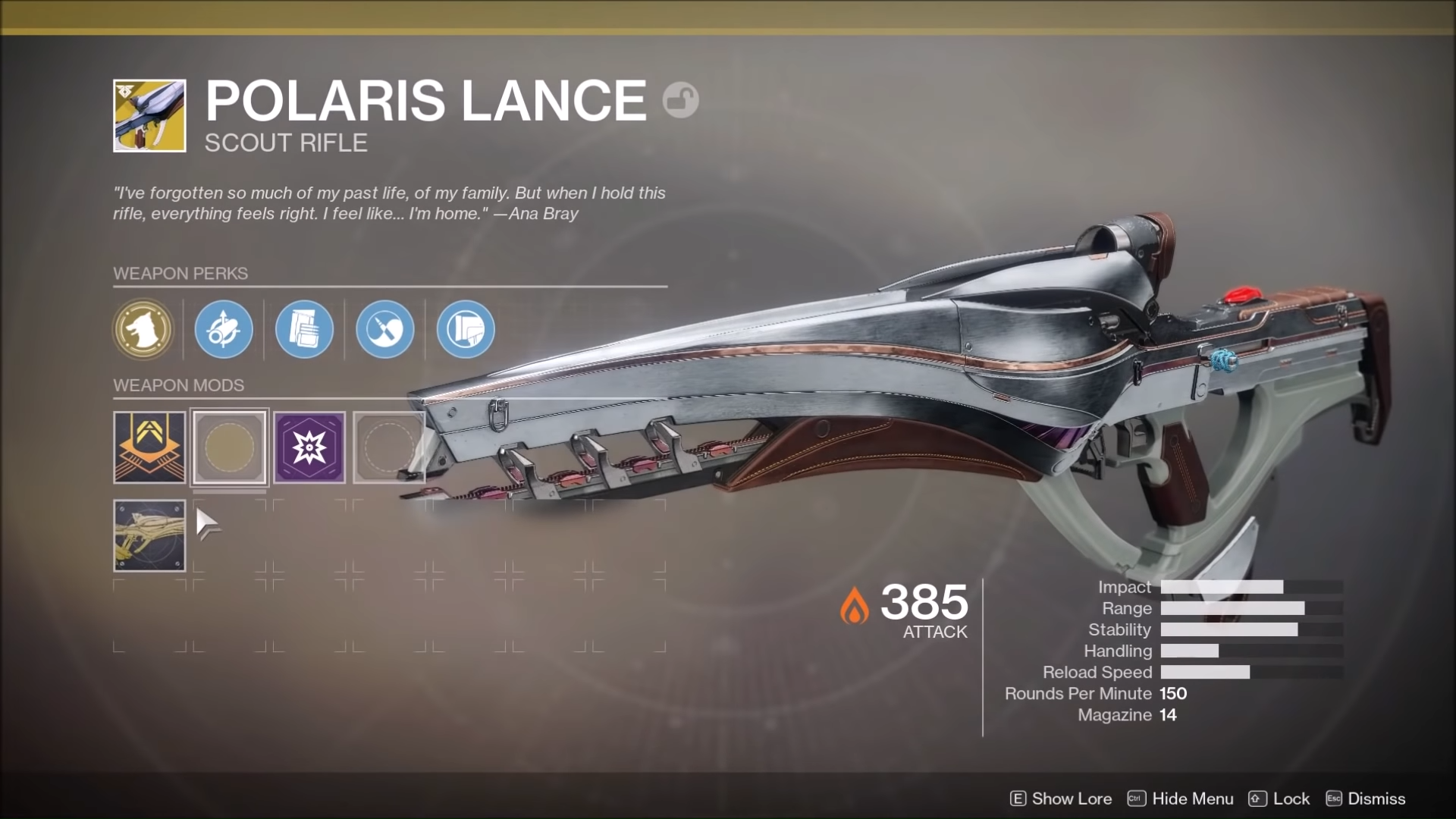 Your last step is nothing too special, with the most difficult part probably being the Javelin multikills.