You are here:
Home / My Time At Sandrock: The Best Ways To Make Money

My Time At Sandrock: The Best Ways To Make Money

My Time In Sandrock is a sensation, and it's no surprise considering its bright and joyful world. There are lots of tasks you can complete to pass the time; however, some earn you more rewards than others. One of the most important things in any game is its currency, and this is also the case in this one.

My Time In Sandrock features a currency called Gols, which you can acquire by completing tons of different requests. Although some money-making missions are rather basic, there are others that you'd never expect as well, since there's a lot you may miss in this game. Below you'll find the best money-making methods and which ones you should prioritize first.

My Time In Sandrock is still in the Early Access stages, so it's possible that the developers will introduce more money-making methods in future updates or expansions.

What Can You Buy With Gols? 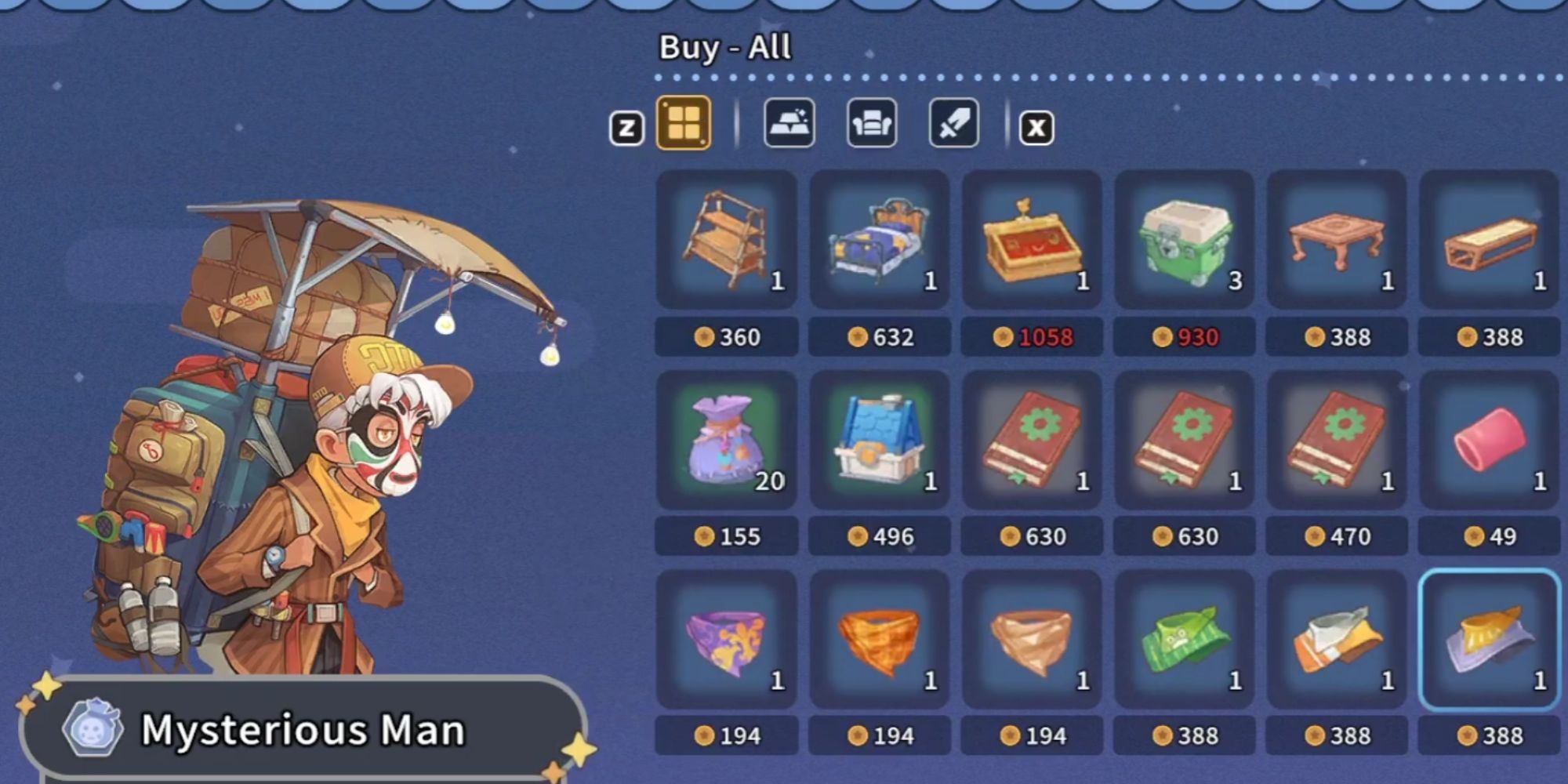 There are lots of things you can buy using Gols, but there are a few notable things that you should prioritize at the beginning of My Time In Sandrock. You'll have very little inventory space when you're starting out, so you should purchase more space by opening your inventory and clicking on the plus icon. For the first 11 extra slots, it'll only cost ten Gols per space.

After upgrading your inventory space, saving the rest of your Gols for a rainy day is a good idea. However, if you do want to buy something else, then blueprints from Yan's Store are the best option since you can use them to craft other items to sell for a profit. 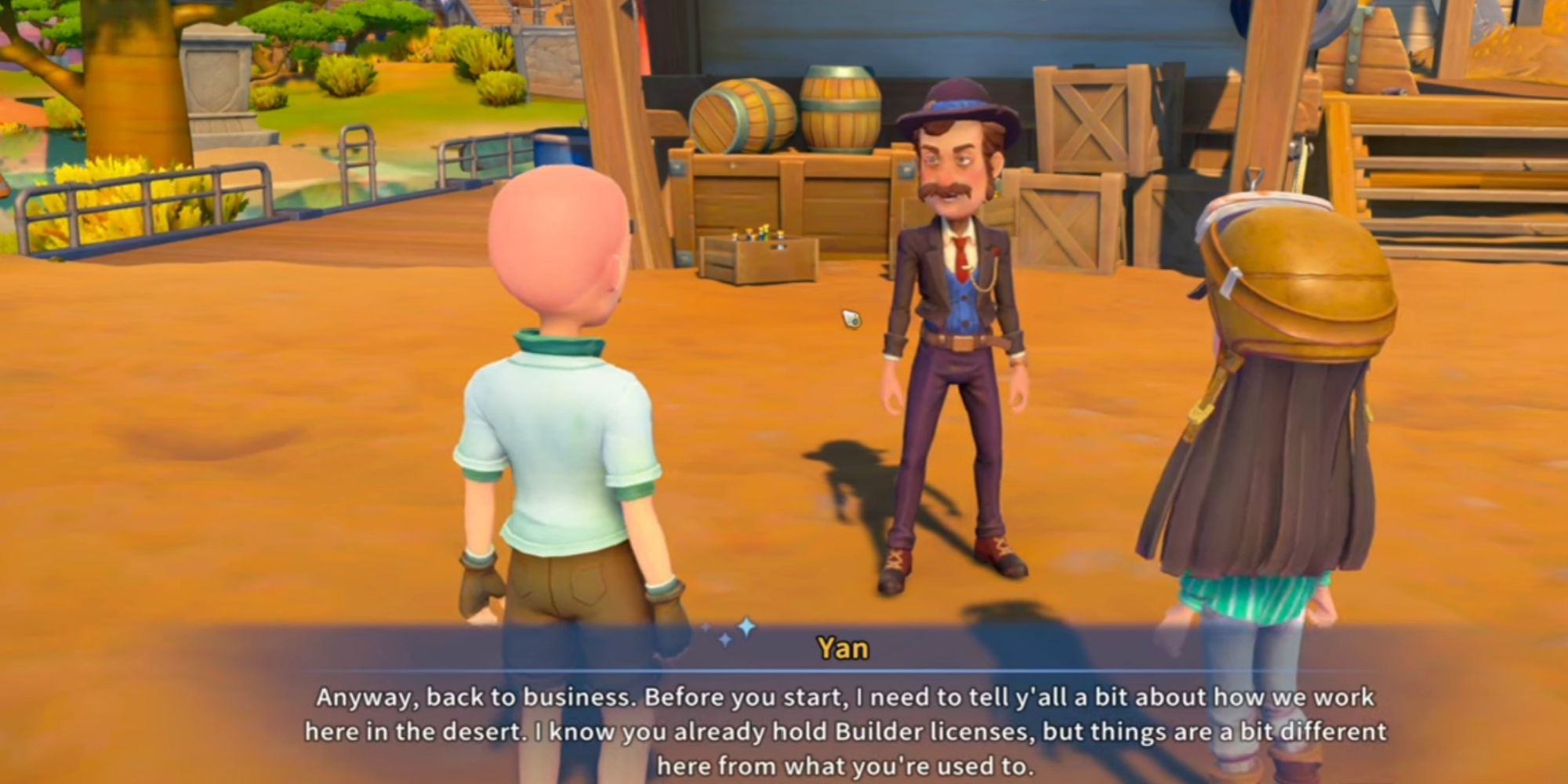 There are various types of missions in My Time In Sandrock, but the ones that'll earn you the most Gols are the campaign missions. Campaign missions offer many rewards, and hundreds of Gols are one of them. Since you'll be completing these missions regardless, it's not a great long-term farm for Gols. However, if you're in a bind for money, then you can prioritize completing campaign missions as quickly as possible.

Additionally, you'll occasionally encounter a question mark logo on your mini-map. If you interact with an NPC with a question mark, then they'll give you a side mission that will usually yield a few hundred Gols. Although side missions aren't as notable as campaign missions, they're still a fantastic way to earn money. They also grant relationship points, which means double the reward. 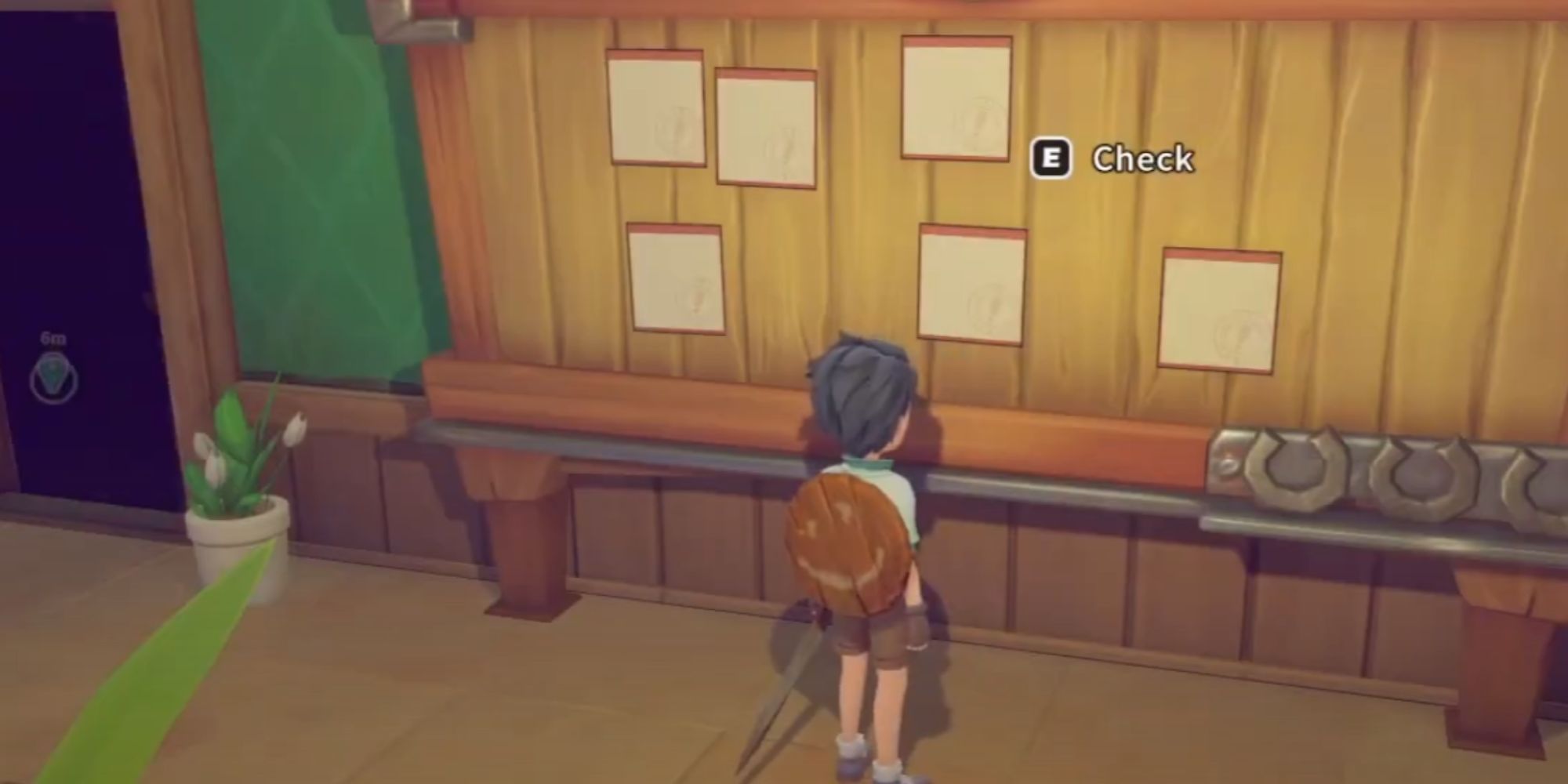 Commissions are going to be your main source of Gols outside of regular missions. Each commission you finish can reward you with hundreds of Gols. You can choose to start a commission by interacting with the board hanging on the wall of Yan's Store. You'll find new commissions every day in My Time In Sandrock, so make sure to check back to accept a new one for even more Gols.

The primary goal of a commission will be to collect and turn in whichever item is required. For example, you may need to get your hands on five Bricks to complete your objective. After you've obtained the items in question, you need to speak to the Commissioner, such as Yan in the shop.

When you're first starting out, the items you need to collect will be very easy to get. However, the items will be more difficult to collect as you progress, but you'll usually be more capable of meeting the requirement as they increase in difficulty.

There are tiers of commissions that you can use to sort out how notable your reward will be. You unlock new tiers as your Workshop levels up, so you should prioritize the higher tier ones since they're usually more worthwhile. Here are all commission tiers, from highest to lowest.

Unlock Perks In The Knowledge Tree 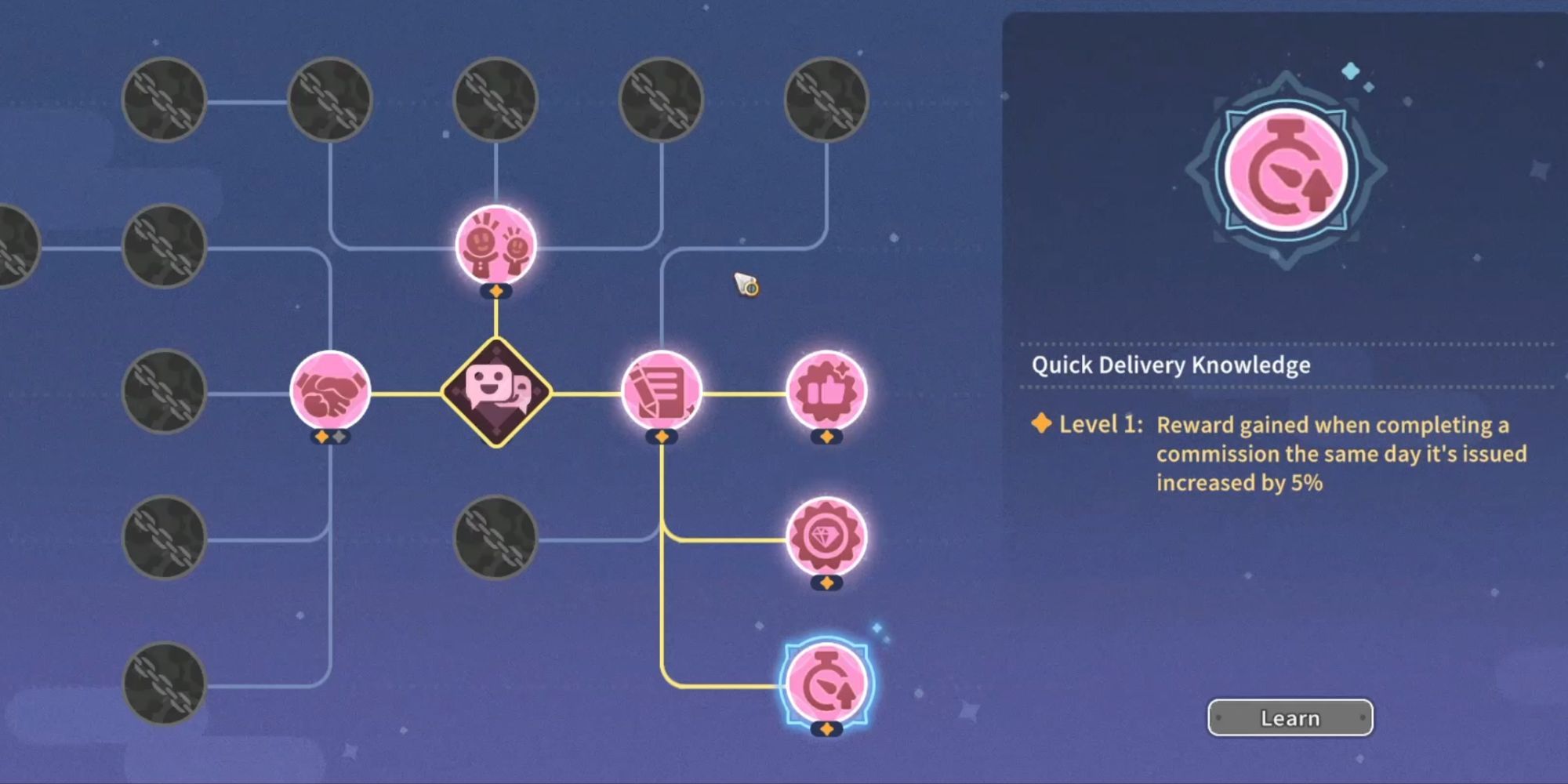 The Knowledge Tree offers you the ability to unlock perks that increase your abilities and rewards in various ways. The trees include Combat, Gather, Social, and Workshop. However, the most notable for money-making is the Social Knowledge Tree.

The Social Knowledge Tree contains multiple perks you can unlock that increase the rewards you earn from tasks like completing commissions. The Gather Knowledge Tree isn't quite as essential, but there are a few perks within it that can be useful for money-making since they increase the number of items you gain while gathering various types of materials. 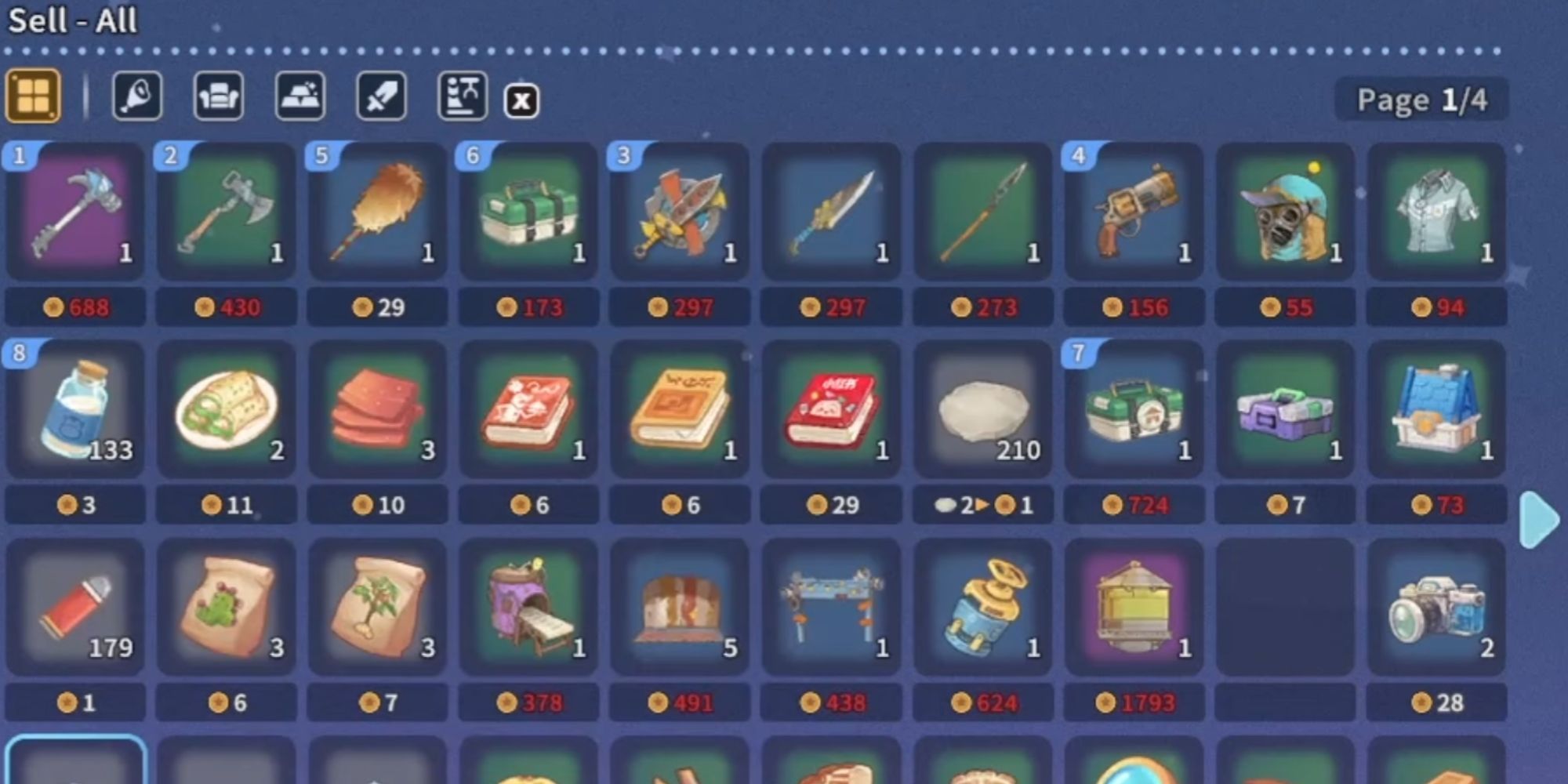 There are many valuable items you'll collect throughout your journey in My Time In Sandrock that you don't need to keep. There are some items, such as stone, that you shouldn't sell, though, due to the fact that they're important for your progression throughout the game.​​​​​

The most notable items you can sell are plants, as they'll initially be useless to you when you're starting out. You'll likely collect dozens of plants while farming water, so feel free to sell those for a small profit. Honey is also worry selling if you have a lot of it, which you might since you can get it from Bumble Ants.

Depending on which blueprints you've learned, there are also many items you can craft using resources that'll increase your profit selling items. However, you'll usually have to spend Gols to learn the blueprints, so it's a trade-off when you first start crafting items to sell.

Pay Attention To The Market Price

How many Gols you earn for selling an item in My Time In Sandrock is dependent on the current market price. You should wait until the market is around 80-90 percent to purchase any items and around 120 percent to sell items if you want to maximize your profits. However, it's up to you since sometimes you need Gols for something important.