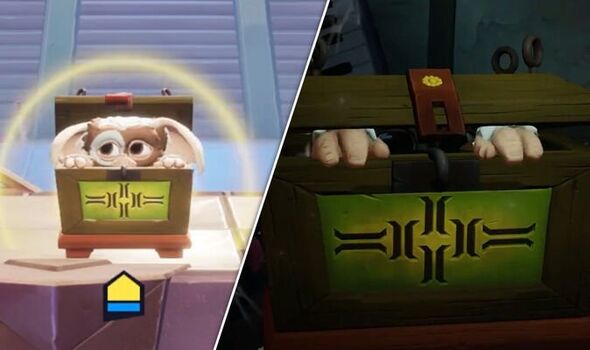 MultiVersus fans will soon see a new character launch, with Gizmo heading to the roster this week. The Gremlins character will be arriving in MultiVersus on Thursday September 8 with Stripe heading to the free-to-play fighting game later on during season 1. A release time hasn’t been confirmed for Gizmo, and patch notes aren’t out just yet, but judging by past MultiVersus launches we could see the update which adds Gizmo to MultiVersus getting rolled out from 5pm UK time on Thursday September 8.

With past MultiVersus updates server downtime has begun at that time and is scheduled to finish one hour later by 6pm.

So MultiVersus fans could be able to jump in and play the latest version of the game with Gizmo from 6pm UK time on Thursday September 8.

In terms of patch notes, this is usually released in the run-up – and ahead of this Tony Huynh, the game director for MultiVersus, teased the next update will be a big one.

On Twitter Huynh said: “The design team has been working on patch notes, probably early this week.

“Hopefully a bit of time before the patch so everyone can digest a bit. It’s a big patch.”

Elsewhere, eagle-eyed MultiVersus account @AisulMV noticed an update to the previous patch notes, with new icons getting added which could be used going forward.

They posted: “The patch notes page has been updated (no new patch notes, but they have added images, and more)”.

The account also spotted some more info about Gizmo that was shared by the official MultiVersus Twitter.

AisulMV tweeted: “The official Multiversus twitter has stated that when attaching to allies with Gizmo, he “cleanses allies and is able to sing and use his bow”

“He also “takes a percentage of damage the ally takes” while attached.

In the run-up to the Gizmo launch the official MultiVersus Twitter shared a few teasers about the release of the Gremlins character.

The @MultiVersus account posted: “Looks like Gizmo is a bit camera shy. We’re going to need a few more days to coerce him out of his box. He’ll now be joining the roster on Thursday, 9/8.”

The Gizmo launch was originally pencilled in for Tuesday September 6 so has been delayed by a few days.

The MultiVersus Twitter also shared some more details about what fans can expect of Gizmo in a new video alongside the message: “As ferocious as he is adorable. #MultiVersus”.

The video shared stats for Gizmo, and was highlighted by MultiVersus leaker Susie who quote tweeted it and posted: “There he is!”

Alongside another video Susie added: “First look at Gizmo! + a little delay till Thursday”.

Besides Gizmo and Stripe, Black Adam will also be getting added to MultiVersus in season 1. While leaks have also claimed characters such as Beetlejuice and Marvin the Martian could be coming to MultiVersus.

In terms of other seasons, fan campaigns are underway to get characters from the Breaking Bad universe – such as Walter White – to be added in the fighter roster.

Whether that happens remains to be seen but it’s a lot of fun at any rate speculating and imagining which characters from other IPs could head to MultiVersus in the future.

Imagine a fight between Heisenberg, Bugs Bunny, Arya Stark and Marvin the Martian all at once?!