You are here:
Home / MTG’s Phyrexian Language Has Finally Been Detailed

A massive breakthrough has been announced in deciphering Magic: The Gathering’s Phyrexian language. That's according to an in-universe communication posted on the Magic website that outlines how you too can talk like a Phyrexian. Provided you also have a whistle, several knives, a bell, and a large metal hammer.

"By examining items confiscated from Phyrexian sleeper agents and cross-referencing them with Phyrexian wreckage from exhumed portal ships, the late Associate Professor of Archaeology and Linguistics Valko Indorian was able to decipher the Phyrexian alphabet," wrote the Dean of the Tolarian Academy, which is apparently an amalgamation of three Magic developers and Matt Danner, head of global brand marketing, who occasionally helps out with fun R&D stuff such as the Phyrexian language.

It is… complex, to say the least. Every English vowel is represented, as are a few consonants, but "some parts of the language are difficult or impossible to pronounce using humanoid mouths." For example, "metallic consonants," which are variations of "p", "t", "k", and "q", sound "like a dagger being rubbed against a sharpener." There are also "clanked consonants" for "t," "k," and "g," which are followed by "a sharp metal clank." There are also bells, whistles, snaps (like button snaps), and other metallic rubbing sounds that simply cannot be imitated using vocal cords. 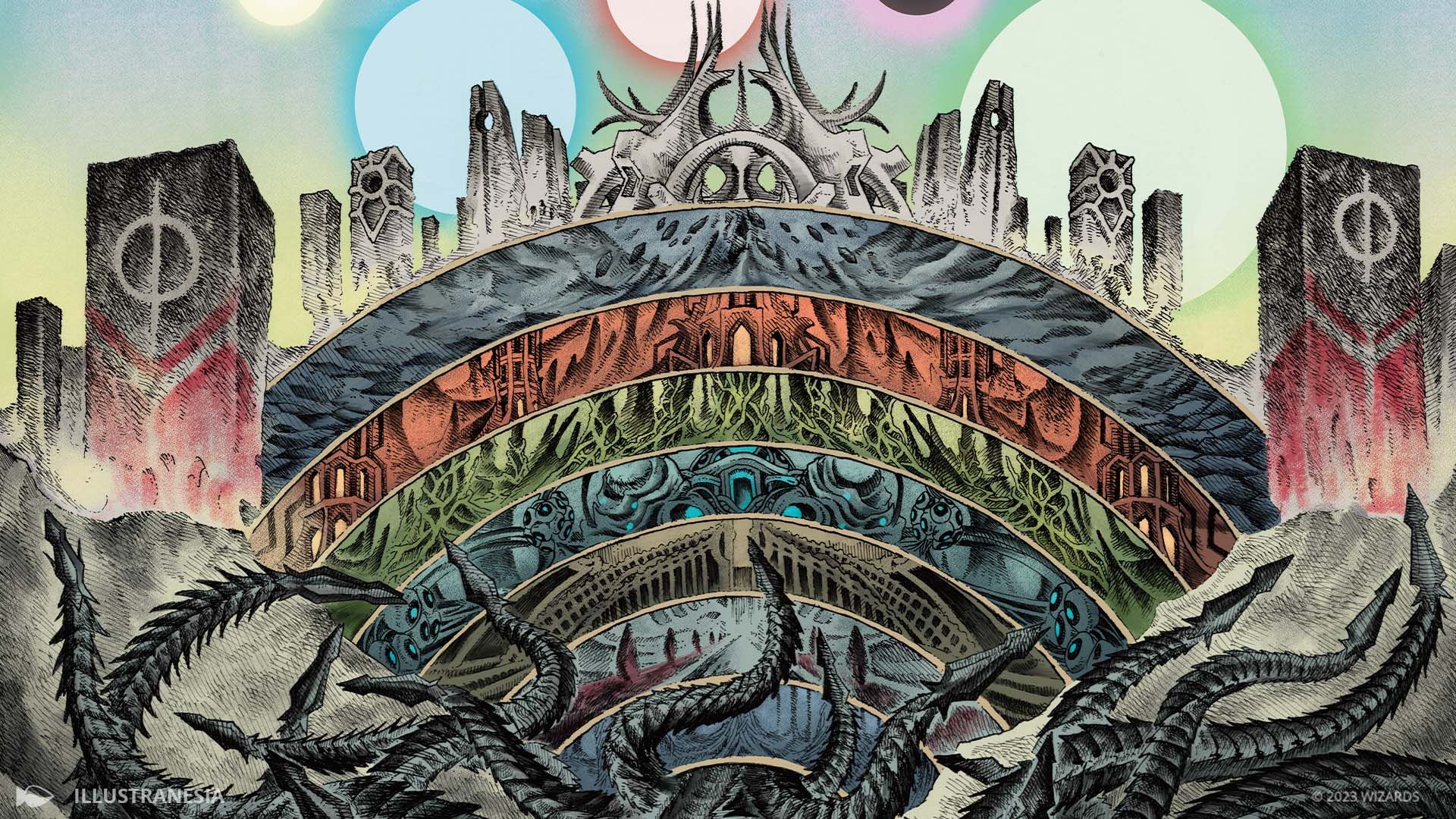 Words themselves are written vertically, with markings that are very linear and jagged–almost as though they were written with a sharp object like a claw or a knife. Which are likely the handiest writing implements most every Phyrexian has.

Phyrexia: All Will Be One arrives February 10.