You are here:
Home / MTG: The 10 Best White Cards In Commander Legends: Battle For Baldur’s Gate

In Magic: The Gathering, white is the color of order and morality. It denies its opponents the ability to get too far out of control and strives to keep things fair. White likes to see itself as the hero or protagonist, but its morality isn’t always in line with what the rest of the multiverse sees as good.

From cleansing the battlefield of threats to amassing armies, Commander Legends: Battle for Baldur’s Gate brings a wide array of white cards to the Commander format. You will be able to add several cards to your deck, whether it be White Weenie, control, or any other kind of deck. 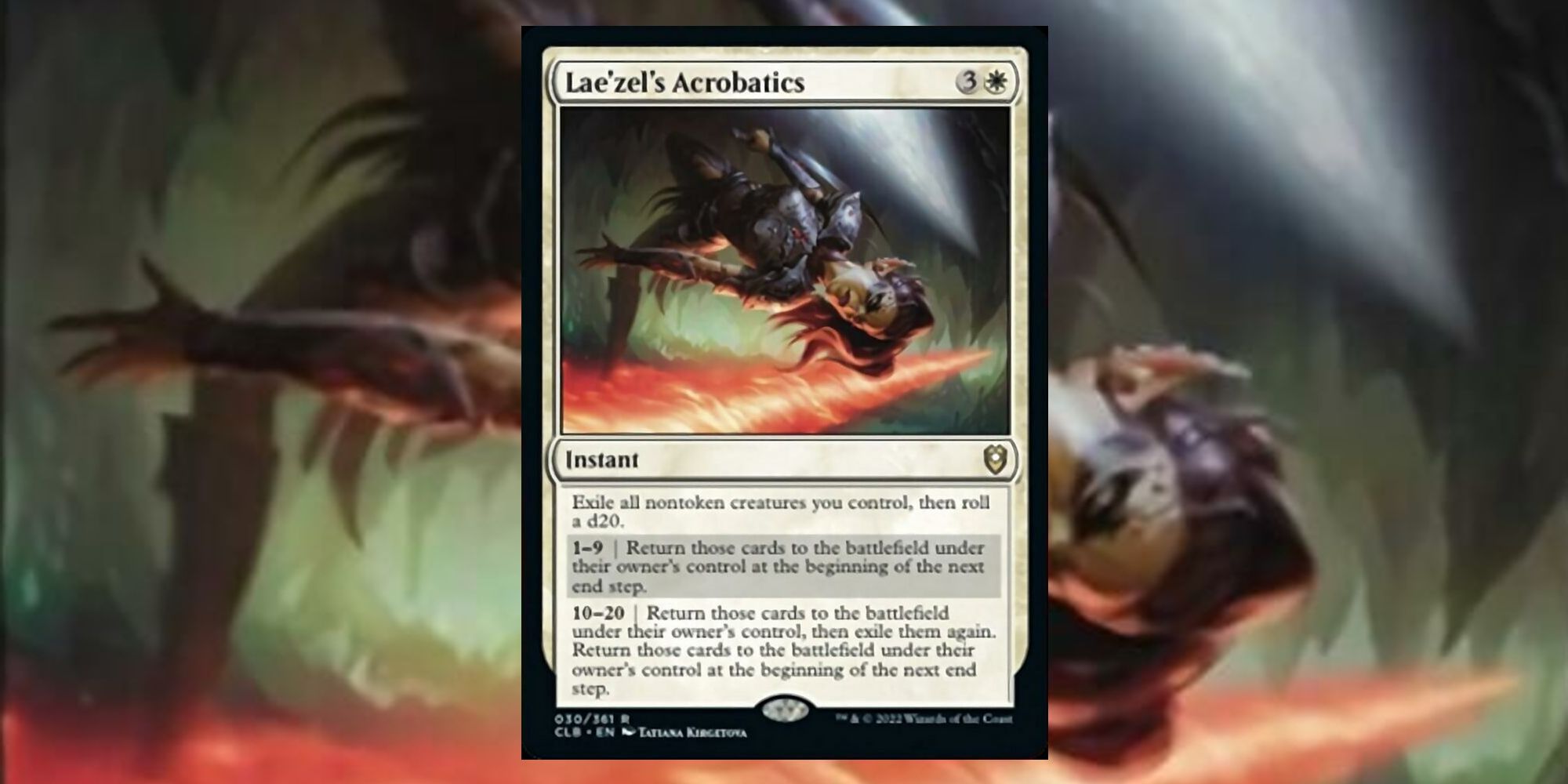 Lae’zel is a hero from the Baldur’s Gate story, and this card shows a small glimpse of what she is capable of. If you have a deck that relies on "enter the battlefield" effects, you’ll want to add Lae’zel’s Acrobatics to that deck.

Unlike the popular blink tool Yorion, Sky Nomad, this spell blinks your creatures at instant speed, allowing you to use it as a protection spell. It even avoids board wipes, since the creatures don’t return until the end step. If you roll a ten or higher on a d20, you get the effect twice.

9 Archivist Of Oghma Gives White Some Card Draw It Deserves 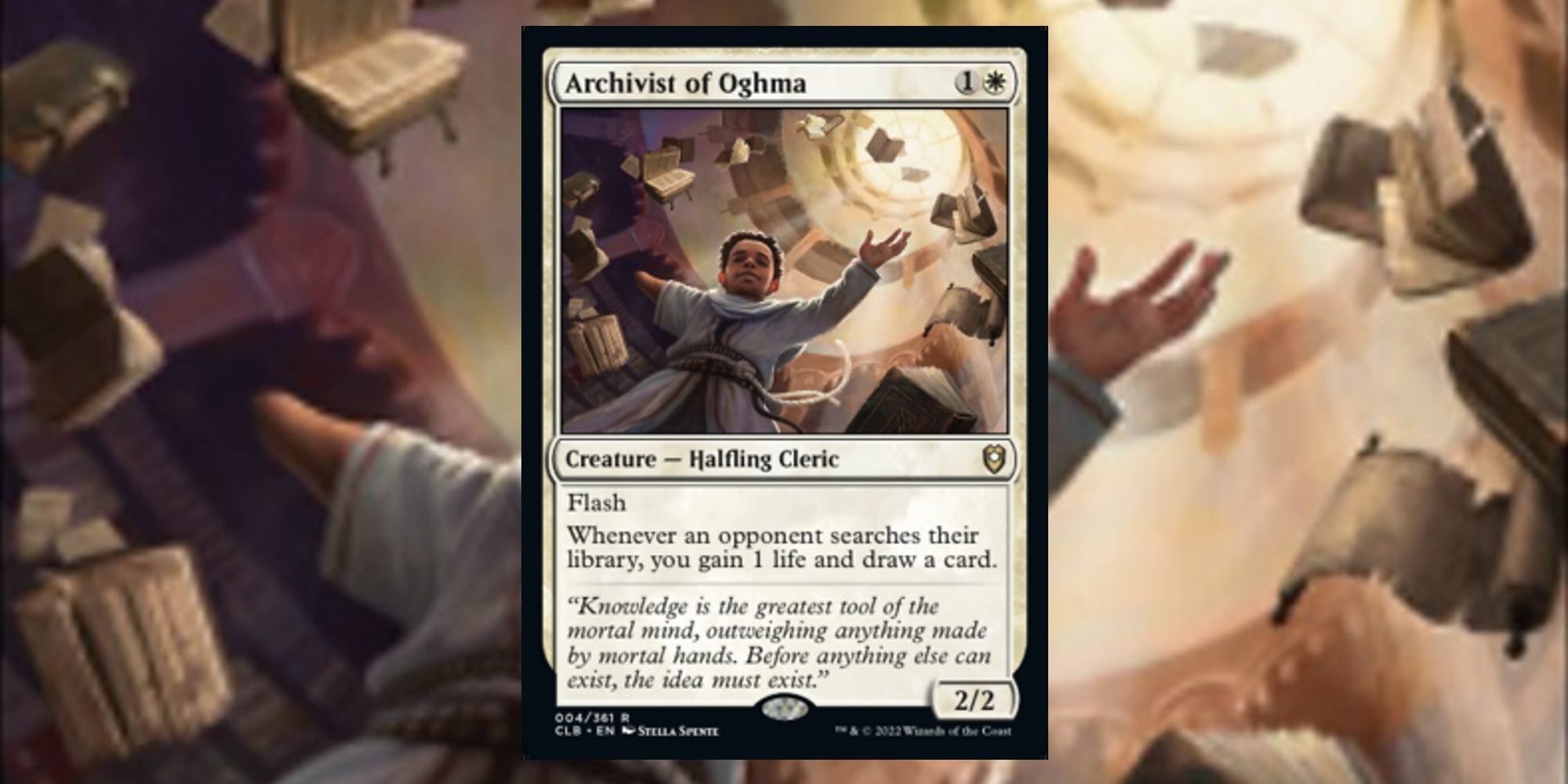 White spells are not known for drawing cards. In fact, they're best known for being the most inefficient at card draw. There are certain methods that white does well, but it doesn't compare to card draw spells in any of the other colors of Magic: The Gathering.

The single life Archivist of Oghma gives you is inconsequential compared to the card draw. Being able to draw a card every time your opponent searches their deck is a big deal, as it's something that happens a lot in a game of Commander. 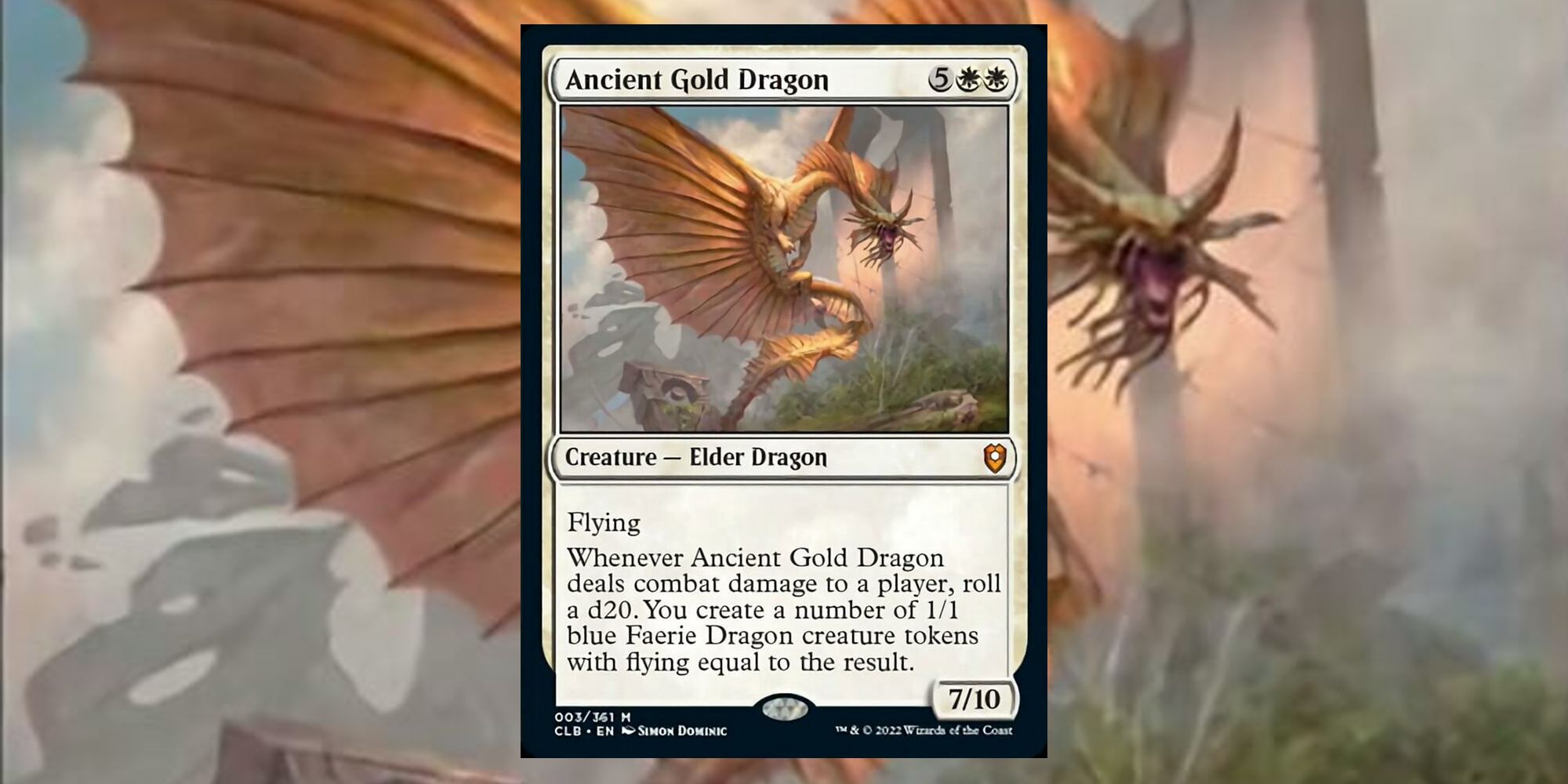 Seven mana might seem like a lot, and it is, but in a game of Commander where you have a plethora of mana rocks and an endless list of ramp spells, getting to seven mana is simple. It’s also a good amount to pay for a 7/10 dragon that can add as many as 20 other dragons to the battlefield. They might only be little 1/1 faerie dragons, but that’s not something to scoff at when they are added to the battlefield after simply rolling a d20. 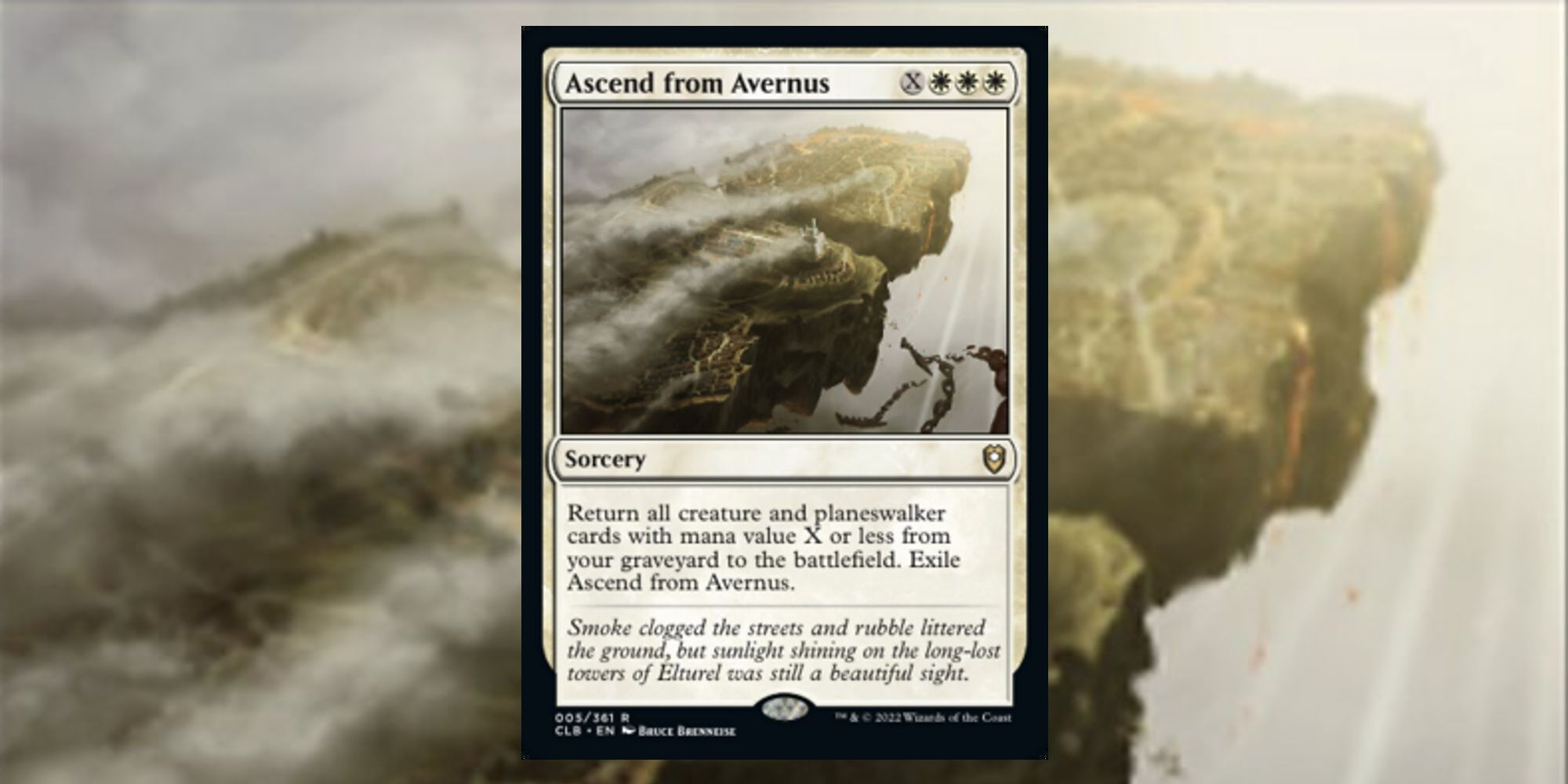 Ascend From Avernus will be remembered as one of the best reanimation spells in Magic's history. Imagine your opponent just played Planar Cleansing or Hour of Revelation, leaving you with nothing. With Ascend From Avernus, you simply wait to untap and return all your creatures and planeswalkers to the battlefield. 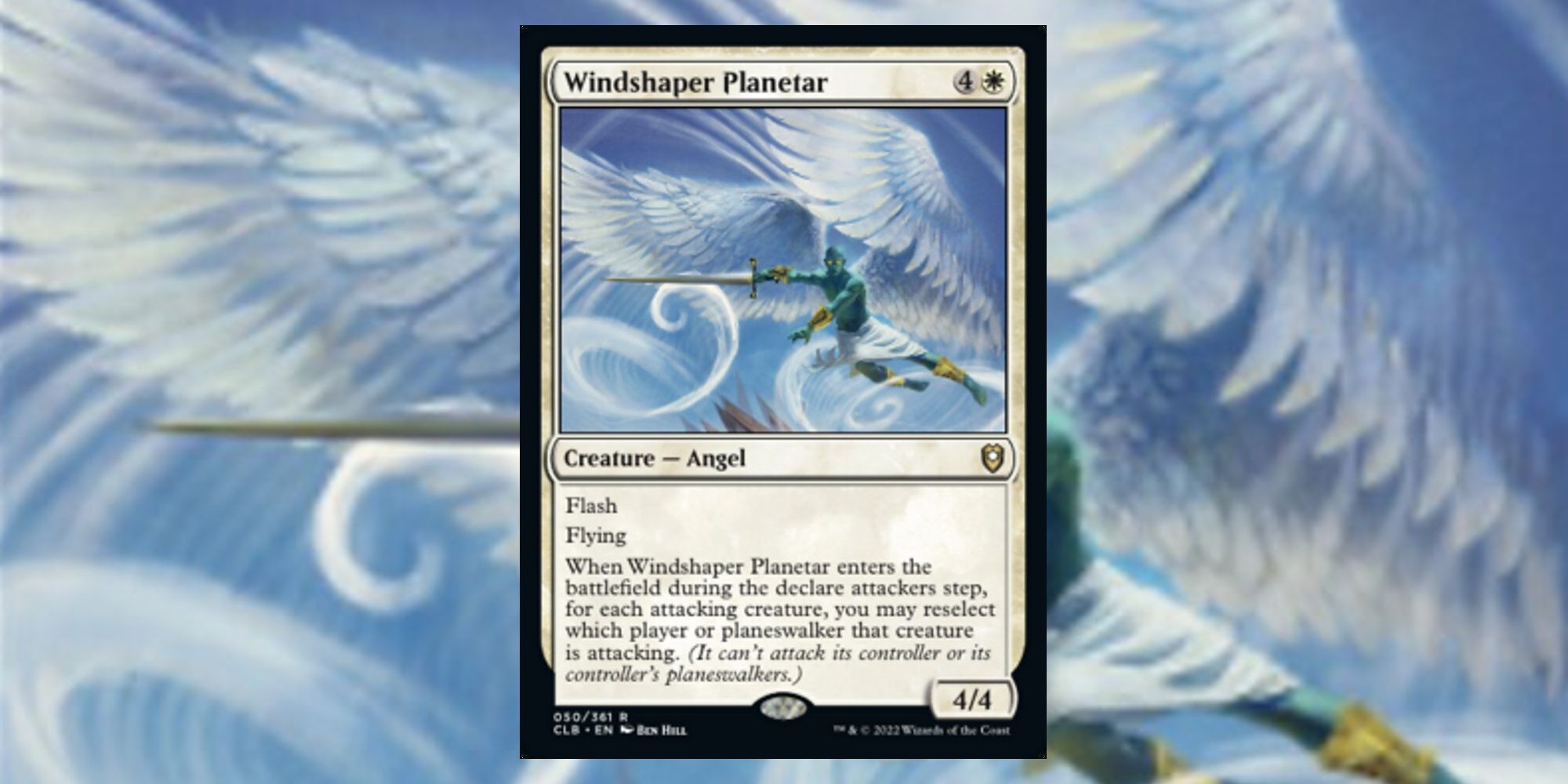 Imagine you’re on the ropes and one of your opponents is swinging at you to finish you off. Another opponent, somebody you allied with, betrayed you a turn or two ago. Just when everyone thinks you’re going to be out of the game and on the sidelines, you tap down five mana.

Enter Winshaper Planetar and send the horde of attackers that were originally for you at the opponent that broke their bond. Sure, they get to declare blockers, but now you can revel in the knowledge that you’re not out of the game just yet, and you’ve weakened an opponent severely. 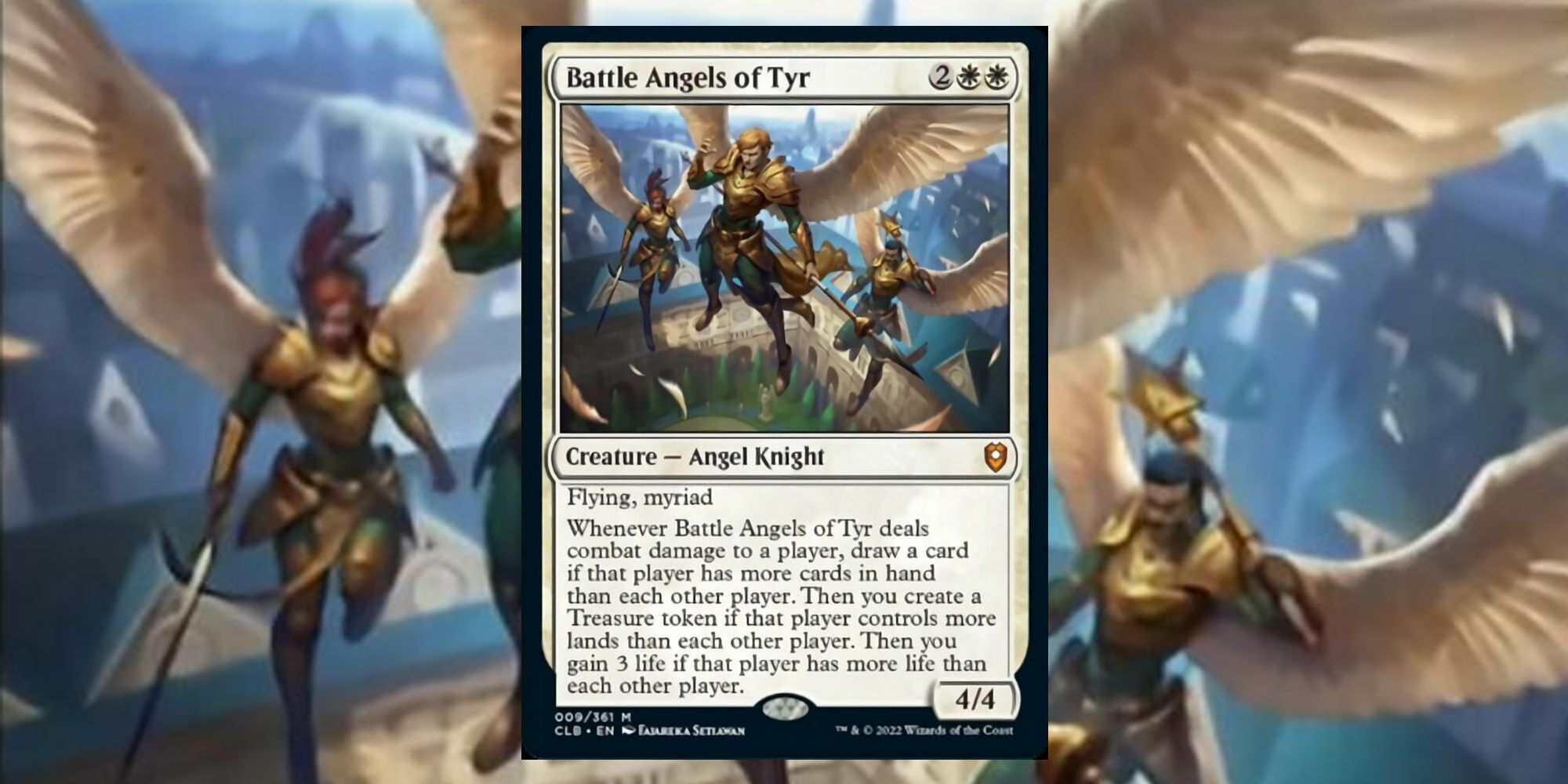 Battle Angels of Tyr does a lot for only four mana. For starters, it’s a 4/4 with flying and myriad. Myriad creates copies of the creature to attack each of your opponents. Then it potentially allows you to draw a card, gain a treasure token, and/or gain life.

Having evasion like flying makes it easier for damage to get through, ensuring that its listed abilities will trigger. Whether you’re playing monowhite, or splashing white for support in your Commander deck, Battle Angels of Tyr is an auto-include creature.

4 Horn Of Valhalla Is An Adventurous Equipment 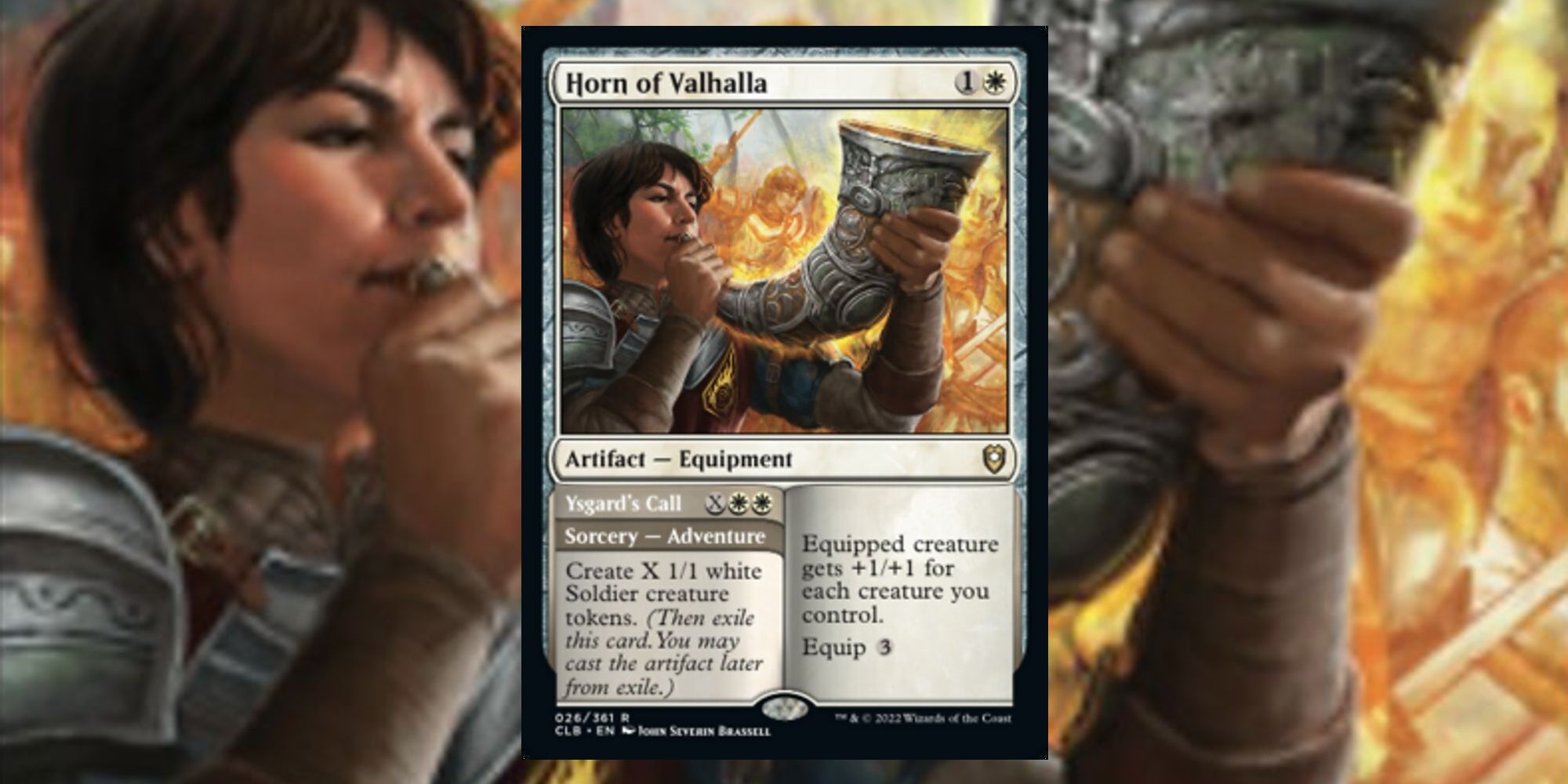 Having a creature spell with Adventure is one thing. Having a piece of equipment is another. It’s an interesting twist on the adventure mechanic first introduced in Throne of Eldrain. Horn of Valhalla’s Adventure benefits the Horn itself, and will be a nice little addition to most creature-based decks.

The Adventure populates the battlefield with a number of 1/1 soldier tokens equal to however much generic mana you decide to invest. The Horn of Valhalla gives +1/+1 for each creature you control to whatever creature it’s equipped to.

3 Sculpted Sunburst Clears The Board 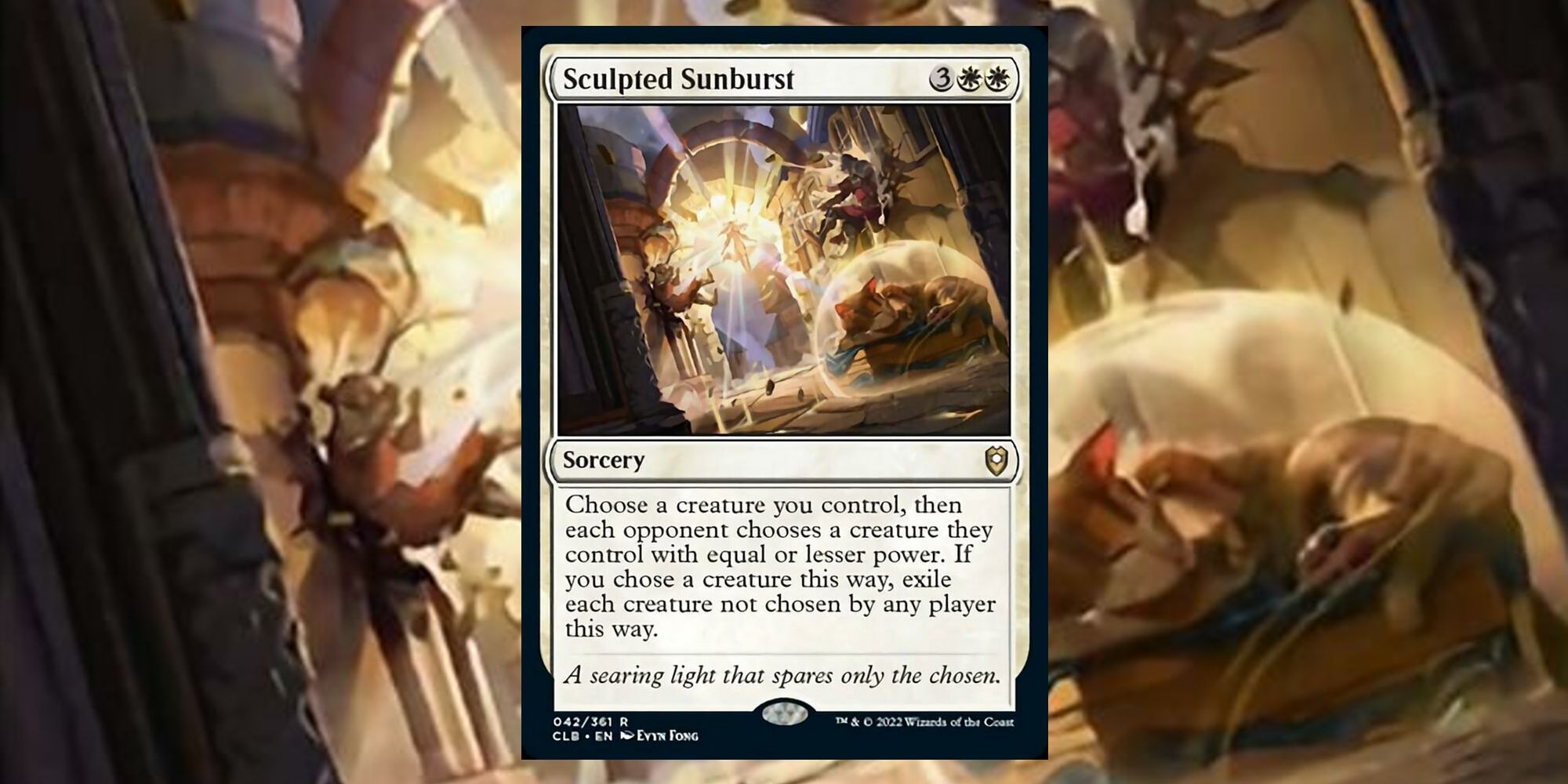 What would a new set in Magic: The Gathering be if its white cards didn’t have at least one board wipe? Sculpted Sunburst avoids indestructible creatures by exiling everything instead of destroying it, which is always a nice touch. It also allows you to keep your favorite creature alive, although your opponents can choose a creature or equal or lesser power to save themselves.

Sure, it allows your opponents to keep one of theirs alive, too, but if you aren’t particularly attached to any of your creatures you can just choose the weakest one to get rid of all the big threats. 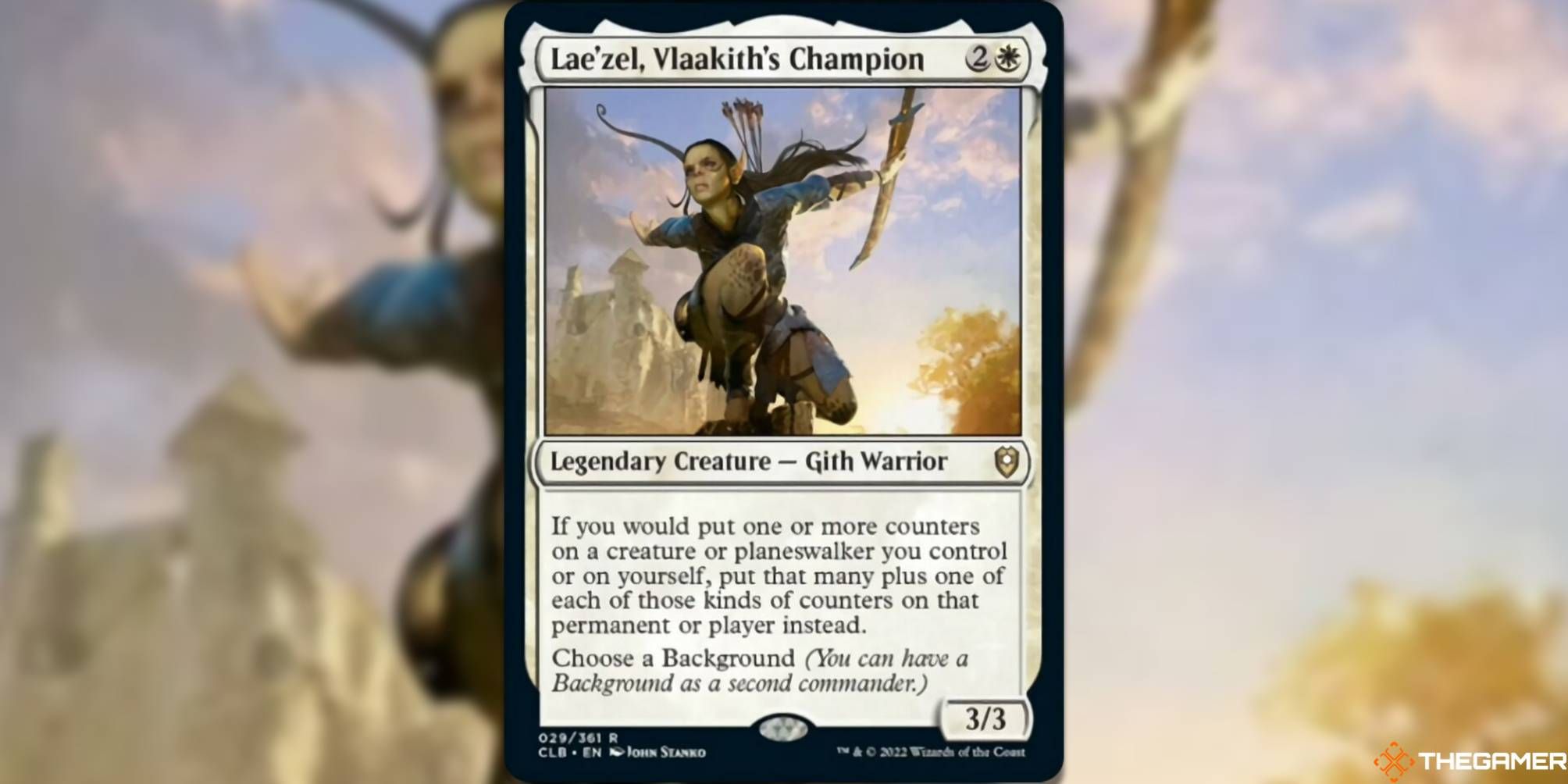 Lae’zel gets her own card that will go nicely in a deck that relies on counters. If you’re looking to upgrade your Bedecked Brokers precon deck, Lae’zel, Vlaakith’s Champion will be a perfect fit. Not only does she increase the number of counters you or permanents you control get, she also allows you to play a Background.

There are several good backgrounds for white that will help. She is especially helpful with planeswalkers as she increases the number of loyalty counters they get, which helps you get an emblem even faster. Believe it or not, emblems are a big help in Commander.

1 Deep Gnome Terramancer Is A Ramp Spell For White 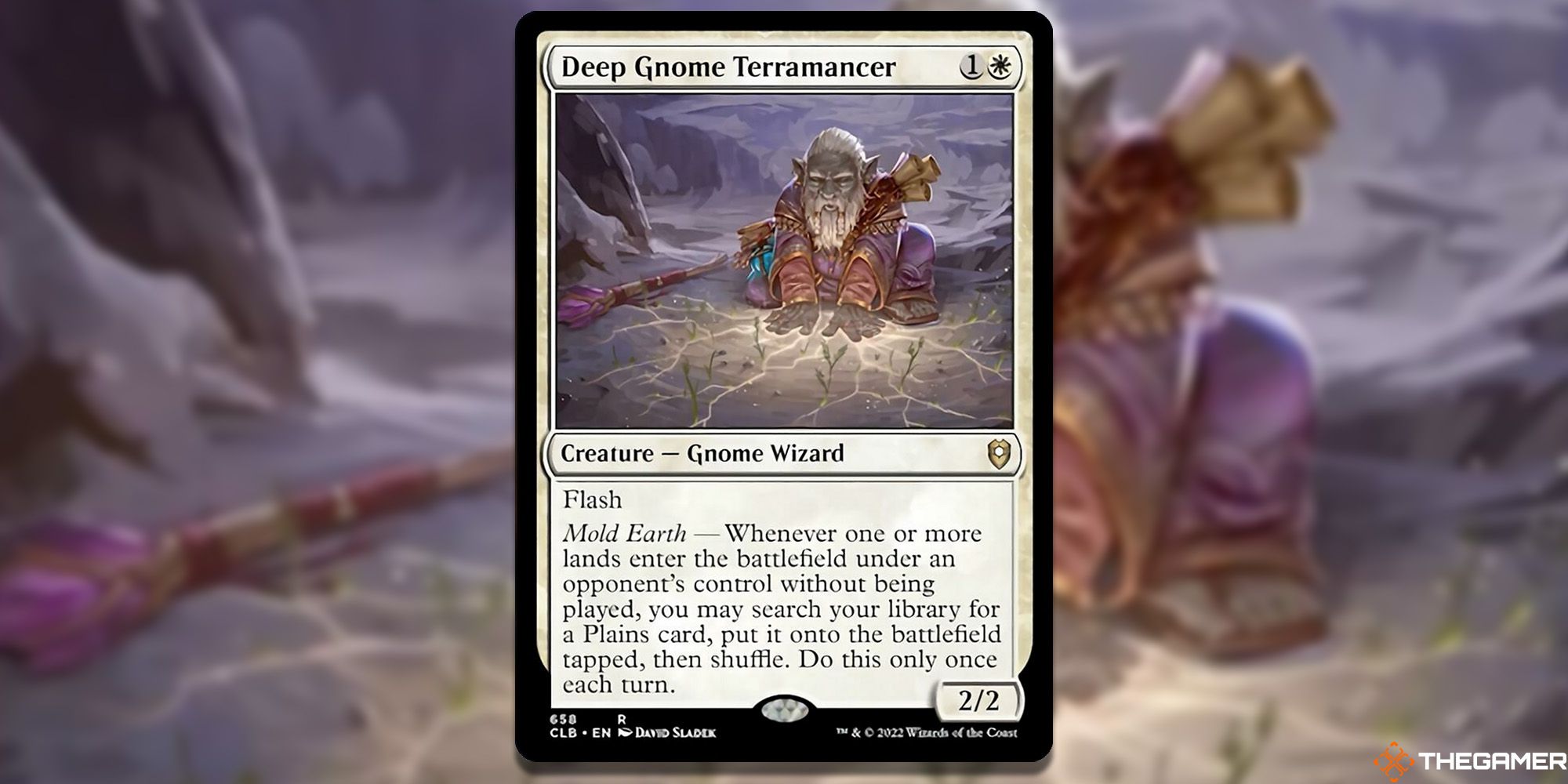 When your opponent plays Jaheira's Respite, one of the best green cards in Battle For Baldur's Gate, you'll be happy you have this guy in your hand. This hatebear is going to help you keep up with those pesky green players that like to ramp into powerful spells.

Deep Gnome Terramancer’s ability might only trigger once a turn, but it allows you to fetch any Plains card. It doesn’t have to be a basic land. If you’re playing a multicolor deck, you most likely have shocklands or tricycle lands, so go wild and nab yourself one of those when your opponent ramps.