You are here:
Home / Moonscars Review – Soulslike Yet Soulless

Moonscars understands that one of the biggest draws of Dark Souls is its sense of mystery. Most games in the soulslike genre use their environments to tell their stories, making the player piece together a coherent narrative themselves. It’s a method of storytelling that FromSoftware has mastered, using memorable characters and visual clues to flesh out their apocalyptic worlds and give them more depth. While a valiant attempt has been made in Moonscars to recreate that sense of intrigue, the execution is far from perfect.

The game starts with you taking on the role of Grey Irma, a woman with an attitude as big as her sword. You’re tasked with finding a deity called The Sculptor, as Irma seeks to have him explain the reason behind her own existence. The story and your end goal are deliberately vague, as dialogue from side characters and Irma’s own monologues are the main way in which you’ll learn more about this world and your personal motivations.

However, this vagueness only serves to make the game confusing. Instead of having you enter the world as a newcomer like in games such as Hollow Knight or Dark Souls, which Moonscars is clearly inspired by, Irma’s relationships with other characters are already established. You engage in lore-heavy conversations despite not knowing a single thing about the world you’re in. It’s like you’re finally sitting down to watch Game of Thrones for the first time but you’ve started in the middle of Season 4.

It also doesn’t help that most of the characters you encounter talk in riddles most of the time. All of these elements put together make Moonscars confusing at best and completely incoherent at worst. It’s a shame too because there’s a hauntingly beautiful and atmospheric world that I would’ve liked to know more about buried underneath all the talk of Clefts and Vessels. 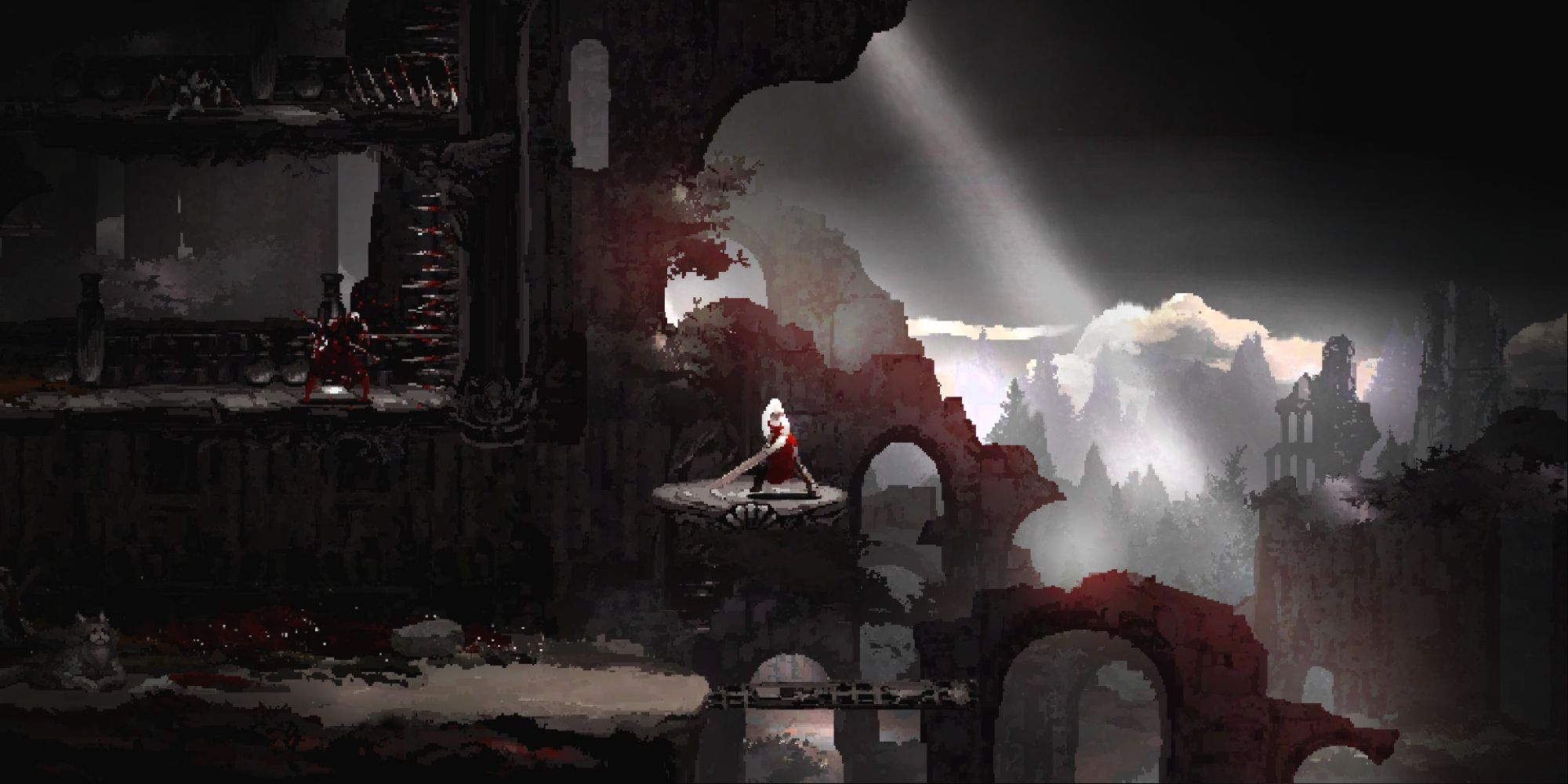 Thankfully, Moonscars also understands that another key aspect of a soulslike is the combat. Taking inspiration from games like Hollow Knight, combat is fast-paced and extremely aggressive, as you’ll need to strike enemies to build up Ichor, a substance that allows you to heal yourself. Ichor is also required to fire off powerful spells, making each fight a delicate balancing act that requires a bit more thought than just using your strongest attacks and hoping for the best.

The comparisons to Hollow Knight don’t end there either, as Moonscars is constantly giving you talismans that let you tweak your build. These can be bought from vendors or found in nooks and crannies across the world, and their effects range from increasing your damage with specific attacks to passively restoring your Ichor levels. Not particularly useful by themselves, but when combined and used alongside certain abilities, they allow for some interesting setups that let you get the best out of your favorite combat style. 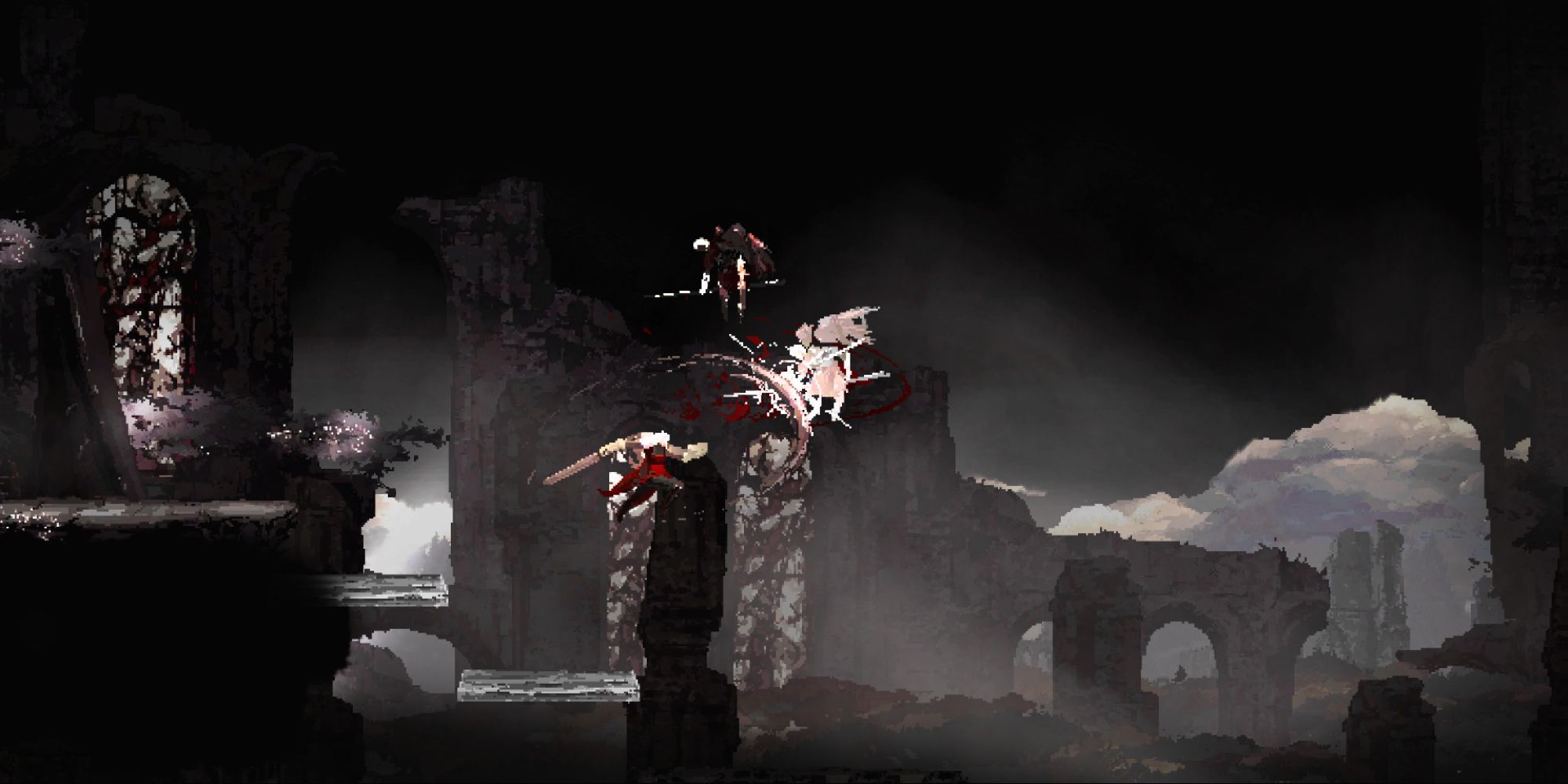 You’ll need to make sure you’re as powerful as possible as well, as Moonscars doesn’t pull any punches. You’re going to have a tough time but it manages to tread that fine line between challenging and unfair, as enemy attacks are easy to read but tricky to deal with. It’s this balance that makes the game’s boss fights one of its greatest strengths, as each one provides a substantial yet enjoyable challenge that provides a moment of relief from walking the game’s labyrinthine corridors.

But while Moonscars does a good job of getting the basics right, its attempts to introduce its own spin on the genre aren’t very well implemented. For example, to activate Mirrors – Moonscars’ Bonfire equivalent – you have to shed your current form, losing all of your passive buffs and your secondary weapon in the process. To retrieve them, you’ll need to defeat a doppelganger that is left behind, a powerful clone who has all of your weapons and abilities. 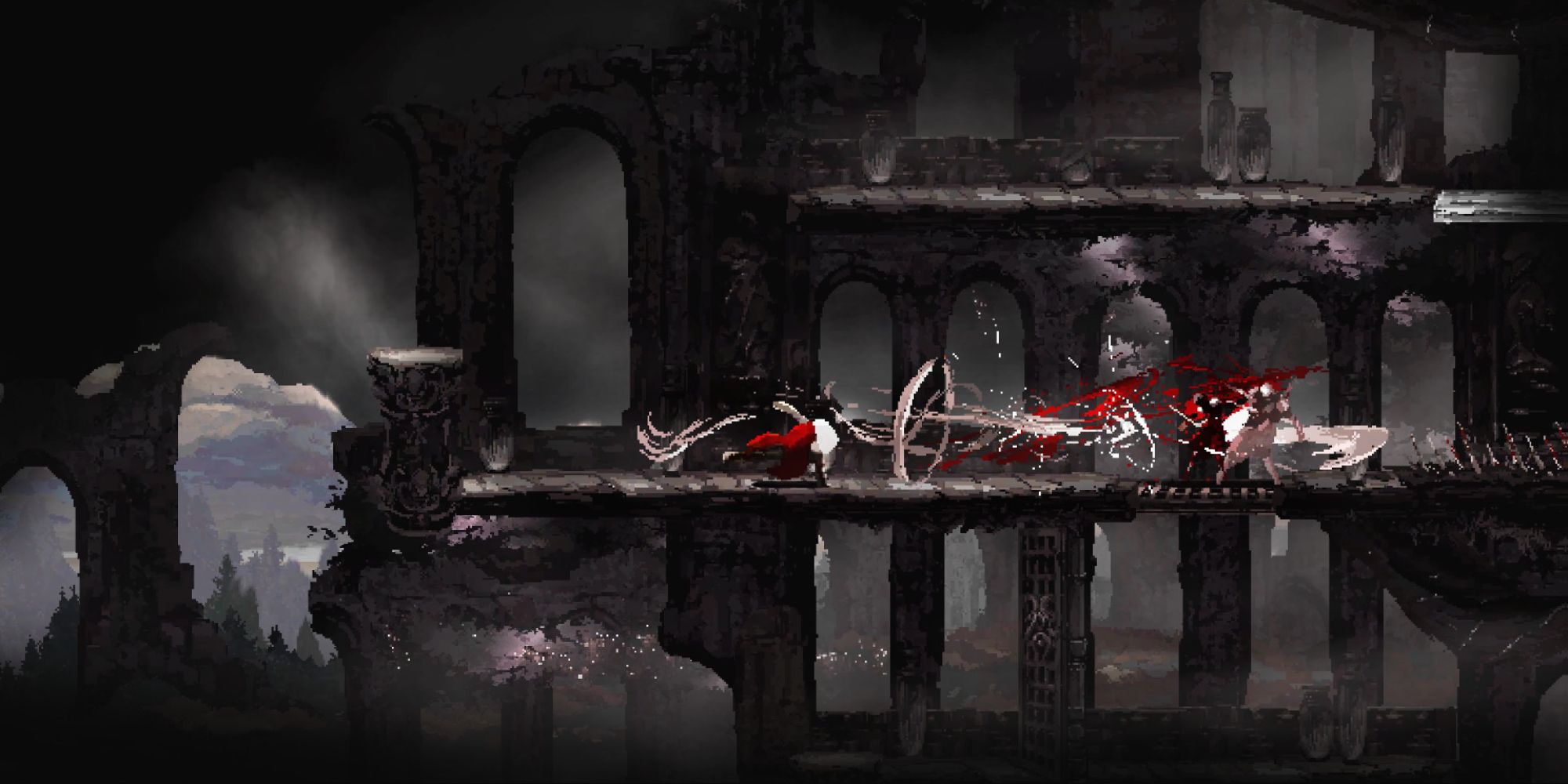 It’s a novel idea and the fights are fairly entertaining the first few times. However, forcing you to fight a powerful enemy each time you find a new Mirror gets old pretty quickly though, especially since they’re dotted about quite generously in the early stages of the game.

Another similarly interesting but flawed mechanic is Moonhunger, a state in which enemies are more powerful but drop more resources. This occurs whenever you die but can be reverted by defeating a boss or using an item called a Gland. Trouble is, Glands are quite scarce and the difficulty increase is negligible, making Moonhunger a slight inconvenience that is completely pointless to reverse.

Moonscars is a collection of good ideas executed poorly and held back by a baffling story. In the heat of battle with one of the game’s well-designed and memorable boss fights, it shines almost as brightly as those it's inspired by. Unfortunately, the saturation of the genre means it’s not enough to nail the core mechanics of a soulslike anymore, and Moonscars falls down whenever it tries to stand out. It’s a fun enough time if you’re wild for the genre, but those looking for something more unique should steer clear.