You are here:
Home / Moon Knight: What Do The Gods Use Avatars For?

Moon Knight: What Do The Gods Use Avatars For?

Since the Marvel Cinematic Universe began in 2008, more and more mythical, cosmic beings have been introduced. It started with Thor and the Asgardians, Norse gods that ruled over the seven realms. We witnessed the immense powers of the Celestials, cosmic beings that helped shape the universe. Thor: Love and Thunder is set to introduce the Olympians, bringing Zeus and possibly Hercules into the fold. And now, with Moon Knight, the Egyptian gods have emerged as well.

It’s clear there are many beings in the MCU that label themselves as a god; hell, even Thanos tried claiming that he was a god when he acquired the Infinity Gauntlet. But the Egyptian gods in Moon Knight are actual gods in the same vein as the Asgardians and soon-to-be Olympians that humanity has worshiped for thousands of years. Unlike the Asgardians, the Egyptian gods do not walk among humans but instead, use human avatars. But for what purpose do the gods use avatars and why don’t they simply interact with humans themselves?

From The Dawn Of Time 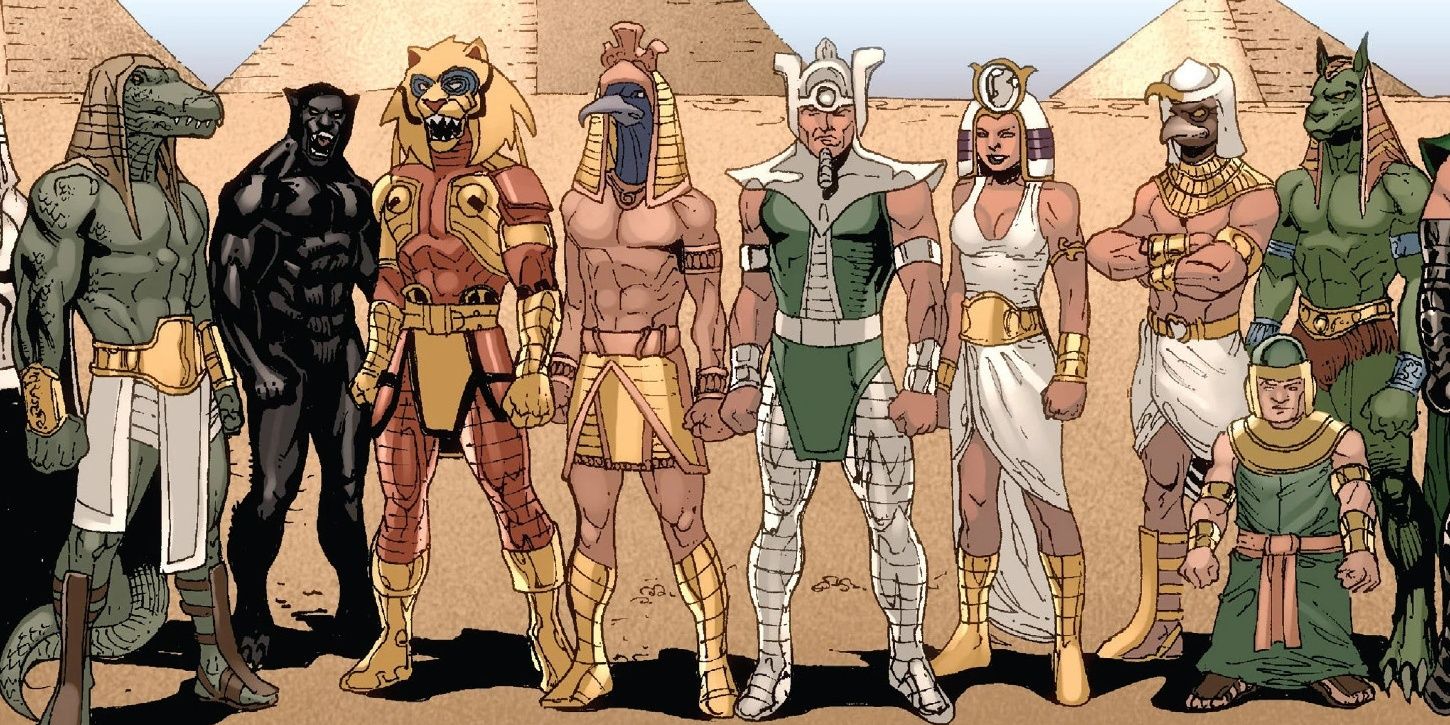 Believe it or not, the Egyptian gods have existed since 1,000,000 B.C., possibly even before that. These deities are known as the Ennead and reside in the Celestial Heliopolis, a pocket dimension just outside our own. It’s said that the Ennead first originated on Earth, where they ruled until 10,000 B.C. when human pharaohs began ruling over Egypt.

It was at this time that the Ennead discovered an interdimensional nexus that allowed them to travel to a pocket dimension that was adjacent to Earth and built the city of Heliopolis (similar to Asgard). The gods can travel to Earth along a golden bridge called the Path of the Gods, again, similar to the Rainbow Bridge of Asgard. 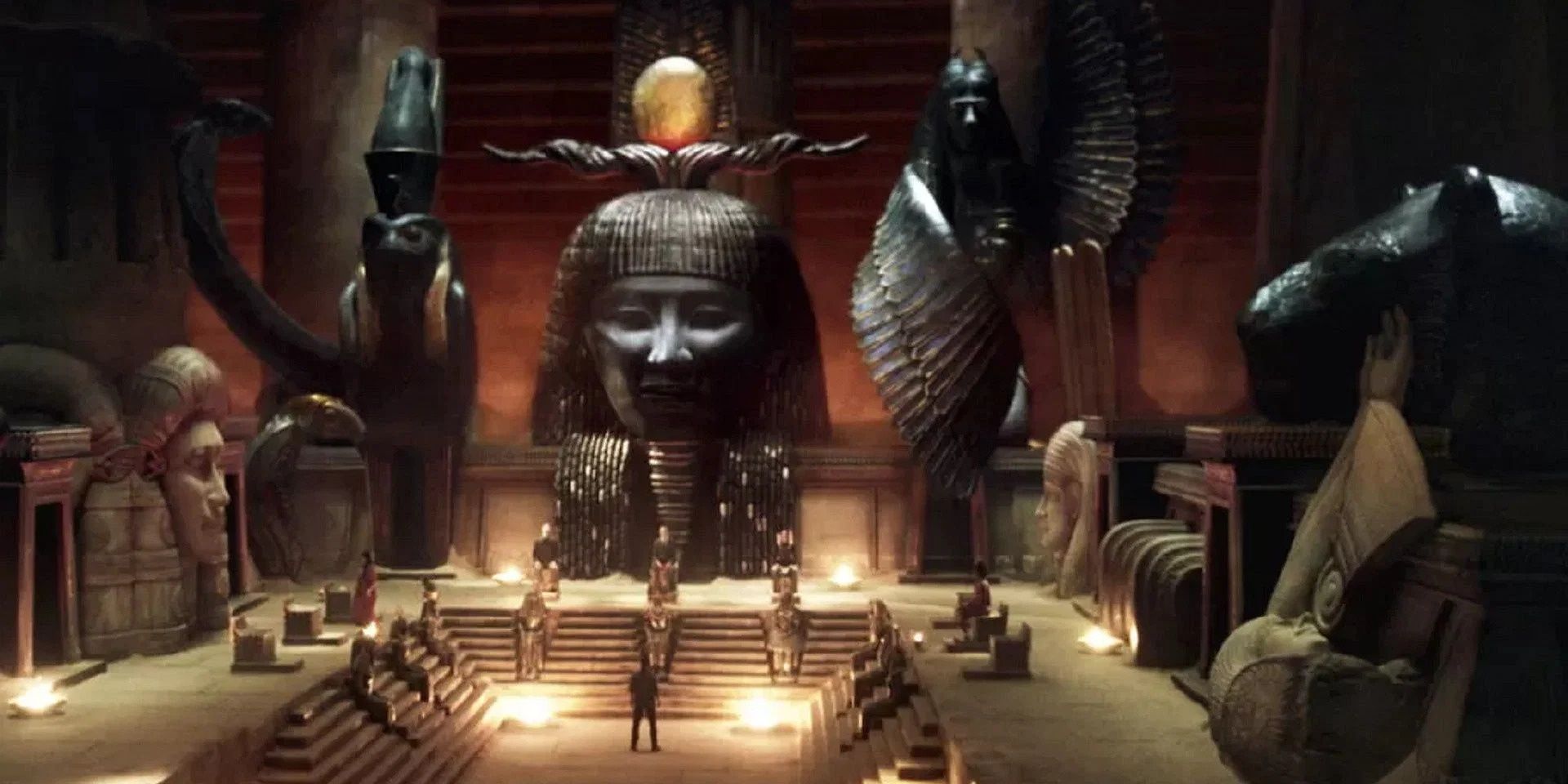 Once humans took over as rulers of Egypt and the gods migrated to Heliopolis, they collectively decided to no longer meddle in human affairs. Instead, the gods elected to choose various humans on Earth to act as their avatars, individuals whom they could monitor the world through their eyes. Although the gods were no longer interfering with humanity, they also swore to protect them from nefarious beings, which included themselves.

In episode three of Moon Knight titled “The Friendly Type,” Marc Spector and Khonsu summon the gods in the pyramid of Giza to accuse Arthur Harrow of seeking Ammit’s tomb. Ammit, otherwise known as the Eater of the Dead, would devour the dead who were judged unfit for acceptance into the underworld realm of Duat. In the MCU, it’s implied that Ammit does both the judging and devouring, instead of working with Anubis. The gods imprisoned Ammit to protect humanity but now, Harrow wishes to unleash Ammit to judge the people of Earth to uproot evil before it even happens.

Aside from Spector and Khonsu, five other gods are present for the summoning with their avatars: Hathor, Horus, Isis, Tefnut, and Osiris. While the gods appear to all be powerful in their own right, Osiris leads the meeting and accuses Khonshu of nearly exposing the gods to humans. Osiris explains how avatars are meant to be their guide on Earth and carry out their will without bringing attention to themselves, whereas Khonshu disagrees; the moon god believes avatars are not enough and requests the gods to come back from the Overvoid, lest they lose dominion of the realm. Ultimately, the Ennead do not side with Khonshu and elect to continue to monitor humanity from afar through their avatars.