Monster Hunter Rise: Sunbreak introduces Master Rank, and with it comes a new crop of challenging monsters. The main focus is the Three Lords, Lunagaron, Garangolm, and flagship Malzeno. Most of the new roster is made up of returning monsters, like Shogun Ceanataur, originally from Monster Hunter Freedom 2.

Shogun Ceanataur and its relative Daimyo Hermitaur are the first Carapaceons in Monster Hunter Rise. Hermitaur, as the very first monster in Master Rank, is not hard. The same can't be said of Shogun Ceanataur. Its long, razor-sharp claws have a huge reach. However, it has a few weaknesses that will make it much easier to manage if you exploit them. 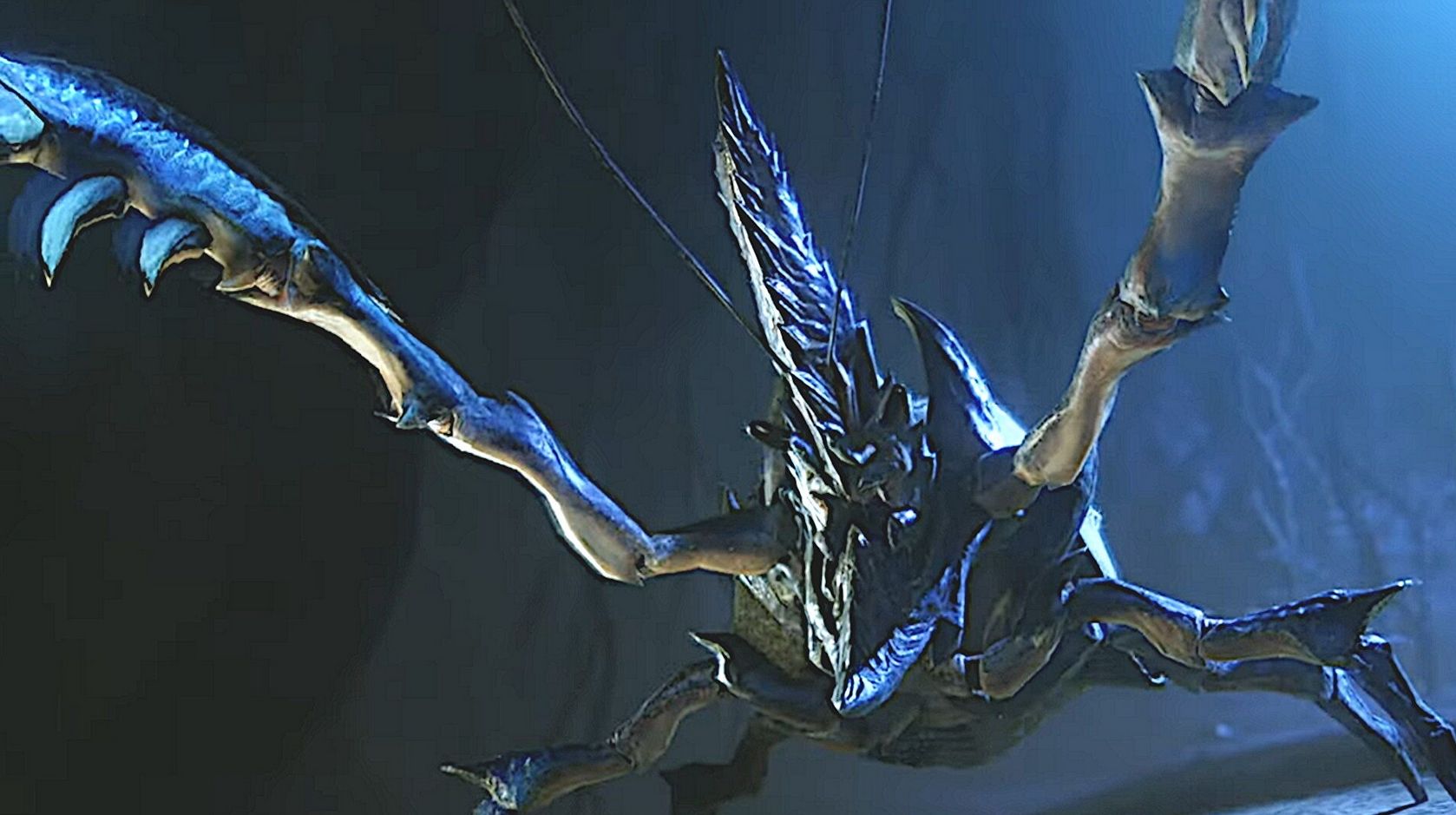 Shogun Ceanataur is an armored Carapaceon with a Gravios skull on its back. At first, it might not seem like it has weak points aside from the head, which is hard to reach. However, if you keep hitting its "shell" with a blunt weapon, it will break and reveal its soft abdomen. The exposed back area has great hitzone values, so hit it hard while it's there.

Elemental weapons are very effective against this monster. It is very weak to both Thunder and Fire, and the only element it's fully resistant to is Dragon. Blast also works well, especially when dealing damage to break the shell. 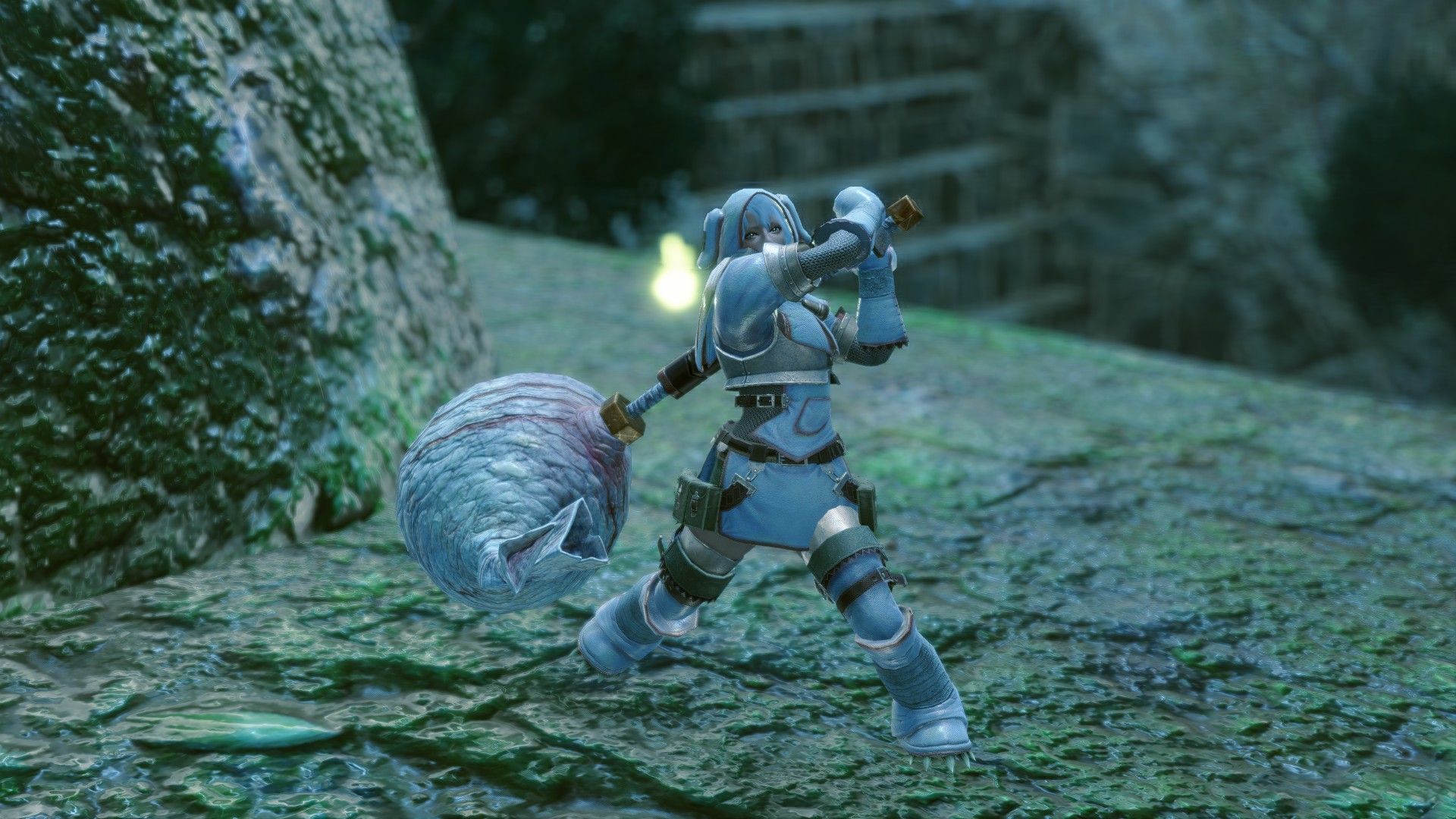 Since Shogun Ceanataur's shell is weakest to blunt and Thunder damage, the Hammer and Hunting Horns from the Khezu Tree are ideal. The Bag o' Thunder + and Khezu Flute + have great Thunder damage at this point in the game. The Khezu Flute also has a melody that will boost your elemental damage output.

You should also look into the Khezu X armor set, especially if you are going with the Hammer. Focus, Slugger, and Thunder Attack are all perfect skills for this hunt. It is a good idea to throw in the coil from the Bone X set, which has Level 2 Partbreaker. For Hunting Horn players, do not forget a Sonorous Jewel decoration to get Horn Maestro. There are no decorations that will protect you from Bleeding. If you are worried about the status, add Free Meal or Speed Eating decorations to use Sushifish most efficiently. 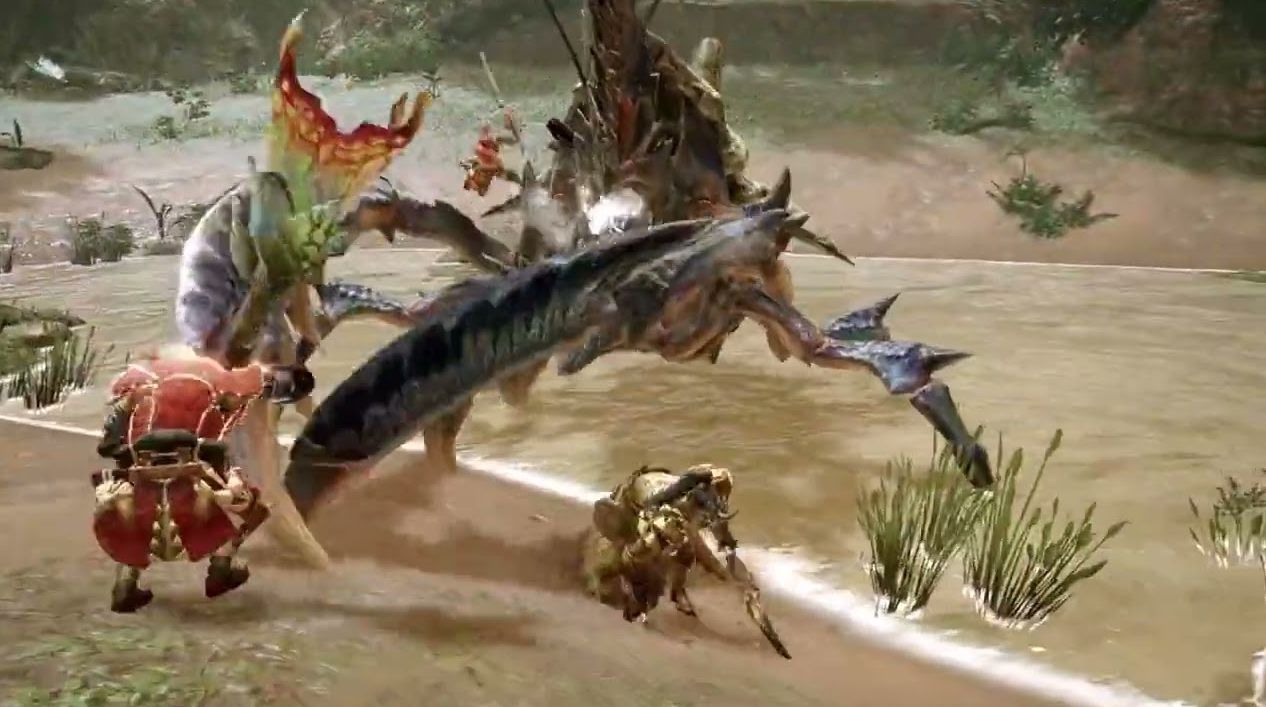 Shogun Ceanataur's sharp blades can give you the Bleeding status effect. You can remove Bleeding just by crouching – sheathe your weapon and press the dodge button without moving to crouch, and the status will soon disappear. This isn't always viable during a fight, though. You should also bring Sushifish to the hunt. Sushifish can be found by fishing, but they're also sometimes in stock at the Argosy. A Sushifish will restore some health and get rid of any Bleeding.

Focus your attacks on Shogun Ceanataur's shell when you can. The shell itself is very resistant, but remember that we're trying to break it. When it breaks, attack its abdomen with everything you have. The abdomen won't be exposed for too long, because the monster will eventually burrow underground and reemerge with a new shell.

When Shogun Ceanataur sharpens its blades, it's about to jump forward and stab its claws into the ground. If you dodge this attack, you can take advantage of an opening. Its claws will get stuck in the ground for a moment. The claws themselves are hard to break, but if you do break them, it will severely limit the monster's range of attack. 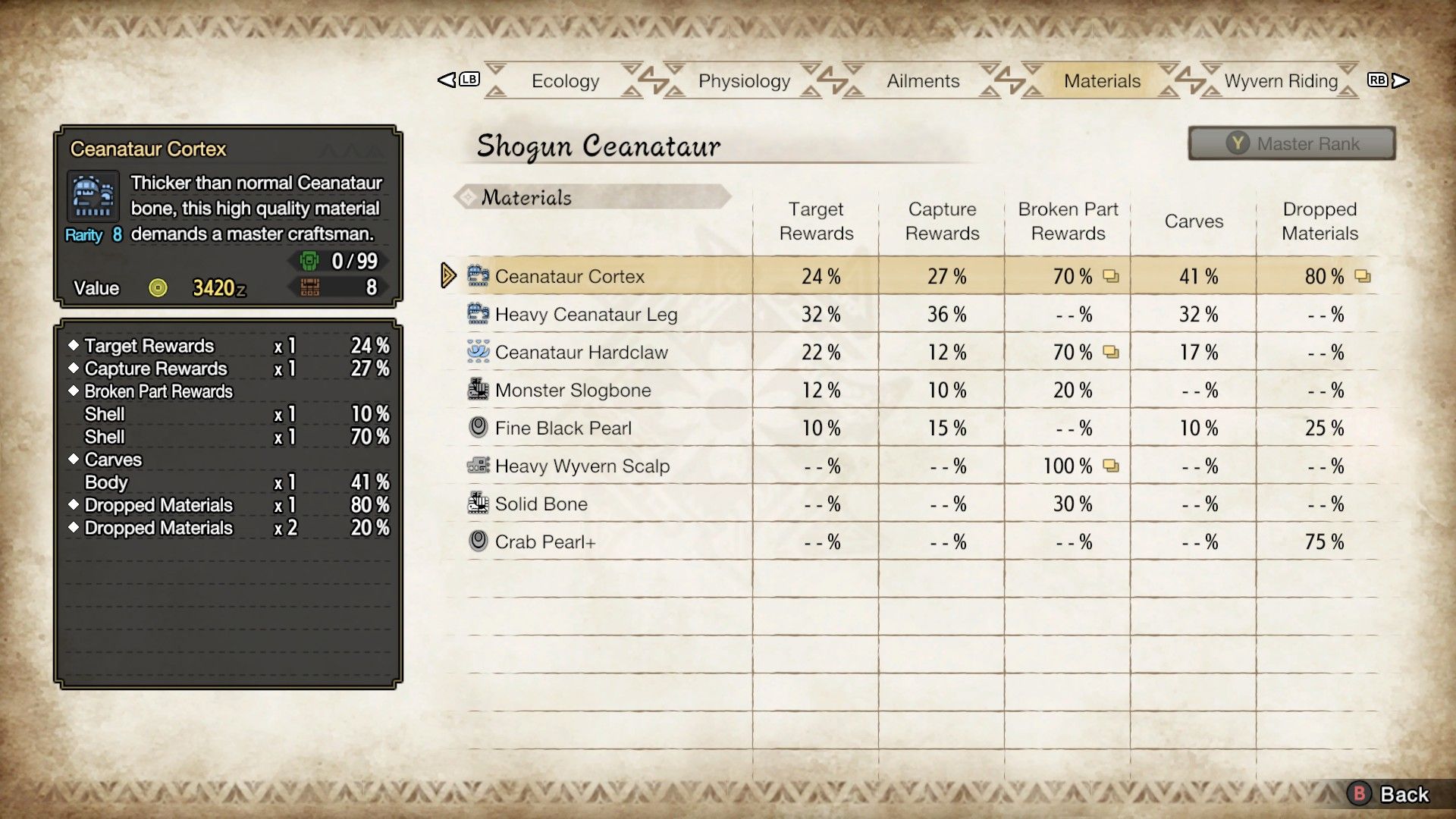