You are here:
Home / Monster Hunter Rise: Sunbreak – How To Beat Risen Teostra

Risen Teostra is the third Risen Elder Dragon introduced in Monster Hunter Rise: Sunbreak. Like the two other Risen Elder Dragons, Chameleos and Kushala Daora, Teostra has gained new power by overcoming the Archdemon of the Abyss's Qurio, allowing the monsters to enter a Risen state to enhance their natural abilities.

Essentially, Risen Teostra is a more powerful version of regular Teostra, with more attacks that deal even higher damage. This fight can be difficult, even if you have hunted dozens of Teostra in the past. Let's take a look at Risen Teostra's strengths and weaknesses, the best equipment to use for this quest, and some tips for beating it. 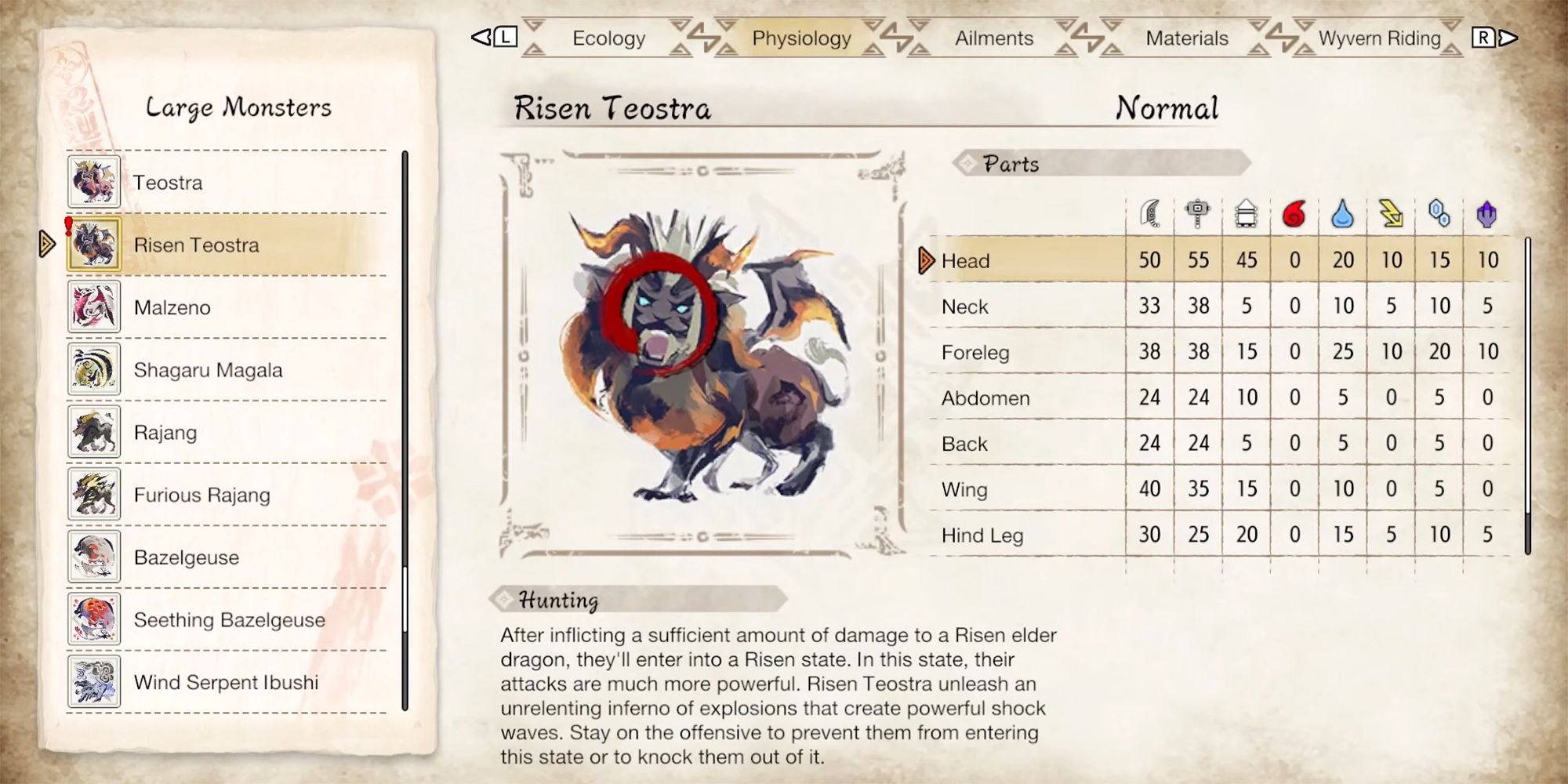 Risen Teostra has the same weaknesses and resistances as its normal version. Its biggest weakness is to Water element damage, and takes the most damage from attacks to its head, tail, and wings. Overall, slashing weapons will have the highest damage numbers, but blunt and ammo weapons can deal just as much damage through stuns and targeting weak points.

As you would expect, Risen Teostra completely resists Fire elemental damage, and takes reduced damage from Dragon and Thunder damage. For status ailments, stun works the best against Risen Teostra, and poison and blast work better than paralysis, sleep, and exhaust, but not by much. For this monster, you are better off using stun, raw or elemental damage, rather than other status effects. 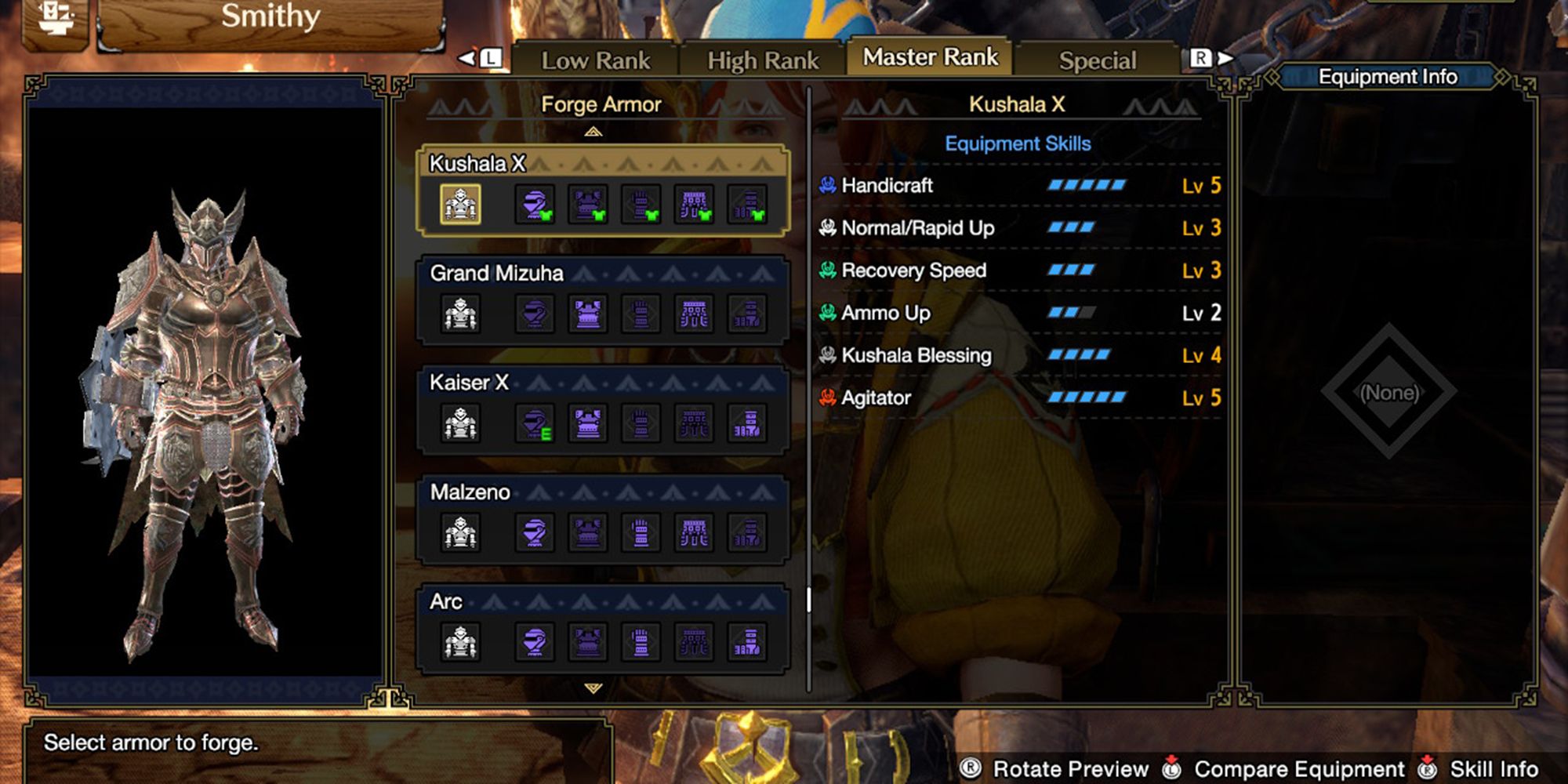 Because of Risen Teostra's weakness to Water damage, a weapon with this element will deal the most damage. Ice works well too, but is not as strong as Water damage. If you are using a slower weapon that doesn't apply elemental damage as easily, then raw weapons with no elemental damage will work best overall.

Risen Teostra will use several different Fire-based attacks, making armor that is highly resistant to this element preferred. Alternatively, you can use the Kushala or Risen Kushala sets to gain the Kushala Blessing armor skill. At level four, this skill will nullify Teostra's passive heat damage. Levels one and two will provide added Water and Ice damage, and level three will allow you to passively regenerate health past the red section.

Ironshell Decorations can also be used in place of the Kushala armor set to gain the Kushala Blessing armor skill.

Due to Risen Teostra's weakness to stuns, weapons like the Hammer, that can efficiently apply stuns can be very beneficial, especially if you are playing in multiplayer. Stuns can be used to gain a few safe seconds where Risen Teostra won't attack, which is invaluable when it is in its enraged Risen state. 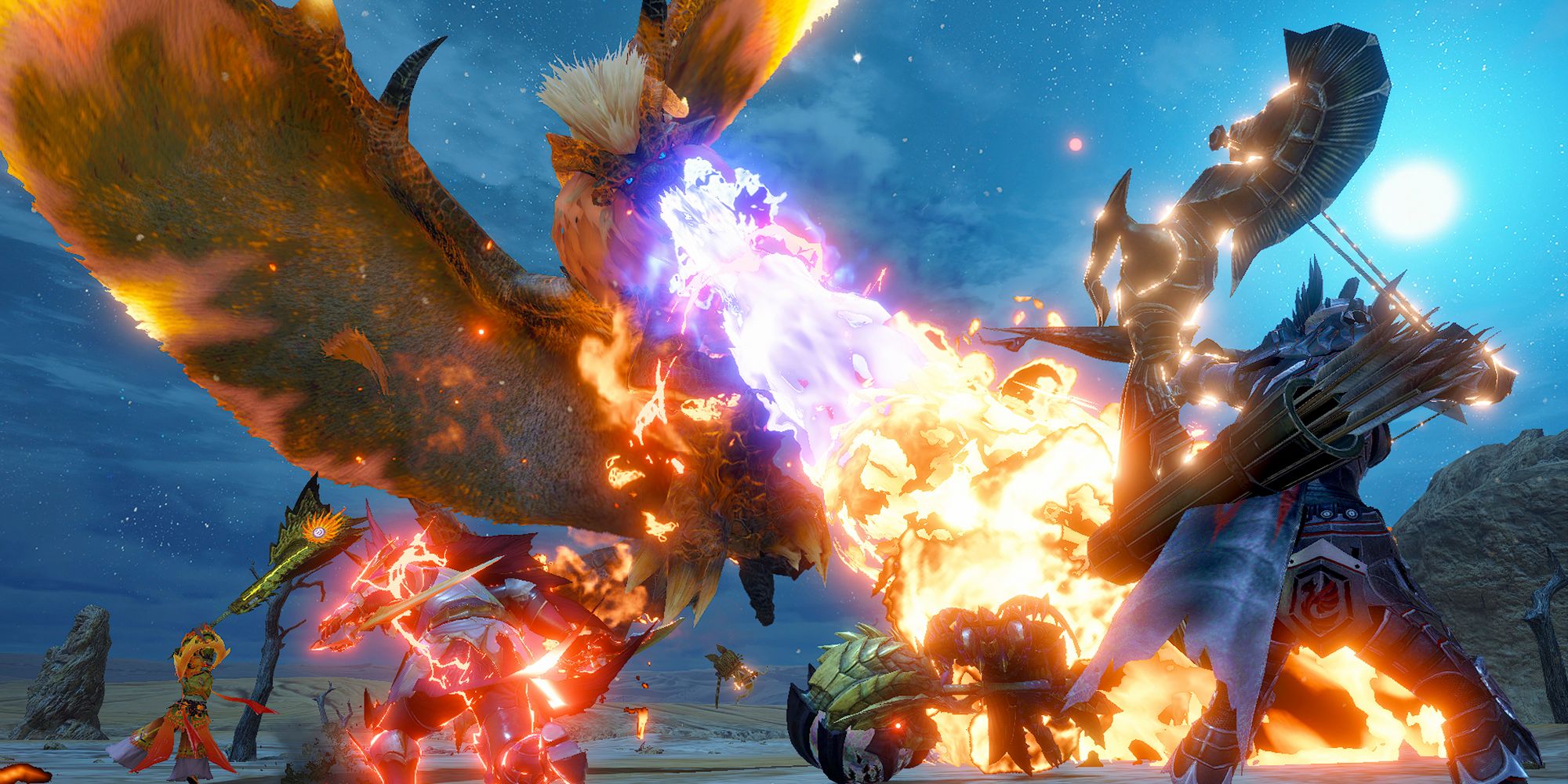 For the most part, this fight will feel very mechanically similar to regular Teostra. Risen Teostra will still breathe fire, scatter explosive particles, and use its Super Nova attack. However, unlike normal Teostra, you can't use a Flashbomb to knock Risen Teostra out of its Super Nova. When it begins charging this attack, get as far away as you can, as this attack has the potential to one-shot even the most heavily-armored Hunters.

Later in the fight, when Teostra is enraged, it will enter its special Risen state by exploding with Qurio energy. While in this state, Risen Teostra's attacks are even stronger and have faster animations. In particular, its attacks that utilize fire and explosions are powered up, dealing more damage and having larger areas of effect.

Risen Teostra is extremely dangerous in its Risen state, but the odds can be evened by knocking it out of this state. To do so, you'll need to deal enough damage to the monster. This can be done most effectively by attacking its weak points or stunning it. Alternatively, you can seek out and Wyvern ride another monster in the area, and use it to attack Teostra and knock it down. If another monster is nearby, be sure to use this mechanic to deal a sizable amount of damage to Teostra while remaining relatively safe from its attacks.

Outside of its Risen state, Risen Teostra will be much more manageable. You'll still need to watch out for its fire-breathing attacks, like its flying fire-breathing sweep or its standing fire-breathing explosion. Remember to roll a few times to stop yourself from burning if you are hit by one of these attacks. 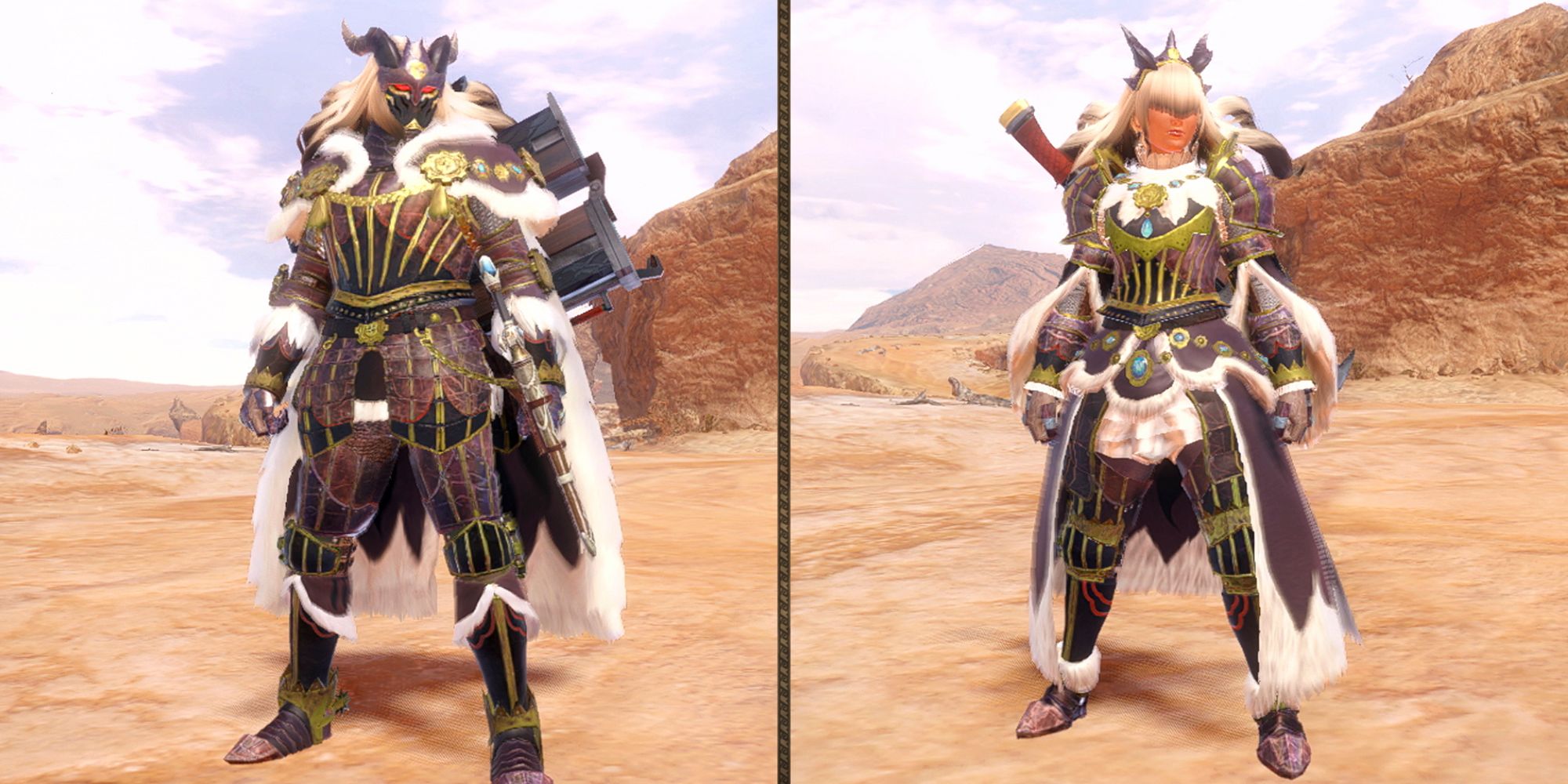