It might be hard to believe that Rajang could get any angrier, but Furious Rajang is living proof. It has golden fur even when it's not enraged, and when it gets truly mad, it has a variety of deadly lightning attacks. Furious Rajang is locked behind MR 50, so it's well into the postgame. This is absolutely one of the most difficult fights in Sunbreak, but even the Super Simian has its own weaknesses that a smart hunter can exploit. 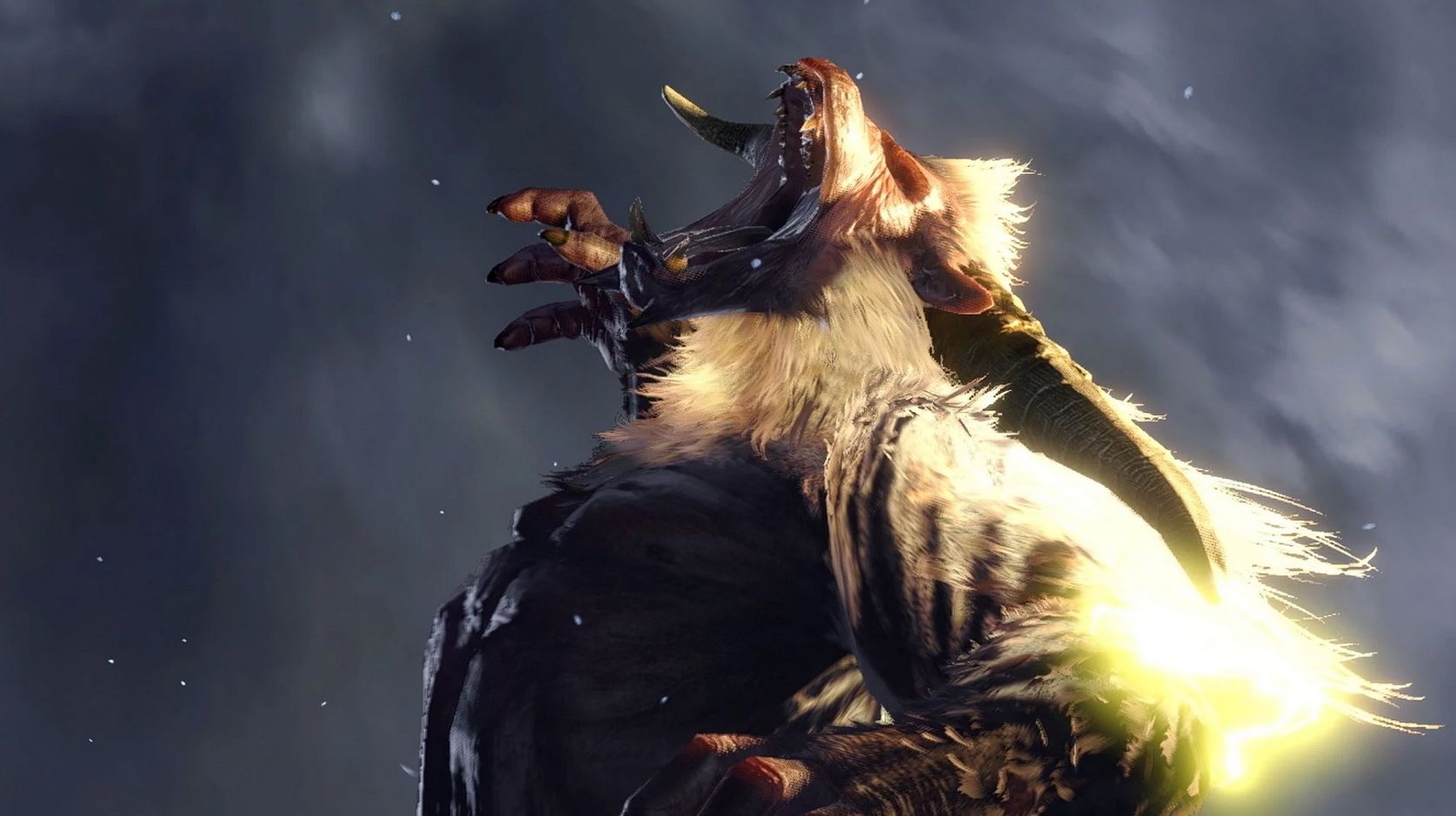 Furious Rajang doesn't have a tail. This means the only way to knock it out of rampage mode is to hit its head. Severing and blunt damage are equally effective here, and the hitzones for projectile damage are decent as well. Its weakest points are the head and forearms, which are unfortunately the most dangerous places for a hunter to be.

Furious Rajang is completely immune to Fire, Thunder, and Dragon damage. Its only real elemental weakness is Ice. Status ailments aside from Blast don't work particularly well either. Furious can be trapped and captured, but it may break certain traps depending on its rage state. Pitfall traps will not work in its "base" unenraged state, and shock traps won't work when it is rampaging. 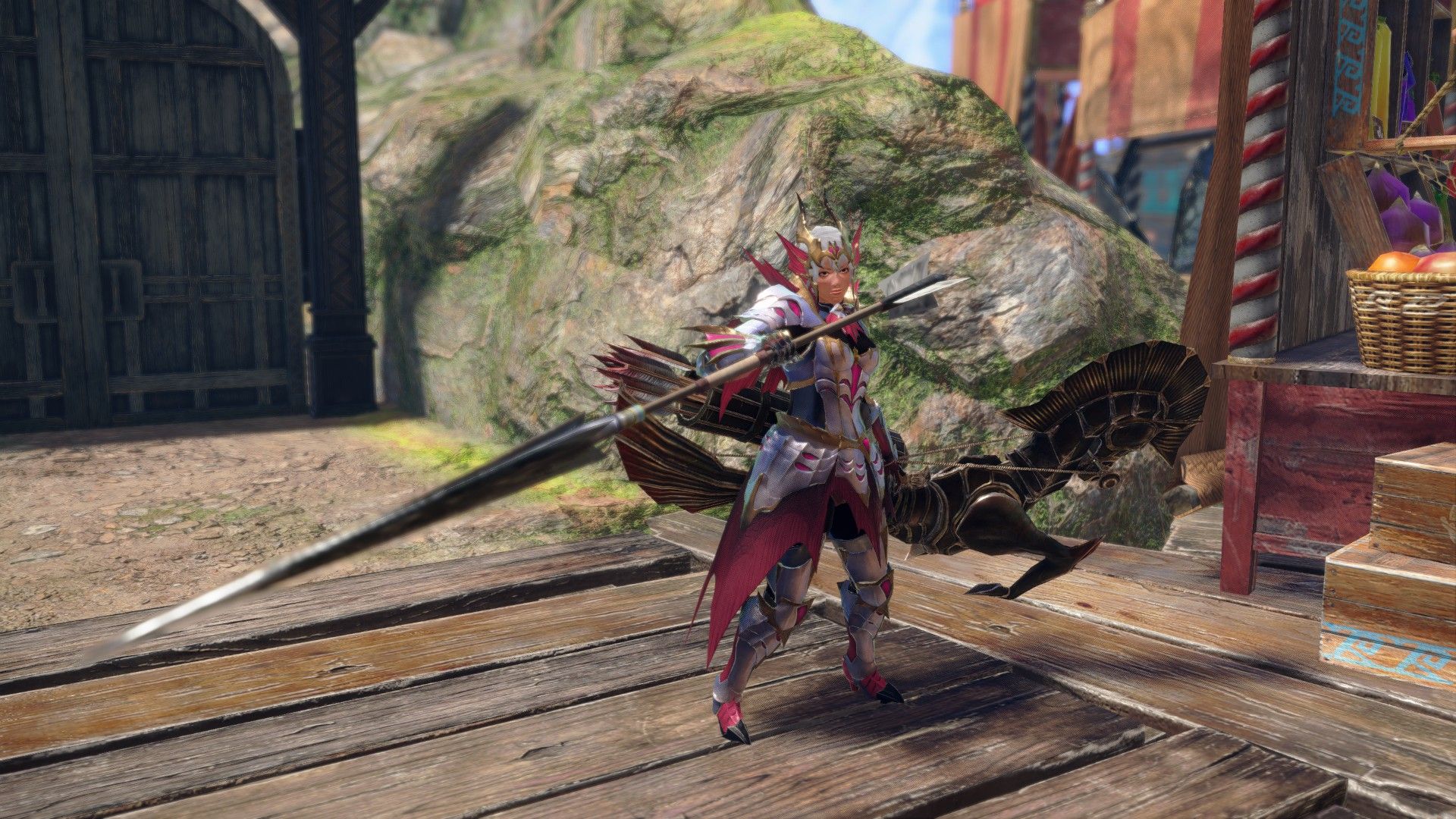 Hunters who aren't afraid of a high-risk-high-reward playstyle should use the Great Sword for this fight. The Great Sword has a long reach, insane damage in a single hit, and a guard for sticky situations. Use Daora's Decimator + for its innate Affinity and high Ice damage. If you aren't confident in your dodging abilities, using a Bow is better. Daora's Sagittarii + has the same high points as the Decimator – base Affinity, good Ice damage. The Rapid/Pierce/Pierce shots on the Bow will help you keep a good distance too.

The Malzeno armor set is one of the best sets in the game because of its exclusive skill Blood Rite. Blood Rite heals the hunter as they do damage to a broken part. The Malzeno Set also has Wirebug Whisperer for extra mobility. You may want to add in a few pieces from the Zinogre X set for Critical Element if you are using the Daora weapons. No matter what armor you pick, make sure you have high Thunder Resistance. Slot it in with decorations if you don't.

Furious Rajang retains many attacks from the nominate species, like the lightning beam and the cannonball. Its key difference is that it uses a lot more long-range Thunder element attacks, especially when it is enraged. It also has the rampage status – but since it has no tail, it's harder to knock it out of rampage. You have to hit Furious Rajang in the head to end its rampage. This is very hard to do, but it's possible if you're aggressive and good at reading the monster's movements. Rampage mode will end on its own after a while regardless.

This monster's greatest weakness is that it has huge openings after many of its big attacks. Like the regular Rajang, it's vulnerable while firing a lightning beam. It also has an attack where it pulls an enormous rock from the ground and throws it. The boulder is so big it's hard to evade normally, but there is more than enough time to sheathe your weapon and Wiredash to get as far away as you can. Furious Rajang will roar and beat its chest for a few seconds after throwing the boulder. This is a perfect opportunity to attack or heal.

Some of Furious Rajang's attacks create thunder shockwaves. Like Allmother Narwa's lightning explosions, you will see the ground glow yellow a few seconds before the blast, so they are easy to avoid. If you can get a third Wirebug while in the field, do so. The Wirefall is extremely precious during this hunt, since Furious Rajang will attempt to combo a hunter that doesn't dash away immediately after they're knocked down.

Watch out for Furious Rajang's grapple attack. When it grabs you and blasts lightning into your face, you will have a short window to Wirefall to the side as it tosses you into the air. If you do not dodge, you will get hit by the follow-up beam, and it's an almost guaranteed cart. 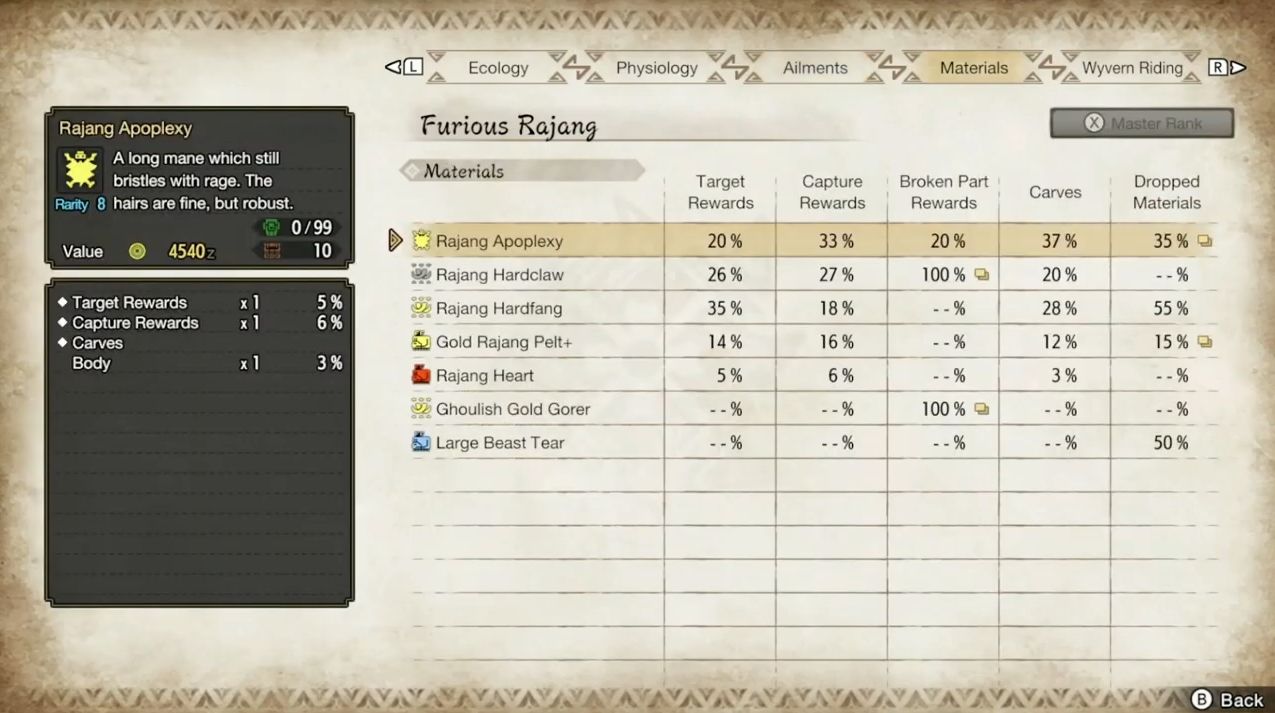