You are here:
Home / MMORPGs With The Best Storylines

MMORPGs With The Best Storylines

While massively multiplayer online games are best-known for their unique blend of challenging gameplay and social interaction, many of these games remain true to their RPG roots. Some of the most successful games in the genre offer an immersive story complete with expansive lore and worldbuilding, proving that it takes more than class mechanics and gearing systems for an MMO to truly stand the test of time.

While it's easy to talk about MMOs in terms of gameplay, this list is focused on the great games that go beyond fetch quests and generic plotlines. If you’re looking for memorable characters, epic stories that pull on your heartstrings, choices that matter, or even a little bit of humor—these are the online games you should play. 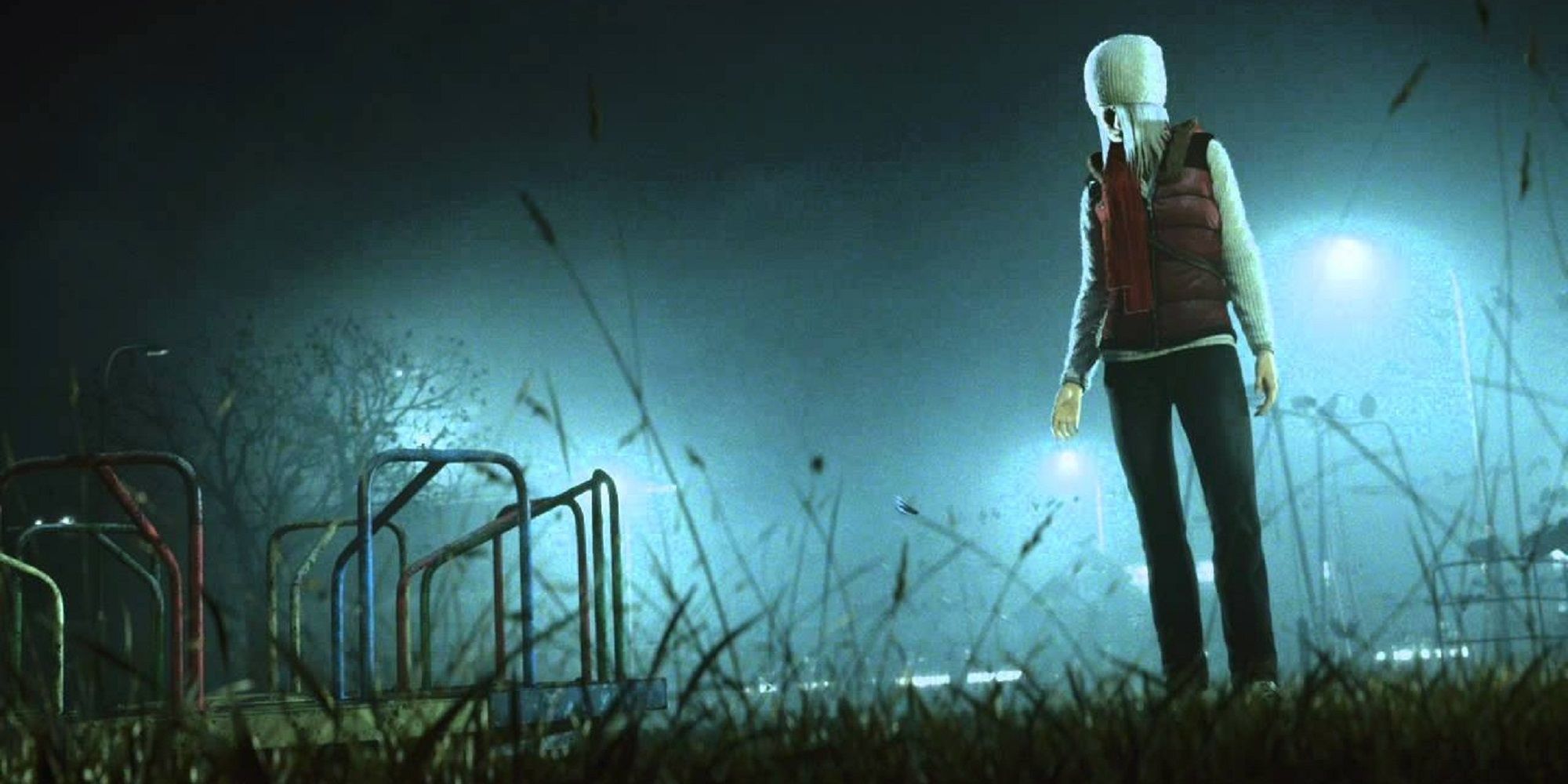 Secret World Legends puts a modern twist on the classic “good vs. evil” story with its real-world setting that puts human-only player characters up against secret societies, zombies, mythological creatures, and modern day power struggles. Missions are full of fantastic voice-acting that’s on par with some single-player RPGs, and side quests are their own self-contained mini stories that may or may not require combat.

While this part sci-fi, part supernatural, part horror MMO includes traditional hallmarks like raids, dungeons, and PvP, its cohesive and well-written narrative is its biggest draw. The base game is completely free, and when combined with the three DLCs, this game from the studio that made Conan Exiles offers more than 100 hours of storyline. 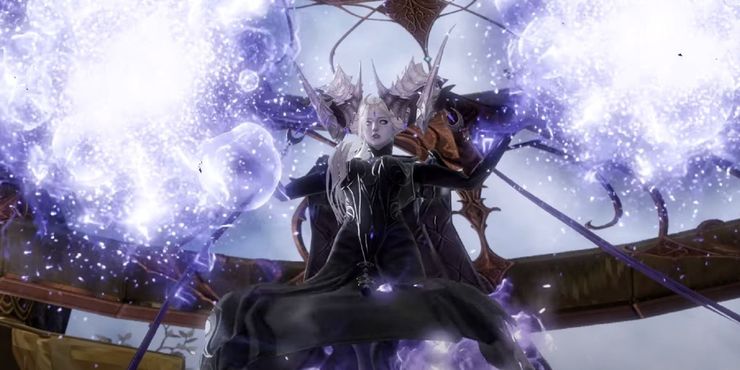 While Lost Ark has been available in South Korea since 2019, it’s relatively new to the North American market. The game is most notable for its unique mixture of top-down, isometric gameplay and MMO elements, but it also includes a long storyline with a memorable cast of characters.

While the overarching plot can be boiled down to “humans and angels fighting demons” it’s presented in a compelling way that doesn’t get bogged down with fetch and gather objectives—although you won’t escape those entirely. You’ll get cinematic cutscenes with dramatic music and sound effects, instanced areas for most of the main story’s major plot points, and unique story quests on every continent. 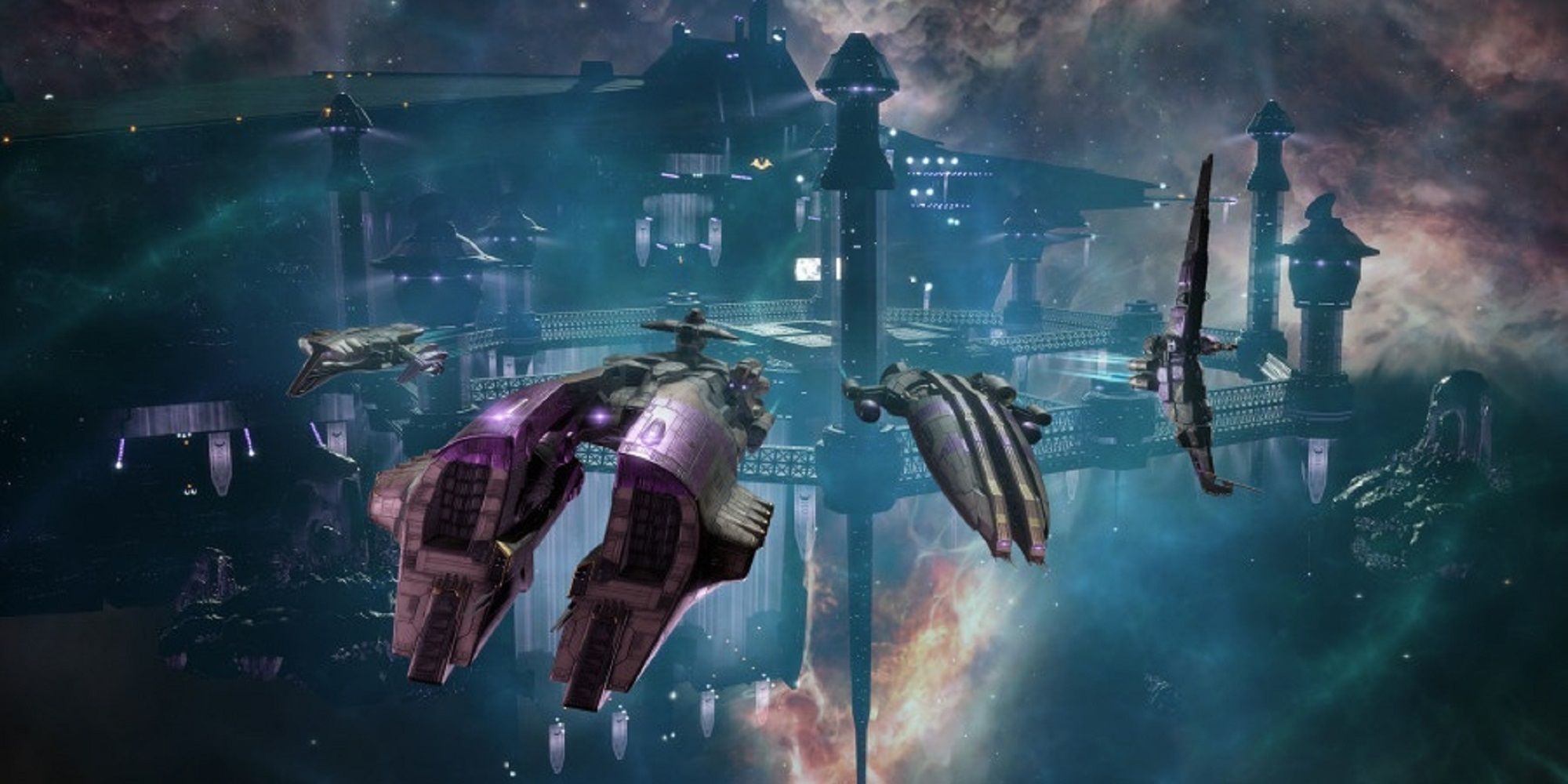 While EVE Online is a far cry from a traditional MMO, it deserves a spot on this list for its unique player-driven narrative. You start the game in the year 21000 as the capsuleer (or pilot) of a ship who set out to colonize the unexplored parts of space after humanity used up all of earth’s resources. Your objective is survival—but you won’t survive alone.

EVE takes the focus off PvE mission arcs, and instead allows you to write your own story by joining a player alliance to fight in massive space battles, becoming a pirate, going on missions for established factions, or by renouncing combat entirely and using your ship to gather raw materials that you sell to warring factions. 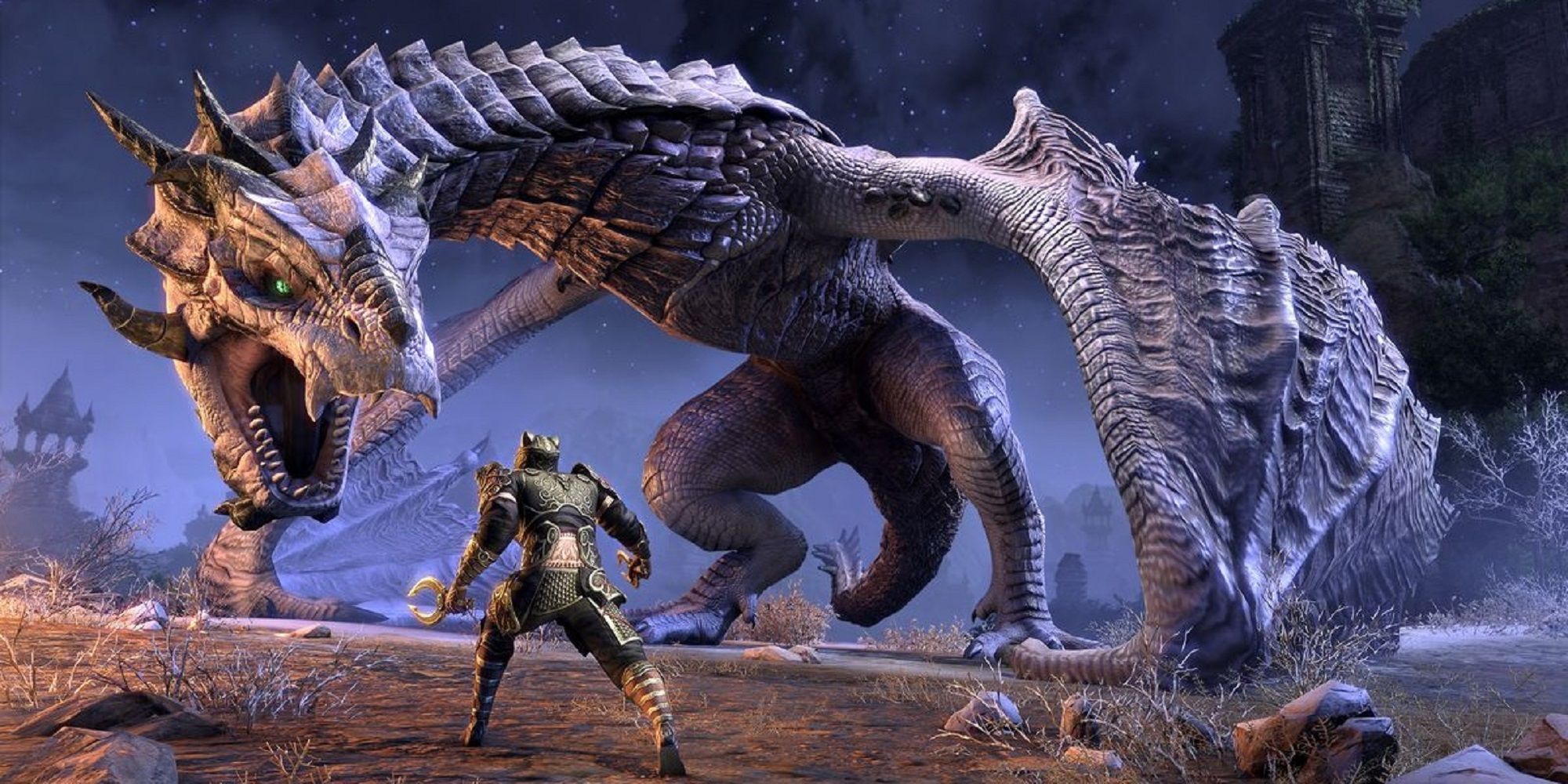 The Elder Scrolls Online may have had a rough launch back in 2014, but things took a turn for the better once the game dropped its mandatory monthly subscription in favor of a free-to-play model. With its MMO elements tied almost entirely to endgame content, the leveling experience feels about as close as you can get to a single-player RPG (without actually being one).

In true Elder Scrolls fashion, player characters start as a prisoner, but soon find themselves in the midst of over 100 hours of expansive storylines and memorable quests. The voice-acting is superb, and franchise fans will appreciate familiar locations like Orsimer, Morrowind, Elsweyer, and others. If you’re looking for a game that goes beyond social obligations and grinding for experience points, ESO has you covered.

4 Lord Of The Rings Online 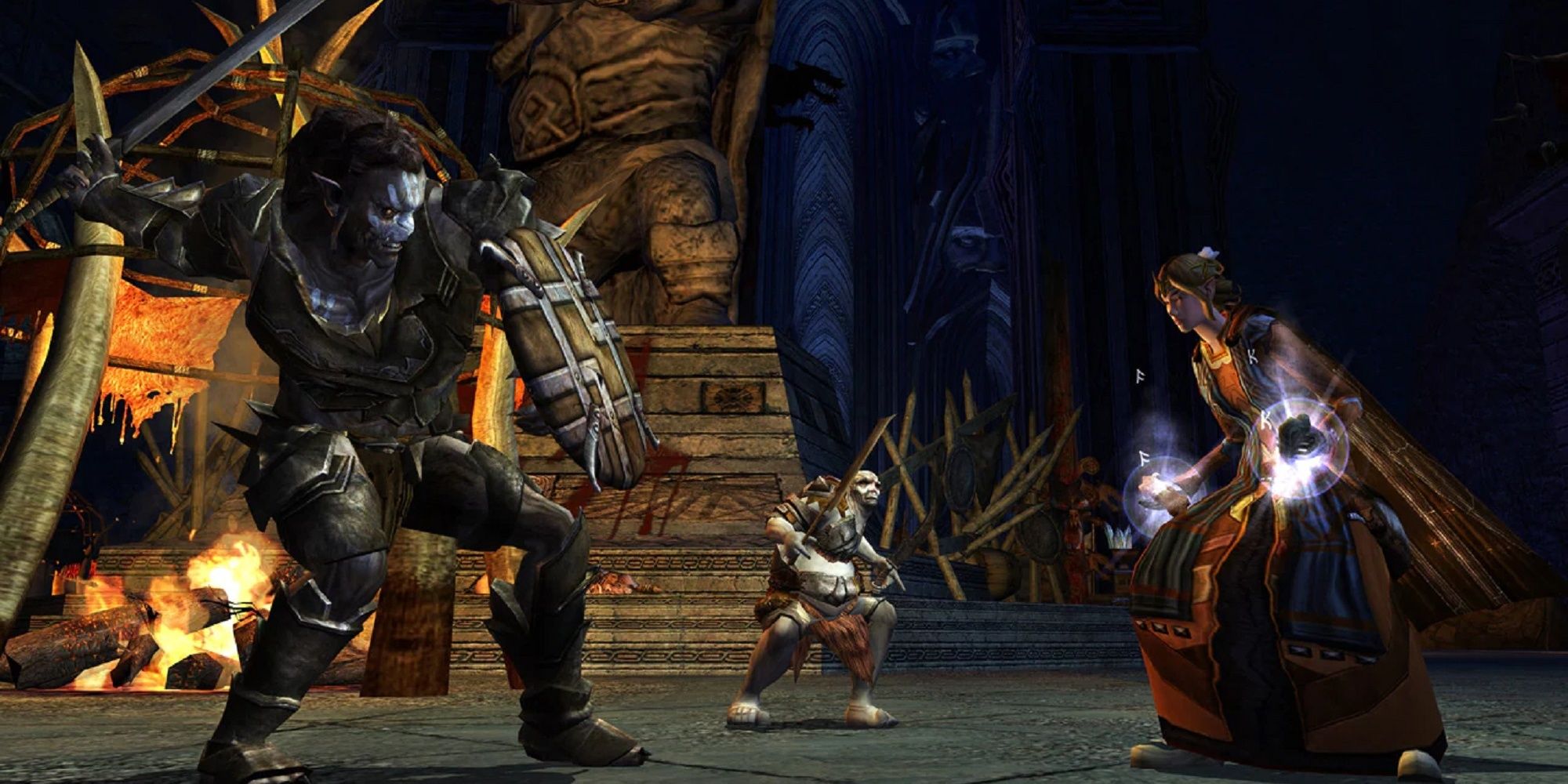 Lord of the Rings Online might be a 15-year-old MMO, but it still holds up as one of the best Tolkien adaptations to date. Sure, its graphics might look a little dated in 2022, but Turbine found a way to take a standard theme park MMO and make it feel like an interactive novel. The game stays true to the books—and you can find locations like The Shire, Rivendell, and Minas Tirith exactly where they should be.

You’ll also encounter famous faces and participate in battles based on actual book events as you progress through a main storyline (called the Epic Quest) that’s divided into a series of chapters. Whether you’re a diehard Tolkien fan or just looking for a tab-target MMO that has deep and expansive lore behind it, give LOTRO a try. The entire base game and most of its expansions are completely free. 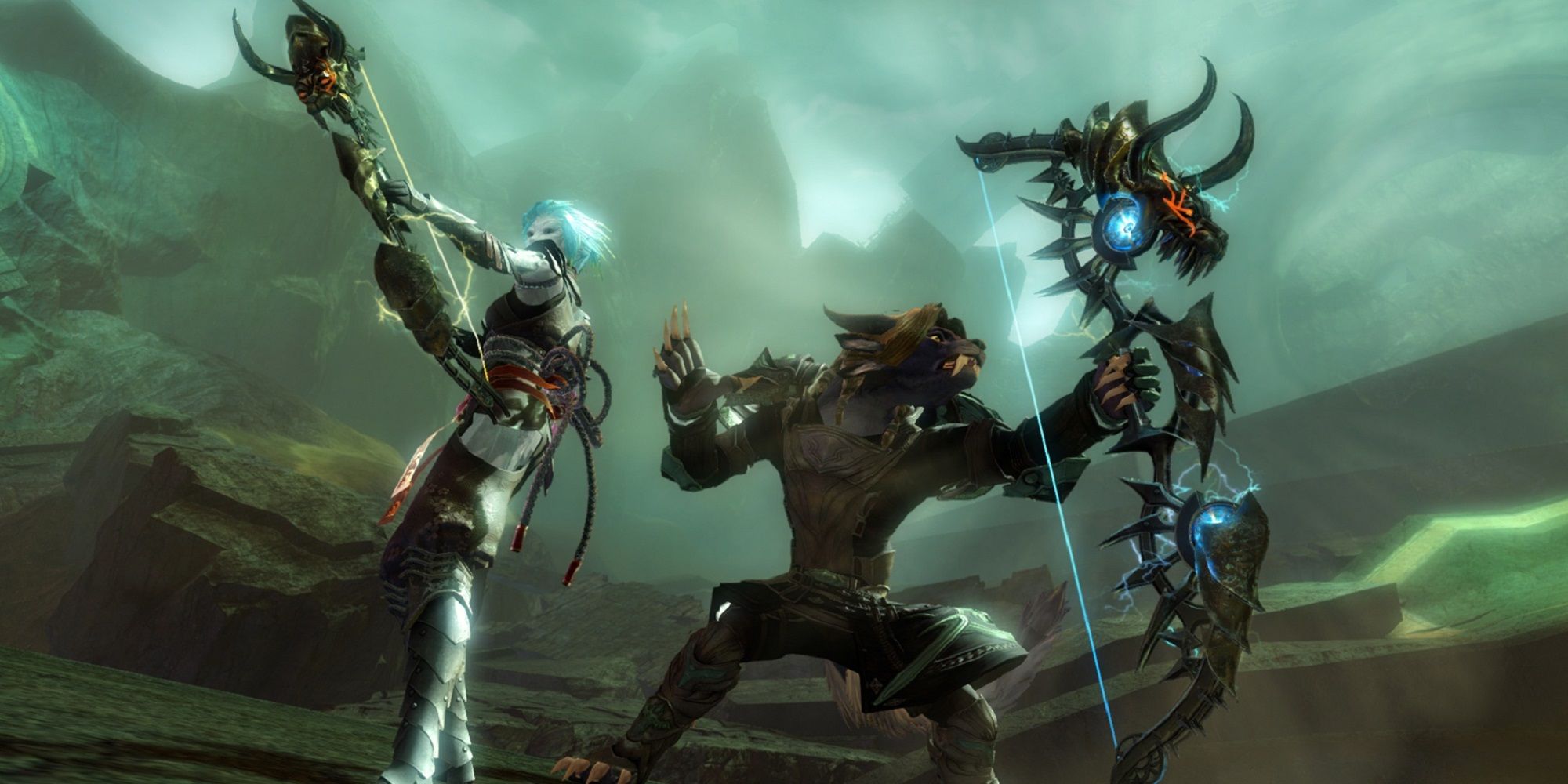 Guild Wars 2 takes everything we know from mainstream MMOs and turns it on its head. Quests aren’t organized into hubs, instead you encounter them naturally as you travel across Tyria—along with jumping puzzles, exploration areas, festivals, and open world meta events—and every single one of them includes NPC dialogue that gives you insight into bits of the game’s lore.

You'll start with a personal story based on your race and a main story about saving the world from the Elder Dragons, but ArenaNet also releases new narrative content with every season of the Living World. This means that even if you never set foot inside a dungeon or raid, you’ll always have something to do related to the ever-evolving storylines and lore. 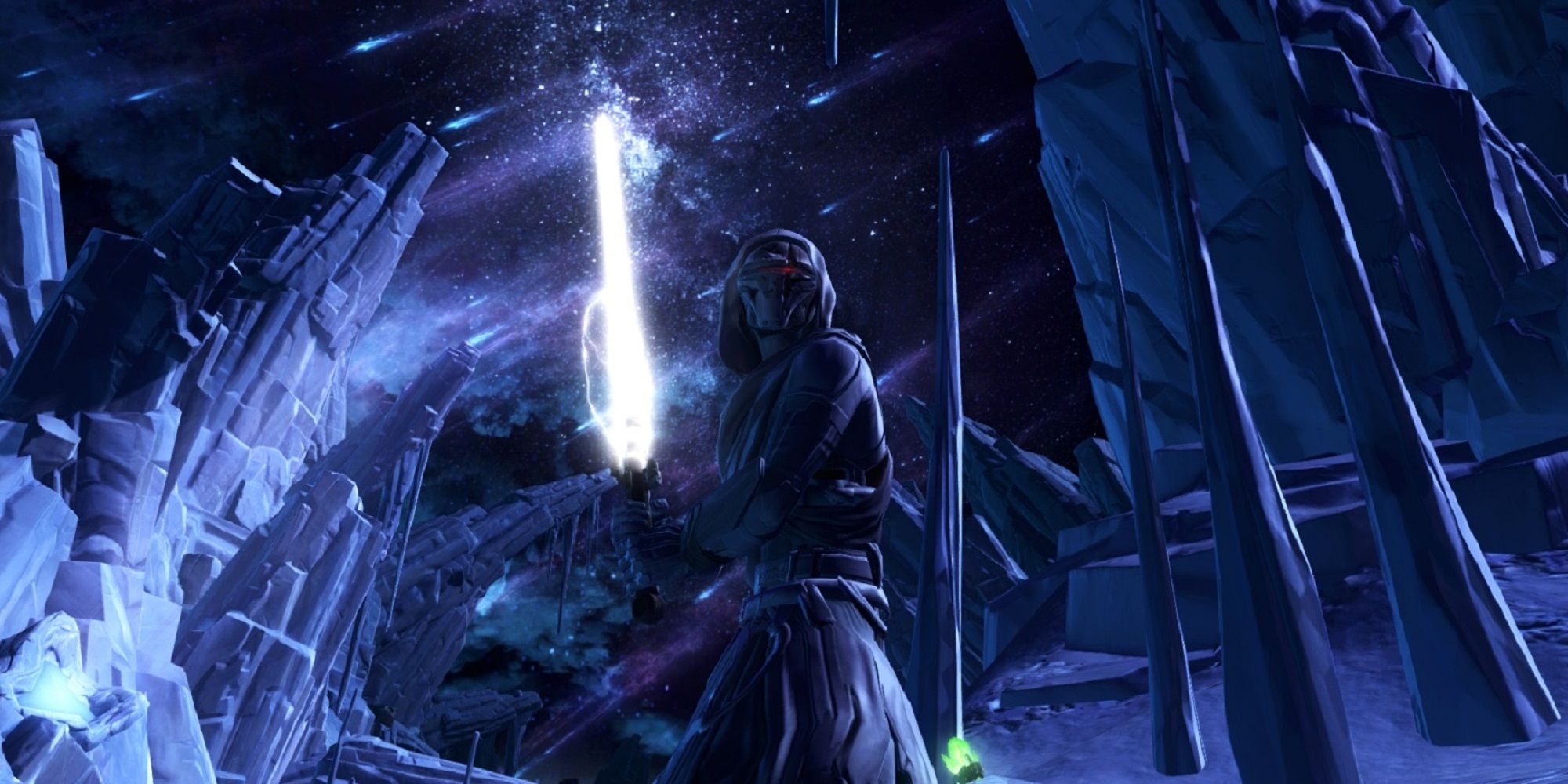 With a budget of over 200 million dollars, Star Wars: The Old Republic is one of the most expensive games ever made—and it shows, especially when it comes to the story. Between the eight origin stories based on your character’s class and allegiance, and six major expansions, the game offers hours of RPG-like narrative through cutscenes, dialogue choices, friendship-building, and more.

In addition to the main plot, each planet has its own unique story arc with more cutscenes and dialogue choices, and even side quests include voice acting and insight into bits of galactic history. In SWTOR, your character is measured by their relationships, not by their experience points. So if you’re looking for an MMO that lets you decide whether you want to be good or evil, diplomatic or ruthless, loyal or a traitor, you should give SWTOR a try. 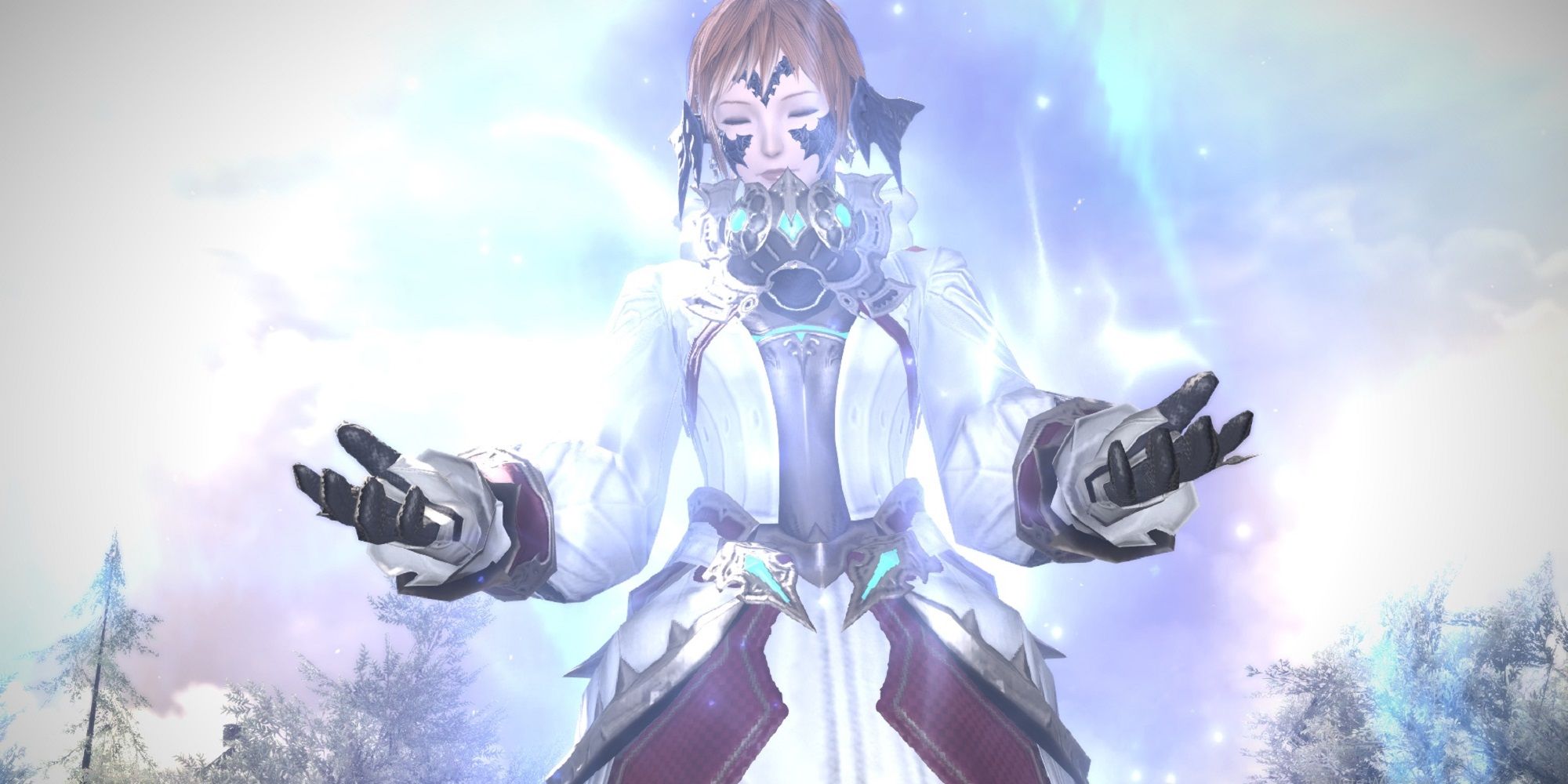 Final Fantasy 14 was widely considered a failure when it was released in 2010, but instead of letting the game die, Square Enix overhauled and re-released it a few years later. Since then, the game has steadily grown in popularity to become one of the best MMOs—with one of the best stories—of all time. Player characters start off as a lowly adventurer, but soon find themselves on an epic journey after befriending the Scions of the Seventh Dawn.

In typical Final Fantasy fashion, you’ll be immersed in a gorgeous and colorful world that’s full of memorable characters, heroic battles with dragons and other adversaries, silly side quests, and heartwarming stories that might even make you cry. A lot of FF14’s story might boil down to “good vs. evil”—but as the Warrior of Light, your character is always right in the middle of the action.