You are here:
Home / Minecraft: How To Make A Flying Machine With Slime Blocks

Minecraft: How To Make A Flying Machine With Slime Blocks

There are hundreds of machines that you can craft in Minecraft. One of the more bizarre choices is the flying machine made from slime blocks. This machine is powered by observers, slime, and pistons. Although it’s fairly slow, the flying machine is great for exploring wide areas of lava or the ocean.

This guide will go over the steps to build a simple flying machine, as well as where to use it. Gather your material and start flying! The flying machine will work in the latest 1.17 Caves and Cliffs update as well.

Materials Needed To Build A Flying Machine In Minecraft 1.17 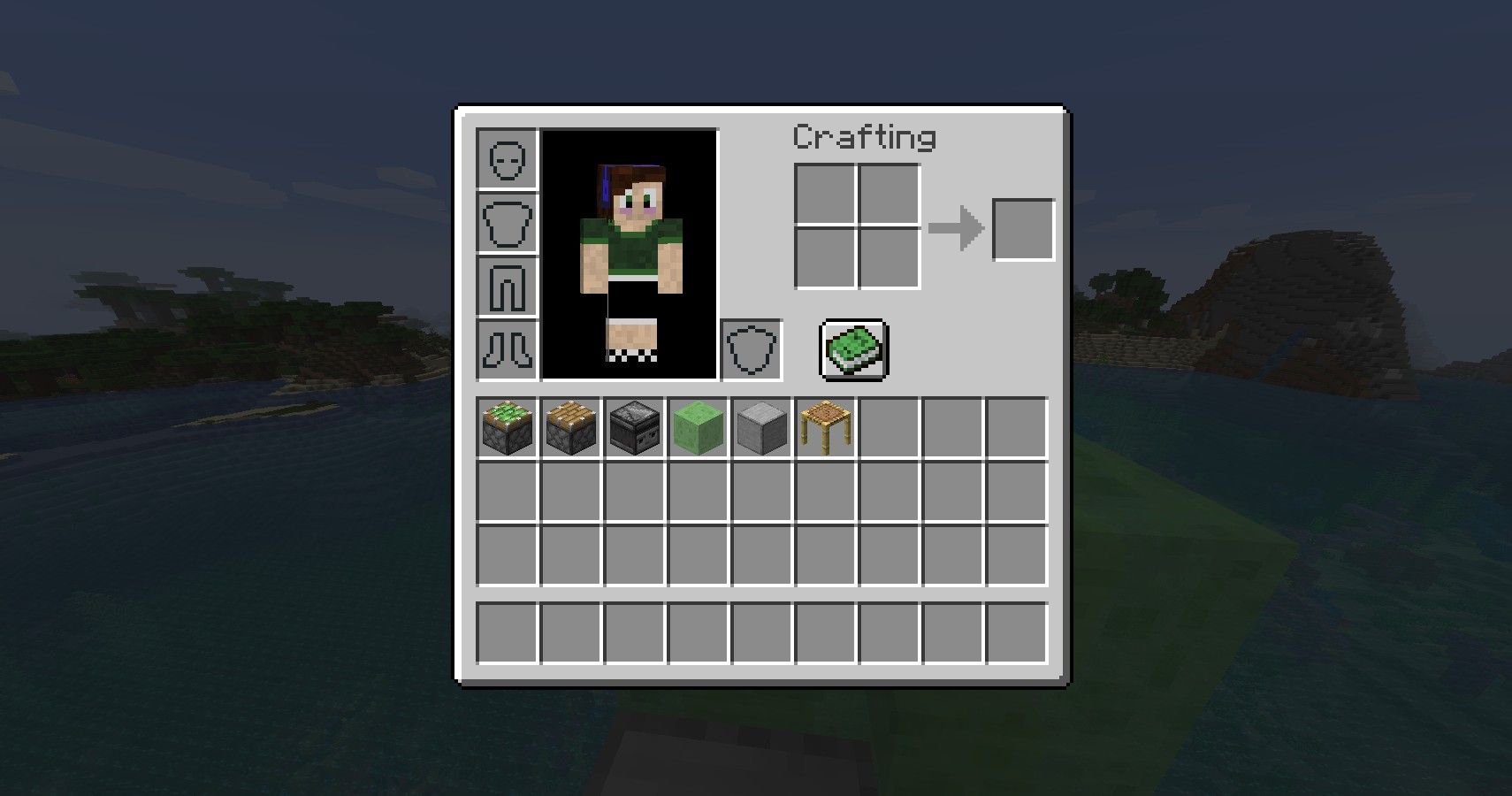 To build a flying machine, you will need the following materials:

This flying machine will be built in the air, so you will need scaffolding or temporary blocks to reach the top. To use scaffolding, just place it on the ground and click on the existing scaffolding. This will create a tower extending upwards. If you want to destroy the scaffolding, just break the bottom block and it will all come falling down.

The material in this build is pretty easy to get, but you may find it difficult to get slime blocks. A slime block is made out of nine slimeballs. These can be obtained by killing slimes that spawn in slime chunks below layer 40. It can be a bit hard to find slime chunks, but thankfully, this slime chunk finder is readily available. Just type in your seed name and the map will display all slime chunks in the world.

Occasionally, the wandering trader will also sell one slimeball for four emeralds. This isn’t the best deal, because you will need 63 slimeballs in total.

Steps To Make A Flying Machine In Minecraft 1.17 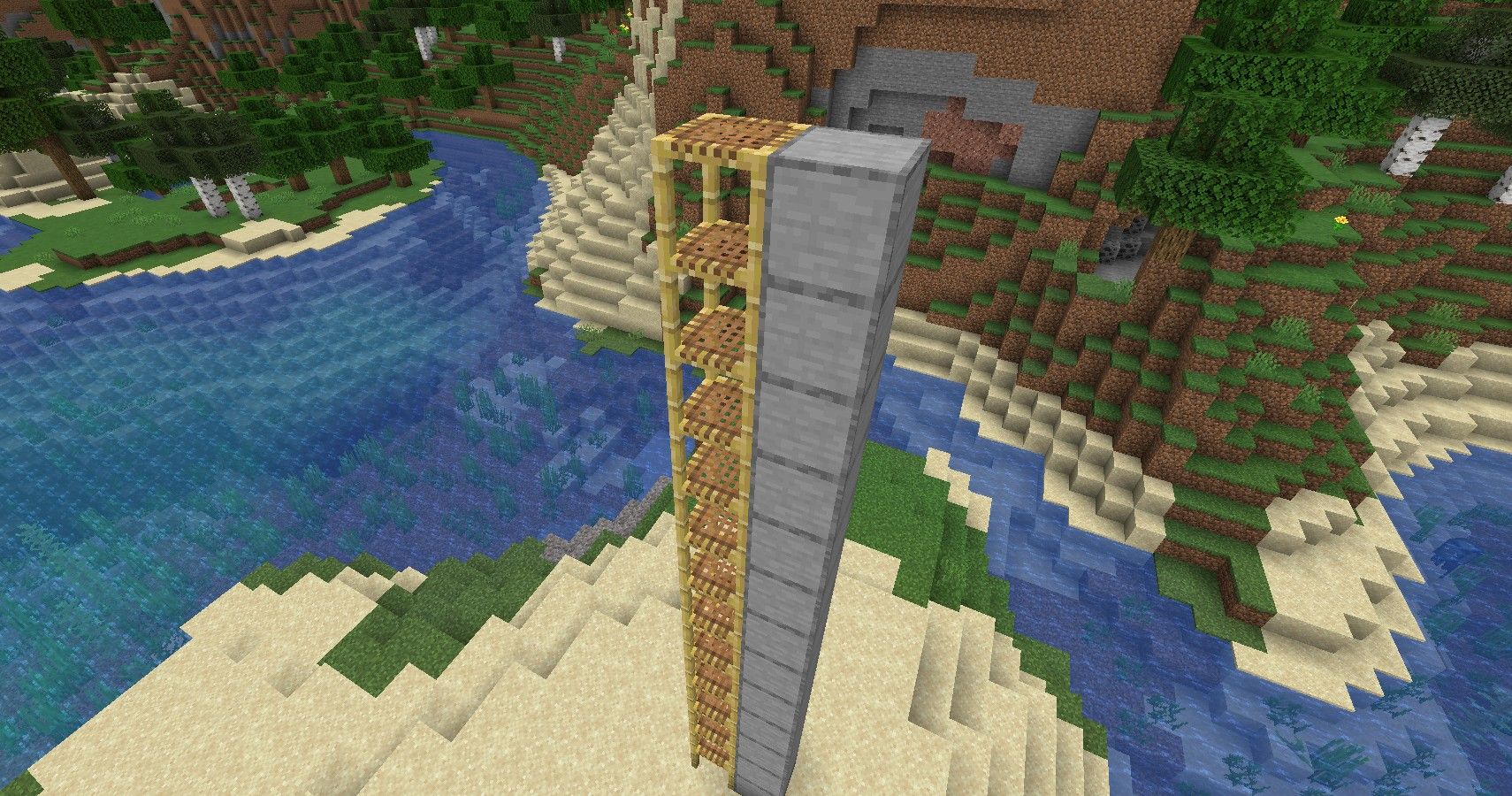 First, you will need to decide where to put the flying machine. Try to pick an area that is above all the surrounding landscape.

Once you’ve found your spot, create a foundation ‘pillar’. You can use scaffolding instead, but remember to go high enough so your flying machine doesn’t run into anything. 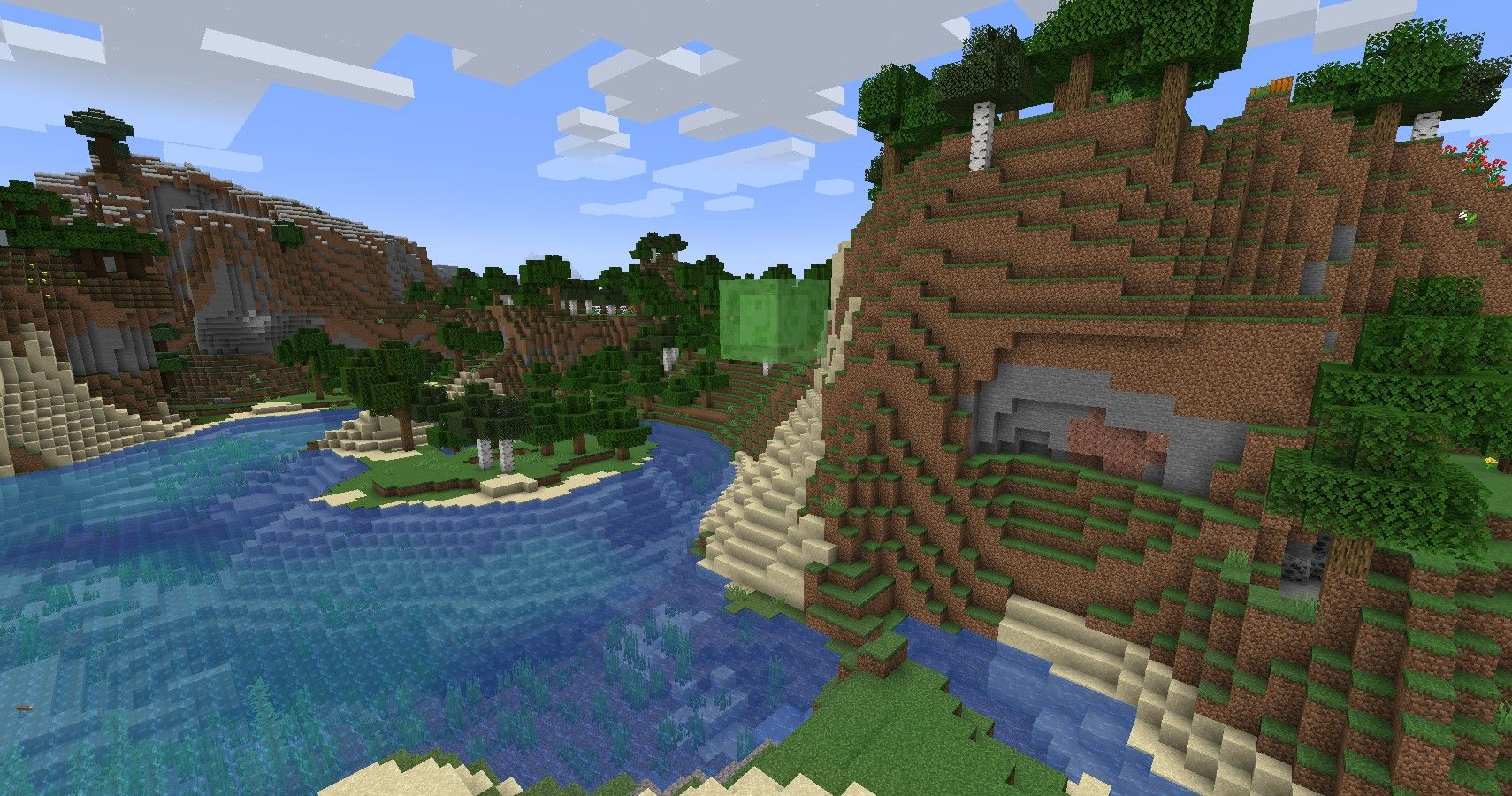 At the very top of your foundation pillar, place one slime block. If you already have all the materials, you can destroy the pillar.

For this guide, the pillar will be gone, but you can keep it as long as you want. Make sure to remove it once the machine is complete though. 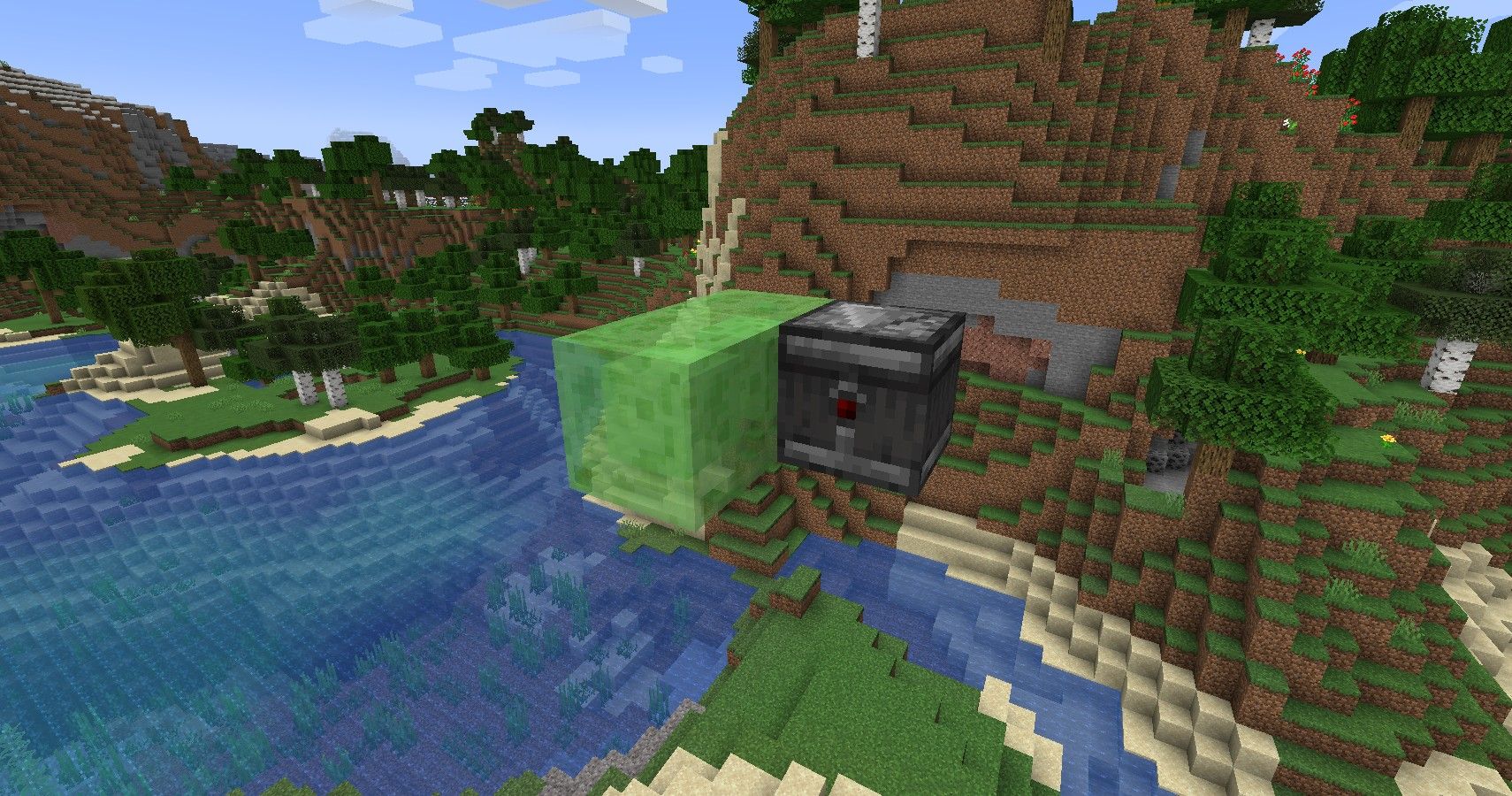 Place a second slime block in the direction you want the flying machine to move.

Next, place an observer next to the first slime block, as shown above. You will want the observer to be facing away from the direction you plan to move in. 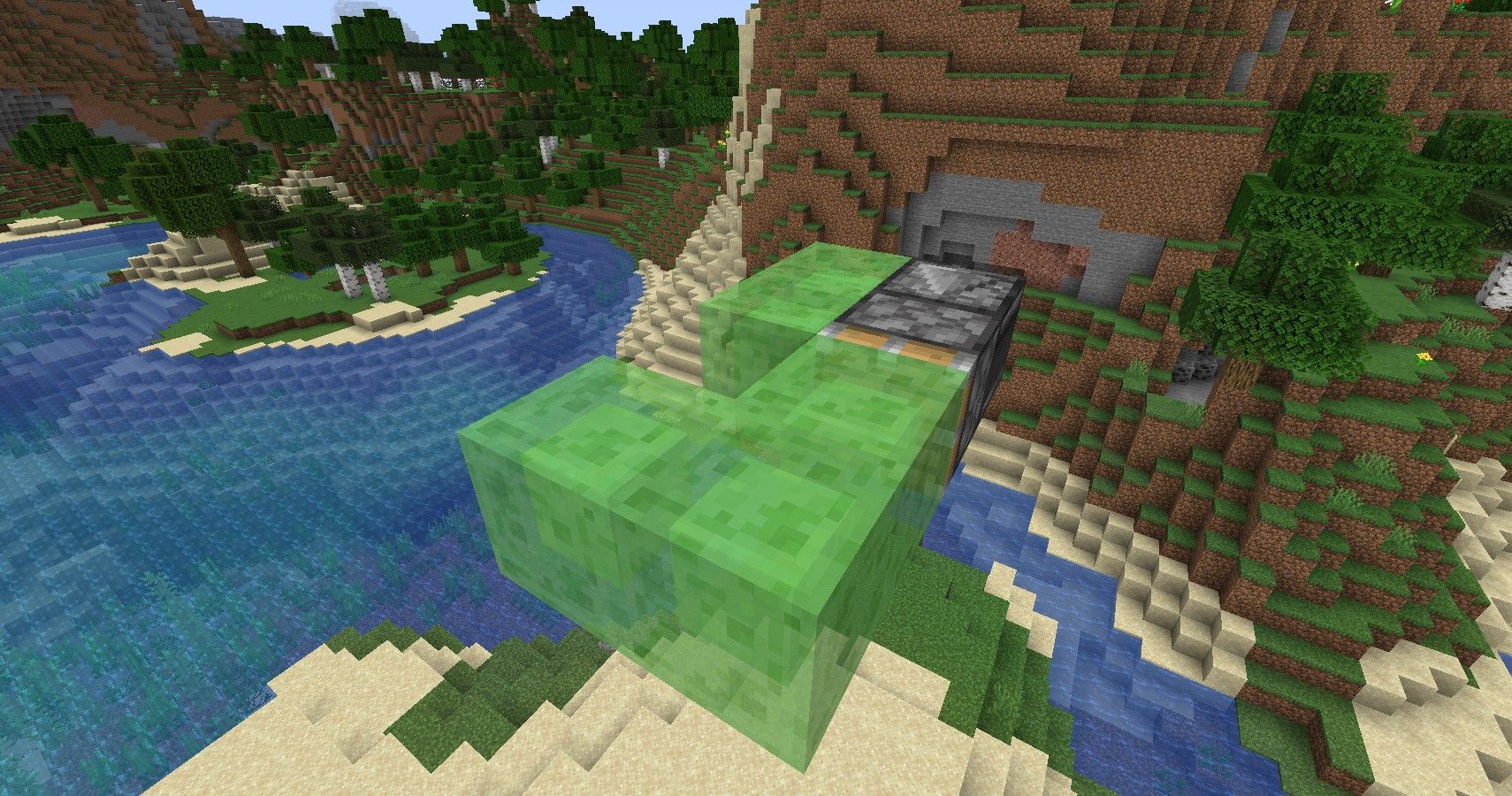 Facing the red dot on the back of the observer, place one piston. From the piston, place two additional slime blocks in a row, with a third block to the left. Check the image above for placement. You should have a backwards ‘L’ shape coming from the piston.

In the empty space, place a sticky piston facing towards the first piston. The sticky piston will push against the original two slime blocks that you placed. 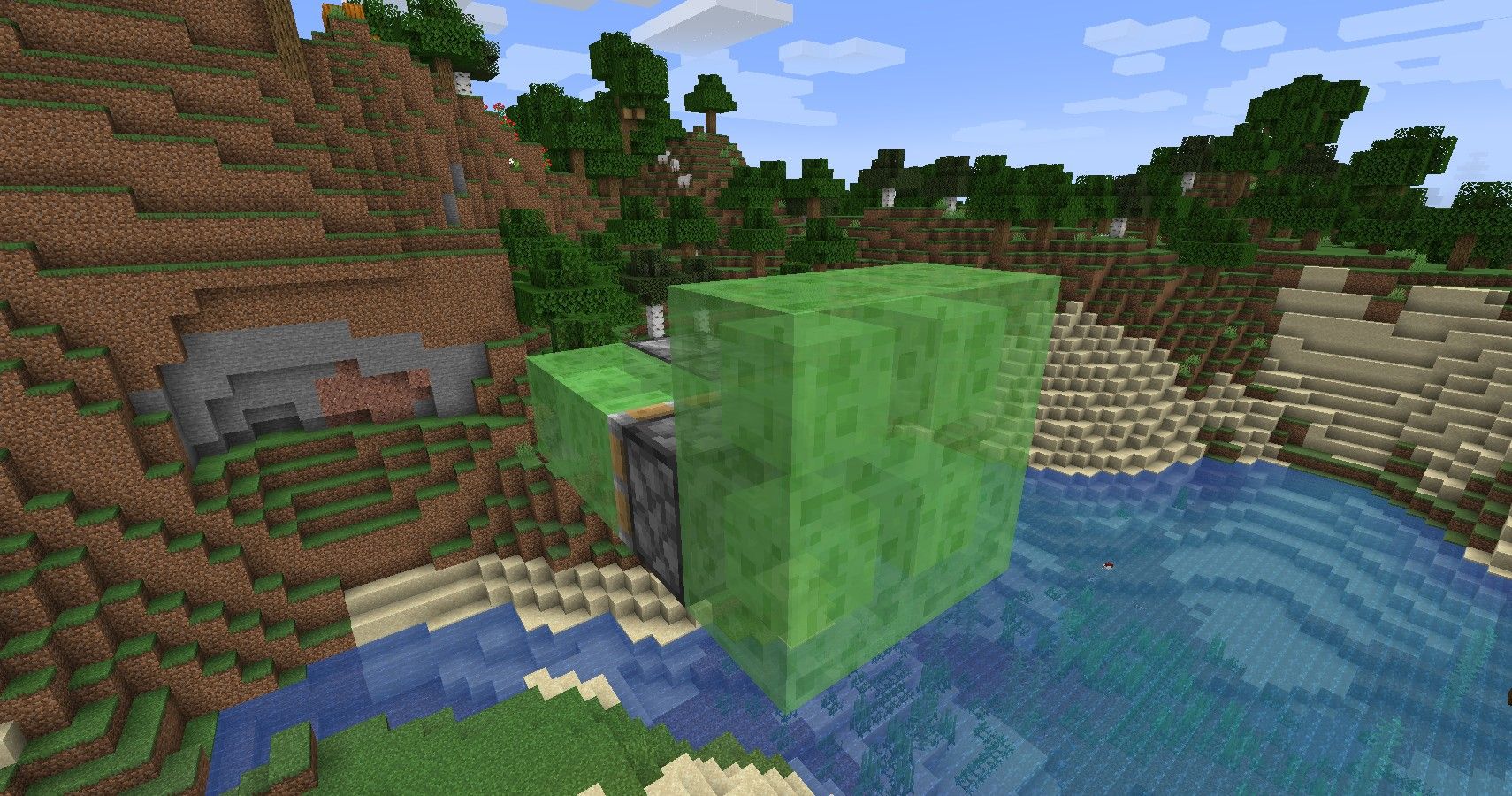 There should be two slime blocks in the front of the flying machine, facing the direction you will travel in.

Place two additional slime blocks on top of them. From the front, it should form a 2×2 square. 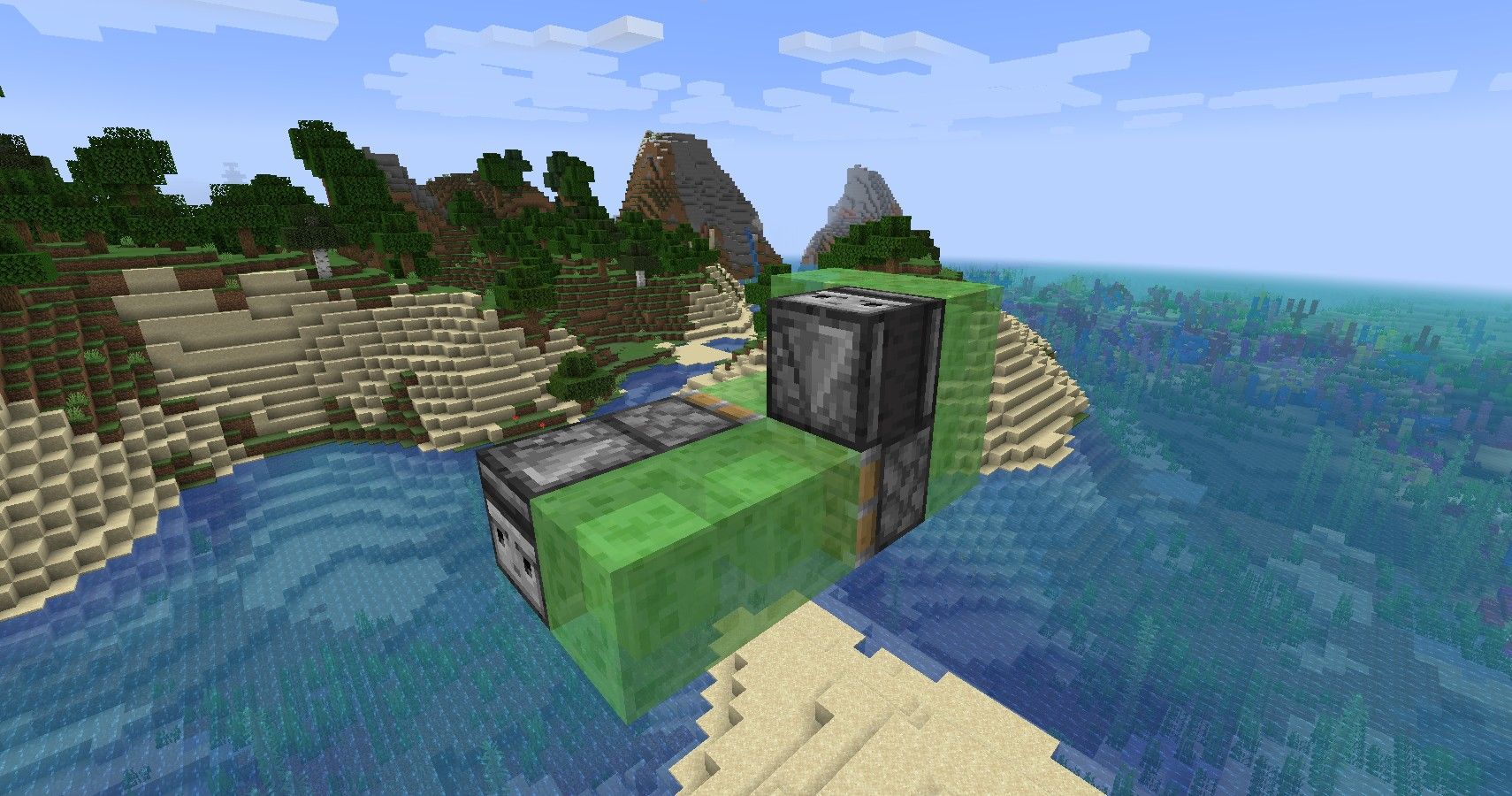 You’re almost done! Use the second observer and place it so the arrow on the side points down.

While the arrow should point down, it doesn’t matter which side it is on. Overall, the observer’s face should be pointed at the sky.

Situating the observer to face this way can be tricky, so feel free to use temporary blocks. 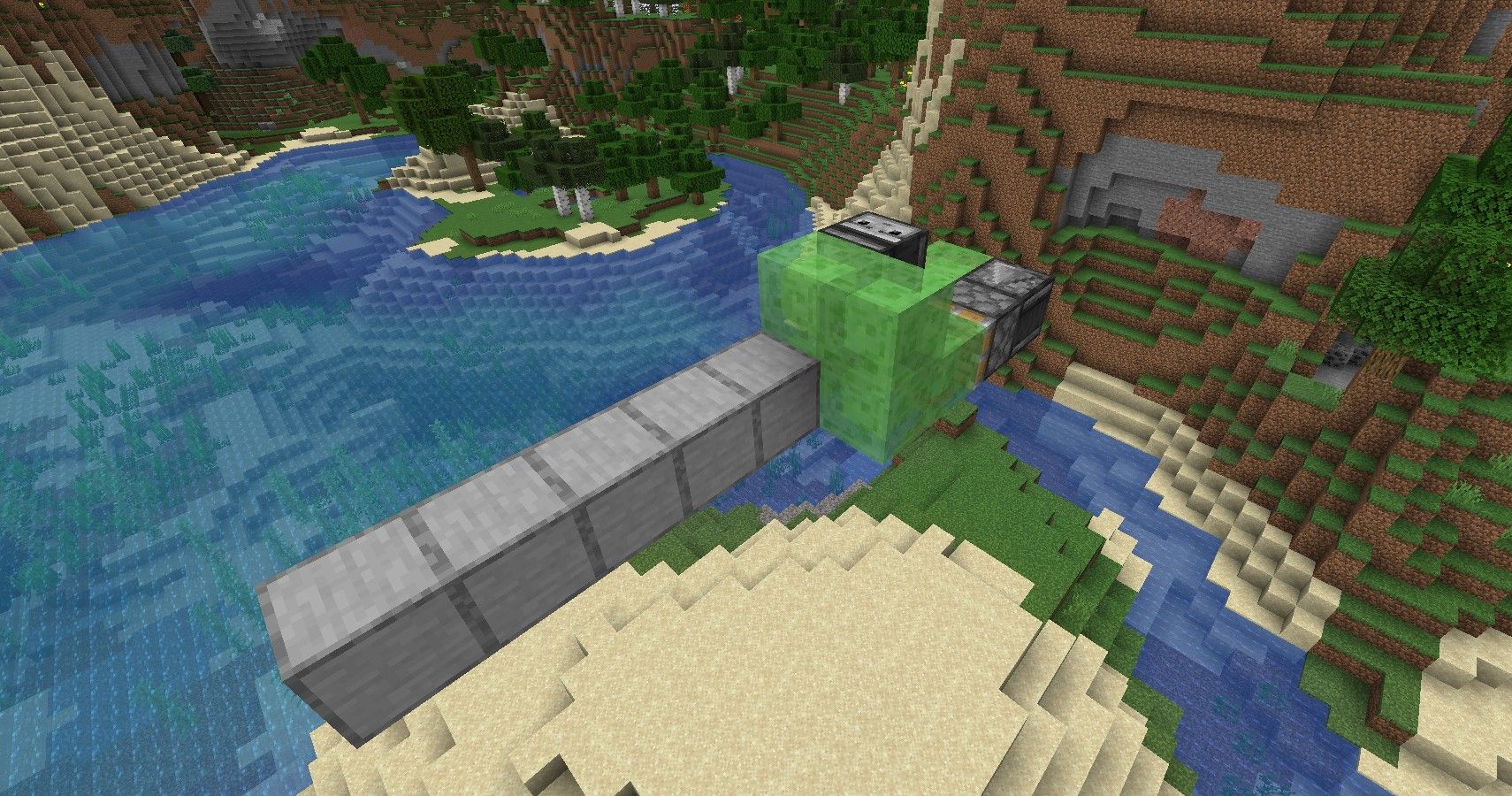 Finally, place your five building blocks on the front of the flying machine, directly in line with the sticky piston. From the front, it should be on the bottom left block of the 2×2 square. This will be the area where you stand.

When the machine moves forward, you will bounce forward as well. To avoid flying off the machine, stand on this 5×1 platform.

Alternatively, you can also block the observer at the back of a machine by placing another block on its face. This can be challenging, but you will not have to destroy any part of the build. Overall, it’s simpler to just remove the upwards-facing observer.

When To Use A Flying Machine 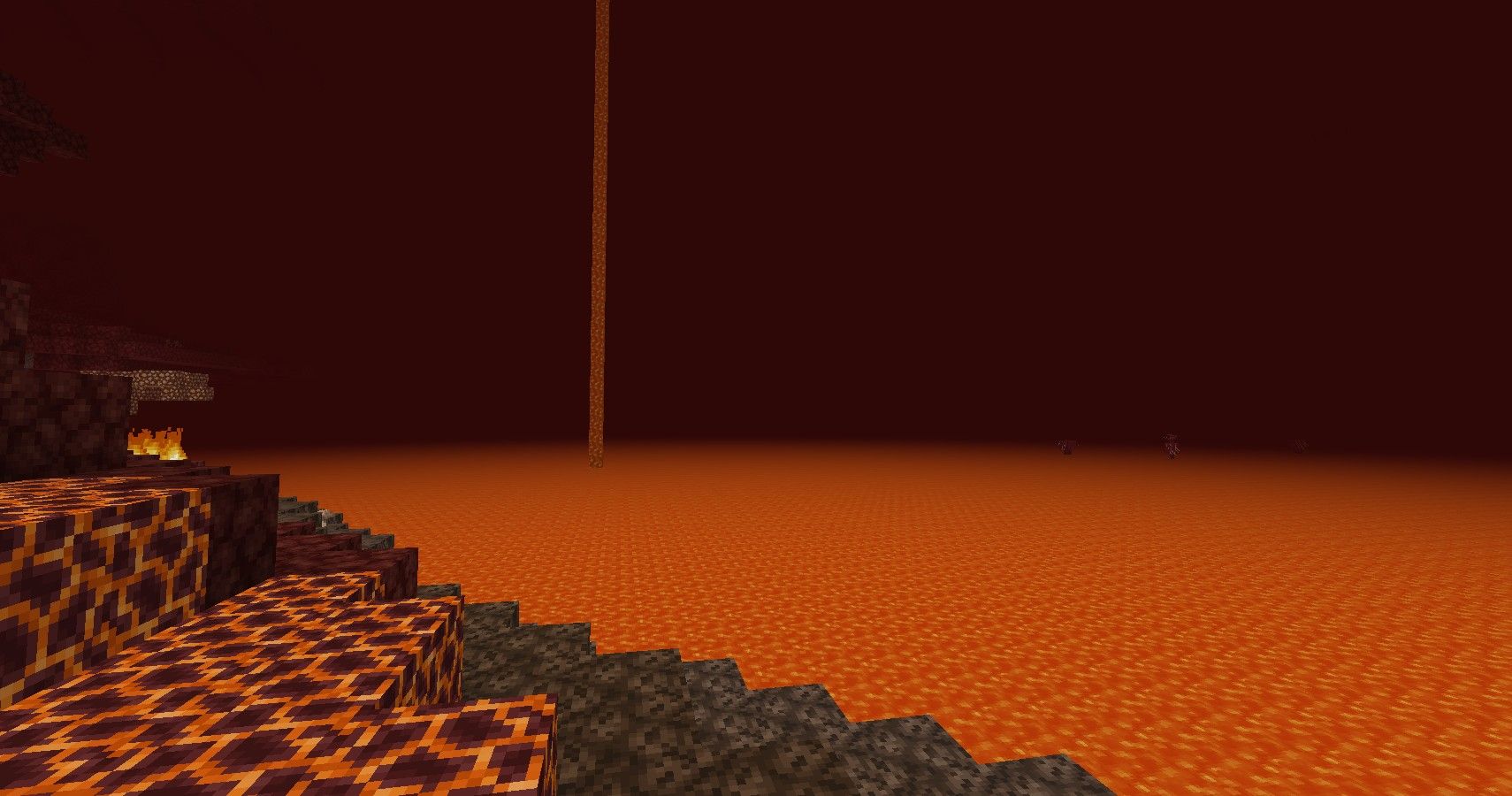 Now that you know how to build a flying machine out of slime blocks, where do you use it? As mentioned earlier, it’s not the most practical for daily use around your base. This flying machine excels over wide expanses of lava and water.

Exploring the Nether can be scary. There are enemies everywhere, and oceans of lava as far as the eye can see. To help with your Nether exploration, try building this flying machine. It can fly you across large bodies of lava, keeping you safe.

The slime block flying machine is also incredibly useful as a bridge-building machine. You can place blocks in the air, and create long bridges that are high above the ground. With this machine, you don’t have to worry about balancing on the edge of a block to form a bridge. When paired with an auto-cobblestone generator (made by combining lava and water), you can create huge bridges out of thin air!

While this machine is basic, it can definitely be expanded upon. There are dozens of designs online that all use slime blocks, pistons, and observers. Once you’ve mastered the simple machine, try to create boats and ships with the same mechanics!