You are here:
Home / Minecraft: How To Build A Functioning Grandfather Clock For Your Home

Minecraft: How To Build A Functioning Grandfather Clock For Your Home

When building a home in Minecraft, one of the most enjoyable parts is coming up with clever designs for assorted household items. From sinks and desks to chairs and laptops, there are tons of different designs you can make easily in the game, though few actually function as they do in real life. This grandfather clock design, created by Reddit user u/Mwteusz both looks great and also functions as it really would.

This design makes use of a daylight sensor, which means daylight will need to be present in the room you are placing this build in. As a result of this, you will need to ensure that there is a window in the room, or a skylight to let some sun in. The bell in the clock will ring at each point that the daylight sensor’s signal updates. The number of times it will ring in a day is dependent on the sensor’s maximum light level. If the sensor is four blocks from a window, it will ring 24 times in one Minecraft day.

To begin, you are going to need to have all of the following materials: one clock, one bell, one daylight sensor, one observer, one item frame, six trap doors, one stair or slab, and optionally, one solid block if you chose the stair, or two solid blocks if you chose the slab. If you are playing on the bedrock edition of Minecraft, you will also need two levers. For this guide, a dark wood color scheme will be used, hence the trap doors will be spruce wood, while the stair and solid block will be dark oak. This is recommended as it will match the daylight sensor, but you can, of course, use any color scheme, paired with any texture pack you please. 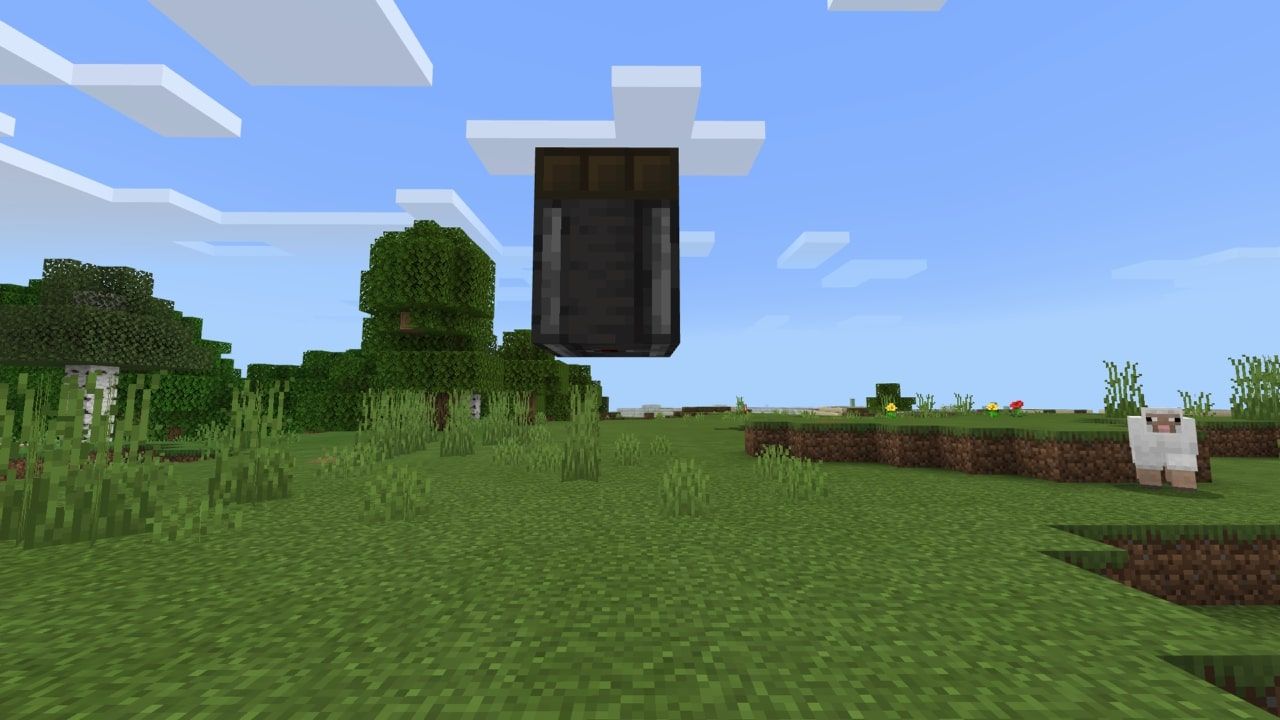 Suspend the bell from the bottom of the observer. The observer will detect whenever the daylight sensor level is updated, outputting a signal directly into the bell, which will ring it. Beneath the bell, on the ground, place your stair or slab. For this example, a slab will be used. 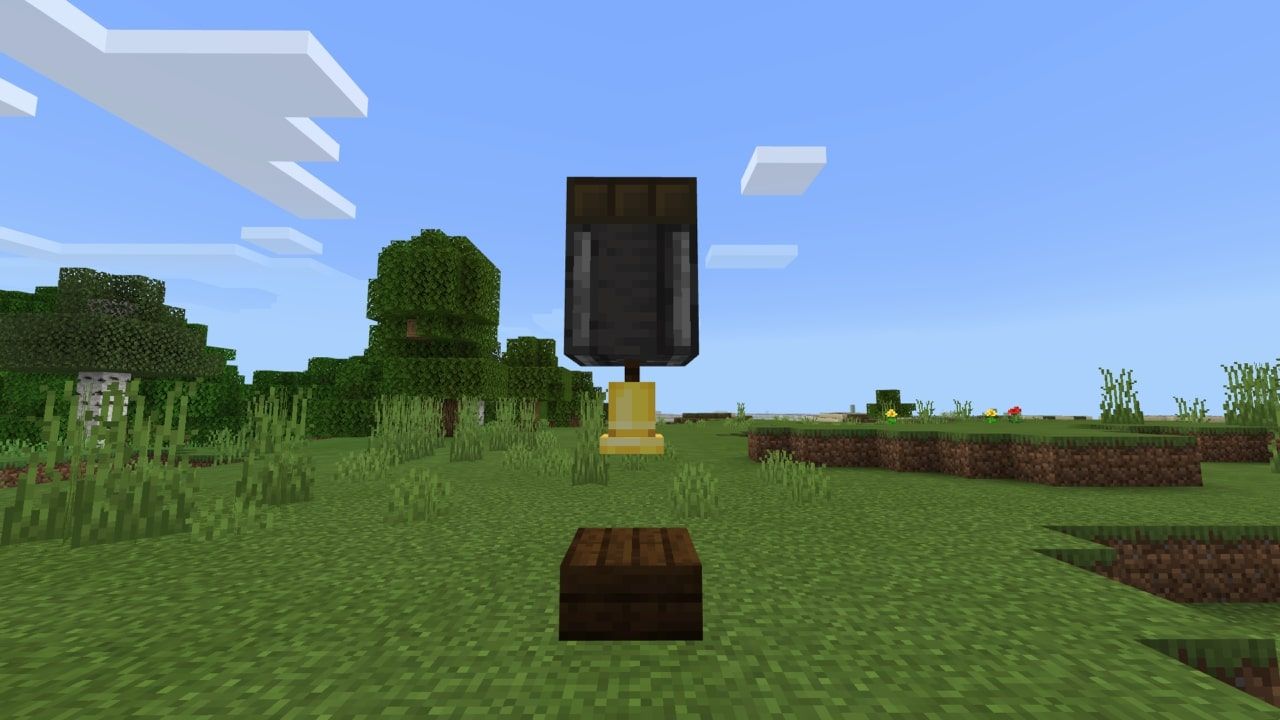 As shown below, place your six trap doors on the left and right sides of the clock, three to each side, aligned vertically. This will create the “walls” of the clock. The trap doors can be placed directly on the bell, though if you are playing on bedrock edition, the two trap doors will be opened when the observer outputs a signal. This issue will be fixed with the two levers shortly. 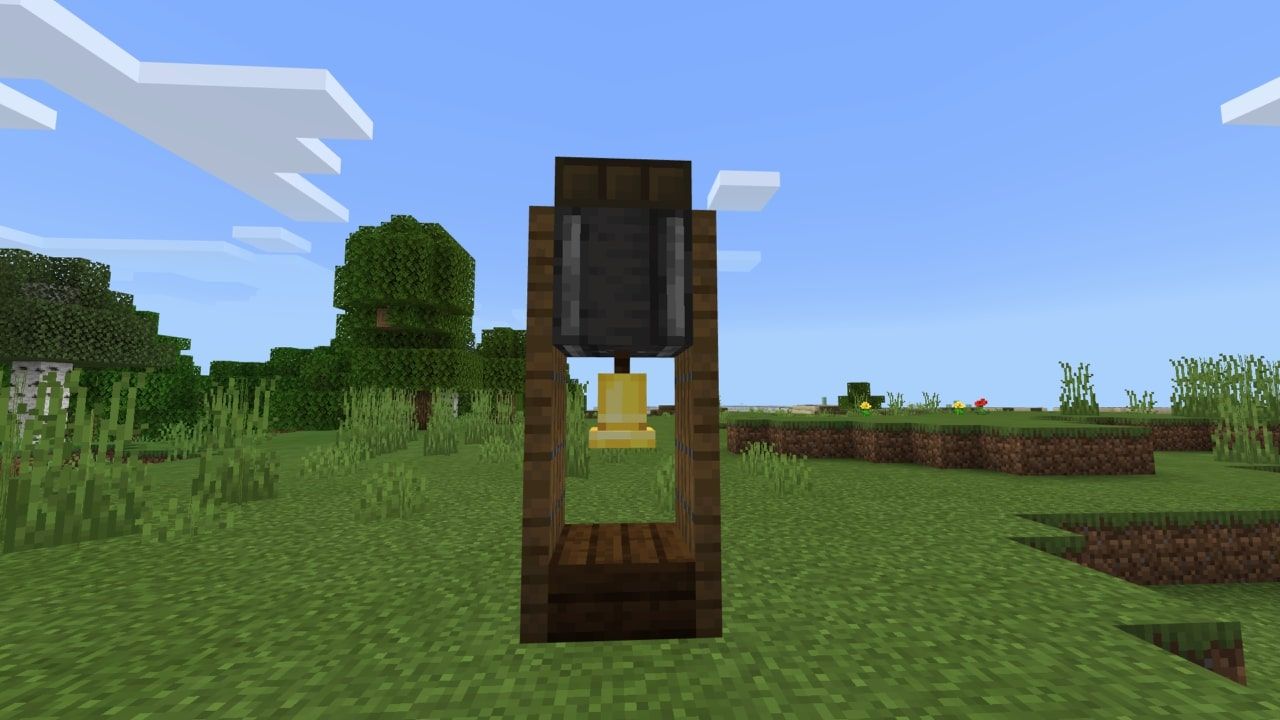 Place the item frame on the front of the observer and place the clock in it. When a clock is in a display, it will change through the day, just as it would if you were to hold it in your hand, thus both the analog display and the bell function as they would in real life. 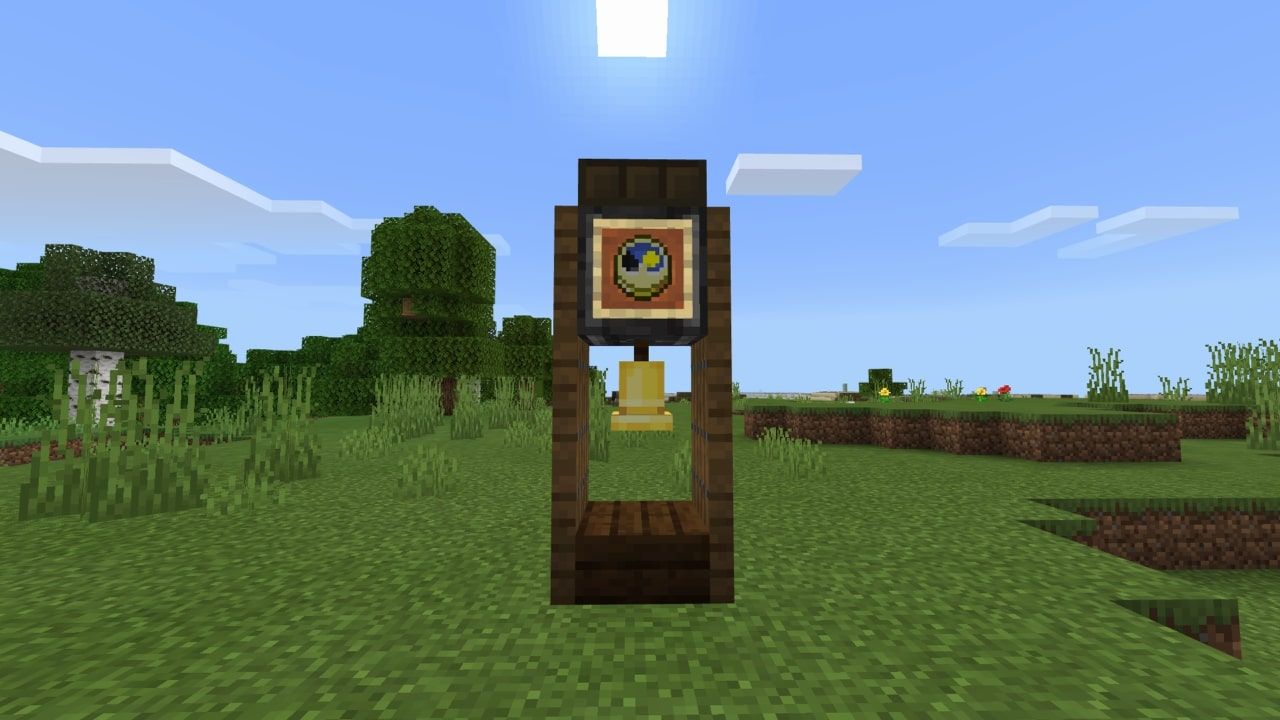 Here is where the optional blocks come into play. You can either leave the clock to appear as it does now, or if you so choose, you can place the optional blocks behind it to give it the appearance of having a back wall. If you used a slab, you will need two blocks to cover the backside. These two blocks would be flush with the wall in your room 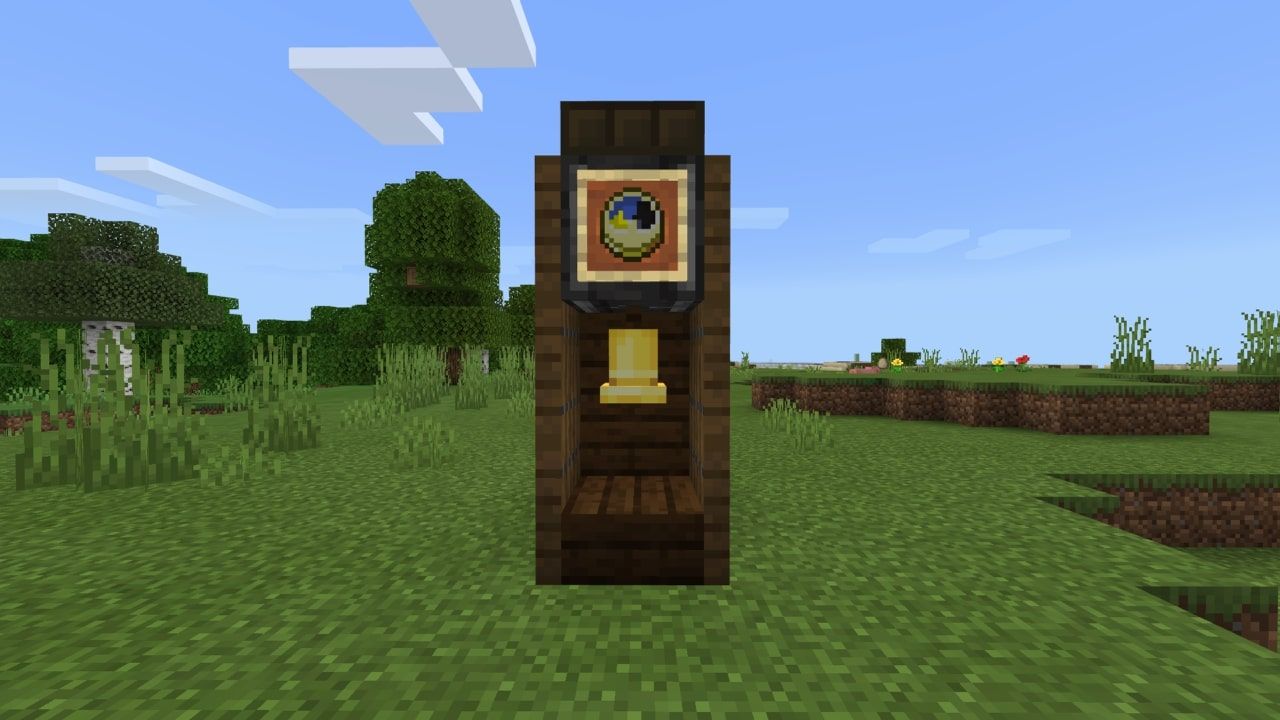 If you’re playing on bedrock edition, you’ll now need to set up the levers to prevent the trap doors from “flapping”. On the opposite side of the wall that your clock is up against, you’re going to want to place two levers on the blocks that are at bell level. In the picture below, those two dark oak blocks are the “back” of the grandfather clock, for reference. Flip the levers to keep the trapdoors in a permanent upward state. 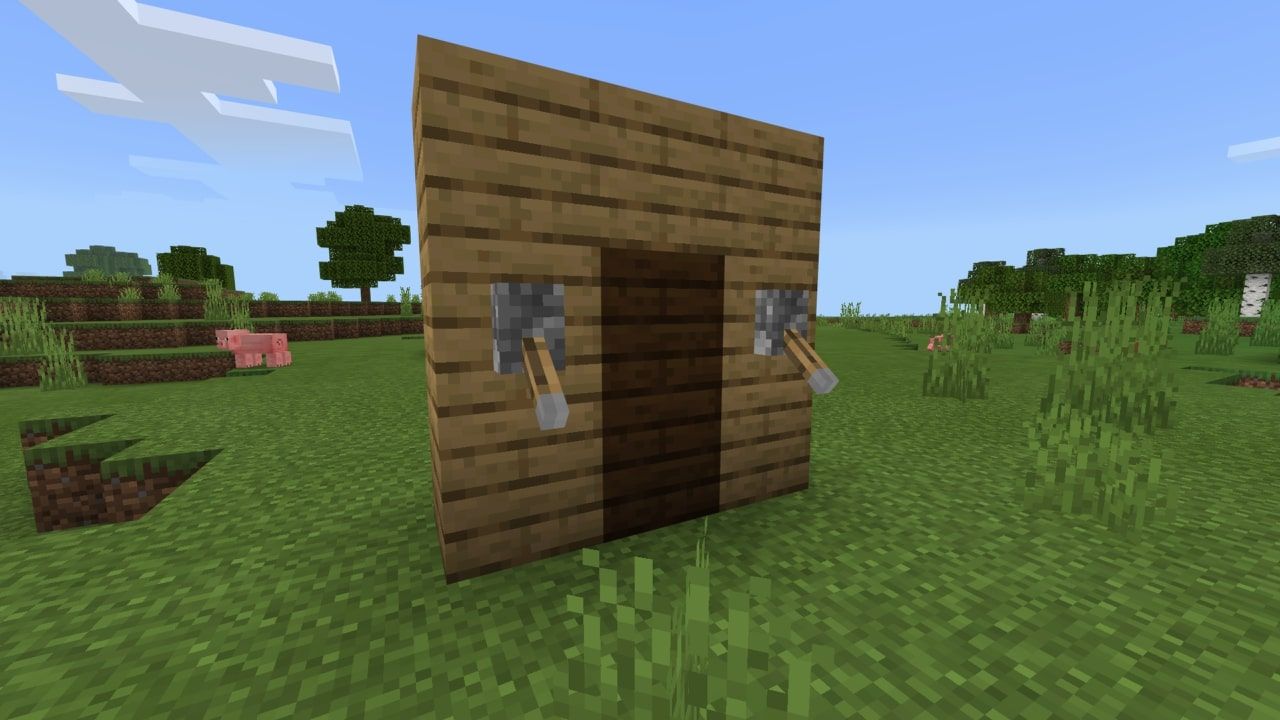 If on the opposite side of this wall is another room, you may have to create something clever to hide the levers or construct the room such that the levers are tucked away between two walls. 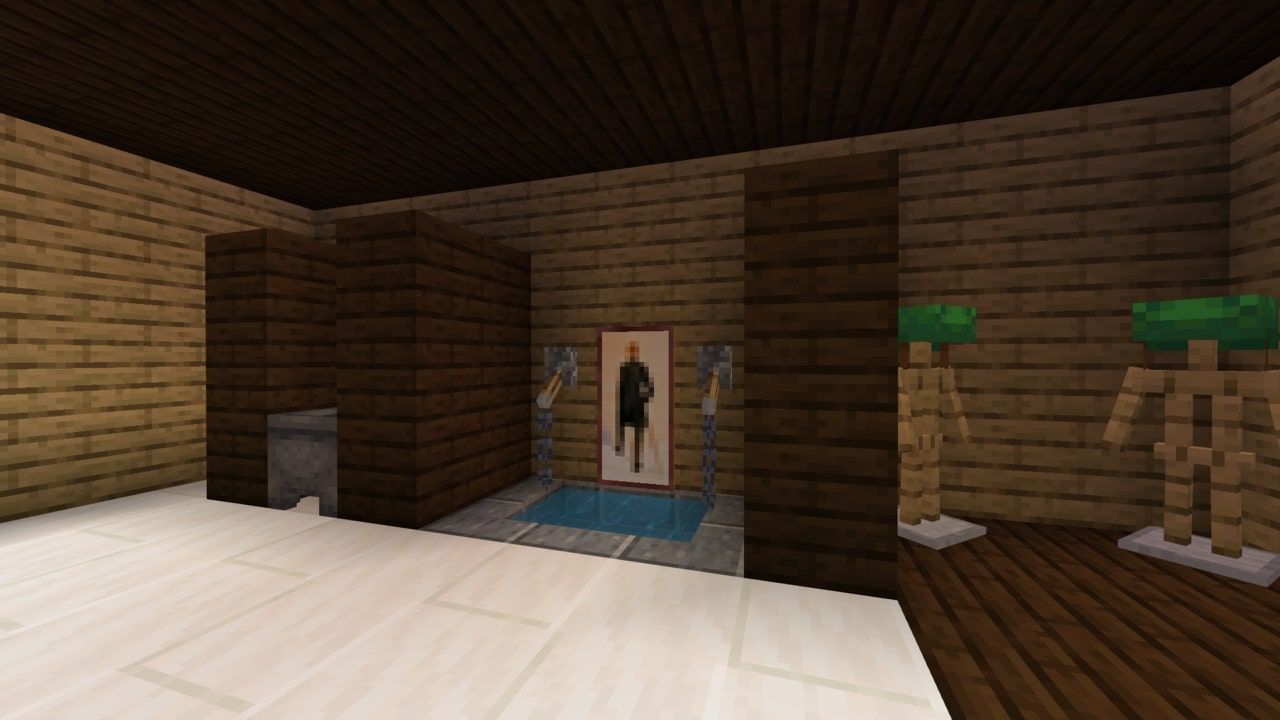 With that, you will have a fully working, fairly cheap grandfather clock in your Minecraft home!