You are here:
Home / Microsoft is bringing back a 90s gaming trend with its new Xbox Series X controller 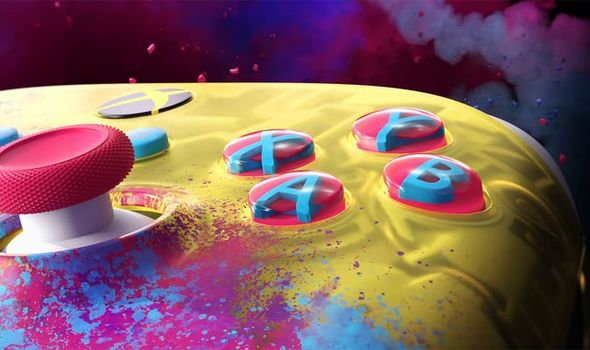 Translucent controllers were all the rage back in the 90s, with all the big players getting in on the action. Sega, Nintendo and Sony all released their own takes on the clear joypad phenomenon, with a number of jaw-dropping see-through consoles (like the gorgeous clear N64s) also hitting shelves. This trend continued into the early noughties, with clear PS2, Dreamcast and Xbox consoles and controllers also being launched.

But since then the trend has sadly gone away.

This, however, could all be about to change, with Microsoft potentially kicking off a revival of the clear joypad craze.

During its pre-Gamescom event this week the Xbox Series X and S makers revealed a gorgeous looking new controller for Forza Horizon 5.

And this joypad boasts a clear casing similar to some of the most eye-catching controller designs from the 90s.

The controller, which is available to pre-order today, has a transparent yellow design which allows gamers to see the rumble motor that’s inside the joypad in action.

This custom coloured motor also provides lighting effects that can be seen under the bonnet.

It’s a gorgeous looking joypad, which – you never know – may help the clear controller craze make a comeback.

If you’d like to pre-order the controller then click here to head to the product page on the Microsoft Store.

Speaking about the new controller, Microsoft said: “We also announced the Forza Horizon 5 Limited Edition Xbox Wireless Controller, inspired by the powder fireworks that go off throughout the day at the in-game Horizon Festival.

“The controller features a first-ever transparent yellow finish, with a custom-colored, visible rumble motor and lighting effects that play off the Xbox button.

“The controller includes textured grips on the triggers and bumpers, and custom bottom and side dimple patterned grips inspired by perforated style performance car steering wheels.

“You can pre-order today, and this controller will be available on November 9.”

Forza Horizon 5, like other Xbox Game Studios titles, will be available day one on Xbox Game Pass when it launches later this year.

• This article contains affiliate links, which means we may receive a commission on any sales of products or services we write about.