Following the launch of the Surface Hub 2S last April, Microsoft plans to ship a larger, 85-inch model to customers beginning in January 2021, the company announced today at its Ignite 2020 event. In addition, Microsoft is making Windows 10 Pro, Windows 10 Enterprise, and a firmware update (Windows 10 Team 2020 Update) available to all Surface Hub customers for free.

Why the focus on enterprise digital whiteboards when the pandemic is shuttering offices around the world and more than two-thirds (68%) of CEOs plan to downsize their floor space (according to KPMG)? Microsoft makes the claim that Surface Hub products can “ease the transition” back to the offices that remain even with considerations in space planning like the need for social distancing. “One benefit to a larger screen that Hub provides is that it can help implement social distancing for people to stay six feet apart while working together,” Microsoft corporate vice president Robin Seiler wrote in a blog post.

As for existing Surface devices, they’ll gain the ability to run full installations of Windows 10 Pro and Windows 10 Enterprise. Windows on the Surface Hub series is an unfettered experience, with familiar features and elements like the taskbar, Start menu, and Windows apps. Windows Hello log-in is available too, but only for the Surface Hub 2, which has a fingerprint reader. 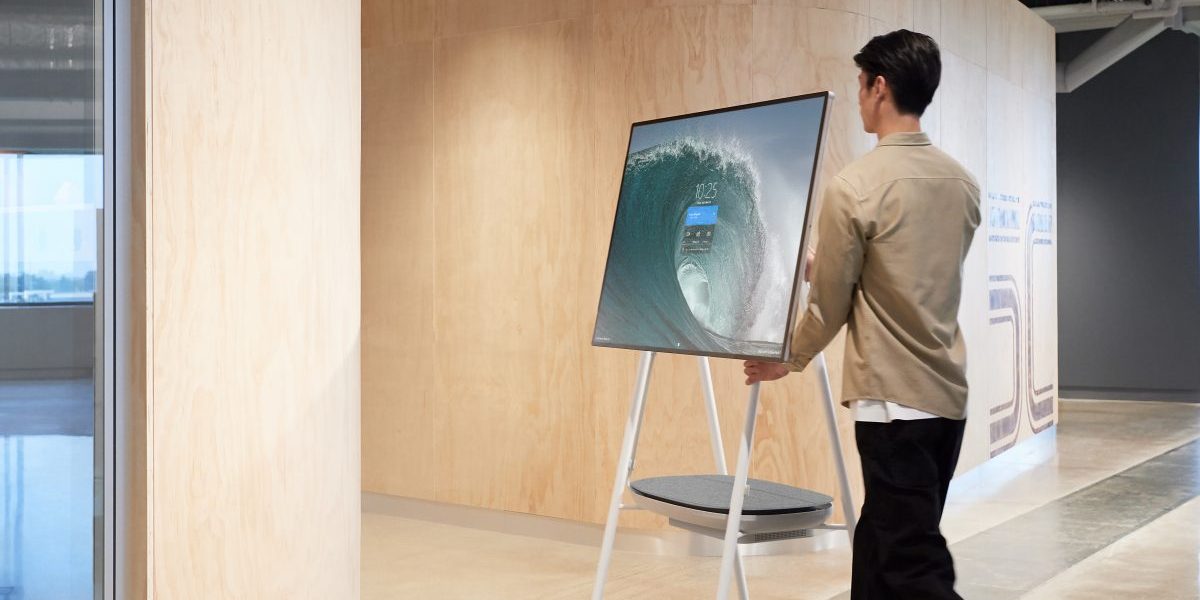 With proximity join, users can join a Surface Hub meeting from their PC, smartphone, or tablet. Nearby room audio devices populate the pre-join menu, allowing users to select the room device they want and join using audio and video. Meanwhile, users’ personal PCs and mobile devices are automatically muted to avoid audio feedback.

The coordinated meetings tool lets users operate both Surface Hub and Microsoft Teams Rooms devices in a room simultaneously, with one device managing the audio and video and the other joining automatically muted. The front-of-room display optionally shows attendees in a 7-by-7 grid view; on the Surface Hub, people can ink and draw together on the same canvas no matter their location.

Windows 10 Team 2020 Update will begin to roll out to all Surface Hub customers next month, Microsoft says.