There’s a balance to be struck in Marvel’s Midnight Suns between its turn-based XCOM-style combat and exploring the grounds of The Abbey. Completing story battles moves the action along, but so does exploring the grounds and finding new mysteries to solve. However, you soon realize it isn’t going to be easy to explore the whole of the grounds.

Parts of the map are blocked by overgrowth, and to get past it, you’re going to need the third Moon Seal. This means completing the Hiram Church Mystery, and then passing the third seal trial so that you can receive Power Word Purify. Here we’ll explain how you can find the third Moon Seal. 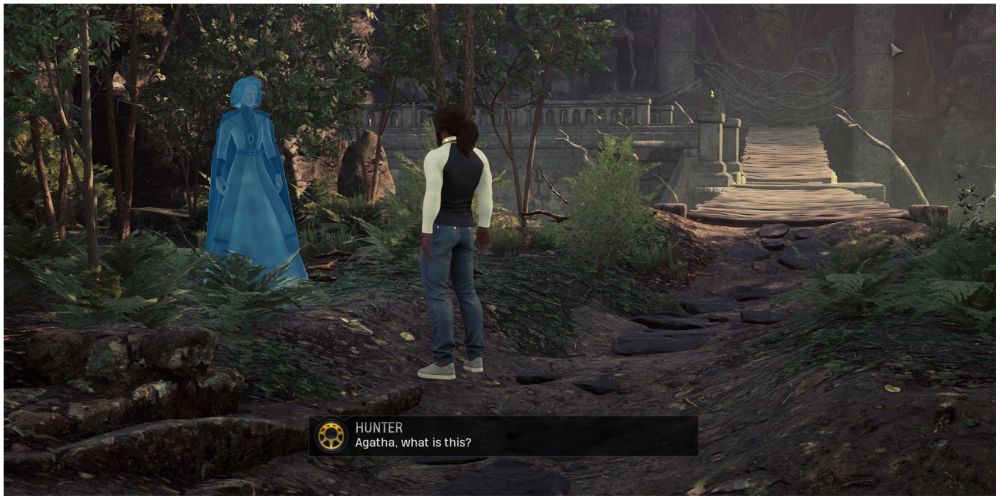 It’s important to note that while you can start the Hiram Church Mystery quite early in the game, you won’t be able to complete it until around Day 20. This is because you need to complete a particular story battle (The Bell Tolls) before you can advance it to the end.

The quest begins when you visit Everflowing Glade for the first time during the day once you’ve obtained Power Word Reveal. Head east down the long flight of steps east of the Old Salem Cemetery, towards the Elder Hyppus Shrine.

At the bottom of the steps, you’ll find Agatha. Talk to her, and she’ll tell you to find out more about Hiram Shaw. Go back to the Library and read the Caretaker’s notes on Hiram Shaw in her open book on the table. Hiram stole the Third Moon Seal, but the location is unknown. 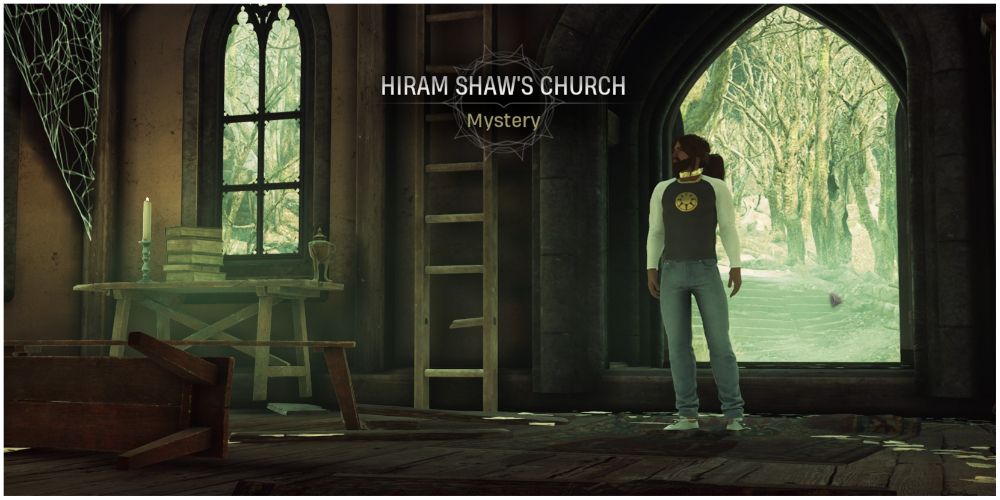 Head to Hiram Shaw’s Church, which is north along the road from the Valley of the Winds fast travel point, and then right at the fork. You can go there before now, but if you haven’t started talking to Agatha about the third Moon Seal she won’t appear there when you arrive, and it won’t get marked on the map.

Word of Power: Open will get you through both the doors inside the Church and out into the back courtyard.

You’ll find lots of goodies in and outside the church, plus a red and pink hex blocking your path out the back that you need to Inspect. After you do, Agatha will suggest you speak to Doctor Strange about it that night. Speak to him in the evening, and you’ll head to the church with him in a cutscene. But he has no immediate solution, so you leave him to it. 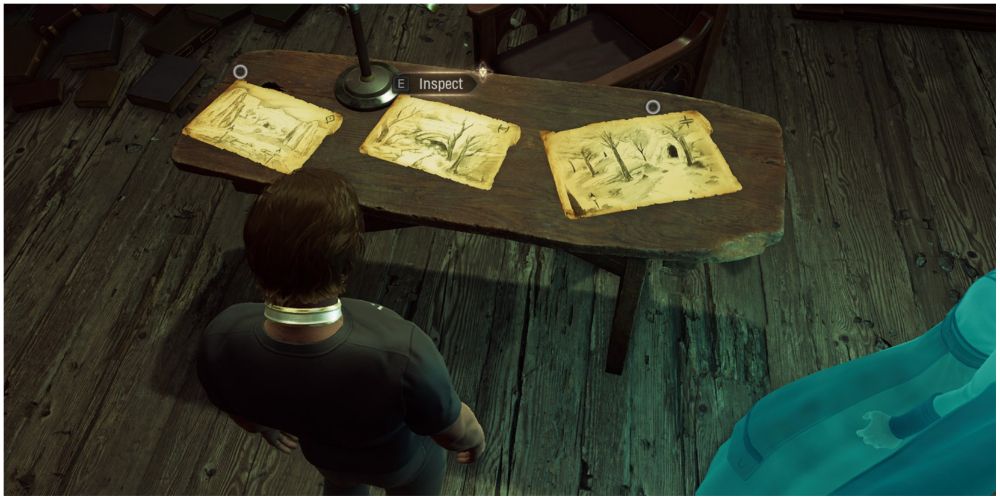 Once you have completed the story battle, The Bell Tolls (around 20 days in, if you do most story quests as soon as you can), and gained the alien sample from Venom, study it via the Hellfire Forge in The Abbey. Once done, Doctor Strange will provide you with the means to break through the barrier – a Vial of Symbiote. Take it to the church and use it on the hex.

Now you can explore the cave behind the church, which leads the search back to the study room inside the church. Once inside, face the desk in front of the back door and use Power Word Reveal. You can now inspect the three drawings on the desk. If you leave the drawings will disappear but don’t worry, they’ll be back in the library in the Abbey on the desk as you enter on the right.

The drawings are the key, as each has a symbol and a drawing of a location where a witch had their warren. Notice that each drawing has a symbol in the top right corner, which you'll find painted outside each location. However, you can’t do anything more until the next day, so you need to go to sleep to progress the quest. 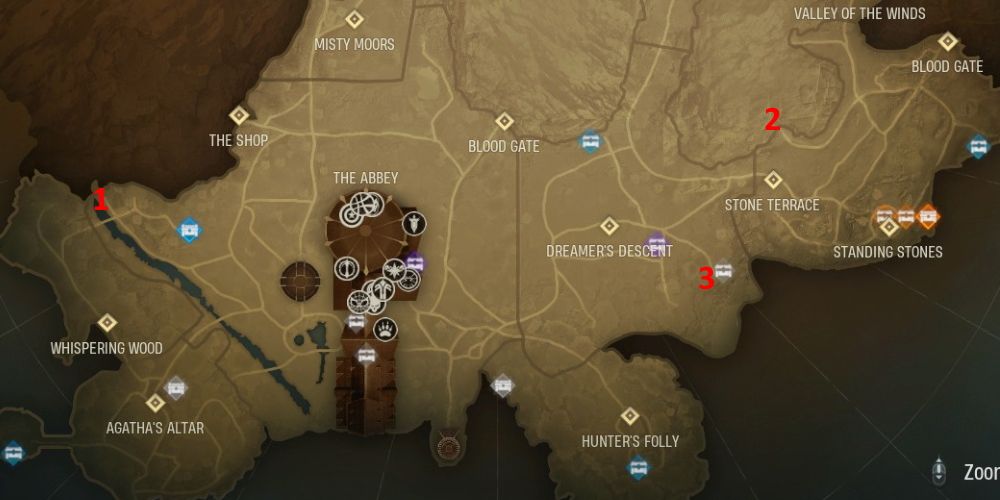 In the morning, talk to Agatha in the library. She’ll tell you to speak to her again that night, so you’ll need to complete another battle before you can progress. The next night, go back and see her in the library, and she’ll ask you to collect a soil sample from each of the three witch warren locations and then return to her. They are:

Once you have the samples, Agatha will take you to the Elemental Altar automatically for a cutscene. She will tell you that the Moon Seal is hidden at the Salem Hanging Tree, but that she doesn’t know the exact location of the tree itself. 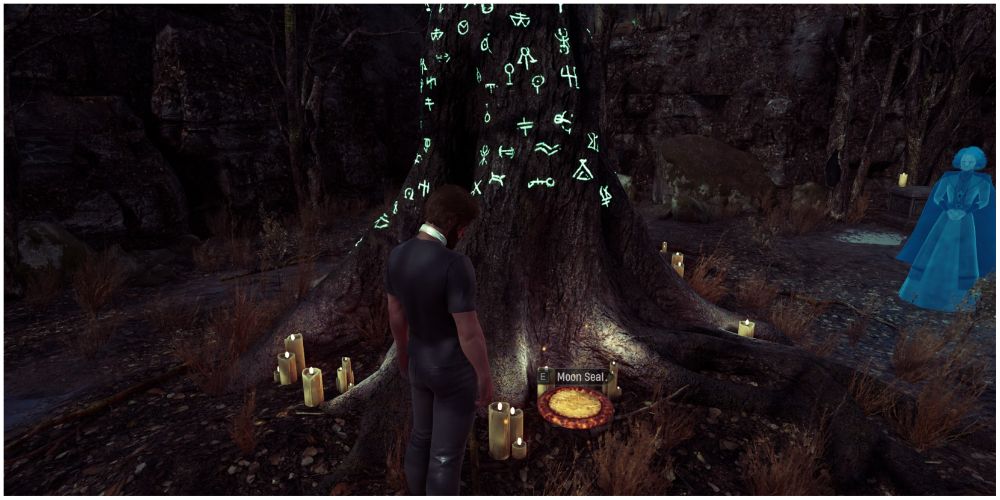 The tree is near Salem Cemetery. Go east across the long bridge from Shaw’s Church, taking the first left path up the hill towards the cemetery. Take the first dead-end path on the left to get to the tree. Use Word of Power: Reveal at the hanging tree and the Moon Seal will appear, ending the Hiram Church Mystery.

It will not appear if you are not at this point in the quest.

You can now go back to the Elder Hyppus Shrine near the Reflecting Pool, at Everflowing Glade, to tackle the next trial.