You are here:
Home / Marvel Snap: The 10 Coolest Card Variants

Marvel Snap is a CCG game released in association with the entertainment giant Marvel. The game seems to have captured the hearts of many so far, with a simple-to-learn, but actually quite deep, gameplay loop. One of the stronger parts of the game is the fantastic roster of Marvel characters and the beautiful art their cards were all given.

The game also utilizes several Variant arts. These give the game a chance to include more deep-cut versions of the characters in the collection as well, referencing or making fun of a specific or weird part of comic book history. Some of these Variants are incredibly cool, outshining the regular, classic card arts as they are infinitely more creative. 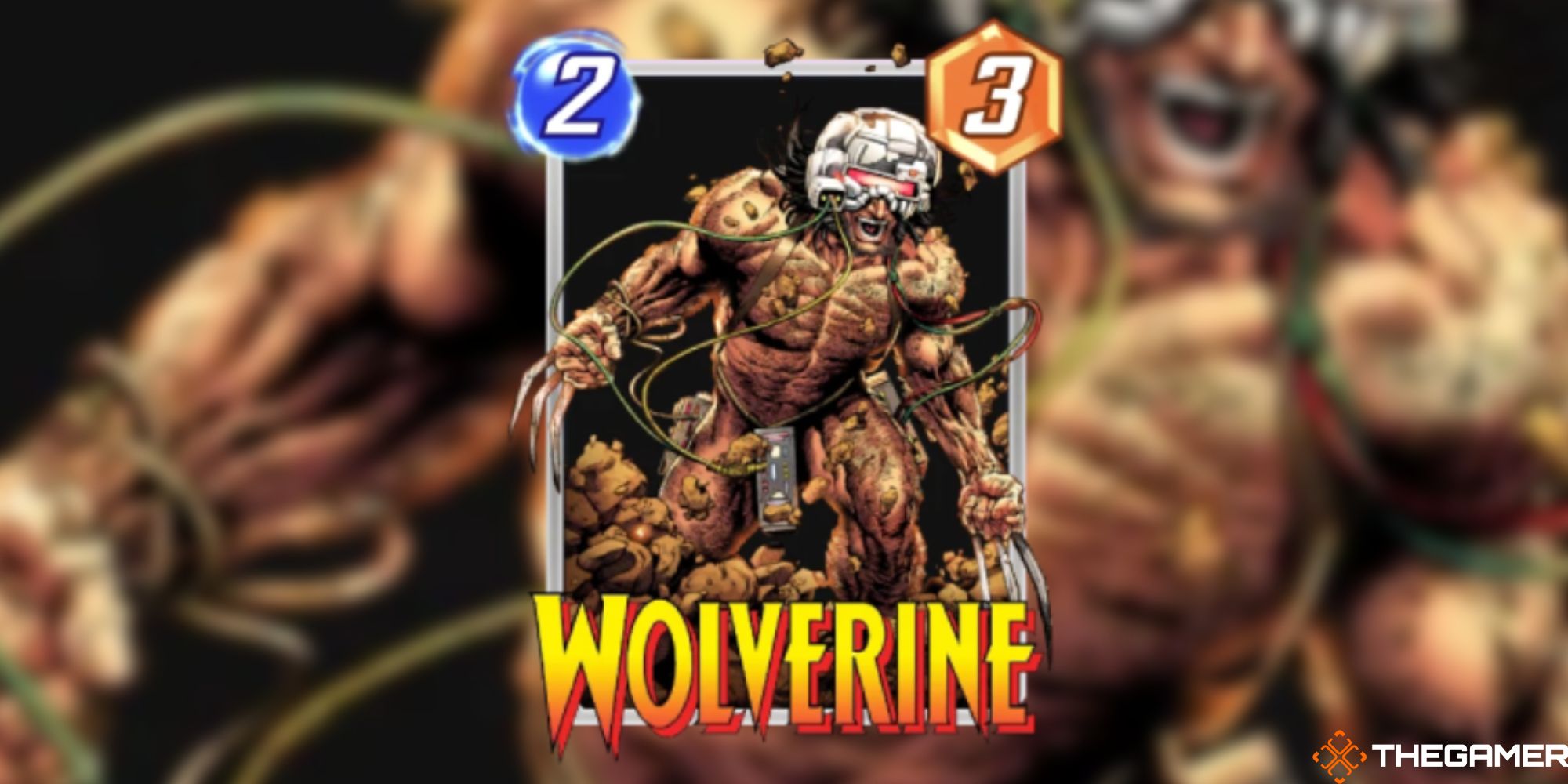 The Variant art cards are an excellent opportunity for several alternate versions and time periods of iconic characters to be represented in the game. A great example of this is the Weapon X Variant of Wolverine.

The art is gorgeous, referencing when Wolverine escaped the Weapon X Program with nothing but the devices left on his body. It's a simple look but iconic nonetheless. This proves why Variants were an excellent idea for Marvel Snap. 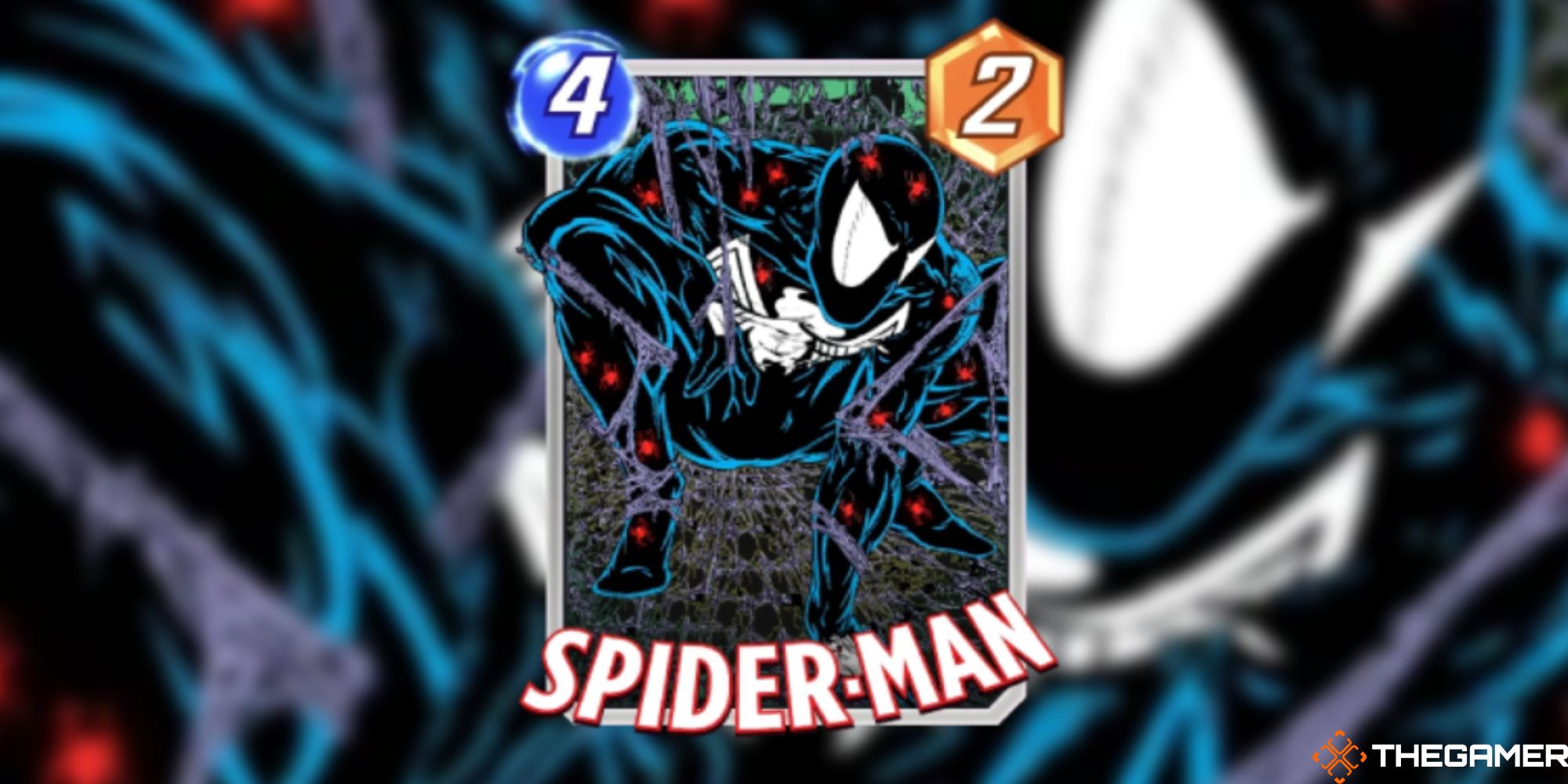 Another classic look is the Symbiote costume of the friendly neighborhood Spider-Man. This costume is almost as iconic as the traditional red and blue, if not more. The art selected for this Variant is the cover of Todd McFarlane's Spider-Man Omnibus.

The costume and colors are classic, iconic, Comic Book-y, and perfectly fit the card. Additionally, the historical significance and emotional impact of the stories involving it make the Symbiote costume the perfect fit for Variant card art. 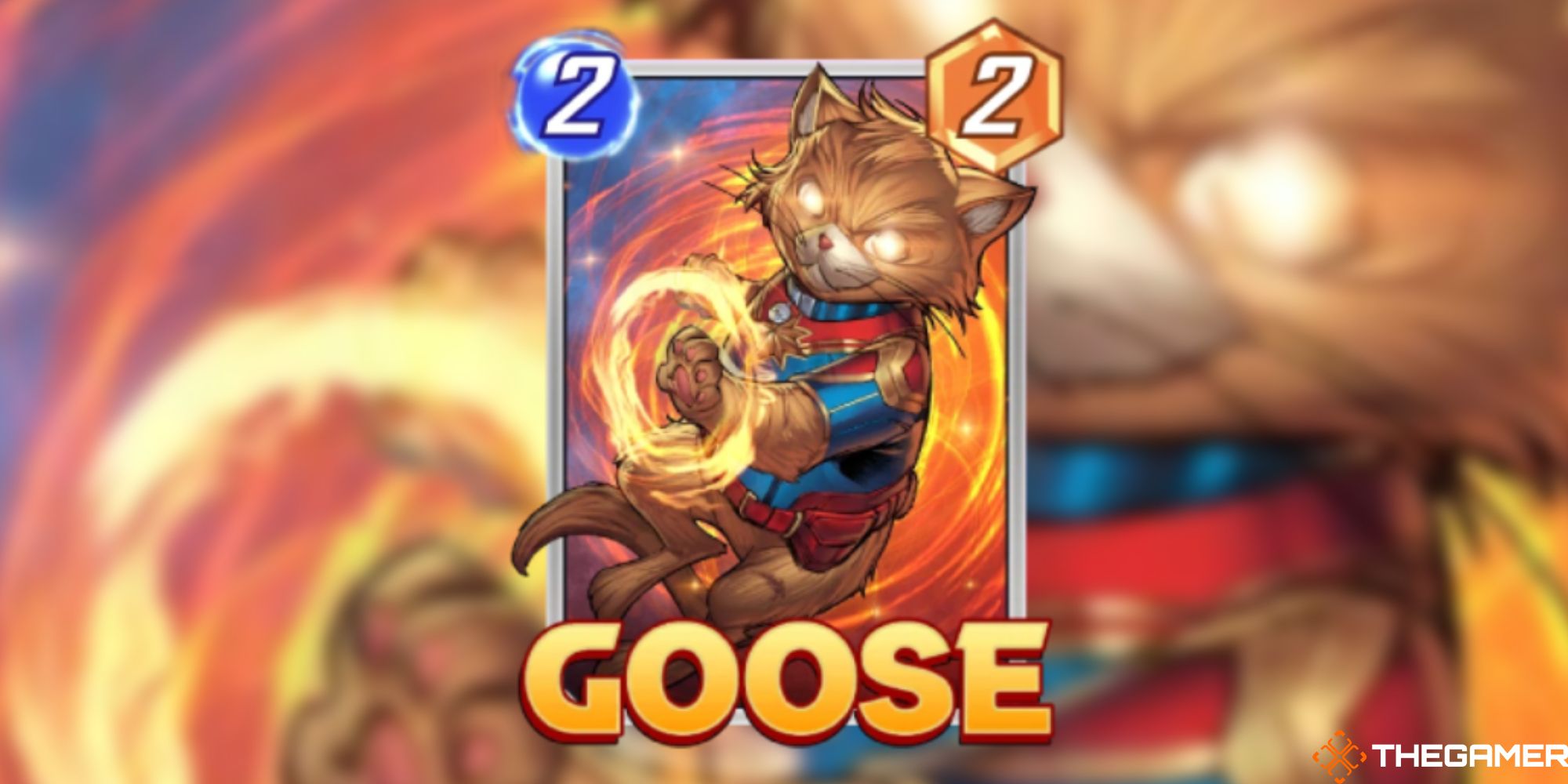 This one is less of a classic look from comic book history and more the designers just making the best of the freedom that comes with Variant art and having some fun. Goose is not that big of a character in the Marvel Universe, having only been raised to public consciousness due to its inclusion in the movie Captain Marvel.

This card depicts Goose as a superhero with the powers of Captain Marvel herself. It's got the whole thing down too! Glowing energy powers, a badass costume, and a cool pose as it's flying. This is definitely one of the more creative Variants out there. 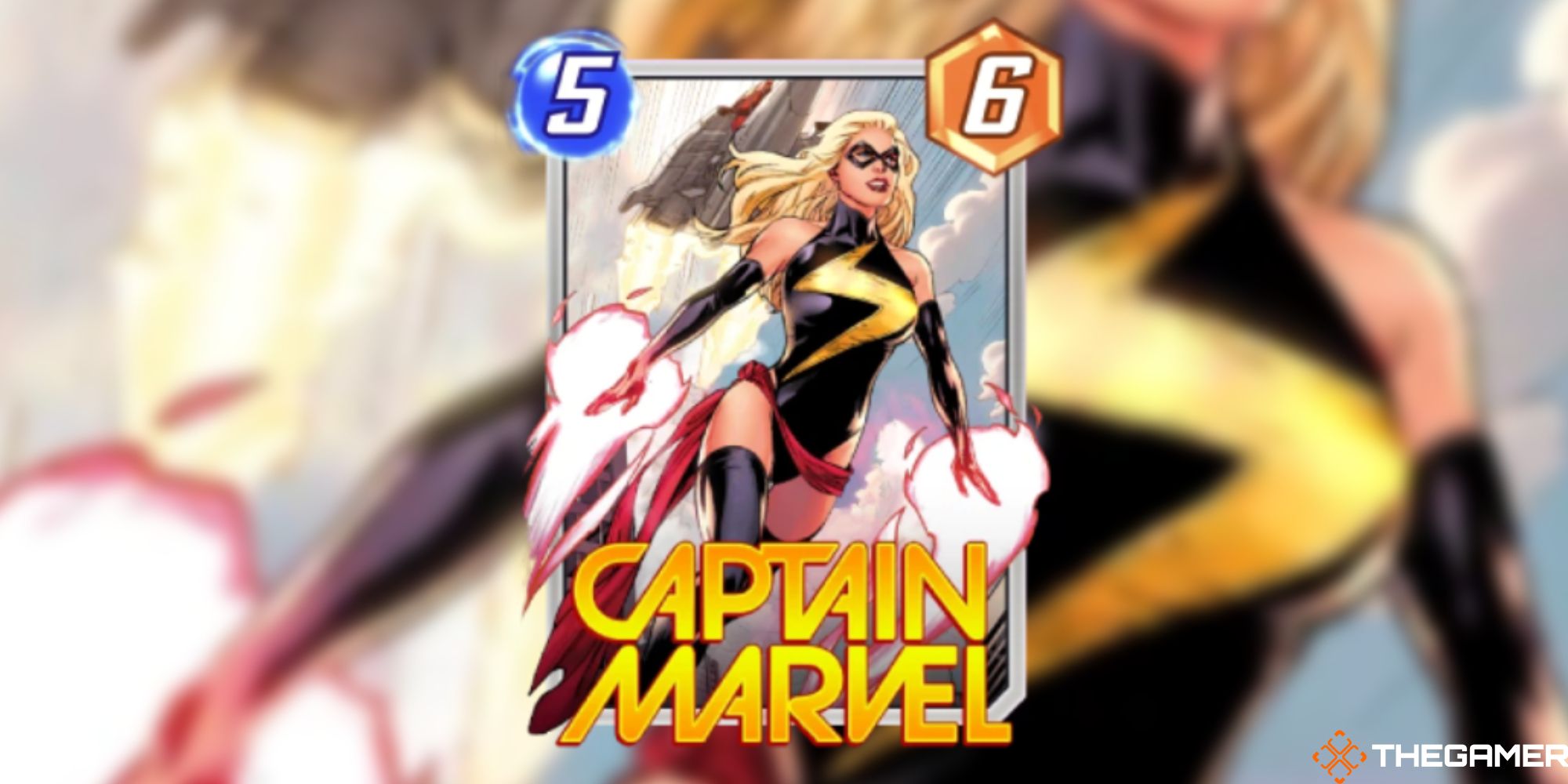 Many fans were quite sad when Captain Marvel changed her appearance, opting for a more blue and red costume that is more akin to armor in terms of look. While the character used to be known as Ms. Marvel, when she wore the outfit, it's still Carol Denvers underneath. The new look is excellent, and the character has evolved quite a lot in terms of personality over the years, but tons of people long for the old look.

Luckily, Marvel Snap includes the original look of Captain Marvel as a Variant card, and it looks fantastic. Overall, it's a nice piece of Marvel history to include. 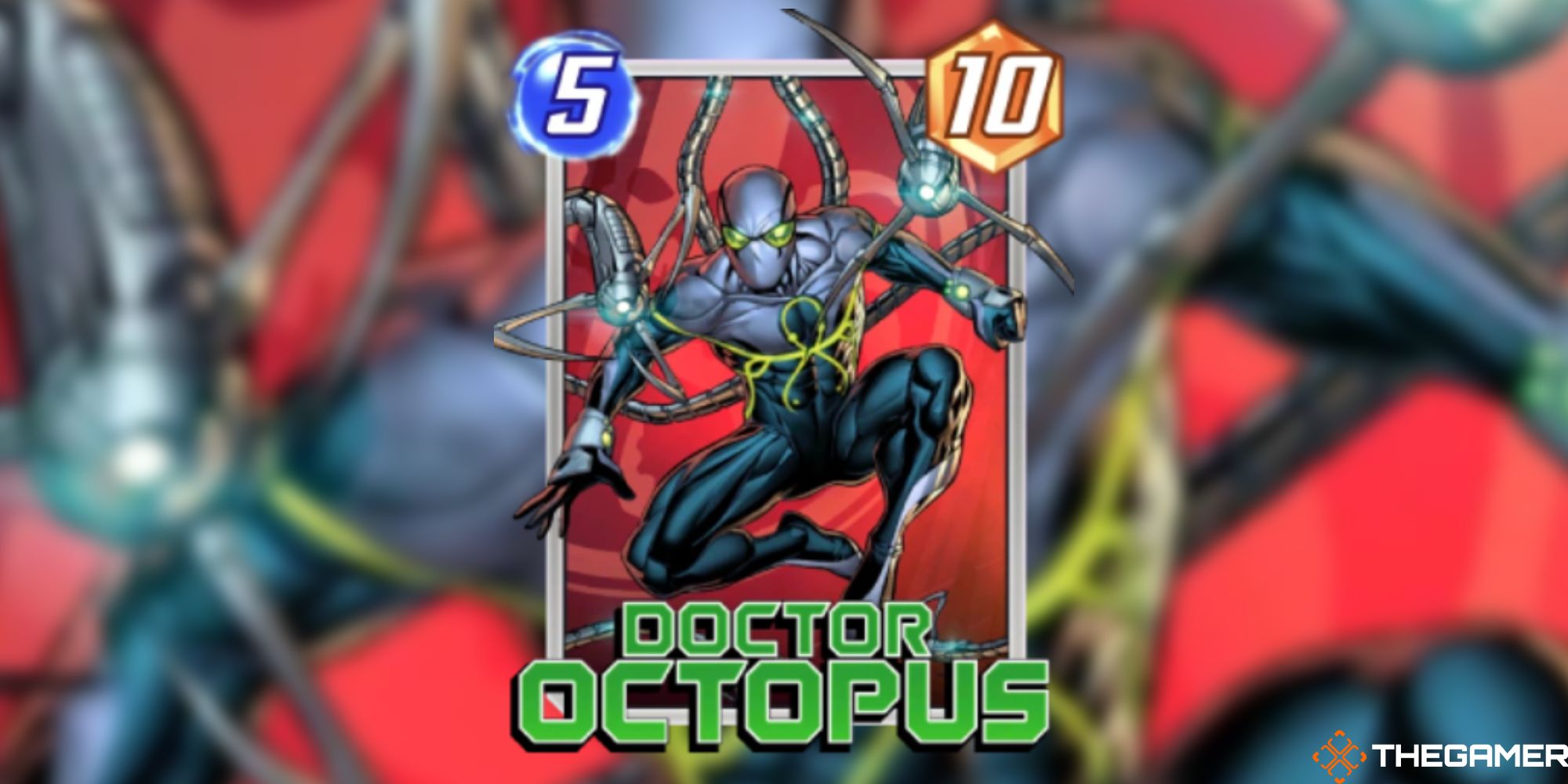 As a classic Spidey villain, Doctor Octopus has had a weird period of stories in the last decade. He had quite the rollercoaster, with changing bodies with Spider-Man, clones, and many more plot shenanigans. Fortunately, this period of Doc Ock's publication history gave us some fantastic costumes.

While the Superior Spider-Man costume he used while occupying Peter Parker's body was excellent in its own right, if not a bit subdued, the look he has as The Superior Octopus is plain amazing. The metal arms, combined with the grey and green skintight costume, make for an iconic look. This was a great inclusion, for sure. 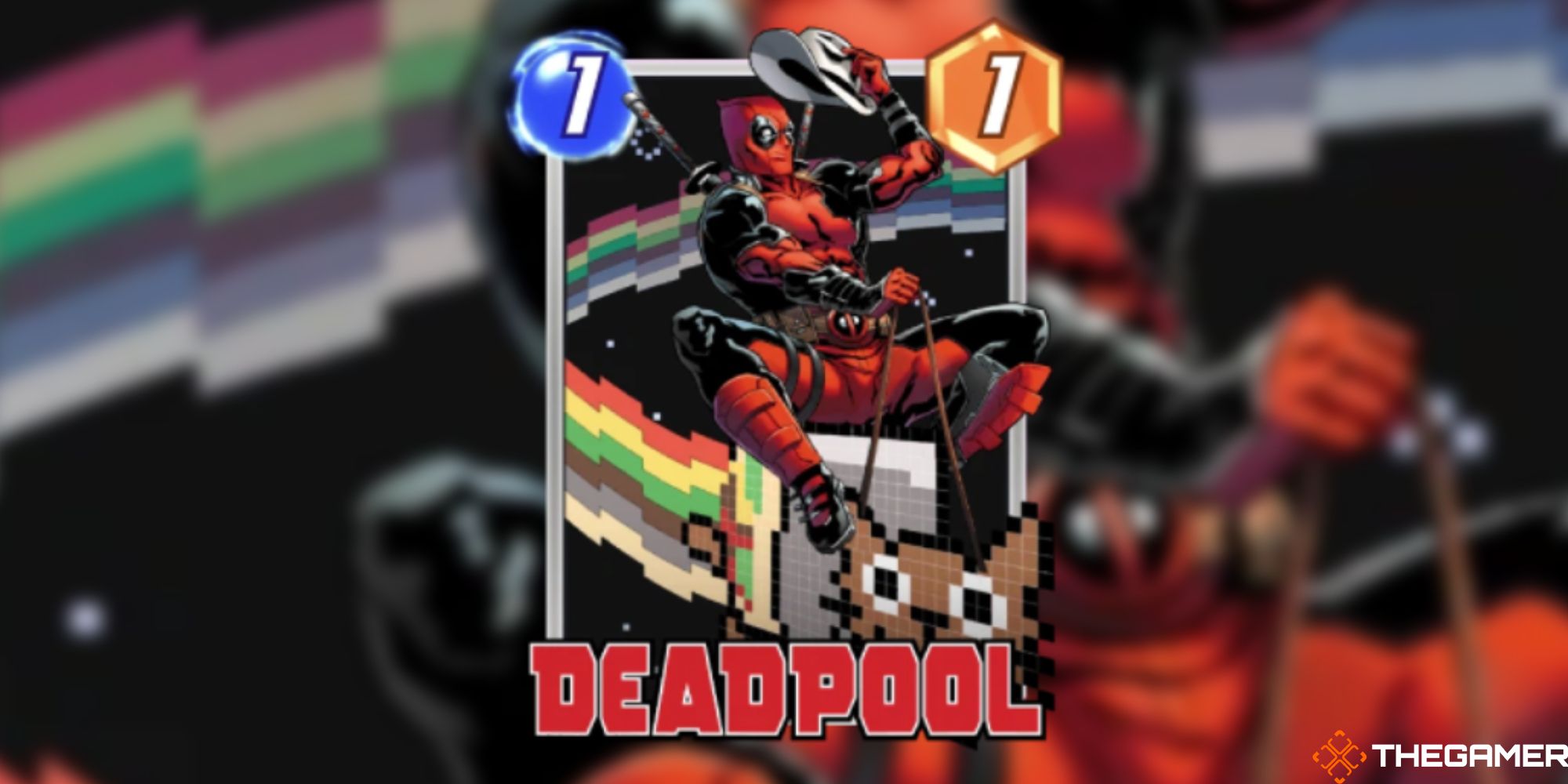 Deadpool might have been both the easiest and most complex character for the developers to design Variant art cards for, to be honest. The dude knows he's a character and constantly breaks the fourth wall. Of course, that gives infinite possibilities for card art, but it must have been hard to pick what to include.

The good news is that the developers managed to convey Deadpool's wackiness fully. We see the Merc with a Mouth riding on a Nyan Cat knockoff, of all things, leaving behind a pixelated rainbow. While random and unexpected, without a doubt, it just makes sense for the character. 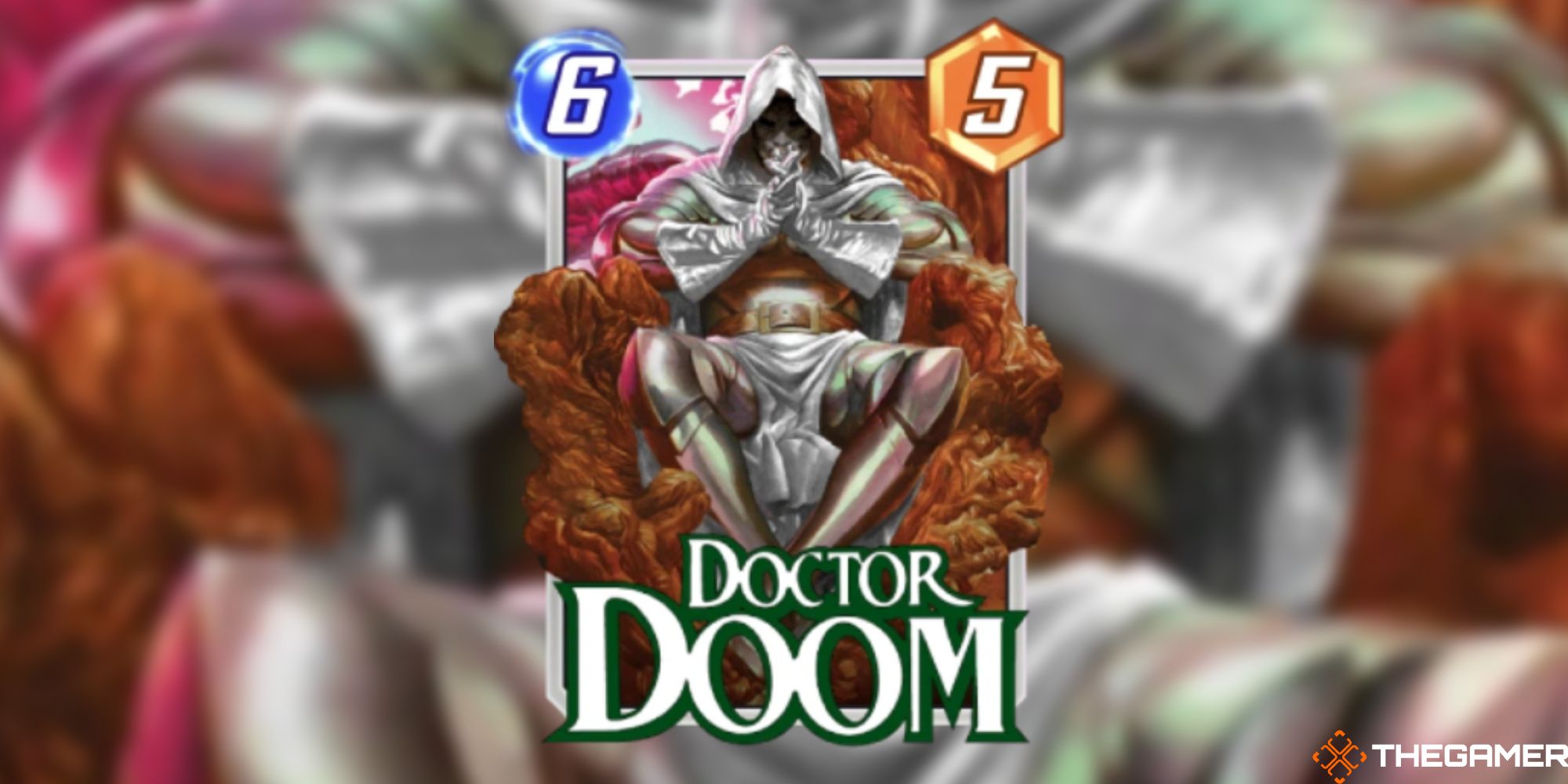 Doctor Doom is constantly discussed and considered one of the best villains Marvel has to offer. The fandom has been longing for a good adaptation of the character on the big screen, as the previous attempts were lackluster.

The character has a rich history and probably wears one of the most iconic costumes. However, his time as God Emperor Doom, the ruler of Battleworld during Secret Wars, made many readers fall in love with him. The all-white costume and story significance were excellent, making this Variant card feel much more impressive. 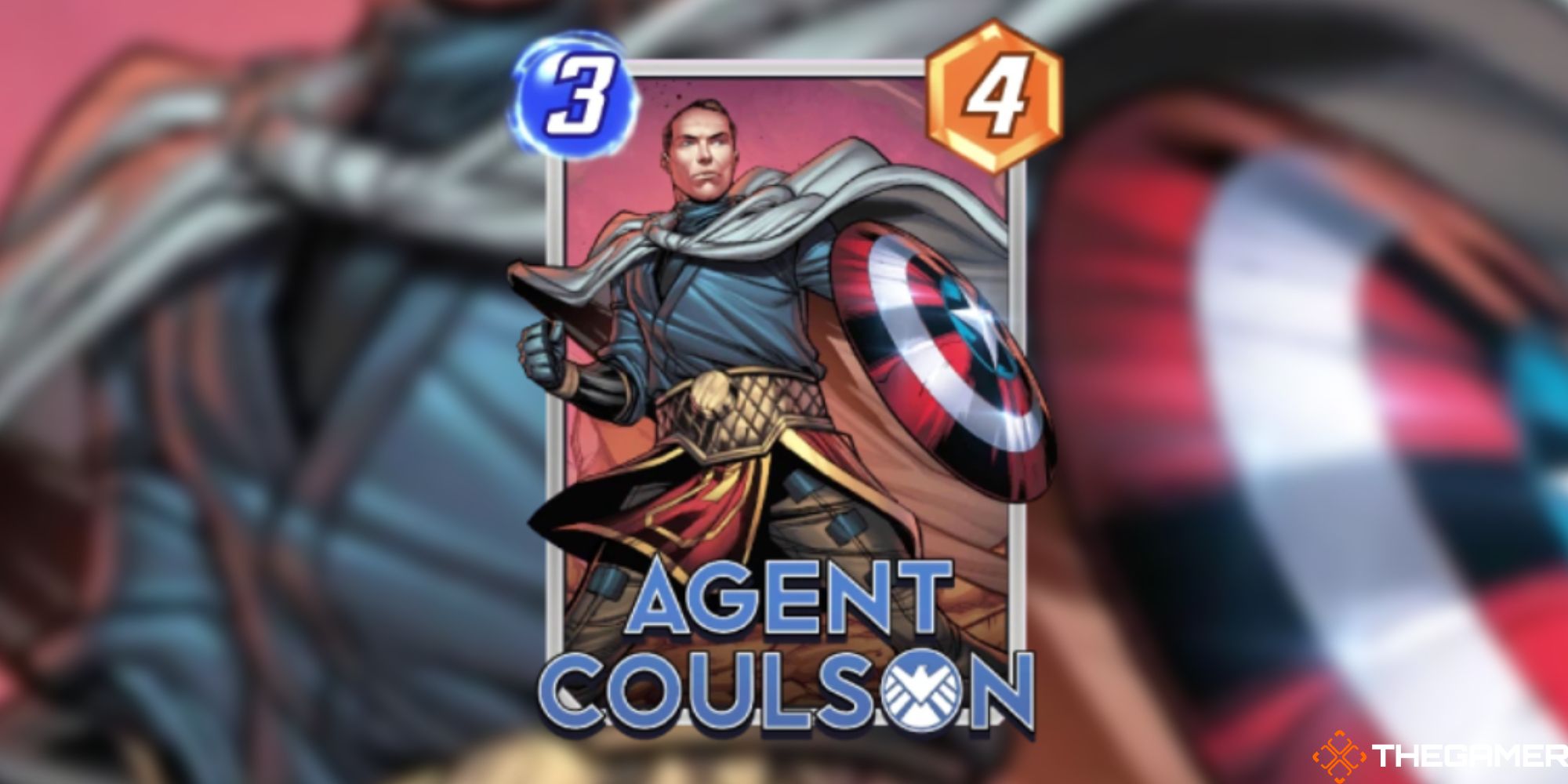 Lesser known, forgotten, and minor characters are one of the best cards to mess around with and make enjoyable through card art in any card game. Unfortunately, while Agent Coulson climbed the popularity ranks in the last decade thanks to the MCU, he's still not up there with the classics.

This Variant makes him way more fun, though. We see the S.H.I.E.L.D. agent as a superhero. He utilizes clothing and weapons from a variety of well-known superheroes. He looks cool, funny, and ready to fight, which makes this one of the best Variant card arts.

2/10 Black Bolt, Leader Of The Inhumans 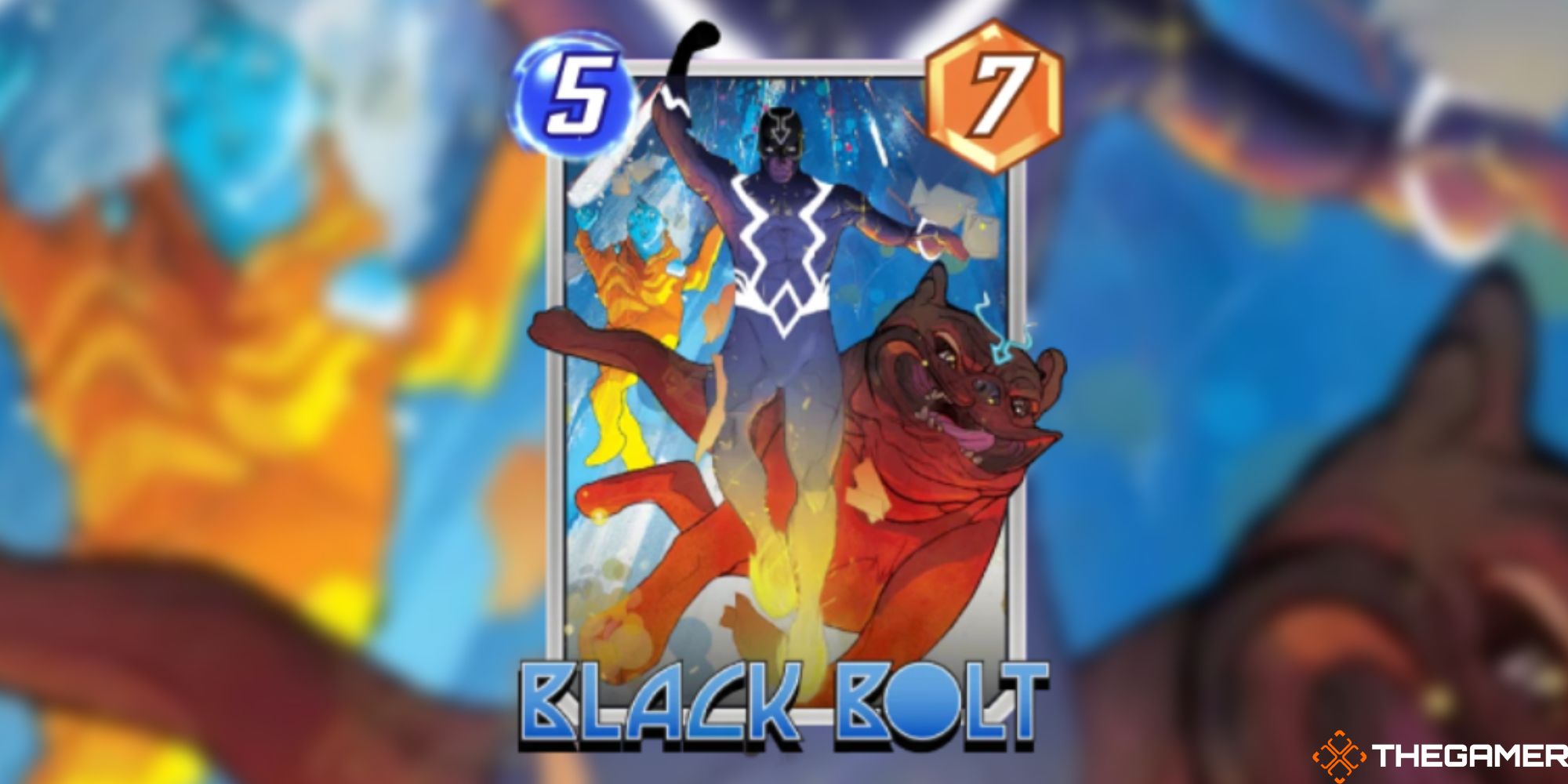 Black Bolt has never been the most popular or the most beloved character. That is partly due to how the live-action adaptations have disappointed the fans in some ways. The character is quite remarkable in the comics, though, as he's the leader of the Inhumans and has one of the more interesting powers.

This Variant card, fortunately, lives up to the comics in terms of badassery. Seen from below, with Lockjaw next to him. The coloring on this Variant is one of the best in the game and makes the art pop out of the frame incredibly well. 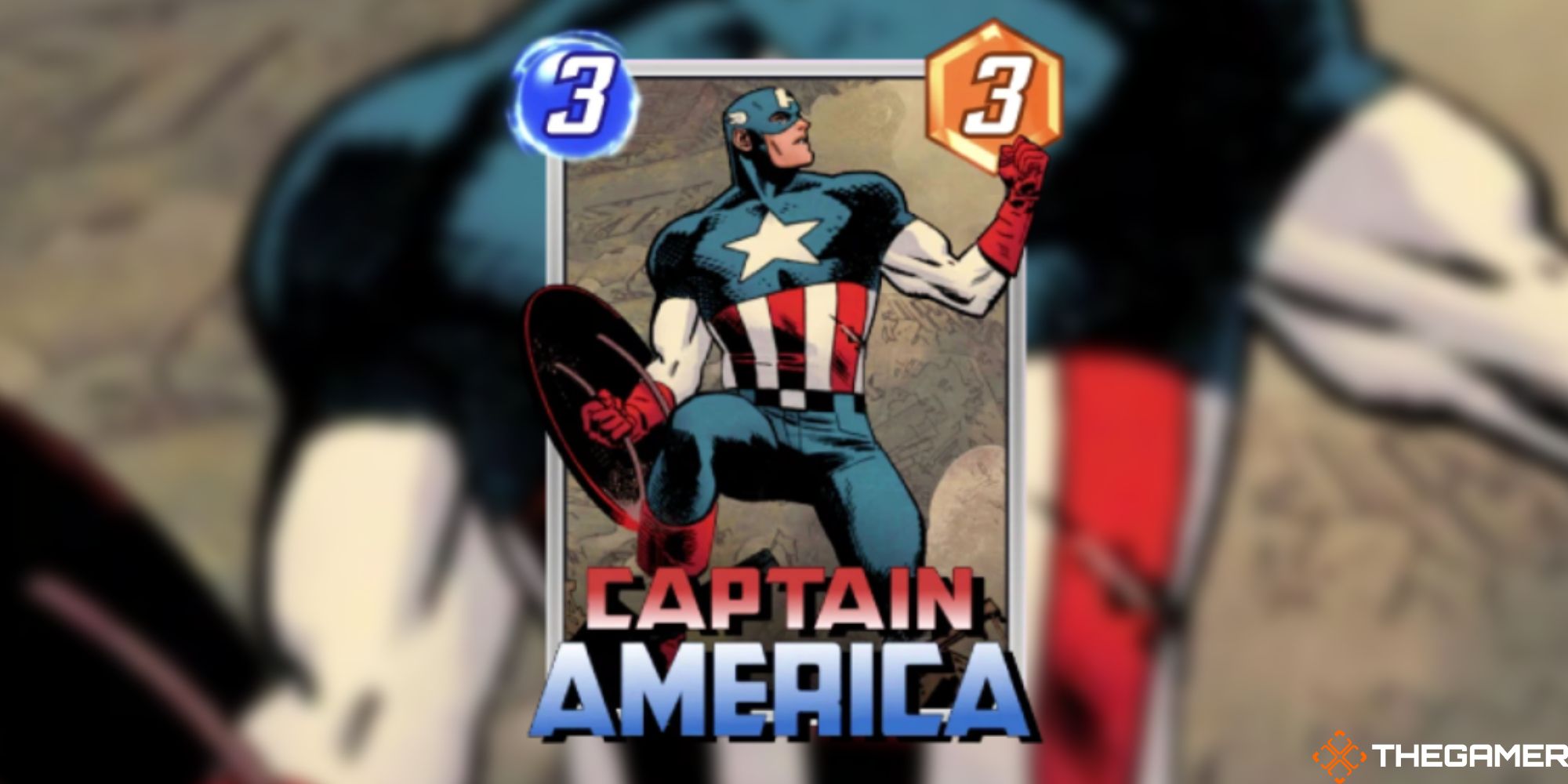 Captain America is one of Marvel's oldest and most well-known characters. Naturally, that brings with it tons of costumes, disguises, and equipment that the Variant card could have included. Instead, however, it's a simple, old-looking trading card.

That is, however, the perfect Variant for a Captain America card. It feels authentic as if it was found in a bunker somewhere. The Cap trading cards were a significant plot element in the modern classic Avengers, as they made the characters realize the stakes. Simple, but absolutely compelling.