You are here:
Home / Marvel Snap: 10 Weirdest Cards In Pool 2

Marvel Snap has taken the trading card game world by storm. Quick to play and filled with exciting board states driven by random effects, it provides deck builders with a delicious plate of cards to sink their teeth into. The full library is being released in tiered “pools,” with the bulk of Marvel’s supers arriving in Pool Three (77 cards), followed by Pool One (46), and Pool Two (25).

Pool Two features a variety of new, chaotic — and sometimes just weird — effects whose true value may not appear obvious at first glance. Try these cards in control and disruption decks, or add them to an existing build where it makes sense. Like the Doctor himself, Marvel fans should already be drawn to everything strange. 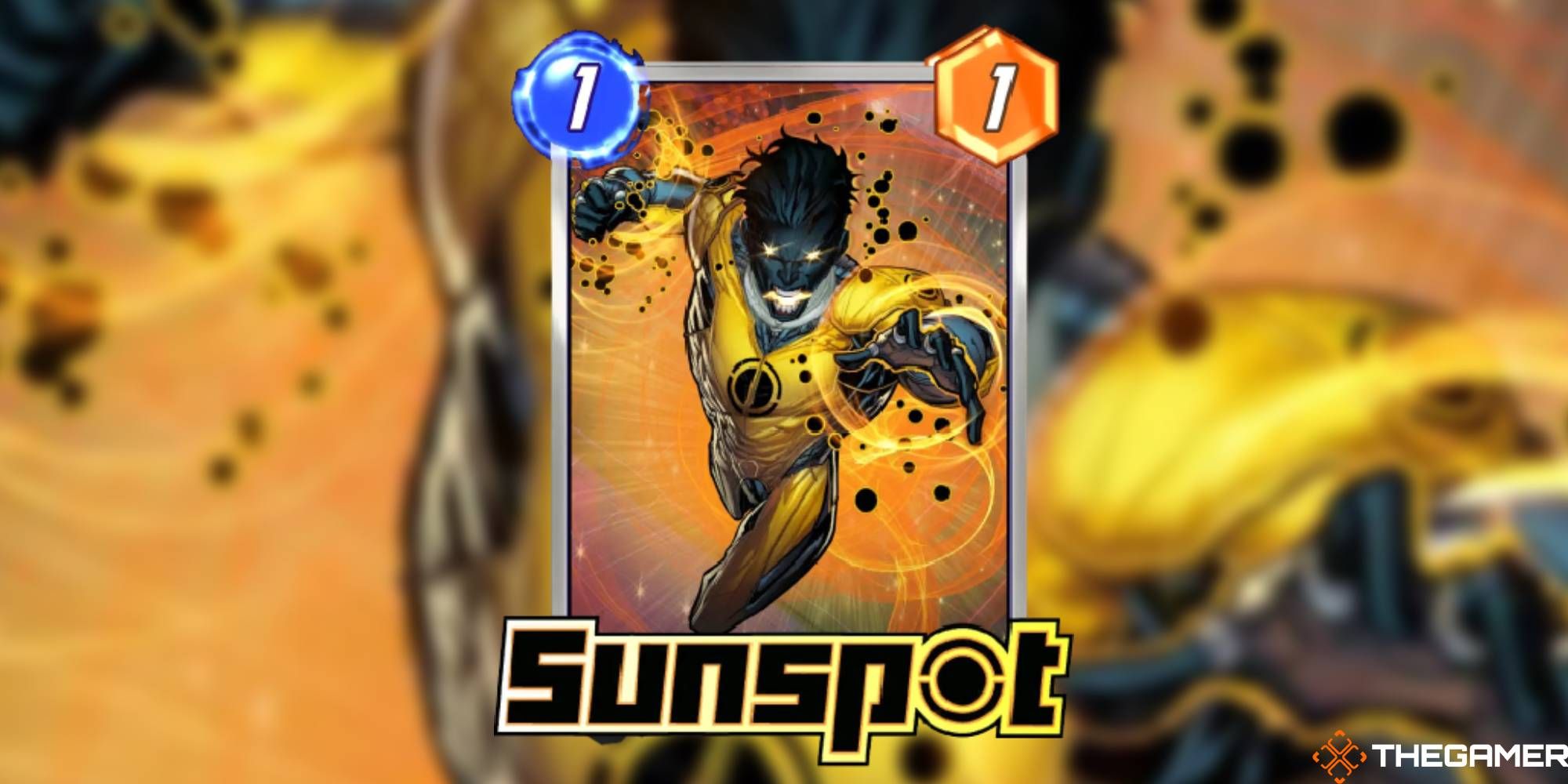 Sunspot gets +1 Power for each unspent Energy you pocket at end of turn. At first, this may appear to be counter-intuitive to everything you’ve learned thus far in Marvel Snap. Unspent Energy (anyone else still calling it “mana”?) probably means you have a bad hand and are on your way to losing. It means you are not playing enough cards, and that’s rarely good for most decks.

However, Sunspot encourages it. In fact, a deck built around strategic Energy usage could buff this one-drop enough for him to win you a zone. Try Sunspot with The Infinaut and see how the Sun and cosmos were always meant to team up. 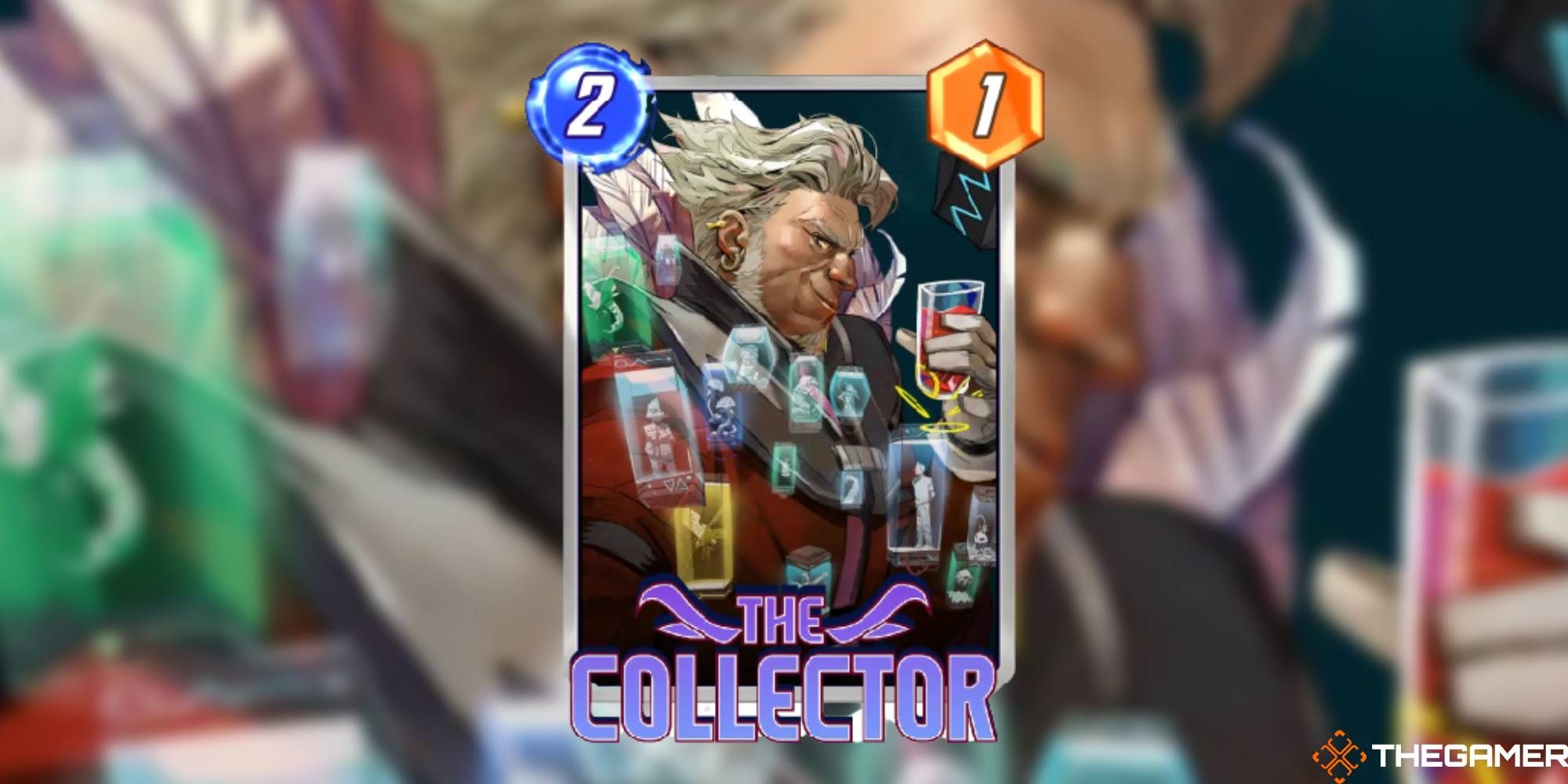 The Collector collects +1 Power from each card generated everywhere except your own deck. This requires special card effects and isn’t that common, especially with the rest of Pool Two.

In effect, like Benicio Del Toro’s freakish Collector in the MCU, this card wants you to steal whatever you can from your opponent, empowering an ever-growing collection to admire. Alternatively, duplicate your hand or bring cards in from battlefield effects and see him grow. Try The Collector alongside cards like Sentinel and Cable, or even better, Moongirl and White Queen. 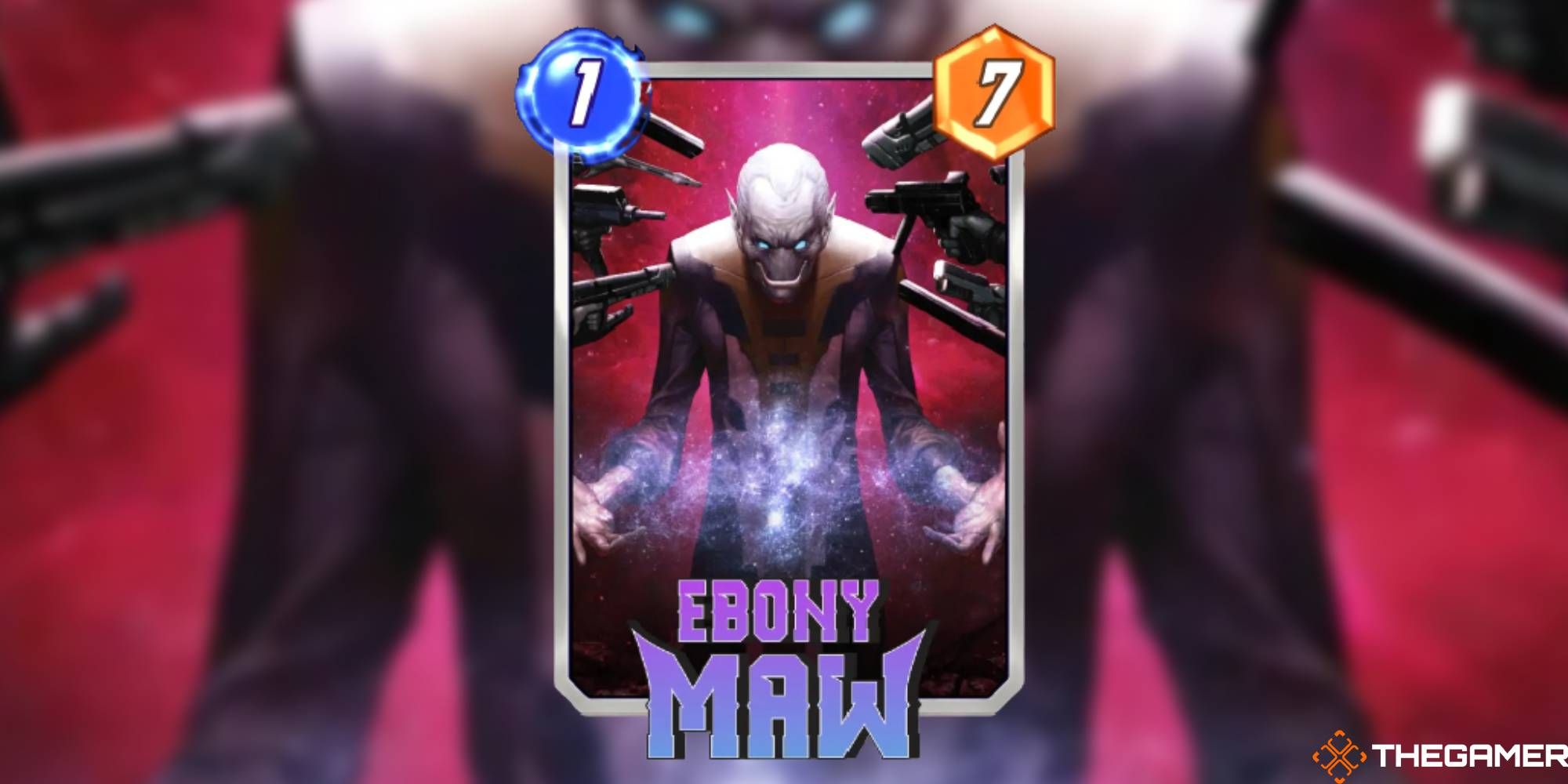 Ah yes, the weird Squidward-looking telekinetic menace from Thanos’ posse. Ebony Maw’s Energy-to-Power ratio is one of the best in all of Marvel Snap. But one Energy for seven Power demands a hefty drawback — you can’t drop him in the late game, and you can’t follow him up.

How best to utilize the Maw? You must play him early, and on a zone where he may end up standing mostly alone. That is unless you are playing a deck full of cards that can move, or otherwise get cards out in alternative ways. “You can’t play cards here” is a specific ruling, and does not disallow Nightcrawler, Vision, or White Tiger’s big kitty from joining Psychic Squidward’s party. 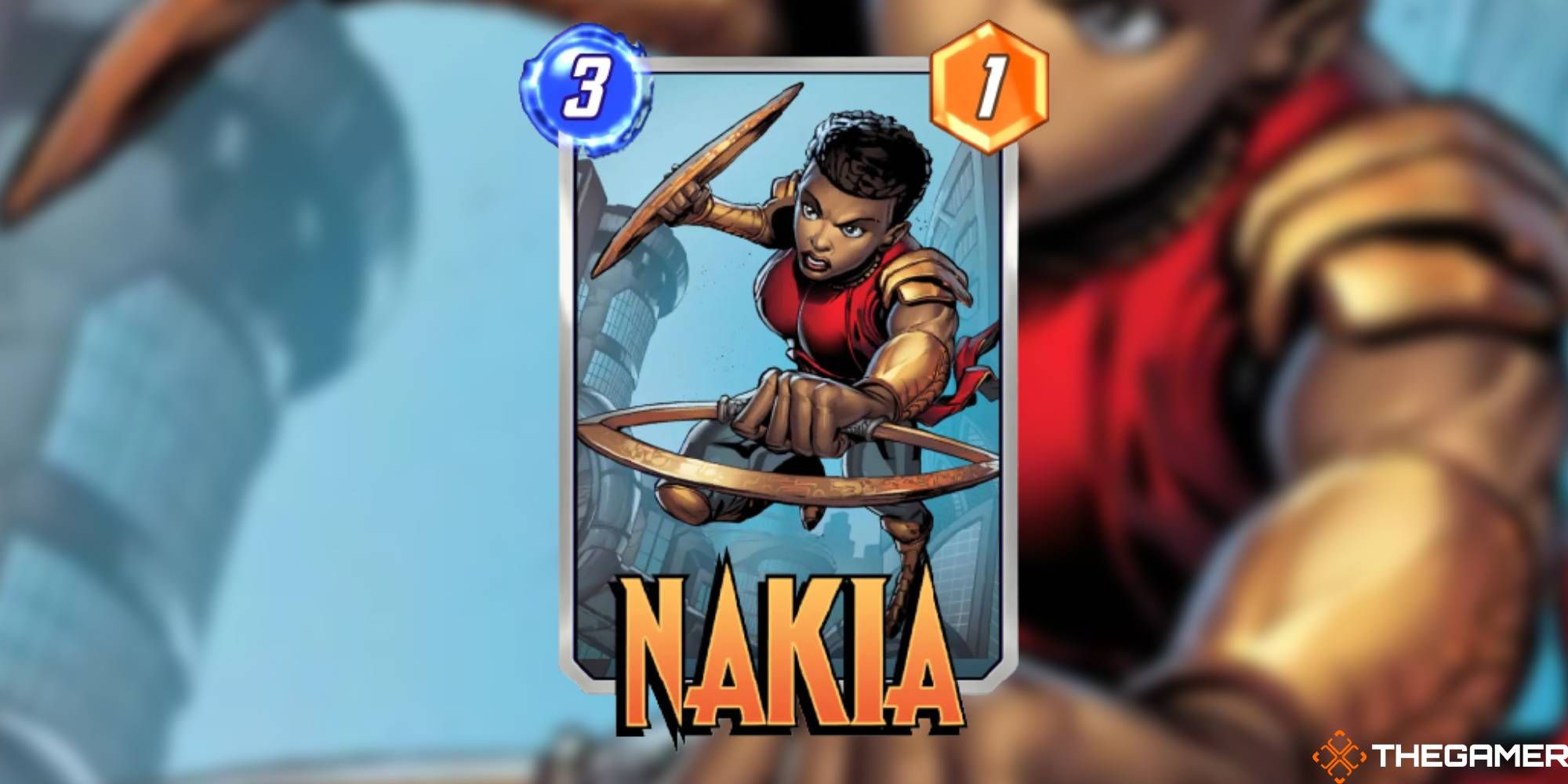 The Wakandan superspy Nakia, played by the wondrous Lupita Nyong'o in the MCU, empowers the two leftmost cards in your hard with +2 Power each. Her major drawback comes in the fact that she herself is weak, and costs three Energy to play. This may be enough to turn most Snap players away.

But consider the possibilities of buffing cards in your hand before they’ve been revealed. Really, Nakia provides a total of five Power for three Energy. She favors decks that want to play many weaker creatures. Or, aligned with the lore of the films, she does best when boosting her king and lover — the Black Panther — whose power doubles On Reveal. 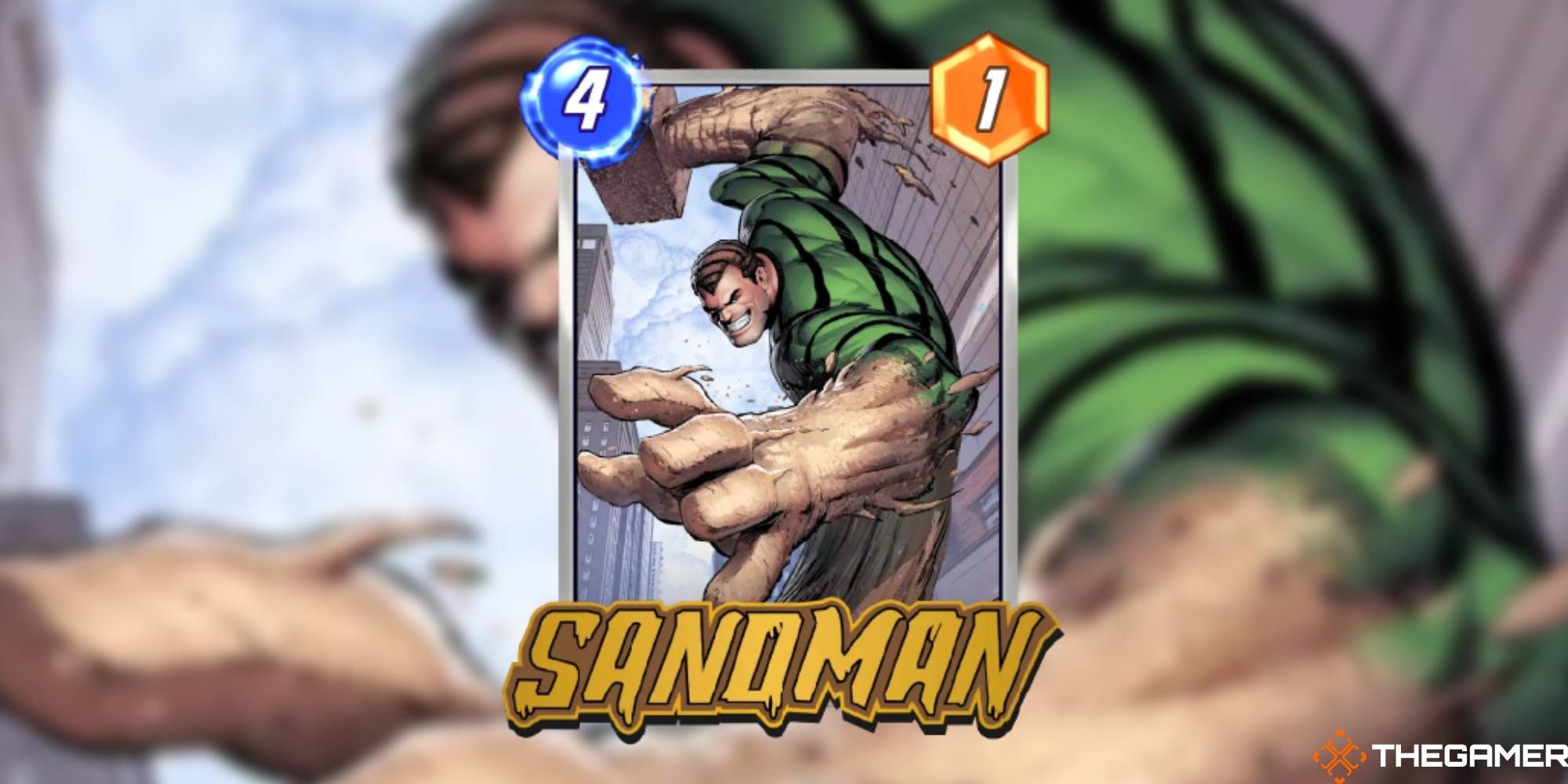 This shapeshifting Spider-Man villain demands a comprehensive control strategy. Flint Marko's Ongoing effect allows for only 1 card played per turn by both players. At four Energy for only one Power, a Marvel Snapper (is this a thing yet?) will need to get creative with their build around Sandman. Dropping him on turn four could mean your opponent is doomed on five and six — if their strategy relies on playing many cards at once.

Unfortunately, many turn-six plays in Snap involve a finisher at exactly six Energy — but not always. For your own Sandman deck, try to pick out the absolute best five and six Energy cards for your one play on those pivotal final turns. Think Gamora and Hulk, or Black Panther into Odin. 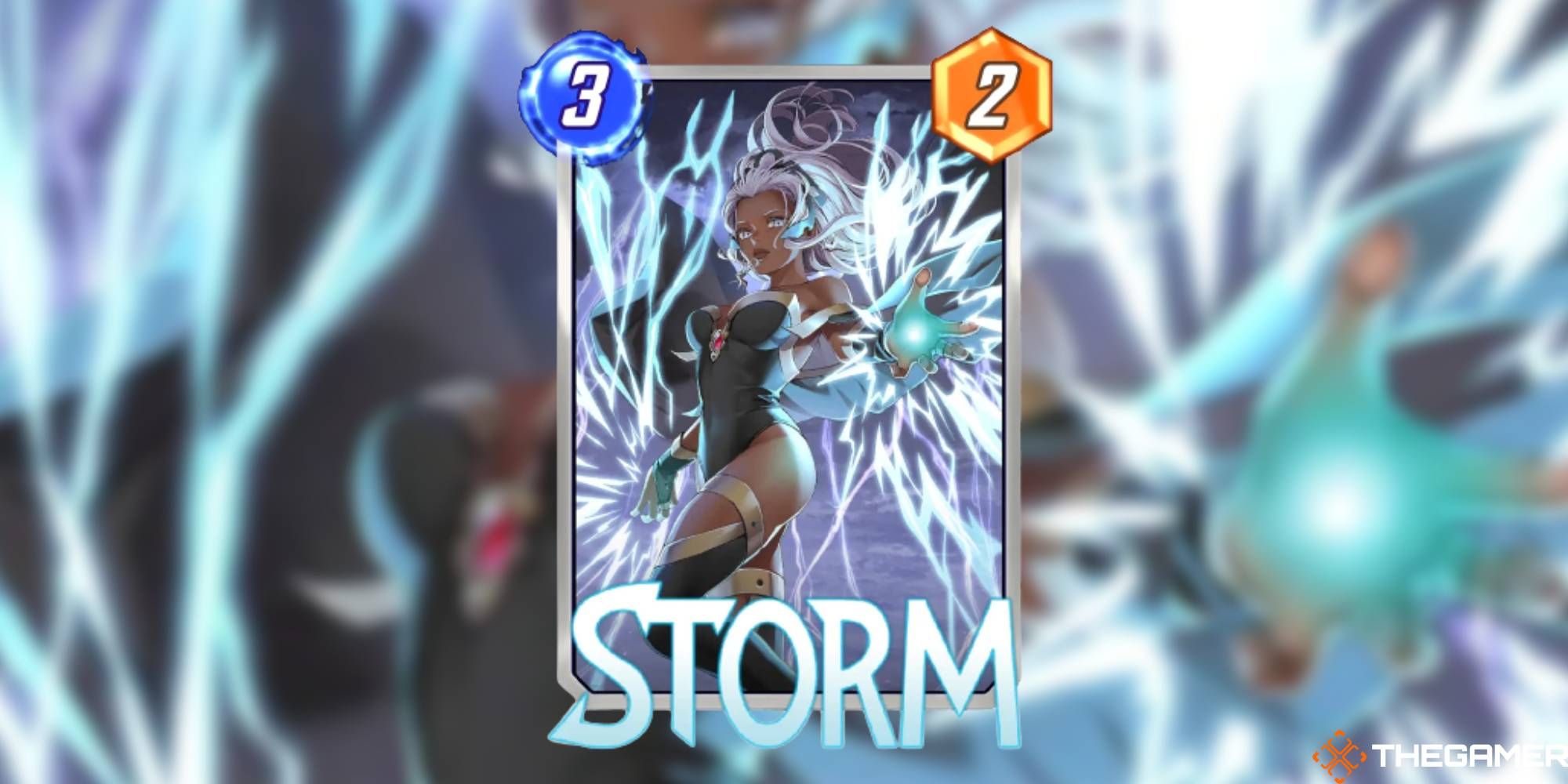 Storm’s effect is huge, and rather straightforward, but also extremely dangerous if you’ve failed to batten down the hatches. Among the most ridiculously powerful of the X-Men, Storm – aka Kenyan princess Ororo Munroe – offers up a unique path to securing a zone early by "Flooding" it.

But like any hurricane, this card requires careful planning. Storm must be dropped on a zone that you have a lead on, or must be followed up immediately after with some serious zone-flipping power. Play Storm on turn three and turn four will be the final play there. Consider Jessica Jones as one of her principal partners in fighting crime. 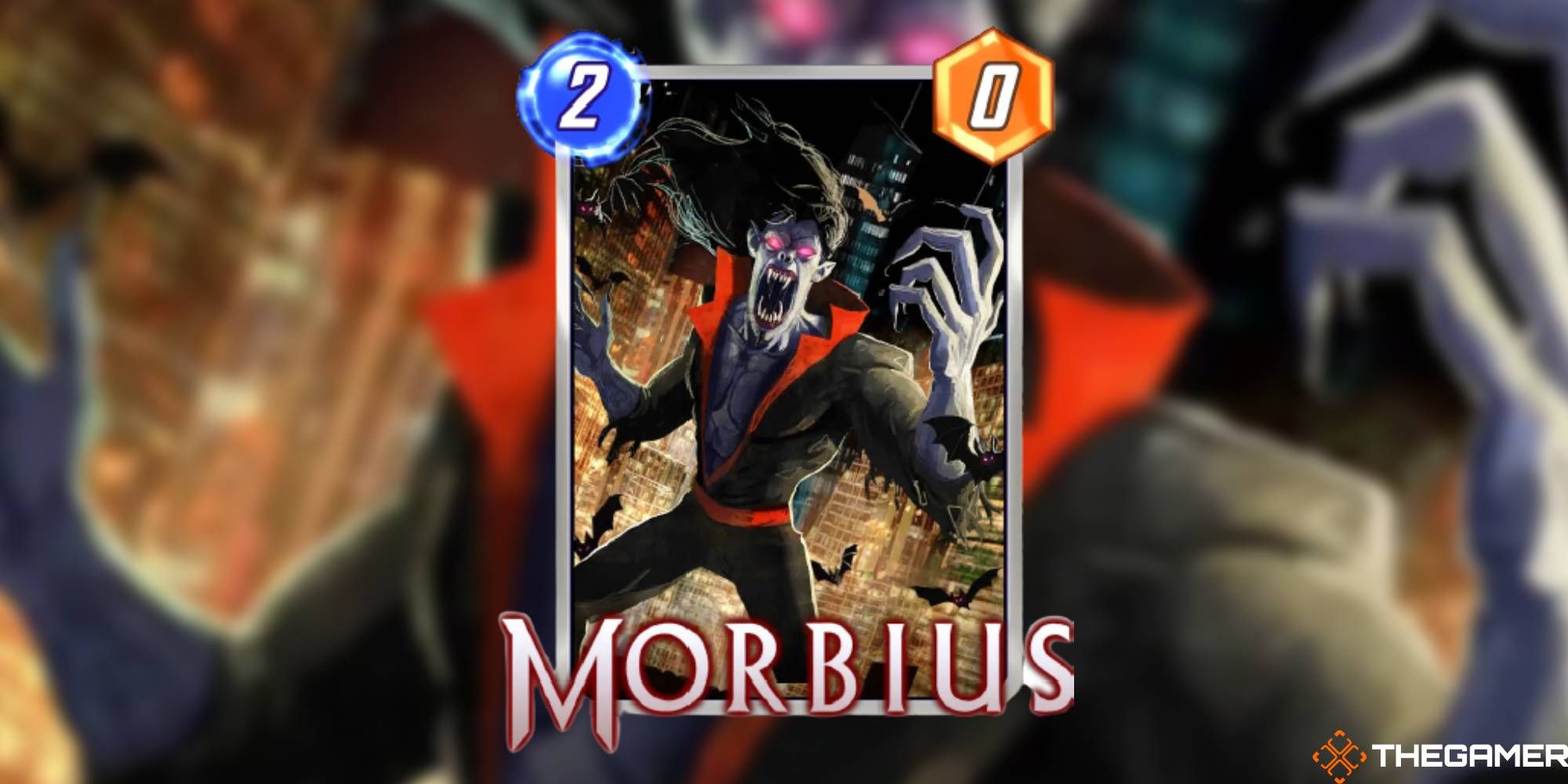 Yeah, it’s totally Morbin’ time. This biochemist-turned-Living Vampire should be the centerpiece of a discard deck, easily earning up to six or more Power by feeding on the blood of cards falling from your hand. +2 Power for each discard means you'll want to be doing that early and often, even if Dr. Michael Morbius isn't yet on the field of play.

Discarding cards feels bad in almost every TCG. However, Marvel Snap is actually full of cards that benefit from being discarded, such as Apocalypse and Wolverine, or can summon all the dead like the Asgardian goddess of the underworld, Hela. Get your Morb on alongside vamp-hunting Blade (irony!) and others that slice up your hand. 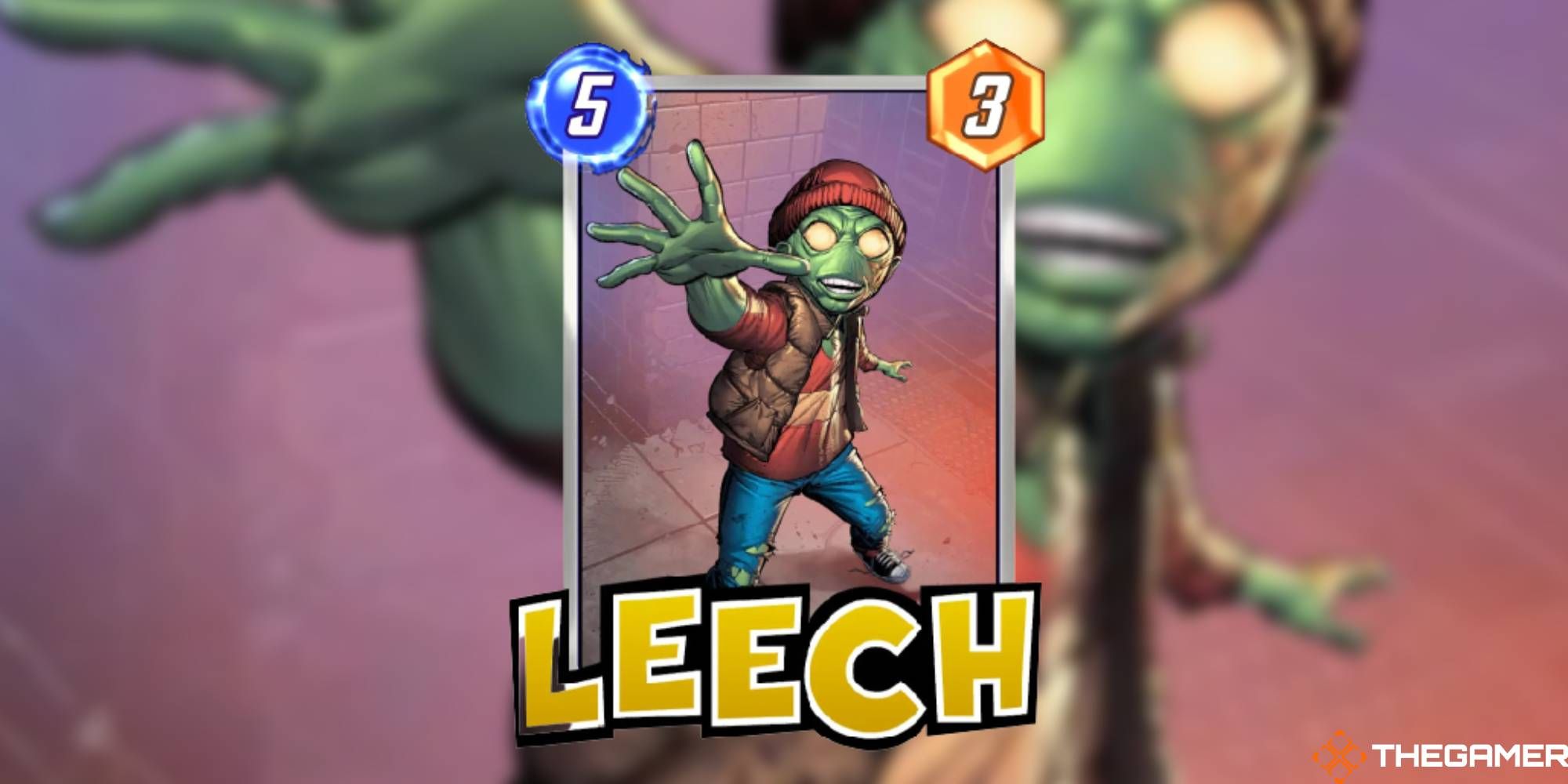 Raise your hand if you know anything at all about the Marvel character Leech. Feel proud, as this orphaned mutant and strange-looking fella is quite unexpectedly impactful for a penultimate-turn play in Marvel Snap.

Discovered by the sewer-dwelling Morlocks, the beanie-wearing Leech completely nullifies your opponent’s hand of all abilities. All those strategies and combos fly out the door going into turn six and beyond. Three Power is nothing to scoff at for potentially ruining their chance to show off a meticulously crafted deck. 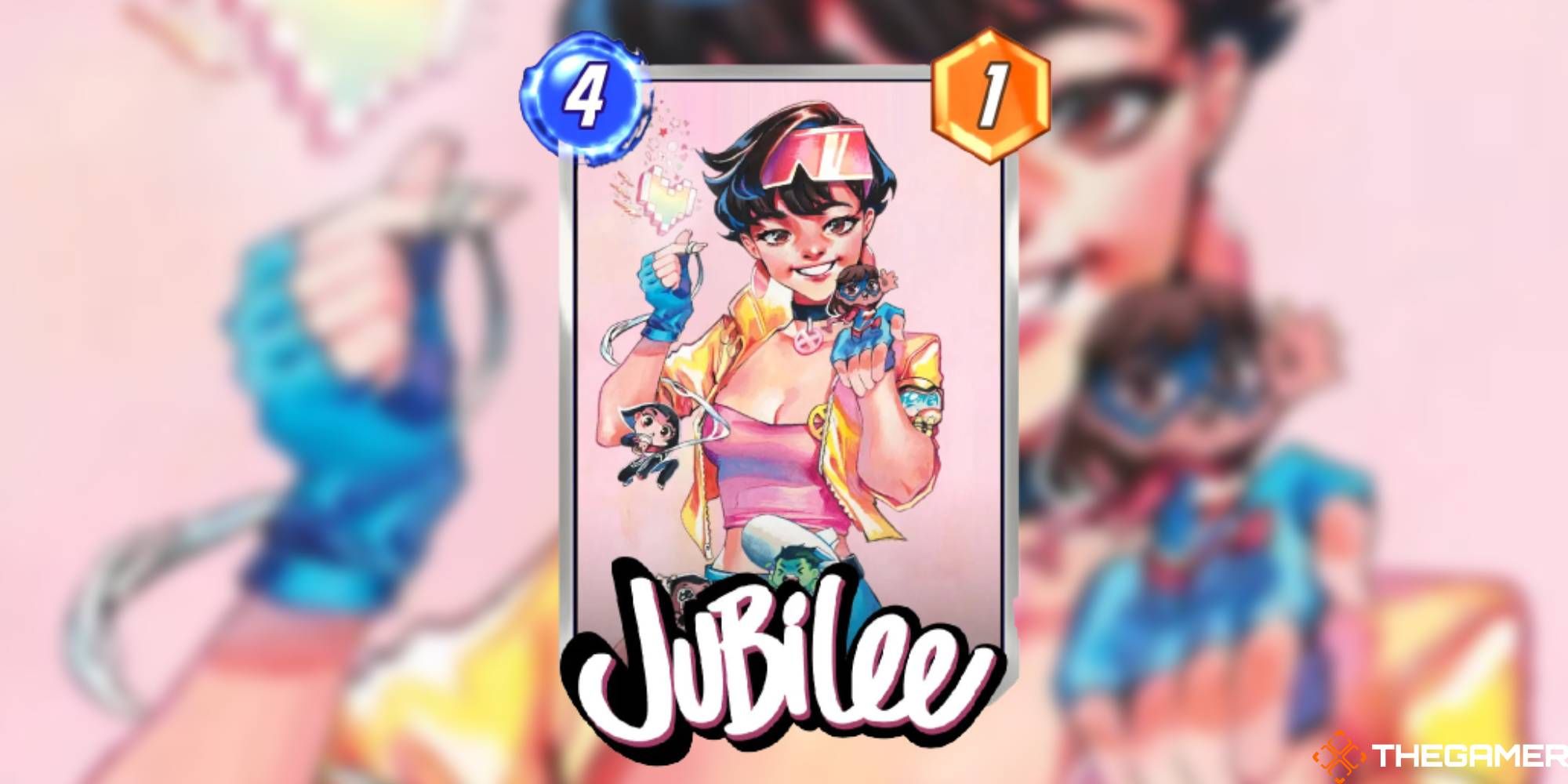 Everyone loves Jubilee! The most spunky and stylish member of the X-Men becomes the cornerstone of an emphatic strategy — if you know how to use her. Though costly and underpowered at four Energy for only one Power, Jubilee does something no other hero can do: “cheat” out cards directly from your deck.

Like so many other effects in Marvel Snap, Jubilee’s effect is utterly random. But that just means you need to stack your deck with all sorts of high-cost, high-power cards that can take full advantage of her matter-exploding powers. They play right next to her, so choose a zone with at least one spot open and wait for the fireworks. 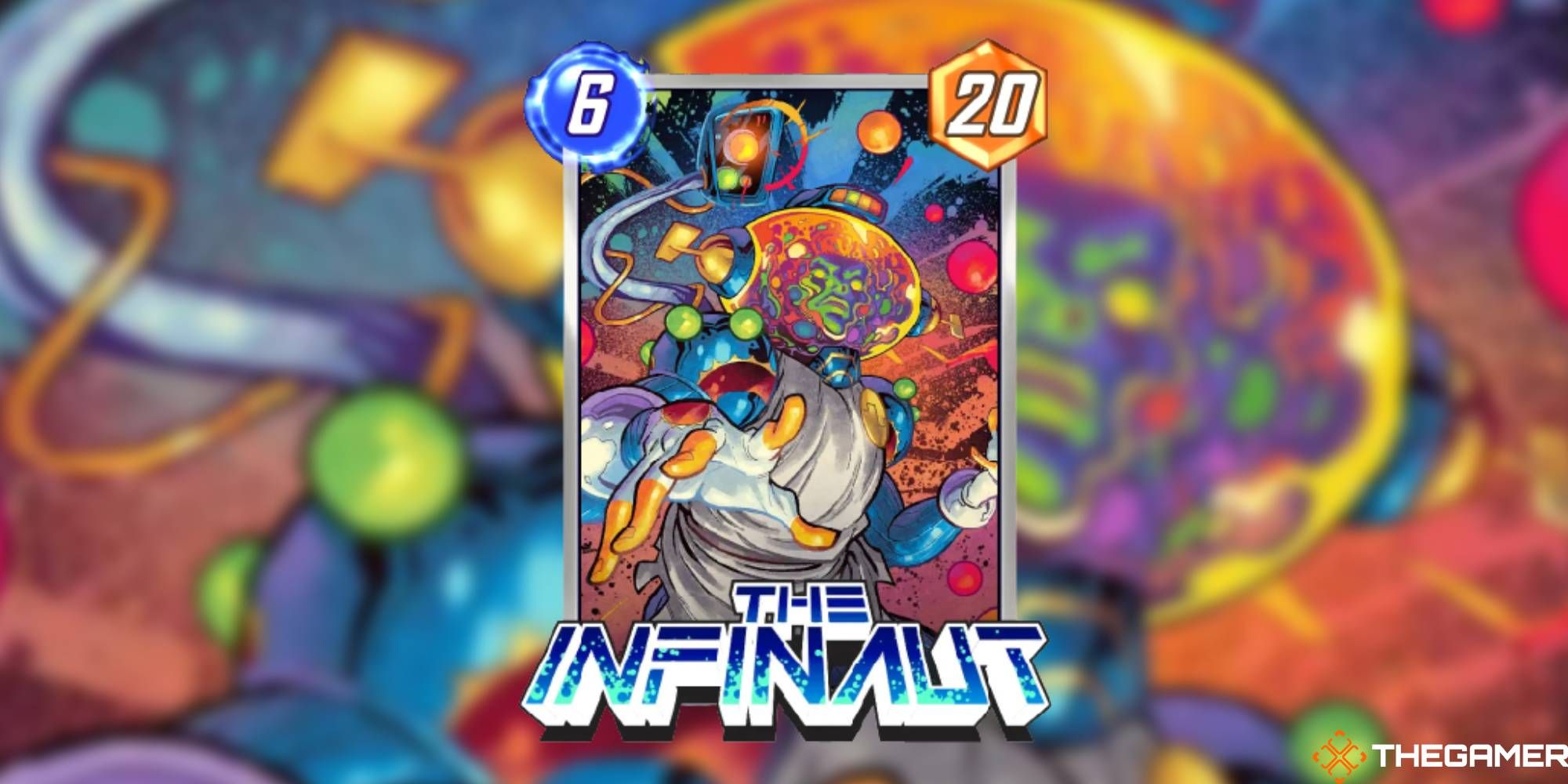 We end where we began. The Infinaut is Marvel Snap’s highest-Power card at a mighty 20. This cosmically unknowable interplanar traveler, who manifests somewhat randomly on Marvel’s Earth-616, has no known alias and was merely coined “The Infinaut” by Dr. Adam Brashear, aka Blue Marvel.

In-game, The Infinaut promises to win you at least one zone when you summon him on turn six. Though the drawback is heavy — your turn five becomes a no-play period, meaning you must win at least one other zone with only four turns of cards. It's not impossible, but you’ll need to build around cards like Sunspot, or cards that move, in order to secure victory. Or, just get Jubilee to pick up the phone!