Mario + Rabbids: Sparks Of Hope is a turn-based adventure RPG that blends mission-based gameplay with all the bells and whistles of classic Super Mario platformers.

This intergalactic exploration can be overwhelming at first, especially if it is the first Mario + Rabbids game that you've picked up. Sure, some faces might be familiar to those of us who grew up with a Nintendo 64 – but it's tough to guarantee battle success, organise your team, and find all the Sparks. Here are some tips to get you started!

Pay Attention To The Suggested Level 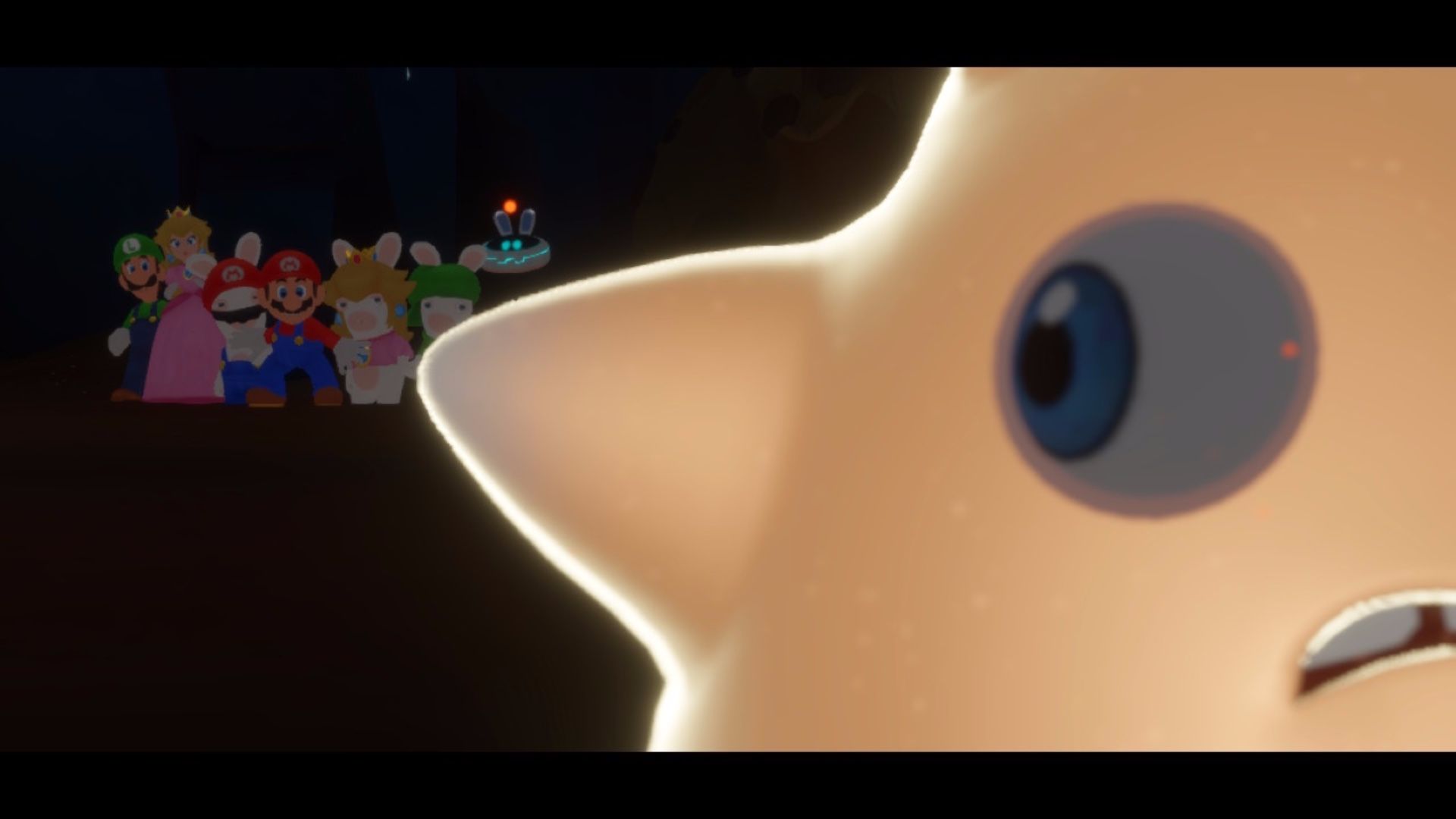 Before jumping into a battle on any of the planets, check the little icon above the enemy's head or above the mission title. This number indicates the suggested hero level that the game recommends you reach before attempting this challenge.

Missions above your current level won't be blocked off entirely, so you can give them a go regardless of your level, if you're feeling lucky. This isn't the case for missions such as Beacon Beach's Locked Pipe, which requires you to have a certain number of Sparks unlocked.

Change Up Your Heroes 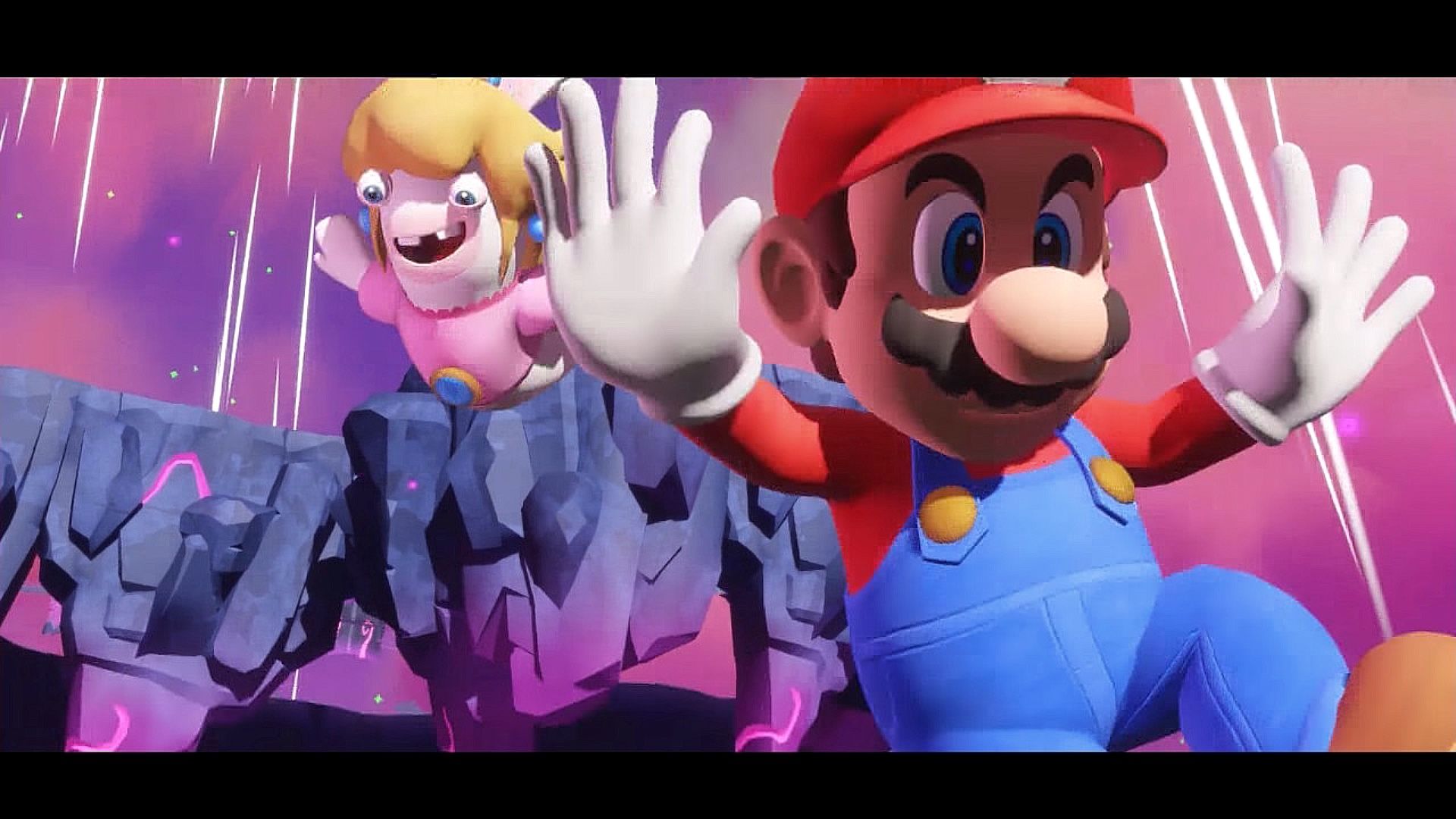 You have a range of Heroes to play as and bring into battle with you – each with unique powers, weapons, abilities, and the magical tactics of a Spark companion that you can equip for an extra boost:

It might seem easiest to focus on building up just two characters, but be sure to explore all of them. Levelling up your fighting Heroes actually raises your level across all characters, meaning you aren't risking anything by switching your team up from time to time.

You can level up by clearing battles and progressing through missions, this in turn will unlock more points to invest in your Skills Prism. These prisms are unique to each character. Be sure to check back frequently to make sure you haven't forgotten any.

Balance Your Defense And Offense 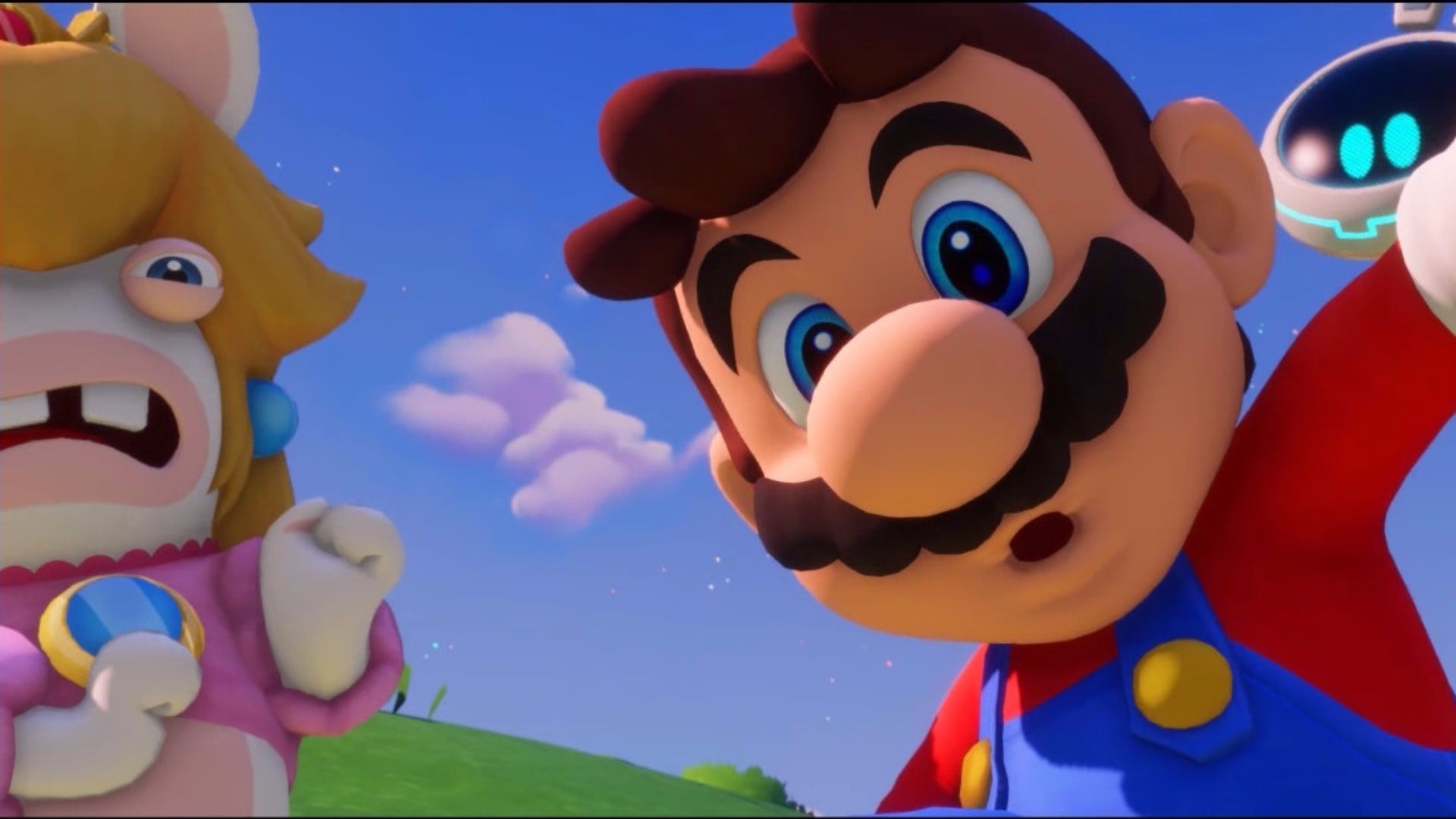 The secret to turn-based combat like in Mario + Rabbids is predicting your enemy's moves and acting accordingly. This can only be done if your team is well-balanced between offense (damage-dealing) and defense (shielding and healing).

You want to make sure you have one powerful protector Hero on board such as Rabbid Peach or Princess Peach, and one strong HP-demolisher such as the likes of Mario or Edge. You can also equip any character with the Reflector Spark to give them a defensive buff, but it's still smart to make sure you're not working with an imbalanced team.

Once you defeat the boss in the Sunrise Temple, you'll be able to play with three characters rather than just two. 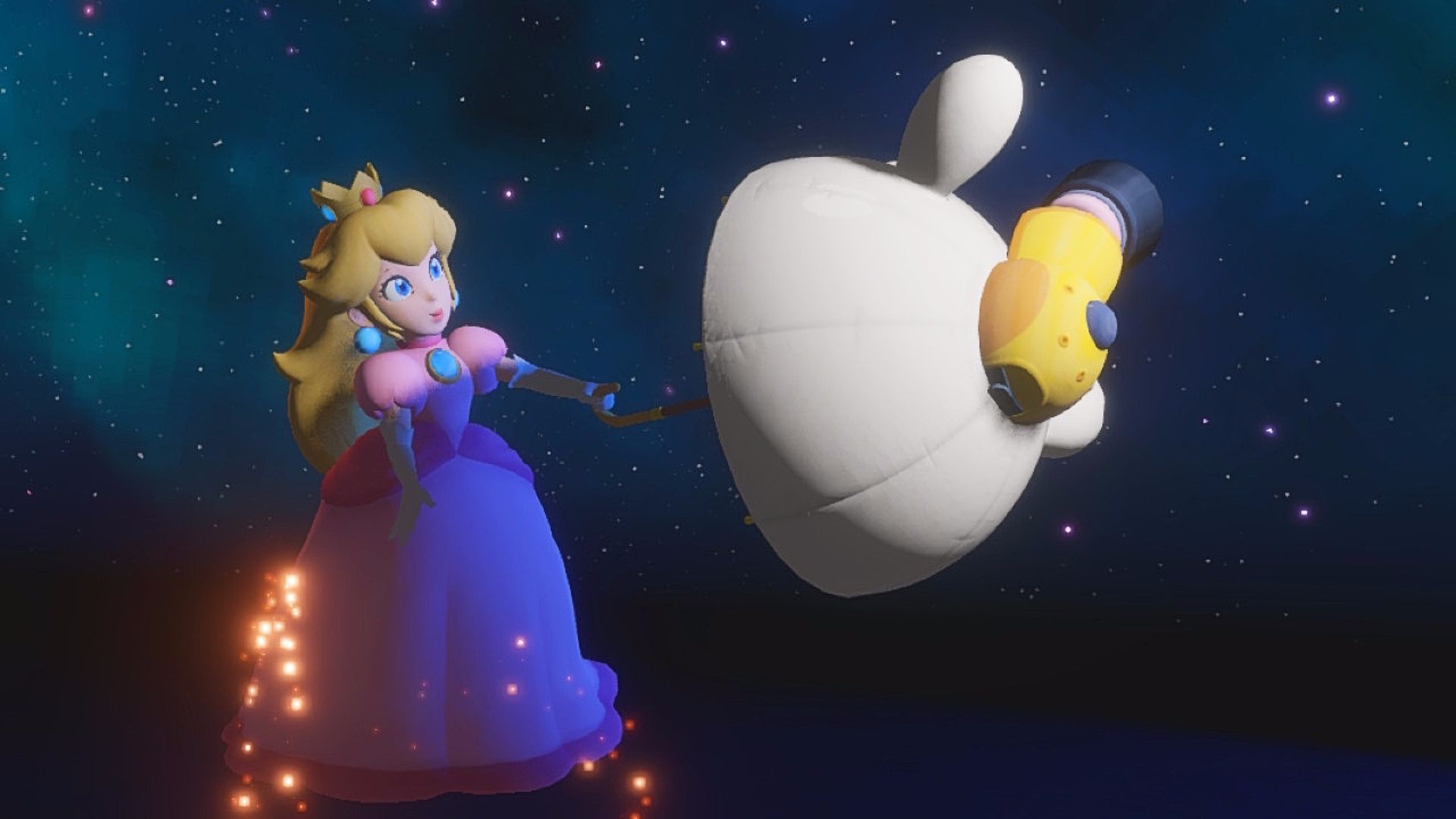 At some point in the game, you're going to find your HP levels dangerously low. We've all been there, seeing as unless you're using Rabbid Peach's team healing ability, it's hard to replenish health out in the midst of battle.

When you first enter Beacon Beach, be sure to purchase some Super Mushrooms from the shopkeeper, shown on your map via the brown coin purse icon. These will give you a boost of 20 percent HP – or simply cough up 100 coins to let the shopkeeper heal your entire team. The shopkeeper also has a range of other trinkets for you to throw your coin at, such as an item that immediately removes your special action cooldown, collectible memories, or key items, vital for completionists who want to explore every inch of the map.

Check What Kind Of Battle It Is 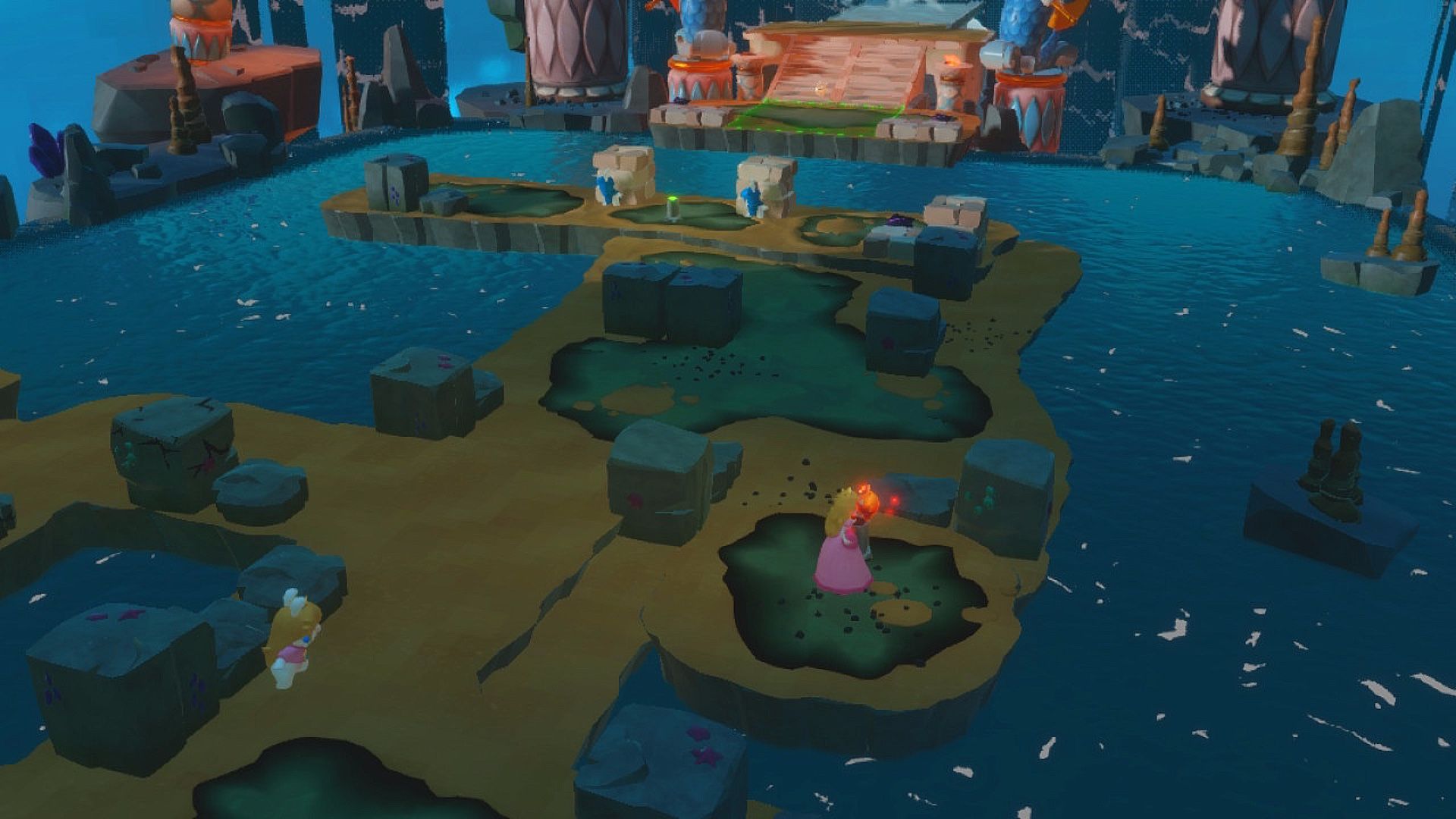 You don't always need to defeat every enemy on the field. A quick scan of the map should tell you everything you need to know about a battle – and what you need to do to win.

There are usually three types of battles:

If you simply need to reach a certain area, focus on using the team jump move to get your party across the field quickly whilst picking off any hurdles that get too close for comfort. Leftover enemies will give up once you get to the green zone. Sometimes, you have to defeat every enemy on the field in order to win. Keep track of how many more Goombas you need to send flying by checking the tally in the upper-left hand corner of the screen.

Finally, Complete Objective missions require you to do something specific, like launch Bom-ombs into ooze-covered doorways to break them open, or defeating a giant boss. As you and your teammates strive to carry out your task, portals will open that will start to spew even more enemies. Focus on whittling down your main target and shutting down those portals by shooting or attacking them directly, thereby preventing floods of minor foes from spawning.