You are here:
Home / Manor Lords Is Technically Outstanding And Full Of Potential

Manor Lords Is Technically Outstanding And Full Of Potential

Several hunters return from the woods with deer carcasses over their backs. An ox drags a pile of timber towards the new granary being built on the edge of town. On top of the hill, which overlooks the valleys and rivers below, a windmill spins in the Spring wind. This is Manor Lords. It’s only a demo, but I’m already blown away.

Developed by solo developer Slavic Magic, Manor Lords is technically outstanding. The level of detail is unparalleled. No city-builder of this ilk has ever managed to achieve this level of minutiae—not Banished, not Ostriv, not Going Medieval. I thought the game was beautiful, but then I found the view button. This lets you wander around your village as your character, the local lord.

This is something I’ve always desperately wanted from a city-builder—the ability to get down onto street level and live among your subjects. Even the graphics and rendering on the lord’s cape, the pointed shoes, the silly hat are all brilliant. A lot of love has been put into the smallest details, and it’s paid off. Everything you can see in the picture above was built by the villagers, beam by beam. This is not a cutscene. You can zoom right down to this level, or zoom further and further out, until you are presented by a massive region map with several towns and villages.

That’s when the potential scale of this game hit me. From the footsteps of your lord, to grand battles and trading empires that span across an entire region. Manor Lords is delicate in its detail but explosive in its scope. It is extremely rare for a game to attempt both of these in one swoop, let alone one that has already achieved a seamless style of gameplay in its first playable demo. Regions are only touched on in a tiny, tiny way in what we’ve got so far, but you can already tell how much it is going to impact your playstyle in future updates and builds. 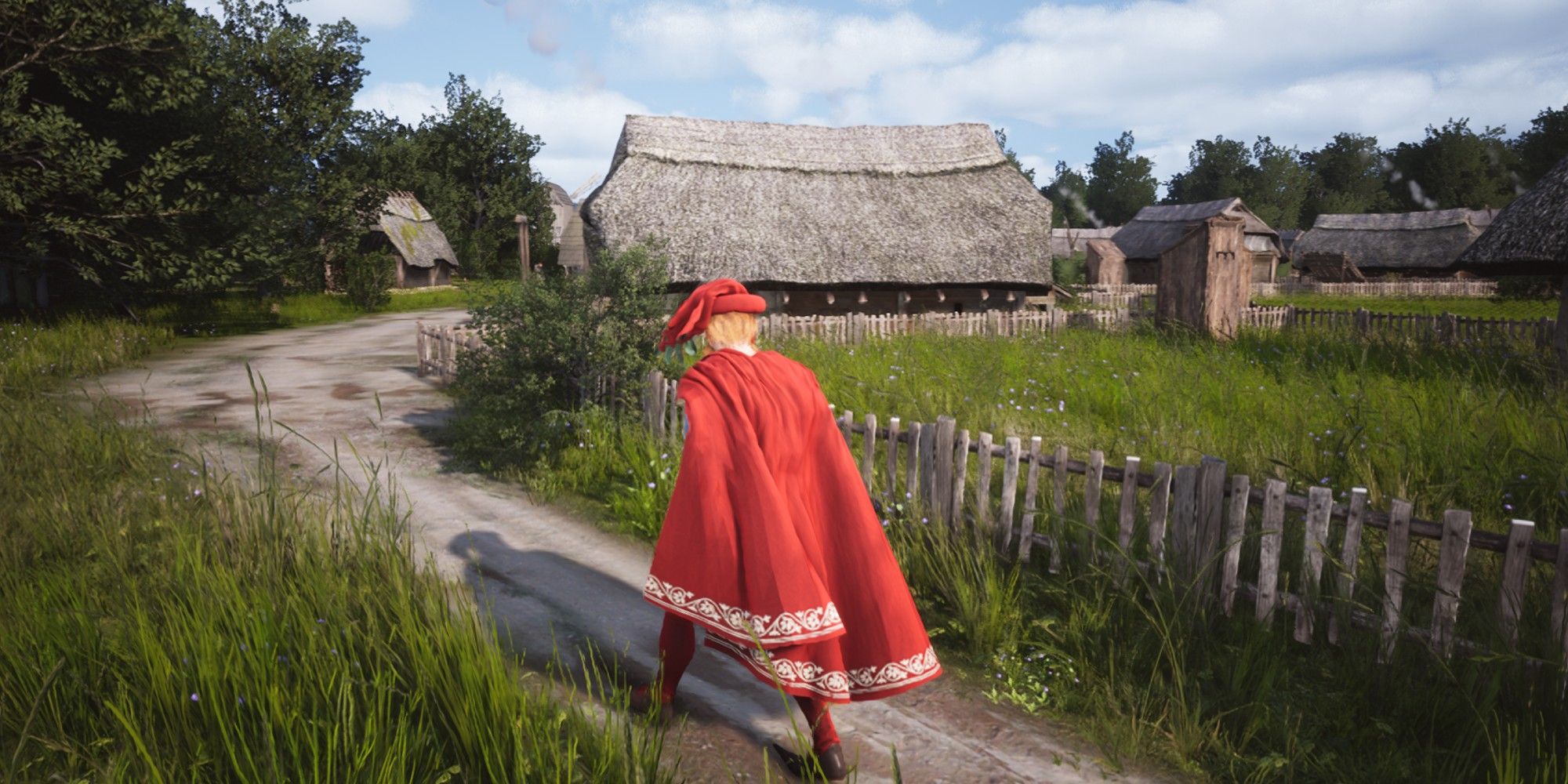 Manor Lords is a survival city-builder, and we can’t mention games in this genre without first bowing our heads slightly to Banished. While there were other games before Banished, it was the one that began the torrent of other games inspired by its harsh winters and dwindling food supplies. And there are a lot of similarities between the games, although Manor Lords has branched off in several new directions. It looks set to become the triumph in a genre that has been around for almost a decade.

Your village is a living, breathing settlement. Your villagers require food, clothing, tools, and firewood—you can either produce these yourself, or trade with outsiders for currency and resources. Grow too quickly and your villagers will starve to death. If you don’t provide enough firewood, they will freeze in the streets. Begin industry with iron mines and flax fields, produce clothing and tools, and eventually, in the future of the game, build armies. 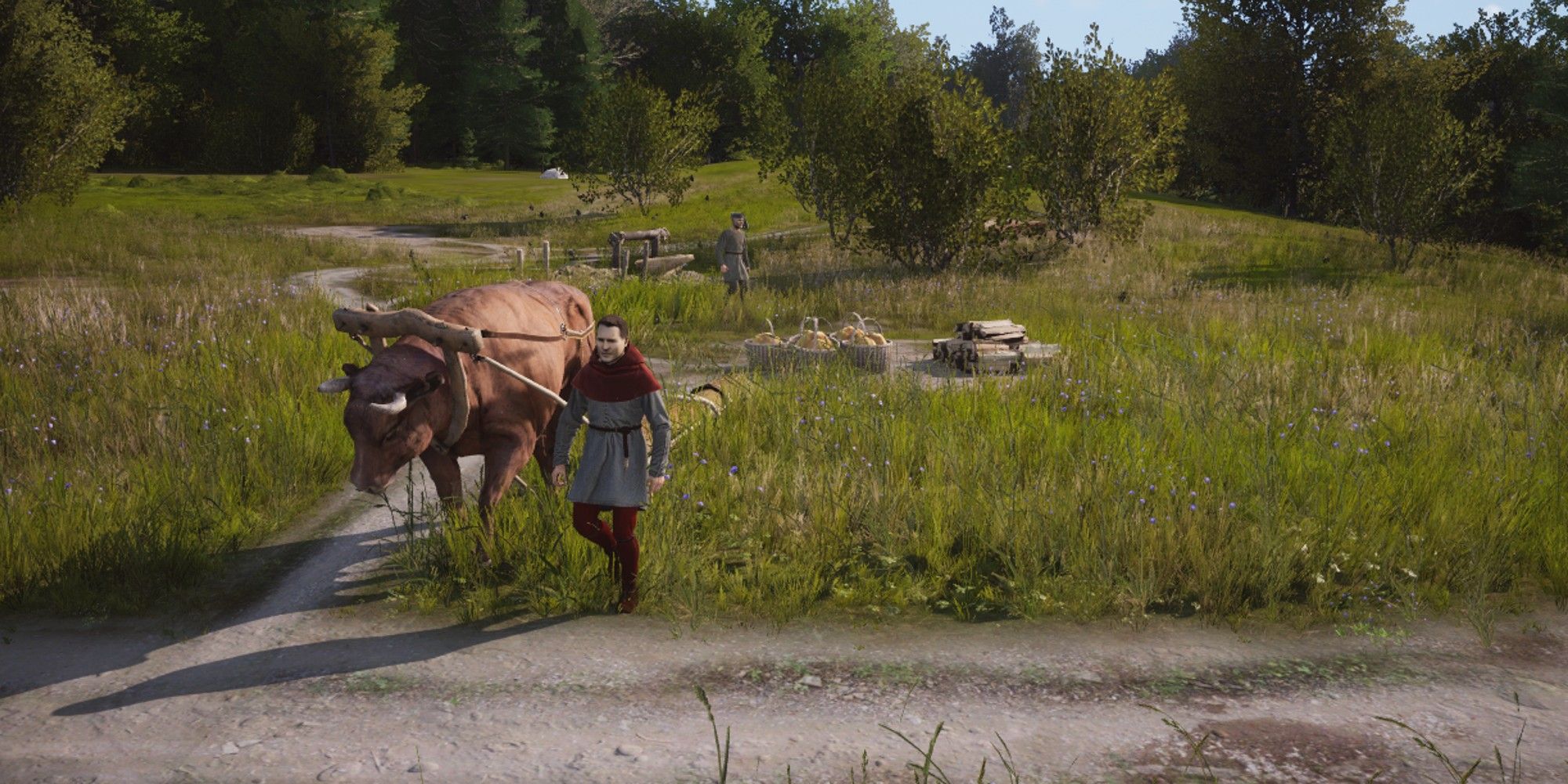 Because Manor Lords isn’t just a city-builder, although that is all we’ve got access to in this demo. There are also Total War-esque RTS battles on the horizon. I can already tell that the pain of losing your armies will be doubled due to the fact that you’ve spent the past couple of hours carefully cultivating your village to produce men of fighting age. Citizens can also rebel, and in true brutal medieval fashion, these rebellions will likely need to be squashed.

For now though, the Manor Lords demo is a quieter game. I can’t remember the last time I played a city-builder in its slowest speed setting, but the atmosphere of the game and the individual lives of the villagers drew me in. You can watch as your builders manually construct every beam of a new smallholding, or as your villagers plant their vegetables in the back garden. If that sounds like your way of spending a rainy Sunday afternoon, I would recommend downloading this game ahead of the weekend. 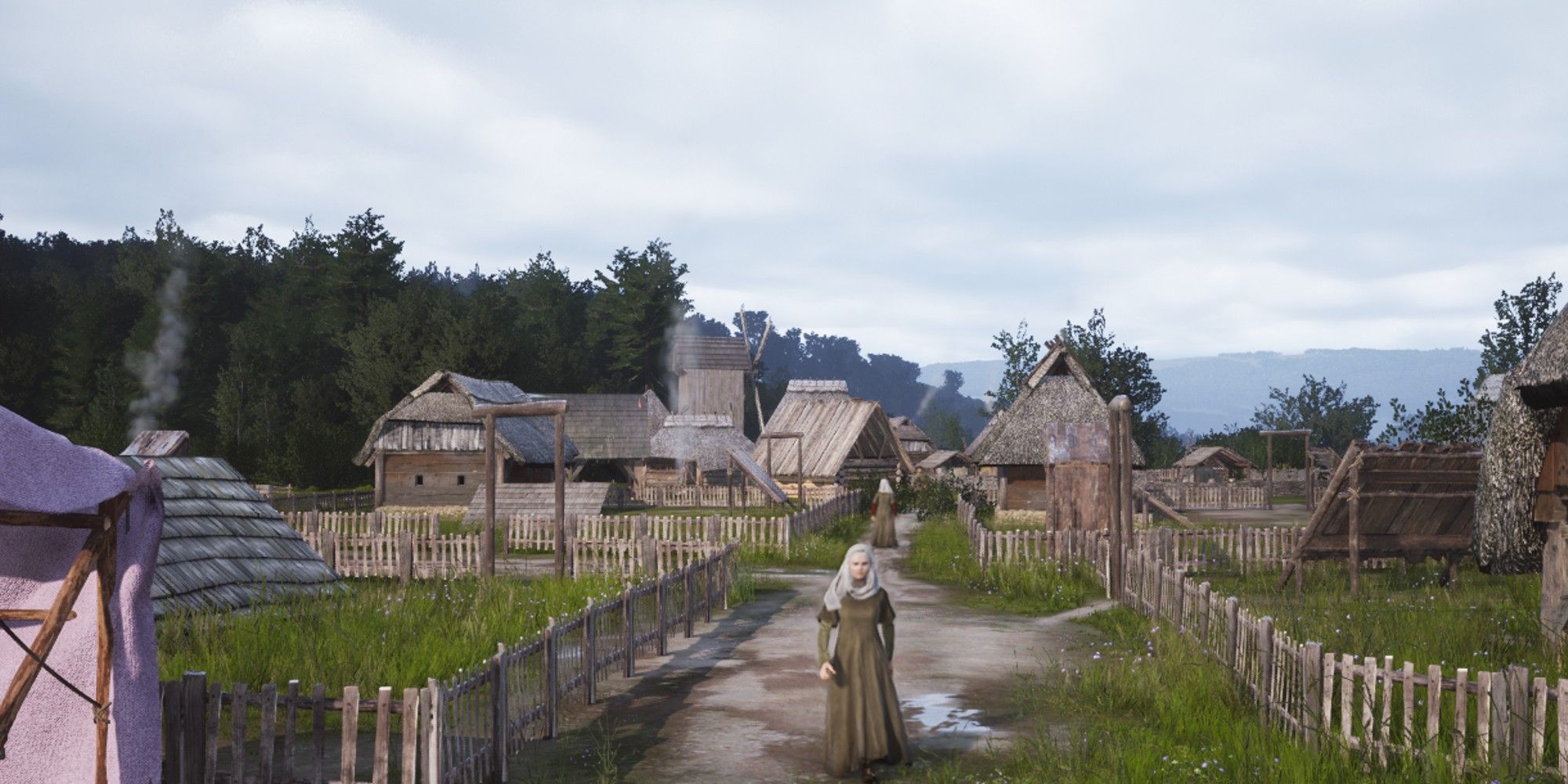 The Manor Lords demo is currently available via Steam Next Fest, a festival that celebrates upcoming indie games and talent. You can download and play Manor Lords until October 10.