You are here:
Home / Magic: The Gathering’s D&D Set Comes With Explorable Dungeons In Card Form

The upcoming Magic: The Gathering and Dungeons & Dragons crossover, “Adventures in the Forgotten Realm”, is adding a brand-new mechanic to the tabletop card game. The D&D-themed card set will allow Magic players to traverse through three iconic dungeons as seen in the classic tabletop RPG. As players make there way through these dungeons, they have the opportunity to claim rewards and advantages.

The much-hyped “Adventures in the Forgotten Realms” card set will allow the exploration of dungeons through the new “venture” feature. Specific cards within the deck will have that keyword and will pair with specific dungeon cards. These dungeons include the classic and challenging Tomb of Annihilation, the Dungeon of the Mad Mage as seen in the 5th edition of the TTRPG, and the Lost Mine of Phandelver, a starter adventure from the 5th edition. Players will not be required to draft these dungeon cards or include them as part of their deck in the beginning of a match. Instead, they will be available at any time for players to dive into. Both players will be allowed to travel through the same dungeon and each can travel through multiple dungeons at the same time. 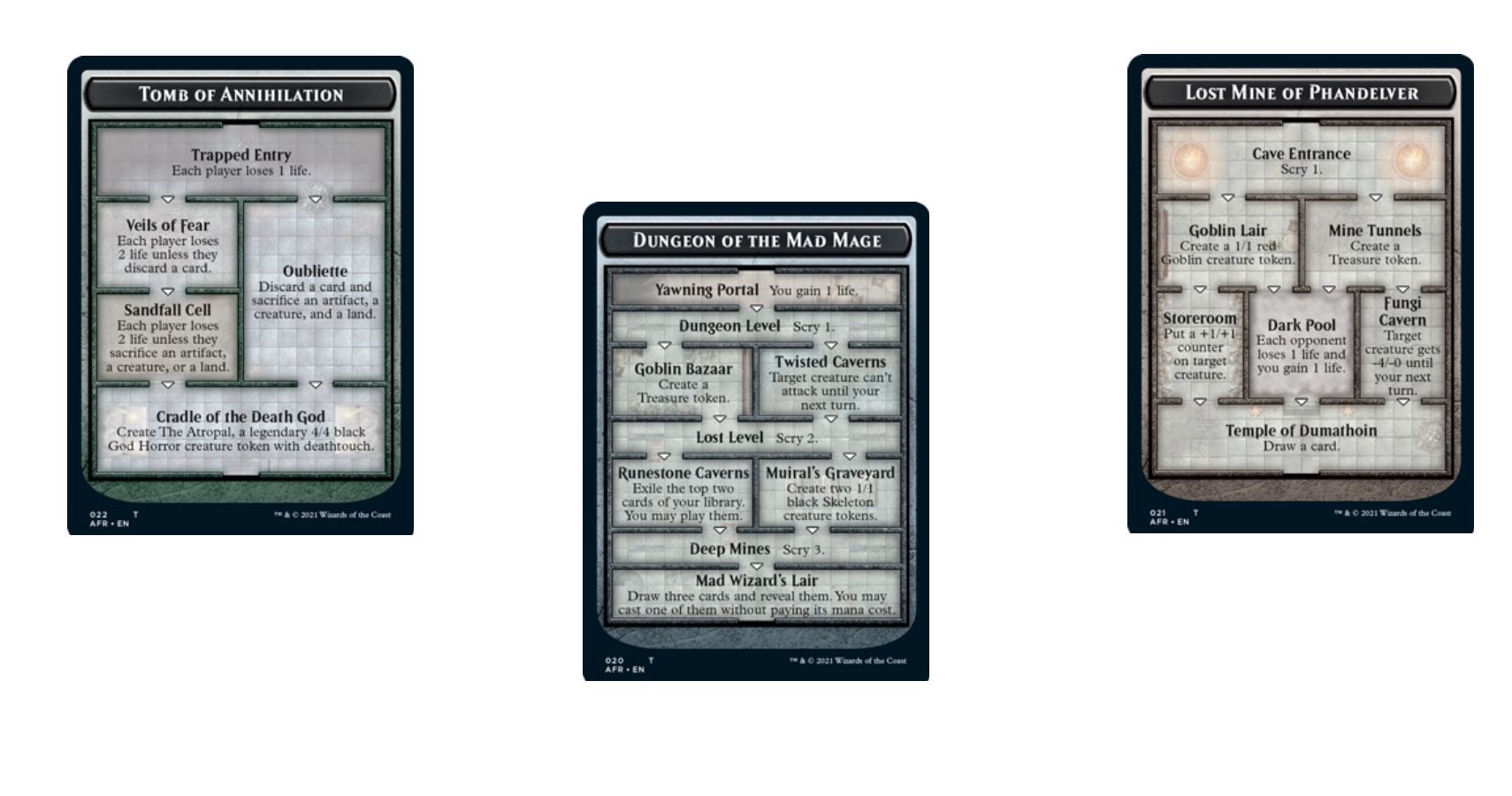 Each of the dungeons will offer multiple rooms that span across multiple levels. When a player uses the “venture” keyword they can delve deeper into the dungeon, carefully choosing which path to take. A player’s progress through a dungeon is marked by a small token on the card and in each room they will be able to activate any text or available effects. When they reach the end of the dungeon, they will be offered a reward including the chance to draw additional cards, create token creatures, or cast a card for free. Also, completing a dungeon will allow for specific ability text on other cards to be used, making the trek through a dungeon worthwhile.

According to Wizards of the Coast, these will be the only dungeons available in the “Adventures in the Forgotten Realms” set and it is unclear whether future sets will add more. Earlier this week, Wizards of the Coast announced a free adventure for mid-level D&D players as part of the build-up for this collaboration. The publisher is hoping that this crossover will bring established D&D players into the world of Magic: The Gathering, and vice versa.

The “Adventures in the Forgotten Realms” card set is expected to hit Magic: The Gathering on July 15, with a global release set for July 23.