If the weekend for Magic: The Gathering's Unfinity preview season was a slow climb up the hill, today is the drop back down as we rush head-first into the final days. There are dozens of cards revealed today, with lots of them either being scarily powerful, hilarious, or stuffed full of references you might've missed.

Whether it's a card that can turn counters into Food tokens, a Tunnel of Love that flickers yours and a pal's creatures, or a new Urza's lan that produces infinite mana, here's everything revealed on day seven of Unfinity's spoiler season. 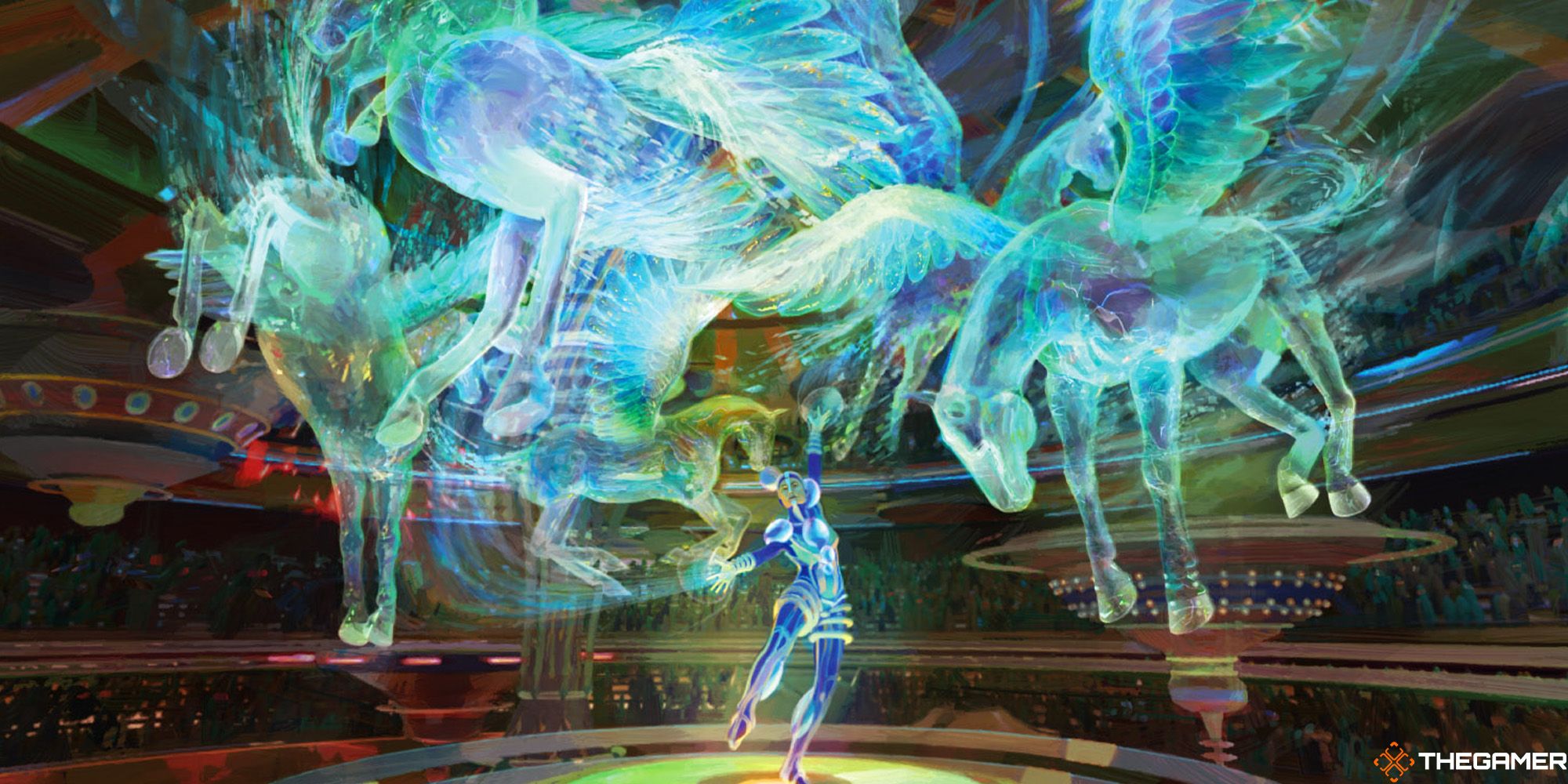 Today's Eternal cards, which are legal in Vintage, Pauper, Legacy, and Commander, aren't the most powerful ones we've ever seen. A lot of the effects are fairly reasonable, like Resolute Veggisaur getting counters when you roll at least three dice a turn, or Ferris Wheel phasing creatures out – but only once.

That being said, we also have Strength-Testing Hammer which could give a creature +6/+0 (or up to +12/+0 if you're playing it in an attack-doubling deck like Isshin or Wulfgar), and Storybook Ride can give you a h uge amount of card advantage on your turn. It's nice that it doesn't just exile the cards if you don't play them like many other impulsive draw effects do; they instead just go to the bottom of your library.

Speaking of Storybook Ride, fans of Throne of Eldraine will notice a few things about it. Primarily the Gingerbread couple from the set's trailer finally making an appearance in the game itself, but also the flavour text that is a thinly-veiled reference to how many people considered it overpowered during its time in Standard. 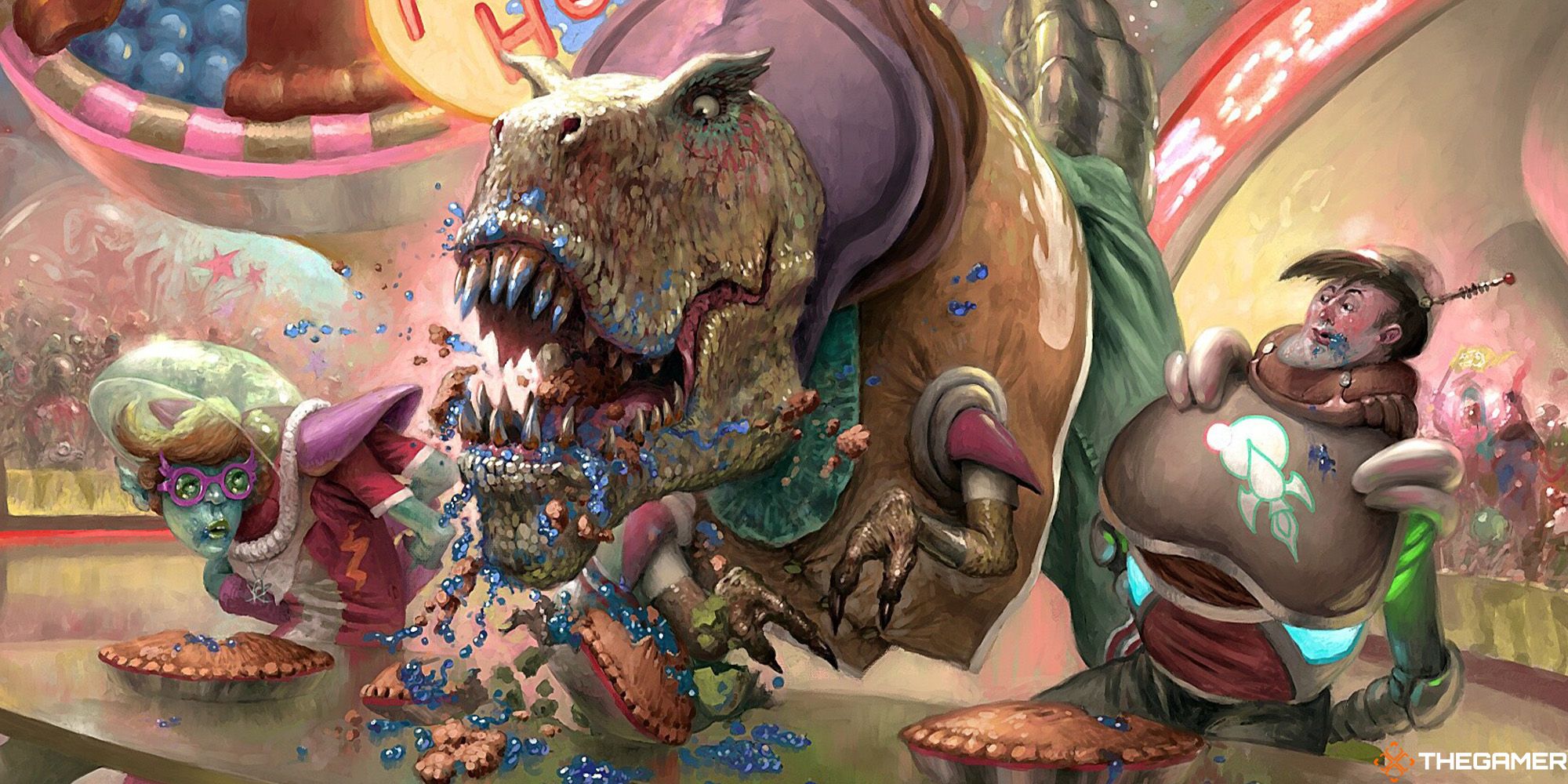 Today's Acorn cards more than make up for the lack of spice we saw in the Eternal offerings, as there's a lot of stuff here that could easily be problematic if it got let loose on the wider game.

Plate Spinning allows you to copy spells, but only if you can balance cards on your fingertips (I tried it, my record's three), which sounds like a big drawback but is more than reasonable if you're only planning to fire off one or two more powerful spells to end the game. There's also Form of the Approach of the Second Sun, an enchantment that turns you into a card and asks you to put the top six card of your library on your head. Just like the real Approach, it's an alternate win condition, but one that's possibly a lot easier to win with.

It Came From Planet Glurg is absolutely broken in all the best ways. While it doesn't feel too far from the mutate mechanic in its ability to combine text boxes, the fact it enters the battlefield with those texts means you could easily set up some really powerful synergies. One that springs to mind is using a Prime Speaker Zegantha and the combined power and toughness of your most powerful creatures to draw a ton of cards.

The real scary one is Standard Procedure, a free-to-cast instant with an activated ability that turns it into almost any instant in the current Standard format. Removal, ramp, draw, Standard Procedure is anything you need it to be, and it's only going to get better as Standard expands and rotates over the years.

Of course, there's some quirkier cards here too. Trapeze Artist asks you to throw it onto the battlefield (or, altenratively, flub the throw to get multiple enters-the-battlefield triggers), and Astroquarium needs you to patch up the cracks in its art with stickers.